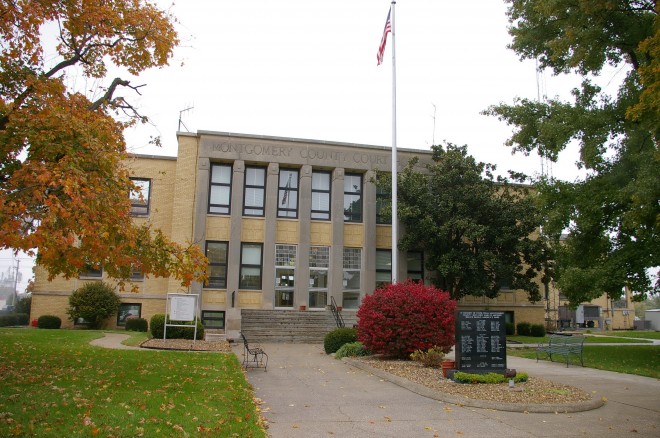 Description: The building faces south and is a two story buff colored brick, glass and concrete structure. The building is located on landscaped grounds in the center of the city. The south front has vertical divisions between the entrances and windows. The centre section projects from the main building and has vertical concrete dividers with windows between. The roof line is flat. 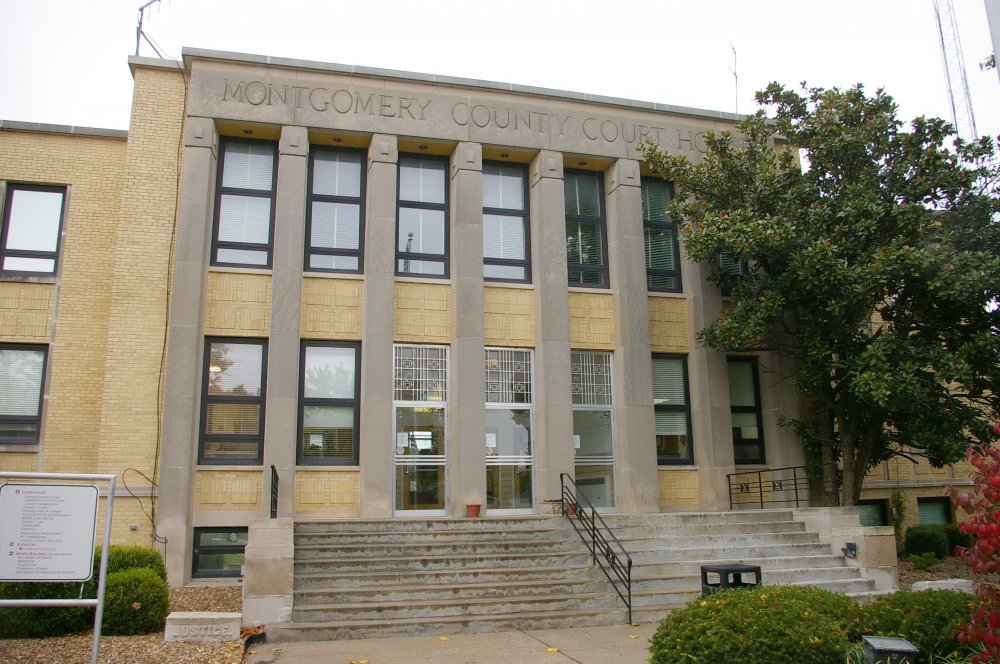 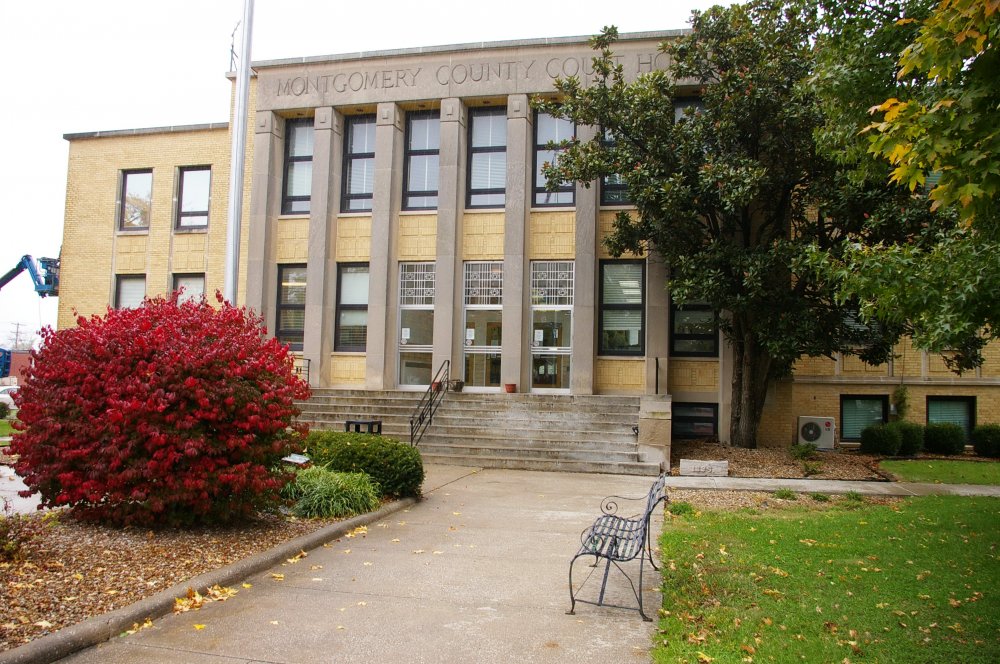 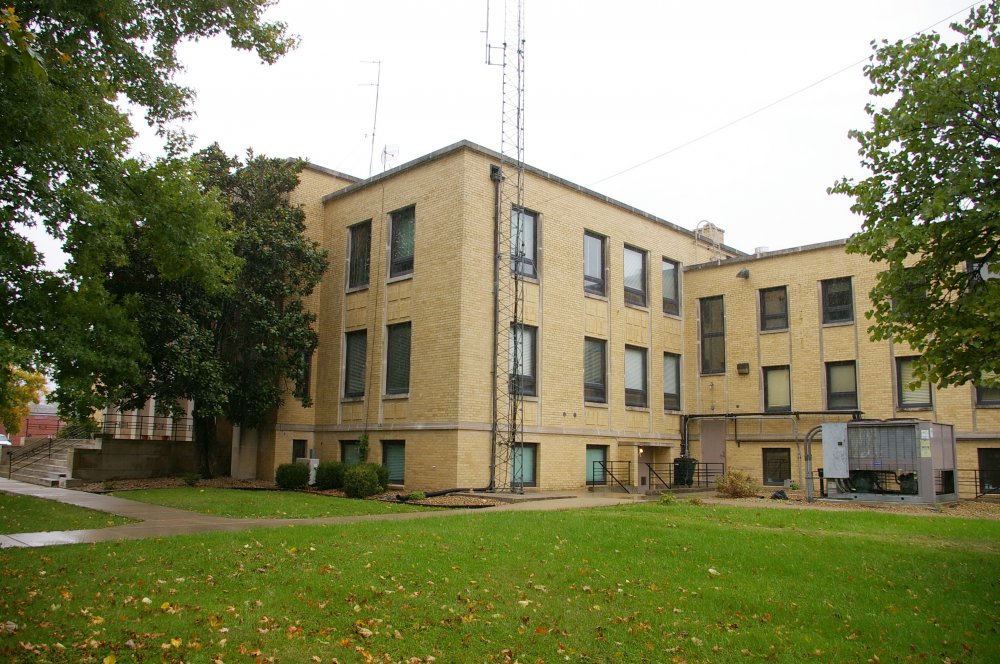 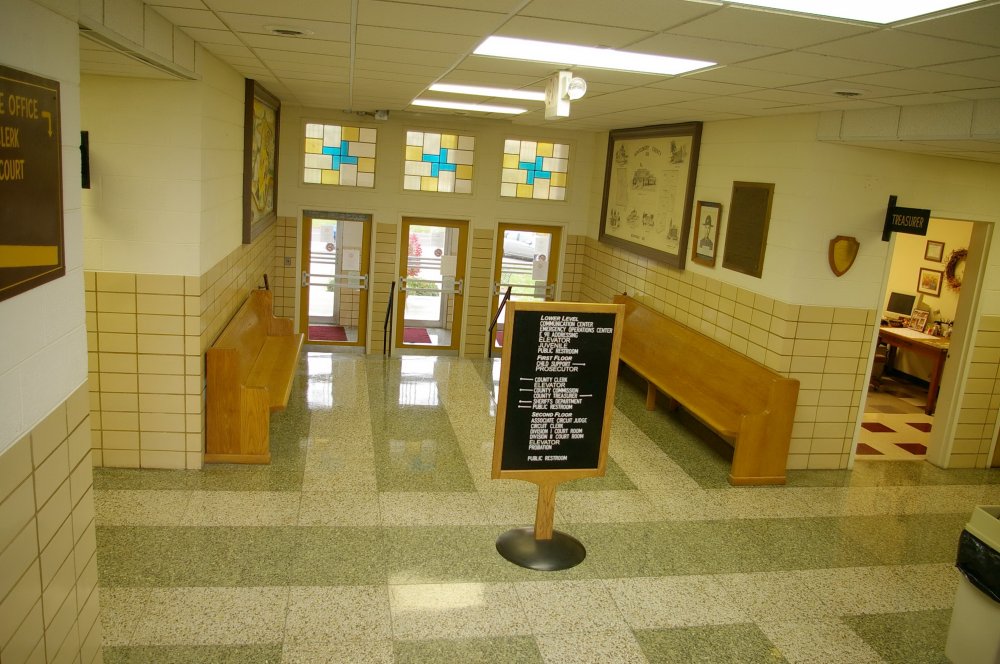 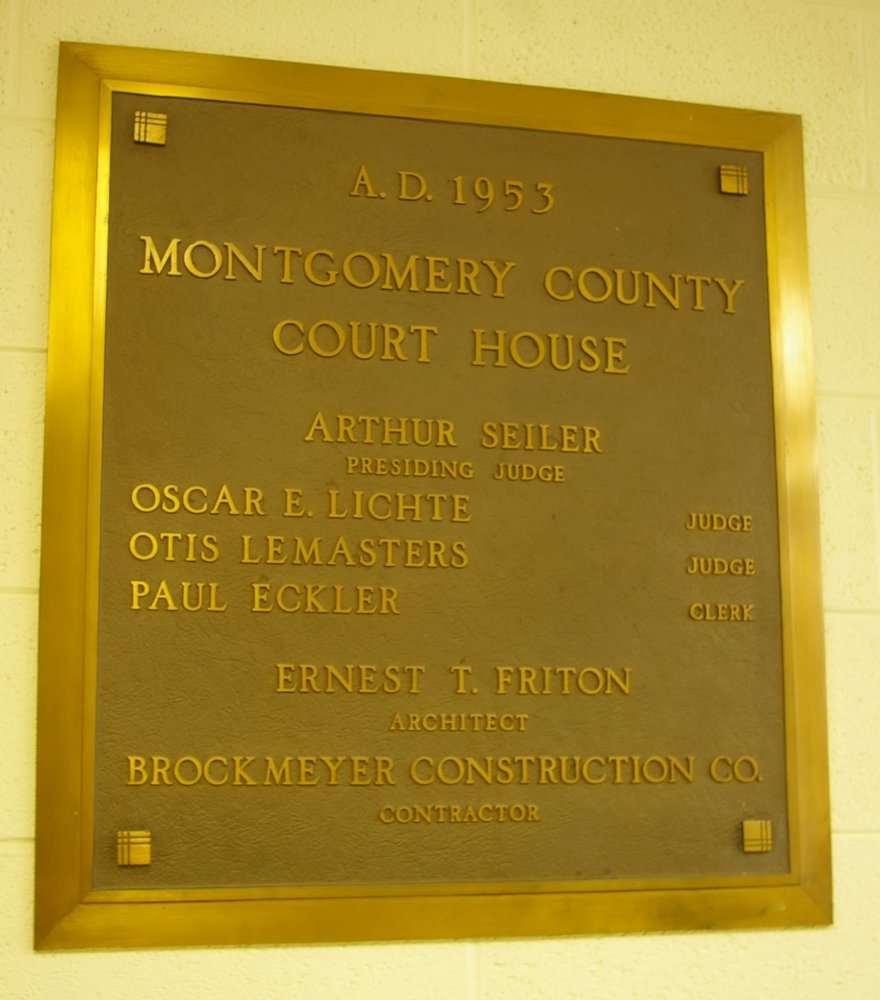 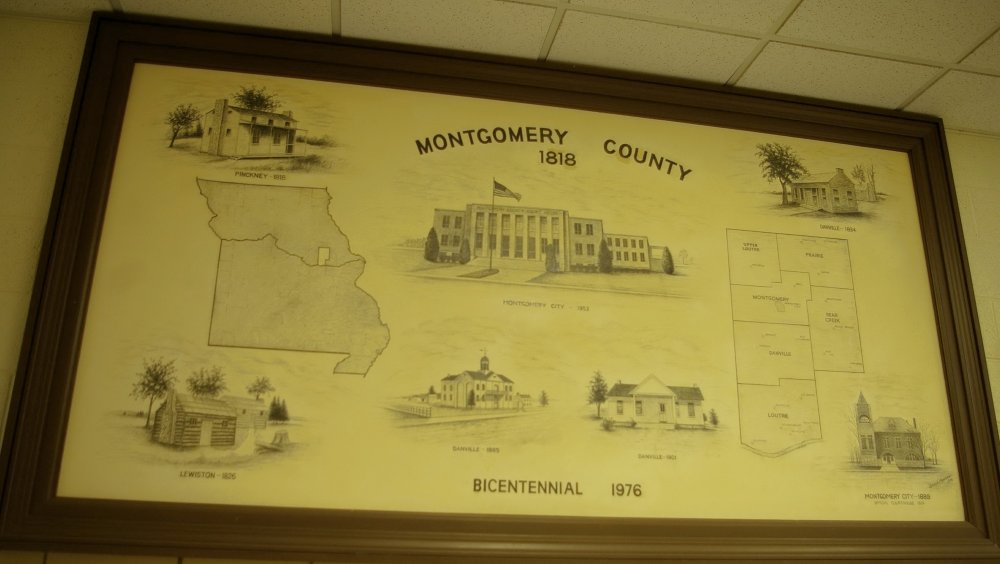 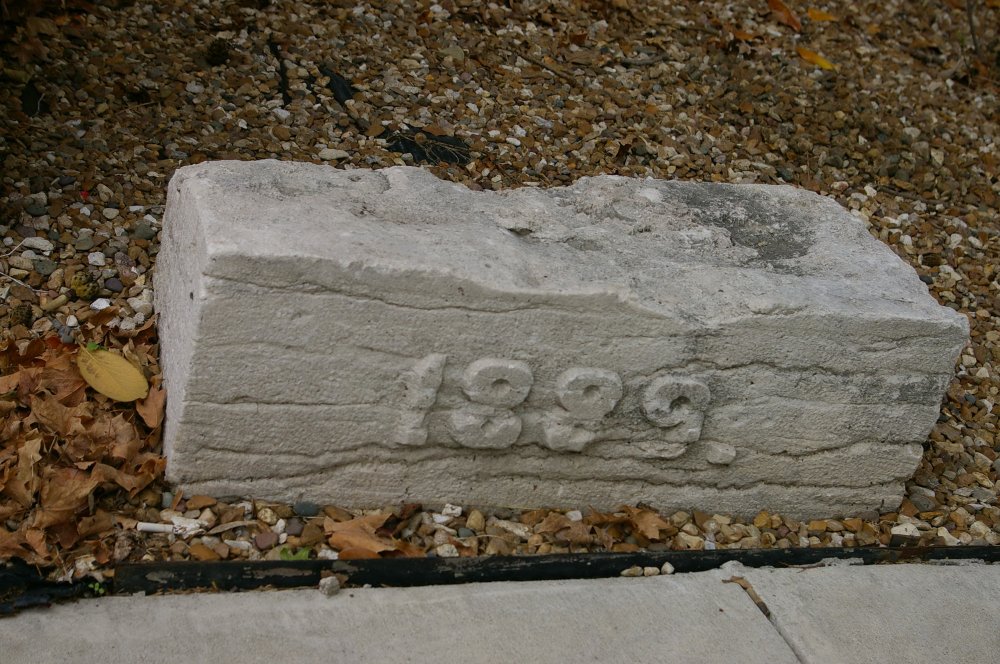 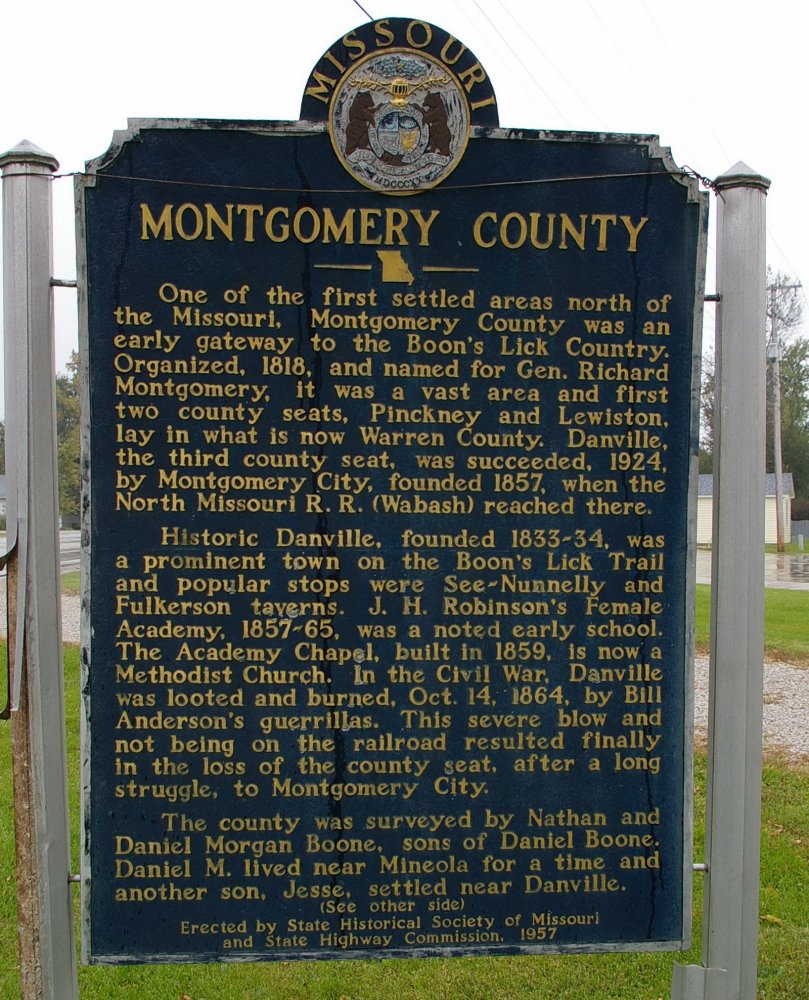