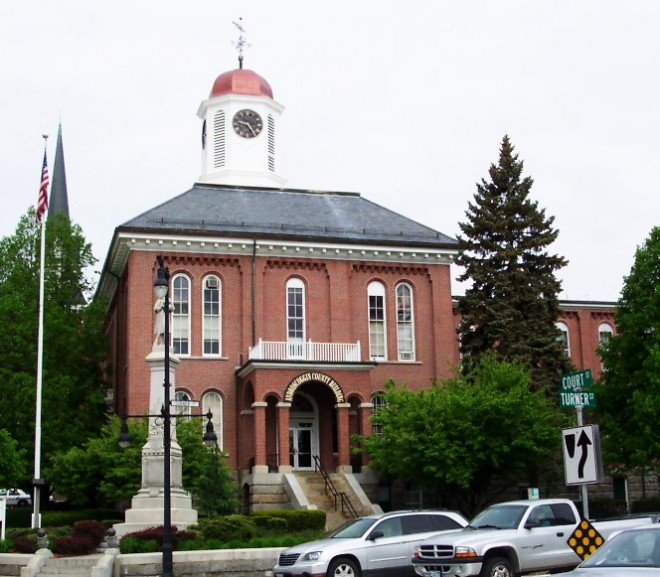 Androscoggin County is named for the Androscoggin Native American tribe who resided in the region. 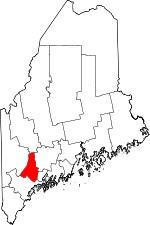 Description:  The building faces east and is a two story red colored brick structure. The building is located on landscaped grounds in the center of Auburn, The building has a portico on the first story with balcony above. The windows are narrow and arched. On the center of the roof is a white colored cupola with gold colored dome. The roof is hipped. The old courtroom is located on the second story. A seated figure of Justice overlooks the room from a mural painted by Harry Cochrane. An addition was added to the north side in 1922. The architect was Jarry S Coombs and the contractor was George W Lane and Company. Additions were made in 1970 and 1990.

History:  The county was created in 1854 and Auburn was designated as the county seat. The first court met in Jones Hall in Lewiston and in 1855, the court met in Auburn Hall in Auburn. The first and present courthouse was constructed in 1856 to 1857 at a cost of $69,753. 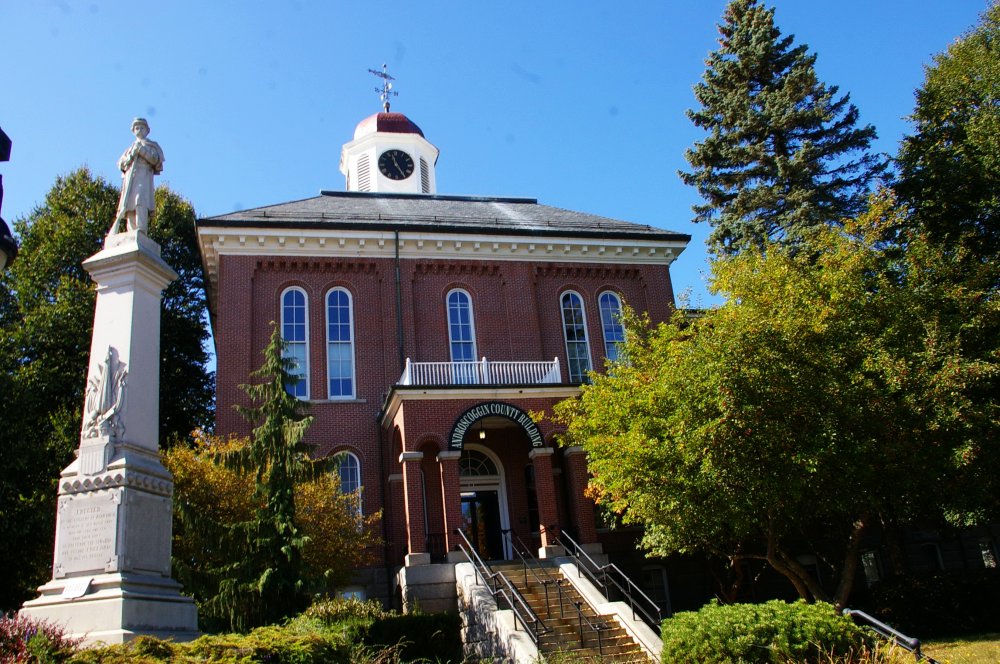 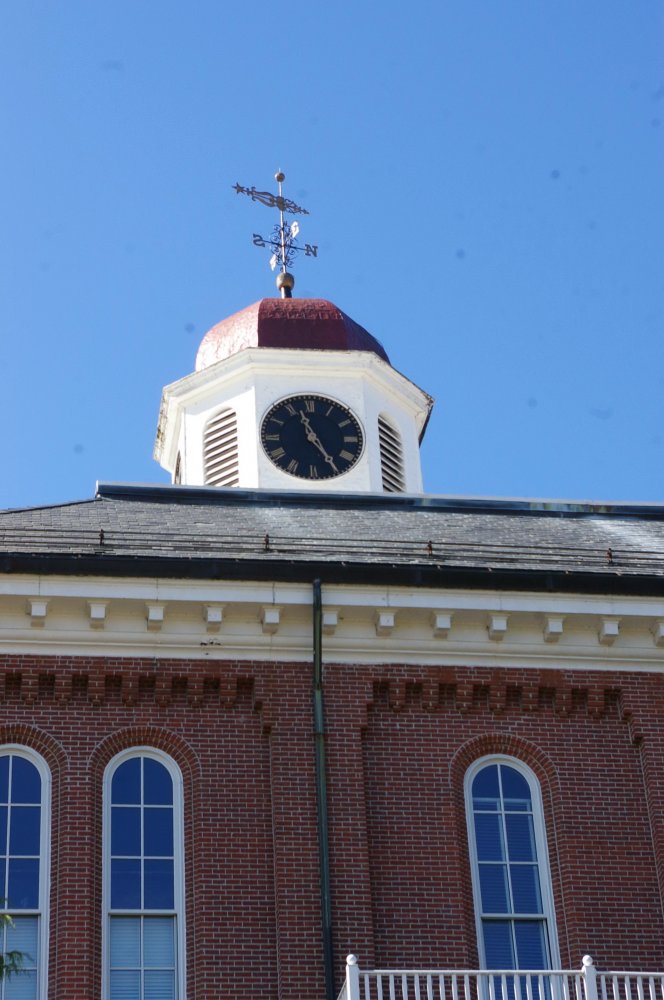 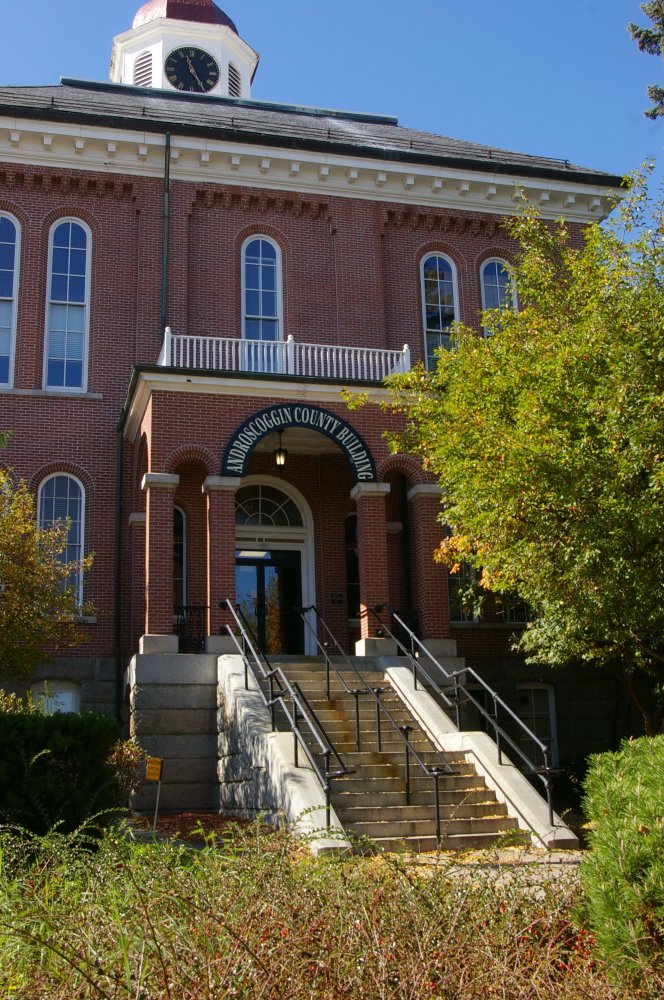 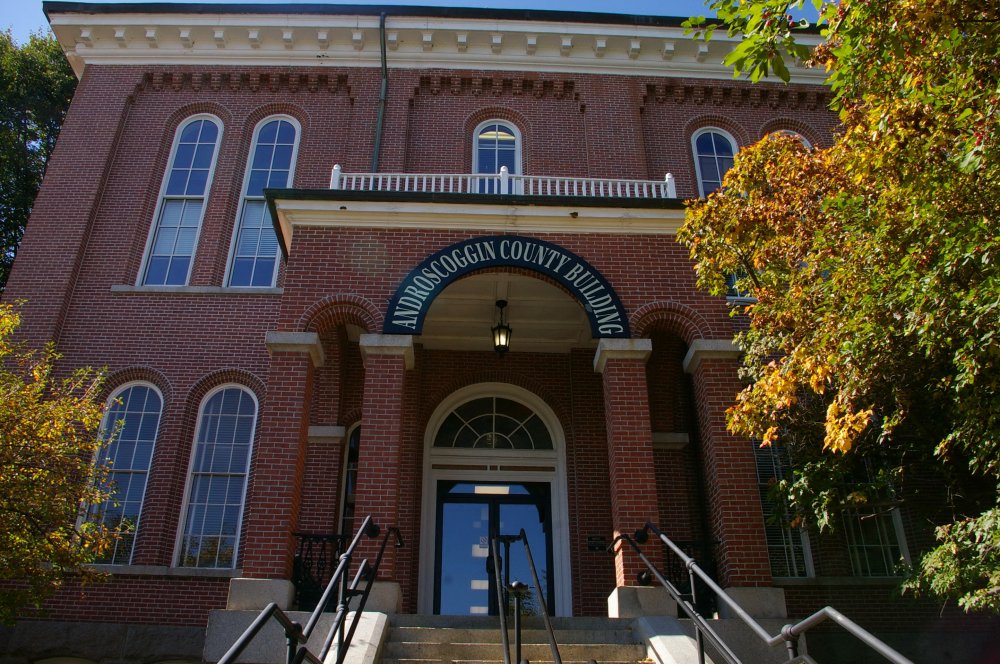 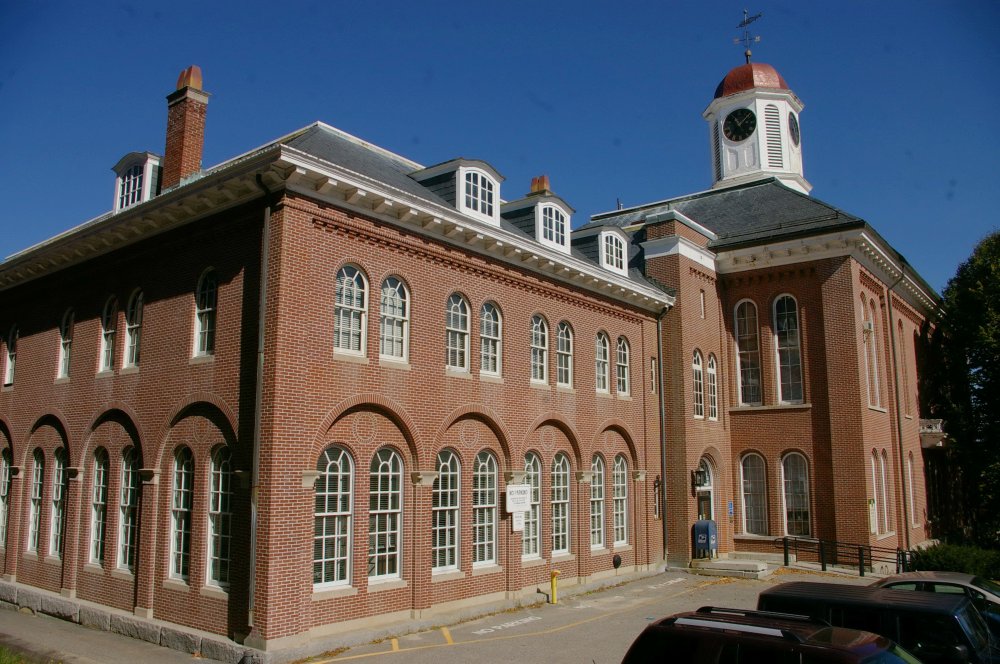 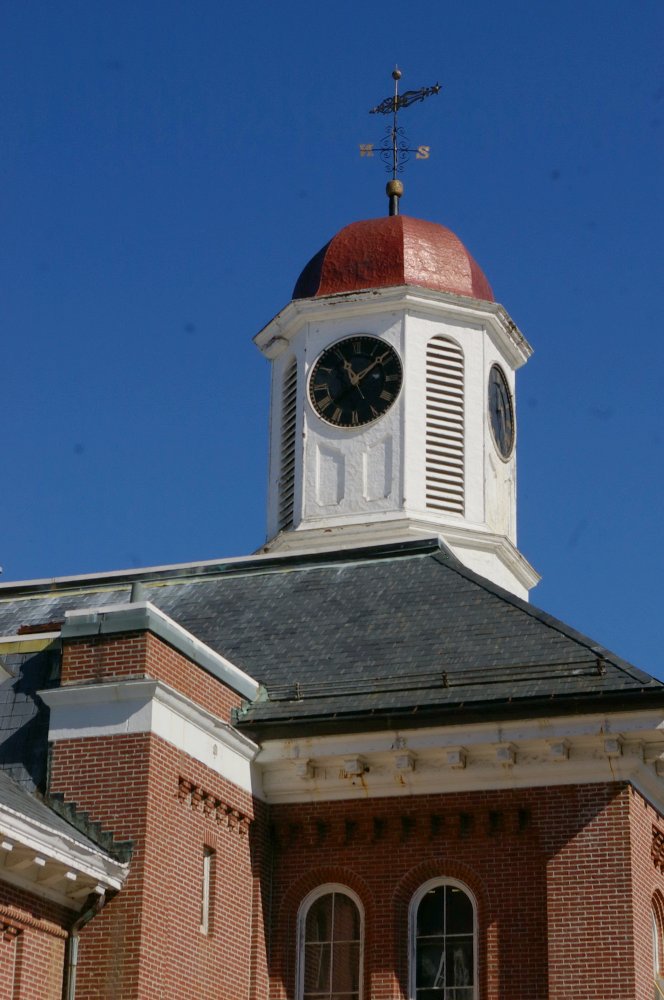 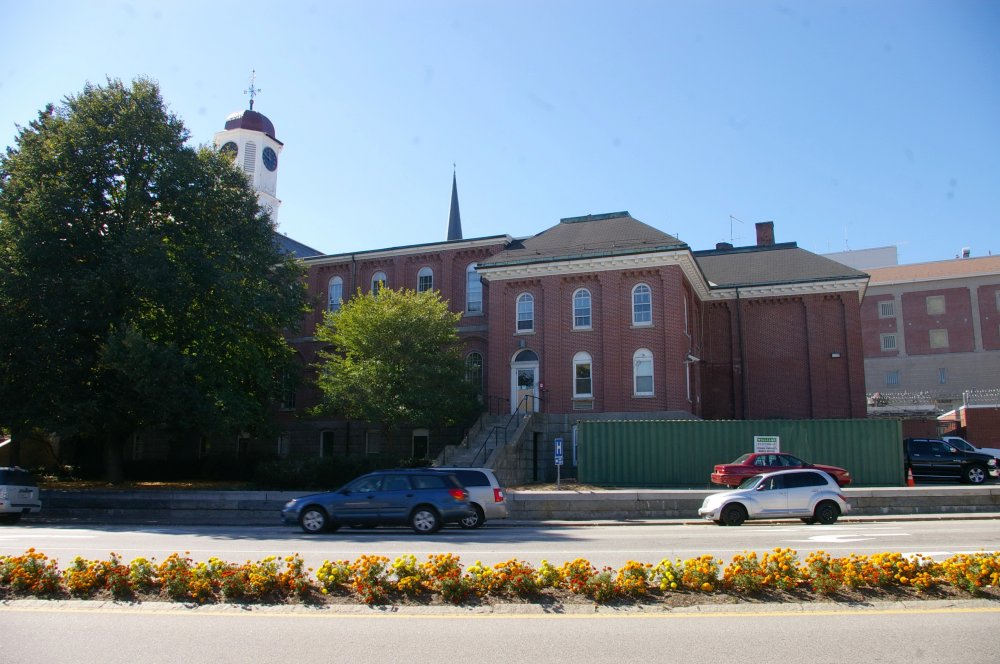 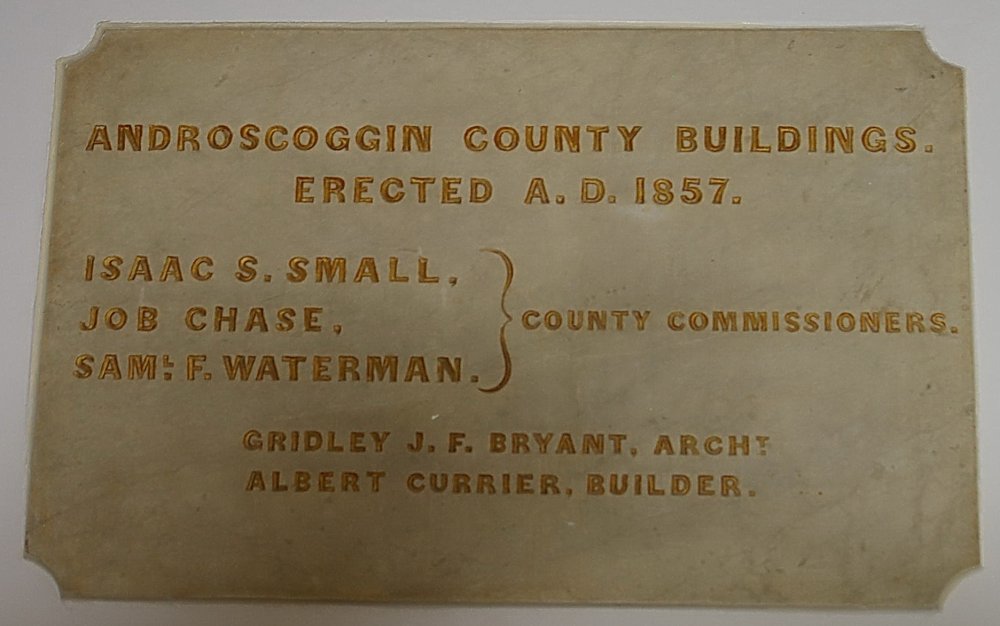 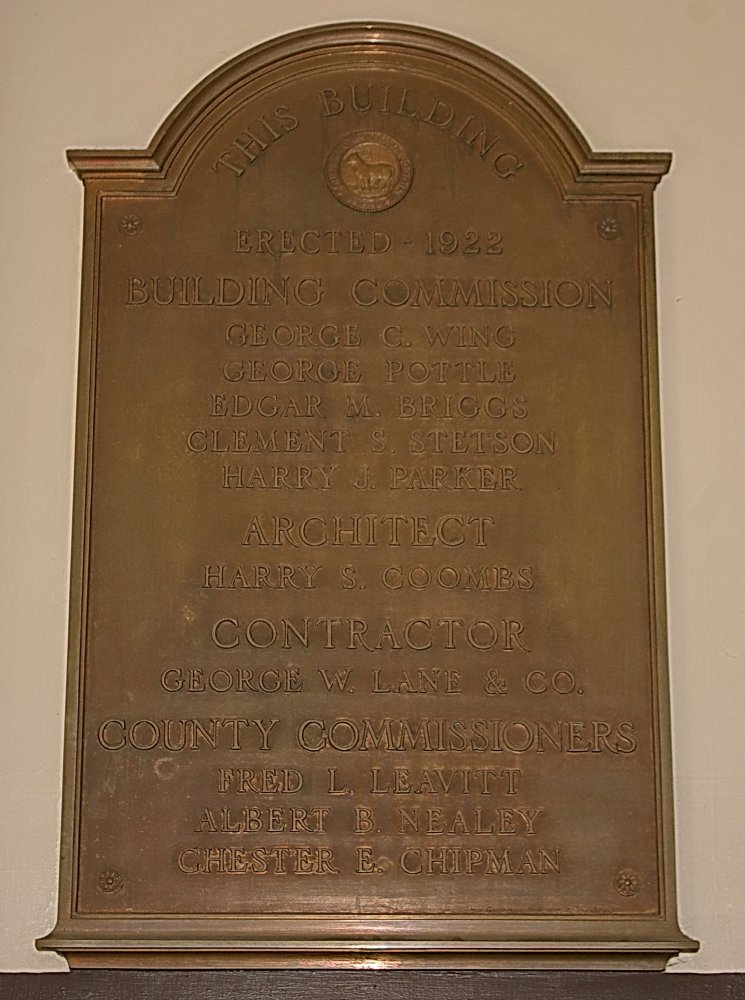