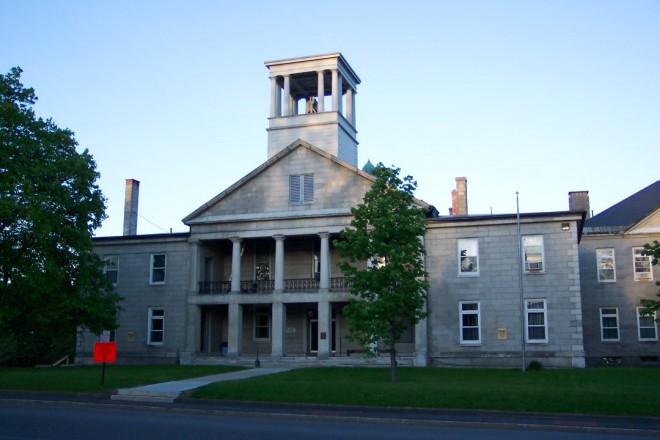 Description:  The building faces west and is a two story gray colored granite stone  structure. The building is located on landscaped grounds in the city center and has a portico with sis square stone columns on the first story and white colored columns on the second story. Above the pediment rises a square wood bell tower with open top section. The large courtroom on the second story houses the Supreme Court when it sits in Augusta. An addition was added in 1851 and another addition added in 1907. The architect was G H Desmond. On the east side of the building is the Capital Judicial Center connected by a skywalk on the second story. On the south side is the Old County Jail.

See:  The Supreme Court is located in  Cumberland County. Description:  The building faces east and is a four story buff colored brick. glass and concrete structure. The building is located along the east side of the courthouse in the city center. The south front has eight vertical pillars with a horizontal header and behind is the buff colored brick and the glass paneled entrance. The southeast corner has a high dark colored glass tower. The roof line is flat. The building is connected by a skywalk to the courthouse and houses the Superior Court, Family Court and the District Court. 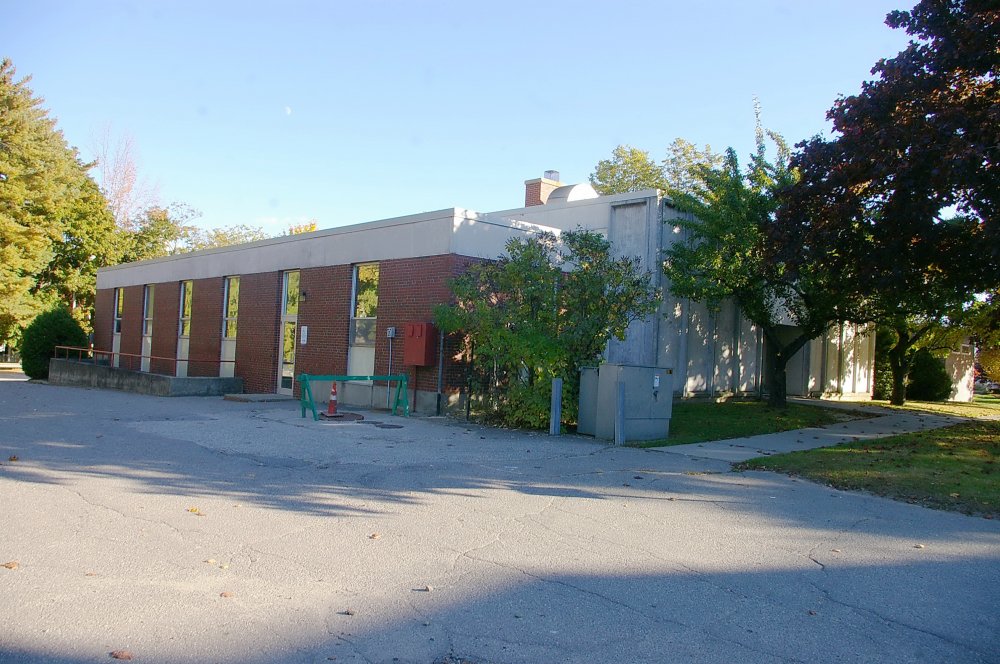 Description:  The building faces west and is a one story red colored brick and concrete structure. The west front has a concrete framed central entrance. A wide concrete band runs along the flat roof line. The windows are vertical. The building was demolished when the court moved into the Capital Judicial Center. 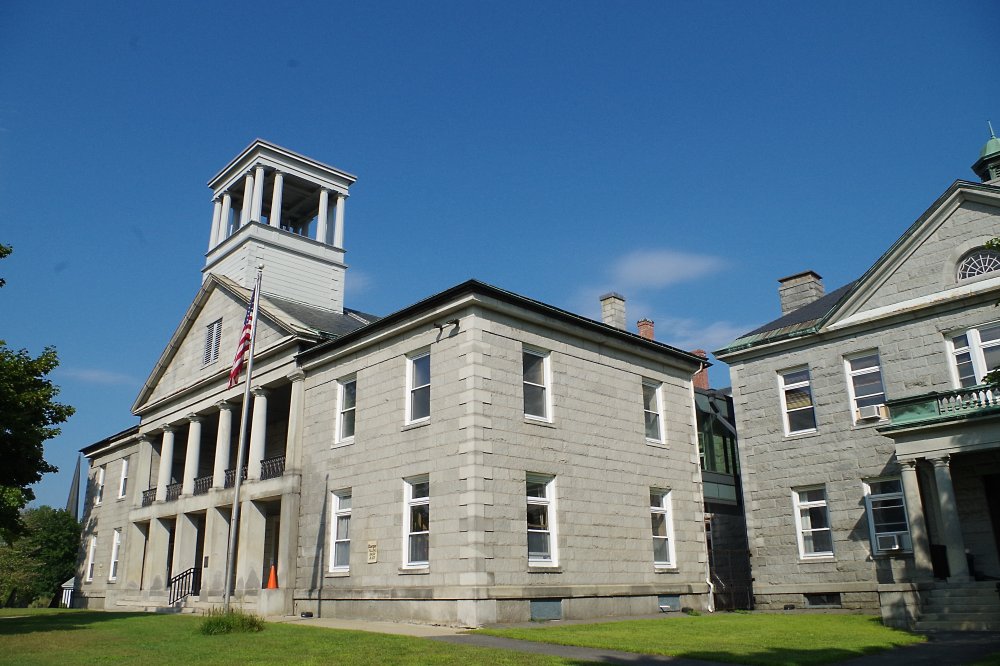 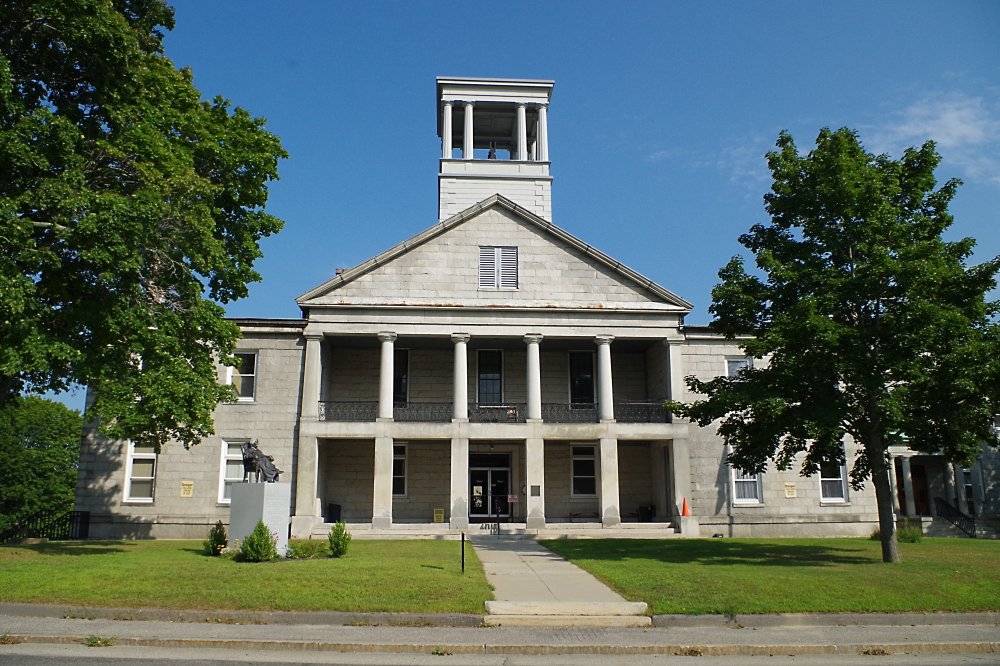 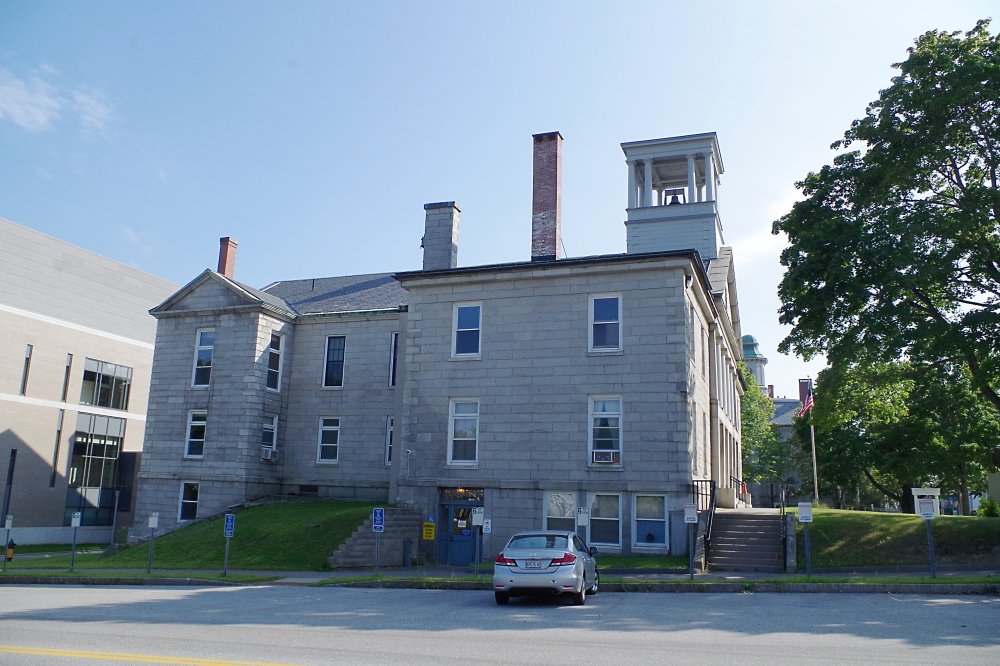 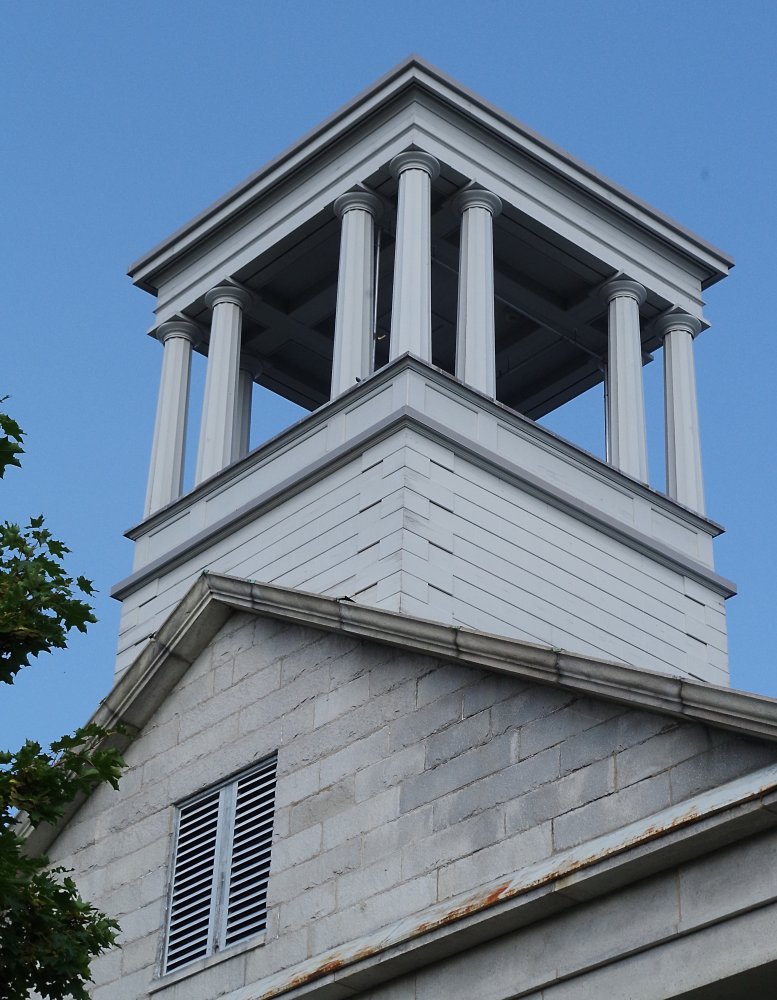 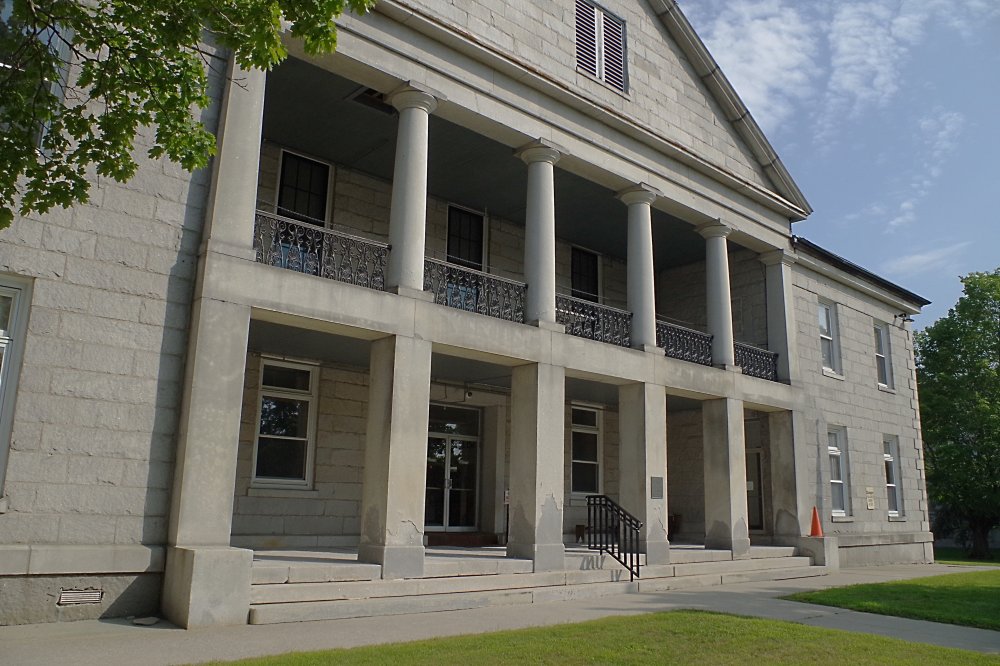 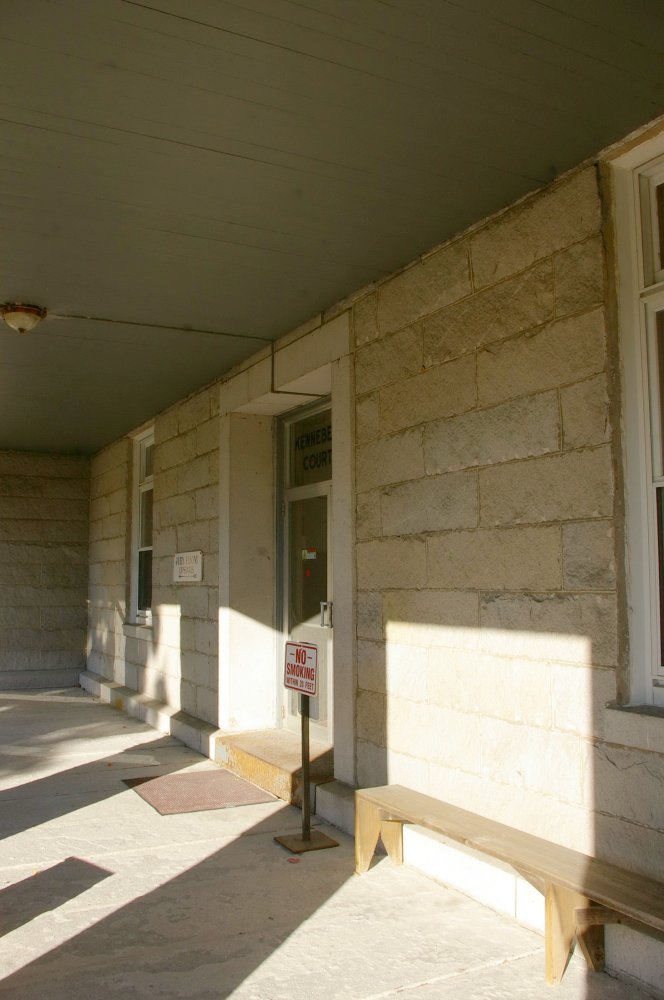