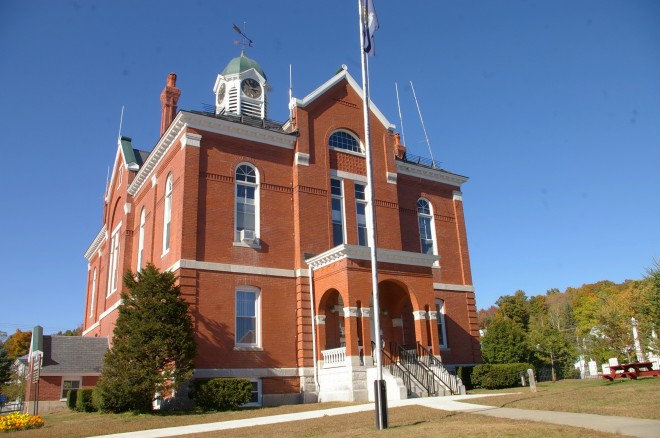 Description:  The building faces southeast and is a two story red colored brick structure. The building is located on landscaped grounds in the center of Farmington and has center sections on the south, west and north sides which rise to peaks at the roof line. The southeast front has a large one story arched porch. The windows on the second story are arched. On the center of the roof is a square white colored cupola with green colored dome. The courtroom is located on the second story. The building was remodeled in 1958. The architect was Alonzo J Harriman and the contractor was K & H Foster Inc. The Annex on the northwest side was built in 1917. The architect was Harry S Cooms and the contractor was Joseph W Mathiew. On the southwest side of the building is the Superior Court housed in a one story red colored brick commercial building. 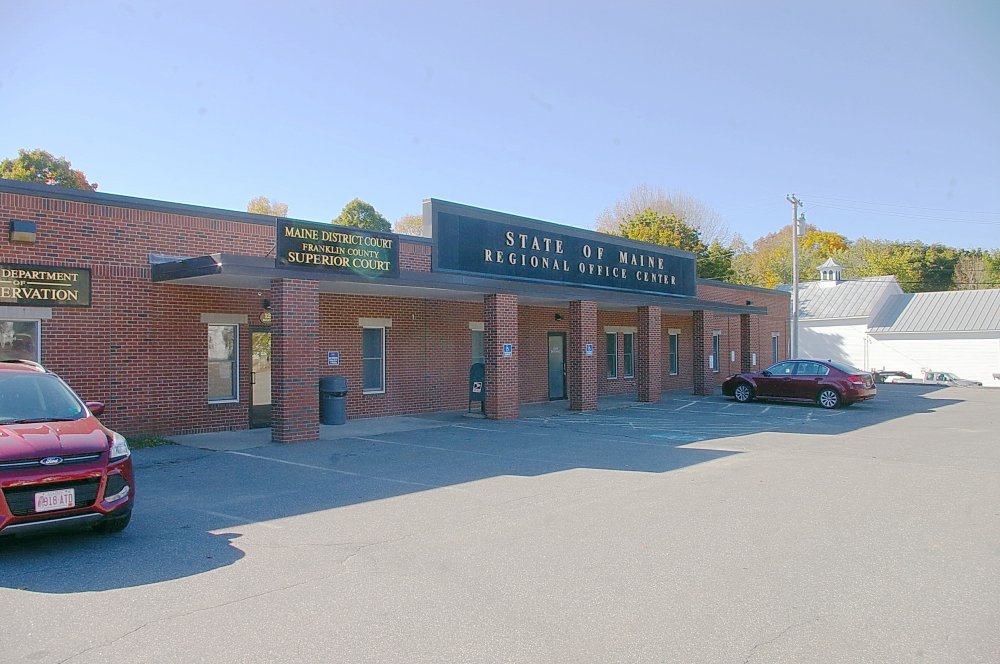 Description:  The building faces northeast and is a one story red colored brick and concrete structure. The building is located in the center of Farmington northwest from the courthouse. The front of the building has a porch with brick pillars. The roof lie is flat.

History:  The county was created in 1838 and Farmington was designated as the county seat. The first courthouse was The First Meeting House Society built in 1822 at a cost of $4,670. In 1838 the county rented the upper story and constructed a courtroom. The second and present courthouse was constructed in 1885 to 1886. 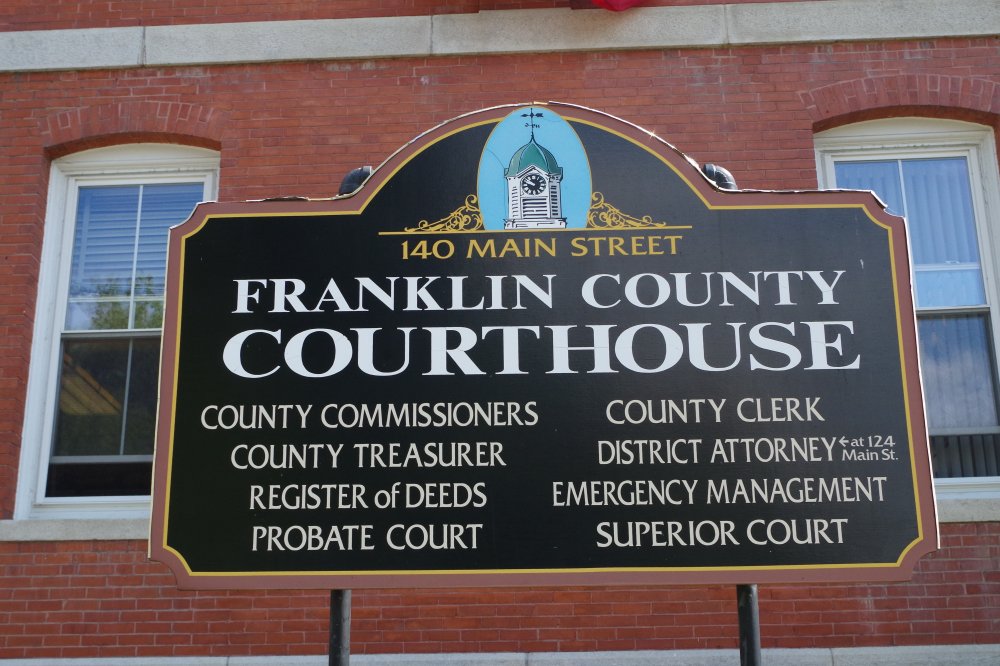 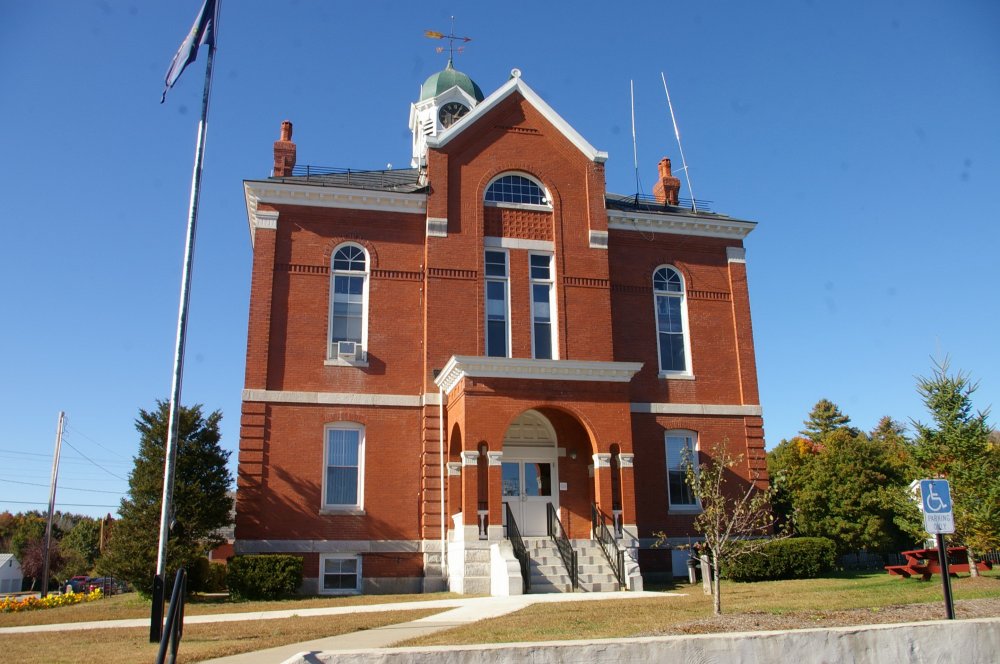 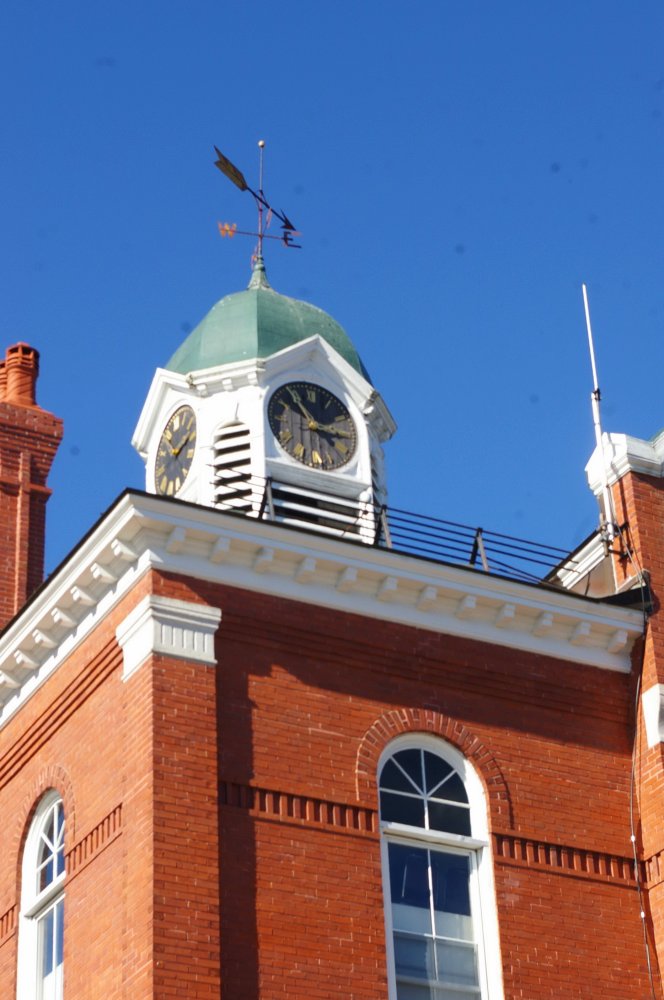 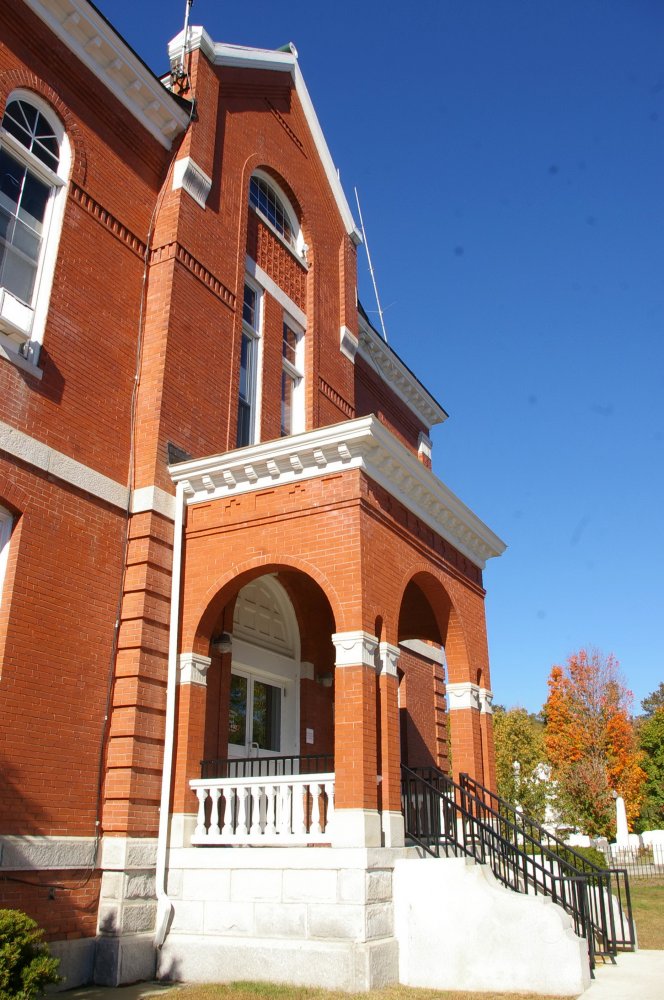 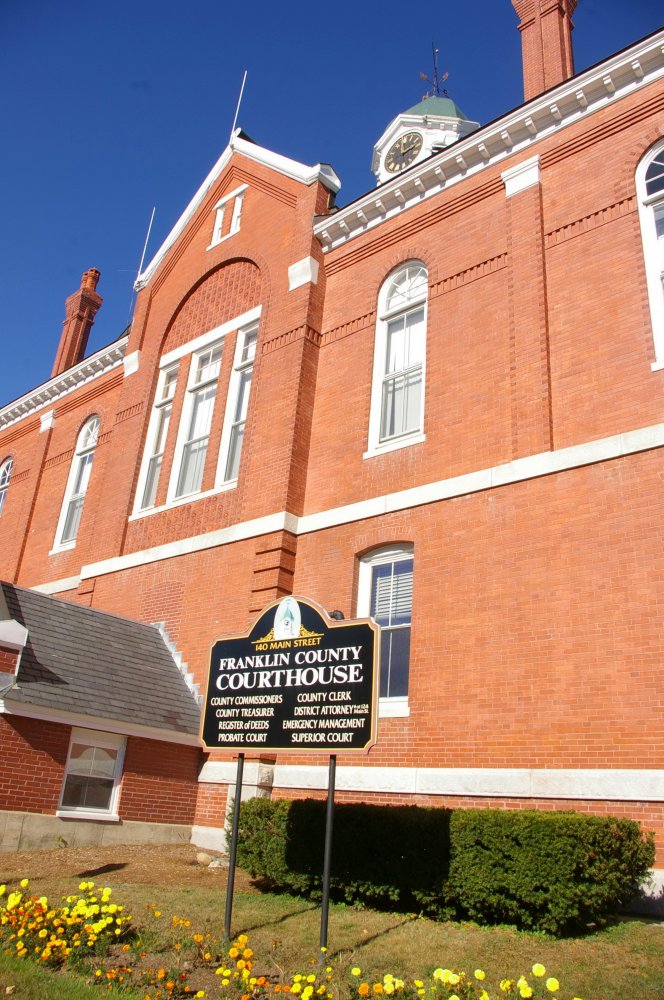 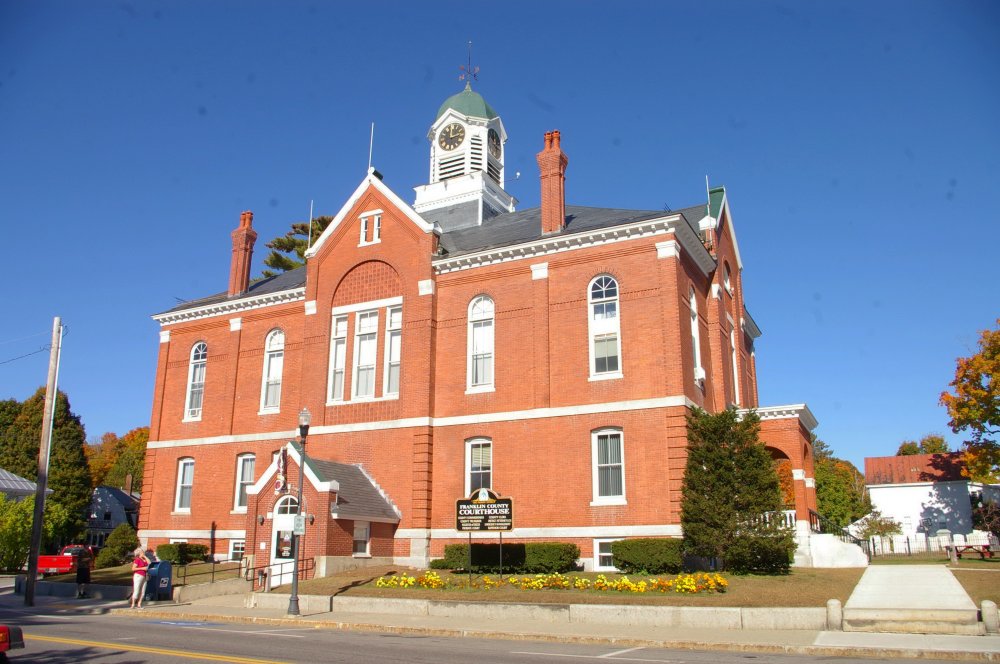 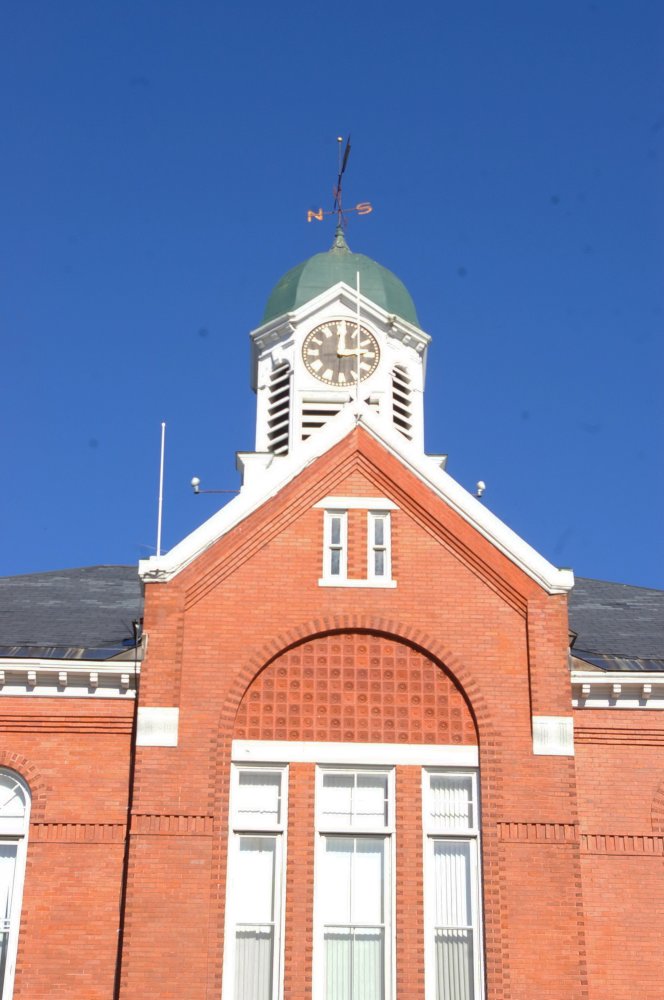 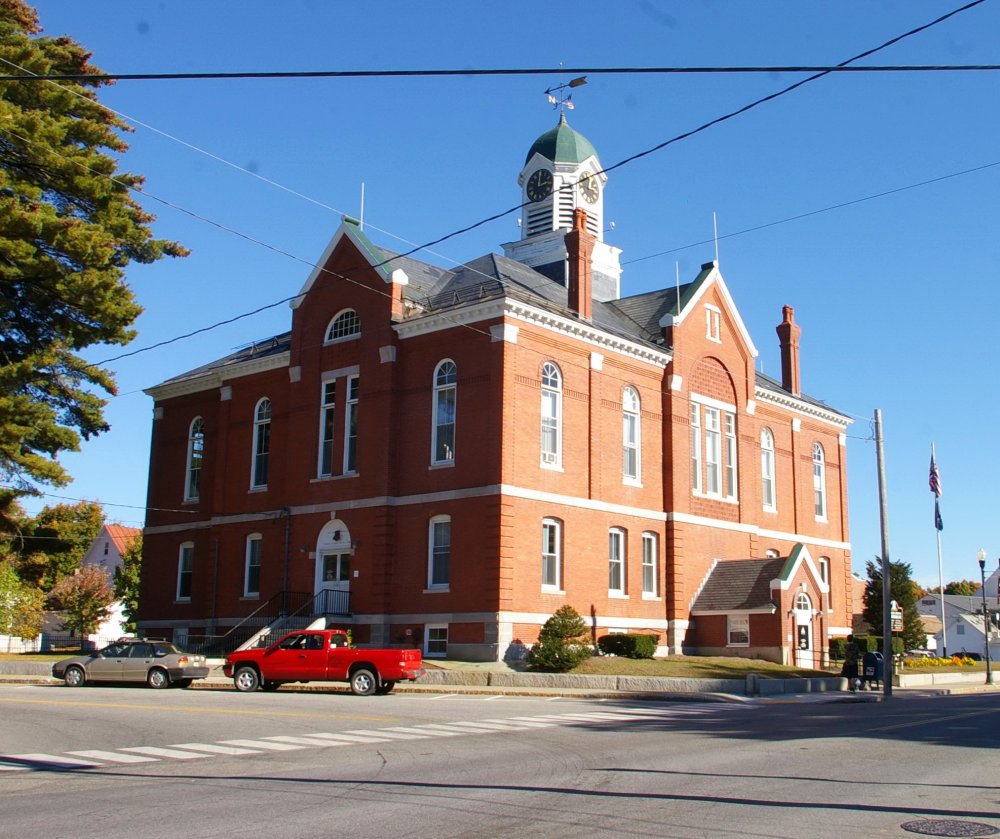 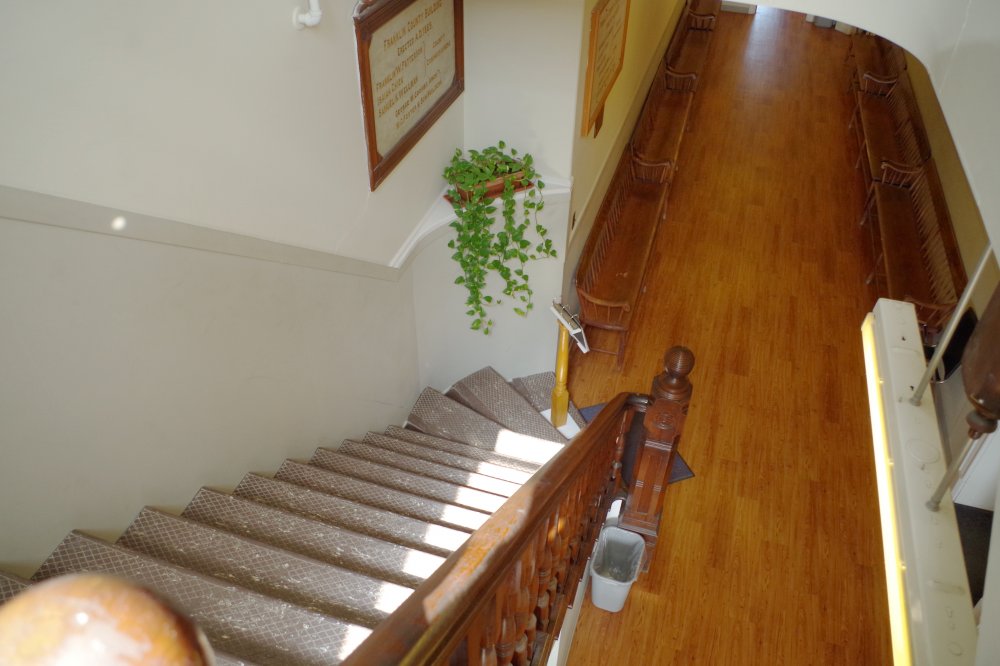 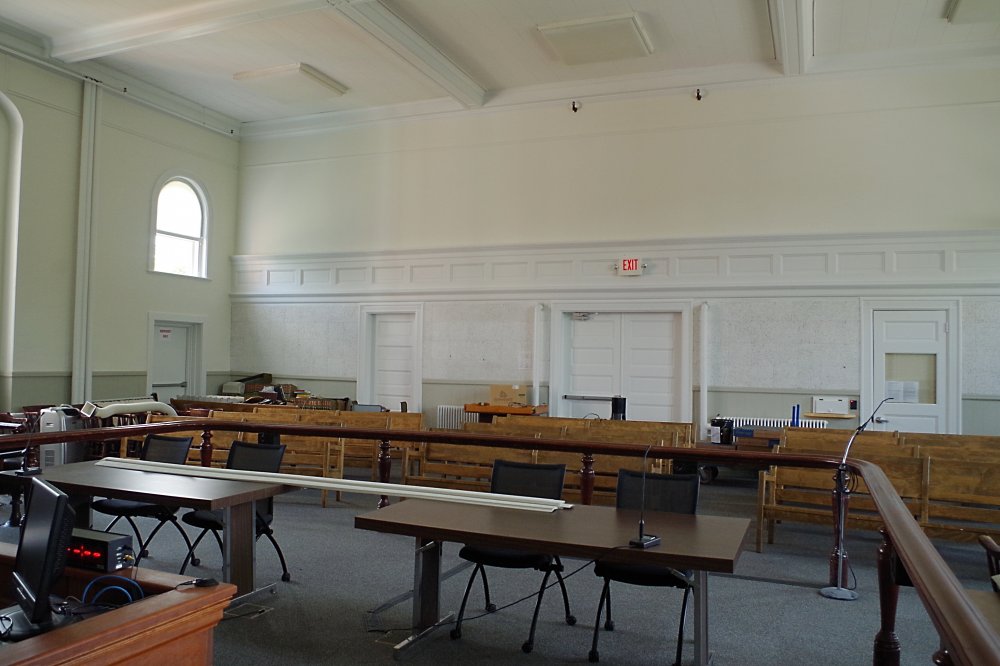