Description:  The building faces east and is a two story red colored brick and stone structure. The building is located on landscaped grounds to the west of the center of Bath. The east front has a projecting center section with a one story portico supported by four columns and having a flat roof. The second story window is arched with pediment at the roof line. The second story windows are arched. Above the pediment rises a square brick cupola with green colored dome. The roof is mansard. The courtroom is located on the second story. An addition was constructed on the west side of the building in 1987. 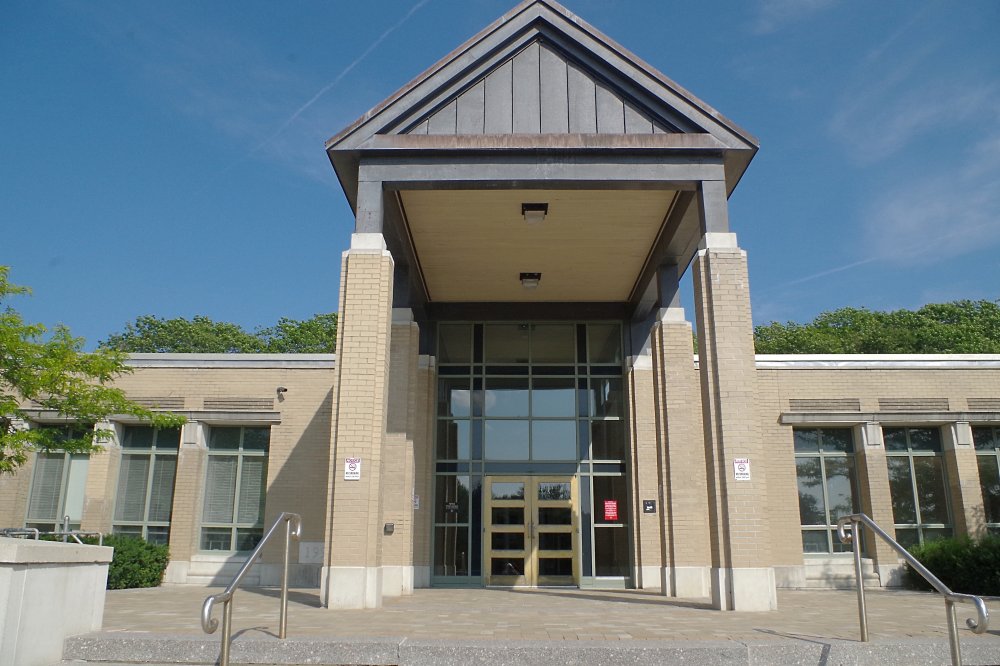 Description:  The building faces west and is a one story buff colored brick and concrete structure. The building is located on spacious landscaped grounds along the north side of Highway 1. The west front has a central entrance with high portico. The north and south wings have large vertical windows. The roof line is flat. The building houses the West Bath District Court.

History:  The county was created in 1854 and Bath became the county seat. The first court may have met in the Old Bath Town Hall at Water Street and Centre Street, built in 1837 to 1838. Before 1854, county records were kept in Lincoln County. The first and only courthouse was constructed in 1869 to 1870. The District Courthouse was constructed in West Bath in 1989 to 1991. 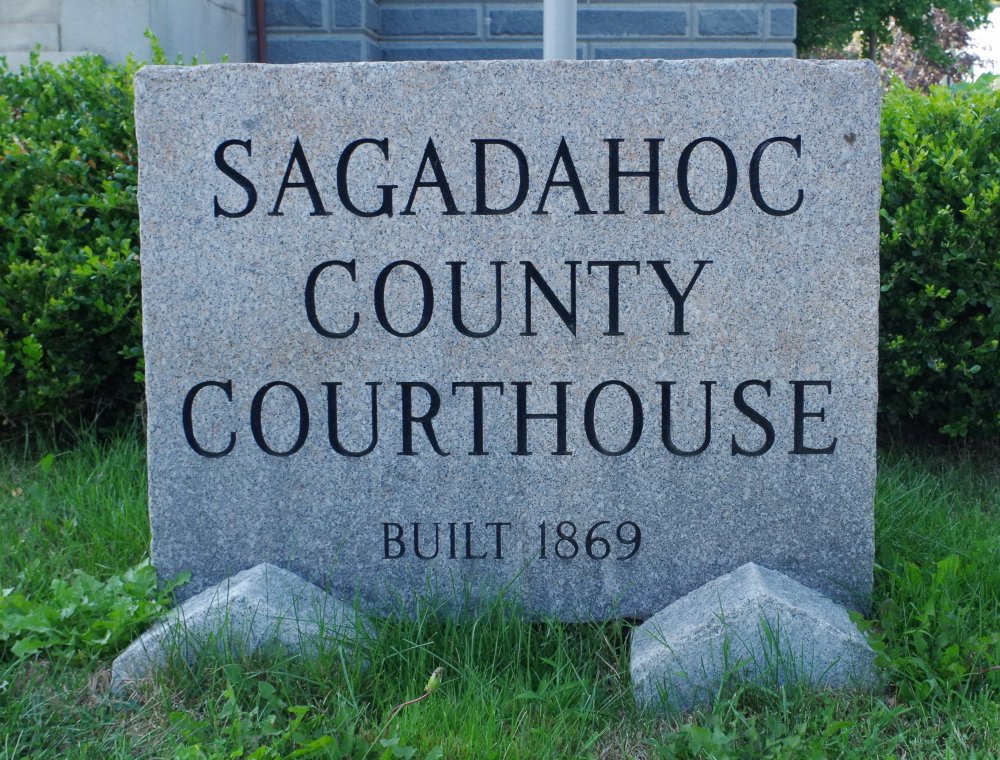 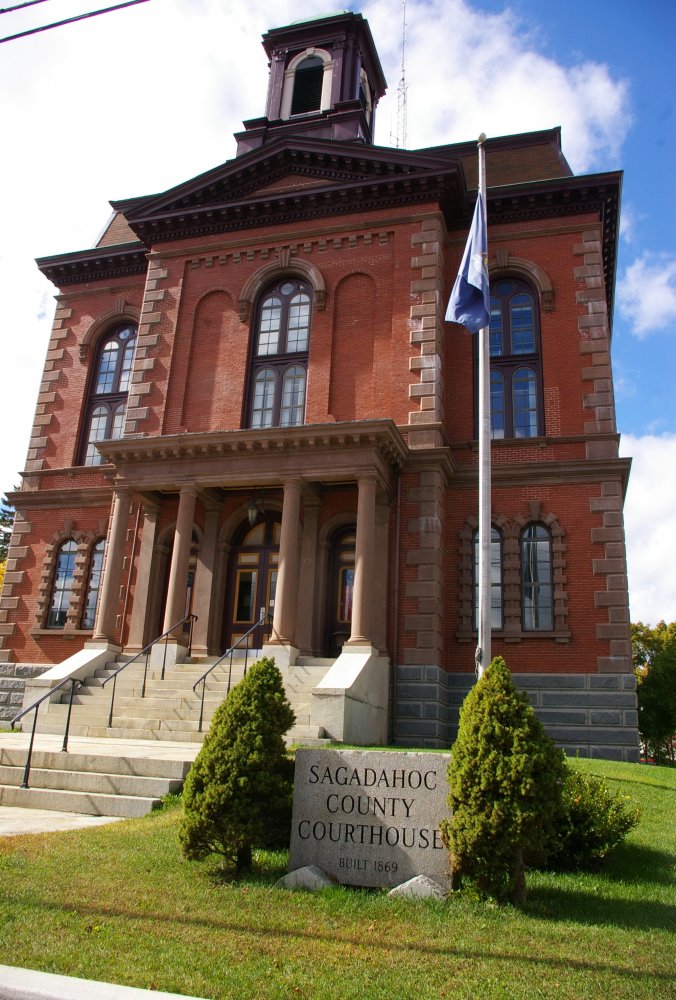 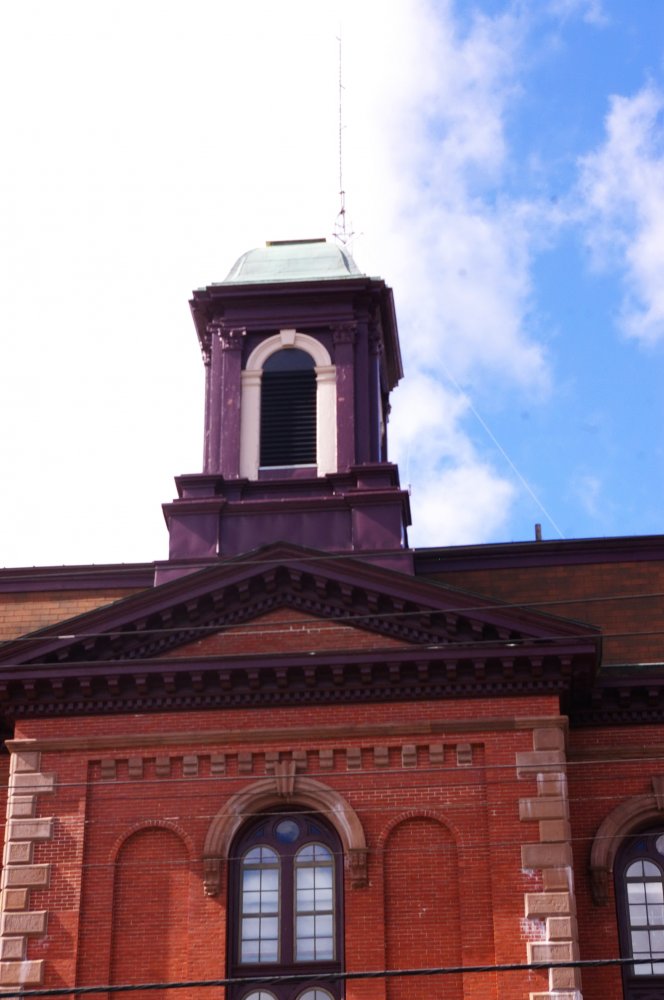 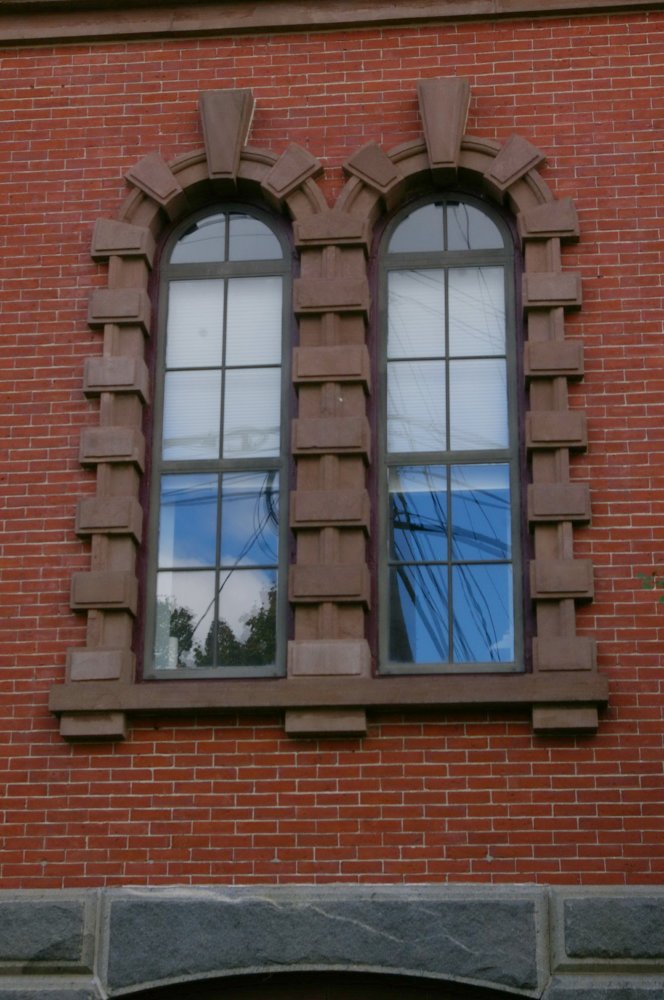 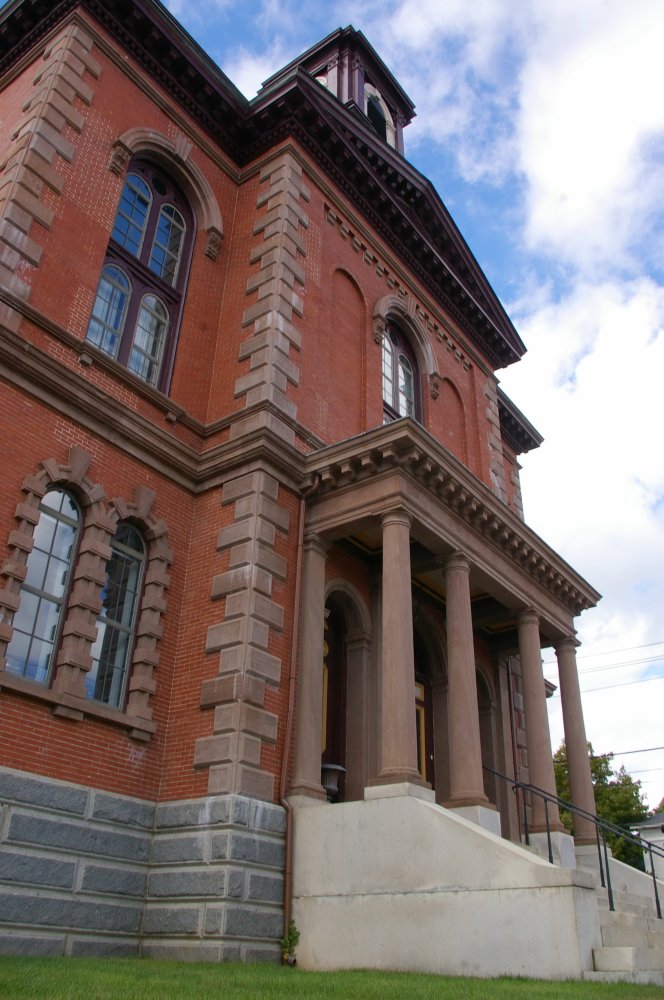 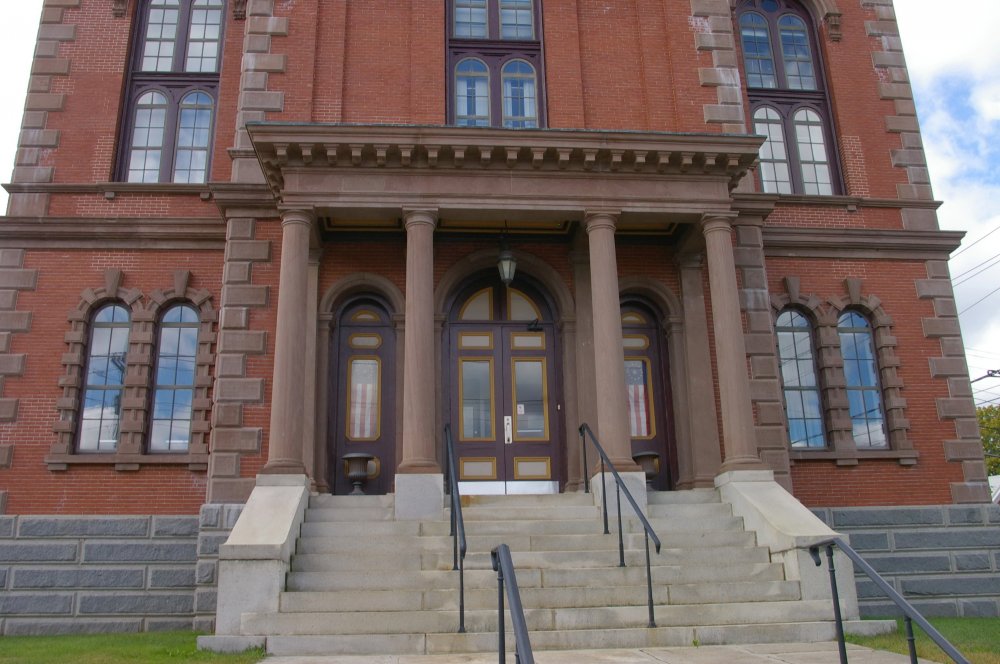 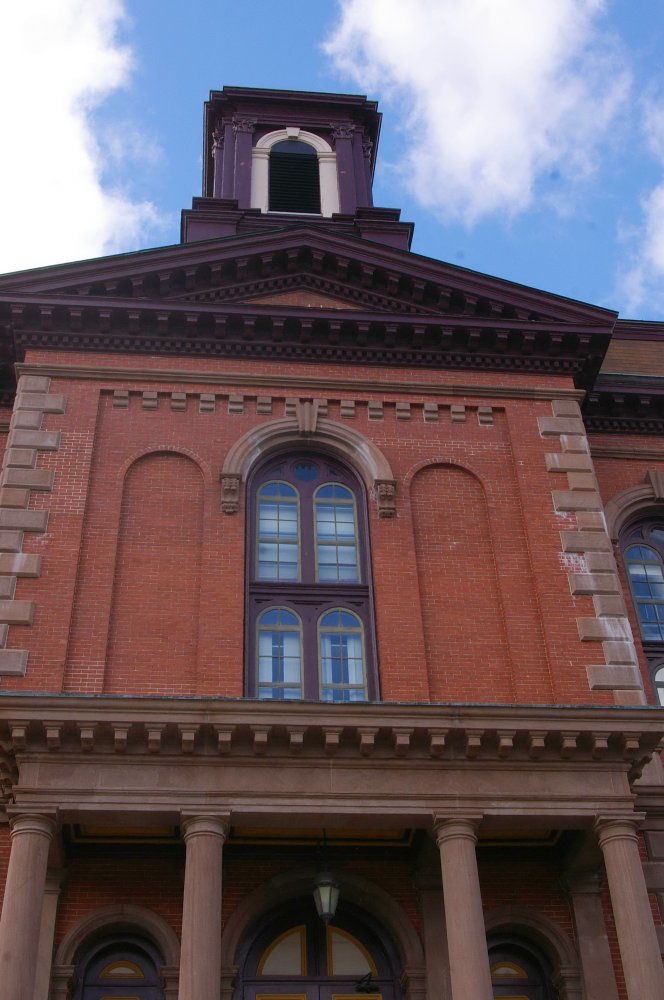 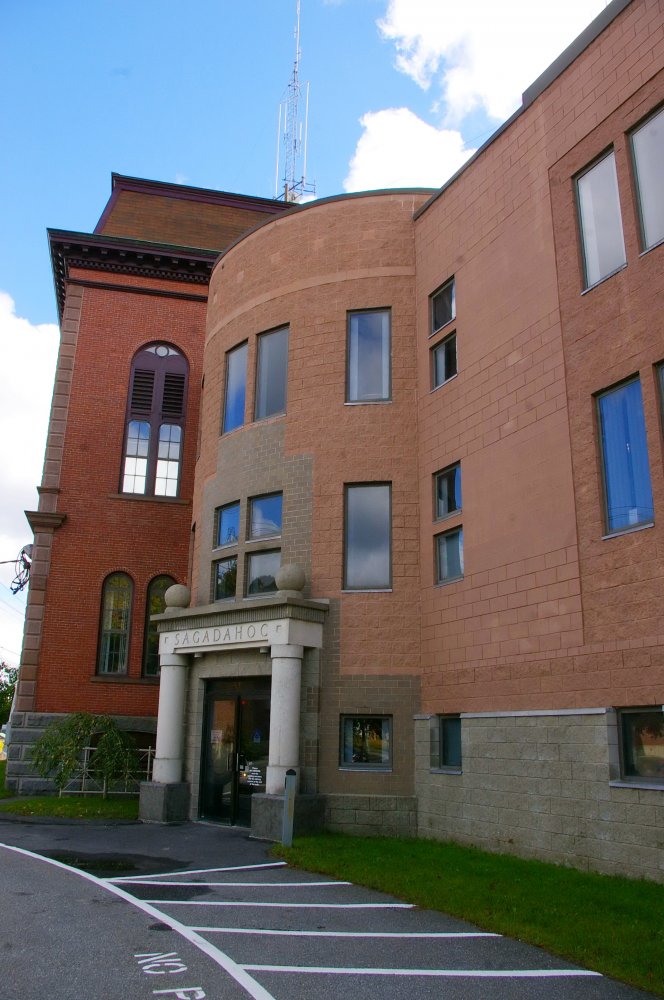 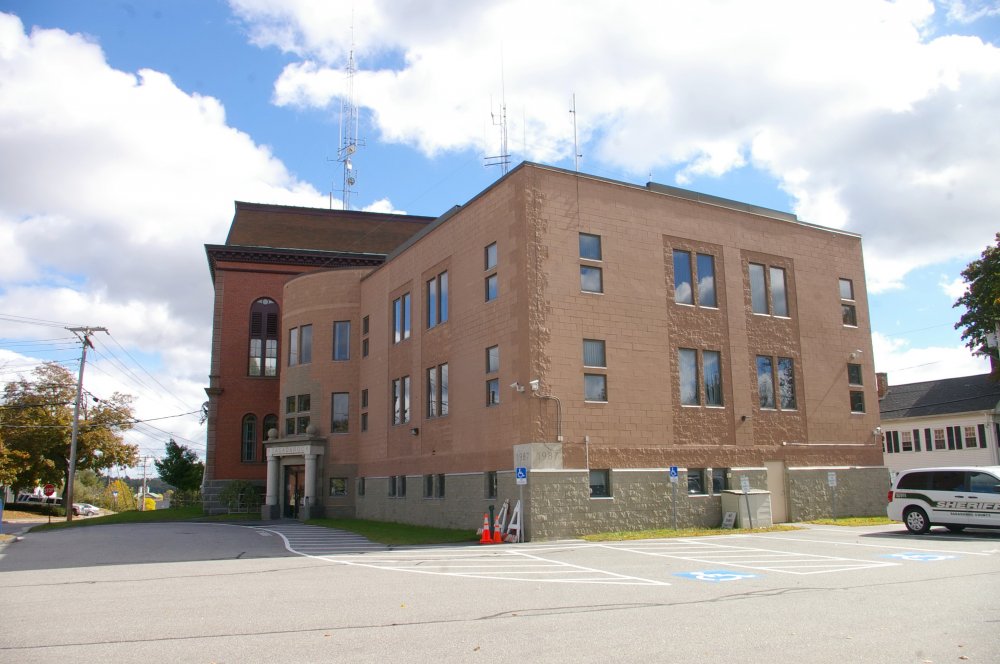 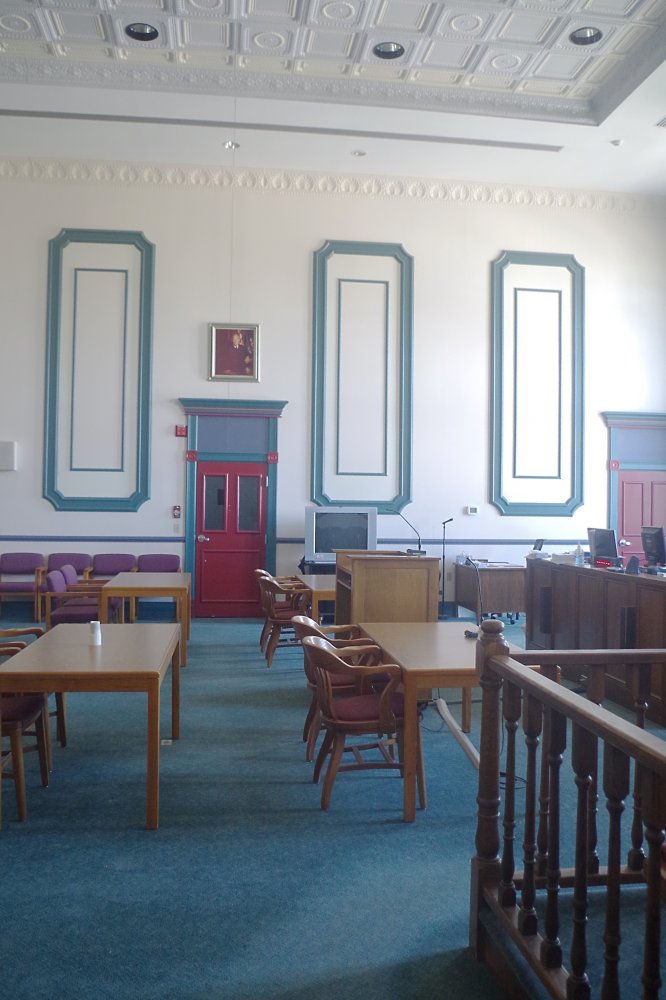 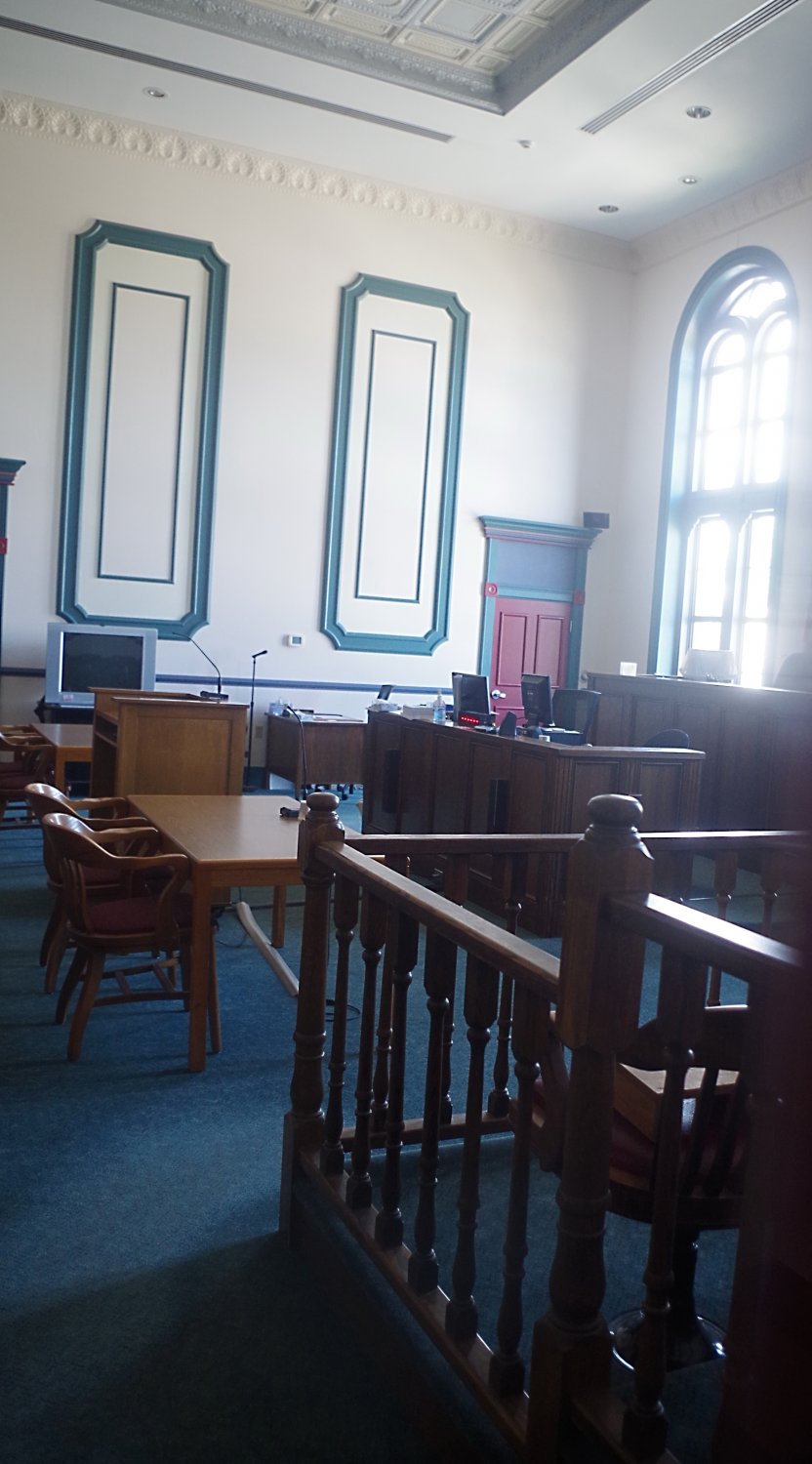 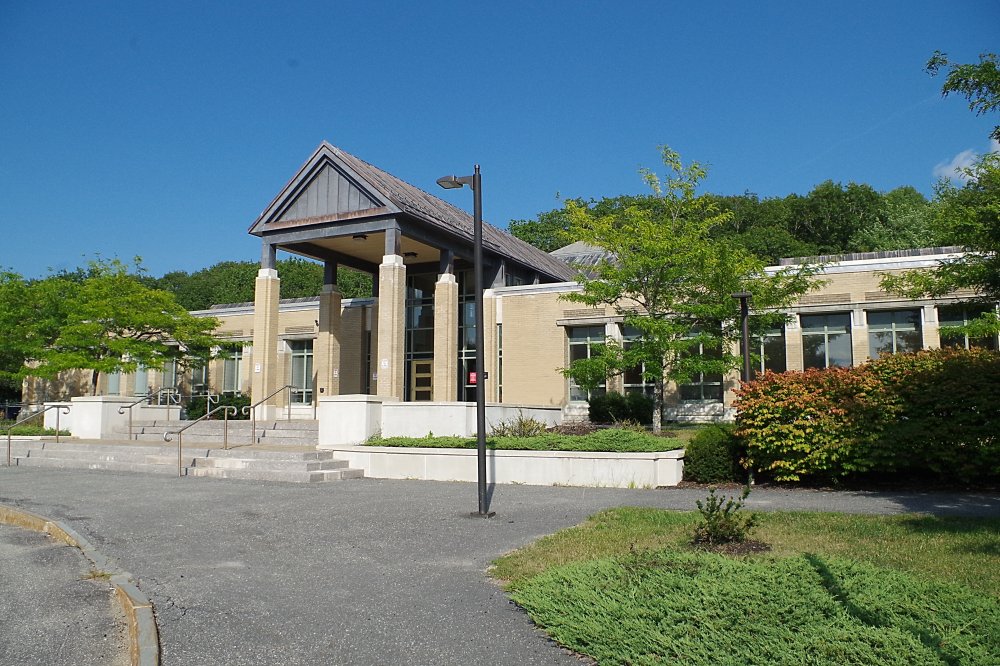 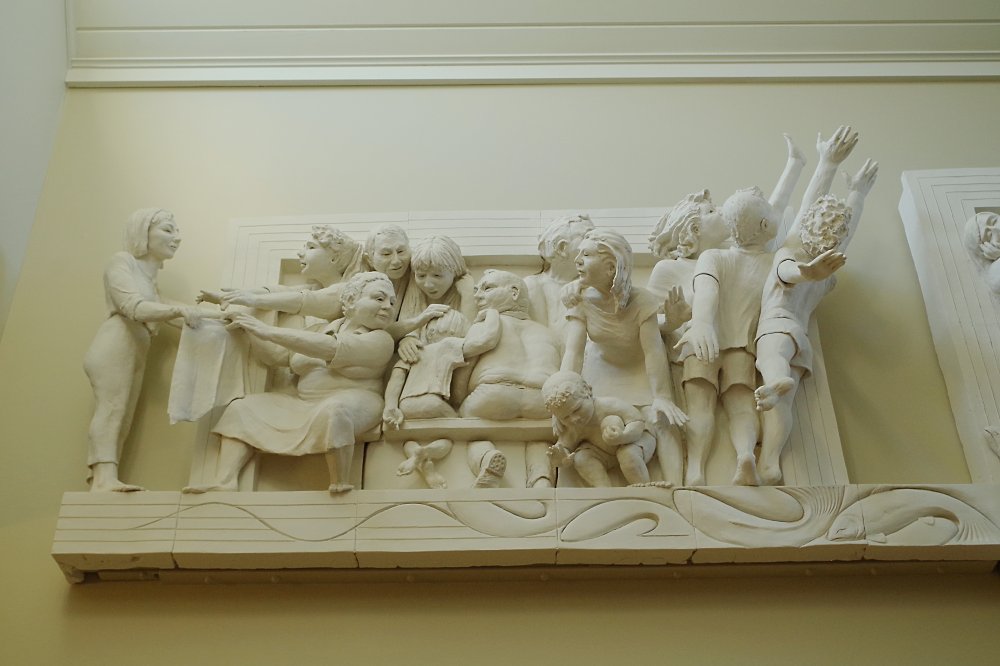