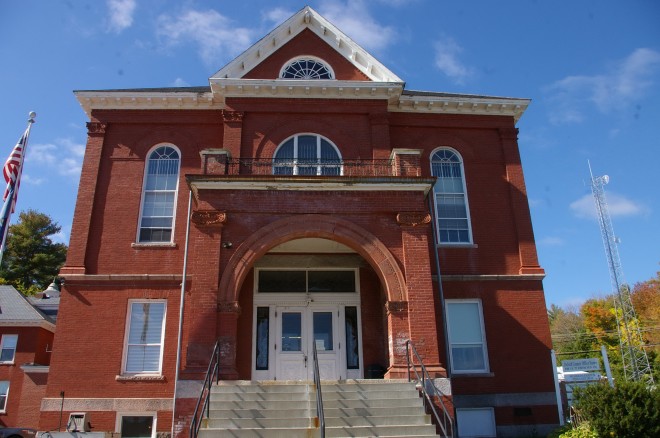 Oxford County is named for the city of Oxford in the State of Massachusetts.

Description:  The building faces east and is a two story red brick structure. The building sits at the top of a sloping hill on landscaped grounds in the center of South Paris. The east front has a large one story portico with large arch and recessed entrance. On the second story is a balcony and large arched window. Above is a pediment at the roof line with semi-circular window. The second story windows are arched. The roof is hipped with a small octagonal white colored cupola.. The courtroom is located on the second story. An addition was constructed on north side in 2018 to 2020. The architect was SRL Architects and the contractor was  Genneston Construction of Augusta. On the north side of the building is the modern red colored brick District Court and on the south side is the old red colored brick old jail.. 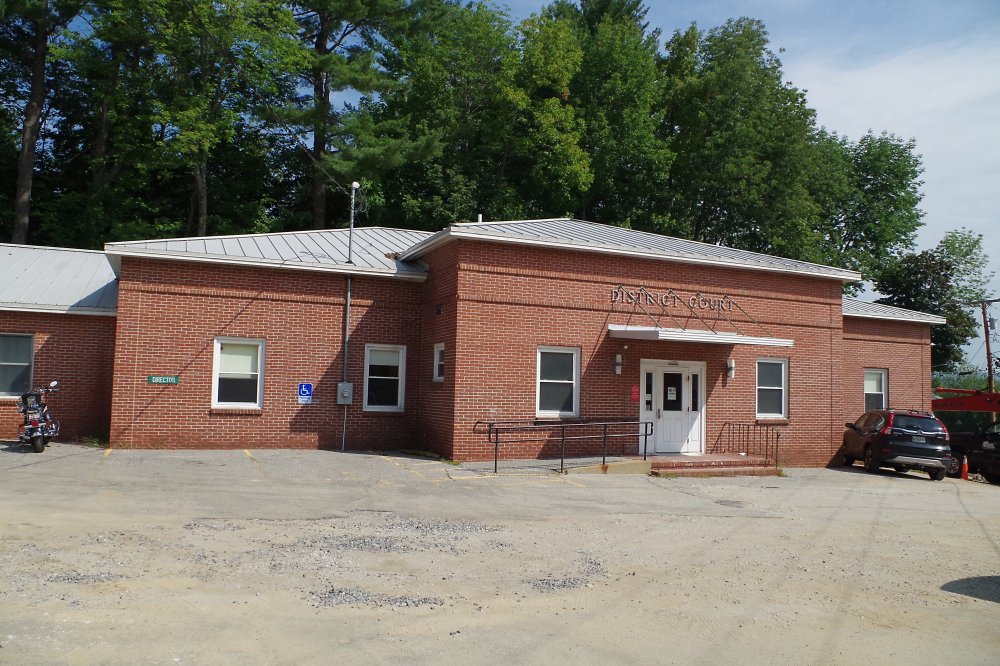 Description:  The building faces south and is a one story red colored brick and concrete structure. The building is located on spacious grounds in the center of South Paris with the courthouse on the south side. On the east front, the center section extends from the main building with a white colored entrance. The roof is hipped. The courtroom is located in the center. 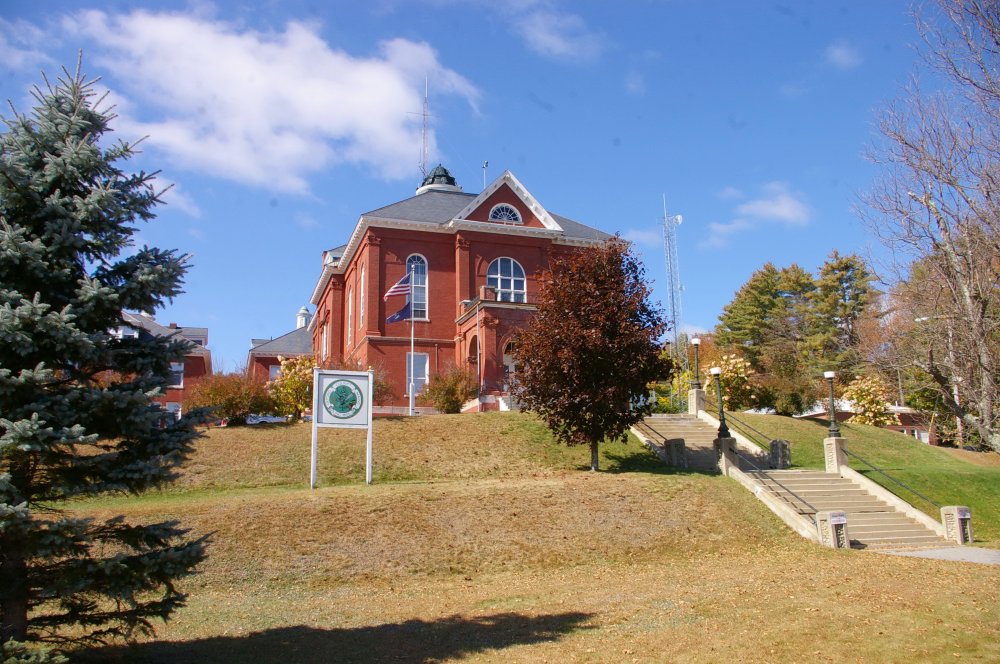 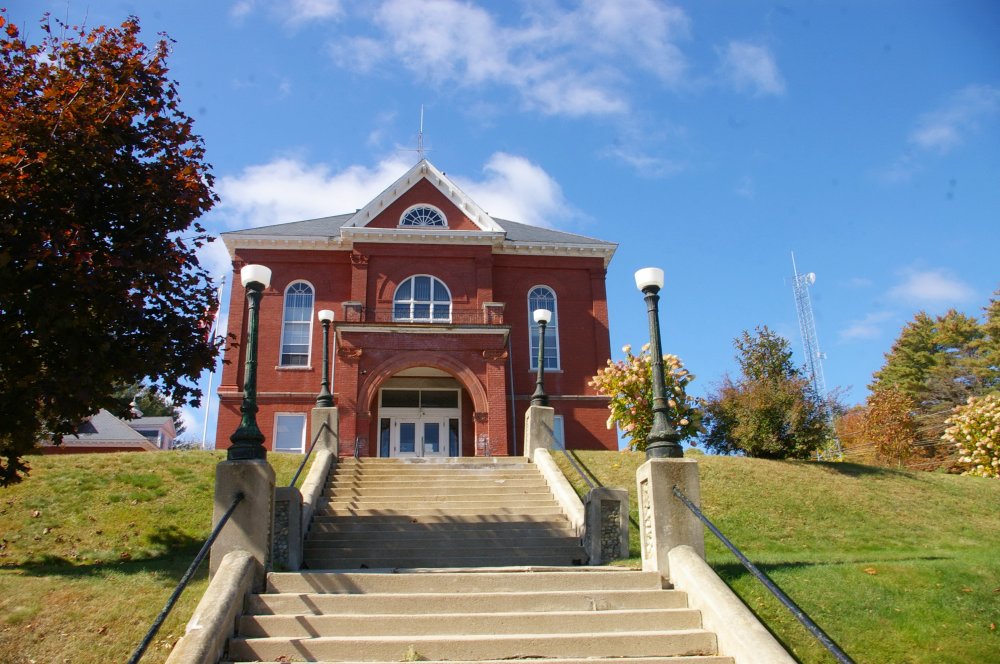 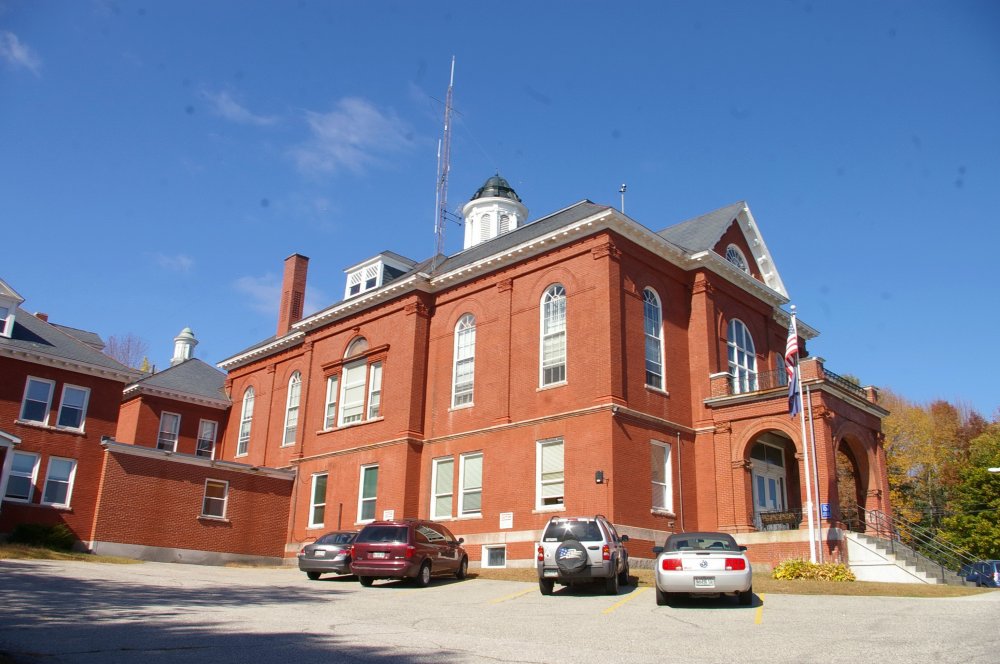 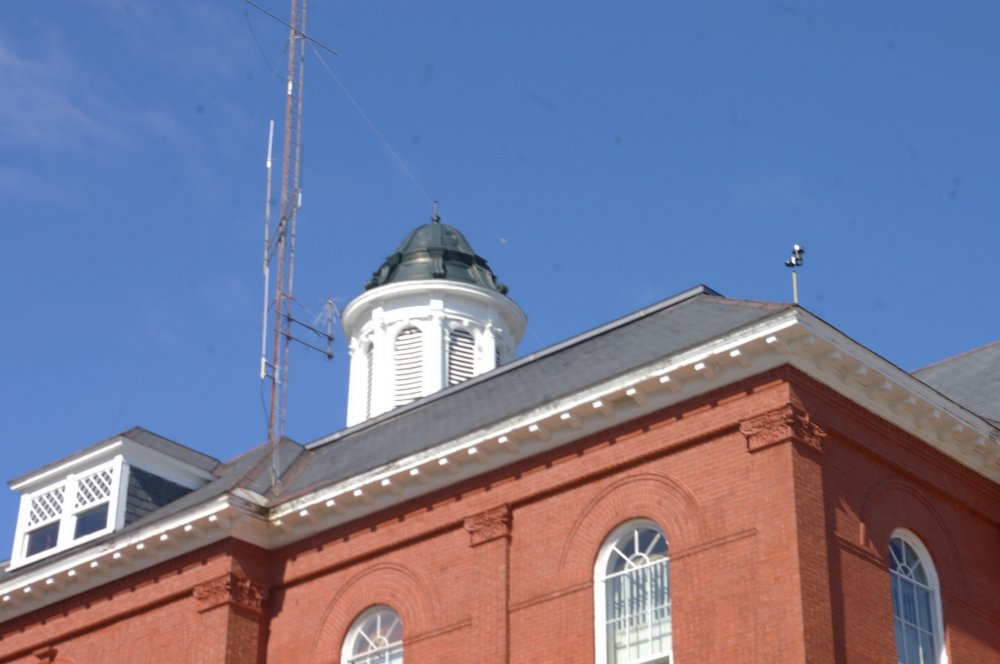 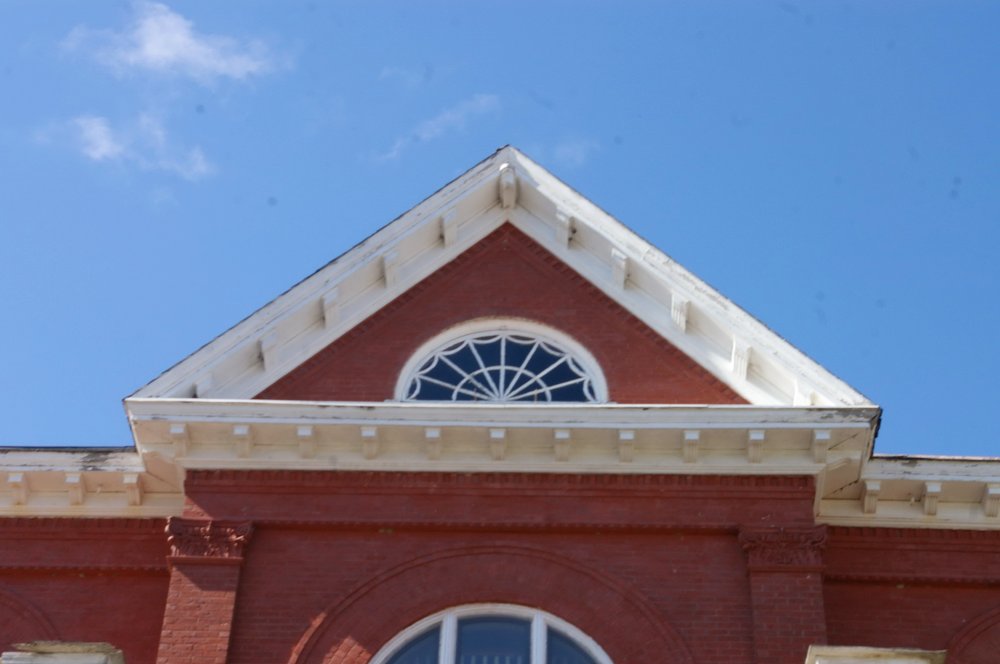 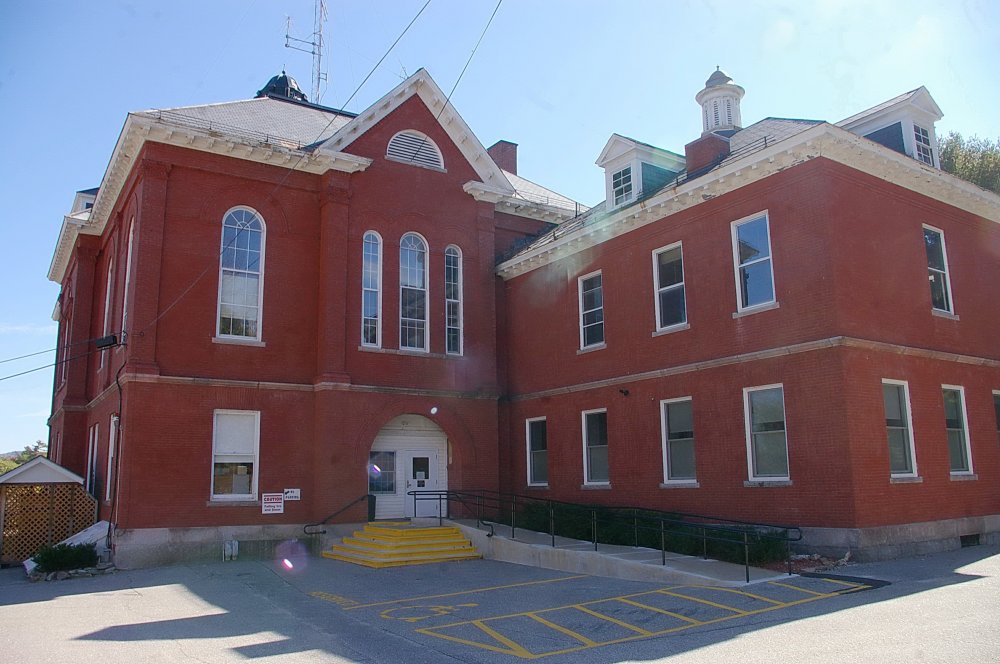 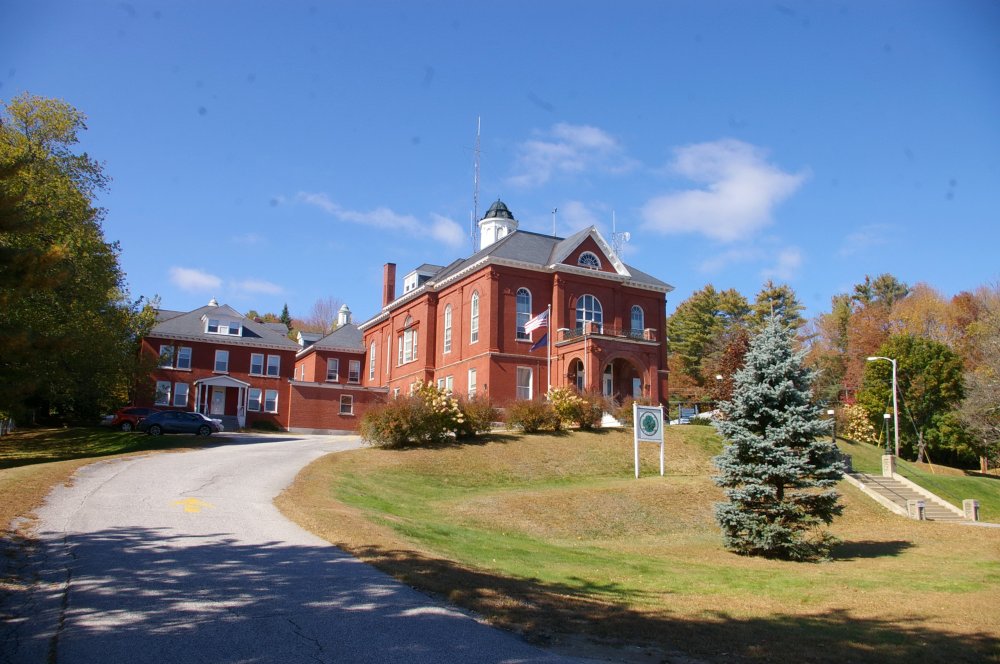 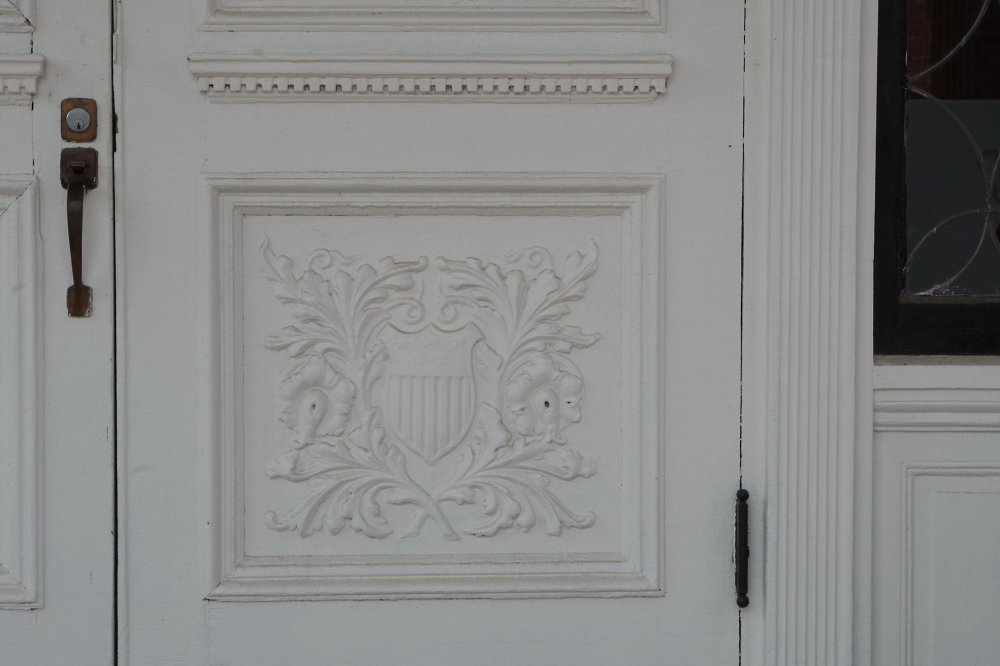