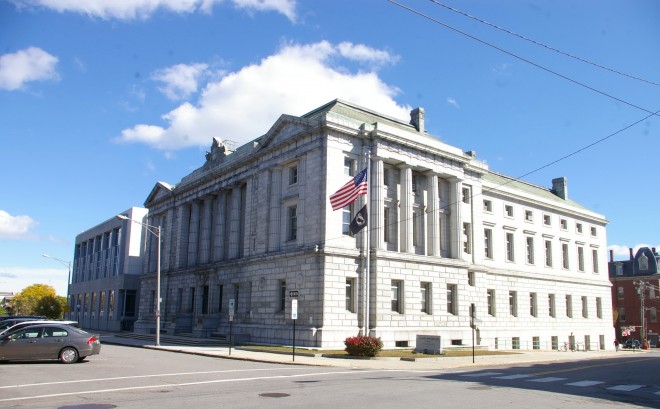 Cumberland County is named for Prince William Augustus, who was the Duke of Cumberland and the son of King George II of Great Britain. 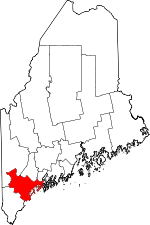 Description:  The building faces northwest and is a four story granite structure. The building is located in the center of Portland. The northwest front has a central entrance on the second story and four columns rising from the third story to a header at the roof line. The northwest corner and the southwest corner have two columns and rise to pediments at the roof line. Rising above the roof is a stone crest. The south side has four columns rising from the second story to a header at the roof line. On the north and east sides is the new three story addition e story added in 1988 to 1991. The architect was Terrien Architects Inc. and the contractor was RCL, Inc. The building houses the Maine Supreme Court.

Note:  The contractor, F W Cunningham & Sons of Portland constructed many building in Portland including the United States Courthouse designed by James Knox Taylor in 1911 and which is located south of the County Courthouse. 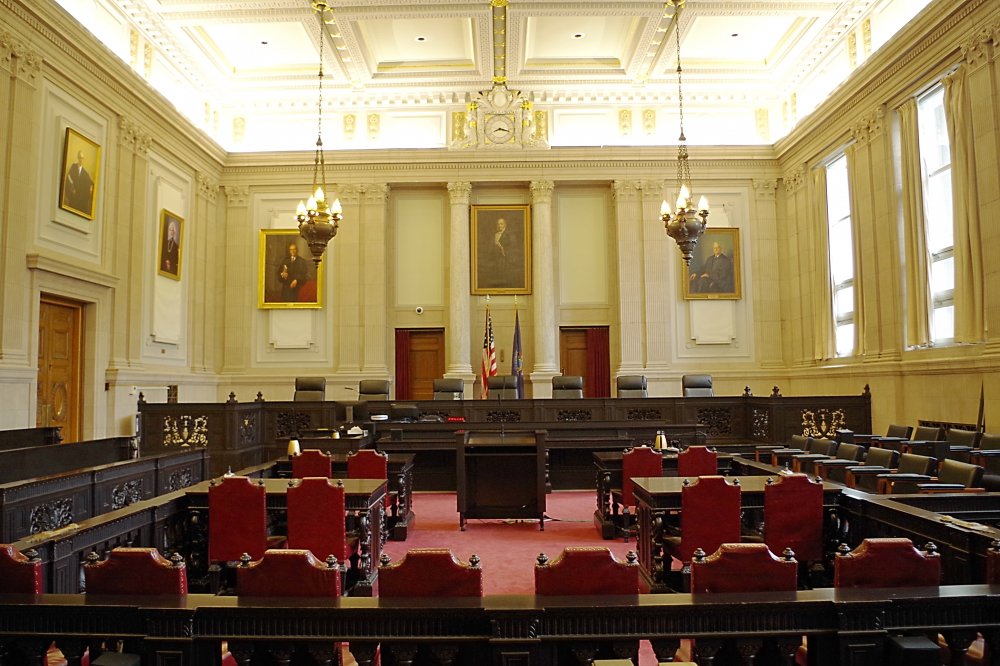 Description:  The Maine Supreme Court is housed in the Cumberland County Courthouse. The Supreme Court courtroom is located on the west side of the second story 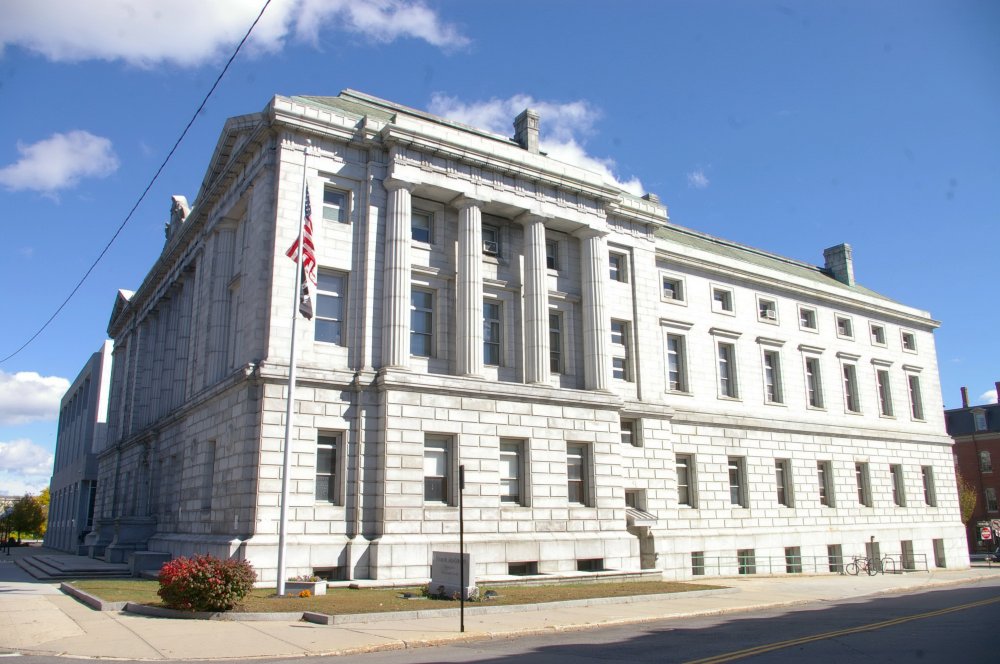 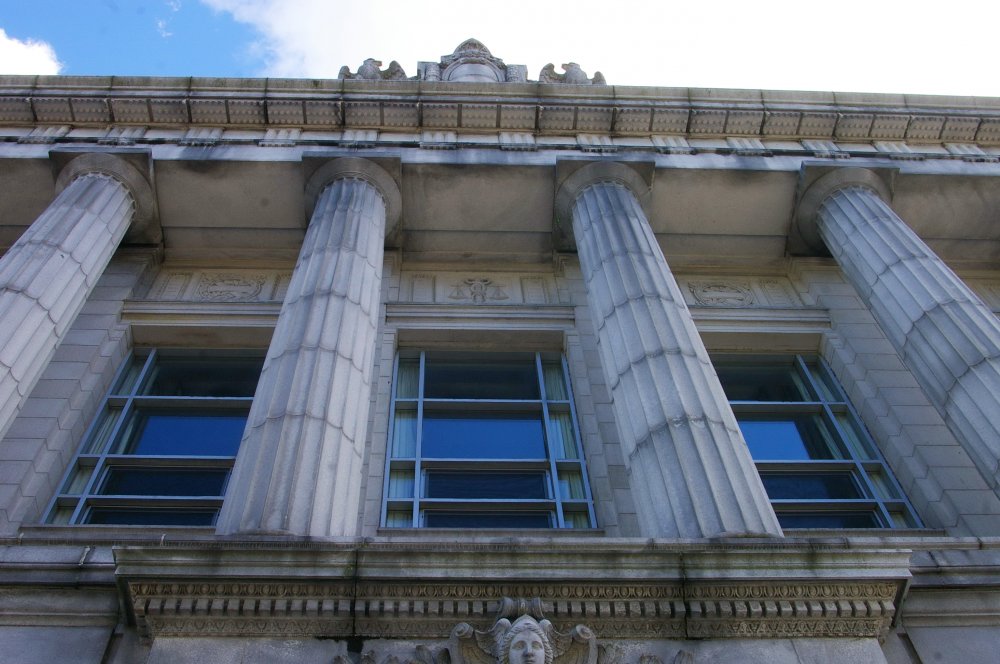 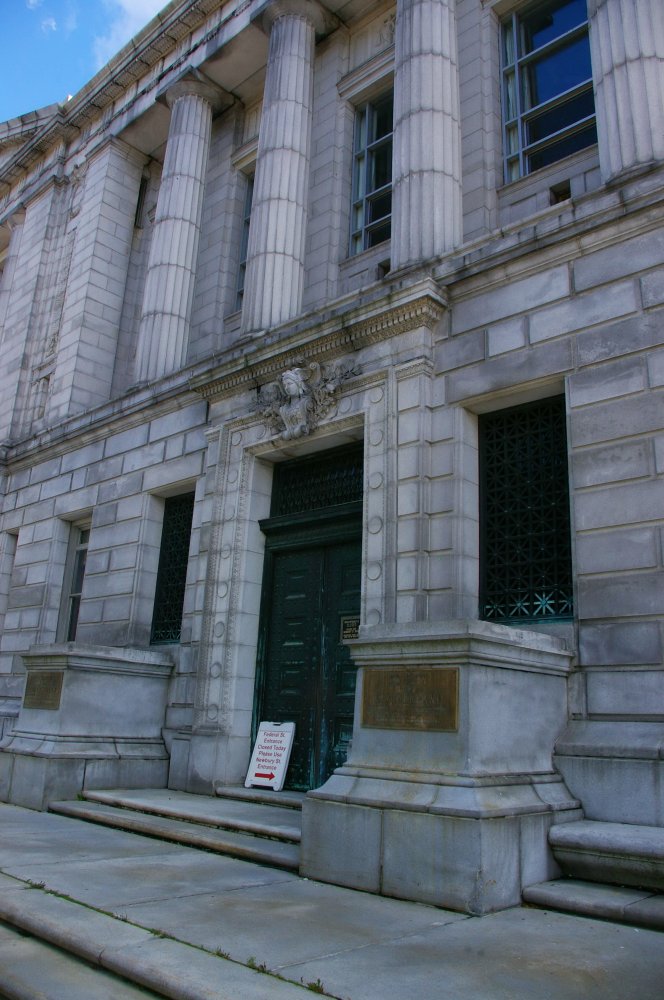 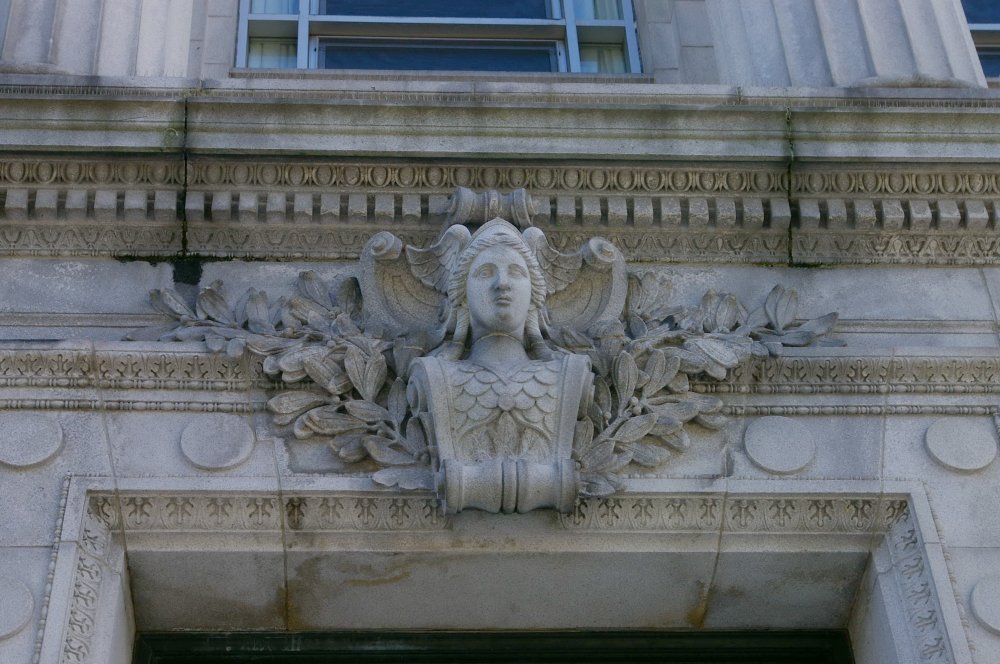 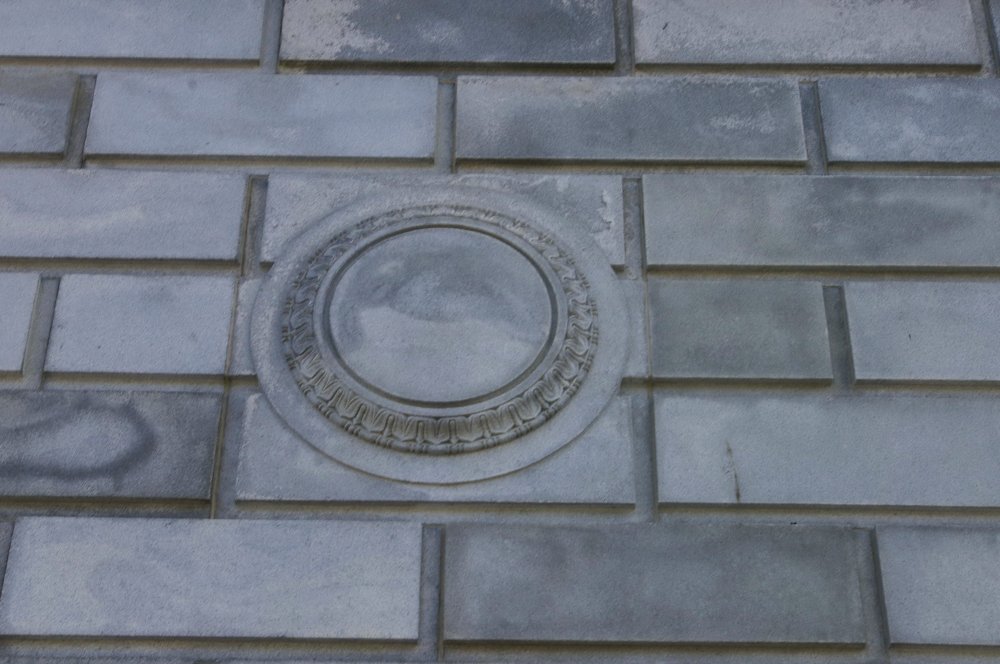 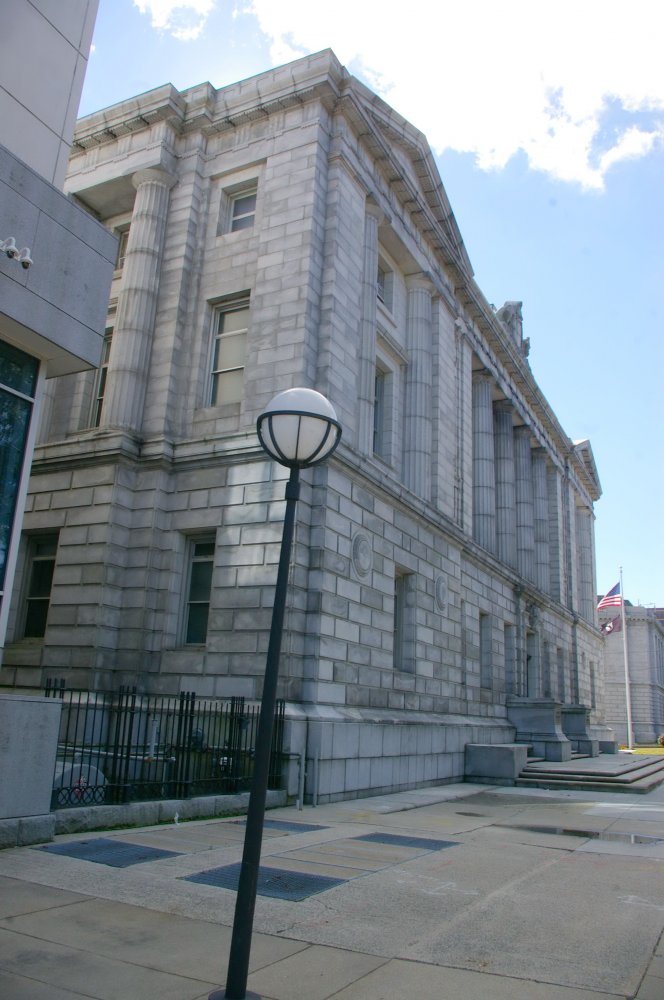 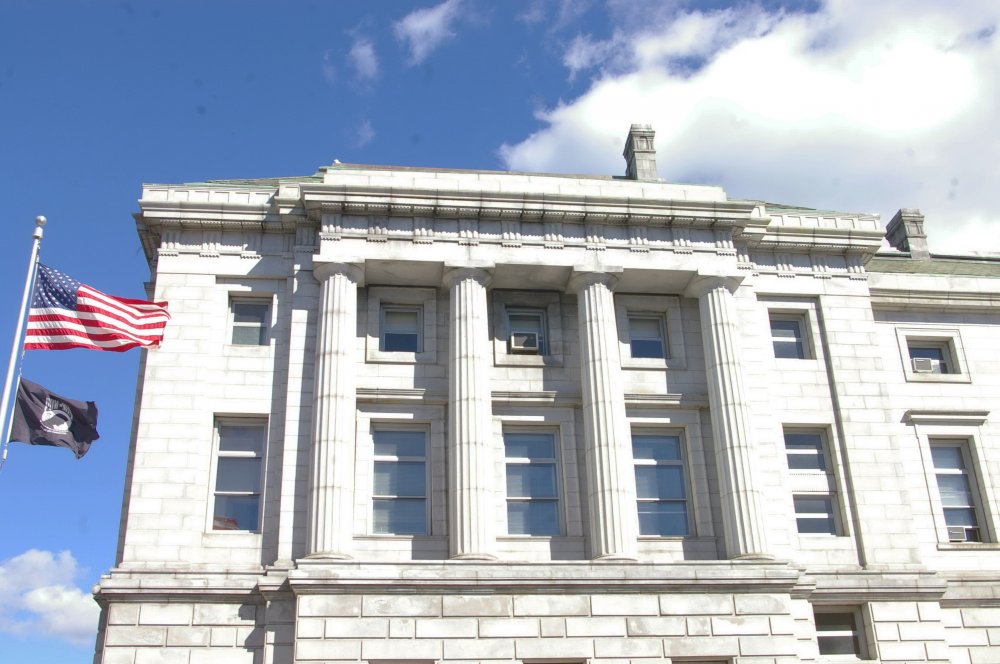 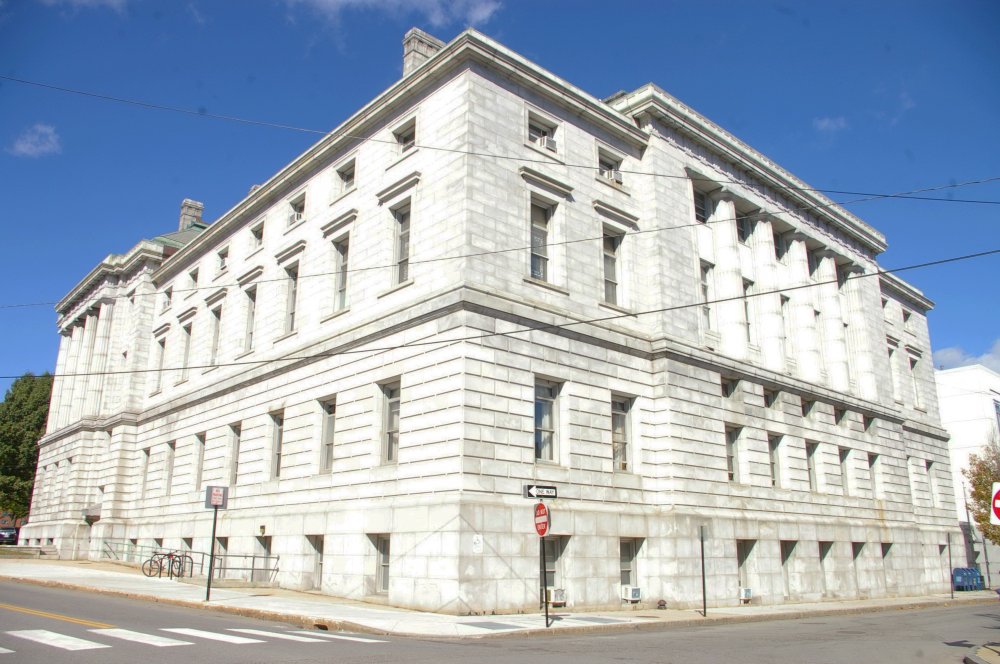 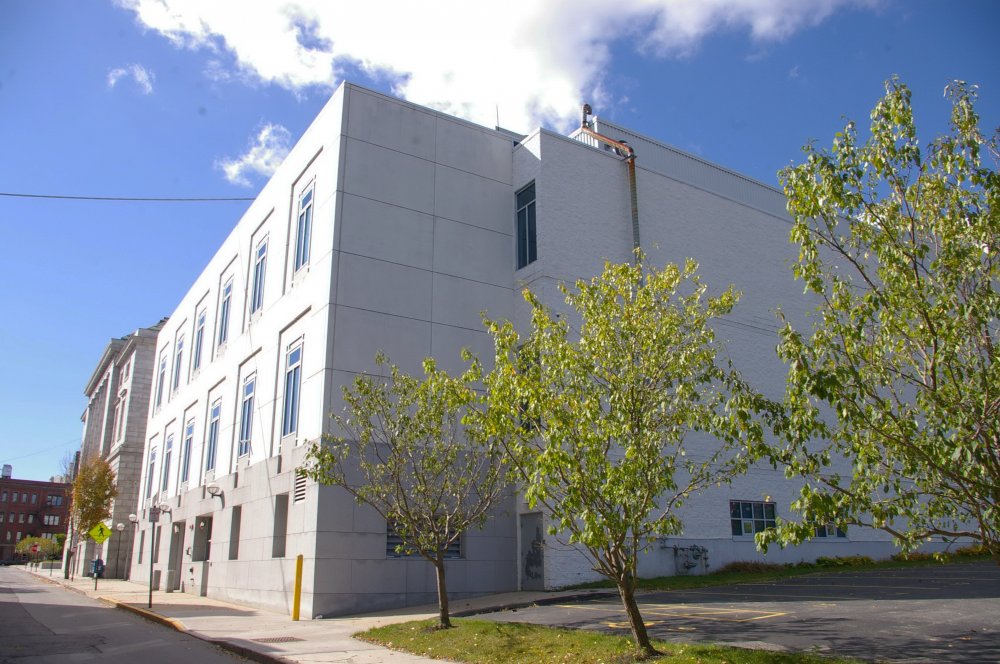