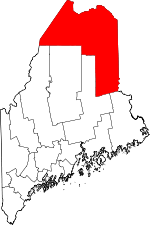 Description:  The building faces west and is two story red colored brick structure. The building is located on landscaped grounds in the center of Houlton. The west front has a one story white colored portico art the central entrance. The center section projects slightly and rises to a peaked roof. The windows are arched. There is a mansard roof with a high square clock tower at the center with open white colored cupola at the top. The interior of the courthouse is modestly finished throughout. Central cross axial hallways separate the first story into opposing office spaces of varying sizes. Public stairs are now located in the hall of the original block and vestibule of the 1895 addition. The courtroom and gallery are situated in the south end of the original block’s second floor.  In 1895, an addition was added to the building. The architect was Wilfred E Mansur of Bangor. A second major addition was made in 1928 when a long wing was built across the north end and gambrel roofed pediments placed over the 1895 block. In 1945, a two-story concrete addition was completed. 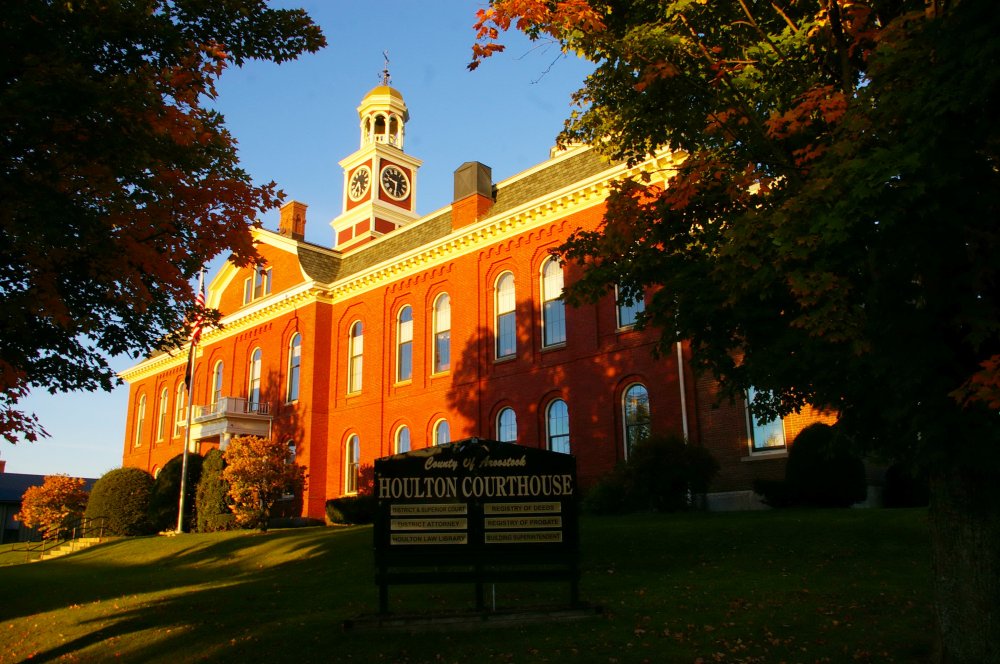 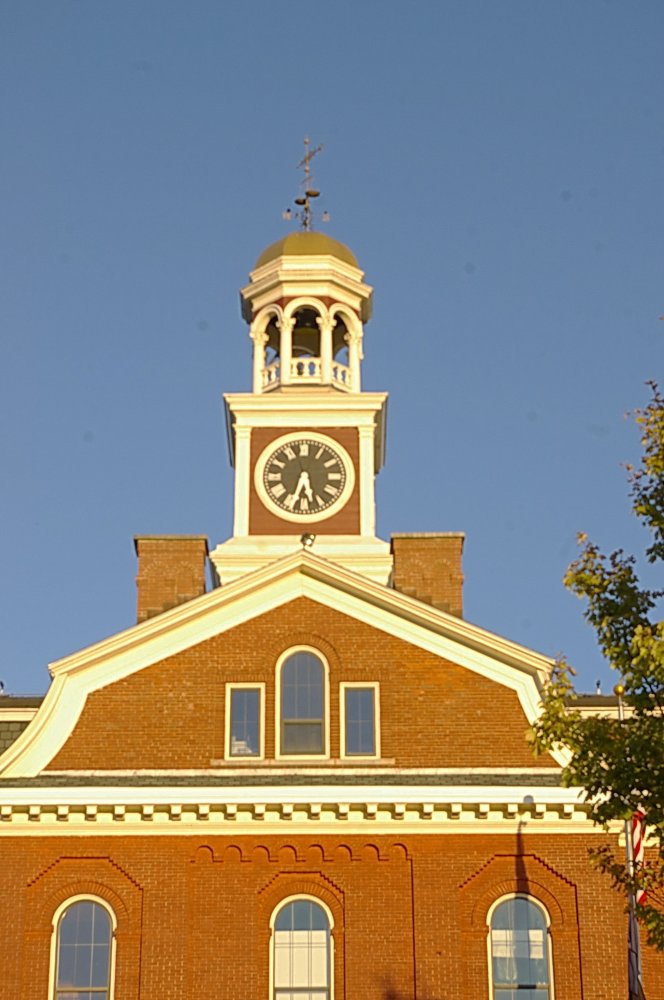 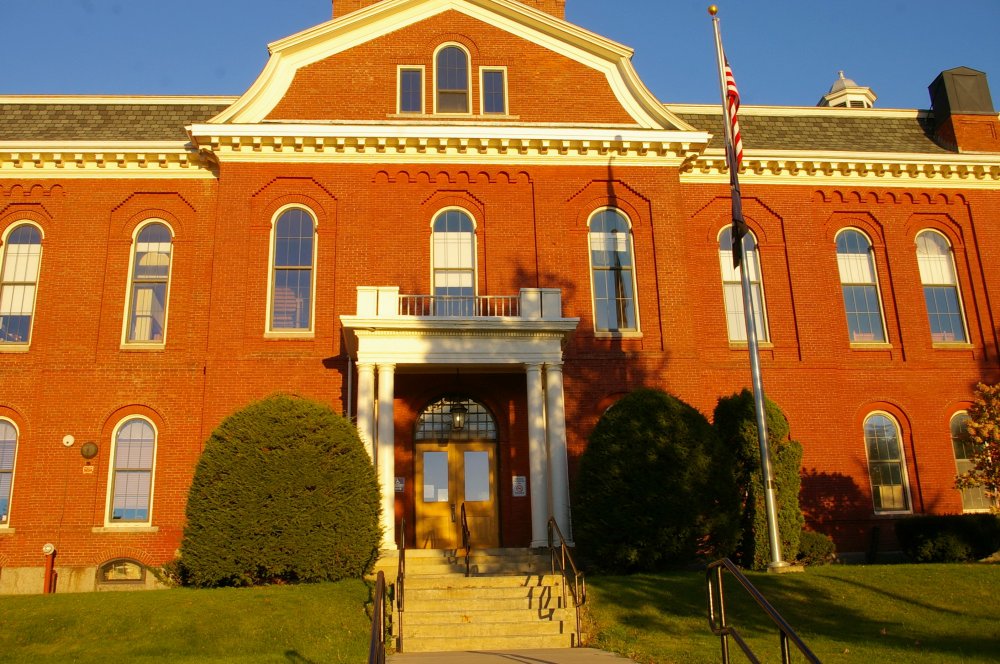 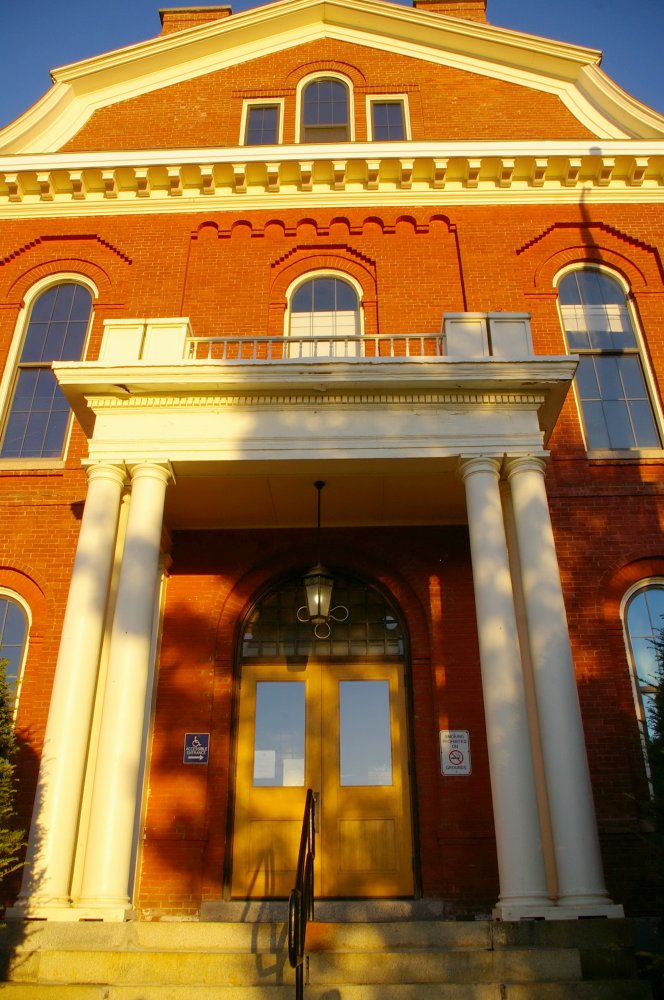 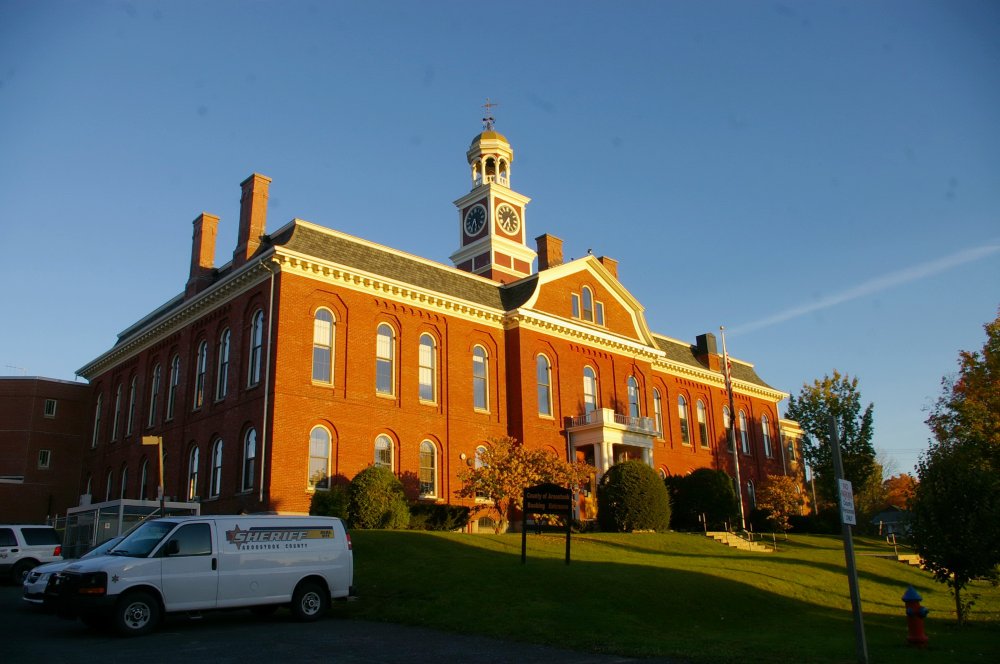