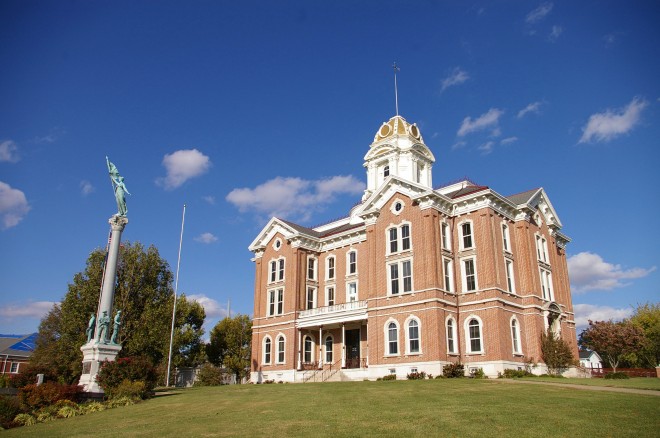 Posey County is named for Thomas Posey, who was a soldier in the American Revolutionary War and who was a Governor of the Indiana Territory.

Architect:  J A Vrydagh and Levi Clark of Evansville and Terre Haute

Description:  The building faces west and is a three story red colored brick structure. The building is located on the landscaped grounds of the Courthouse Square in the center of Mount Vernon. The center section on the west side is recessed with a balcony above the first story entrance. On the north and south, the sections extend from the main building and rise to peaked roofs. On the center of the roof is a square white colored dome with gold colored roof. In the interior, a large staircase with rounded landings reaches the three main levels of the building. The stairs have turned balusters, a wide handrail, and an extra railing above the stair-rail consisting of an iron tube with turned wood supports. The courtroom, on the second story, is the most dramatic space. This two story room is elliptical in plan with a balcony level on three sides supported by cast iron columns. The ceiling is coved and has plaster coffering. All the benches and railings of the courtroom were purchased in 1893. These permanent furnishings are Eastlake in style and are built of quarter-sawn white oak. The interior of the courtroom was restored and redecorated in 1974. The building houses the County Circuit Court and the County Superior Court of the 26th Judicial District. The building was renovated in 1961.

Note:  The lowest point in Indiana is the Ohio River at 320 feet ( 80 meters ) which is located in the county. 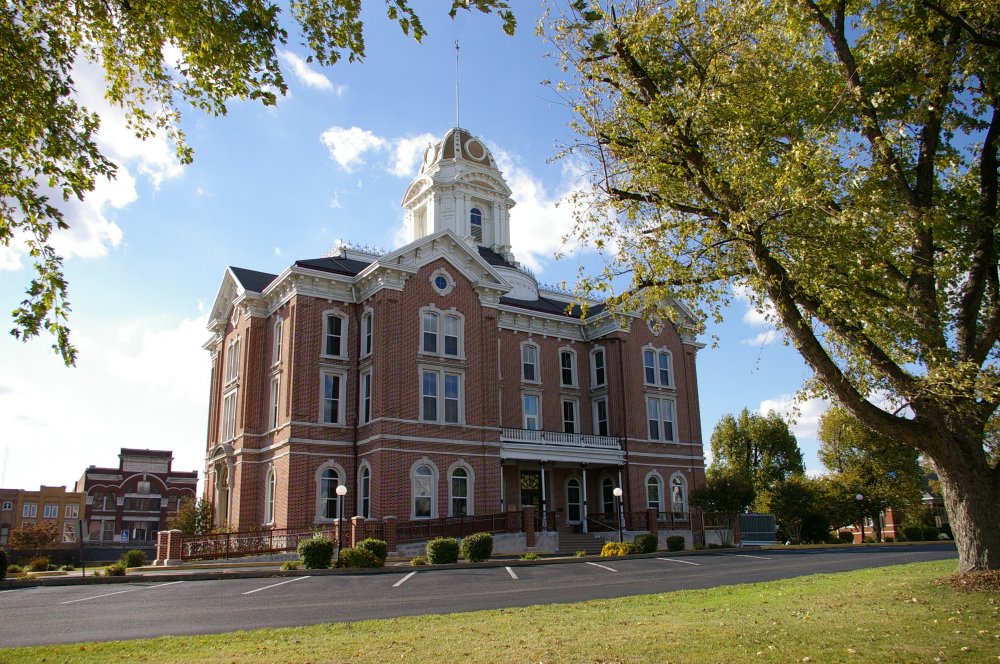 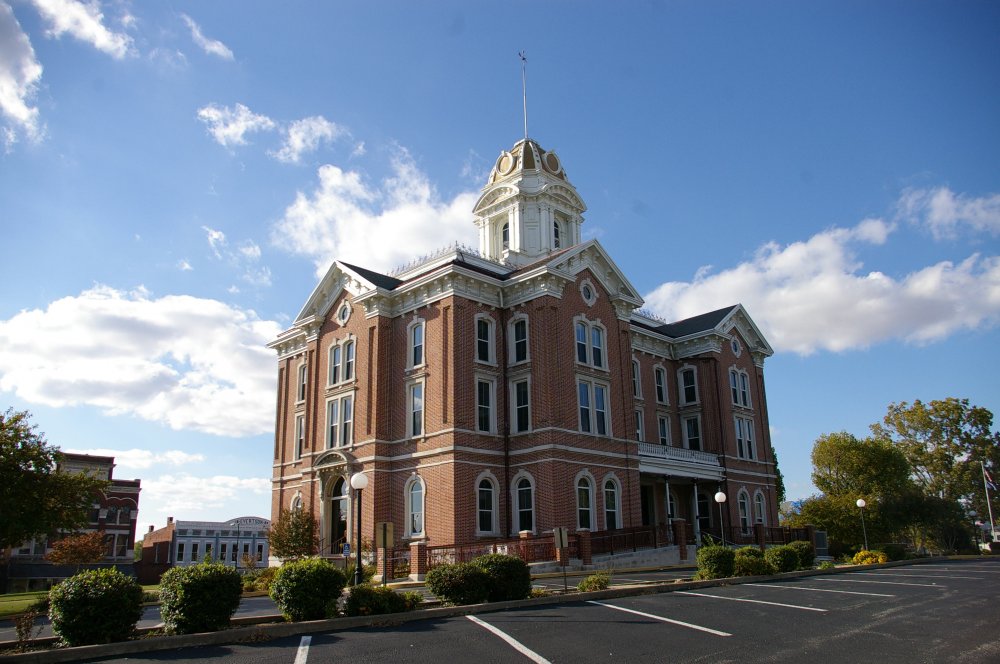 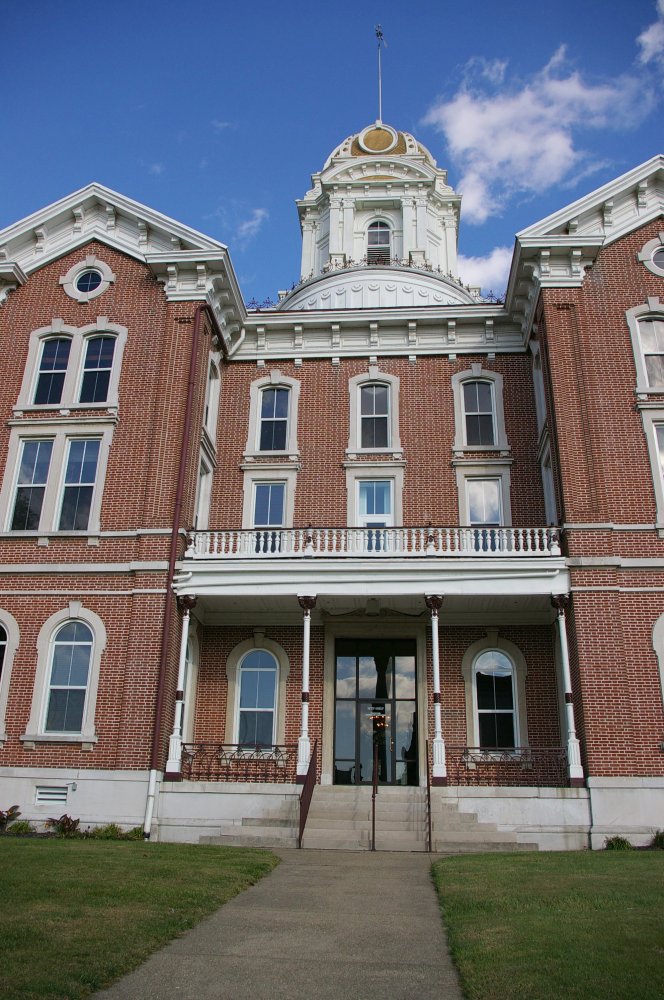 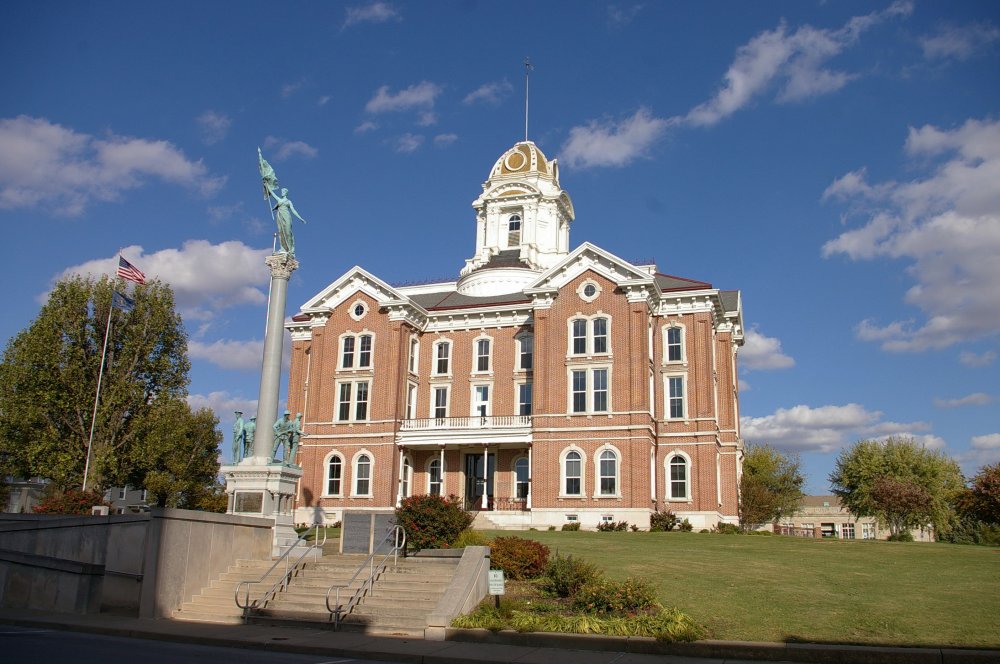 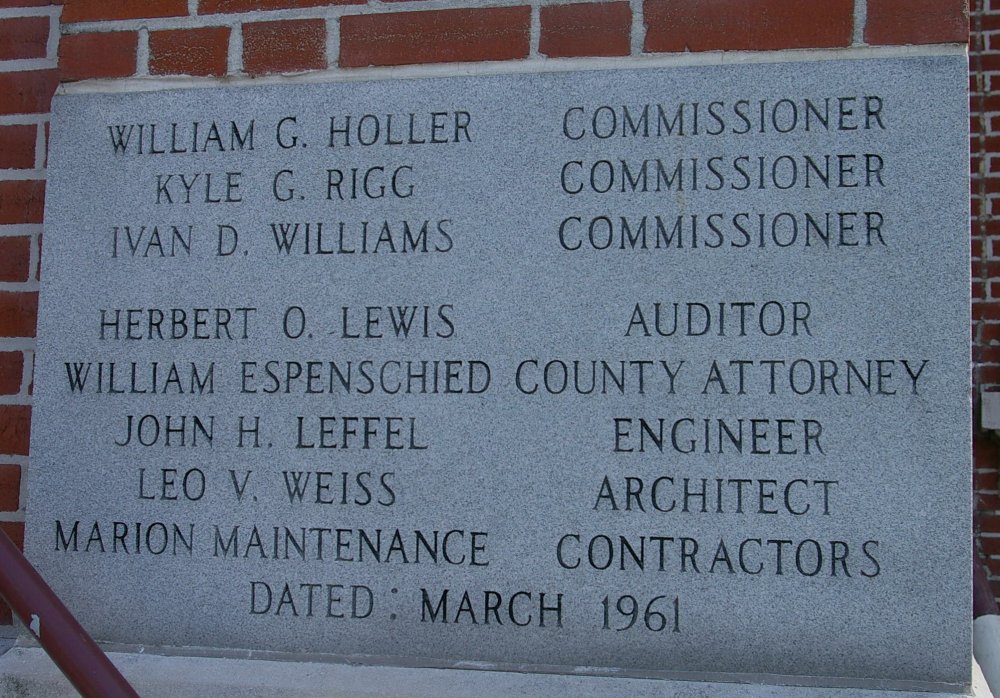