Powell County is named for Lazaus Whitehead Powell, who was the Governor of Kentucky from 1851 to 1855.

Description:  The building faces southeast and is a one story dark brown-red colored brick square structure with a raised center section. The building is located on landscaped grounds in the center of Stanton. The southeast front of the square shaped building has a recessed entrance with a single round brick pillar. The windows are horizontal and narrow. Atop the building is a large square tower with open area containing a bell and above is a clock. The roof line is flat. The building houses the County Circuit Court and County District Court of the 39th Judicial District. The Stanton City Hall is contained in the southwest corner of the building. 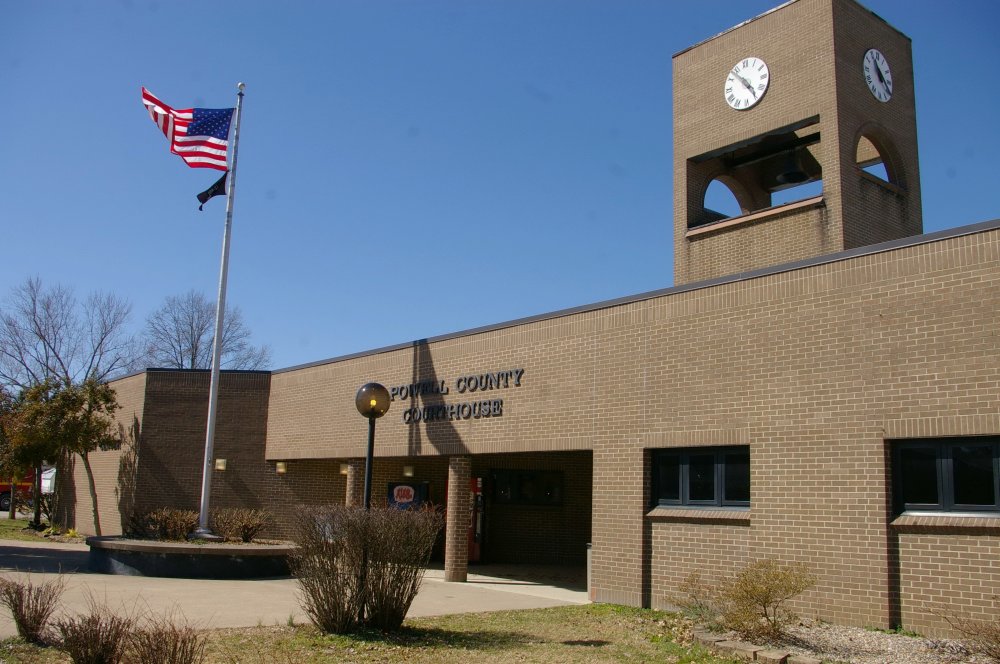 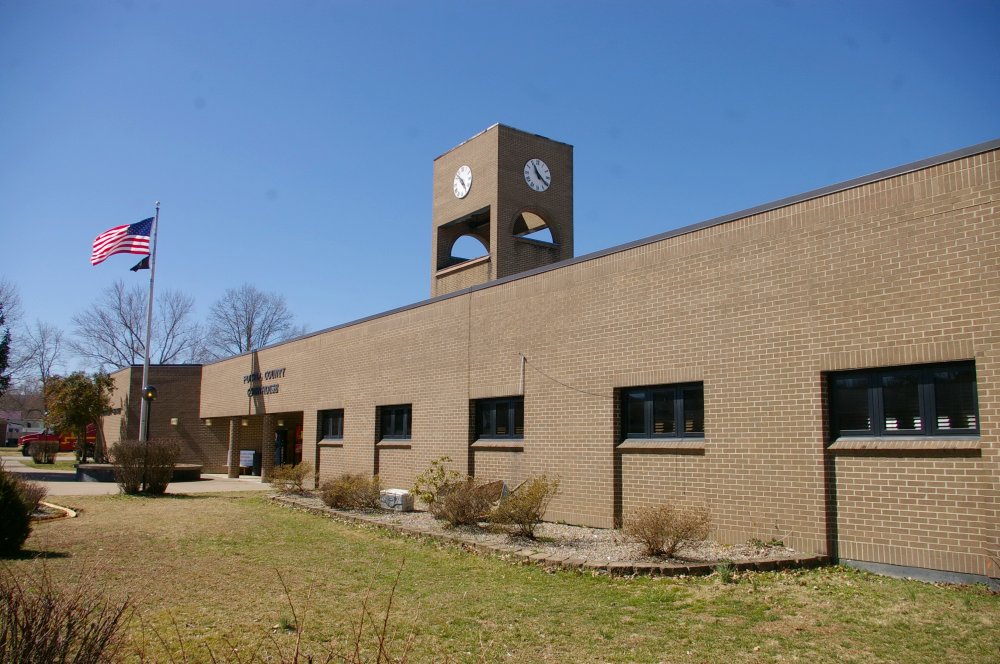 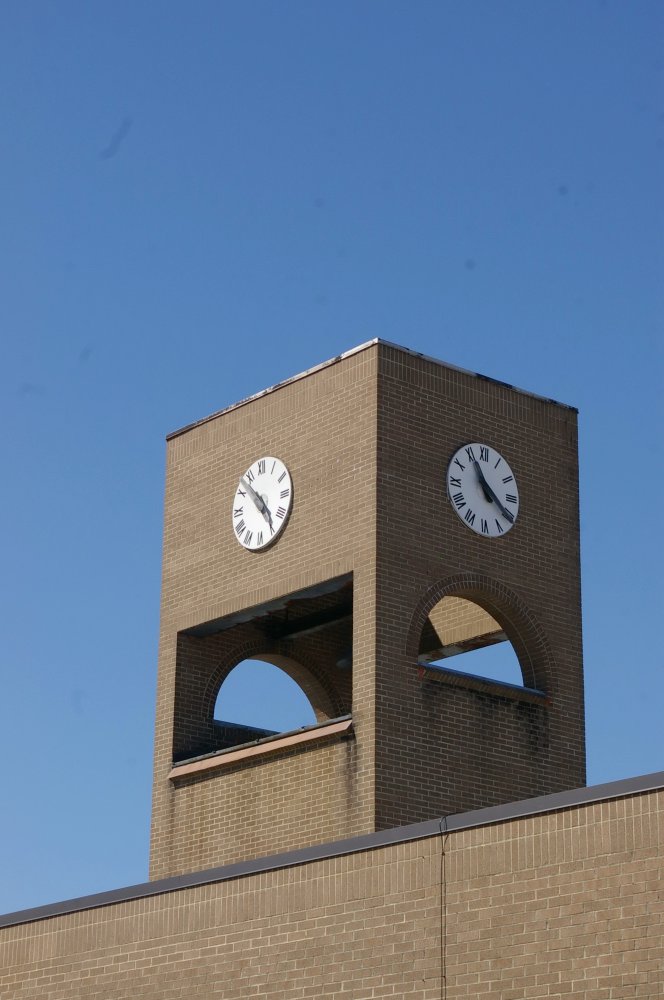 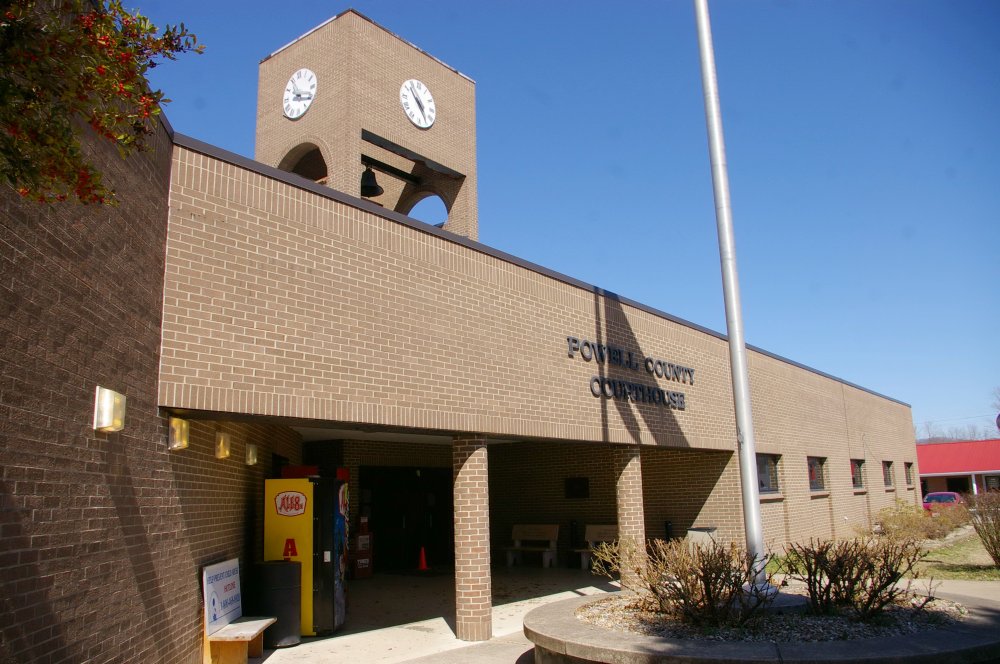 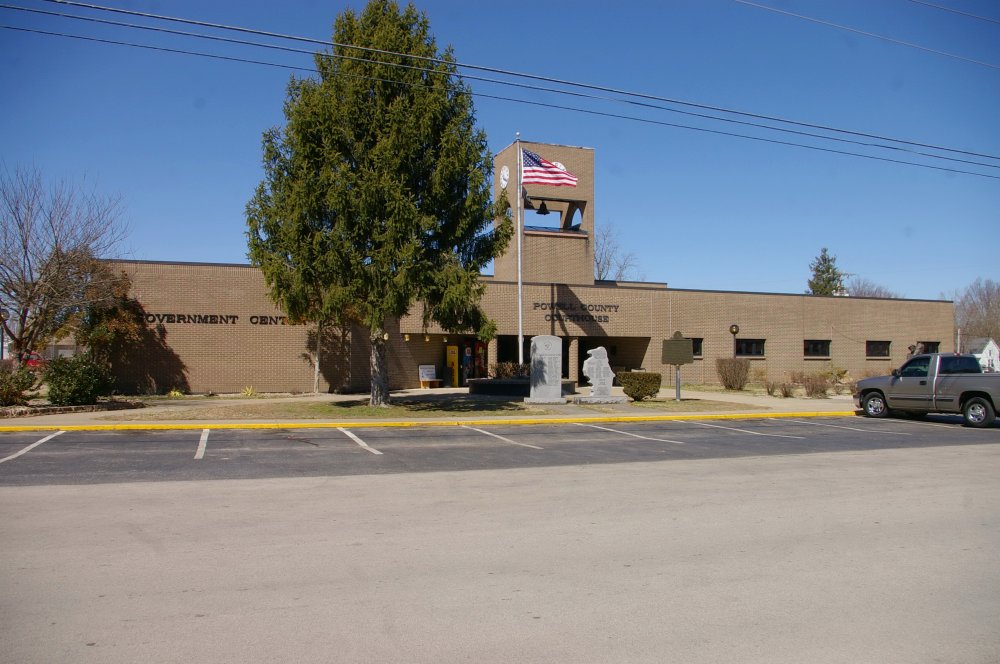 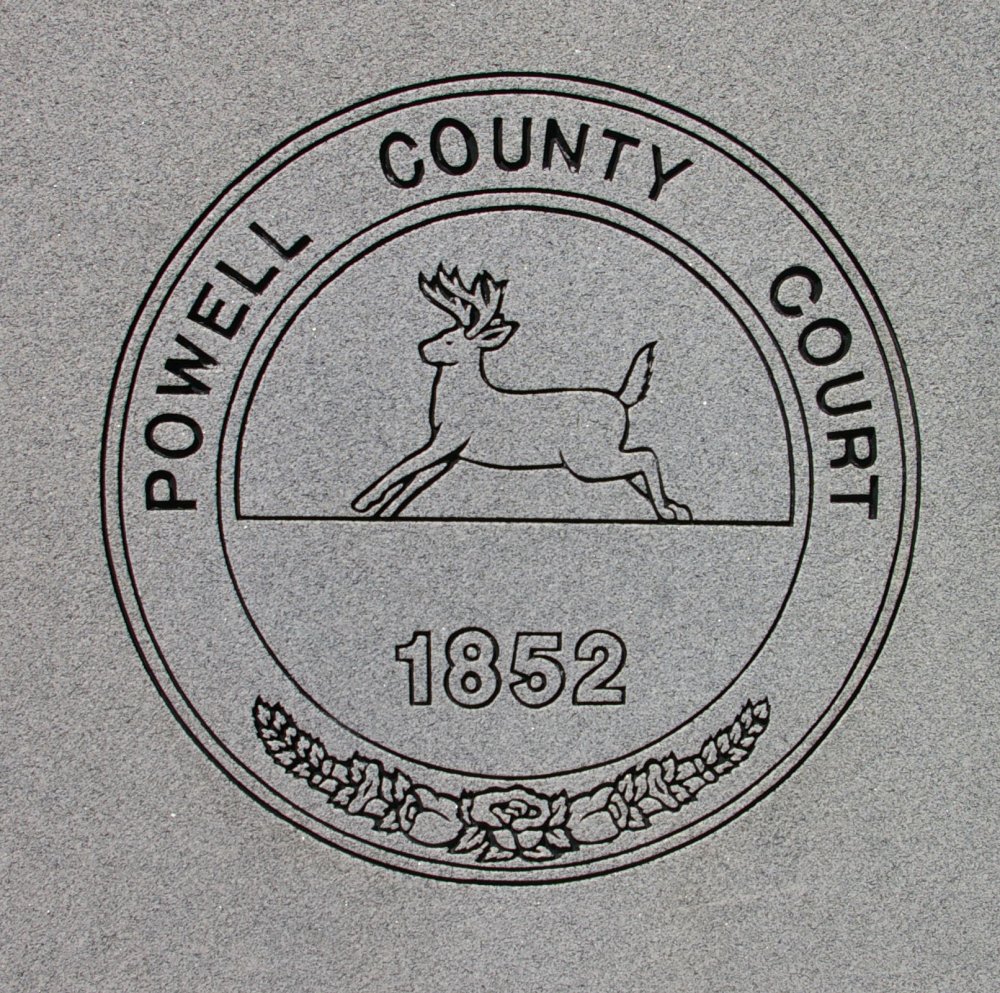 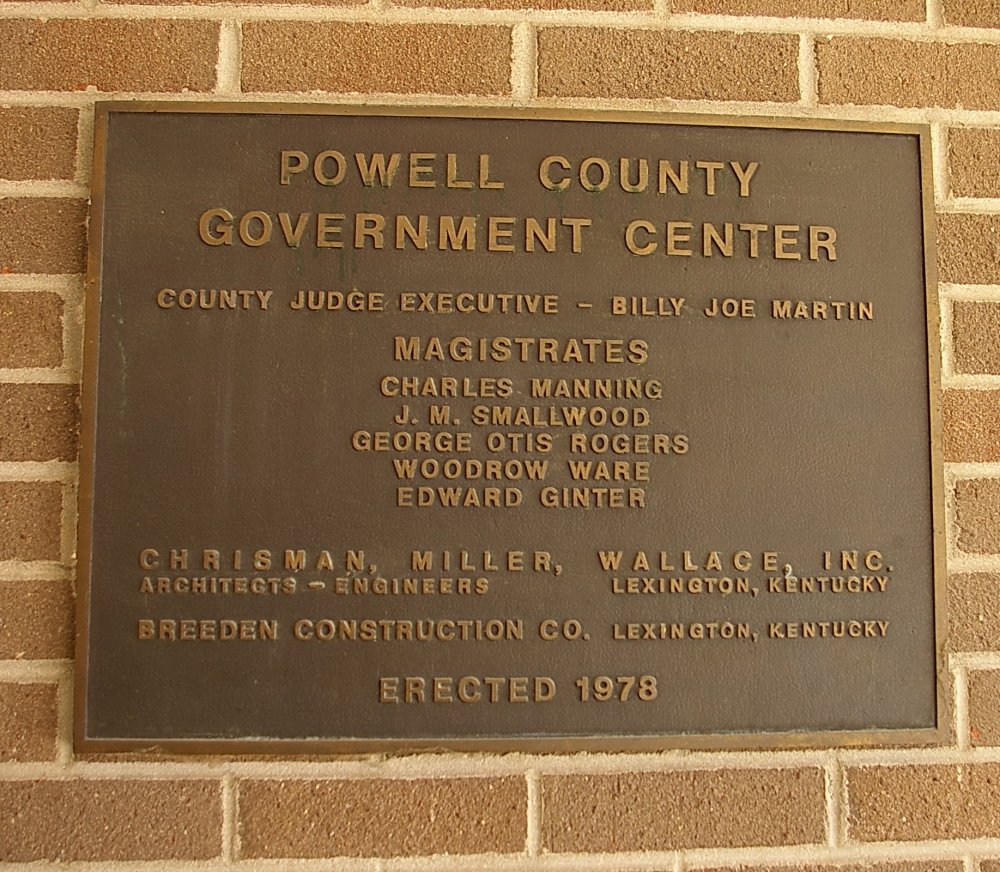 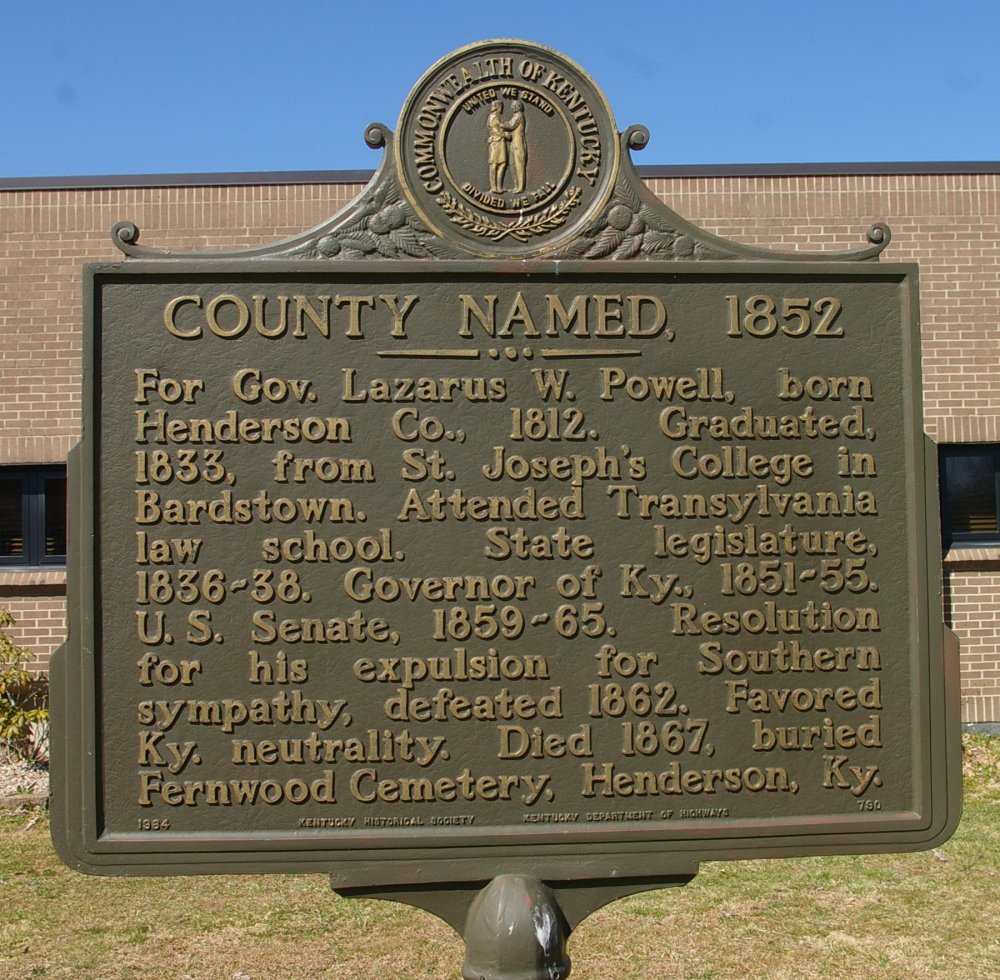 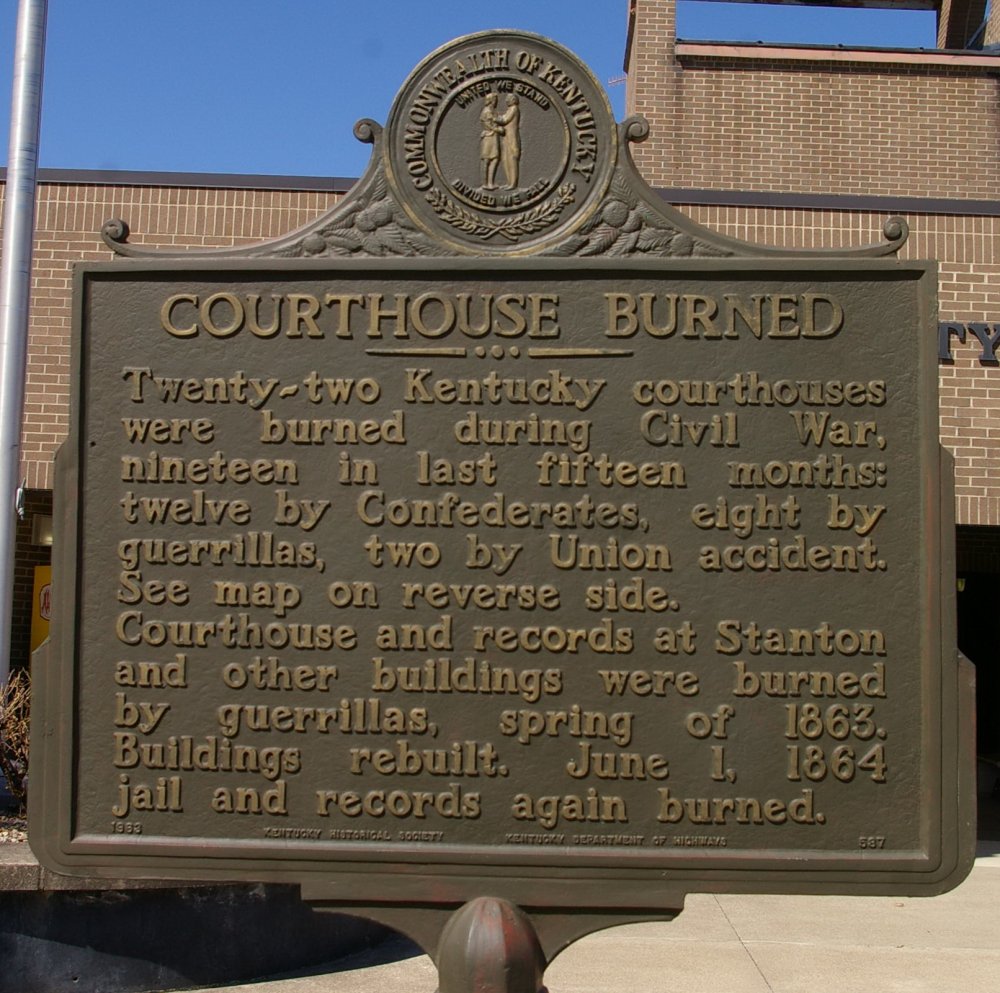 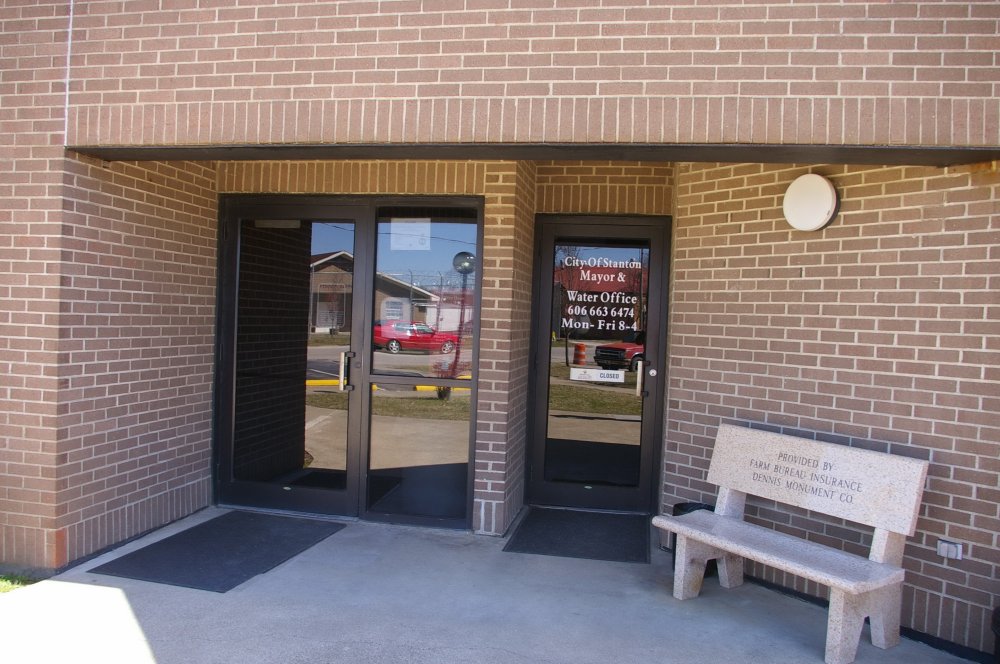