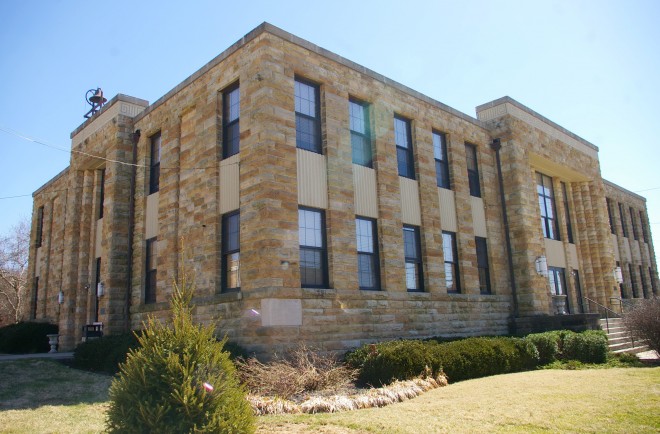 Estill County is named for James Estill, who was a military captain killed at the Battle of Little Mountain in 1782.

Description:  The building faces west and is a two story buff colored flag stone and concrete structure. The rectangular shaped building is located on landscaped grounds in the center of Irvine. The west front has a projecting center section with entrance on the first story. The windows are vertical with buff colored panels between. The roof line is flat. The building houses the County Circuit Court and County District Court of the 23rd Judicial District. The building was renovated between 2004 to 2007.On the northeast side is the one story jail.

History:  The county was created in 1808 and Irvine was selected as the county seat. The first courthouse was built along with a jail in 1808. In 1864 the jail was burned by guerrillas, and one Sunday afternoon about a year later the old courthouse simply collapsed. The second courthouse was a two story structure built in 1868. The third and present courthouse was constructed in 1939 to 1942 at a cost of $84,765. The construction was done using prison labor under the supervison of the jailor. The cost of the 2004 to 2007 renovations was $11,517,000. 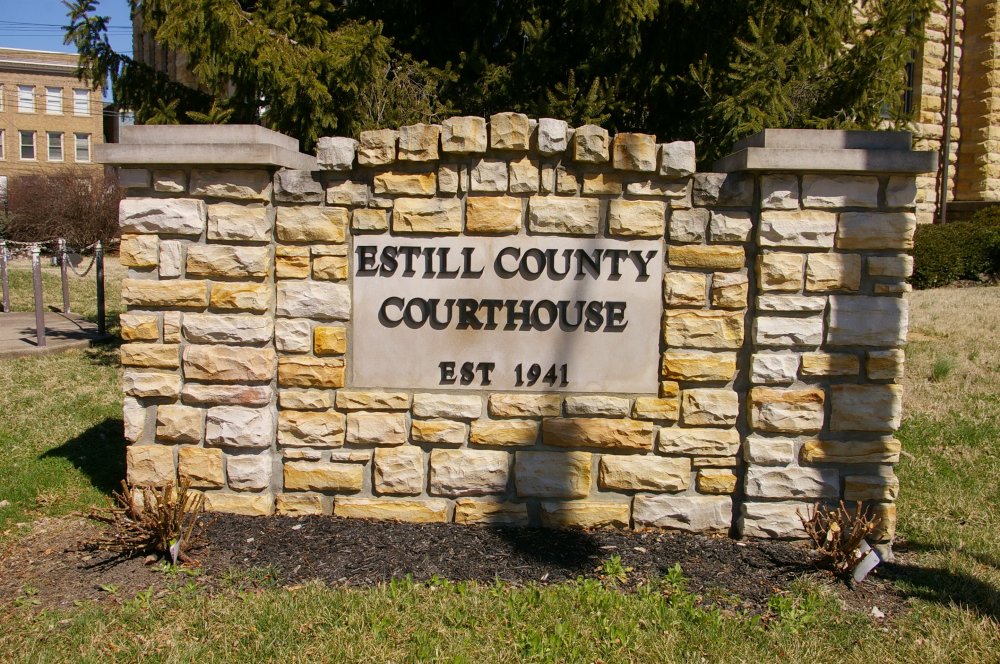 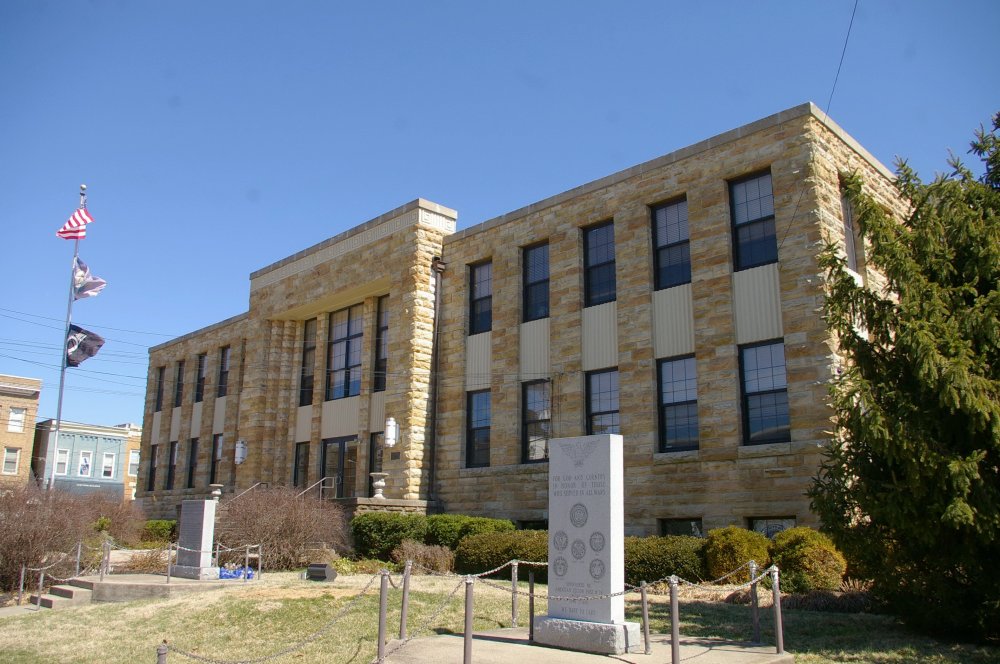 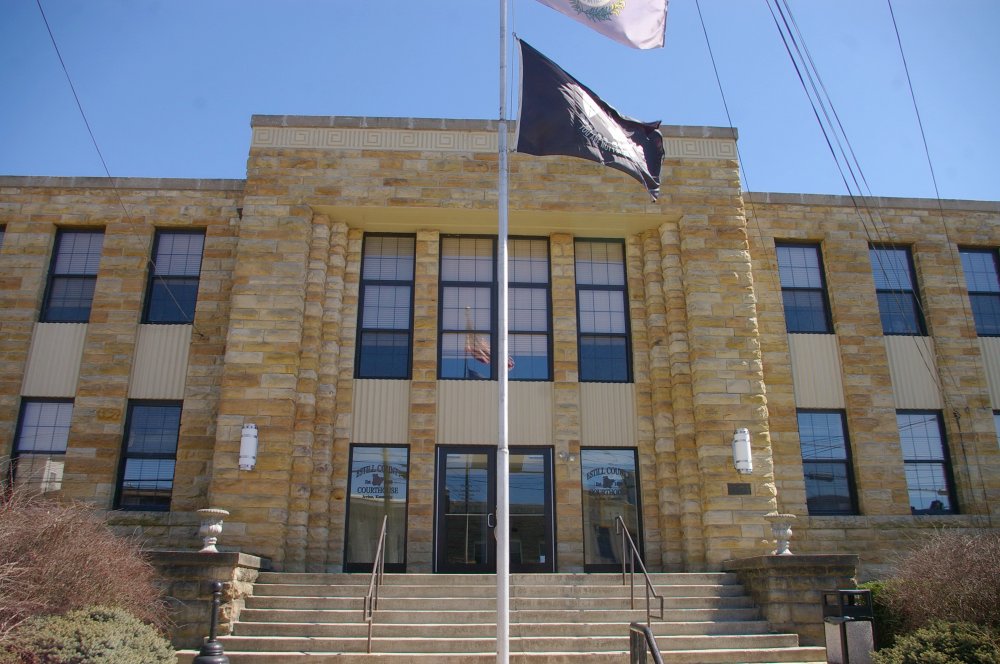 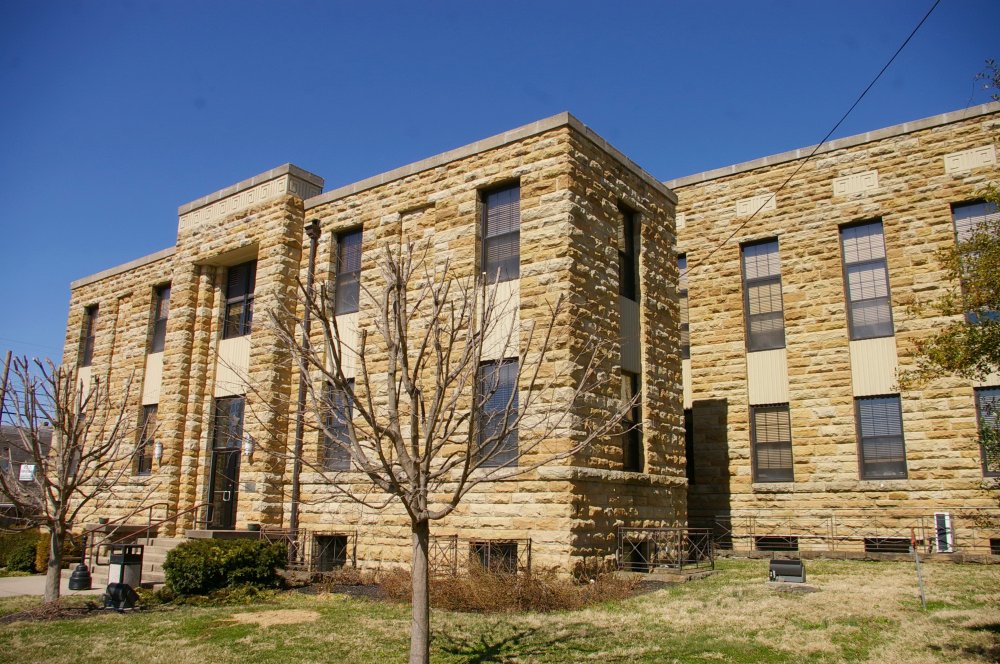 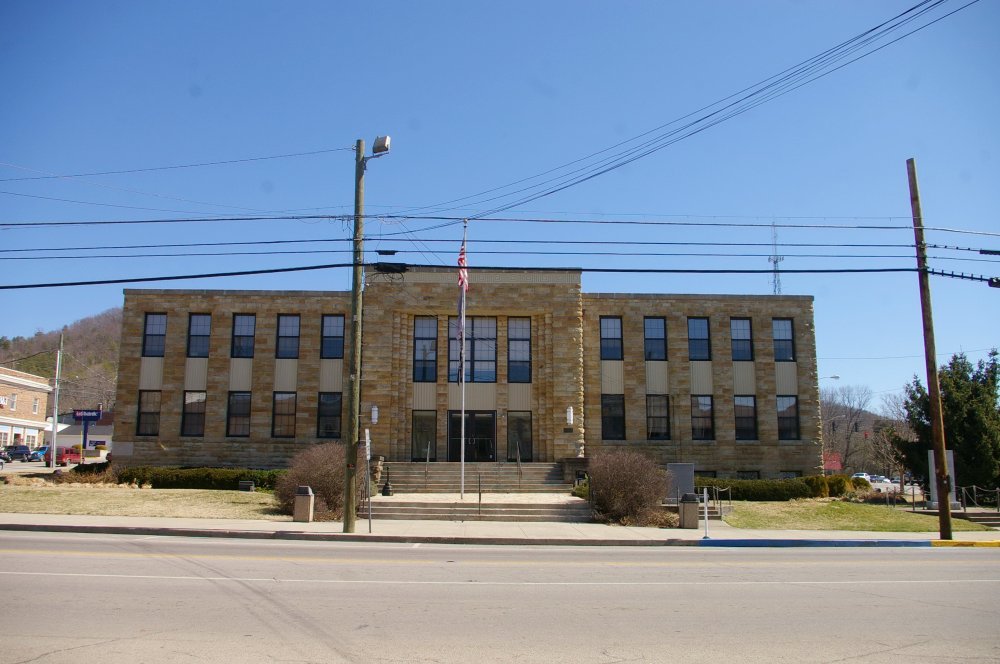 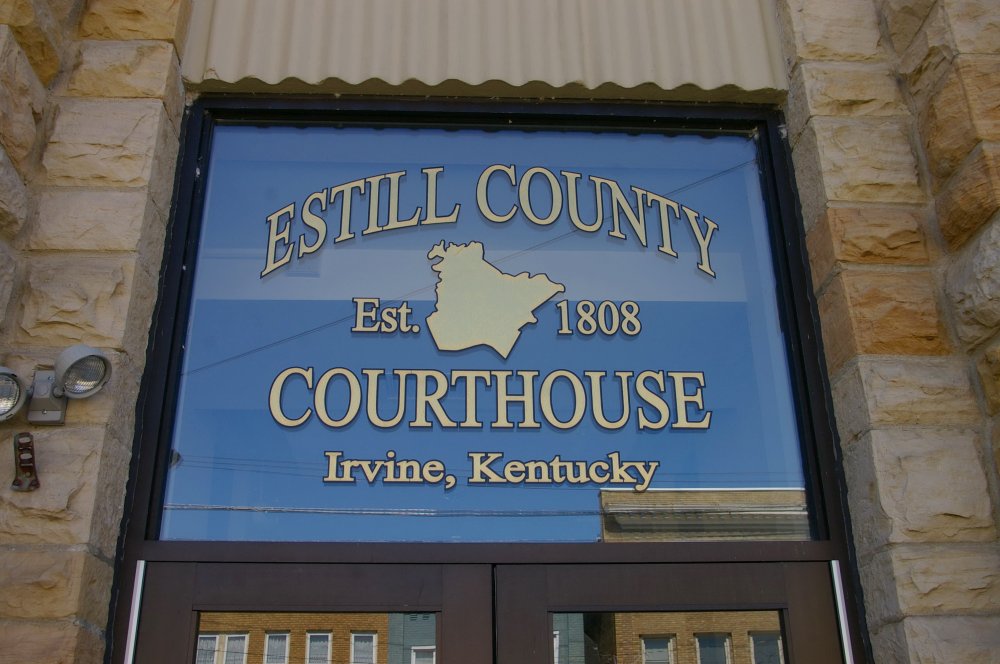 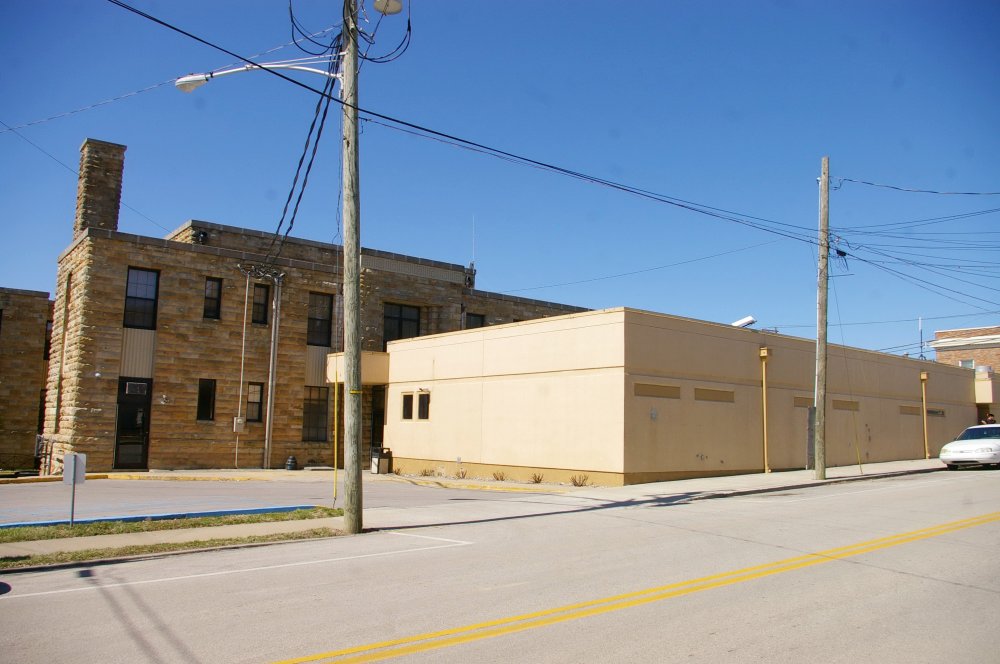 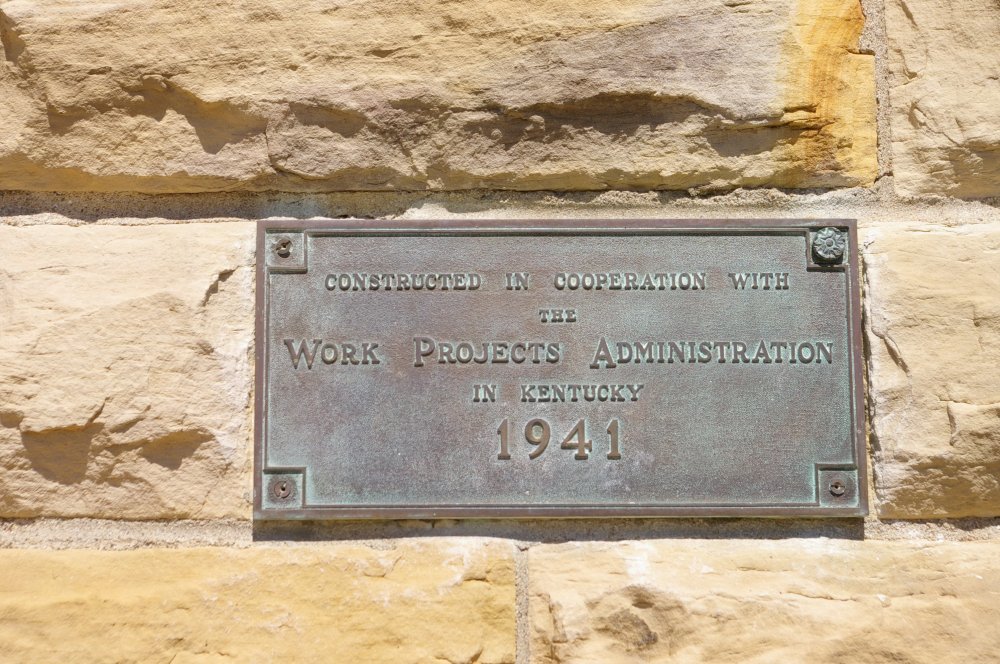 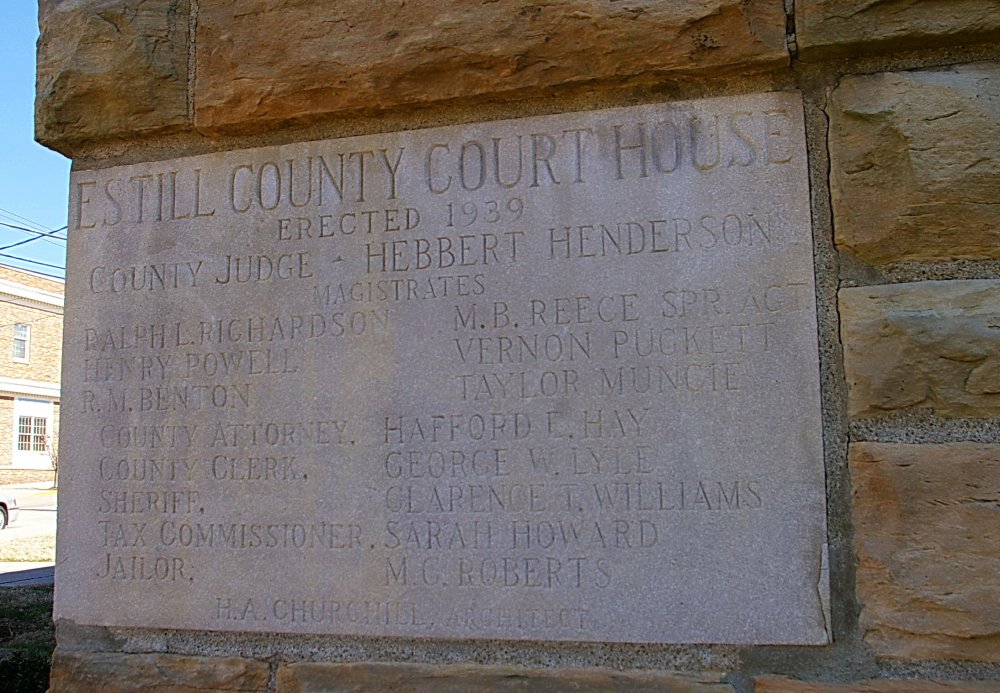 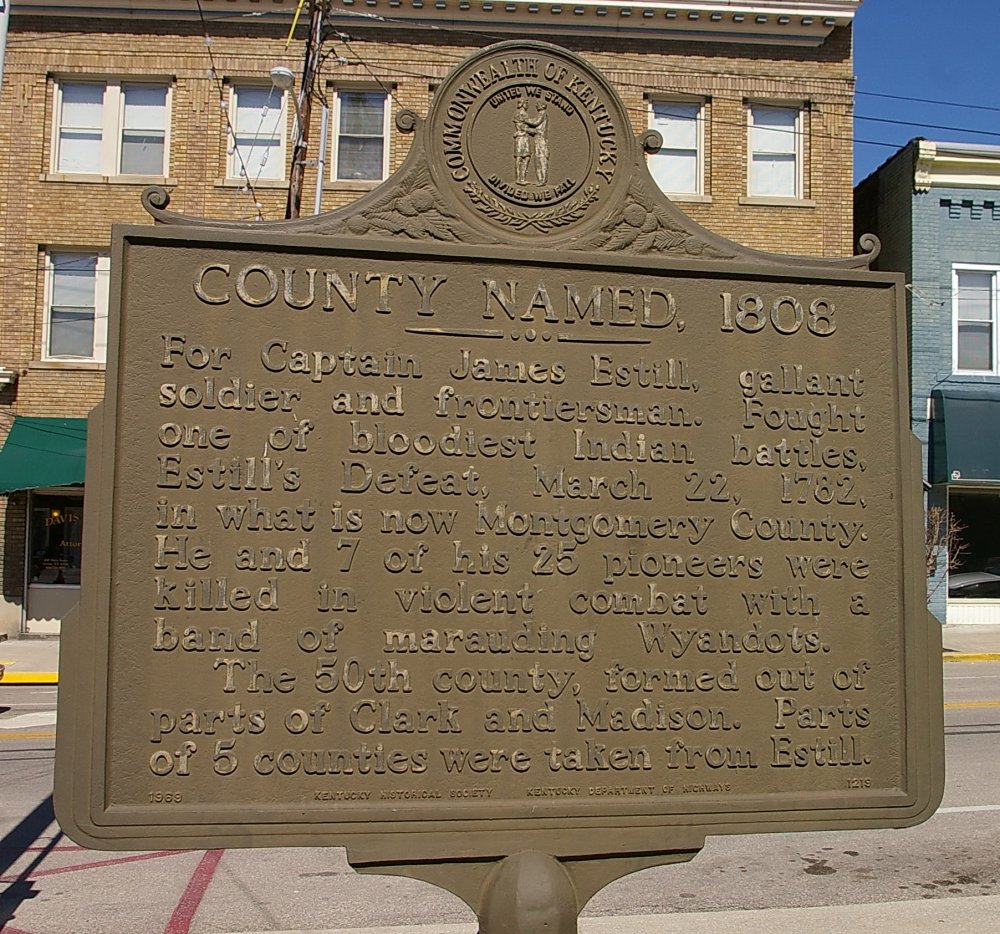