Clark County is named for George Ross Clark, who was a soldier in the American Revolutionary War and who lived from 1752 to 1818.

Description:  The building faces east and is a two story white colored stucco structure.  The building is located on the landscaped grounds of the Courthouse Square in the center of Winchester. The east front has a wide portico supported by two white colored columns rising to the pediment at the roof. The build is shaped like an “H”. In the center of the roof is a high square white colored cupola which rises in tiers to the clock. Above the clock is a round cupola with green colored round roof.  The courtroom is located on the second story. The building was remodeled in 1887. The architect was W R Brown of Crapsey and Brown. The building was renovated in 1938 to 1939 when the rear wing was added. The architect was John T Gillig. In 2018, the clock tower was removed and rebuilt. The architect was Tate/Hill/Jacobs Architects of Lexington and the contractor was Structural Systems Repair Group of Cincinnati, Ohio. 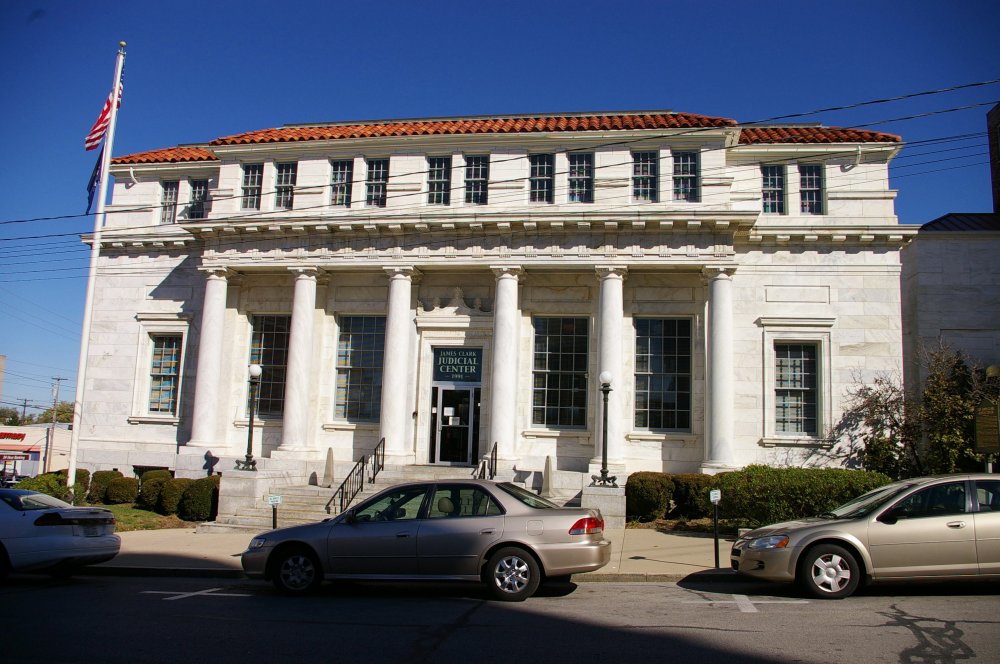 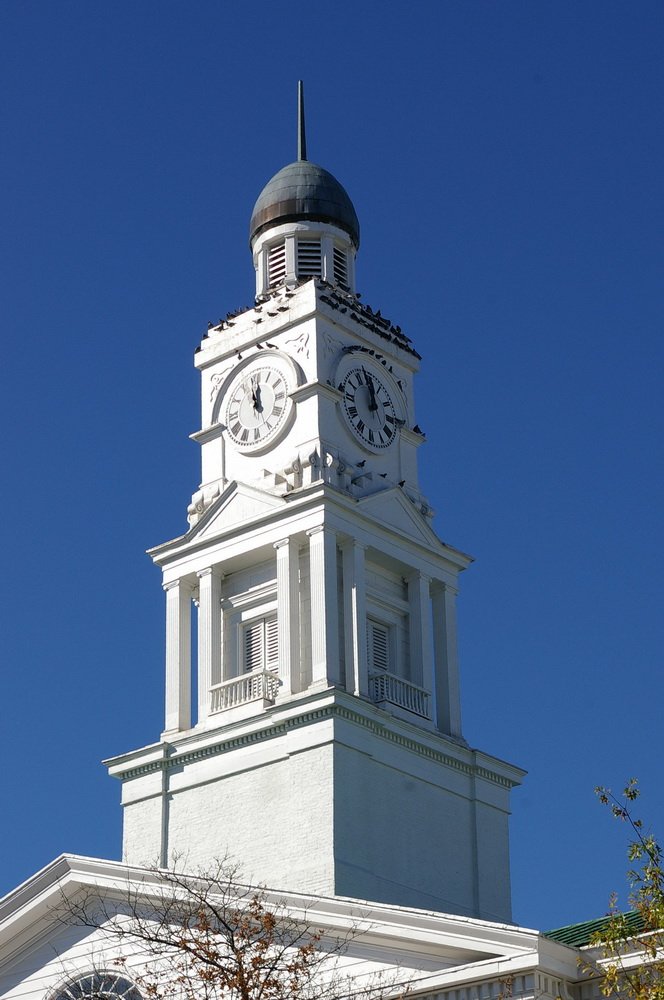 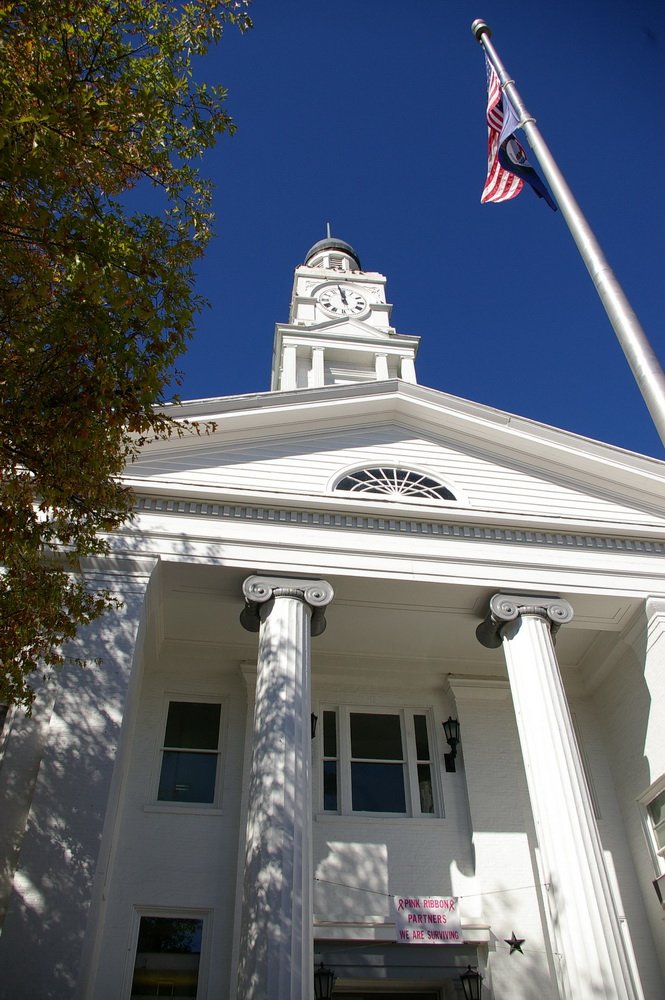 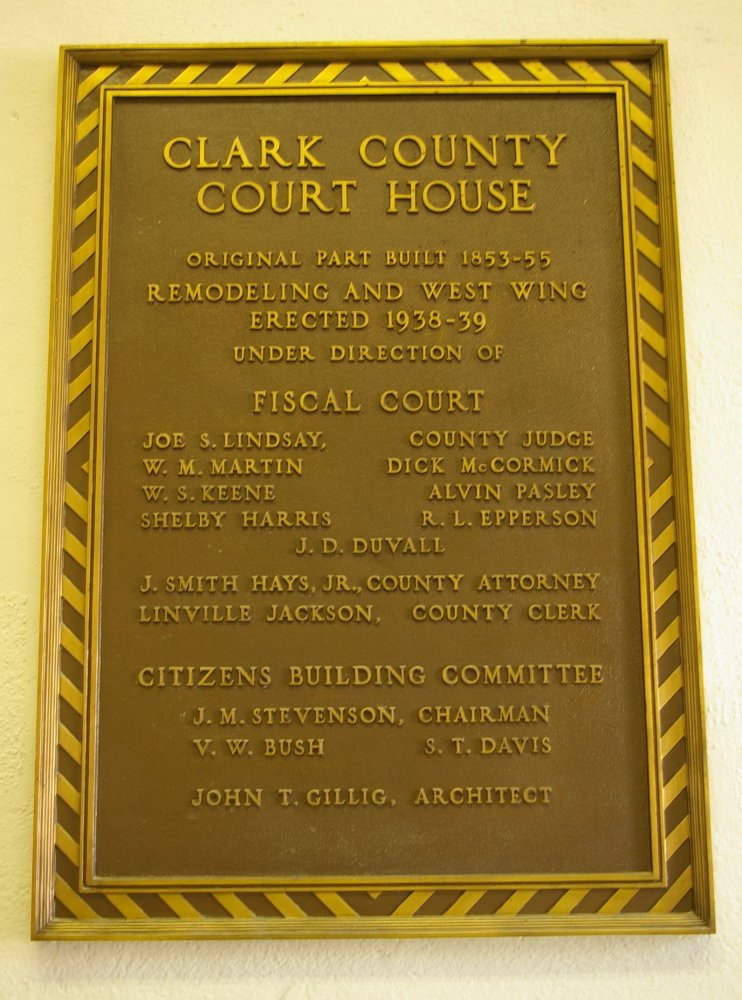