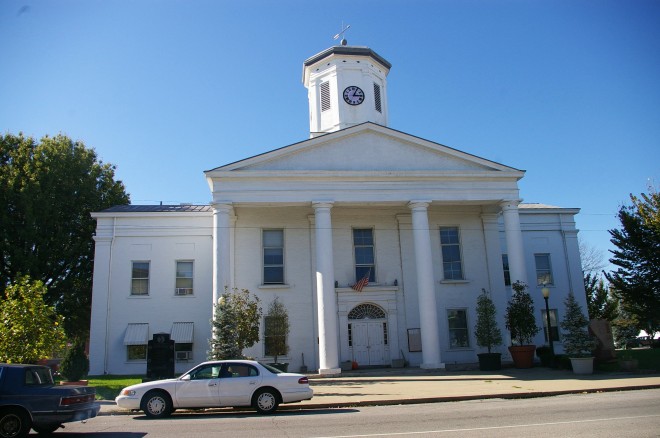 Harrison County is named for Benjamin Harrison, who was the co-author of the Kentucky Constitution, and who lived from 1726 to 1791.

Description:  The building faces east and is a two story white colored stucco structure. The east front has a large portico supported by four large white colored columns rising to the pediment at the roof. The entrance has a white wood frame and arch. The second story windows are long and narrow. On the roof above the entrance is a octagonal white cupola with clock. The clock and bell tower were added in 1856. In 1877, north and south wings were added and two wings were added in 1914. The architect was John T Gillig. The building was renovated in 2019. The architect was Brandstetter Carroll Inc. of Lexington and the contractor was Trace Creek Company of Vanceburg. 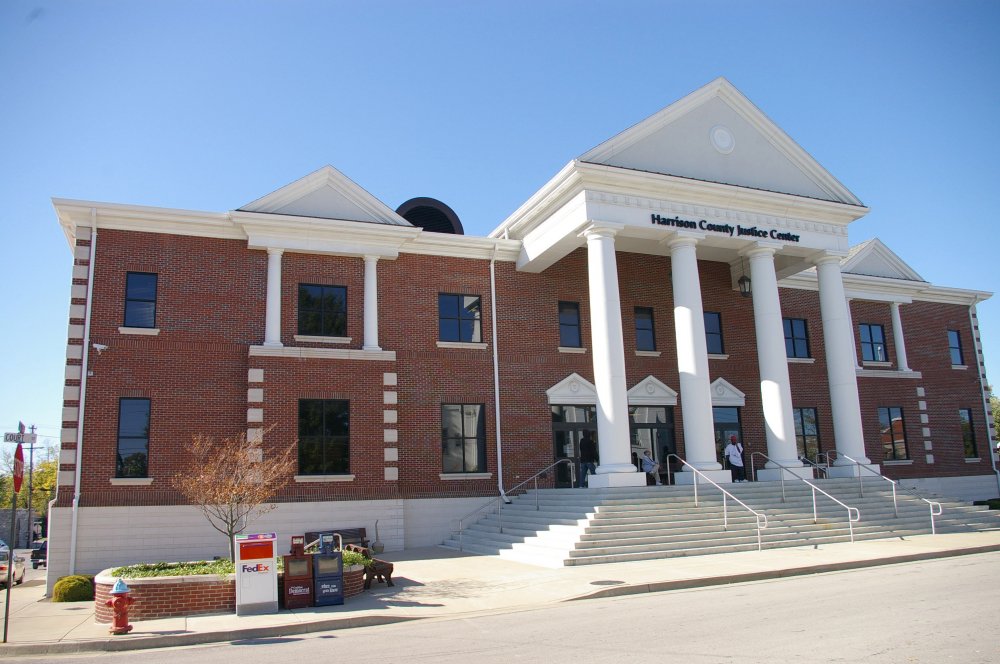 Description:  The building faces north and is a two story red colored brick and concrete structure. The building is located on landscaped grounds in the center of Cynthiana on the south side of the courthouse. The north front of the rectangular shaped building has a large portico supported by four large white colored columns rising to a pediment at the roof line. There are three entrance doors with small pediments above. On either side of the portico are small projects with double white colored columns on the second story and pediments at the roof line. 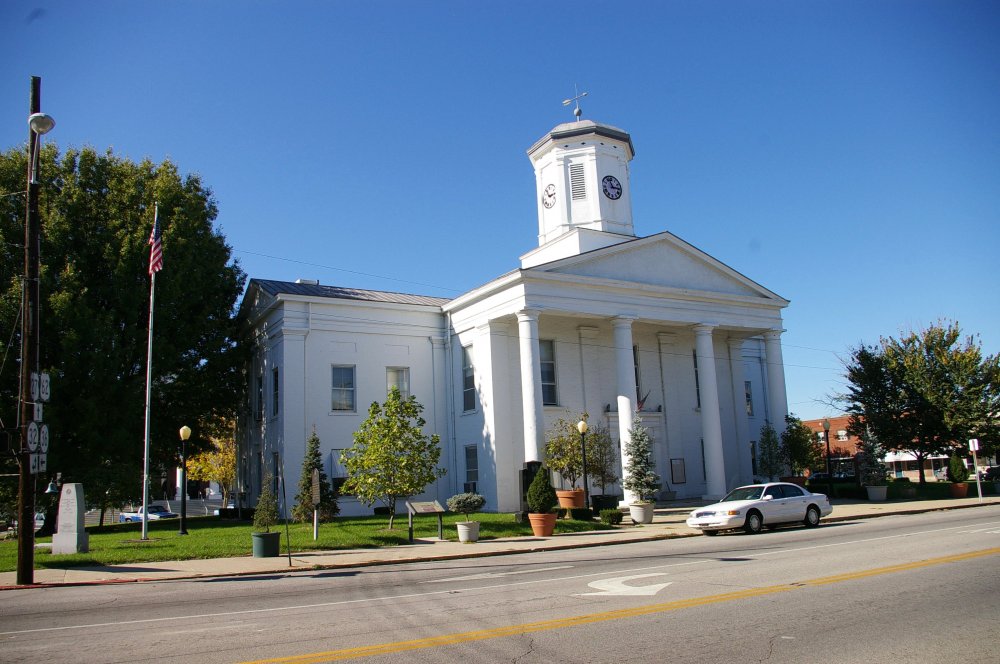 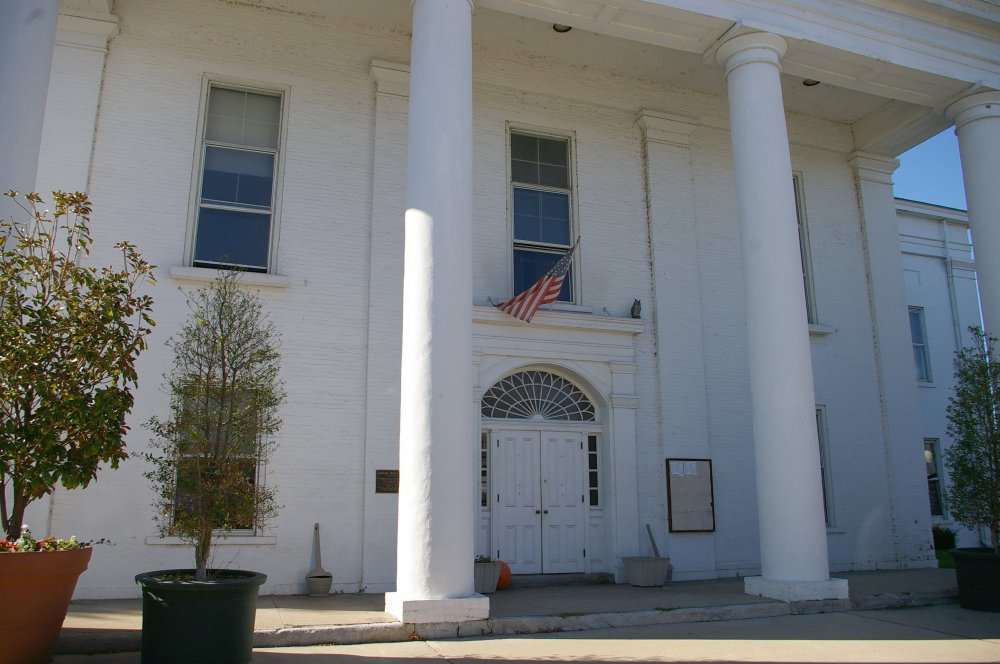 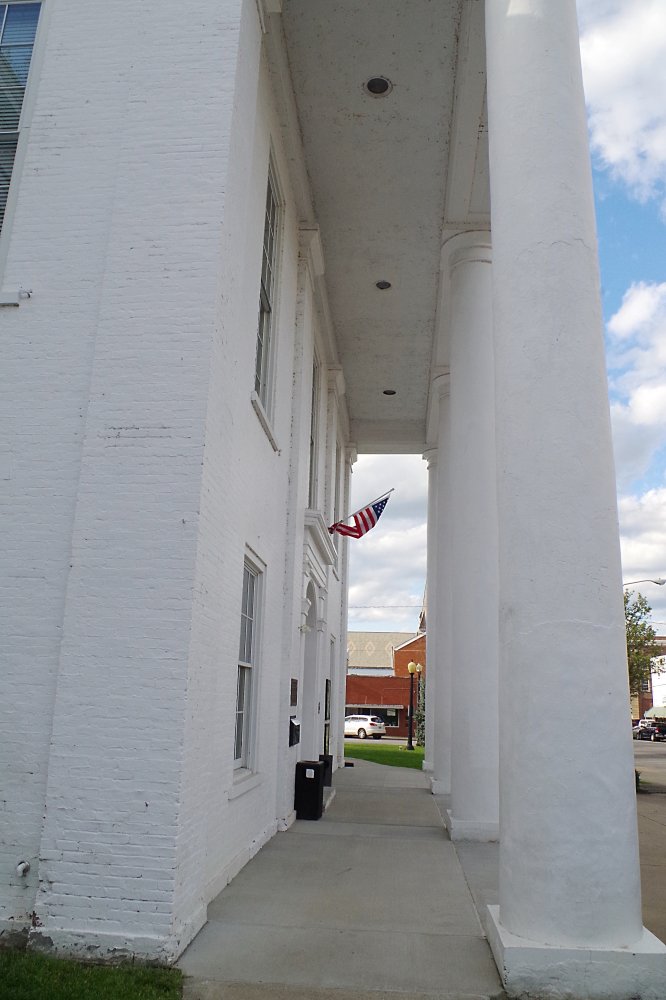 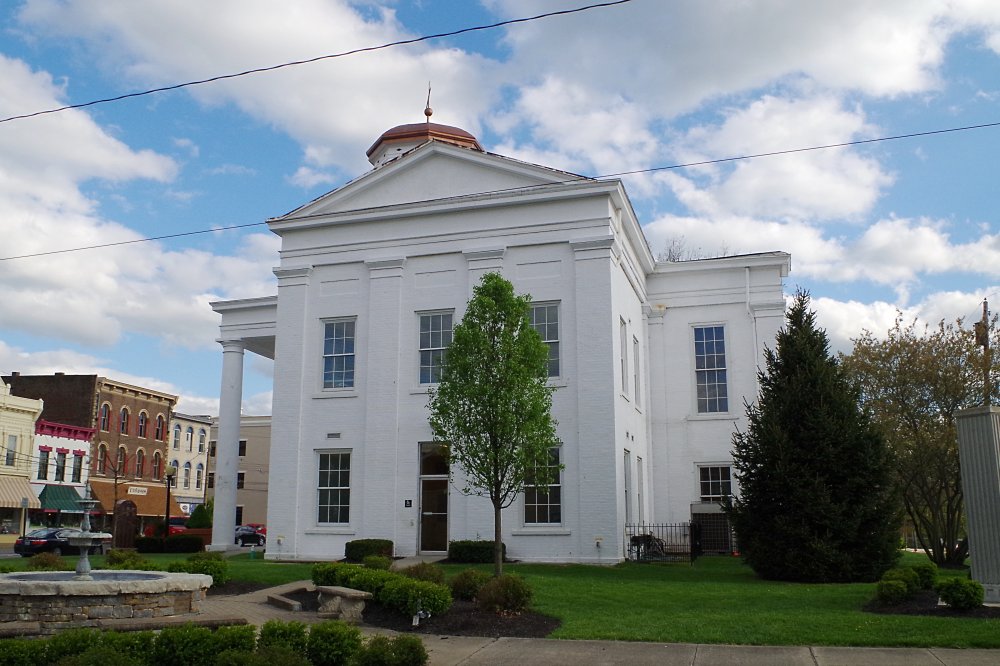 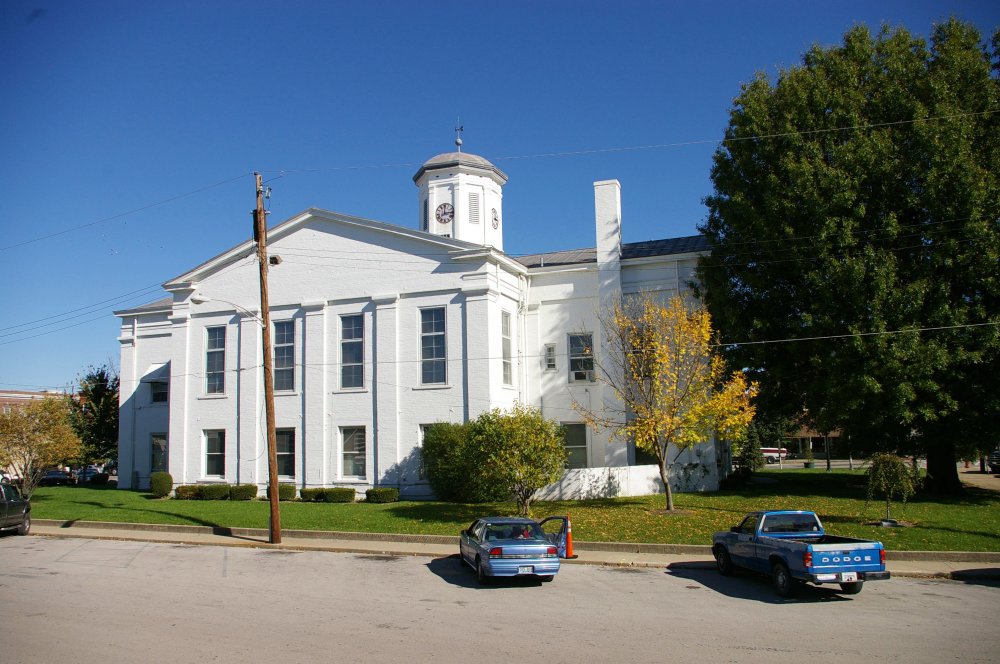 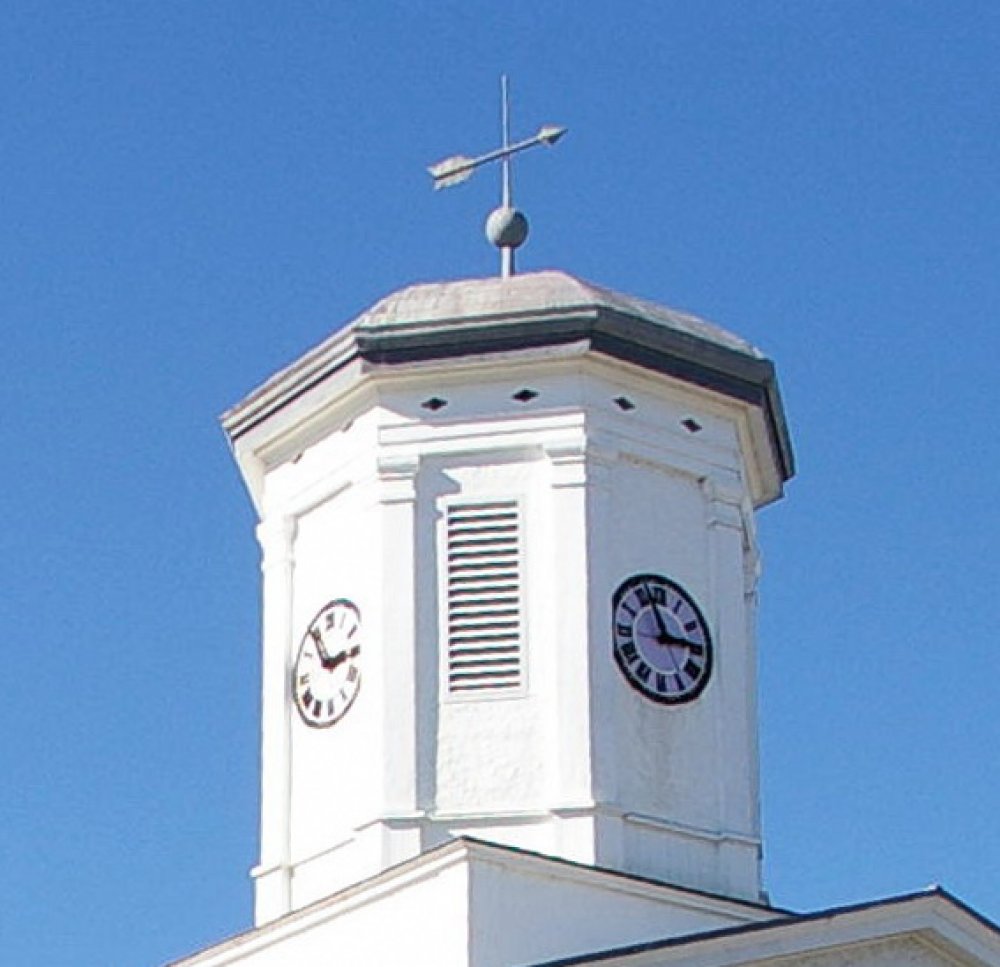 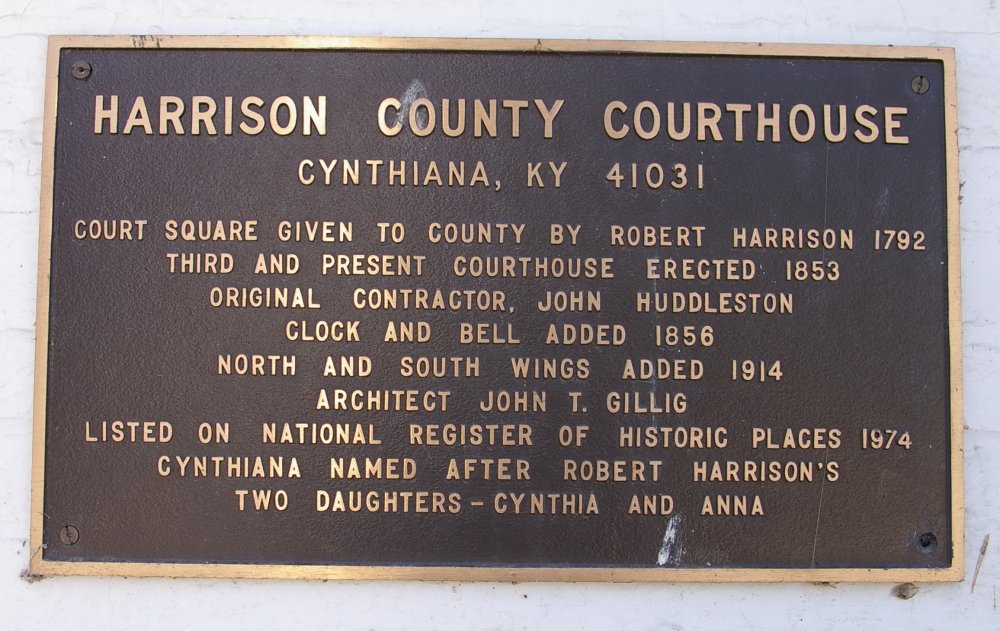 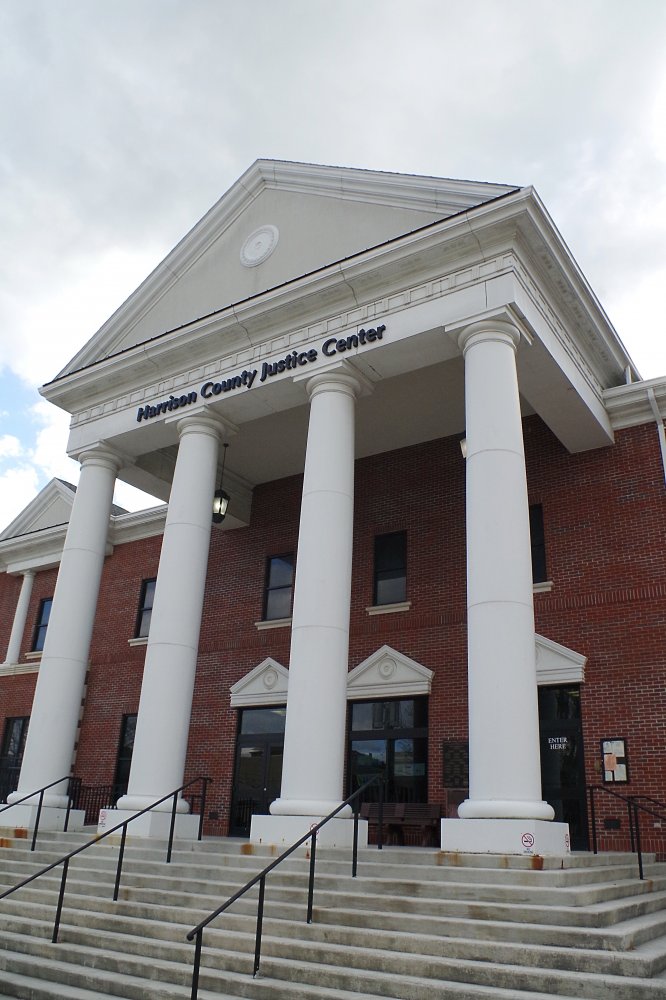 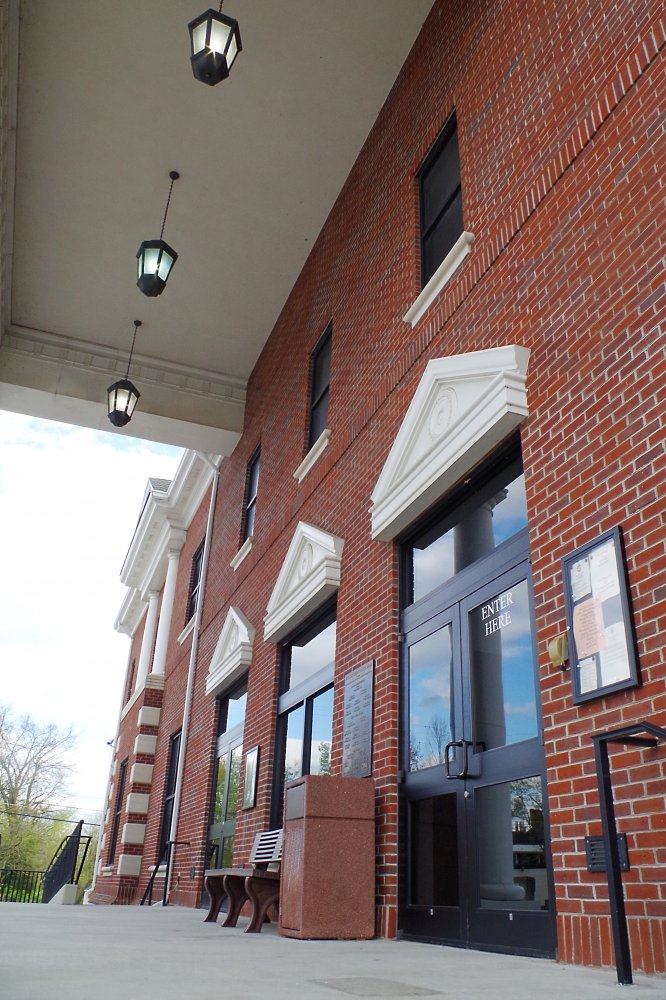 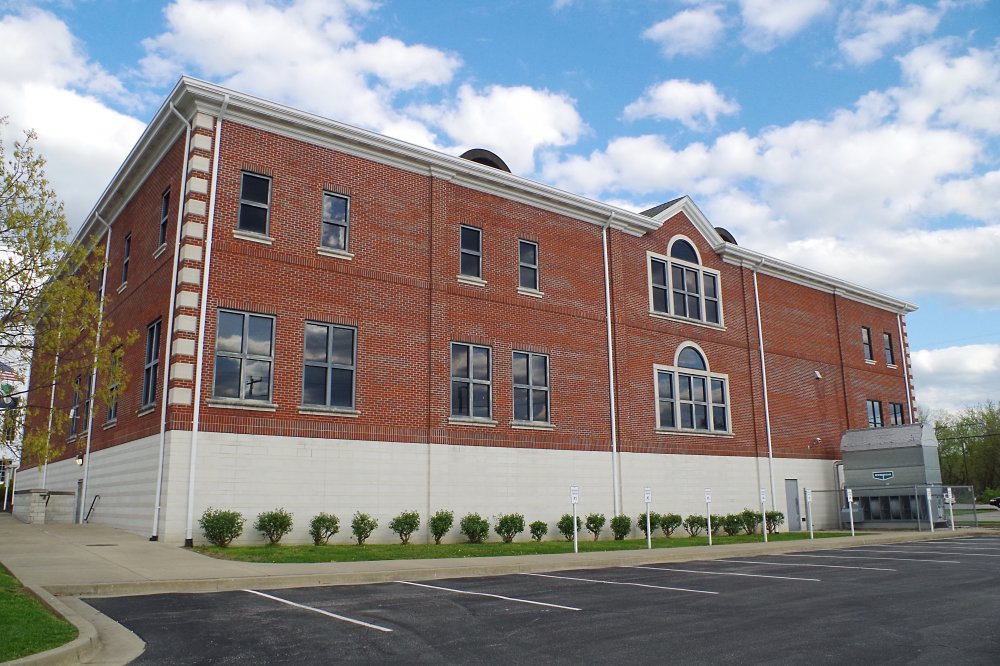 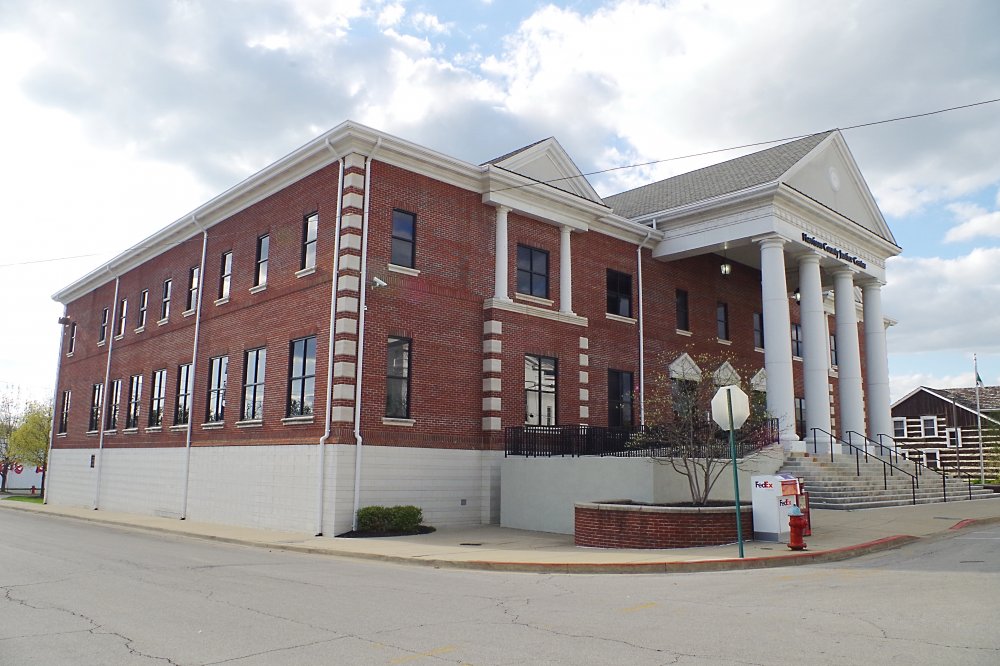 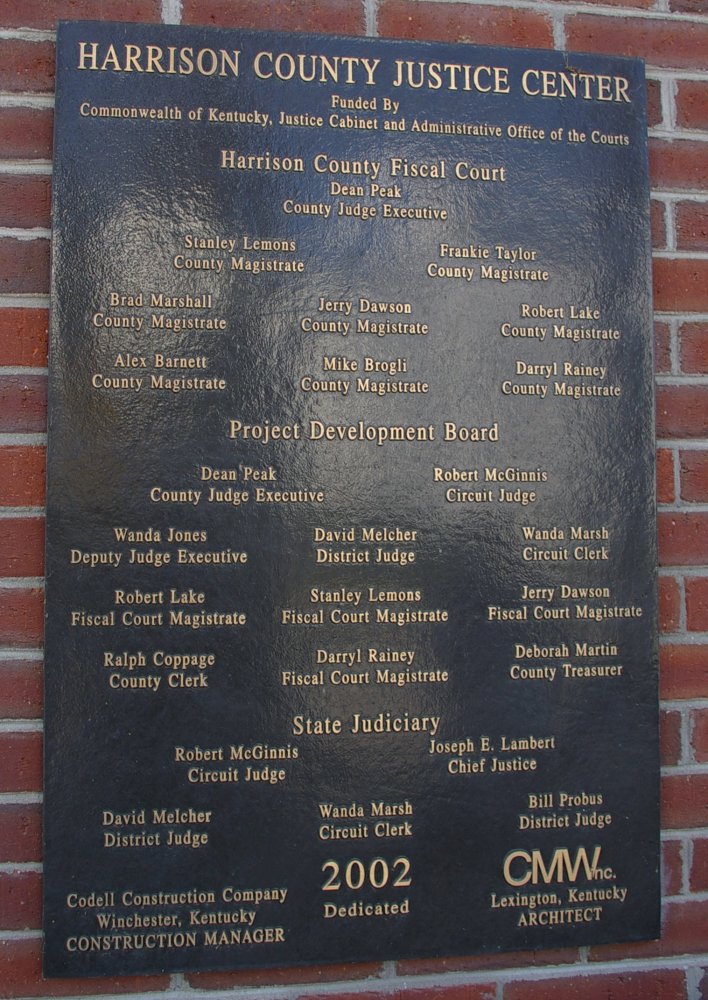