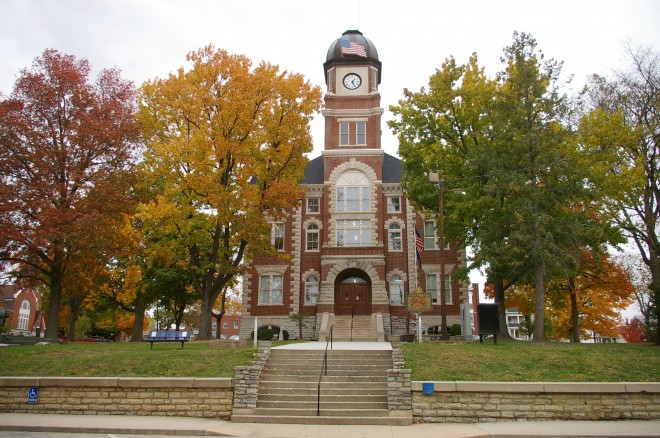 Nicholas County is named for George Nicholas, who was a colonel during the American Revolutionary War.

Description:  The building faces  south and is a three story dark red colored brick and stone structure. The building is located on landscaped grounds of Court Square in the center of Carlisle. The south front has a projecting center section with large stone trimmed arch on the first story. Above is a high stone trimmed arch with windows on the second and third stories. Behind, rises a two story clock tower with dome at the top. The corners of the building are trimmed with stone as are the headers on the windows. The roof is sloped and the foundation is stone. The architect was Erion and the contractor was James George and Robert George. The stone mason was Max Metzer. The building was remodeled in 1974 and in 1997. 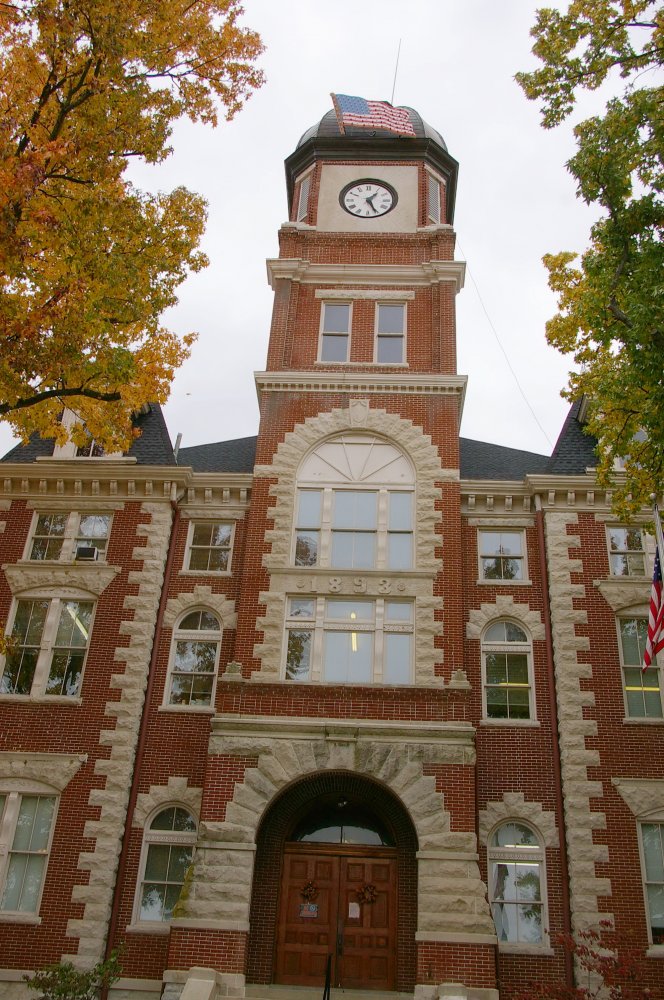 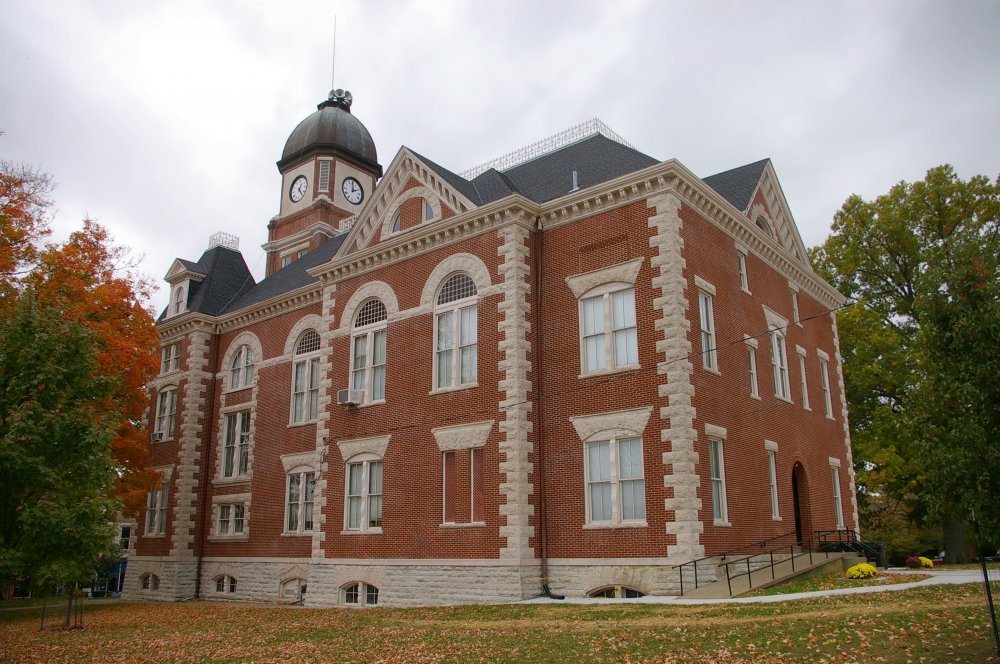 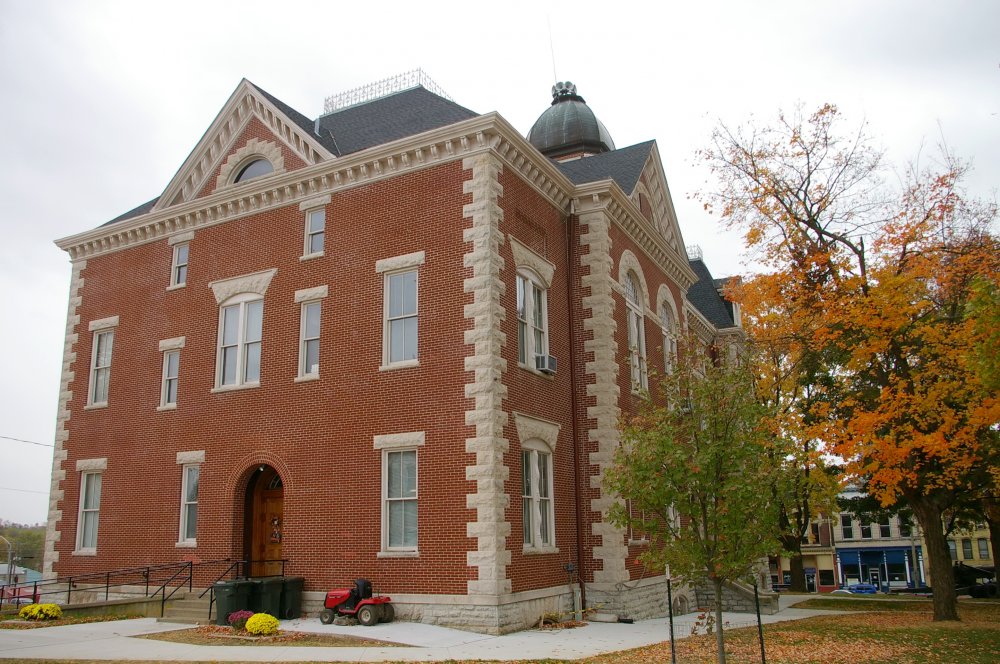 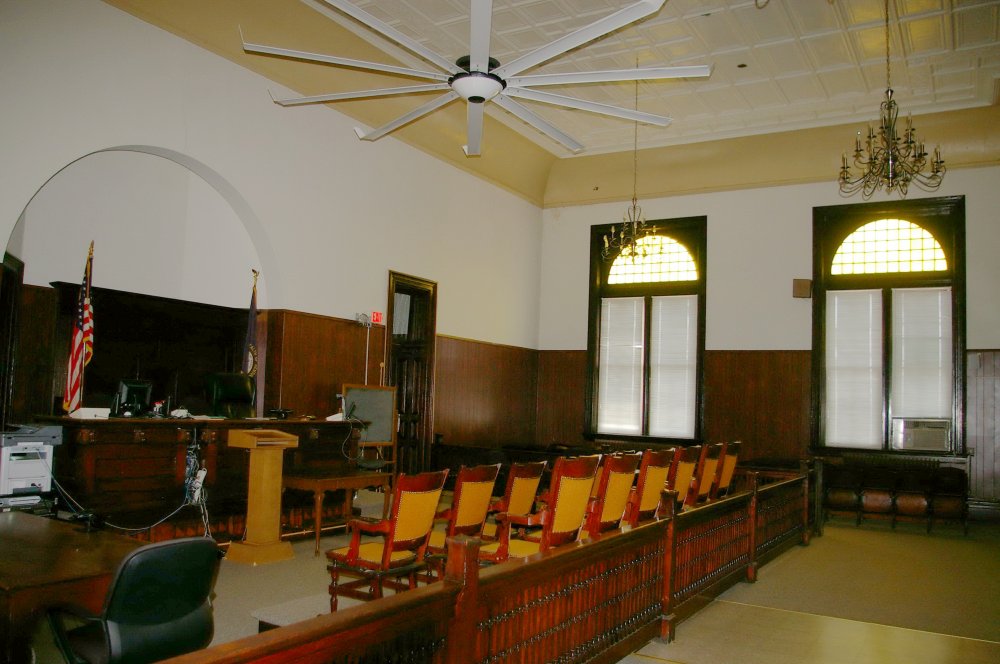 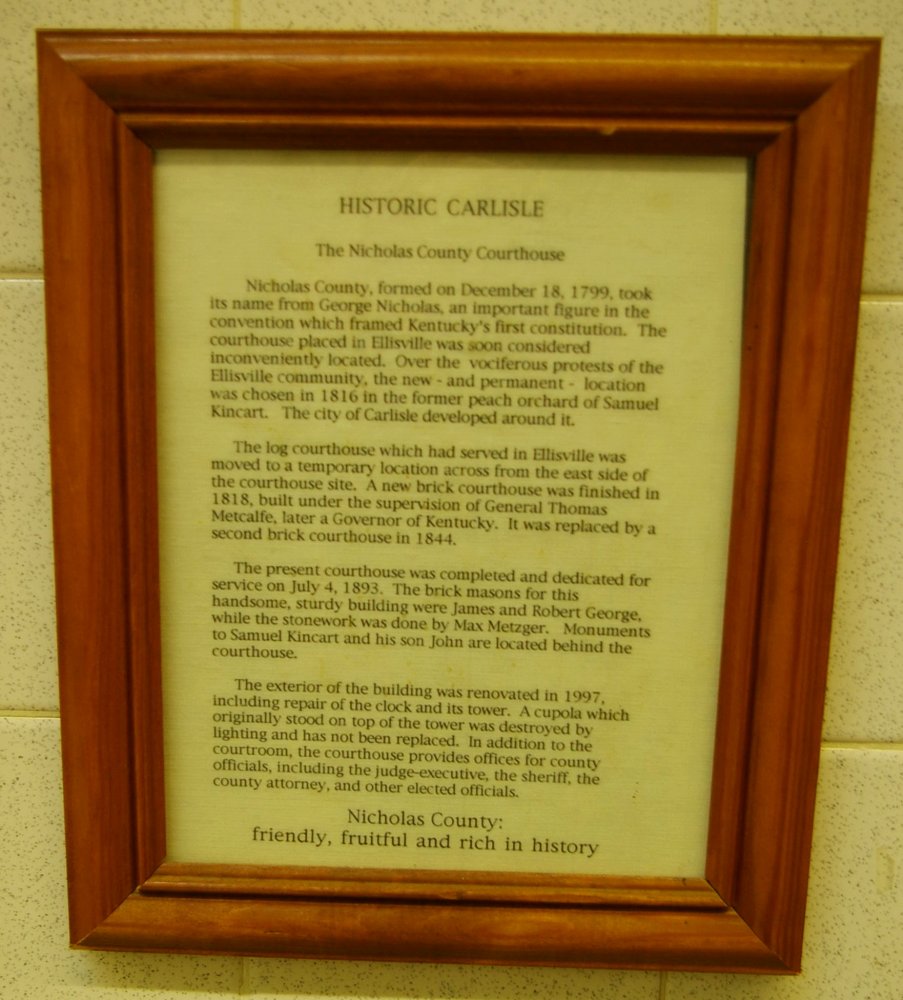