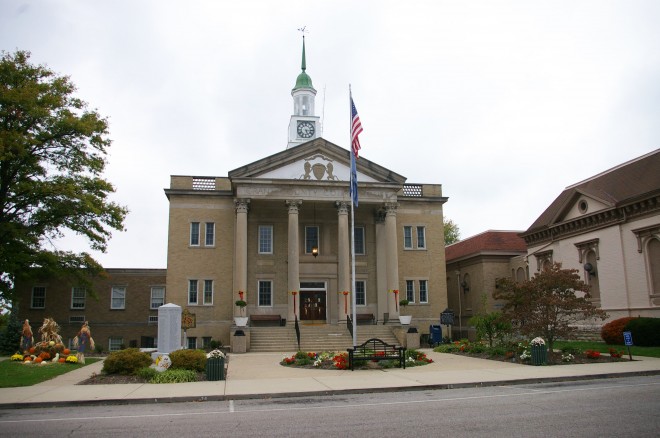 Description:  The building faces east and is a two story buff colored brick structure. The building is located on the landscaped grounds of the Public Square in the center of Williamstown.  The east front has four high columns supporting the pediment which has a decorative cornice. The main doorway is framed with light brown colored stone. On the center of the roof is a tall white colored spire with clock at the base and small green colored dome with a thin upper spire and weather vain. The courtroom is located on the second story. The interior was remodeled in 1976. The architect was McClorey & Savage of Cincinnati, Ohio and the contractor was TCS Contracting of Covington. On the north side is the old brick Record Office. 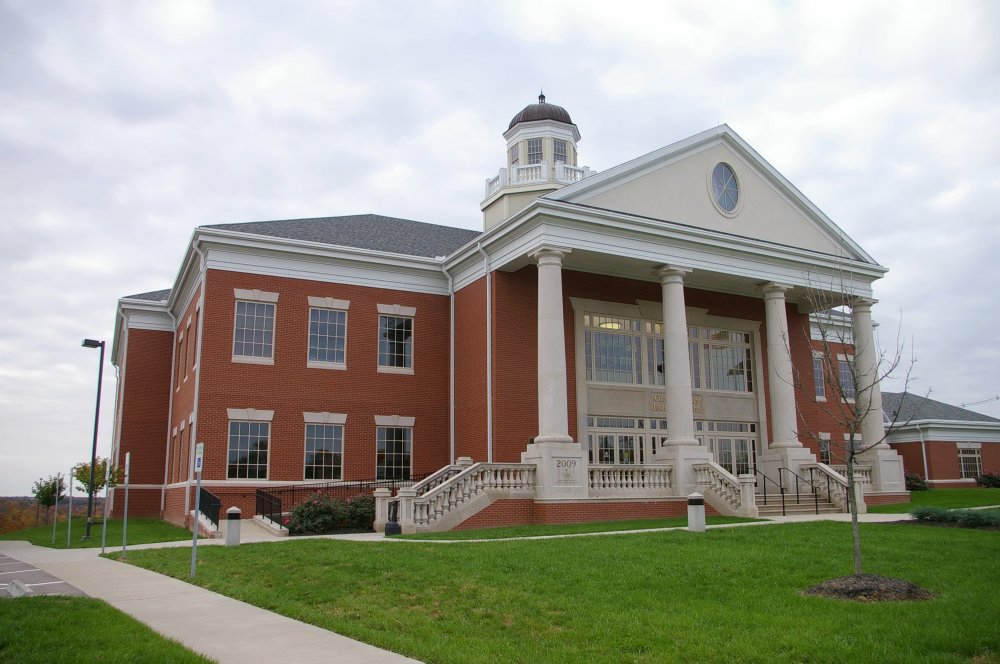 Description:  The building faces northwest and is a two story red colored brick and concrete structure. The building is located on spacious landscaped grounds to the southeast of the center of Williamstown and the courthouse. The northwest front has a large porch with four large columns rising to a wide pediment at the roof line. The center section projects from the main building. On the center of the roof is an octagonal cupola with balustrade and smaller cupola with black colored dome at the top. The roof is sloped. On the south side, there is a one story wing. 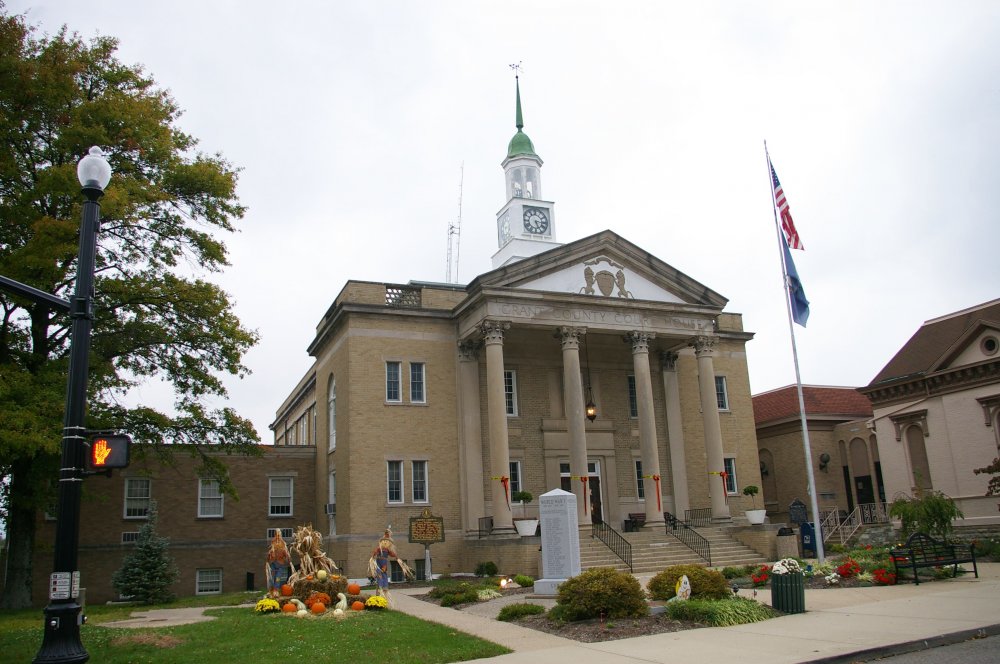 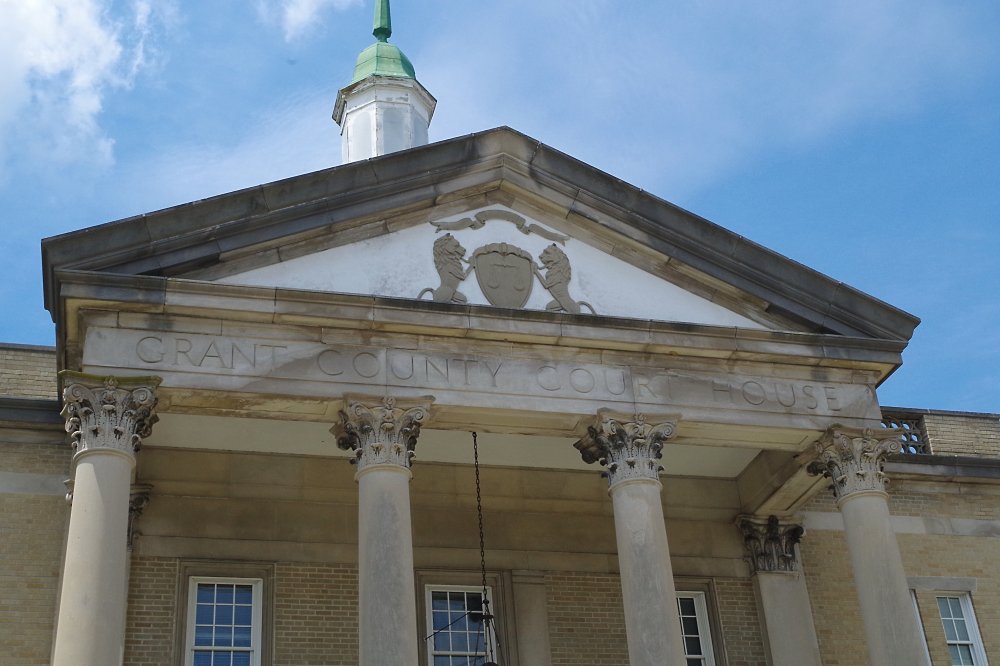 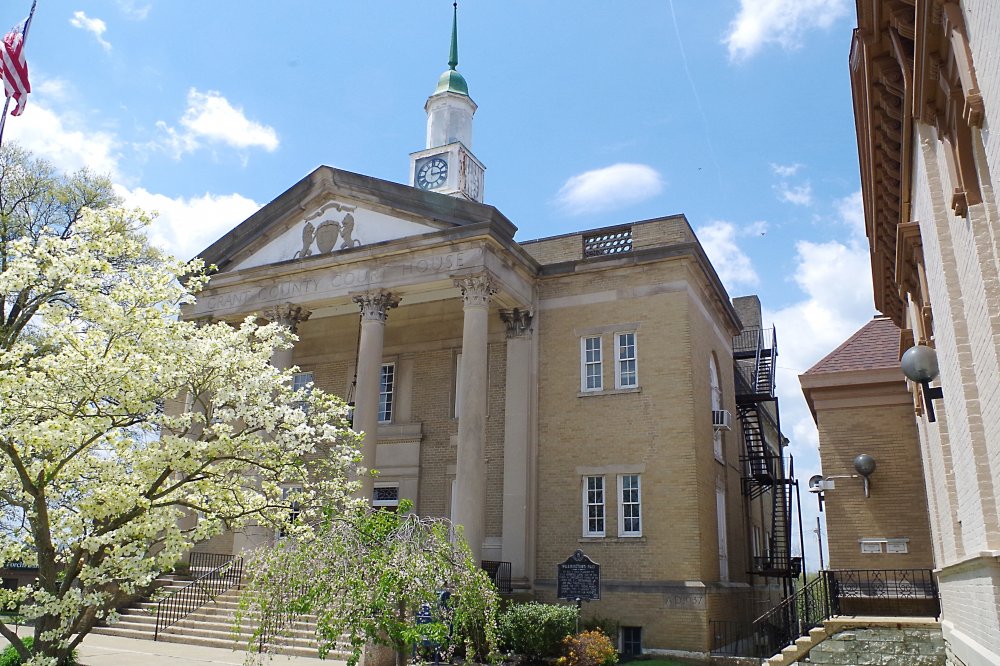 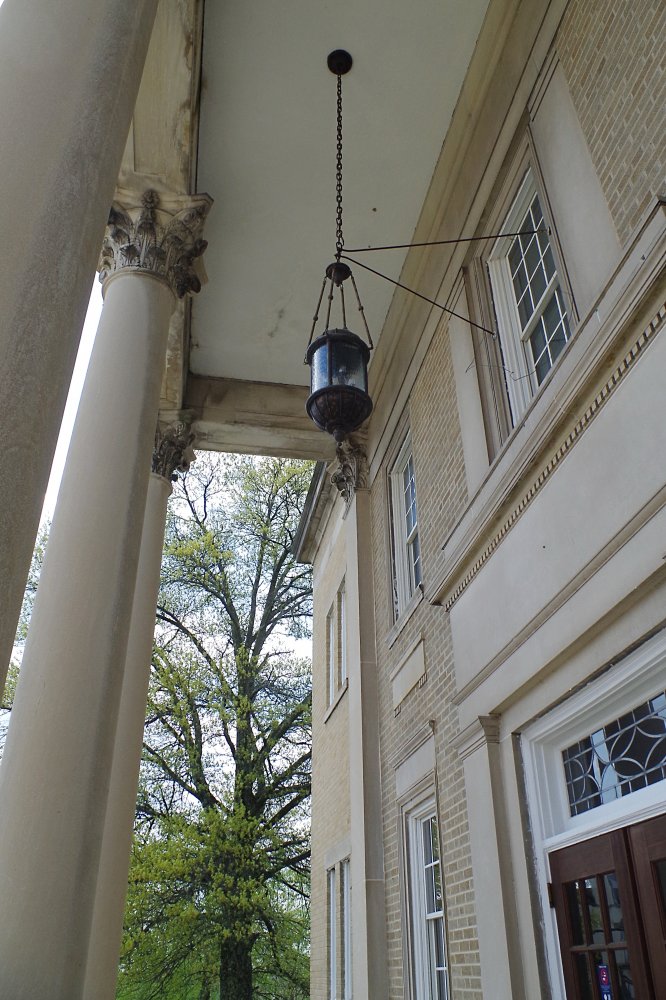 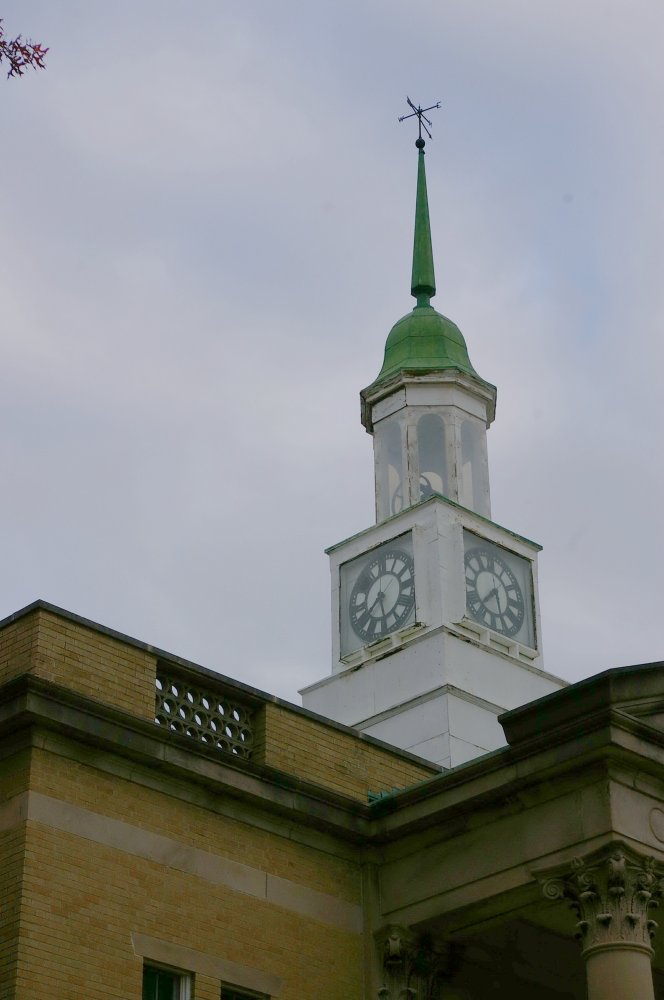 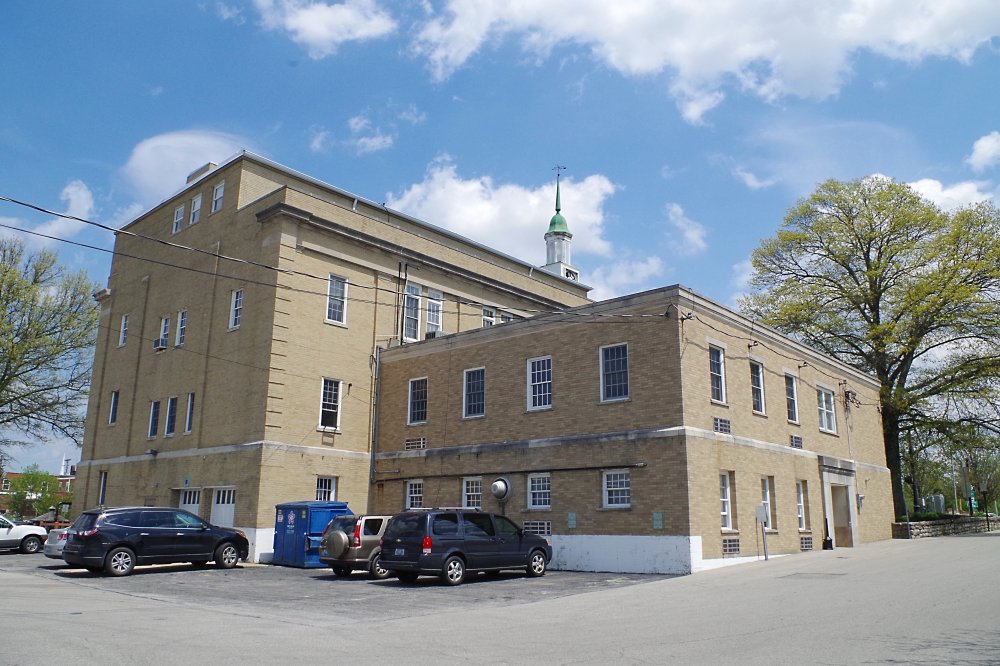 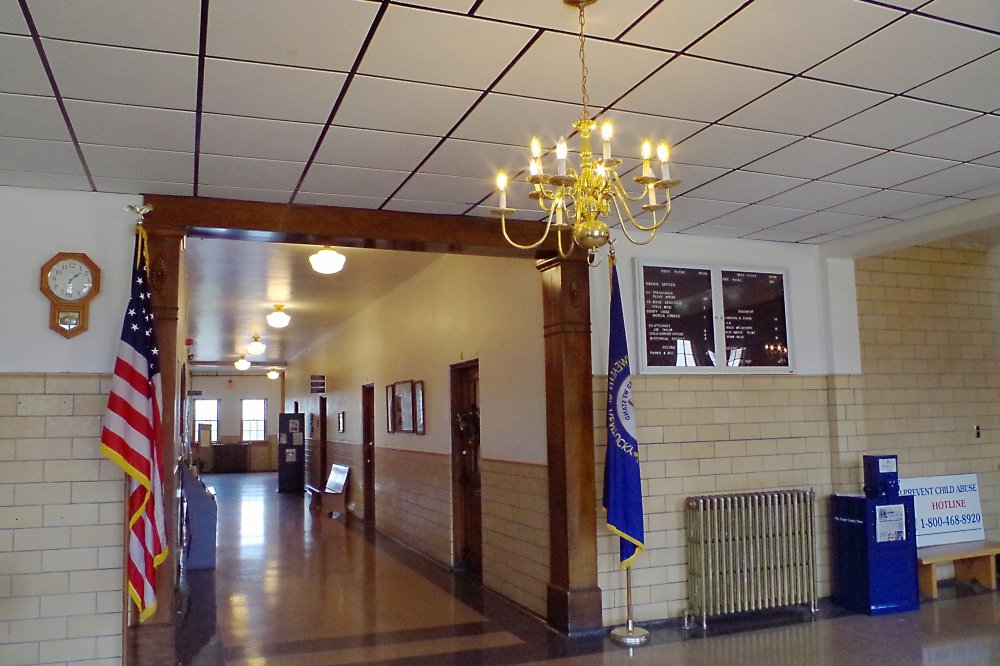 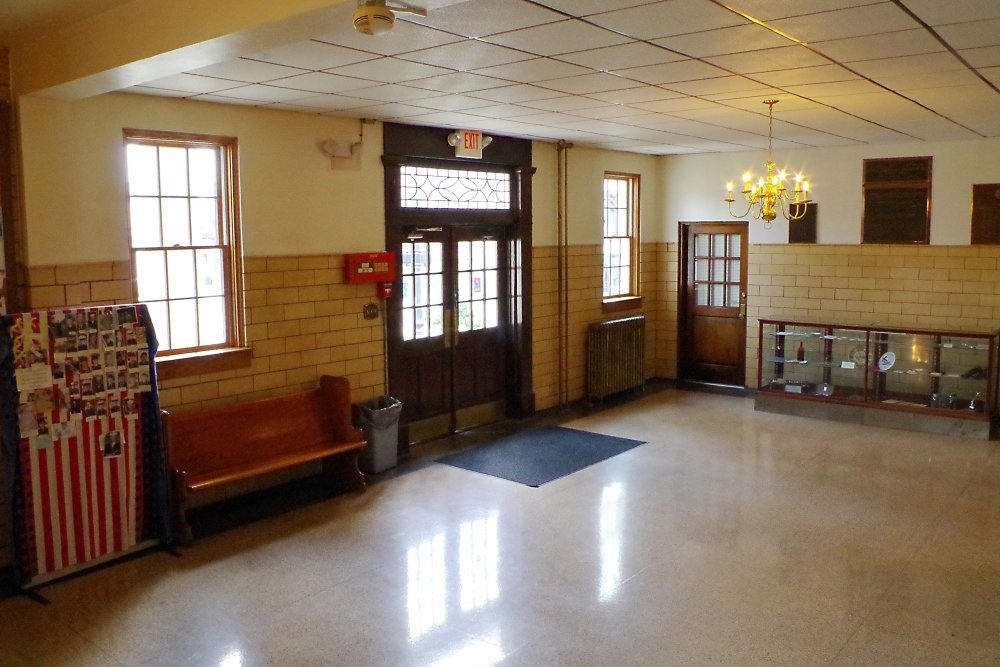 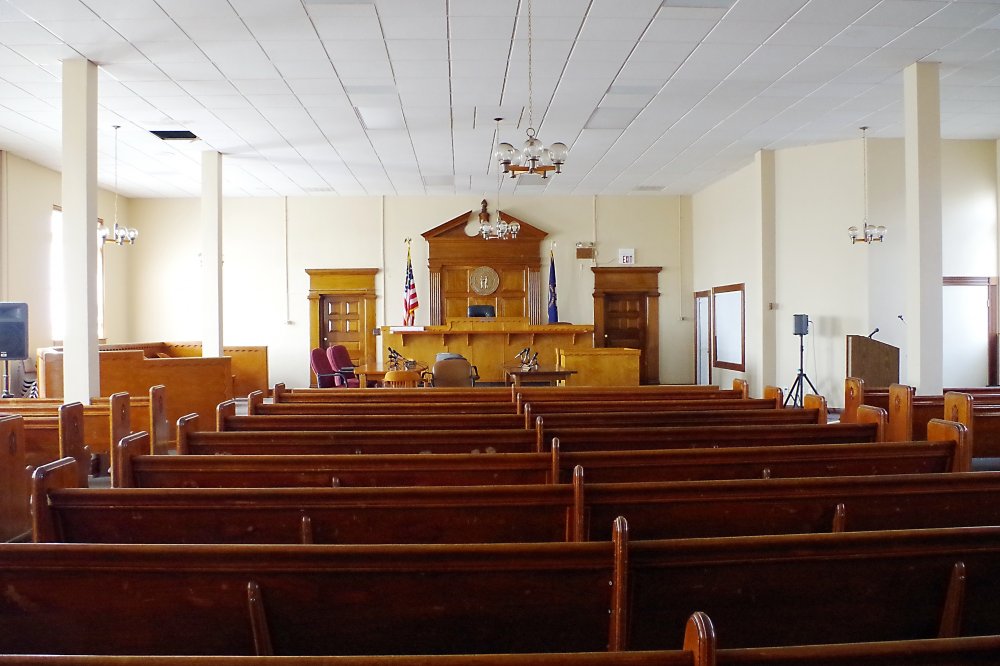 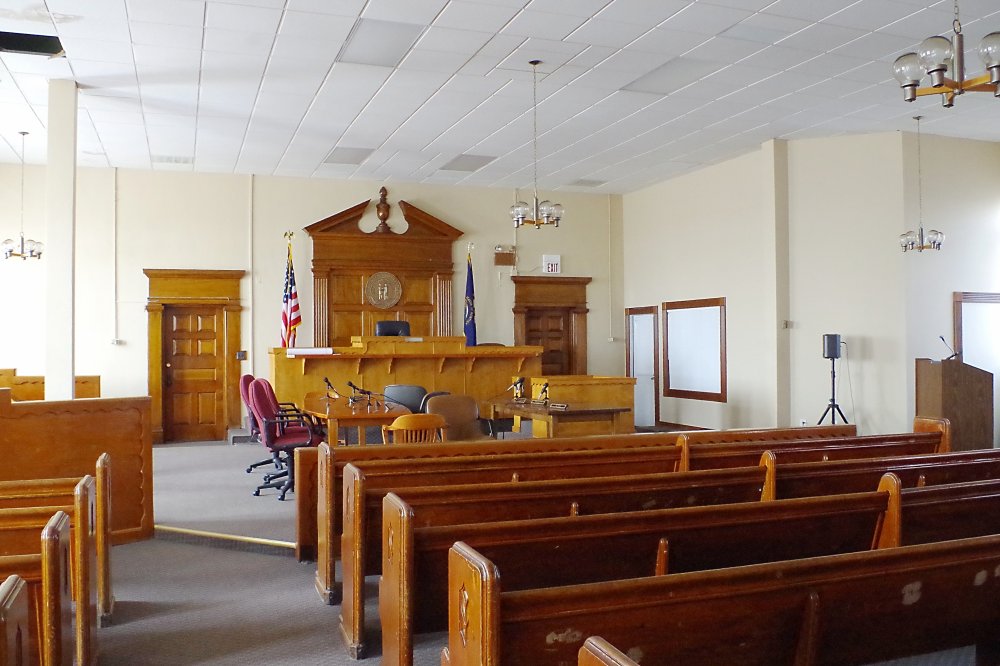 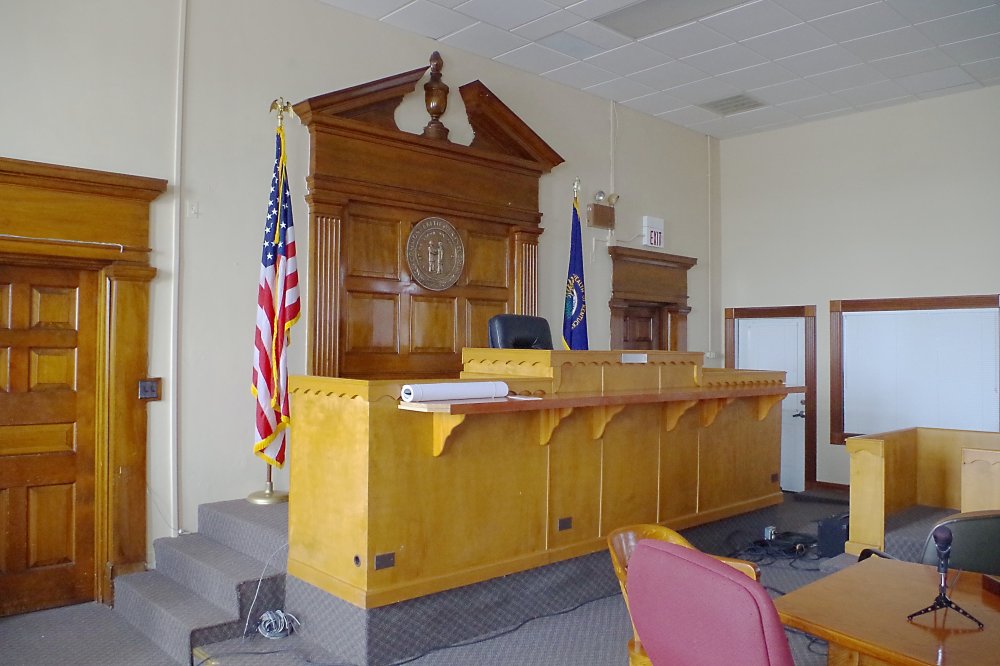 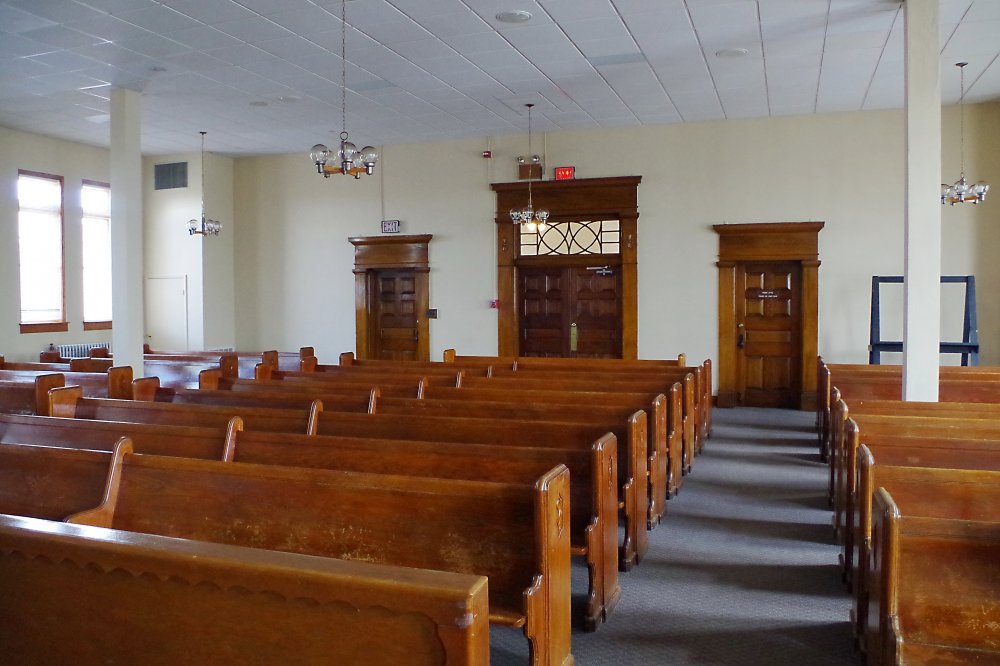 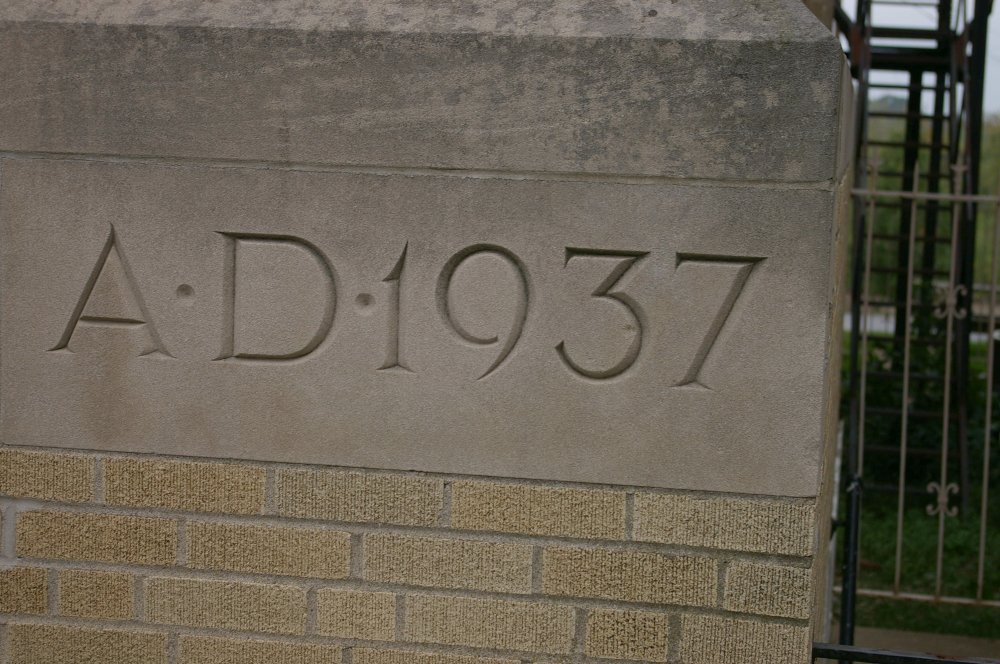 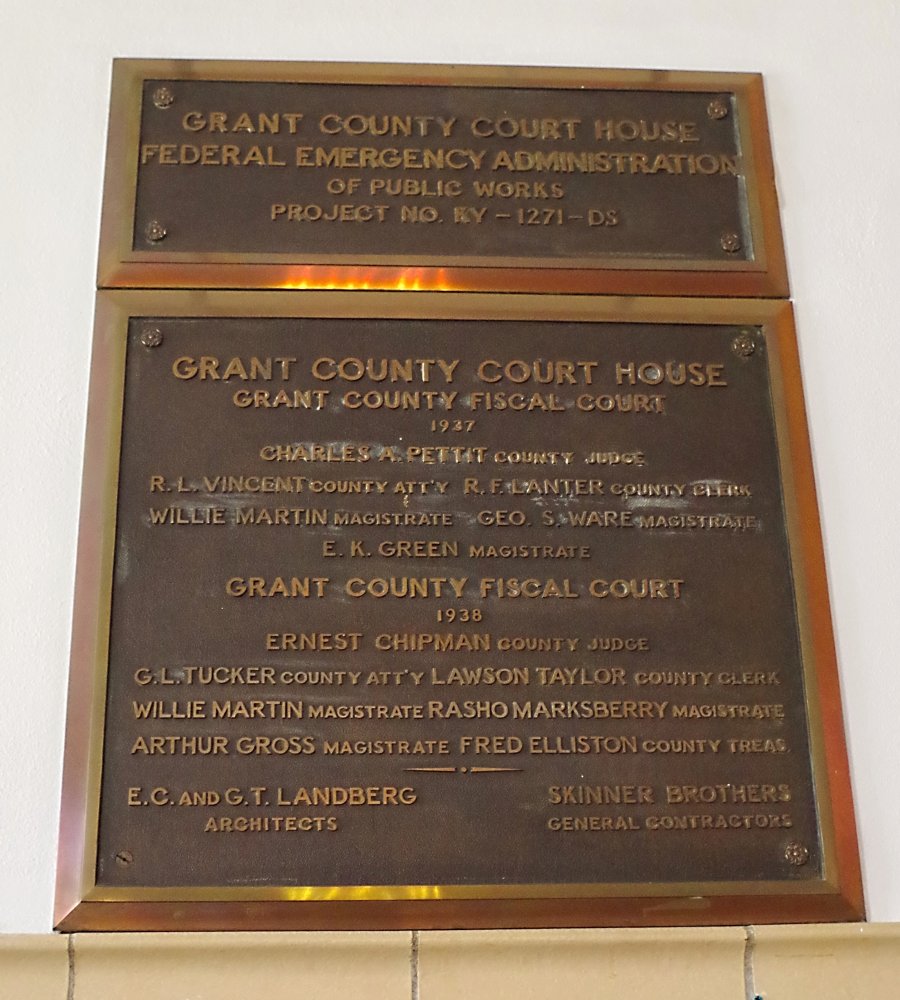 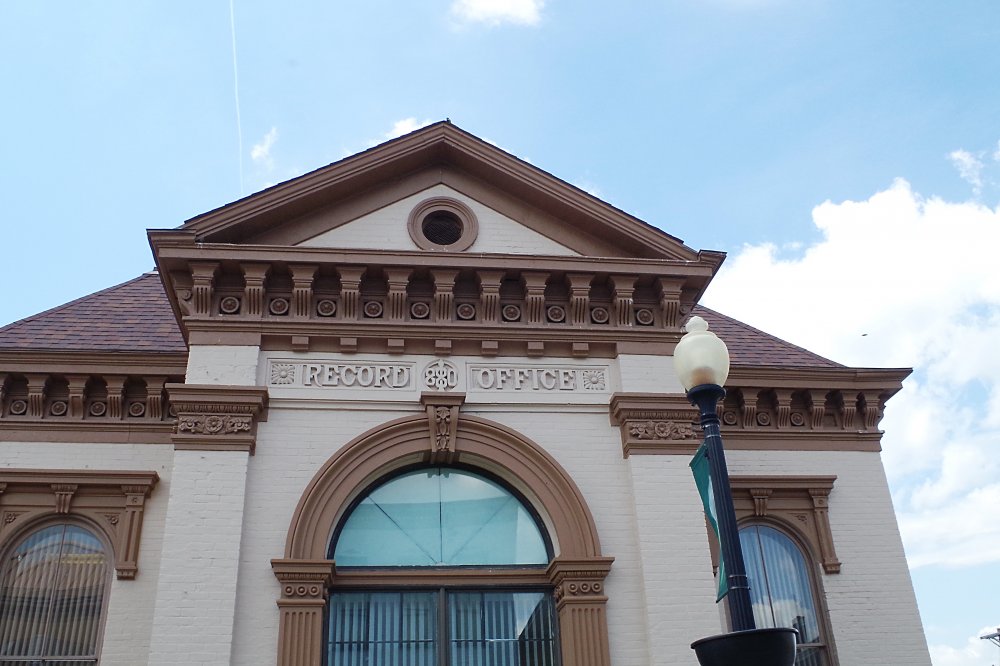 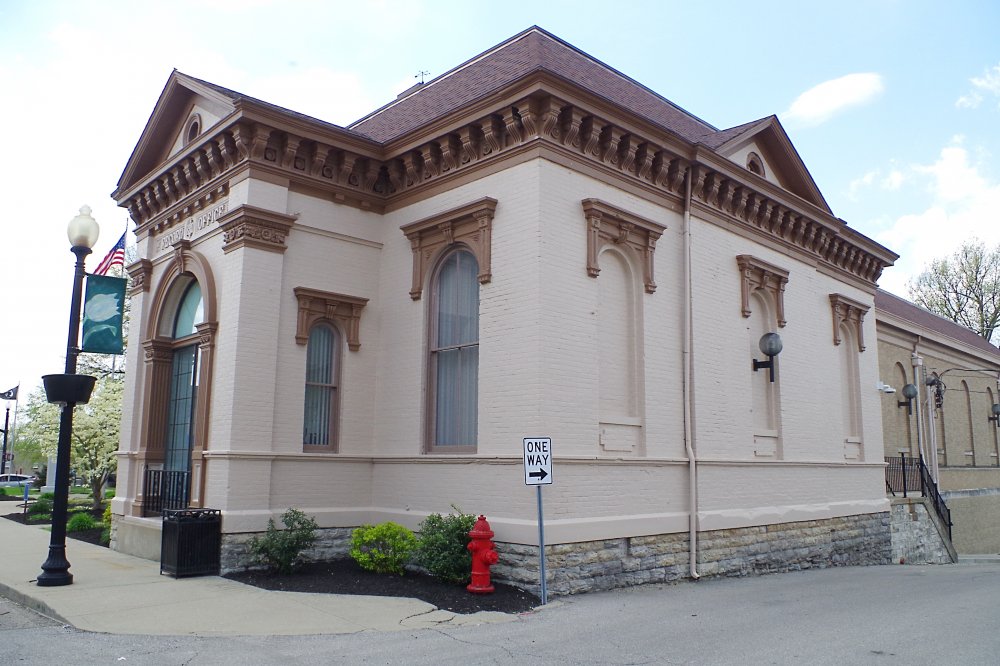 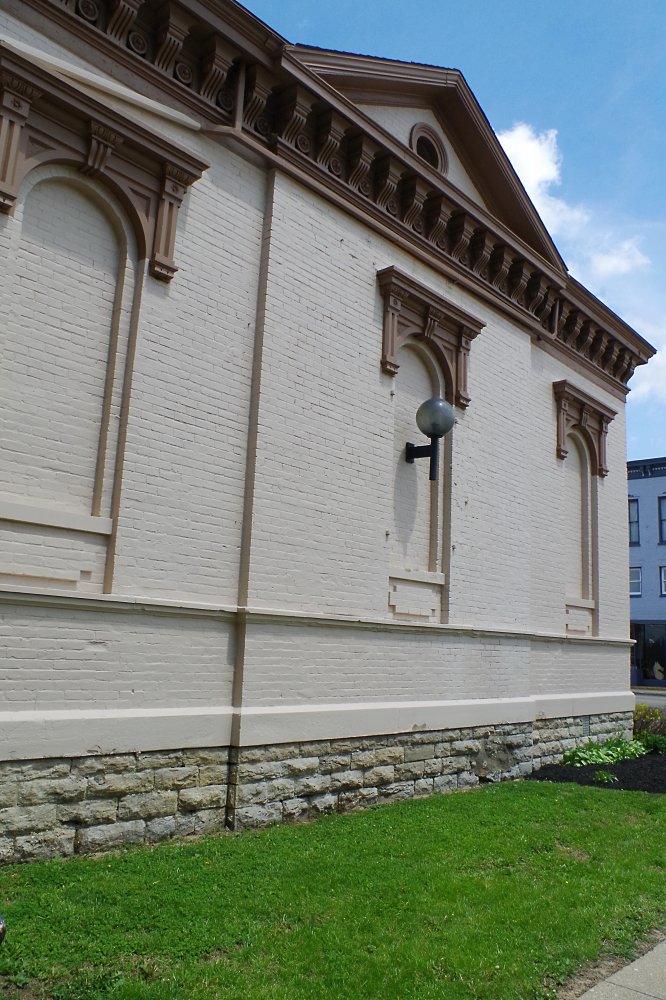 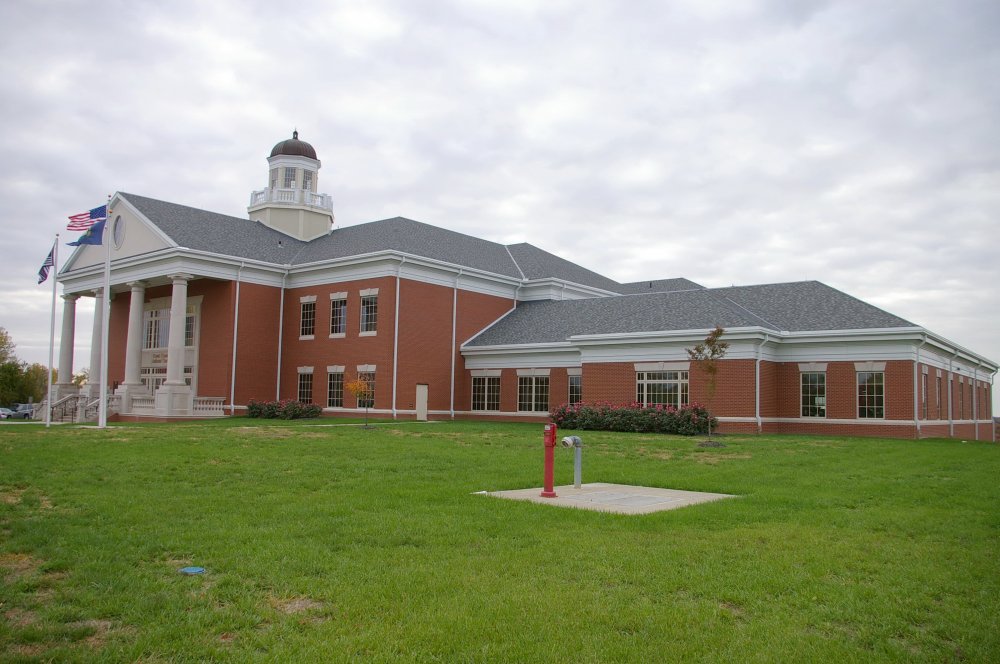