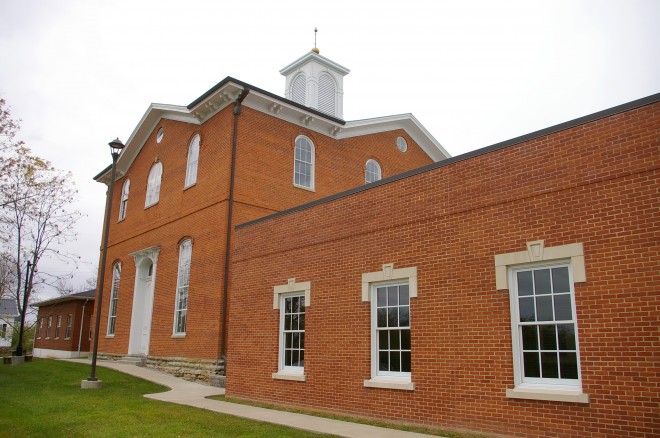 Robertson County is named for George Robertson, who was chief justice of the Kentucky Court of Appeals.

Description:  The building faces south and is a two story red colored brick and wood structure. The building is located on the summit of a hill on spacious landscaped grounds on the southeast side of the center of Mount Olivet with the County Justice Center on the east side and the County Administration Building on the west side. The foundation is of roughly finished limestone, and the bricks, which were fired on the site and are laid in common bond. The south front has a central entrance on the first story with Victorian double doors and with arched windows on each side. The second story has smaller arched windows with a small peak at the roof line. On the center of the roof is a square white wood bell tower. The roof is hipped. In the interior, the courtroom occupies most of the first story. The original spectators’ and jurors’ benches, the judge’s podium, and the heavy wooden railing are much intact. Overhead is an impressive embossed metal ceiling.

Note:  The courthouse is the first and only courthouse to serve Robertson County. The contract was awarded to G.M. Williams, a local builder, who was also credited with its design. Mid-way through construction the city found they did not have the funds to complete the project so the F. & A.M. Masons Blue Lodge Chapter donated the money for the second story which was reserved for there use. At the time of construction the courthouse was said to be the only brick structure in the county. Description:  The building faces east and  On the east side is a new one story addition. The building is located on spacious landscaped grounds in Mount Olivet with the courthouse on the west side. The east front has an arched entrance towards the south side and an entrance on the south side. The roof is hipped. The interior has a courtroom. 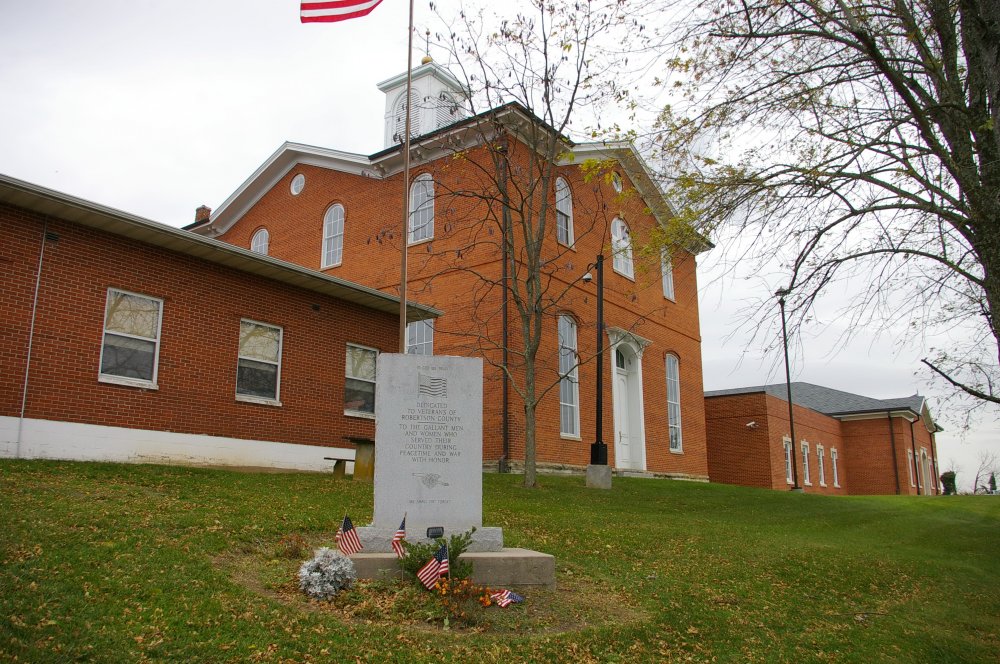 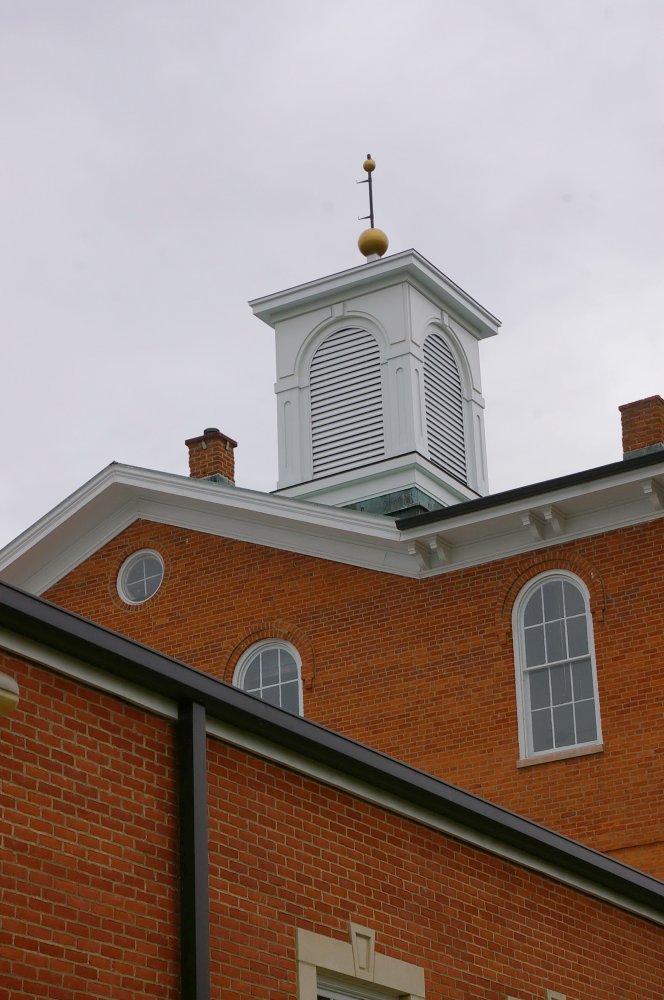 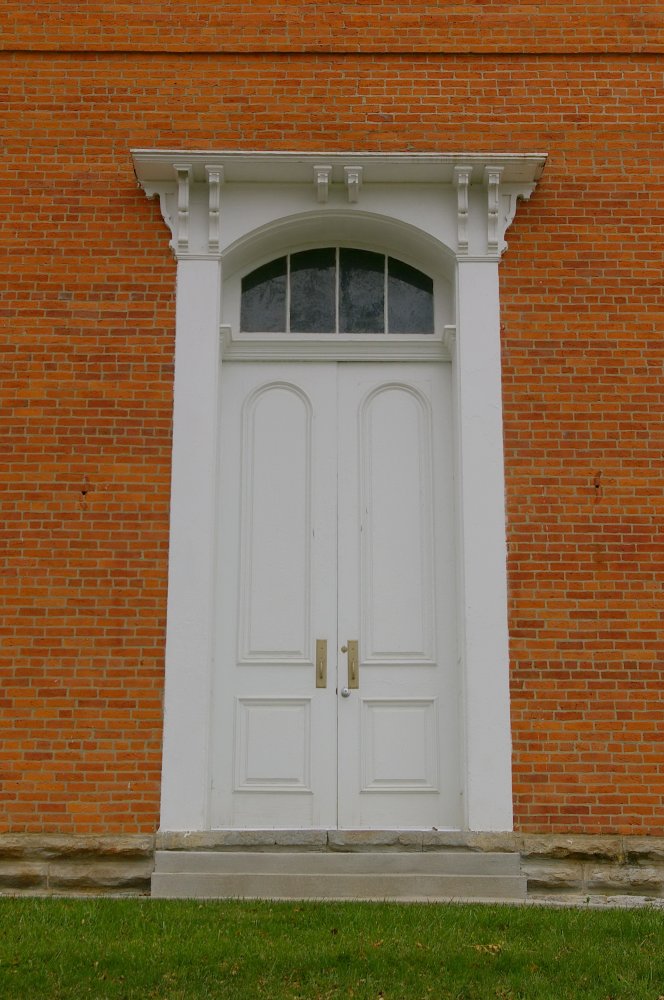 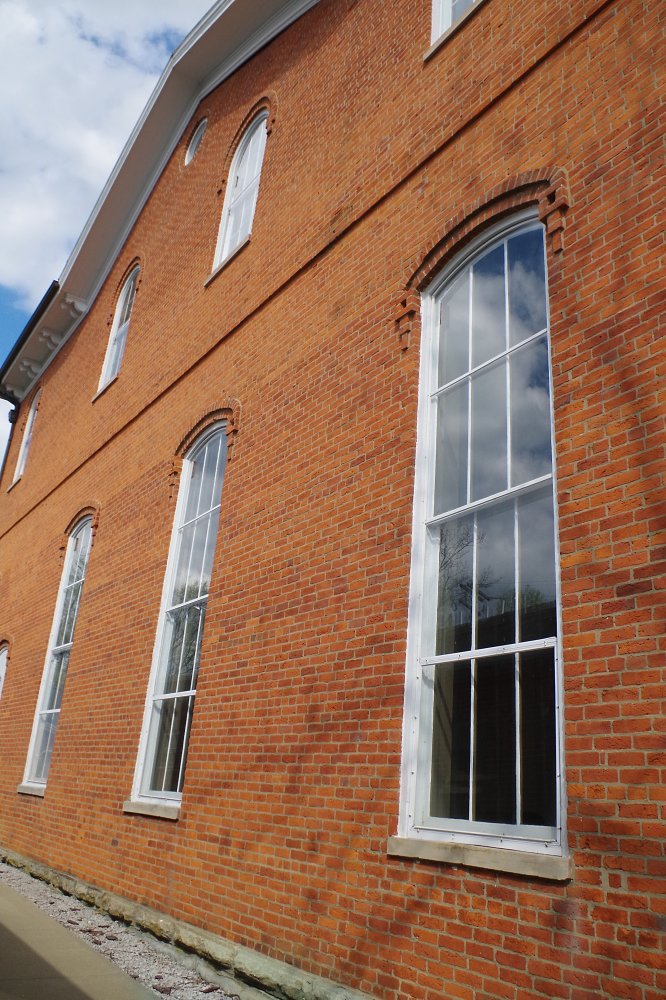 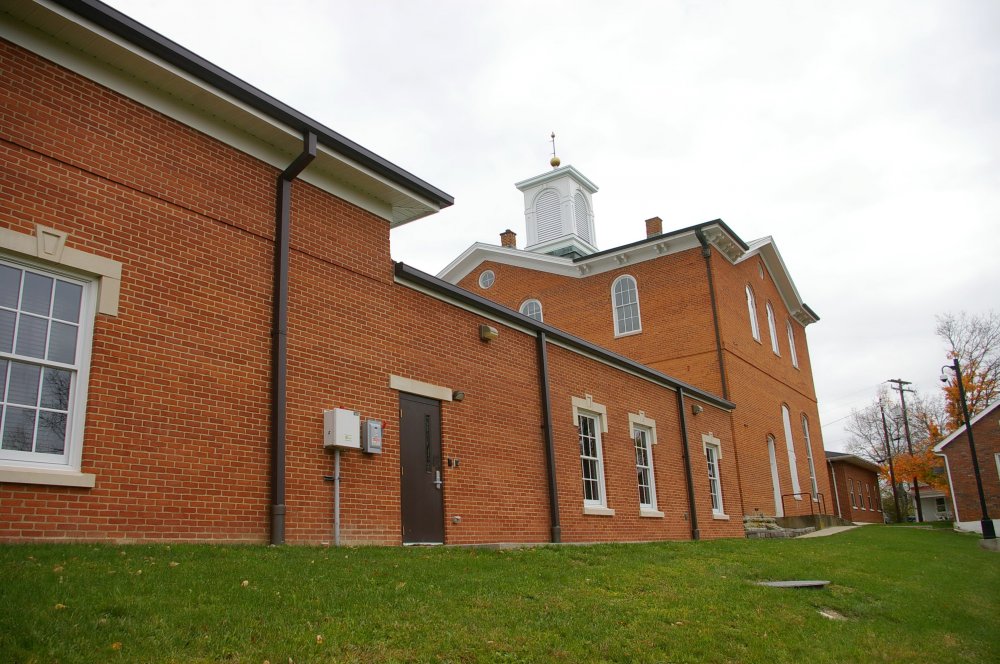 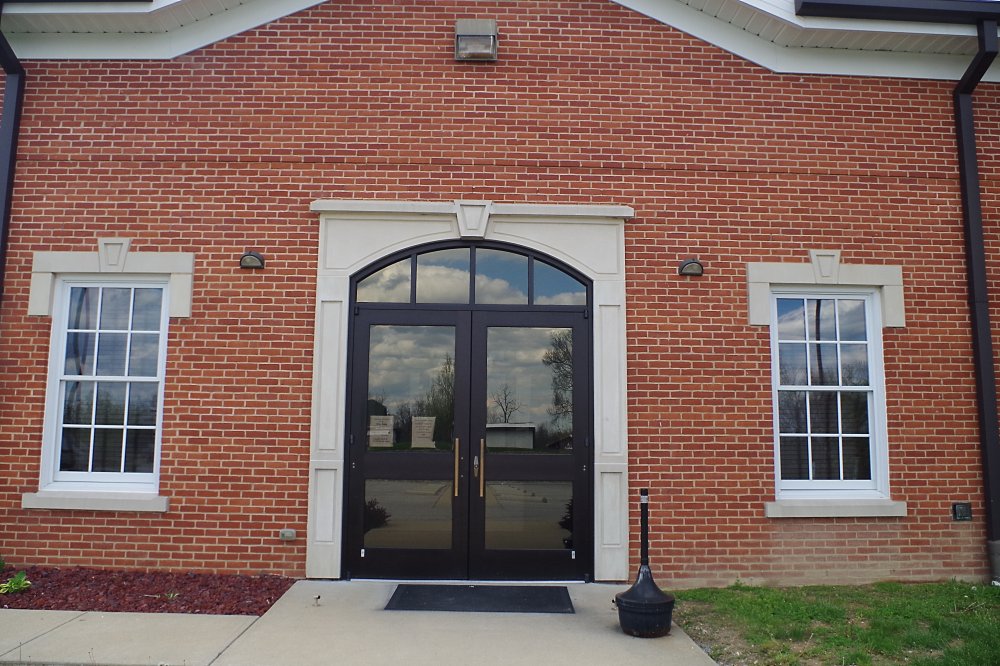