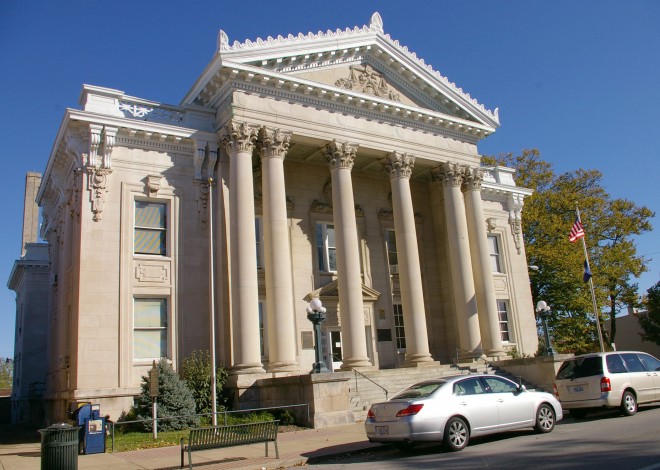 Description:  The building faces south and is a two story stone and concrete structure. The building is located on landscaped grounds in the center of Shelbyville. On the south front is a Corinthian order portico with six large Corinthian columns. The entrance is recessed and has small header over the doorway treated with an entablature and pediment. Above each of the central three windows of the second story is a medallion enriched with wreaths and cornucopia. The projecting pediment is treated with dentils, modillions, acroteria and antefixae. In its center are scales of justice and cornucopia in relief. A decorative cornice runs along the roof line. The east and west facades are equally rich. Each -has a recessed portion in the center with a pediment much like that of the south facade. Scrolled brackets with elaborate drip-stones below support a modillioned and denticulated cornice. Windows in the recessed portion’s second story have semi-circular heads whereas all others are rectangular. The interior has egg-and-dart molding and pilasters of marble veneer with Ionic capitals of plaster abound throughout. A notable cast-iron staircase is at the north end of the first story and numerous doors are enframed by Greek keys of stained oak. The courtroom on the second story with its coffered, pressed-tin ceiling and Ionic pilasters has remained relatively unchanged. 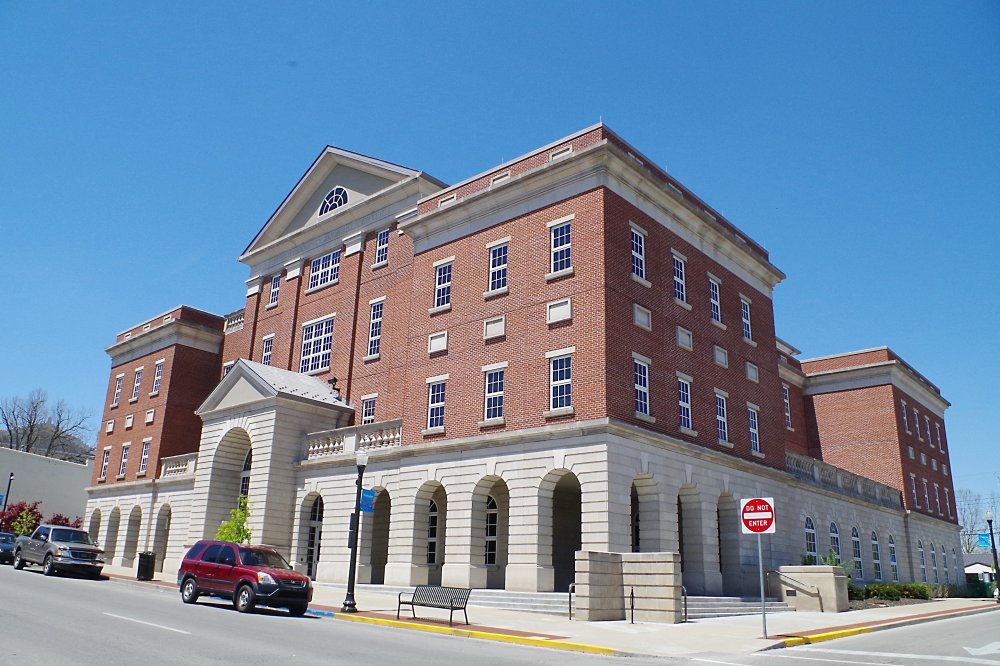 Description:  The building faces south and is a three story red colored brick and concrete structure. The building is located in the center of Shelbyville to the east of the courthouse. The south front has a series of arches along the first story with a projecting central section having a large arched entrance with pediment at the second story. The building rises to another pediment rising above the flat roof line.  The building has recessed sections above the first story. 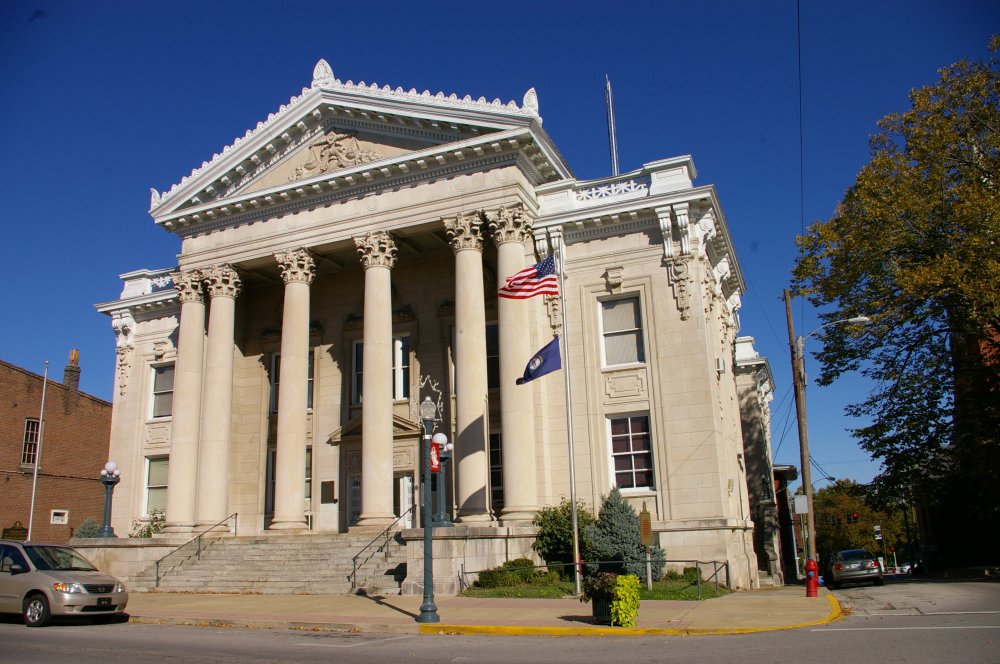 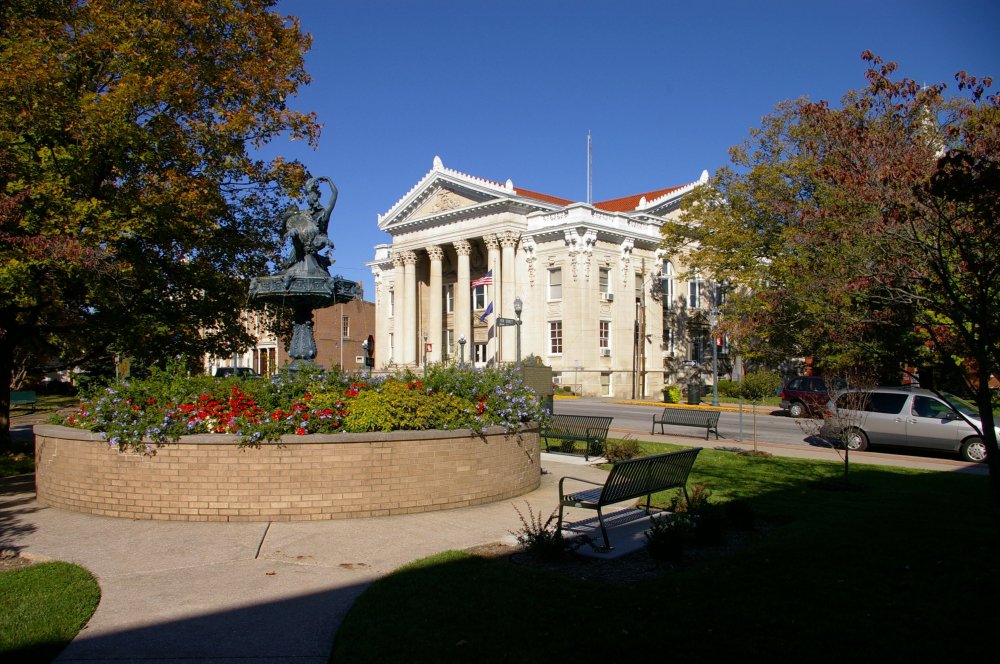 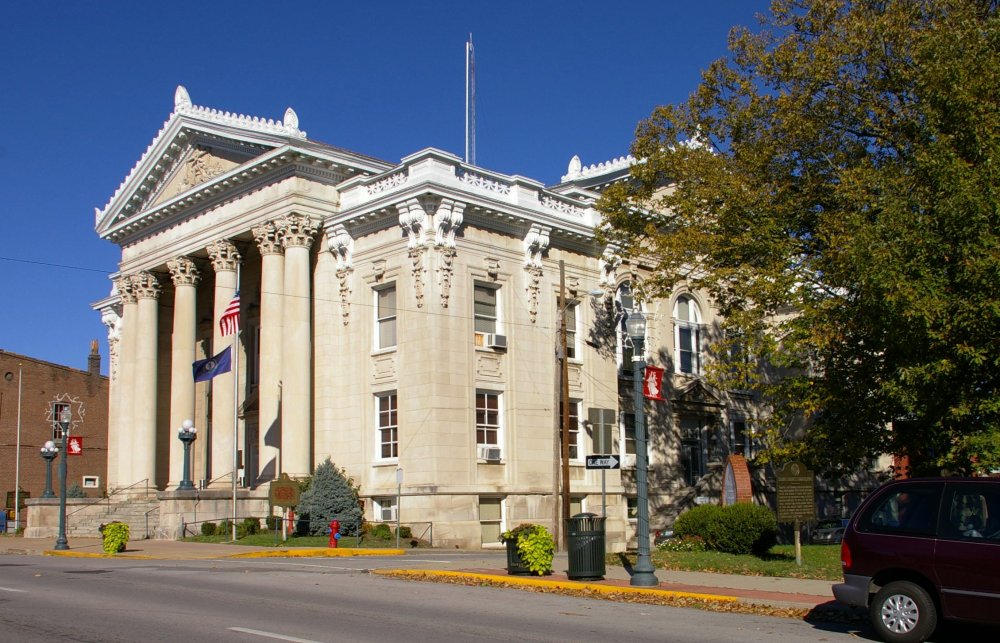 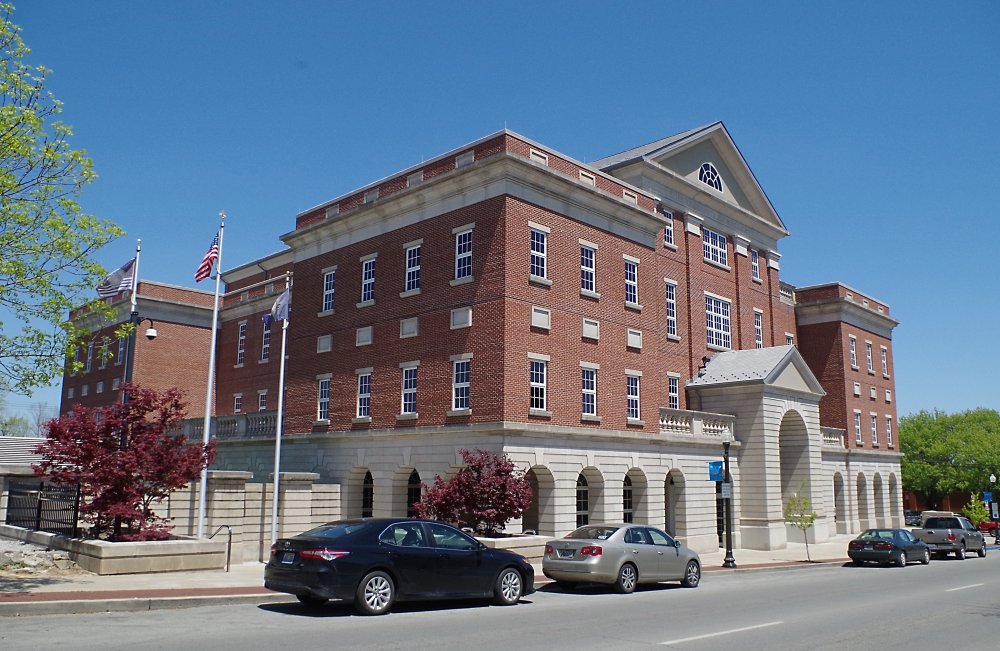 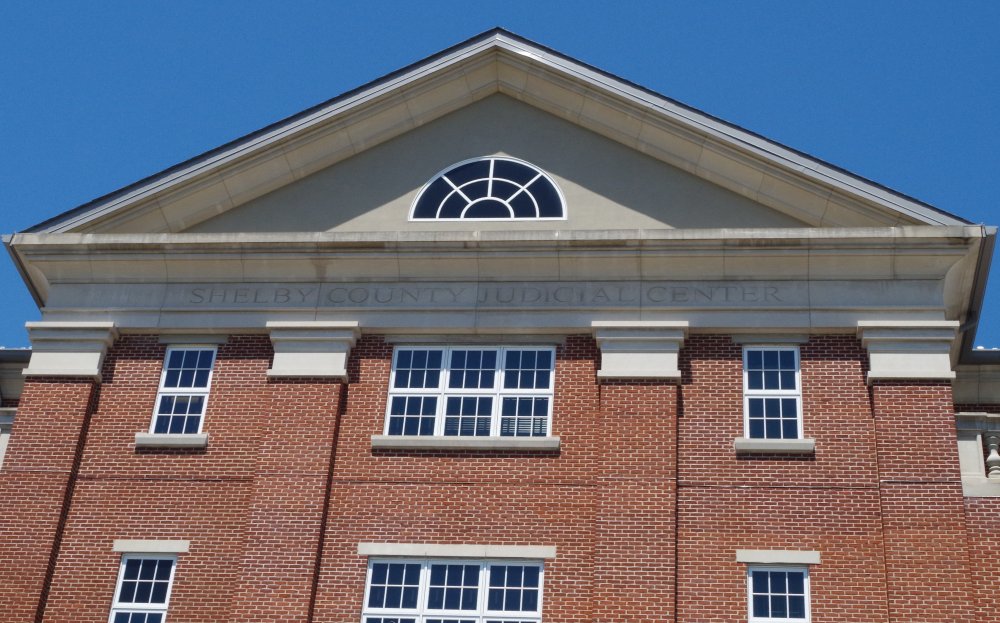 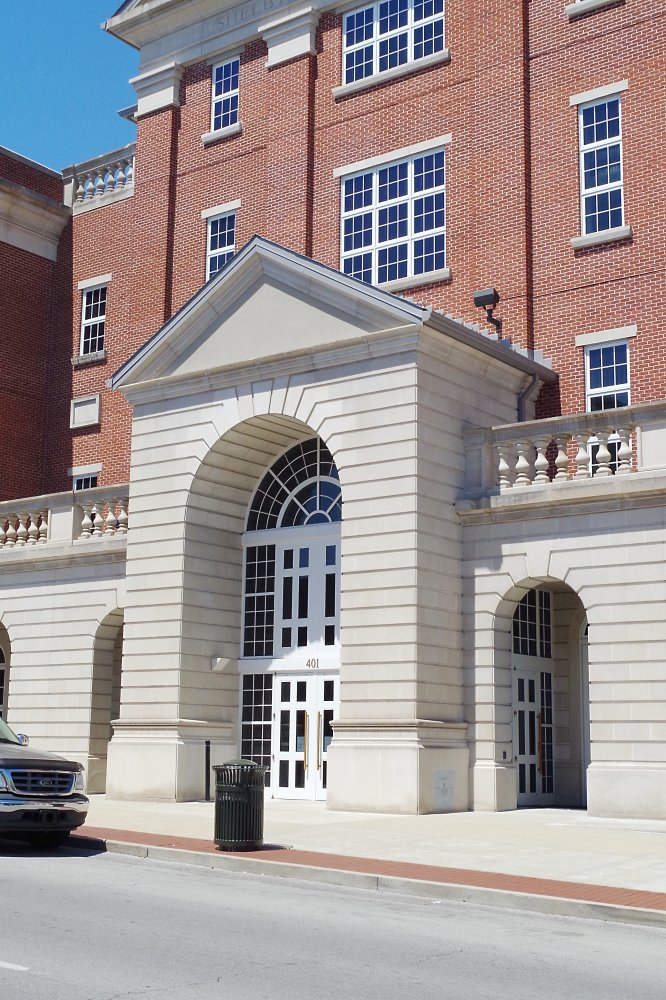 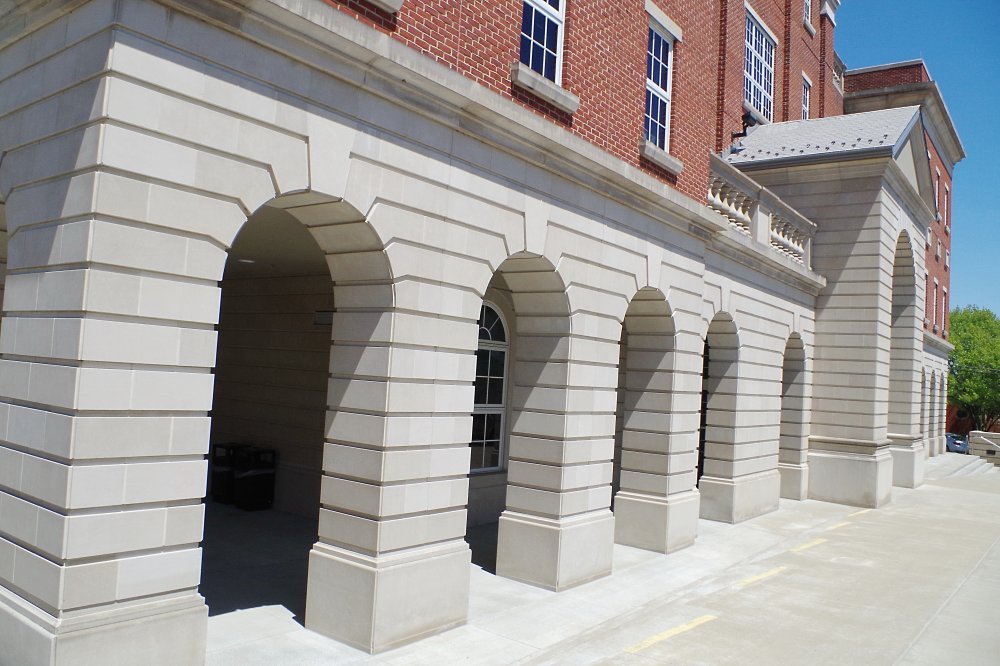 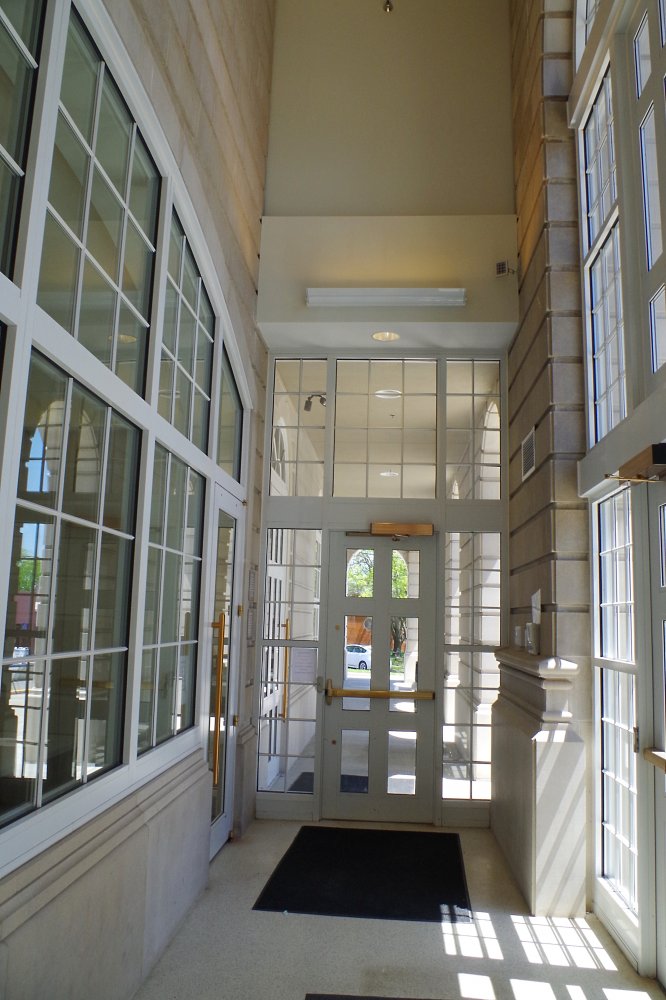 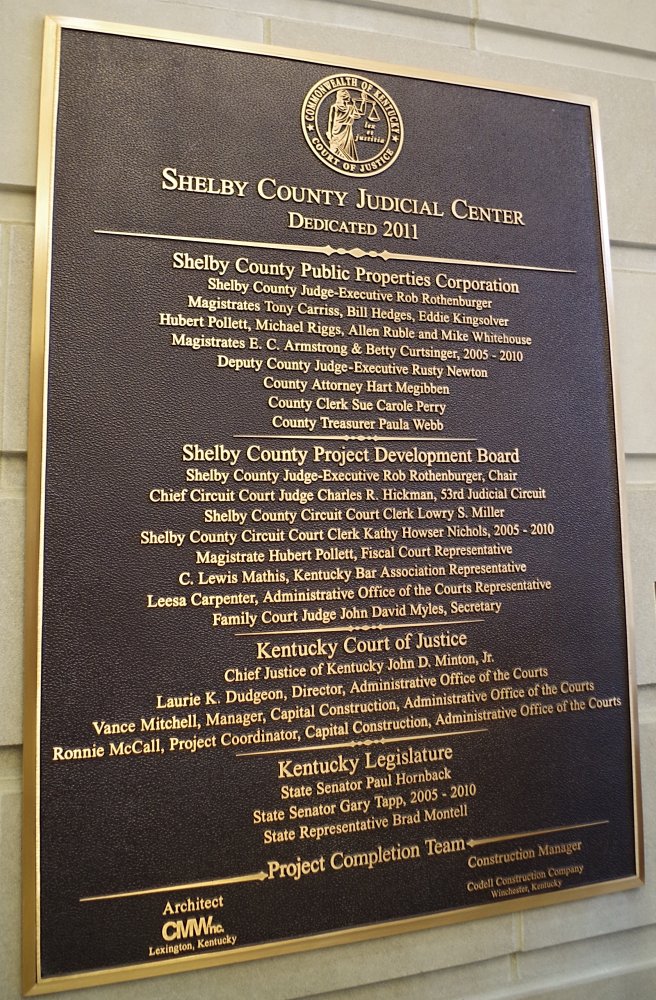 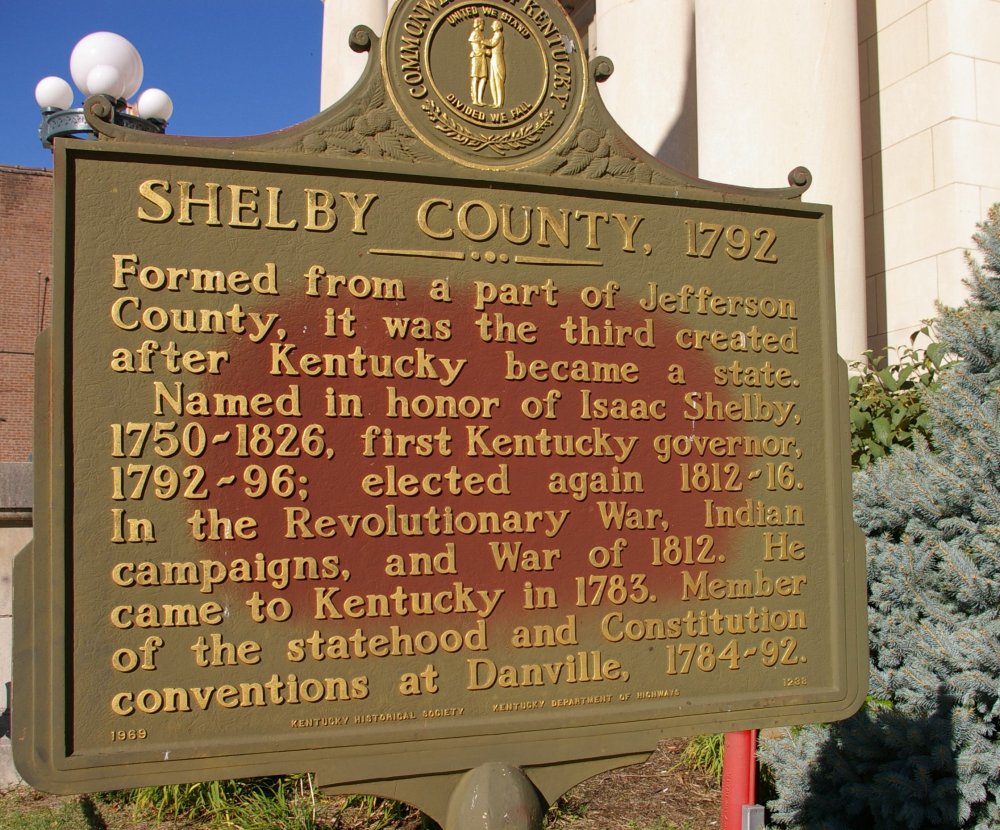