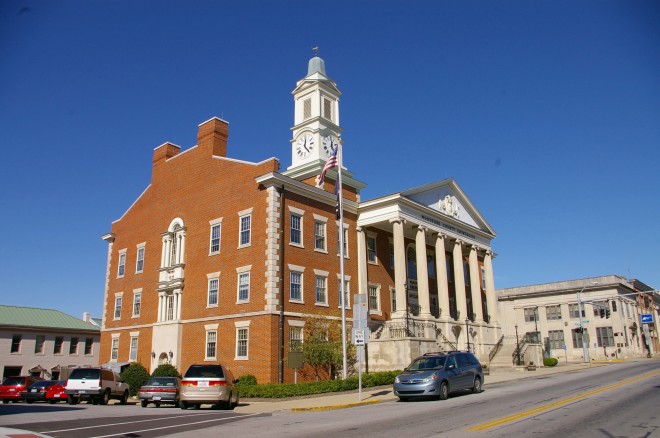 Woodford County is named for William Woodford, who was a general in the American Revolutionary War.

Description:  The building faces east and is a three story red colored brick and concrete structure. The building is locaterd on landscaped grounds in the center of Versailles. On the east front is a two story portico with six large columns supporting the pediment which contains a design at the center. Steps on the north and south ascend to the second story portico. On the center of the roof is a high white colored square cupola with clock at the base and green colored roof with weather vane at the top. The large courtroom is located on the third story. 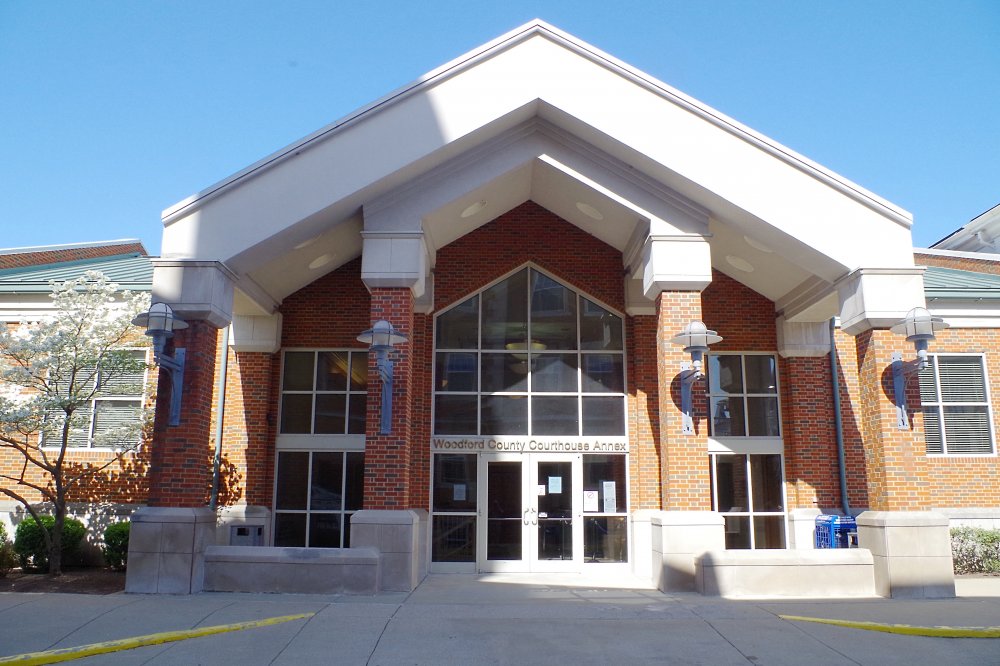 Description:  The building faces east and is a one story red colored brick and concrete structure. The building is located on the west side of the courthouse in the center of Versailles. The east front has a large extended central porch supported by red colored brick pillars with recessed entrance with glass walls. The green colored hipped roof has a square white colored cupola with green colored roof.

History:  The county was created in 1788 and Versailles was selected as the county seat. The first court met at the home of Caleb Wallace in 1789. The court met in two churches and in Shannon’s Meeting House until the first courthouse was built of buckeye logs by Jesse Graddy in 1790 at a cost of $22.50. The second courthouse was a stone structure built by James Thompkins and Henry Thompkins in 1793 to 1794. The third courthouse was a brick structure designed by Phelix L Lundin and built by Matthew Jett in 1812 to 1813 had a cupola and the clock added by 1846. The courthouse burned in 1965. The fourth and present courthouse was constructed in 1968 to 1970 at a cost of $1,100,000. The County Courthouse Annex was constructed in 1997 to 1998. 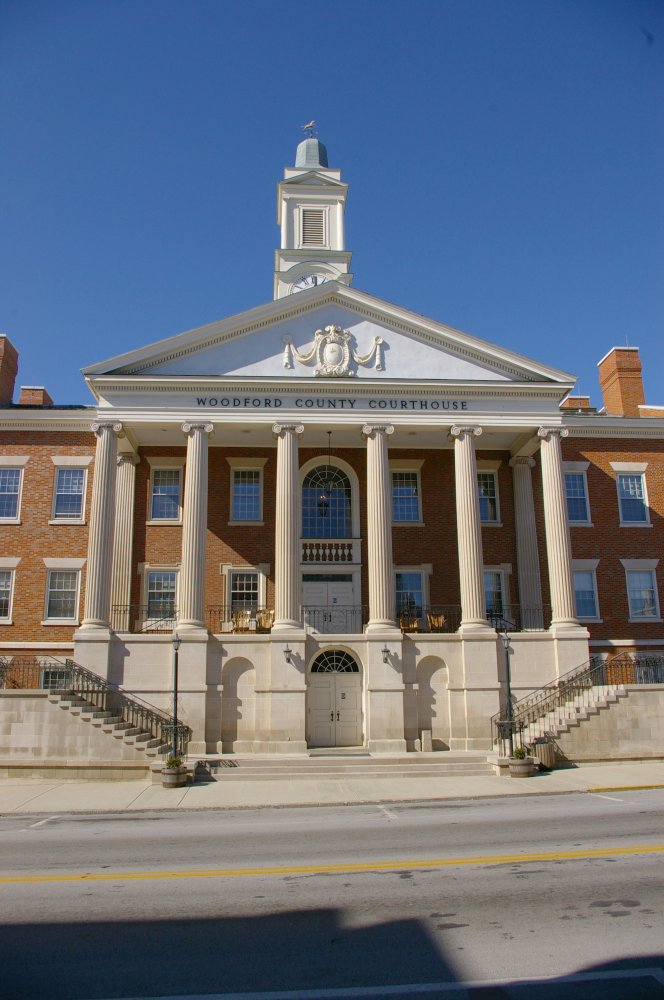 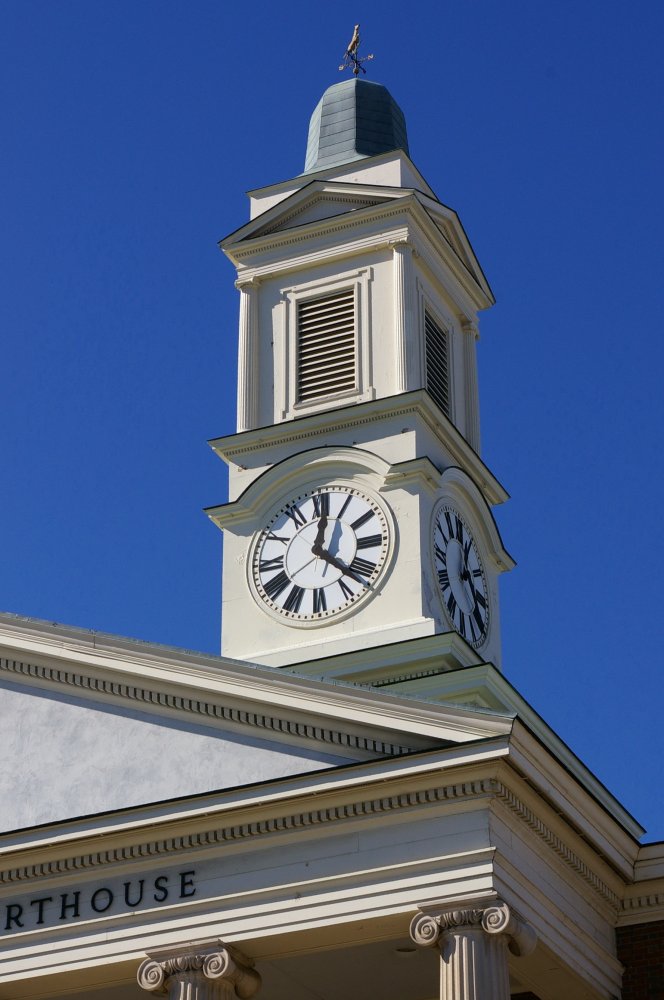 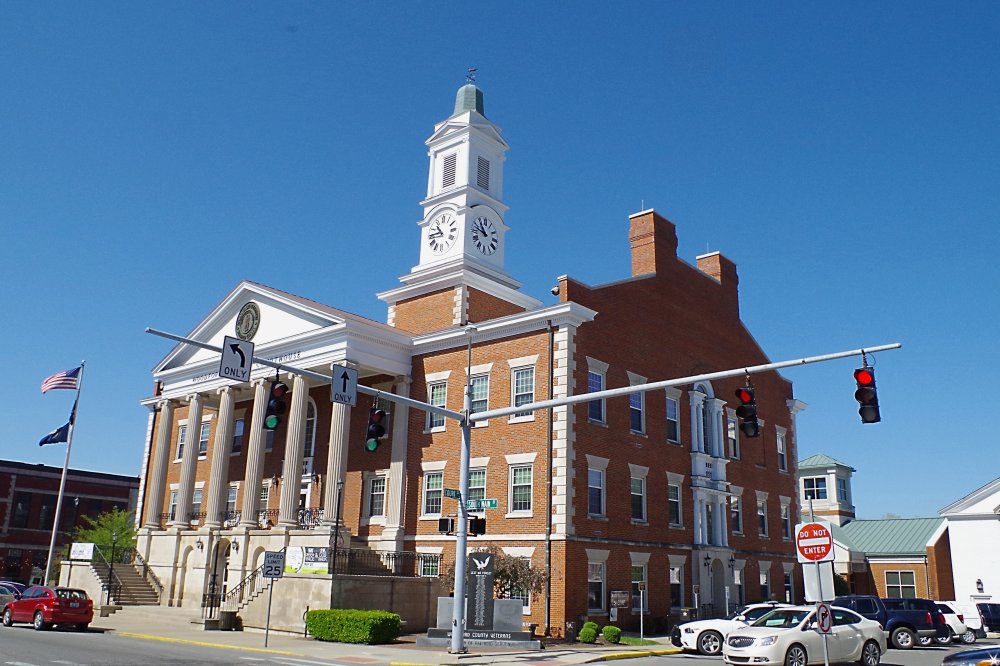 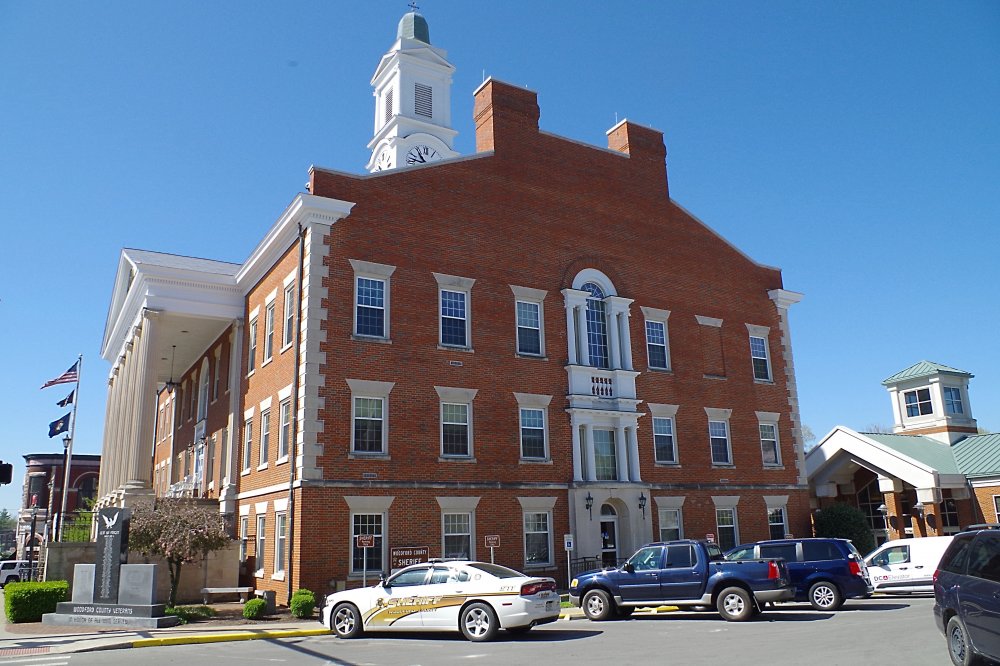 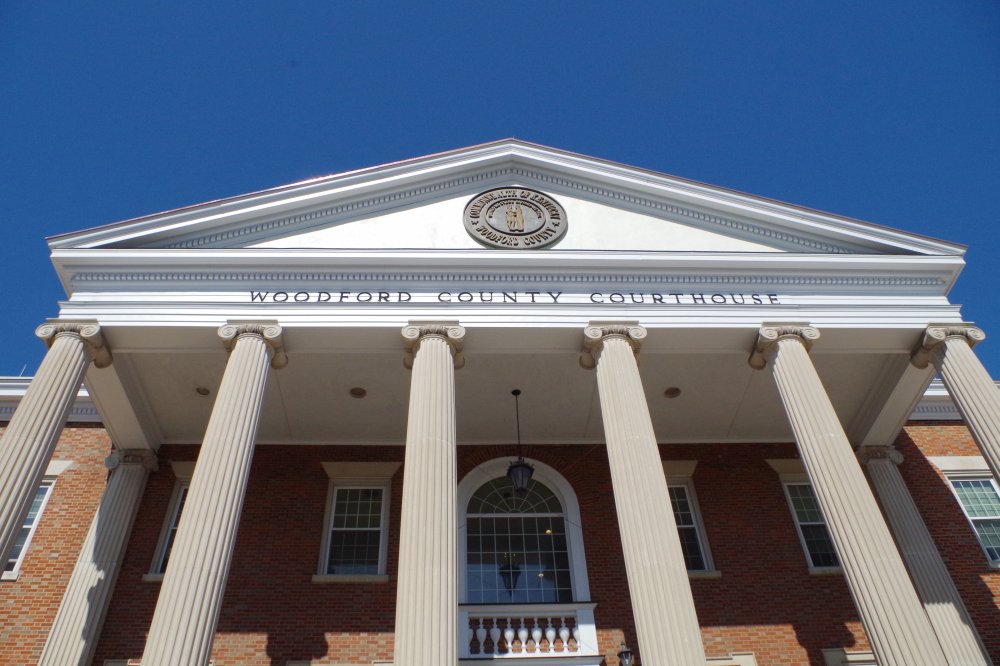 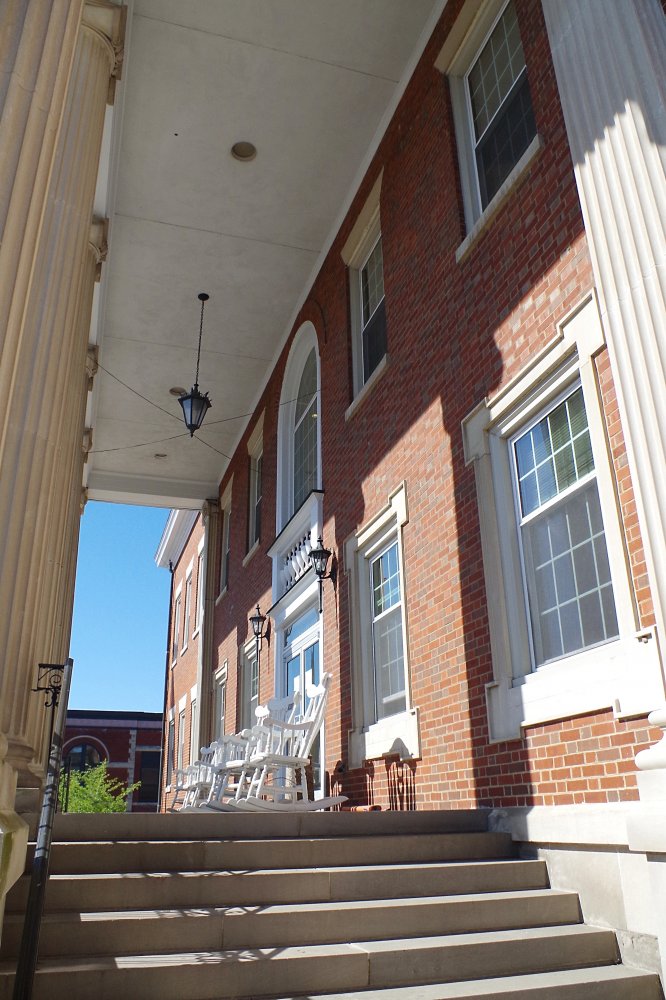 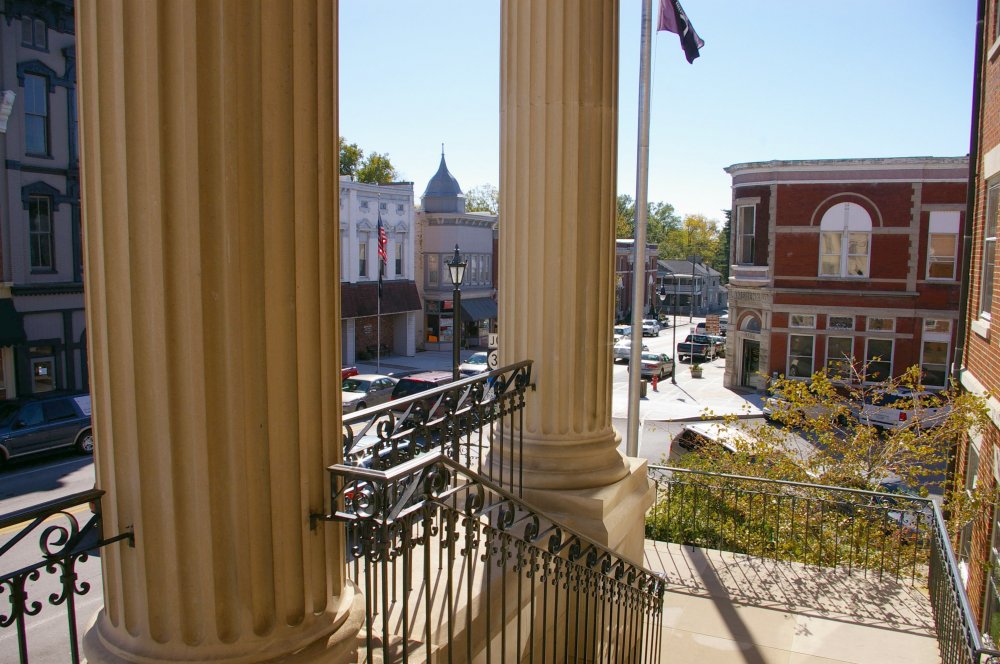 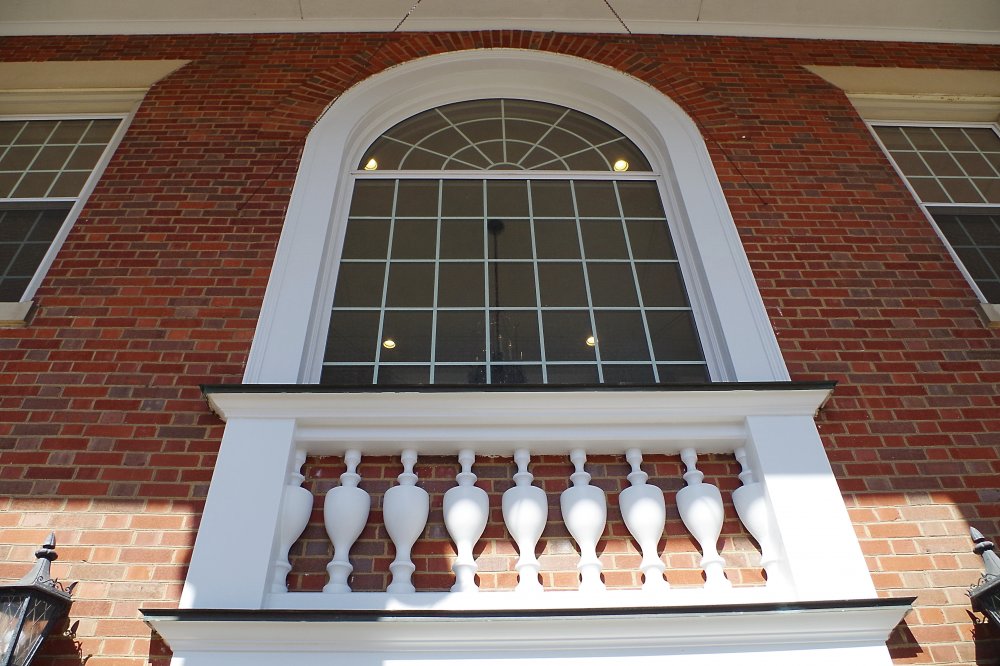 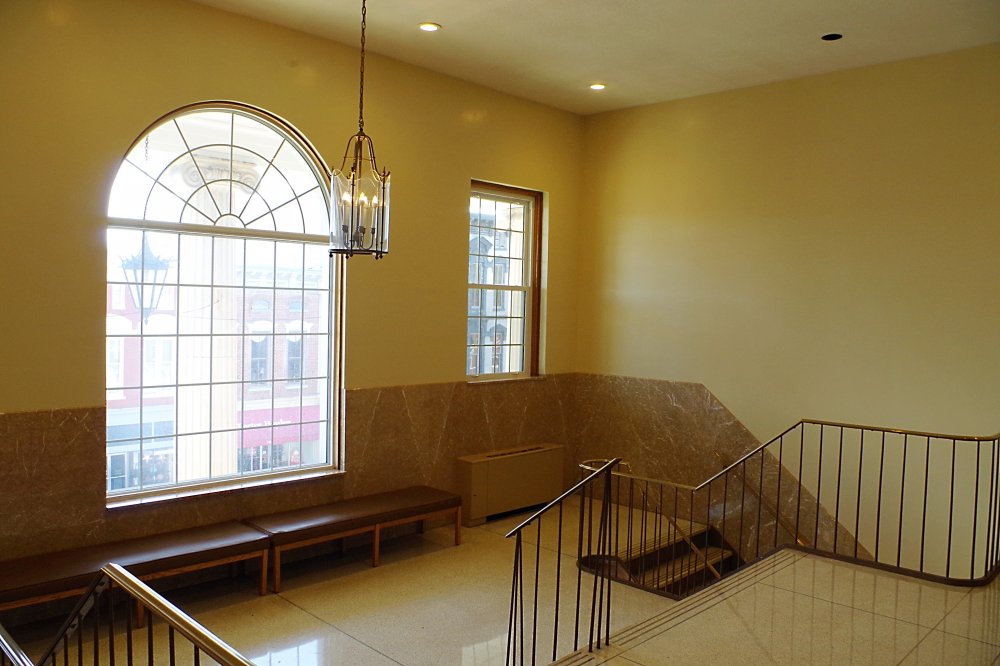 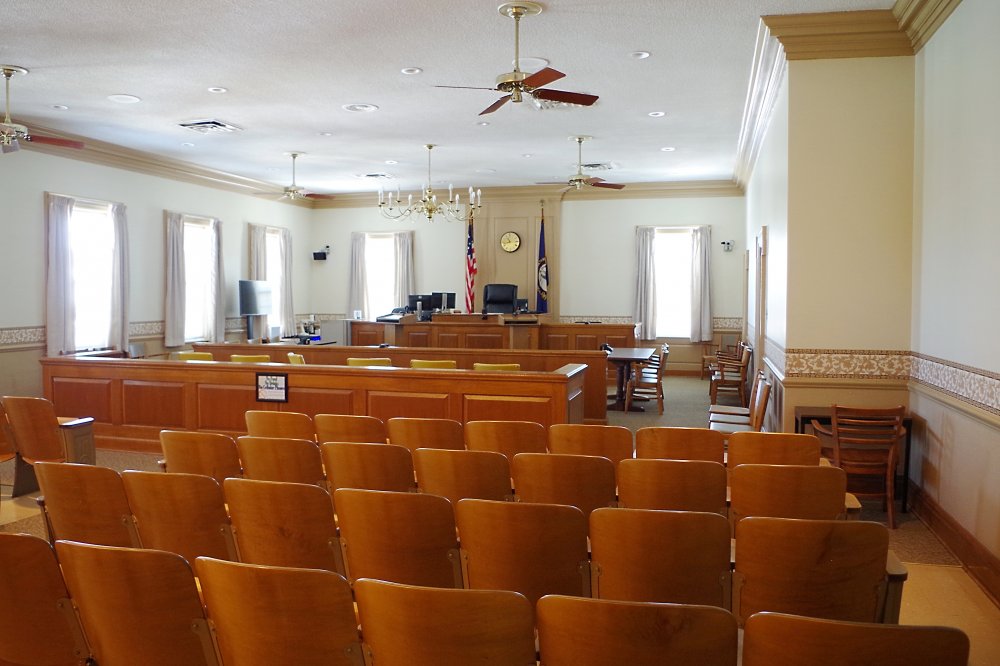 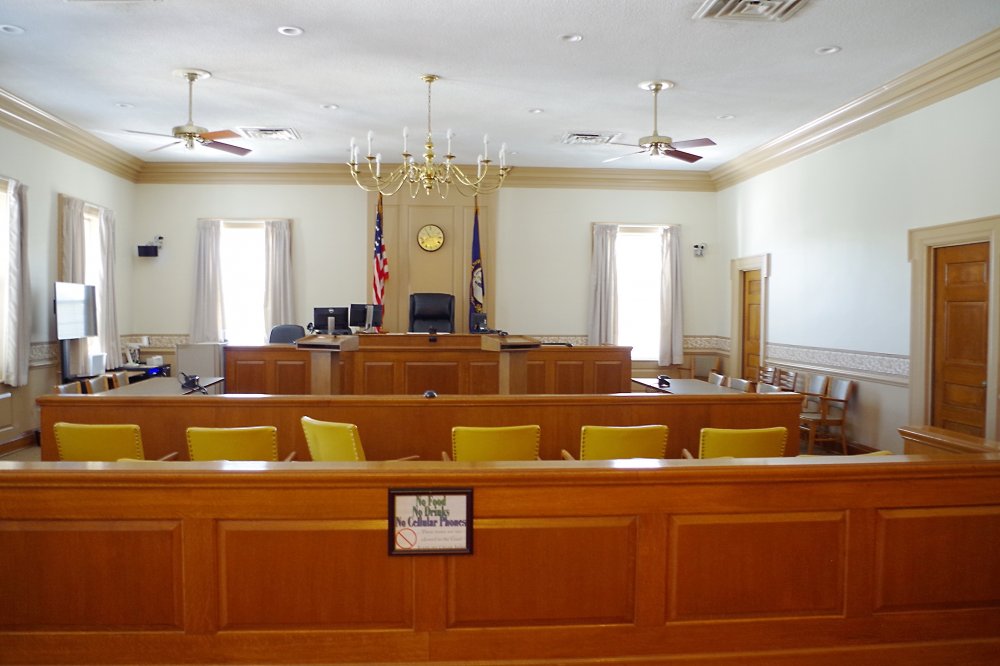 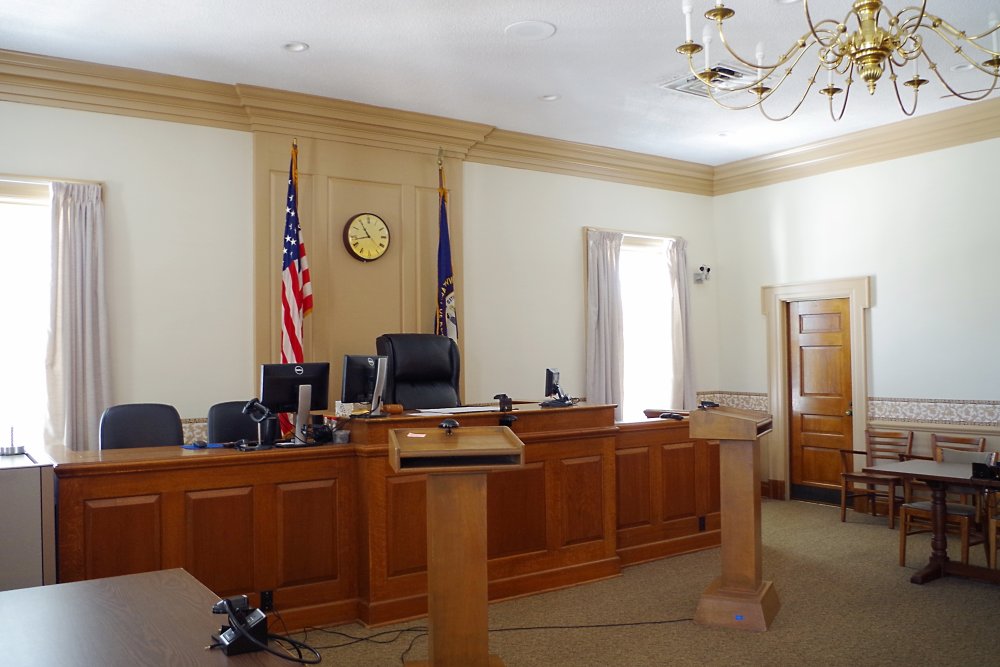 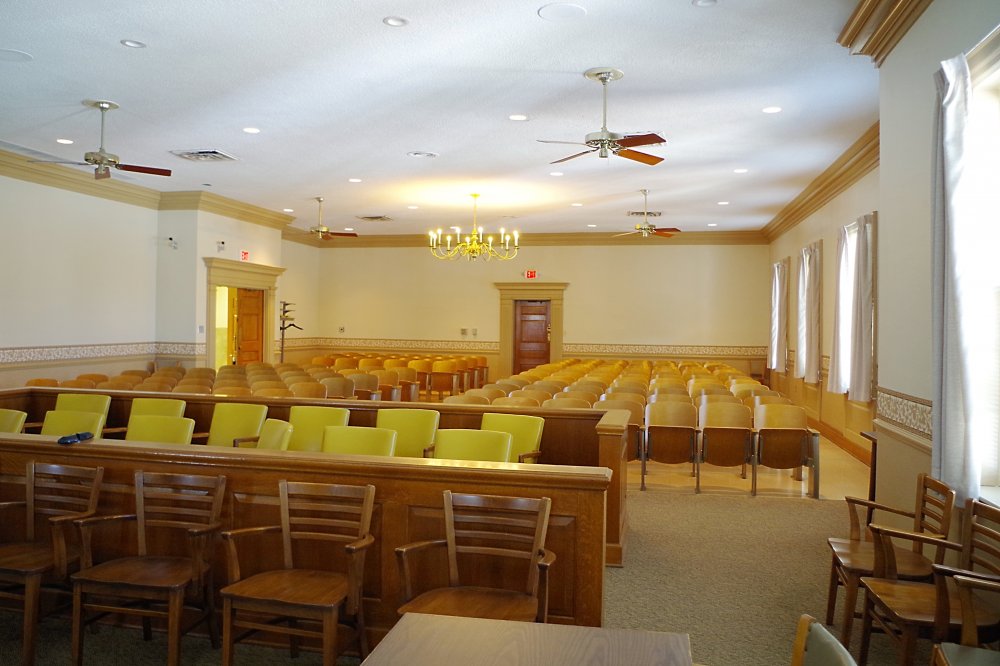