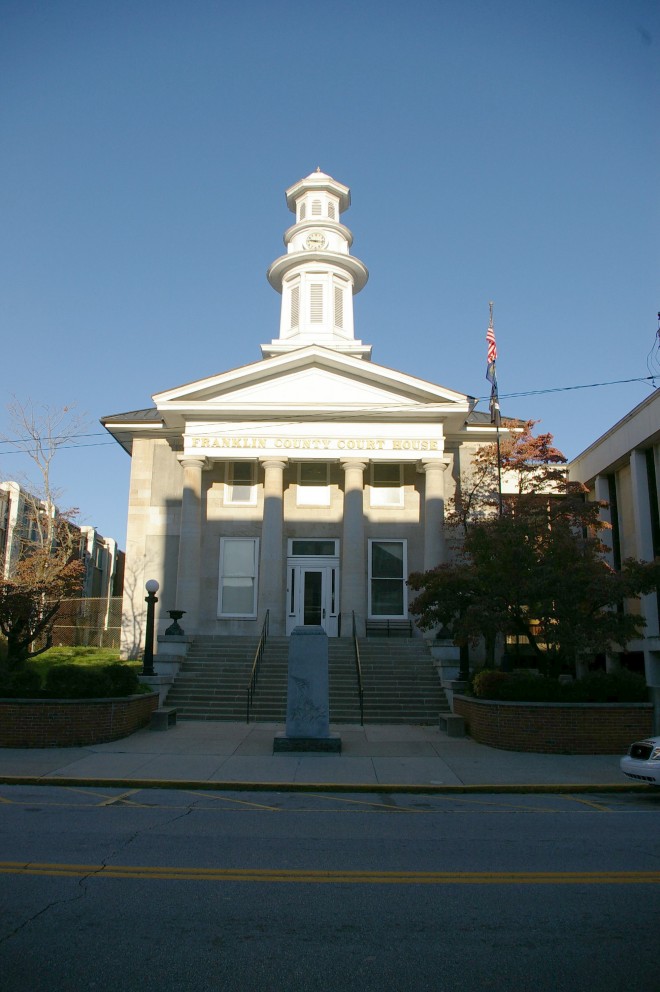 Description:  The building faces east and is a two story brown colored brick structure. The east front has a high portico supported by four large columns. Atop the roof is an octagonal white colored cupola rising in tiers with a clock on the second tier. In 1909, the building was expanded by thirty feet. Other renovations were made in 1927 and 1949. The administration wing is along the north side.

Note:  The present courthouse was constructed of stone, quarried from land owned by Phillip Swigert.  In the cupola, stands a clock purchased in Philadelphia by the City of Frankfort.

Note:  The previous courthouse was constructed in 1806. The Hiram Lodge had been granted permission to construct the third floor of the courthouse in 1806, at their own expense, for use as a Mason Hall.

See:  The architect, Gideon Shryock  of Louisville, designed the courthouse in Jefferson County. 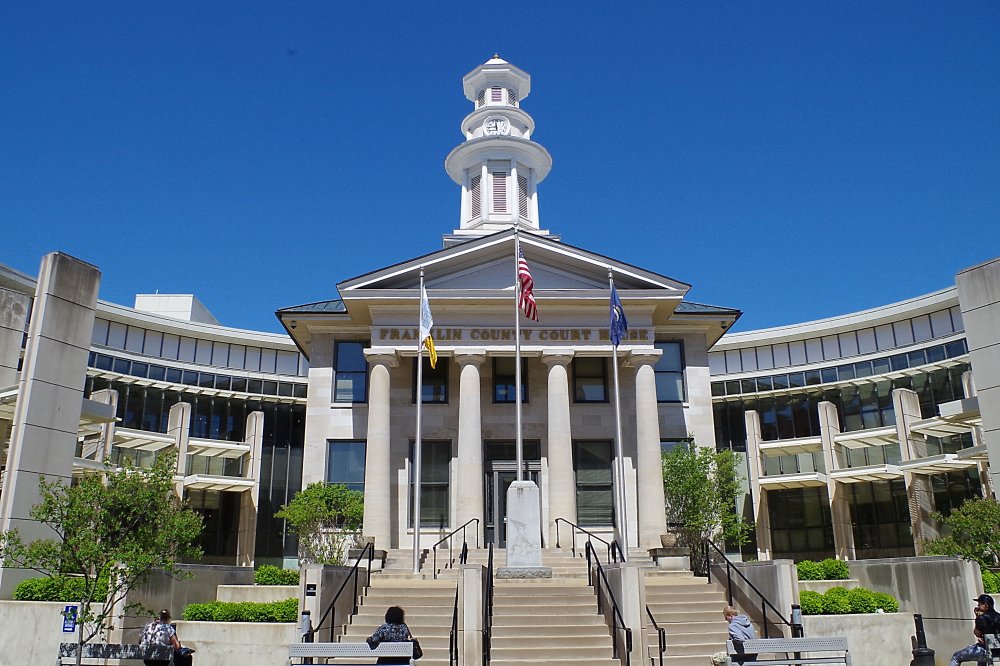 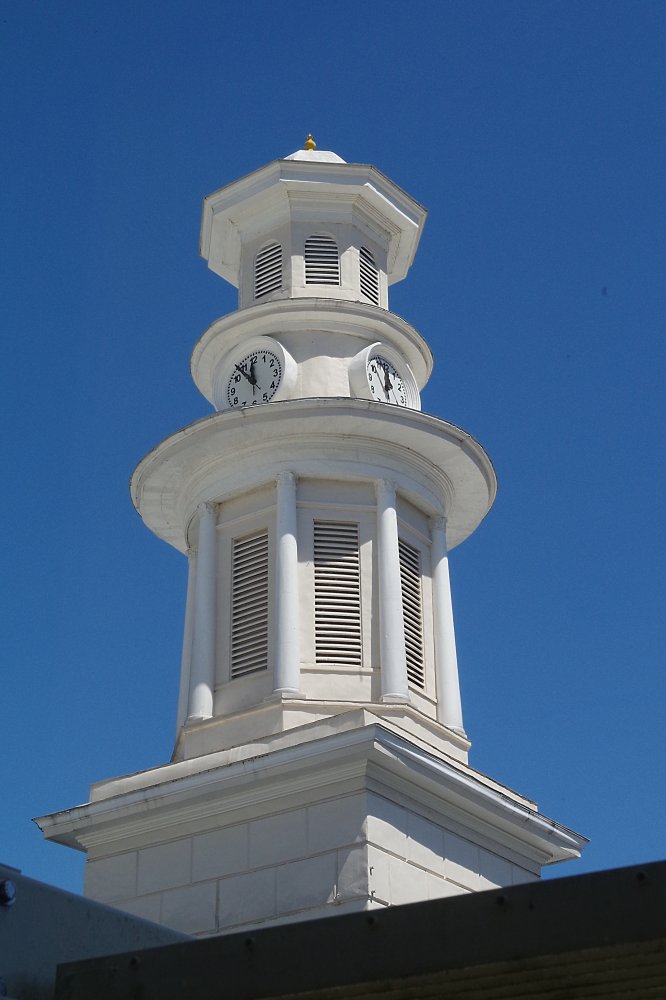 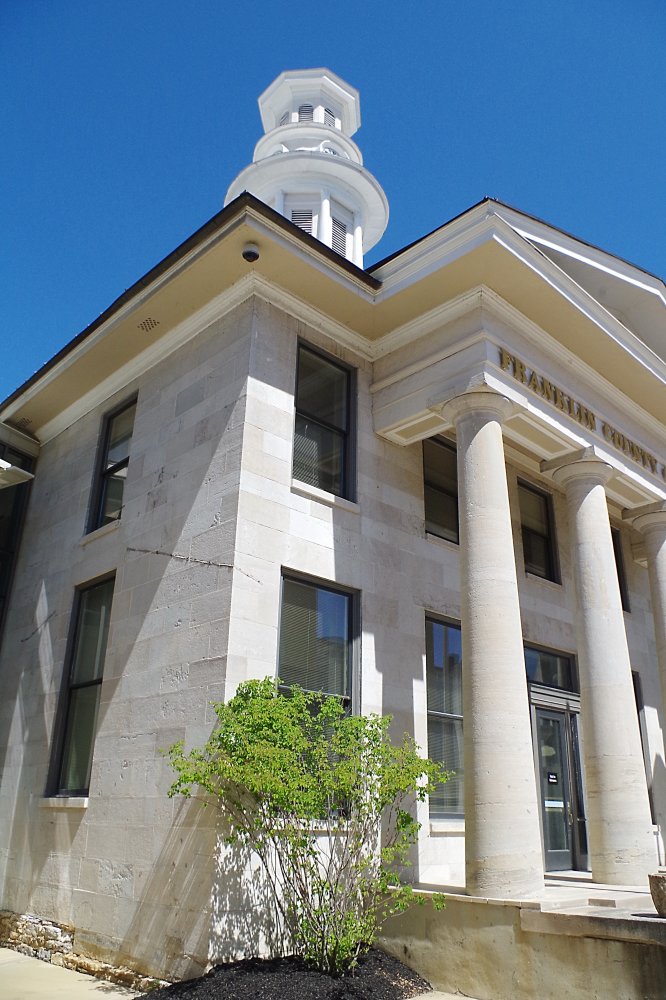 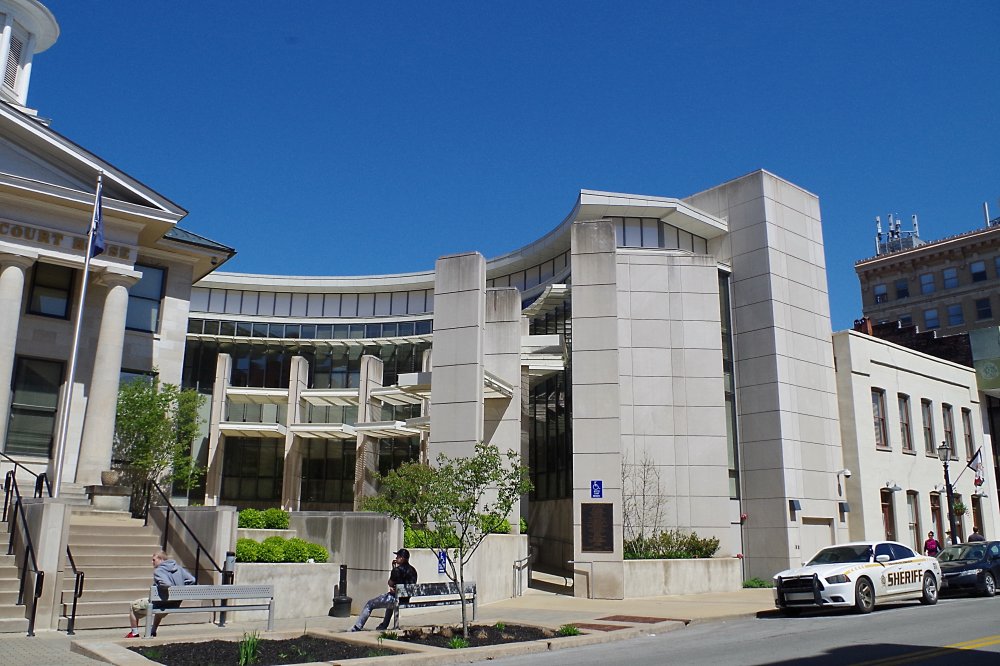 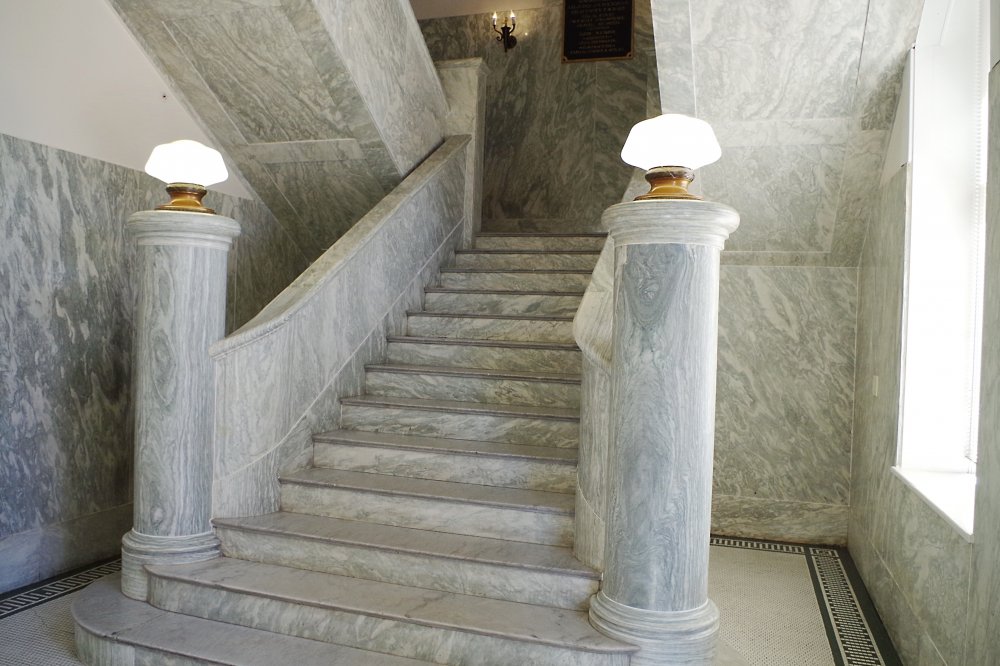 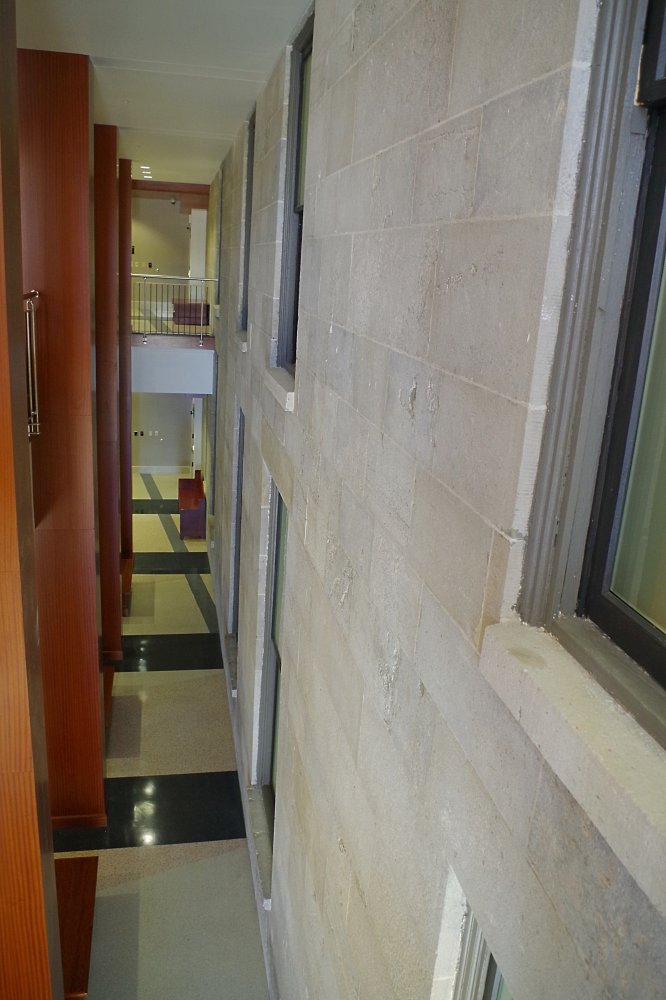 Courthouse in 2007 before the addition