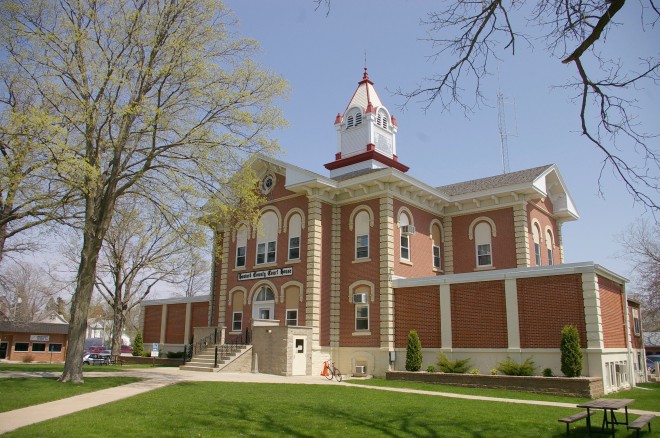 Howard County is named for Tilghman Ashurst Howard, who was a United States Senator from Indiana and a general in Tennessee and Indiana.

Description: The building faces west and is is a two story red colored brick and limestone structure. The building is located on spacious landscaped grounds in the center of Cresco. The building has a central section with entrance on the first story and large arched window and two smaller arched windows on the second story. Stone trim adorns the corners. The building extends outward on the north and south sides. On the center of the roof is a square white colored wood cupola with steep roof. The roof is hipped. The courtroom is located on the second story. The building houses the County District Court of the 1B Judicial District. In 1964, additions were added at the front on the north and south sides. 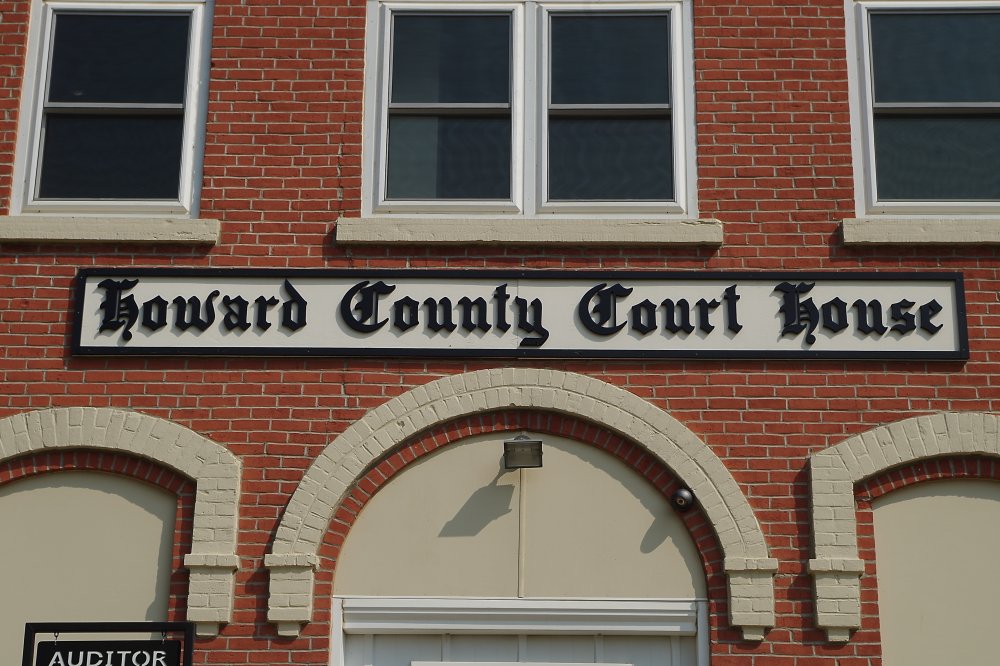 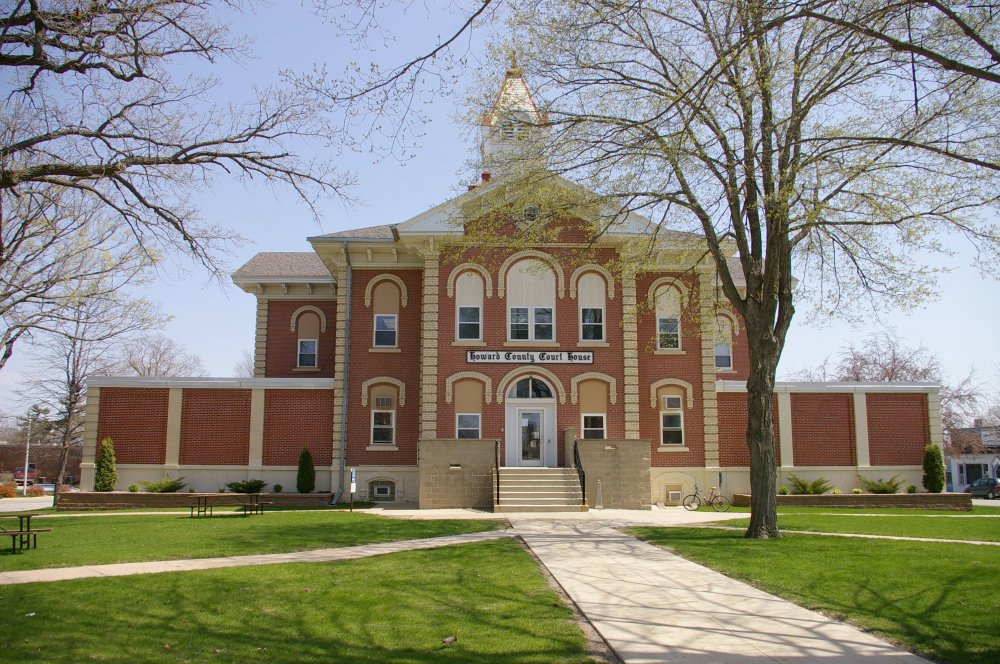 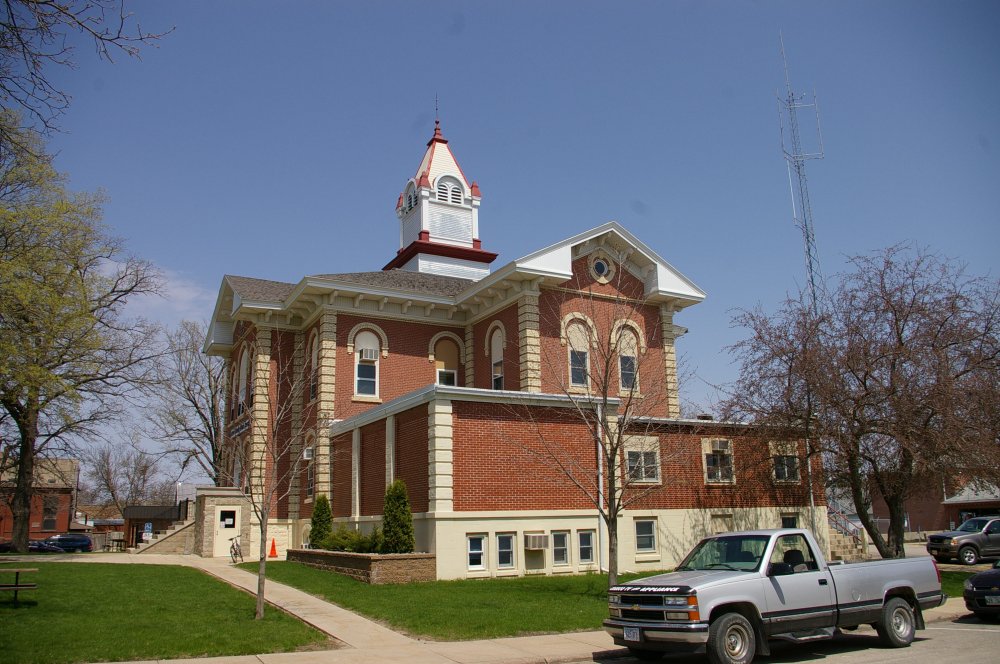 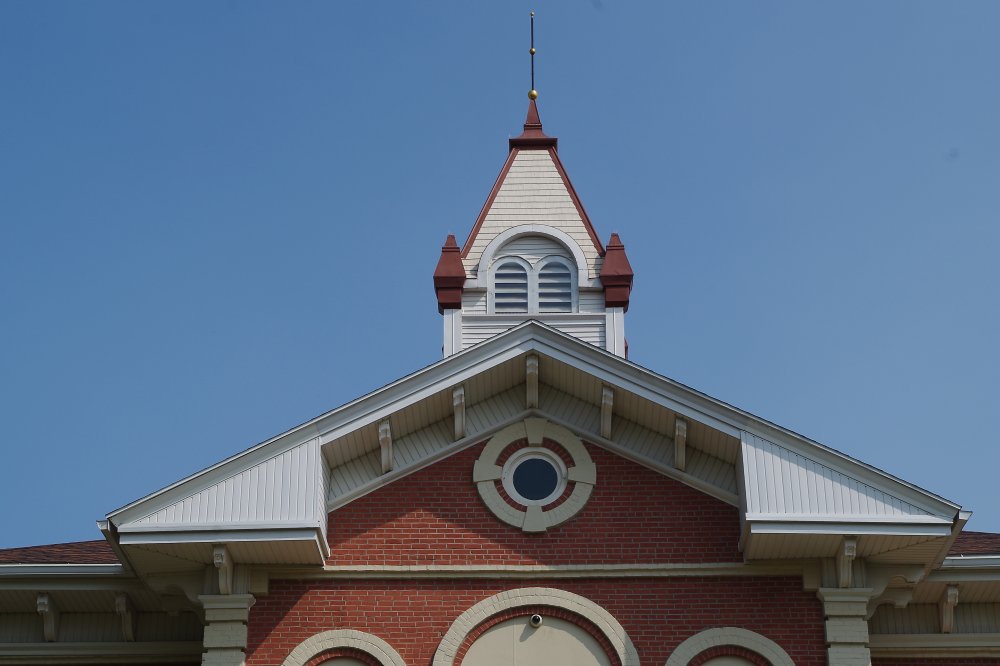 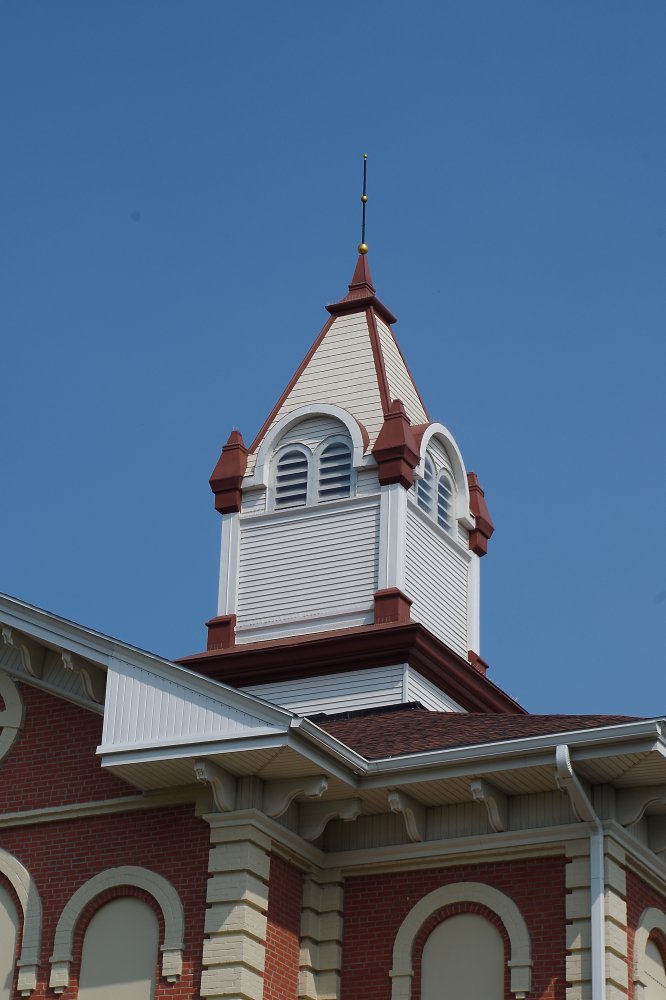 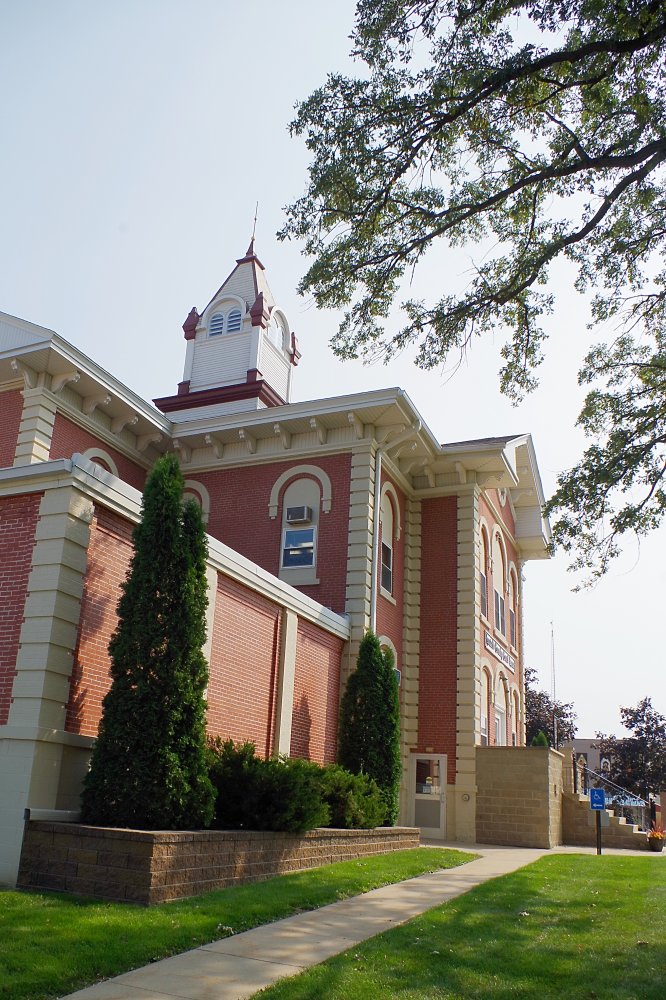 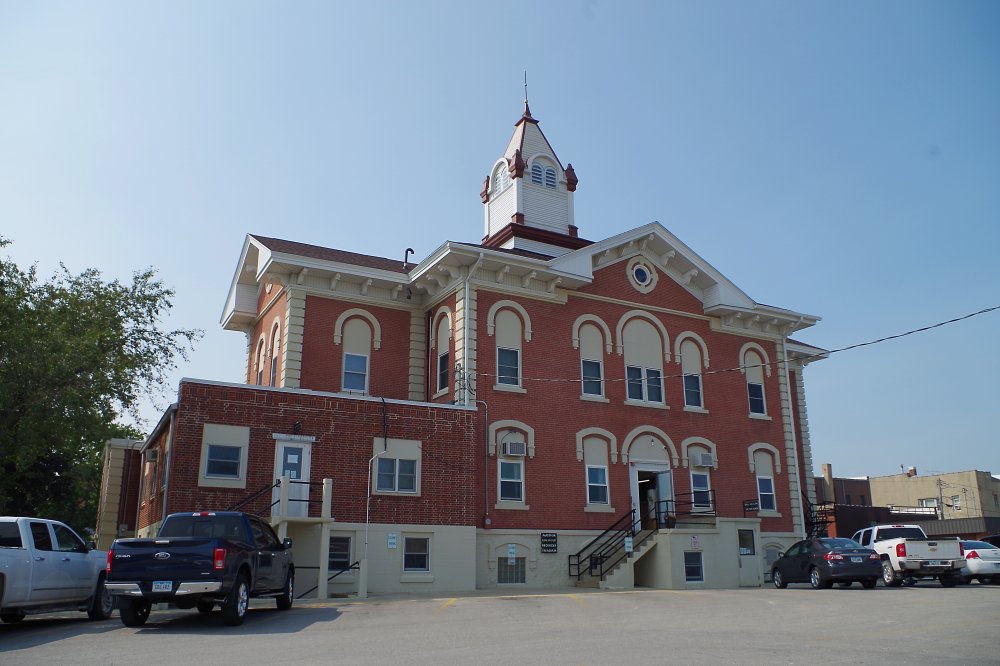 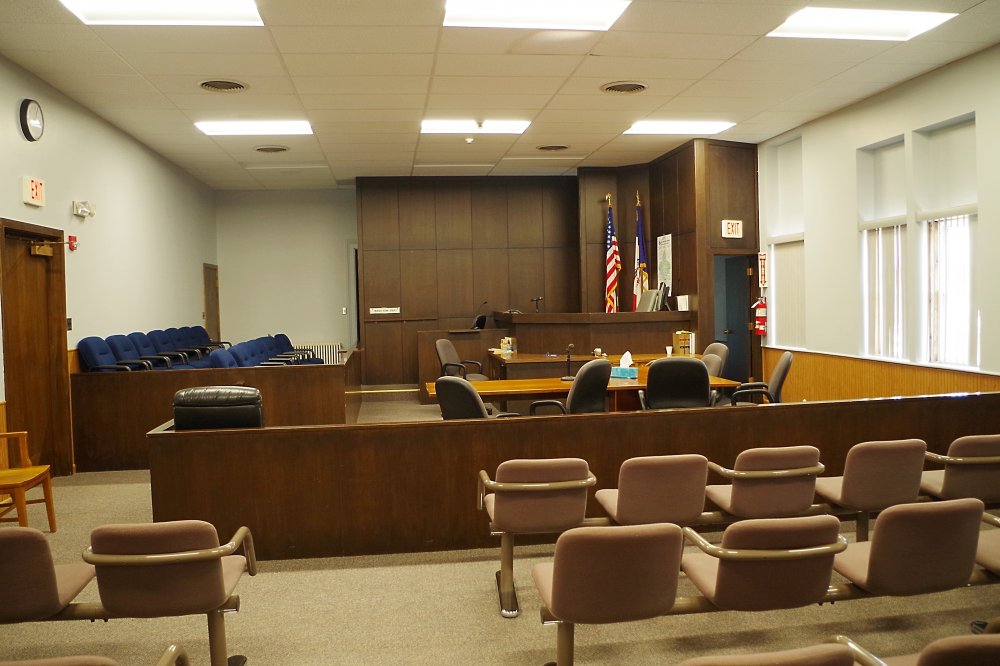 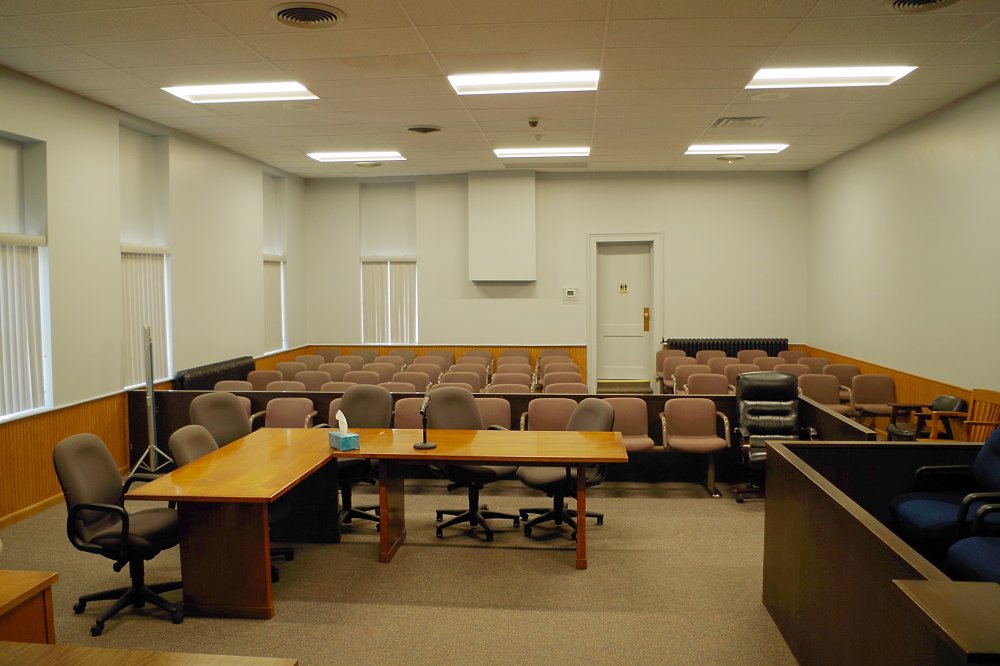