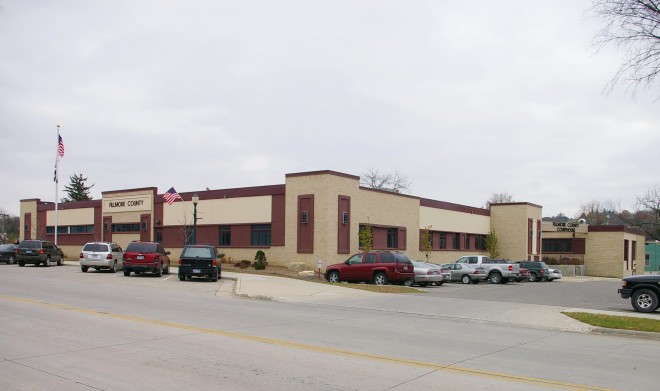 Fillmore County is named for Millard Fillmore, who was President of the United States from 1850 to 1853. 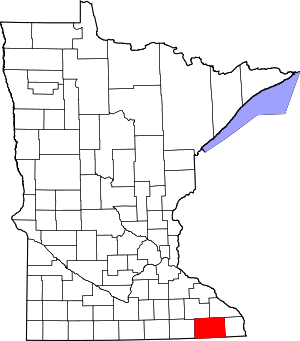 Description:  The building faces north and is a two story buff colored brick and concrete structure. The building is located on landscaped grounds in the center of Preston. The building has square brick pavilions on the corners with vertical brown panels. A brown colored band follows the roof line and below the band are yellow colored panels with brown colored trimmed windows beneath. The building has a basement. The courtroom is located on the first story. The building houses the County District Court of the 3rd Judicial District. On the south side, the building forms a two story annex descending the slope of the hill. In 1998 a new building was constructed on the west side and completed in 2000. The architect was TSP One Inc. Extensive remodeling of the annex was started in 2004 and completed in 2005. Between the north section and the new south section is a corridor with glass entrances on the east and west. The architect was Kane & Johnson Architects.

History:  The county was created in 1853 and Chatfield was selected as the county seat in 1854. In 1856 the county seat was moved to Carimona and then to Preston in 1863. The first courthouse was a two story brick structure built in 1863 to 1864 by the citizens of Preston and was enlarged in 1885 by architect Mayberry & Sons. The building was razed and the second and present courthouse was constructed in 1957 to 1958. 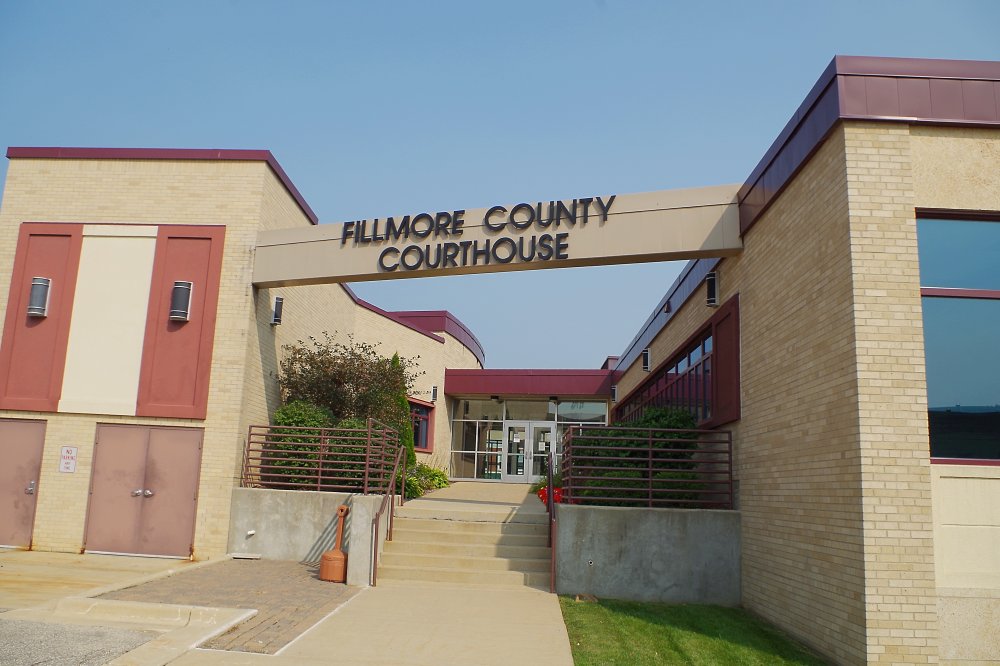 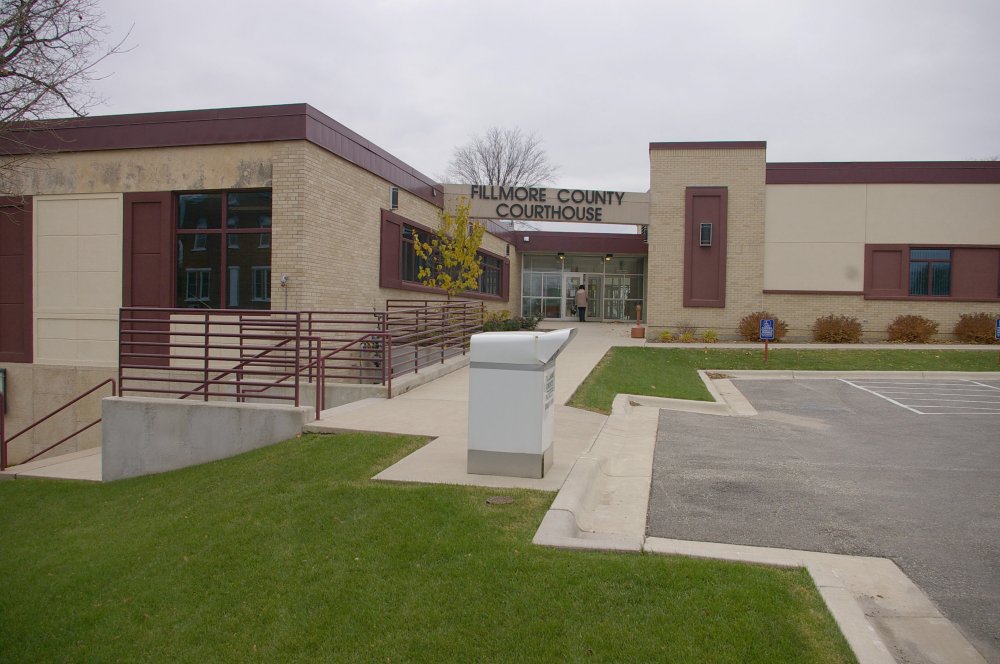 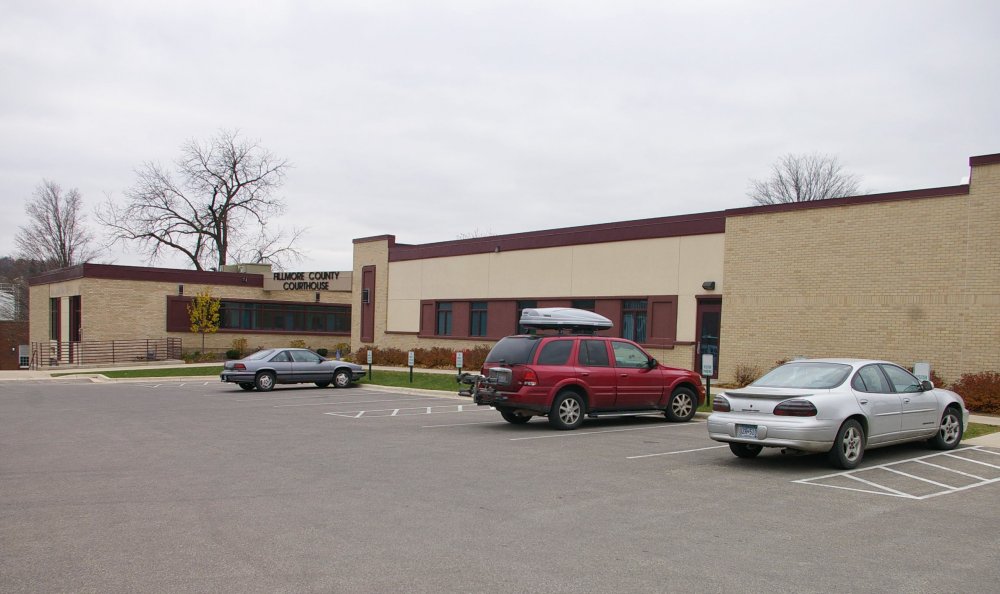 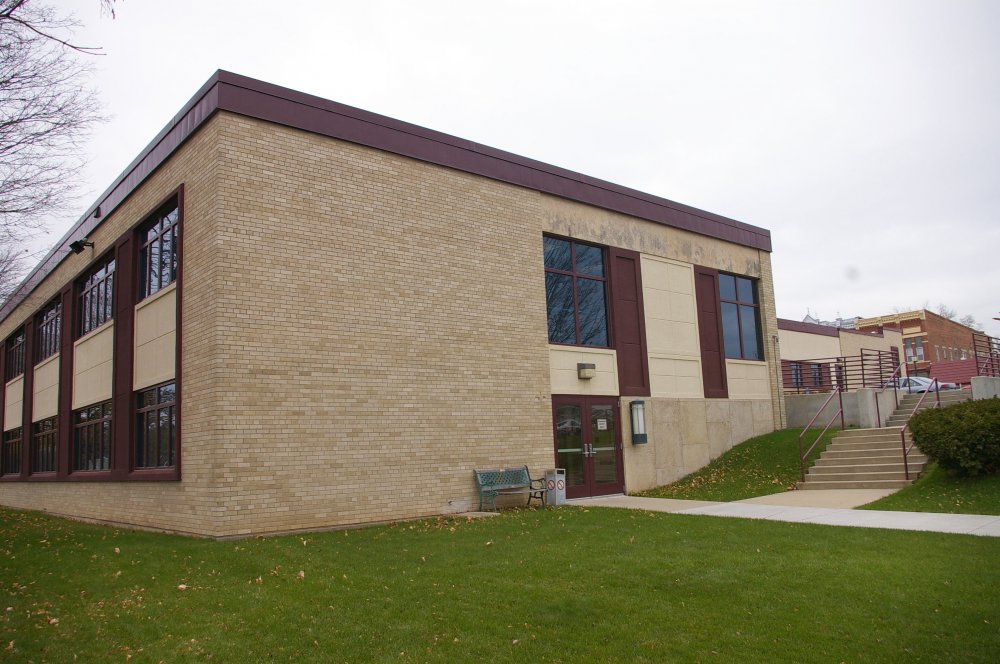 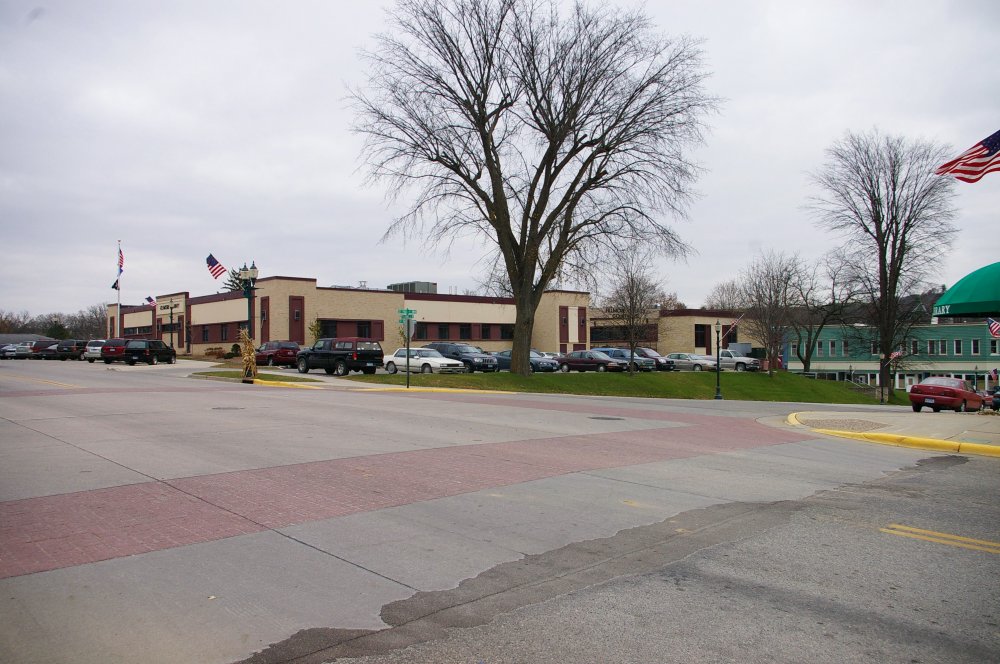 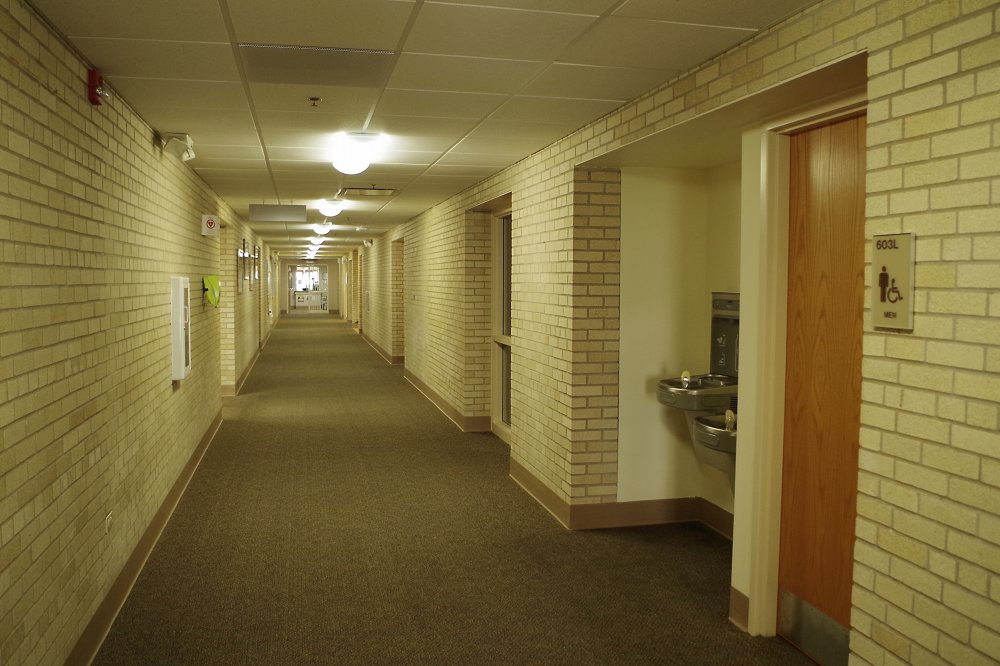 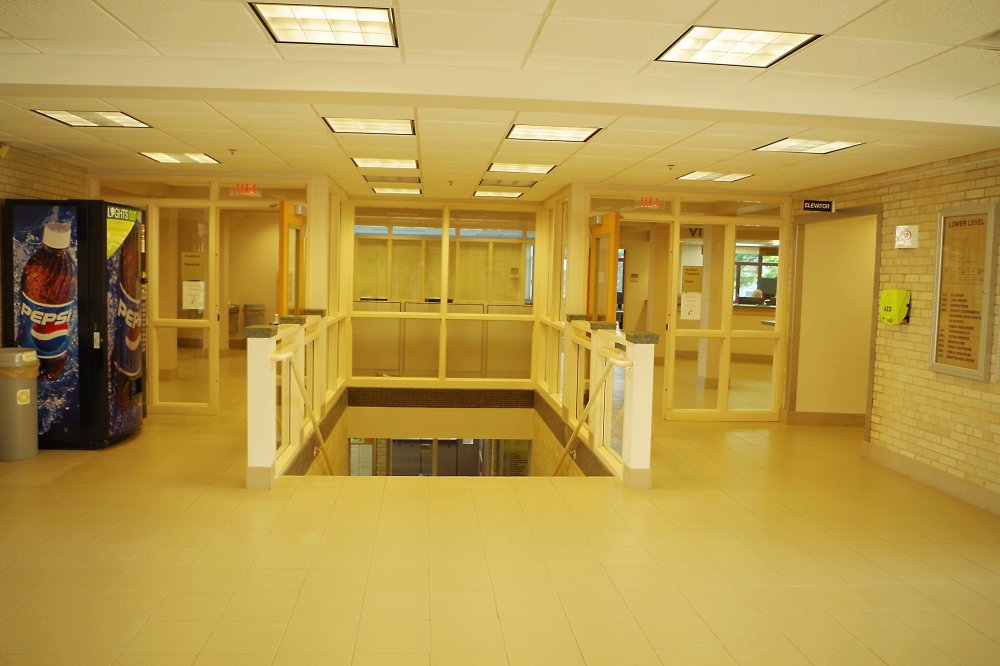 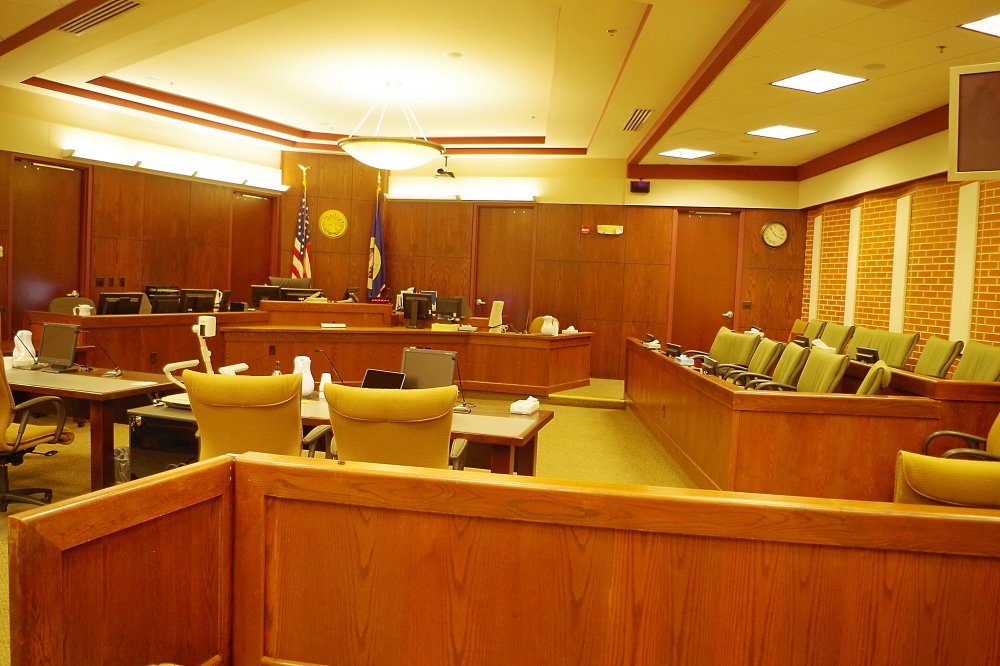 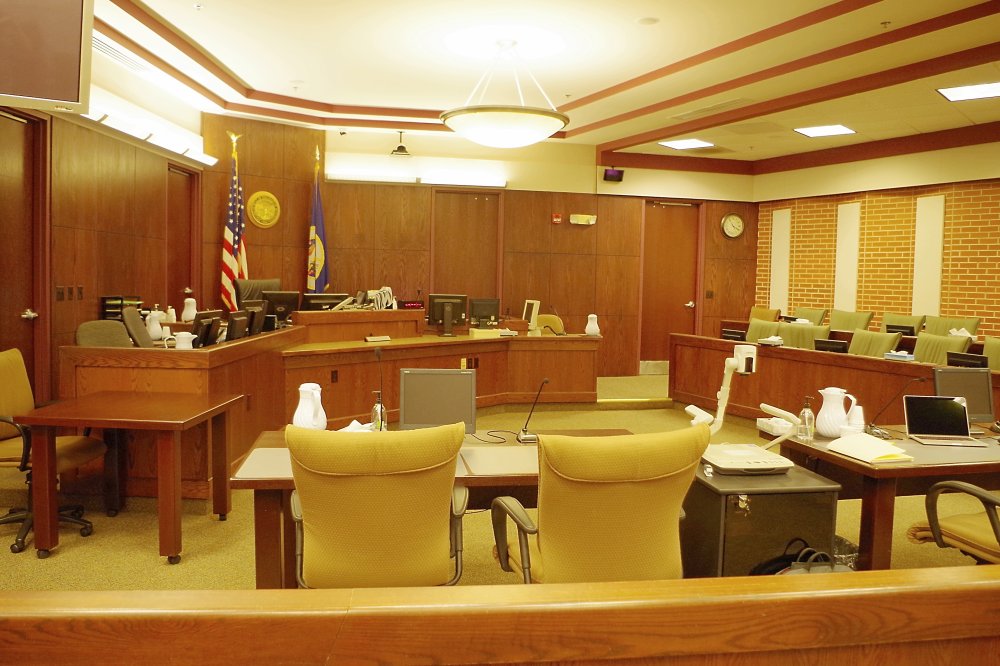 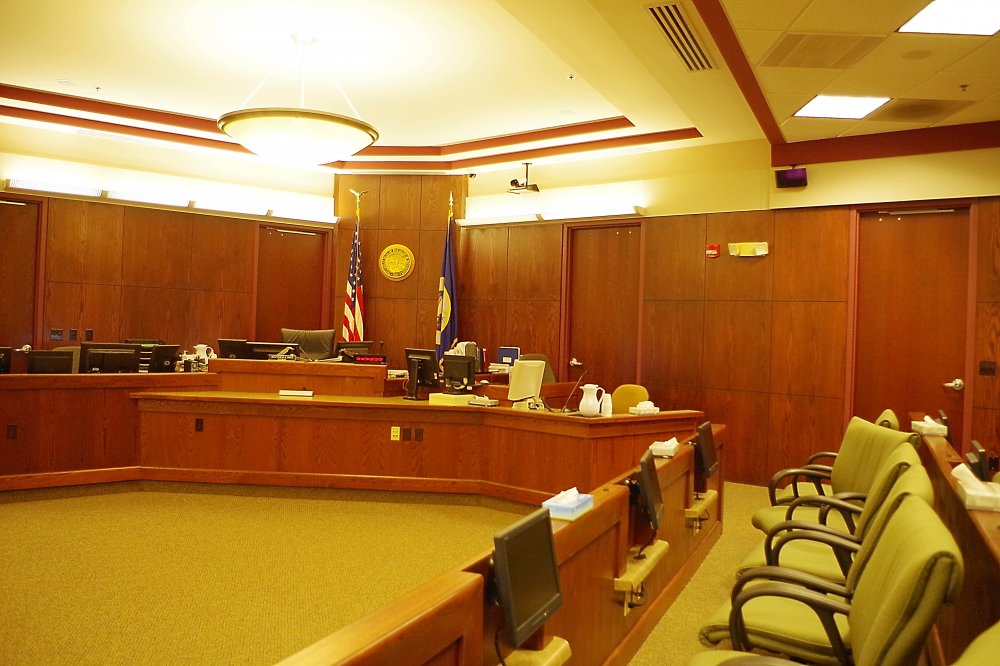 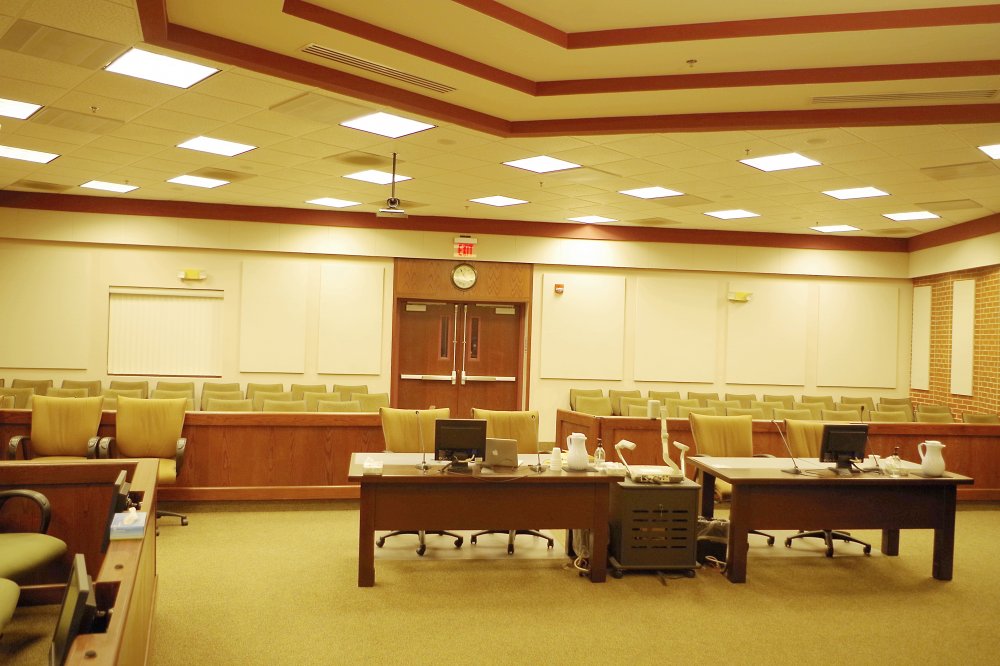