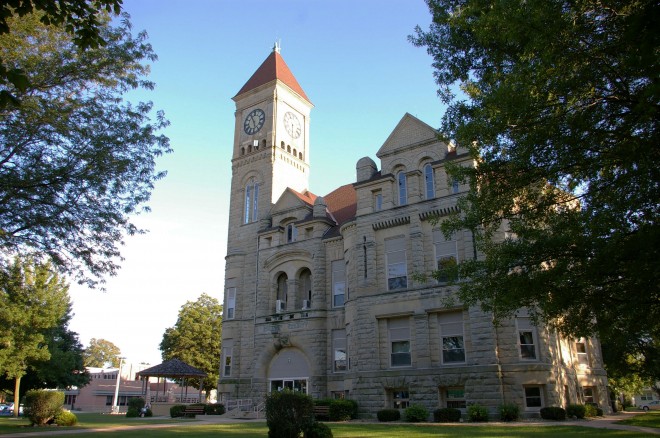 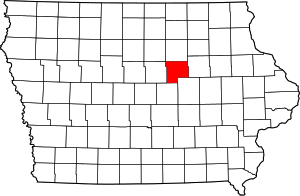 Description: The building faces north and is a two story stone castle-like structure. The building is located on landscaped grounds of Courthouse Square in the center of Grundy Center. The basement walls are made of stone from Stone City, Iowa. The upper walls are made from sandstone from Cleveland, Ohio, and the steps are made from a harder stone from Keosota, Minnesota. The northeast corner has a high clock tower with peaked red colored roof. The north entrance has an arch with two arches on the second story. The west section projects from the building and has a stone front to the third story. The building houses the County District Court of the 1B Judicial District.

Note:  During construction, the contractor Seeley, Son & Company realized that his bid was too low. He was honest and remained faithful to his commitment, using the best material and workmanship, even though he went bankrupt on the job. That was largely due to a provision in the contract which required them to have all the stone cut on site, to guard against any of the stone being marred in shipment. The stone was shipped from Ohio in huge blocks. The contractor had no machinery for hauling such heavy loads, so it was necessary to cut these blocks into smaller pieces before they could be taken from the railroad yard to the Courthouse Square, where they could be cut into shape for use in the walls of the building. The wages paid to the stone cutters were the highest paid by any contractor in the state. 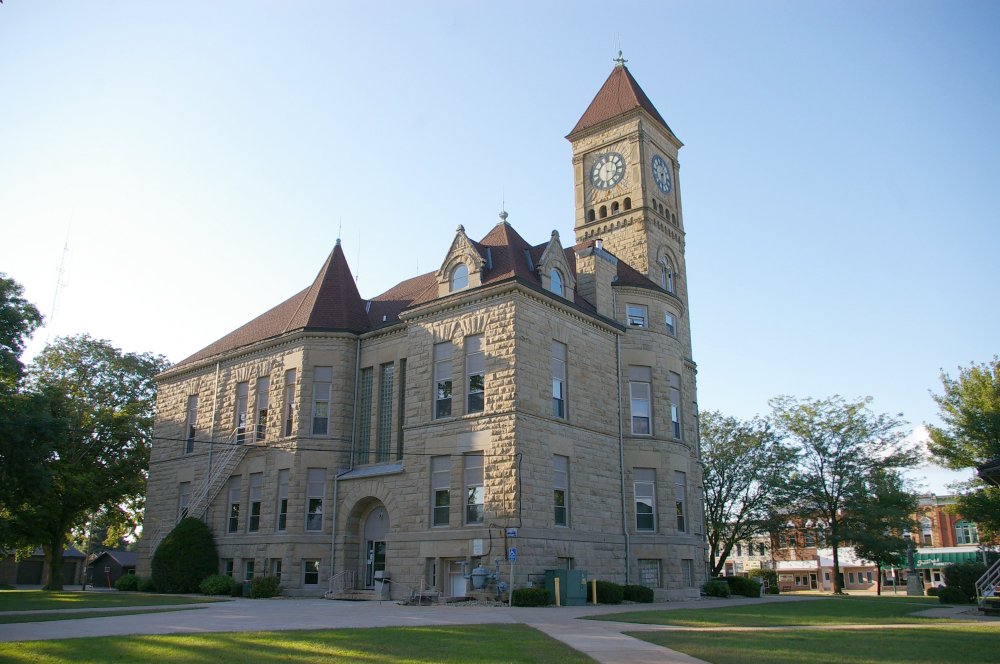 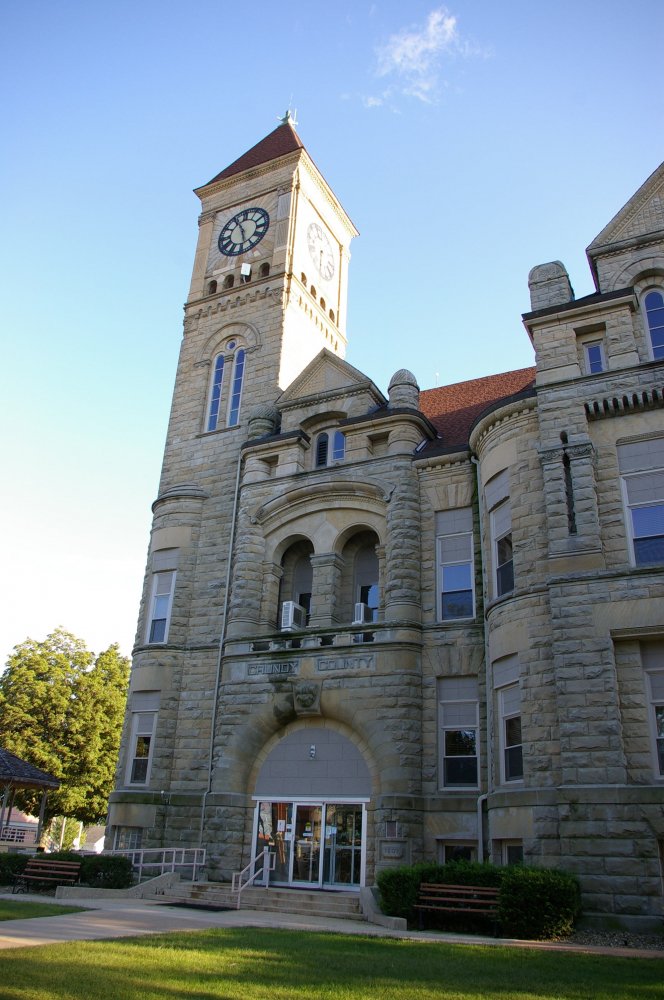 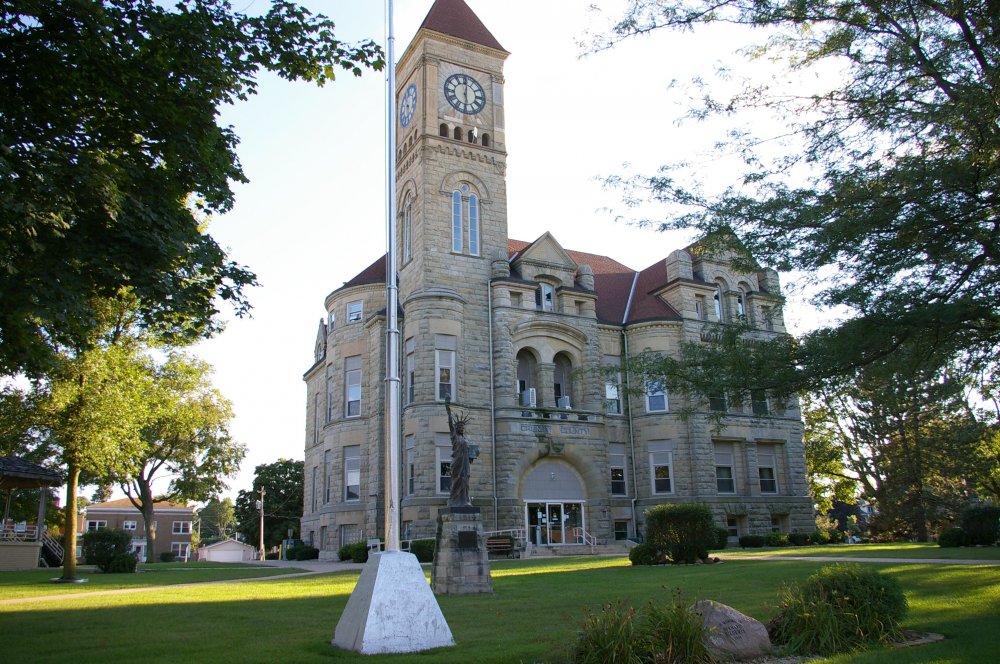 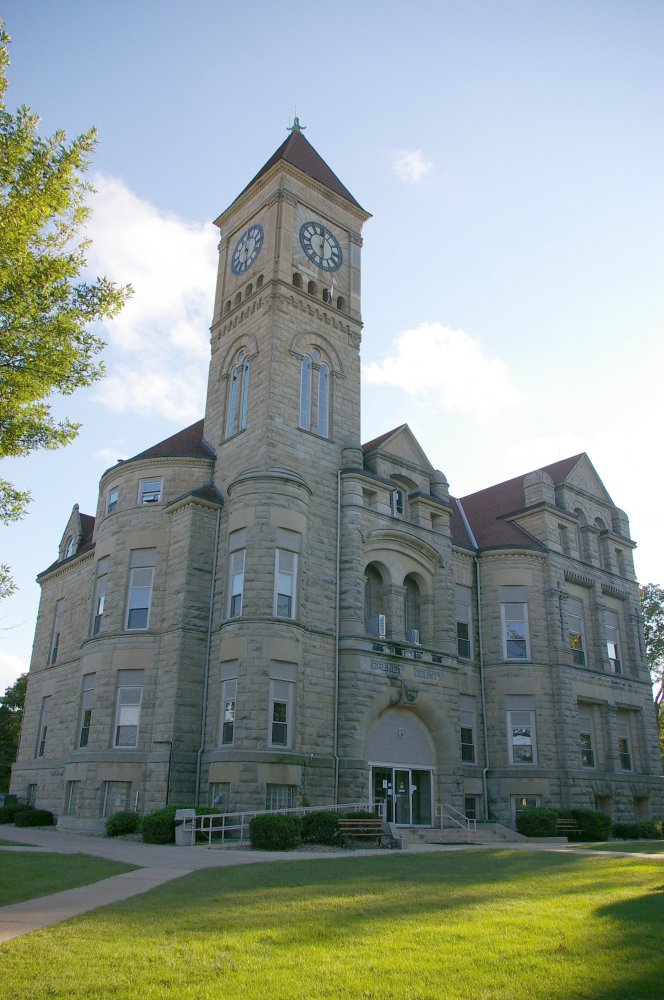 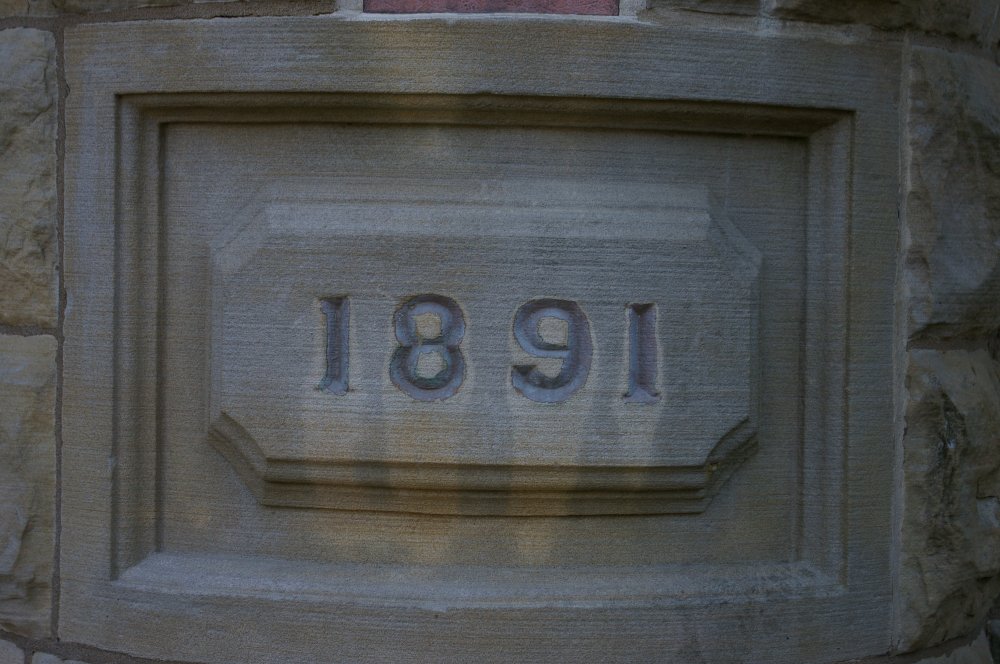