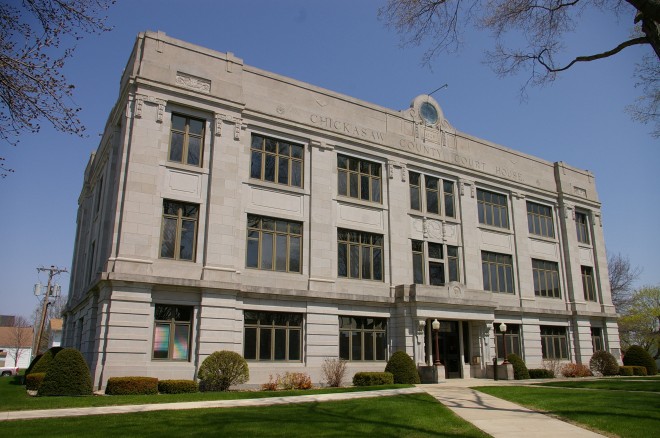 Chickasaw County is named for the Chickasaw Native American tribe whose Chief was Bradford. 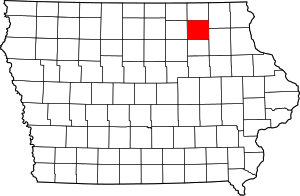 Description: The building faces south and  is a three story gray Bedford limestone and concrete structure. The rectangular shaped building is located on spacious landscaped grounds in the center of New Hampton. The central entrance has a projecting overhang. The first story has horizontal stonework with a projecting ridge above. The roof line is flat and has a wide band of limestone. In the interior there is a central lobby which rises to a skylight at the third story. The courtroom is located on the second story. The building houses the County District Court of the 1B Judicial District. During construction, the superintendent was George Metcalf. 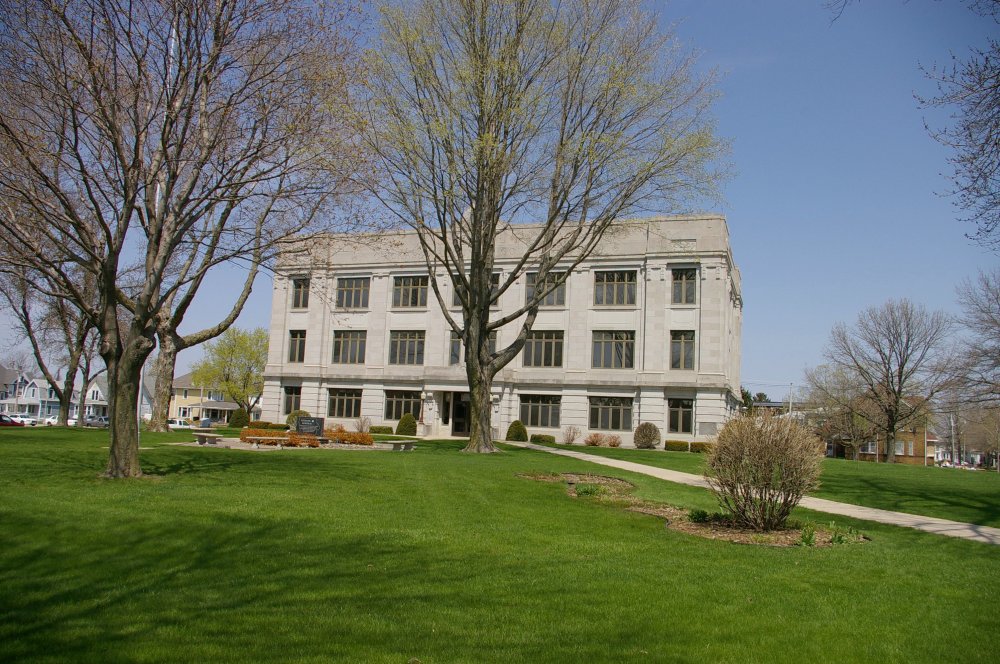 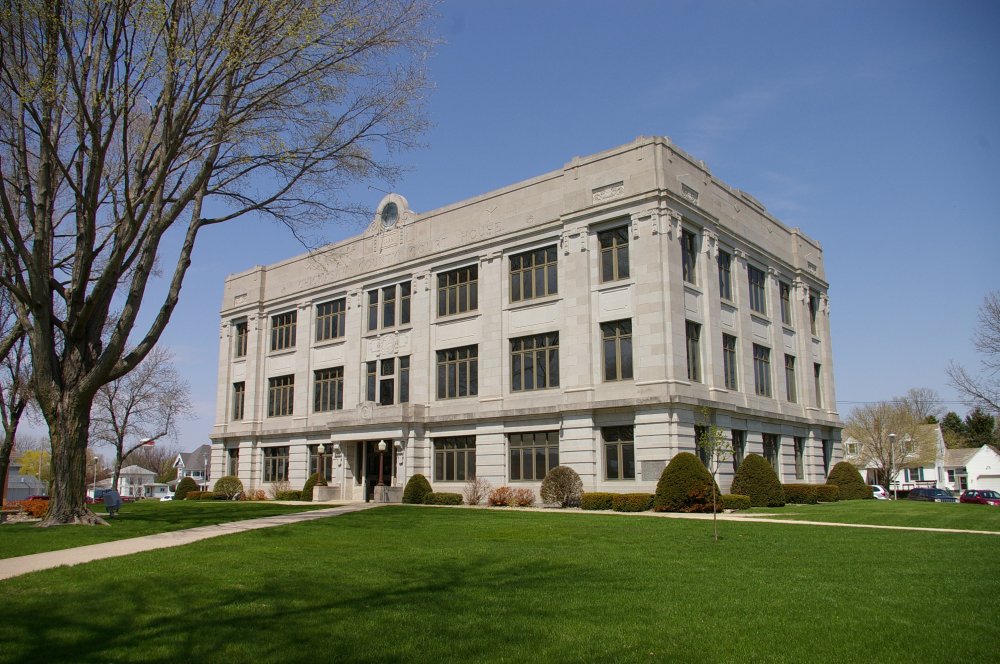 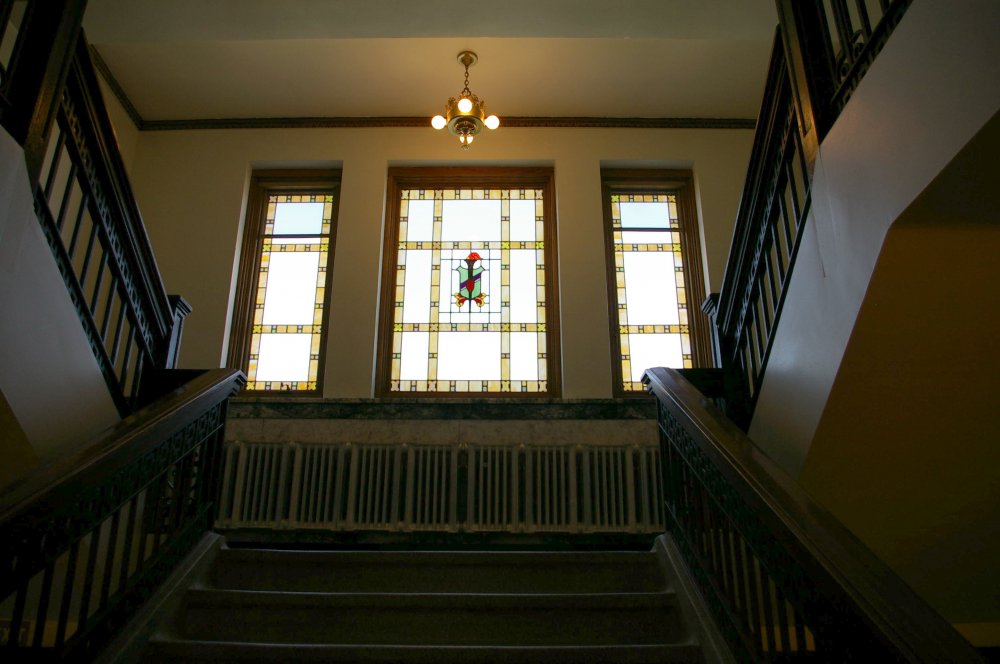 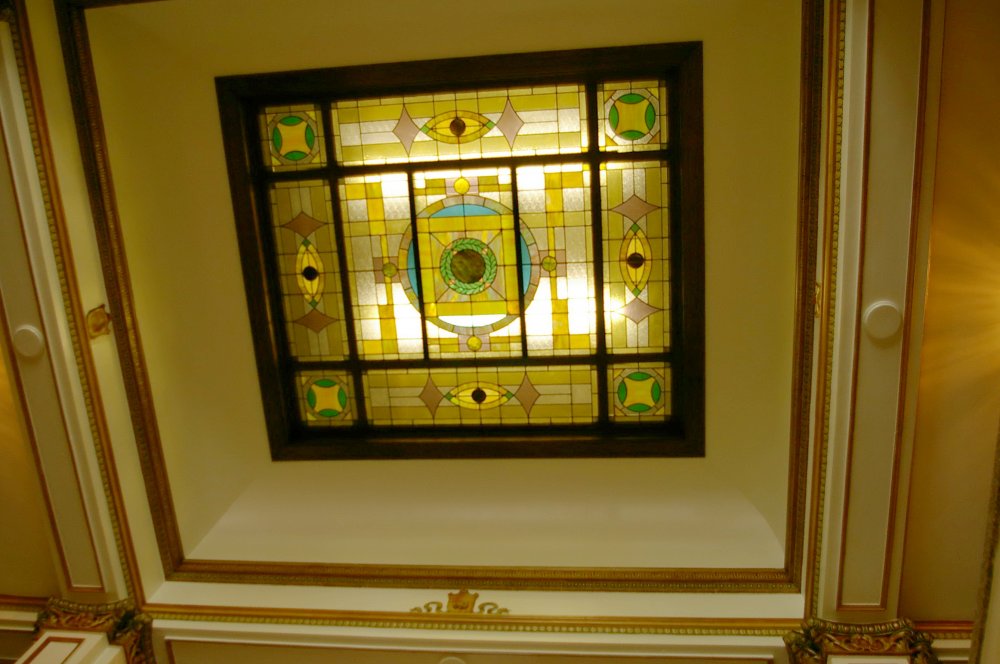 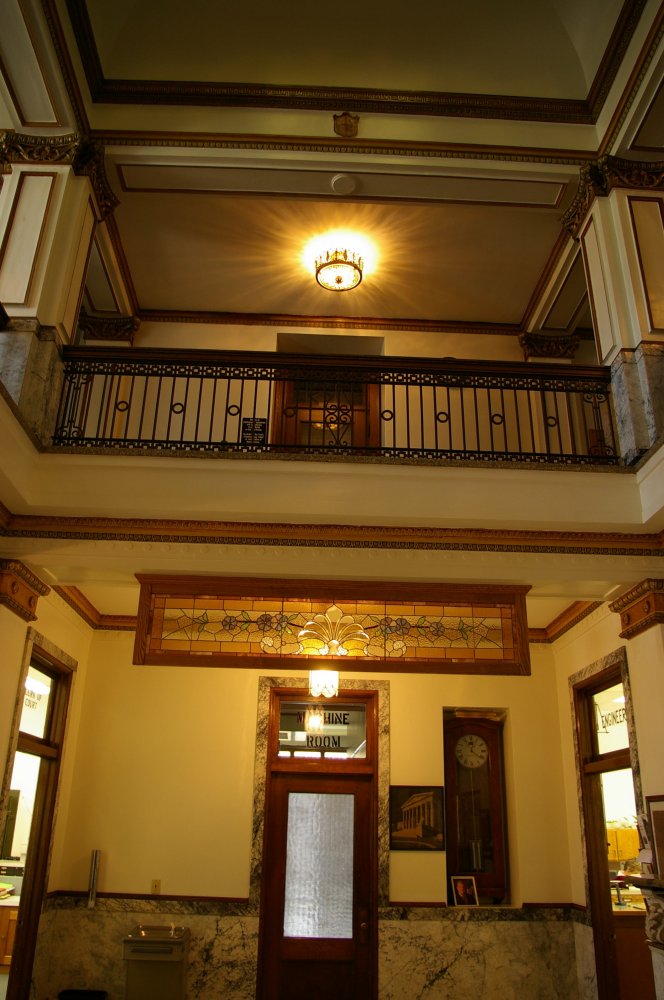 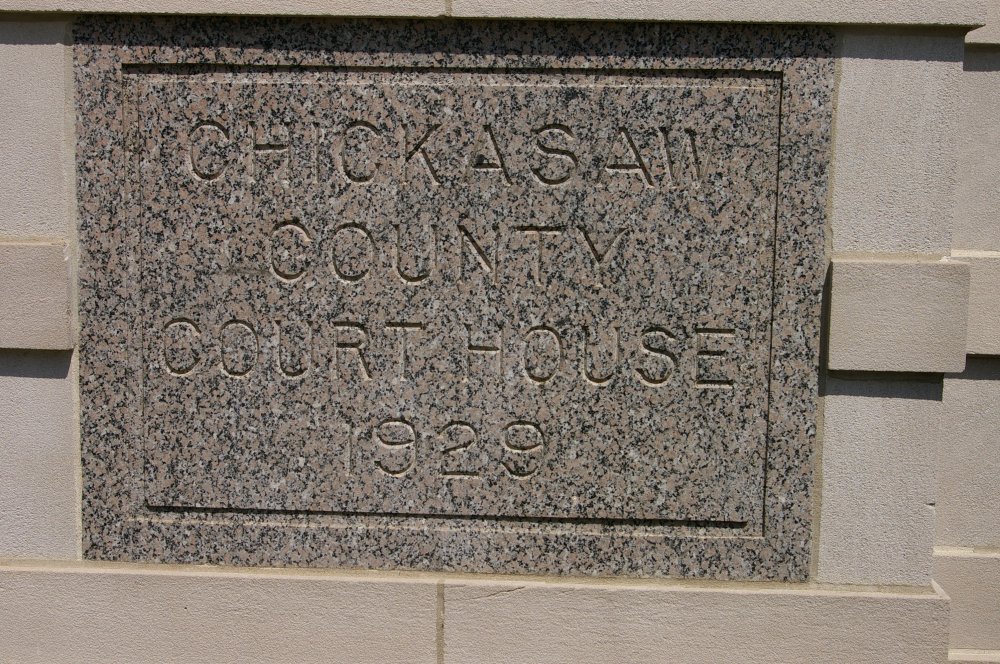 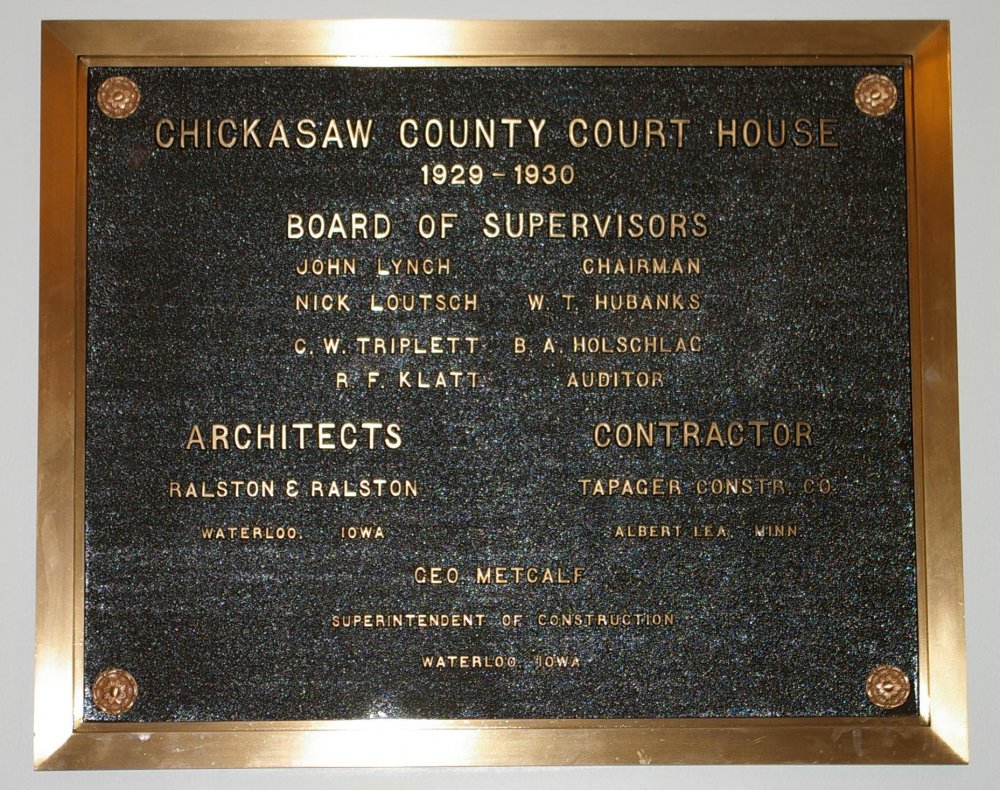