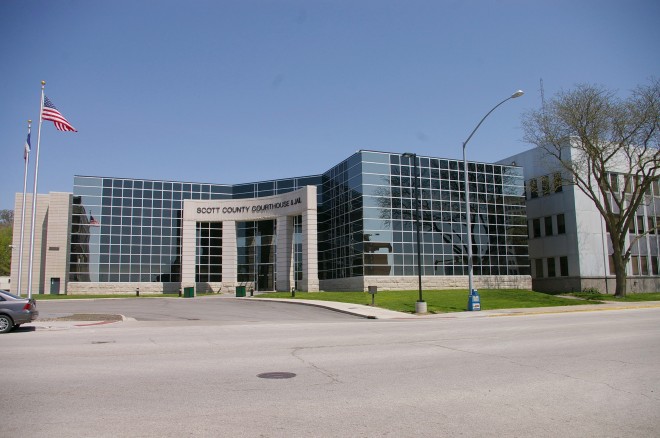 Scott County is named for Winfield Scott, who was the presiding officer at the signing of the peace treaty ending the Black Hawk War.

Description: The building faces south and is a three story aluminum, glass and concrete structure. The building is located on landscaped grounds in the center of Davenport. The older section is located on the east side. The older section has a central entrance with stone trim. The annex was remodeled in 1973. The new Entrance Pavilion section on the west side, is a dark glass structure and was built in 2007 and was completed in 2008. The architect was Larrison and Associates and the contractor was Tricon Construction of Dubuque. 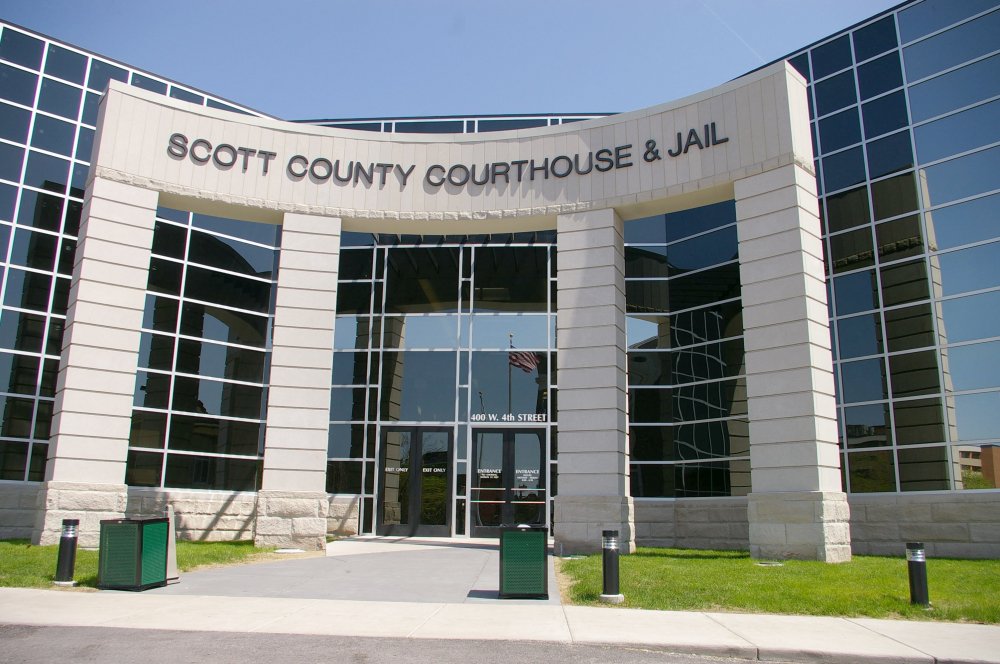 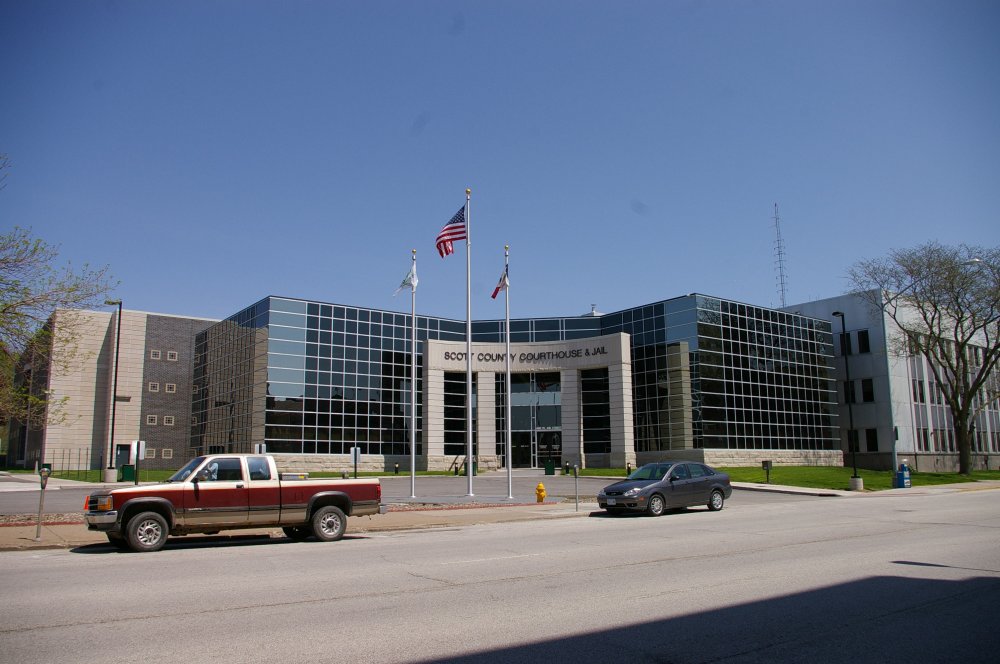 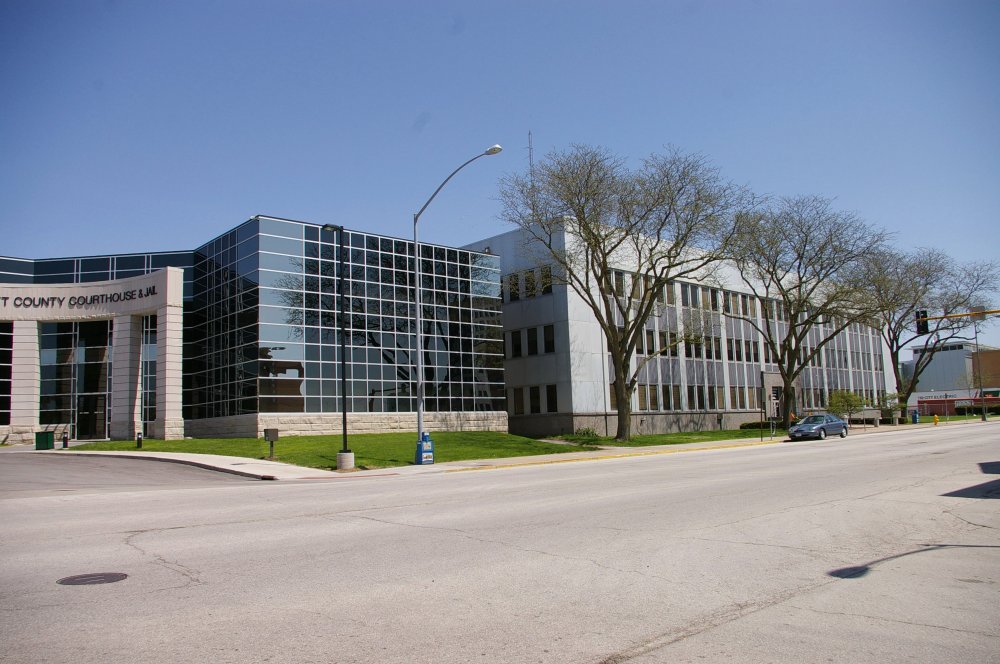 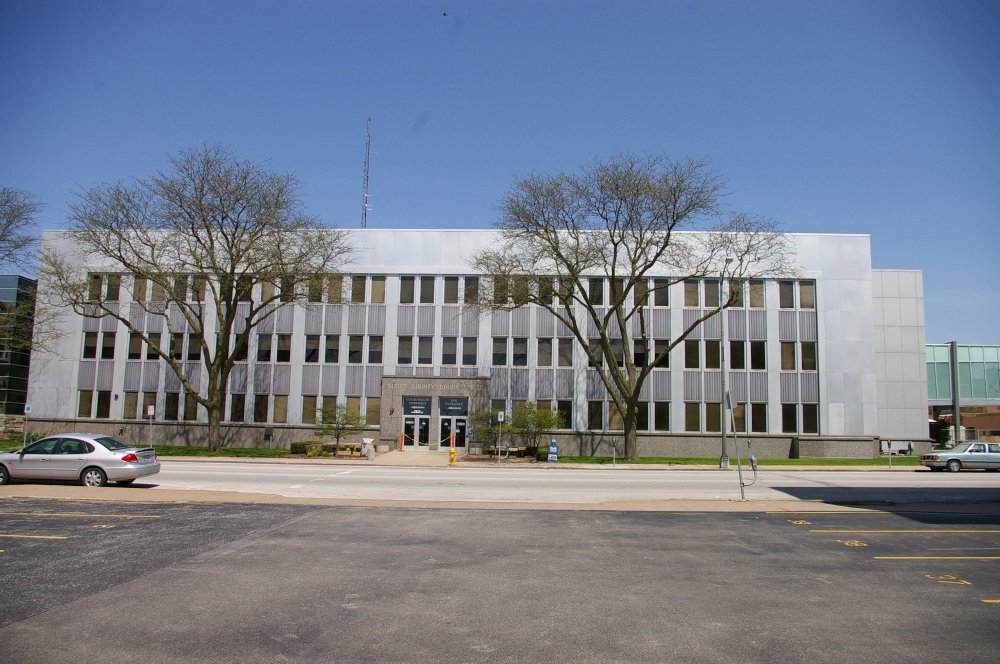 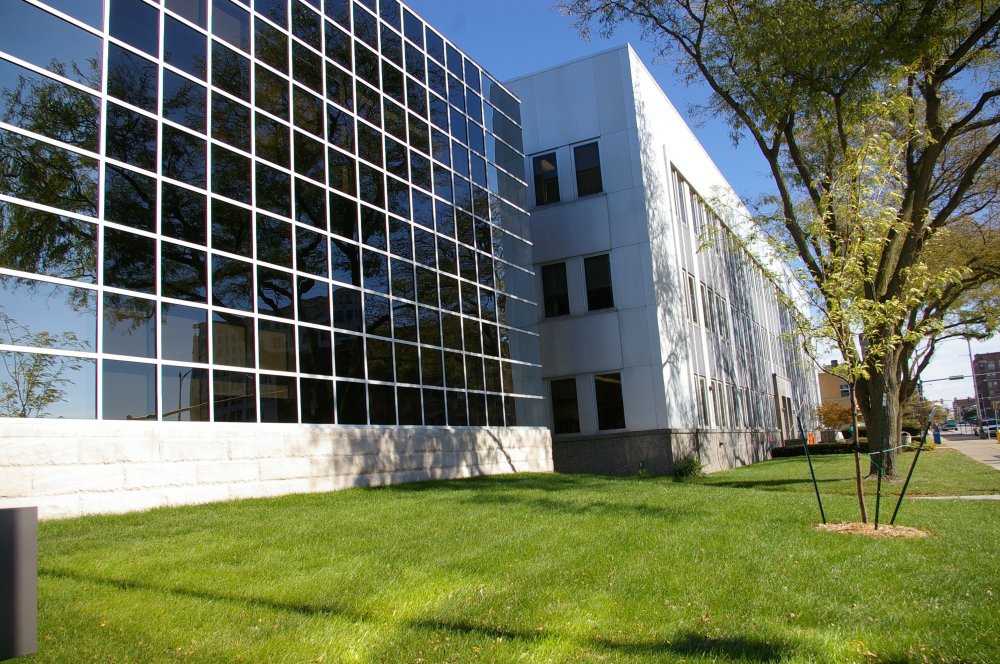 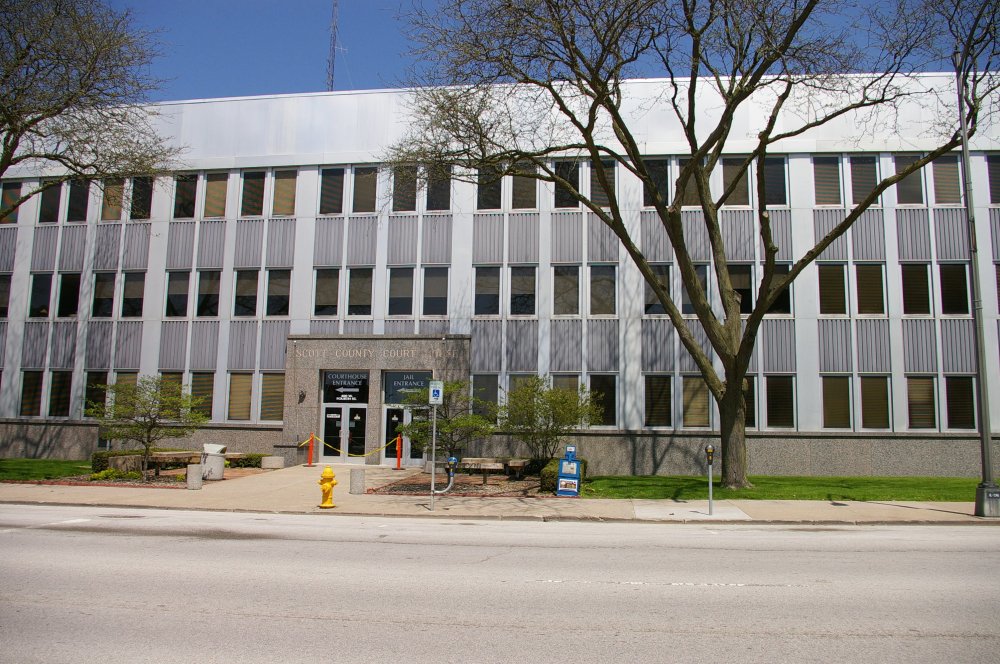 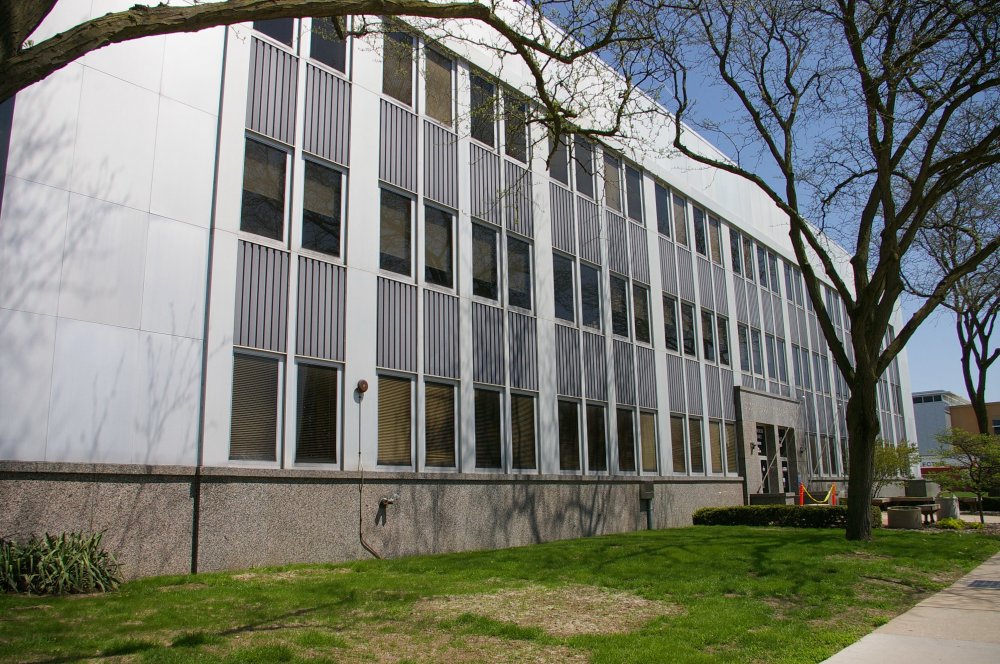