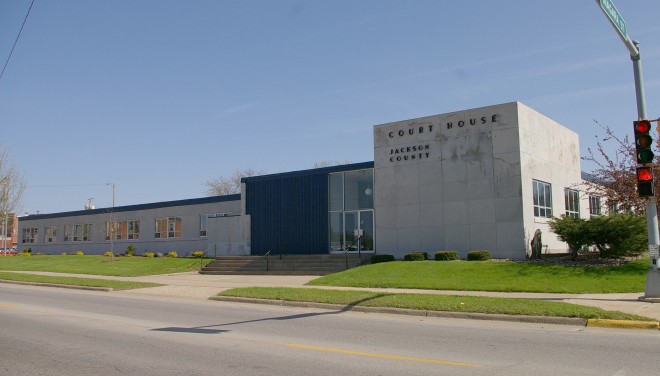 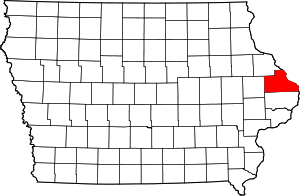 Description: The building faces aces south and is a one story concrete structure. The northwest section is a solid wall with the glass entrance adjacent with a dark blue ridged concrete section on the east. The roof line is flat. The building houses the County District Court of the 7 Judicial District. 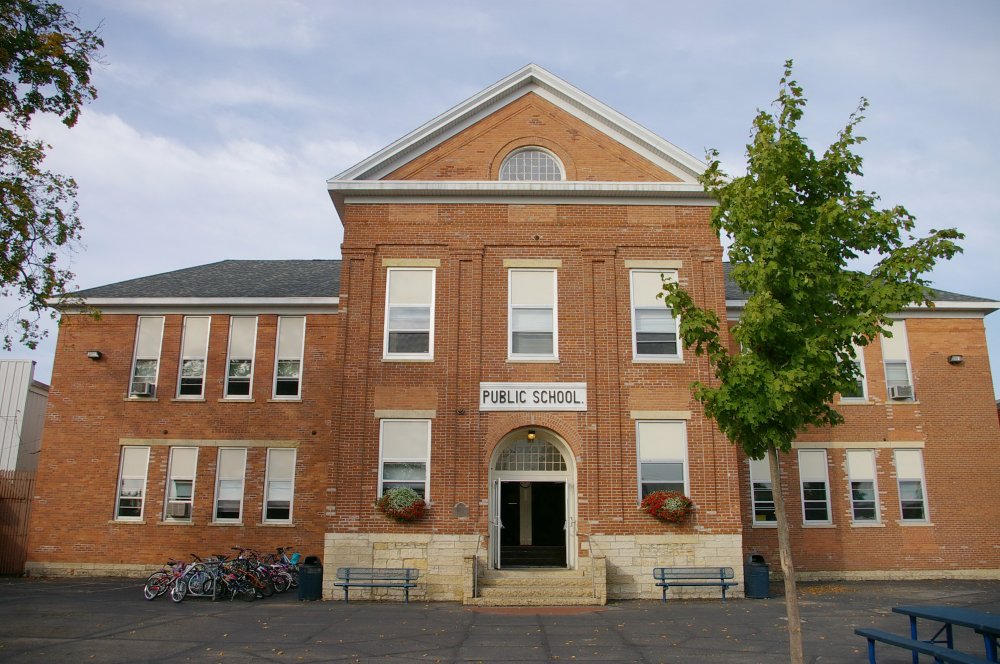 Description: The building faces east and is a two story red colored brick structure. The building is located on landscaped grounds in the center of Bellevue. The building was used as a courthouse until 1861. The center section extends east with an arched entrance on the first story and with a pediment at the roof. The roof is hipped. The building is now an elementary school. 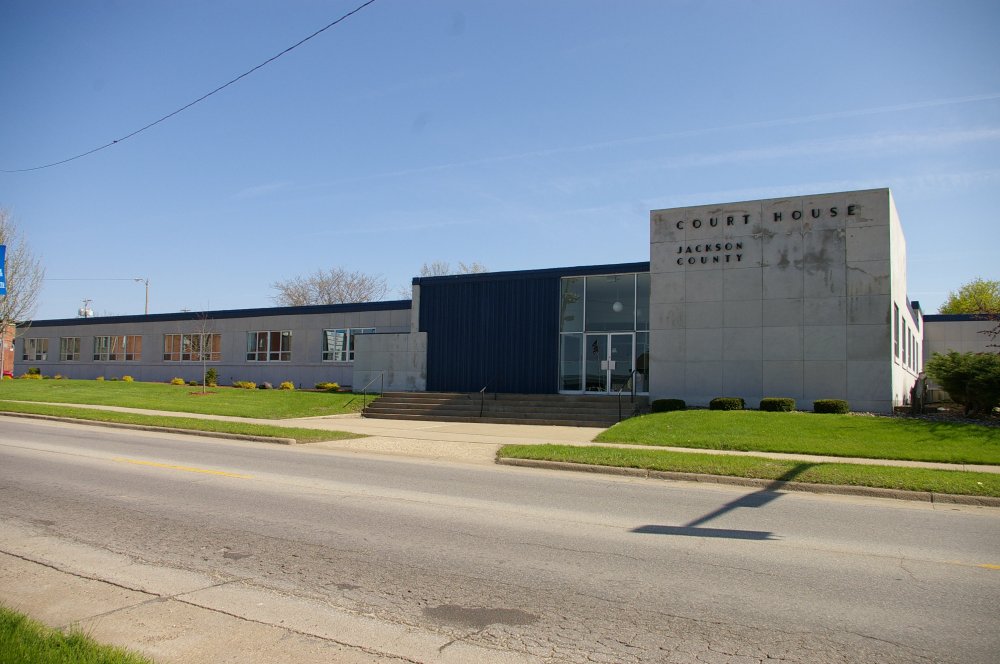 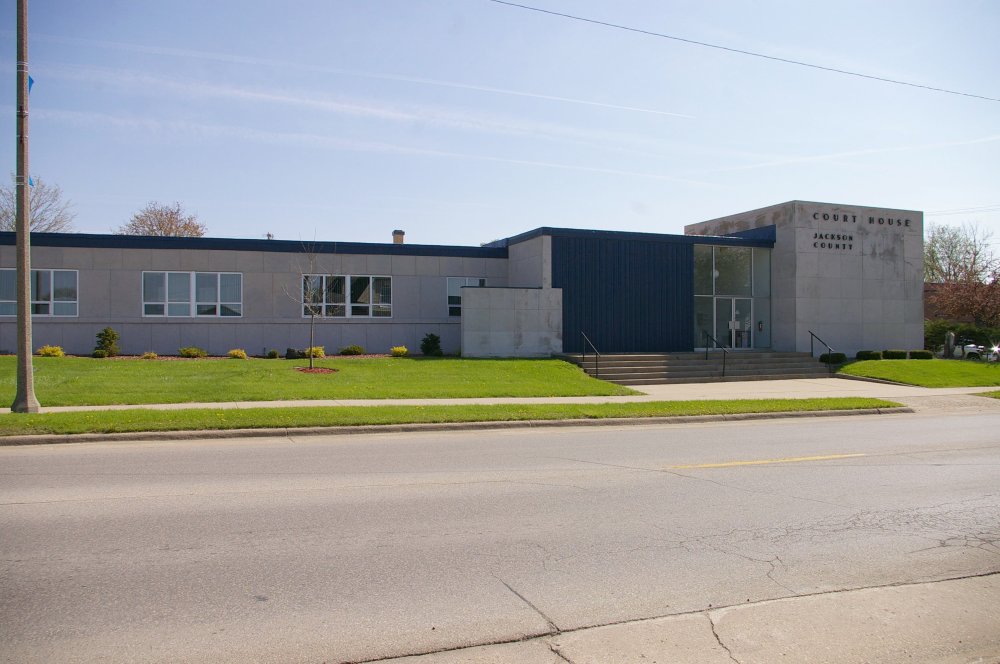 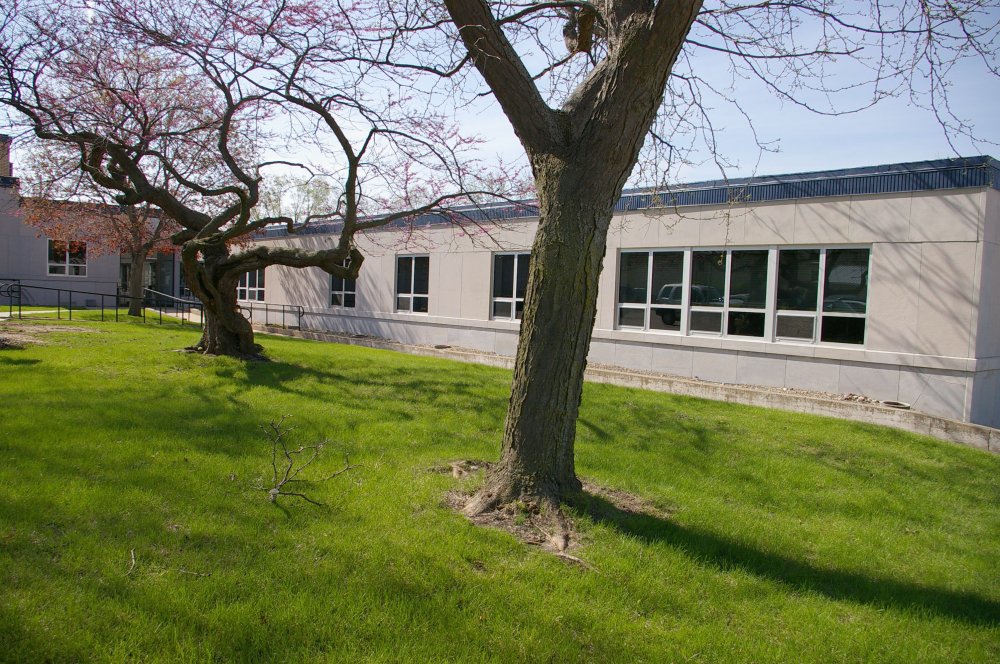 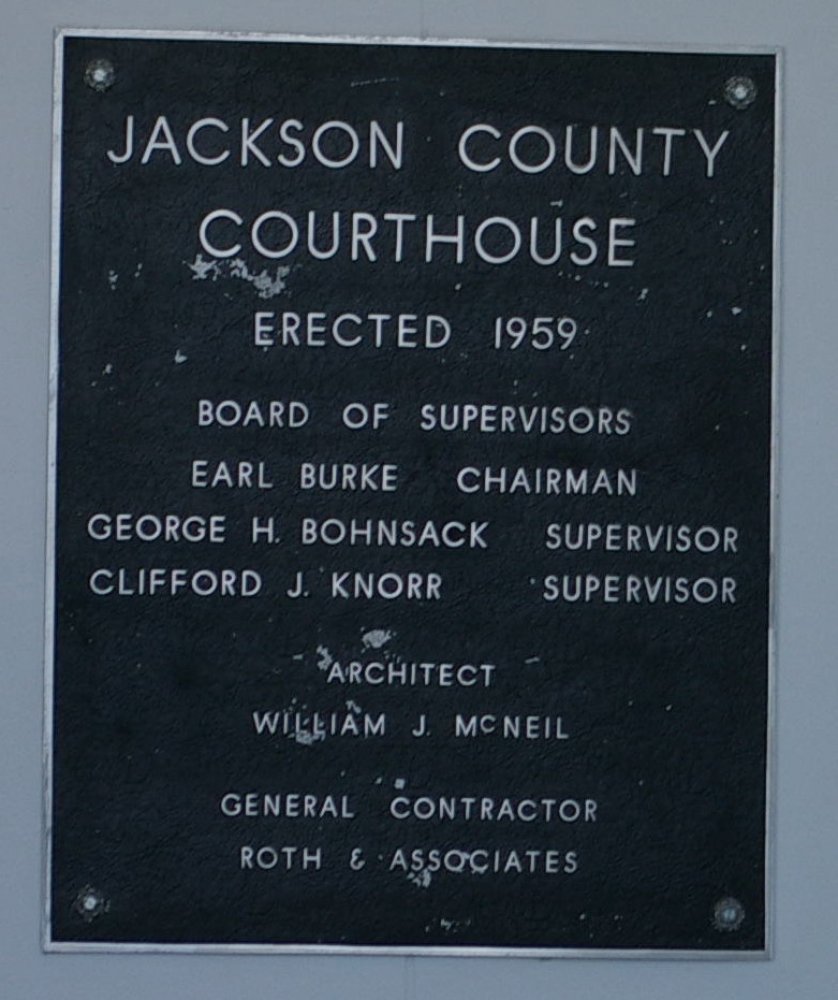 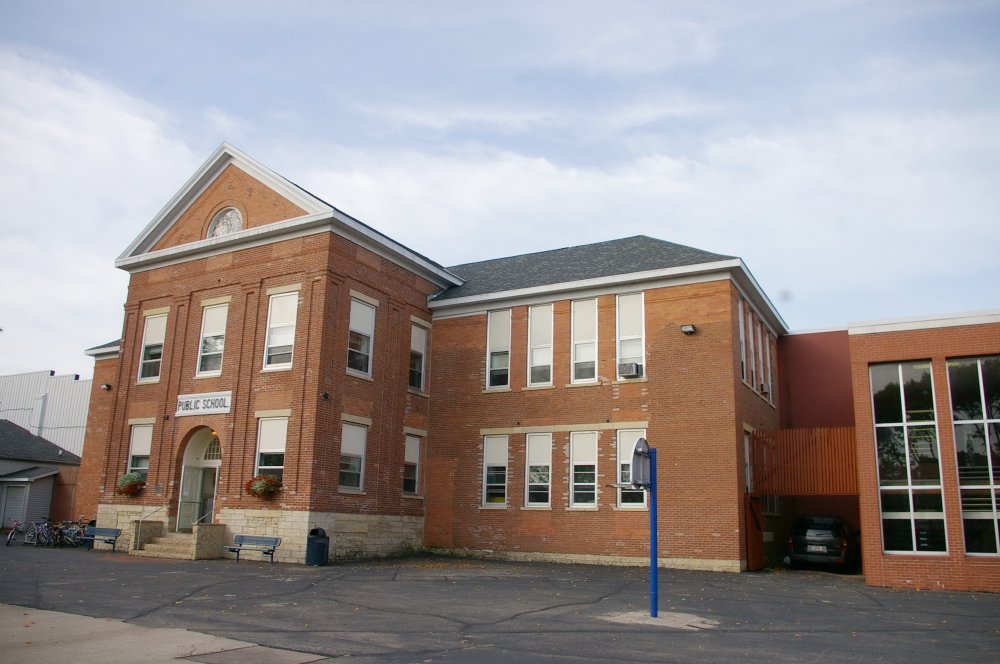 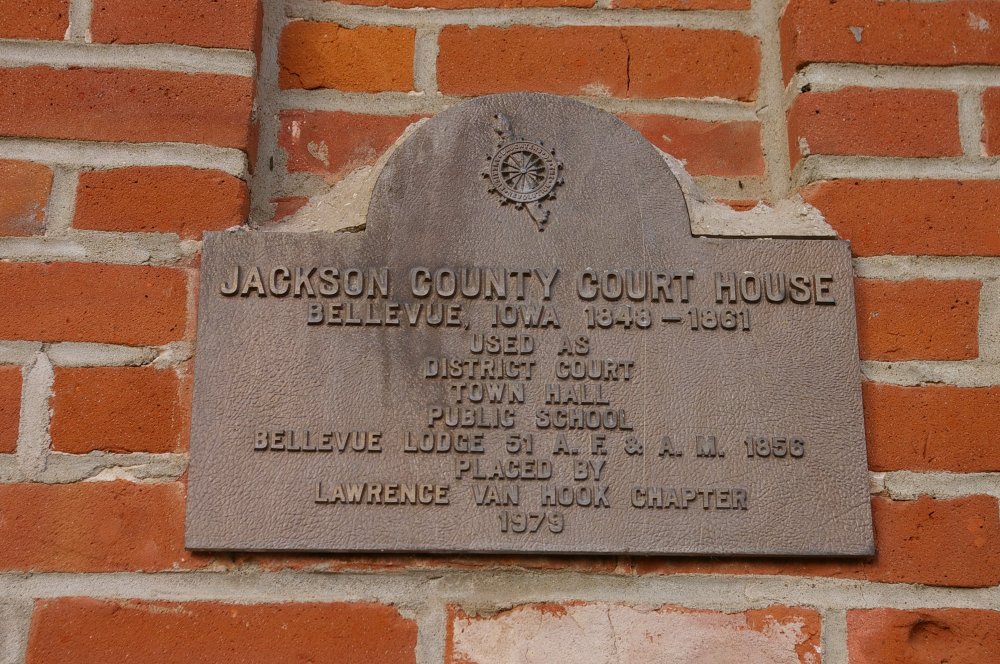