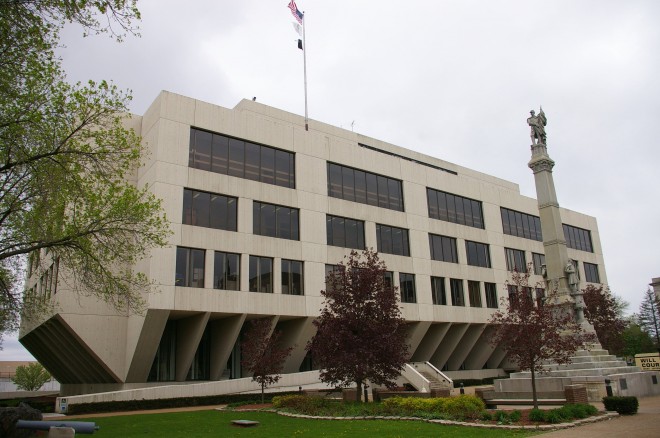 Description: The building faces north and is a four story concrete and glass structure. The building is located on landscaped grounds in the center of the city. The reinforced concrete building features first story 45 degree buttresses which support the upper stories. There is a projection from the main building on the east and west sides. The second story windows are small with larger windows on the third story and larger windows on the fourth story.

Description: The building faces north and is a ten story concrete and glass structure. The building is located in the center of the city on the north side of the old courthouse. . The building contains 38 courtrooms.  Cost of construction is $215,000,000. 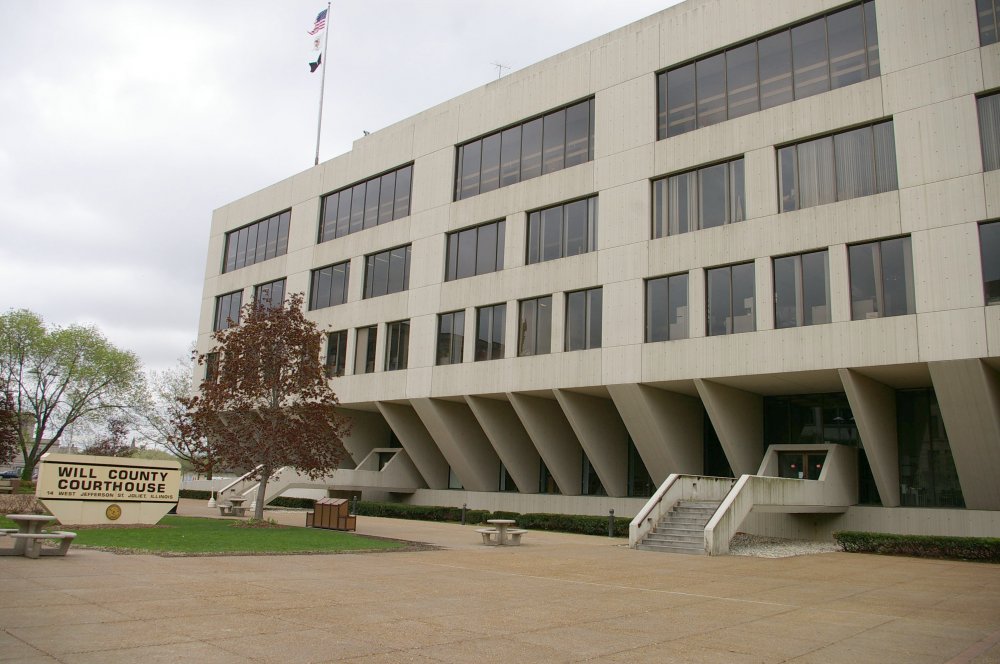 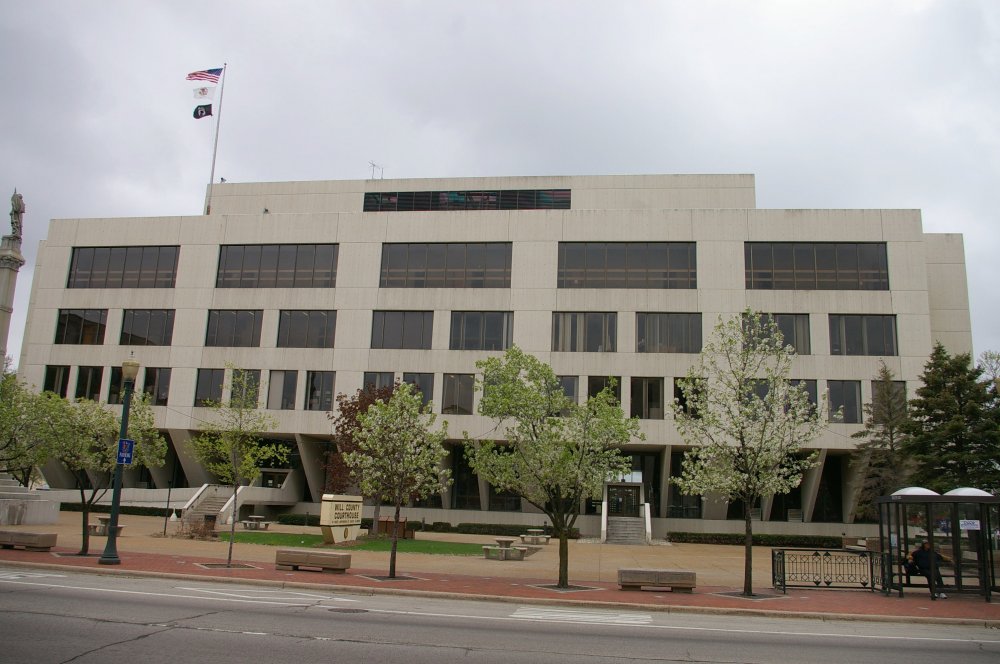 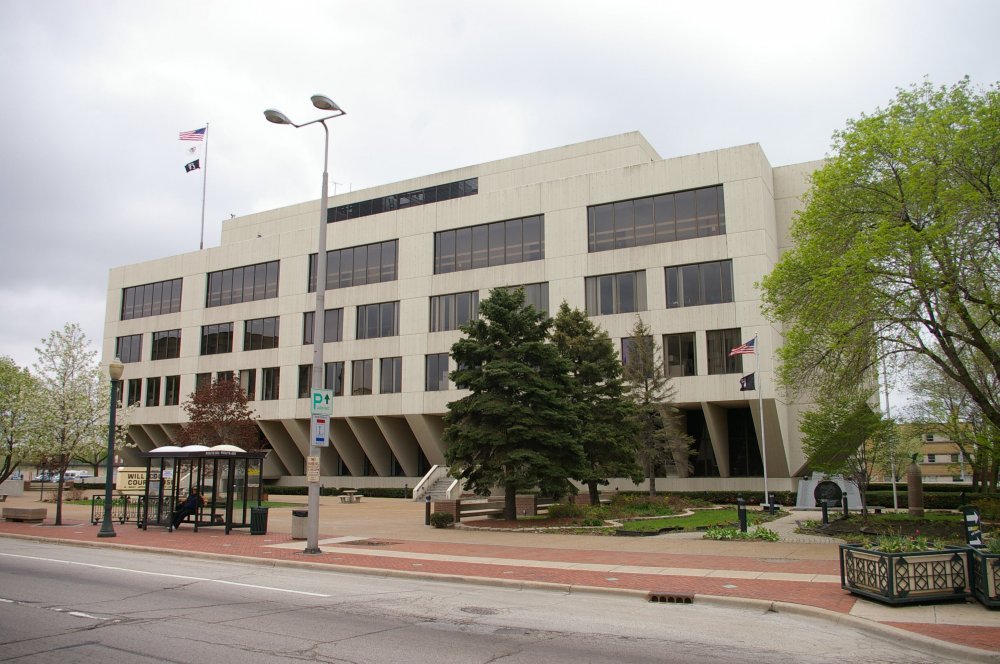 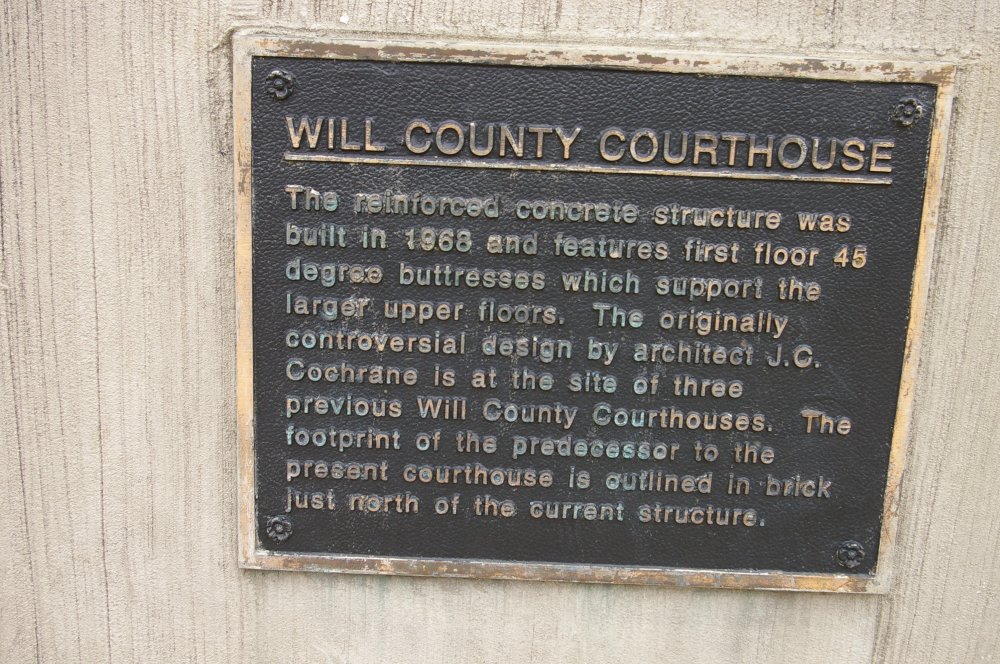