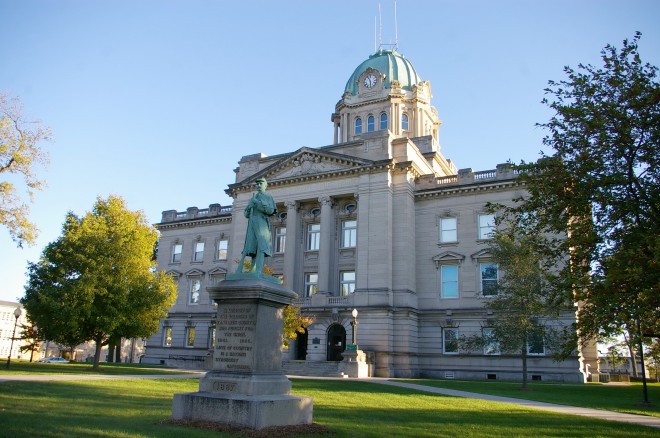 Kankakee County is named for the Potawatomi Indian tribe who lived in the area called the Kankakee River called the “Theatki” which evolved into “Kankakee”. 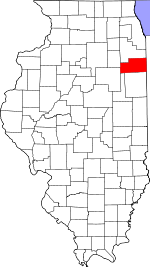 Description: The building faces north and is a three story buff colored Bedford limestone, granite and concrete structure. The building is located on spacious landscaped grounds in the center of Kankakee. The north front has a large portico with three arches on the first story entrance. Above are two large columns rising to the top of the third story with recessed windows and a pediment at the roof level. Around the roof is a stone balustrade. In the centre of the building is a large square stone dome with clock and green dome. The interior has Italian marble and stained glass windows. There is high central rotunda with hand painted murals on all four sides of the dome depicting prosperity, history, discovery and progress. There is one large leaded light fixture that hangs over the staircase landing going up to the third story. The courtroom is located on the third story. The building houses the County Circuit Court of the 21st Judicial Circuit.  The supervising engineer was Robert T Malcomb and the superintendent was Arthur Soupart. The building was renovated in 1980. The architect was Turner-Witt. 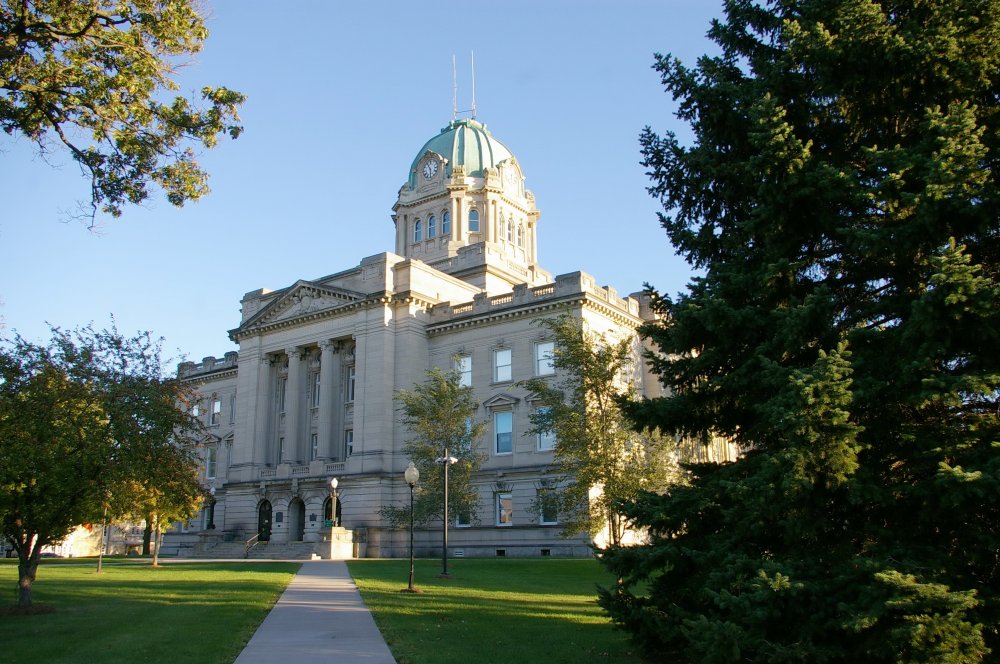 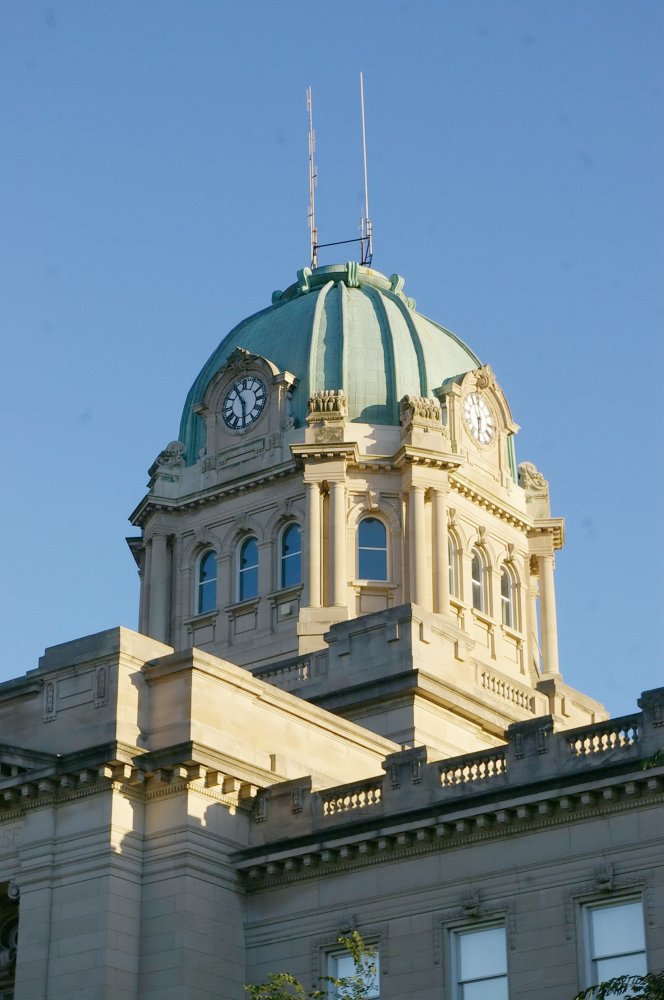 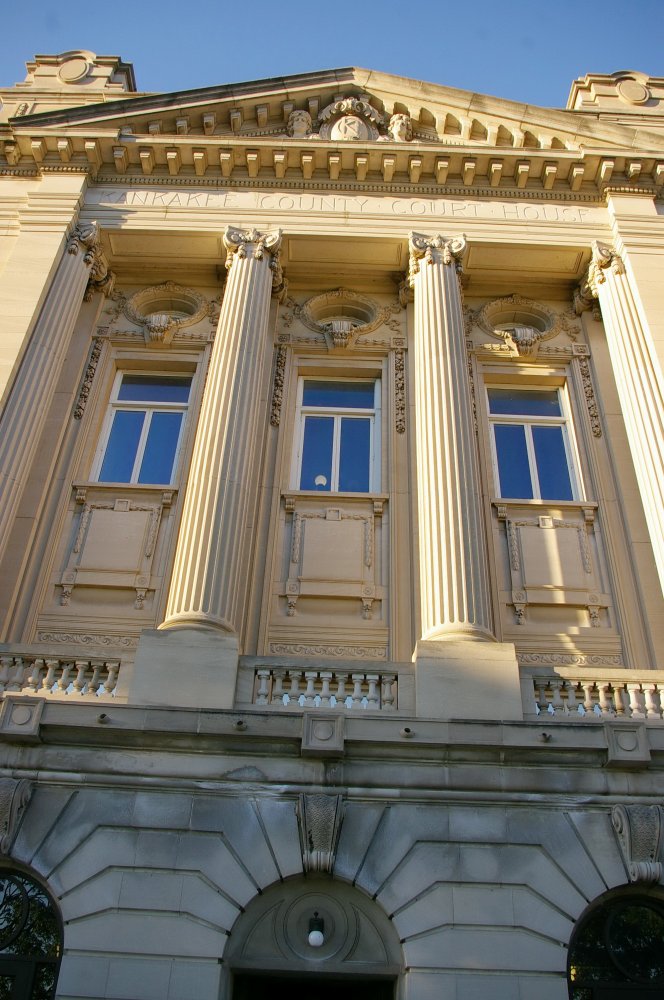 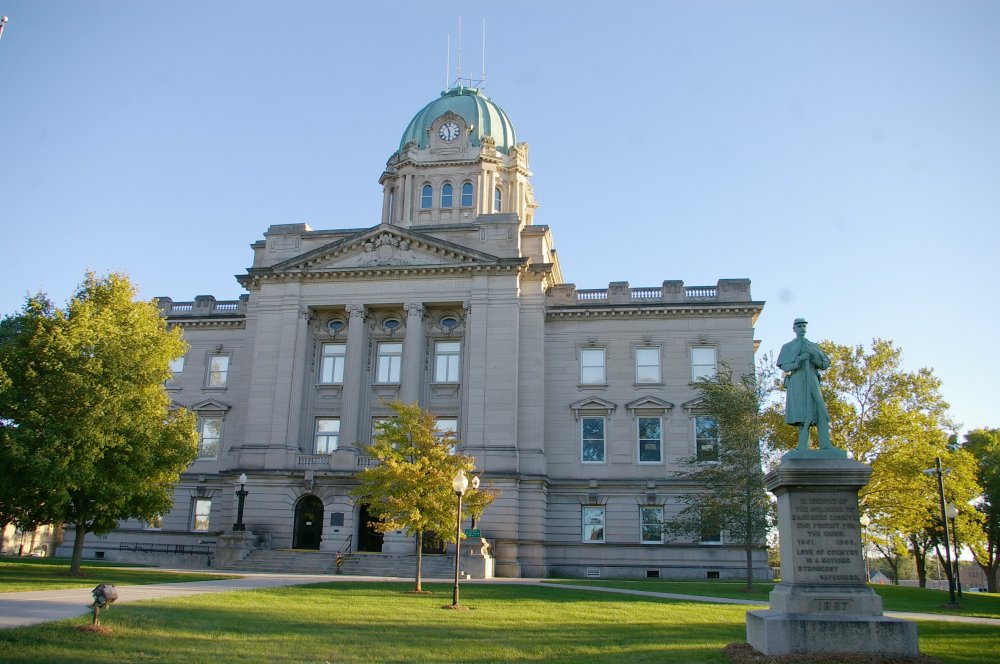 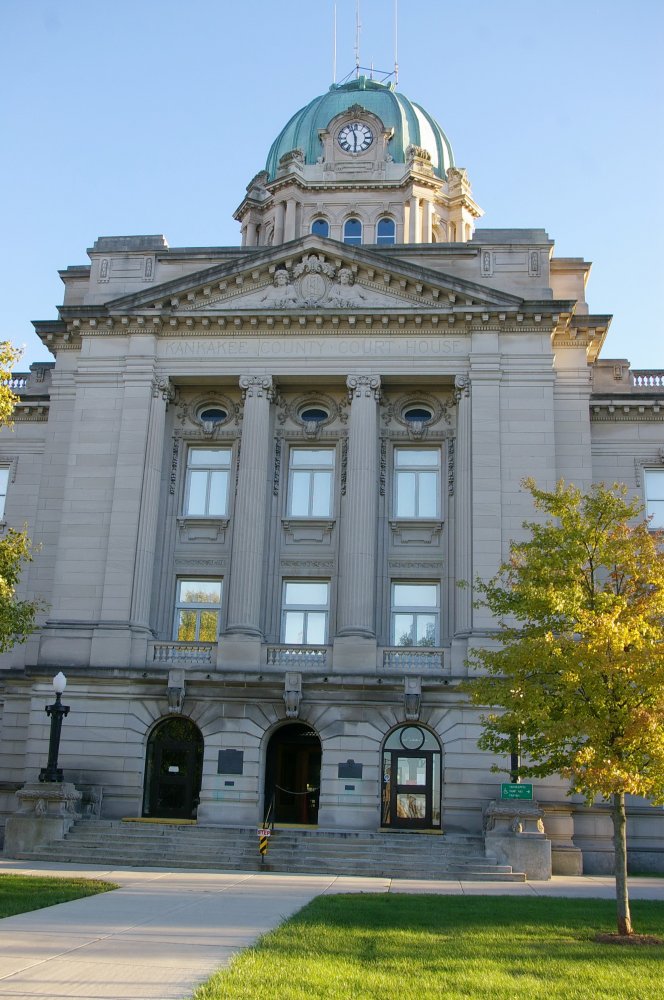 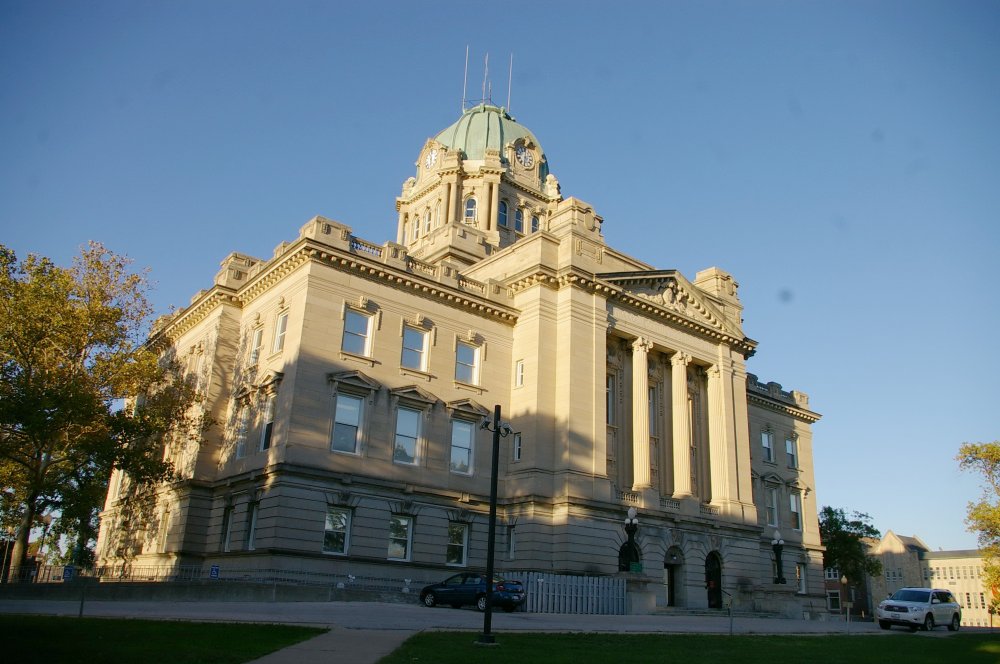 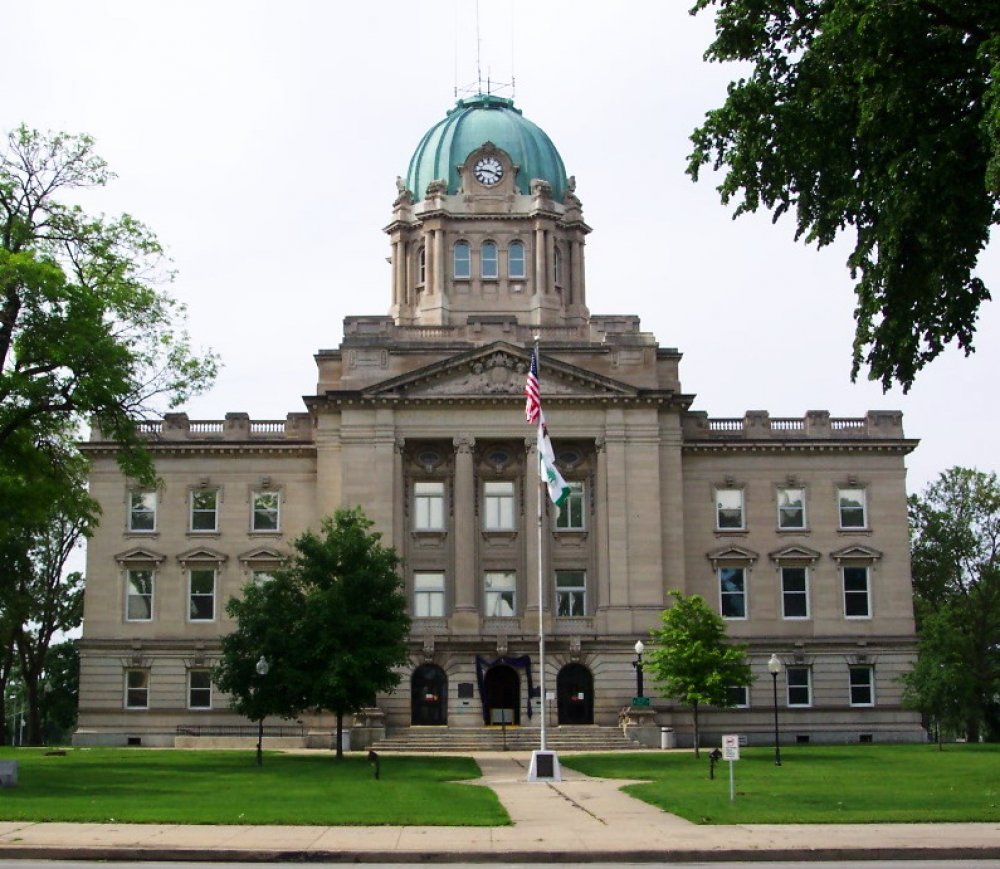 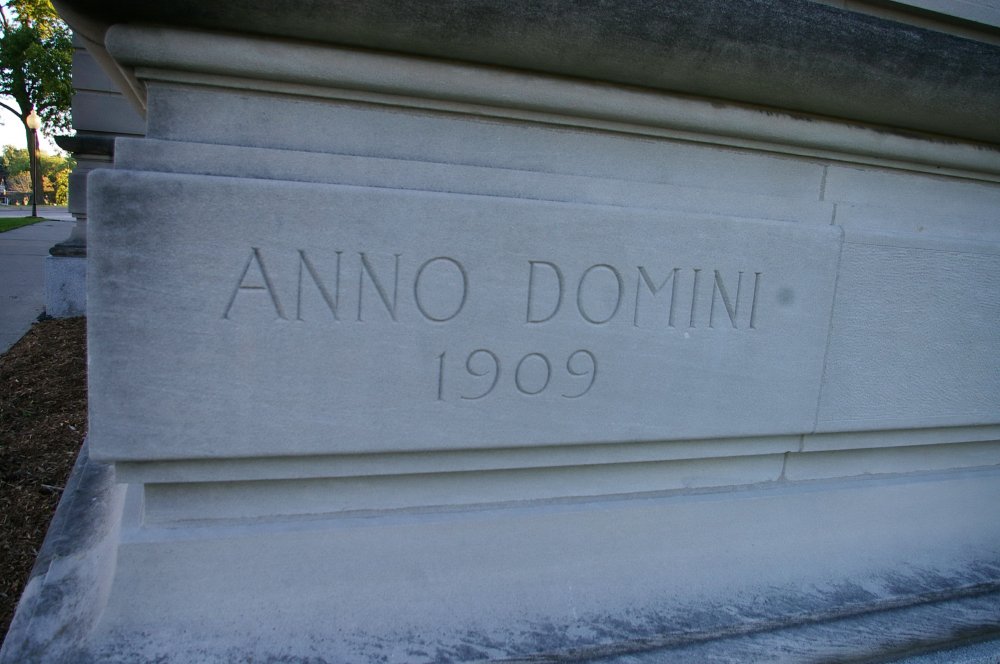