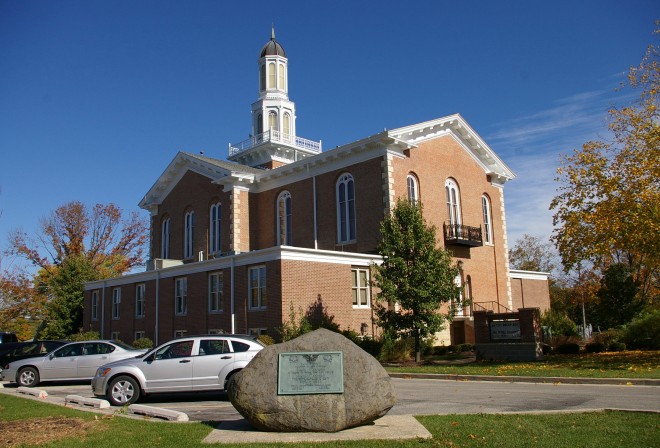 Kendall County is named for Amos Kendall, who was the Post Master General under President Jackson and partner of S B Morse, the inventor of the telegraph. 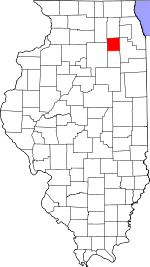 Description: The building faces north and is a two story colonial buff colored brick structure. The building is located on landscaped grounds on a rise overlooking the Fox River. The second story has long windows and at the north front, the east and west sections extend from the main building. One story additions are joined on the east and west sides. A small balcony on the second story is located on the north front and south side. On the roof is a high narrow cupola with black dome roof. The building was remodeled in 1872 and 1877. The building burned on March 25, 1887 and was rebuilt the same year. The architect was Henry Hebbard of Chicago and the contractor was Charles Sunberg and Company of Chicago. The building burned for a second time in 1901. In 1920, the dome was removed. Wings were added to the building in 1958. The architect was Robert H Shelp and the contractor was Ira Perkins Builders. The building was remodeled in 2000 to 2001. The architect was Michael Dixon of Durrant Group. 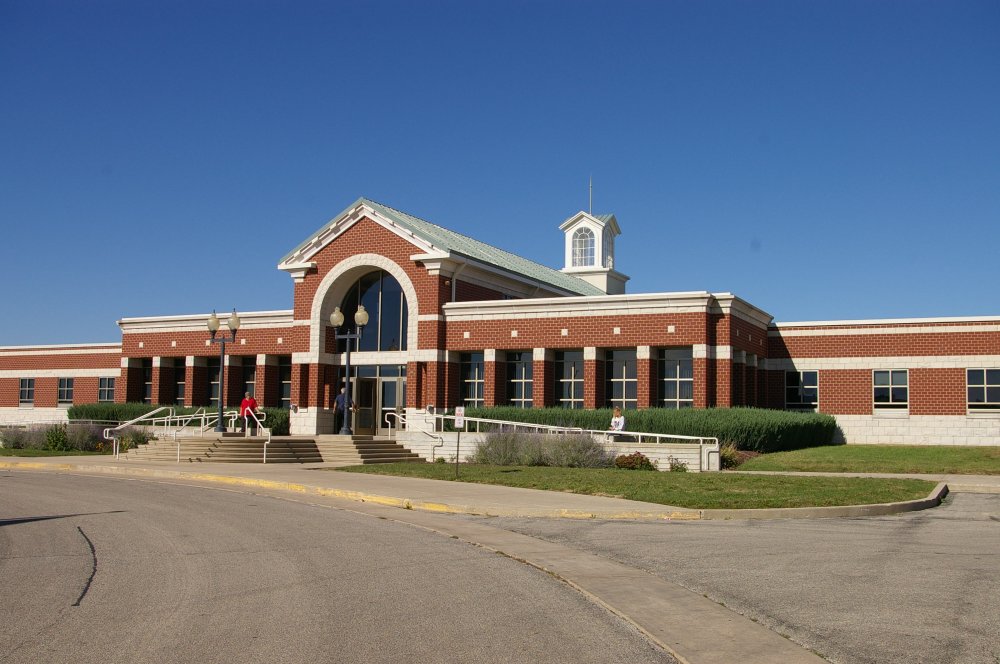 Description: The building faces south and is a one story concrete, brick and glass structure. The building is constructed of red colored brick with horizontal white colored stone bands along the base, along the top of the windows and along the roof line. The center section protrudes from the main building and has high windows with the center section being a two story peaked section with a large glassed arch above the entrance doors. On the roof is a square white colored cupola with glass windows. The building houses the County Circuit Court of the 16th Judicial Circuit. 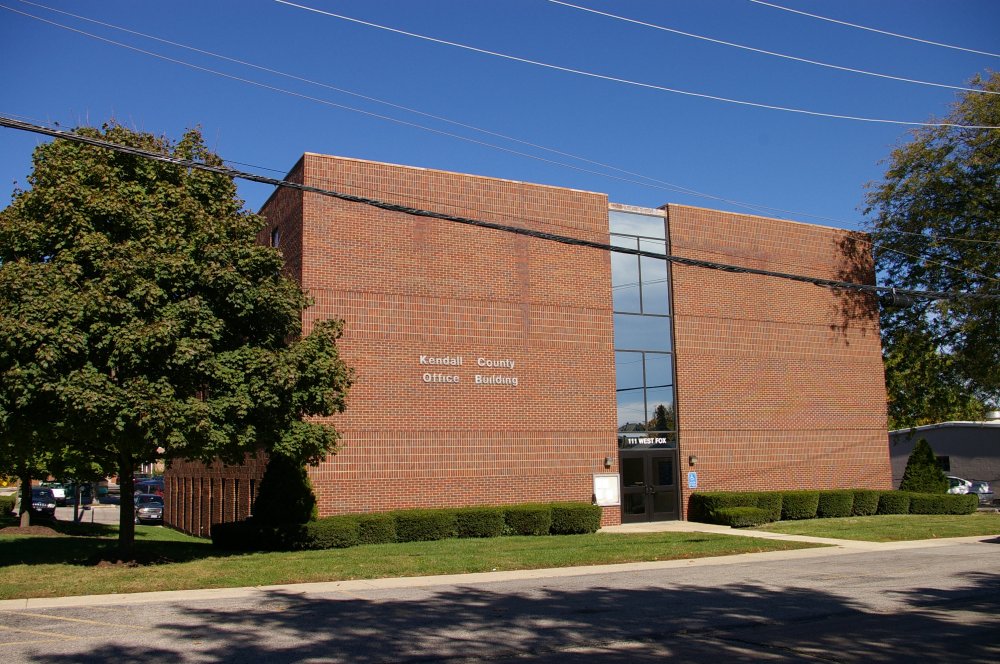 Description: The building faces south and is a two story red colored brick structure. The roof line is flat. 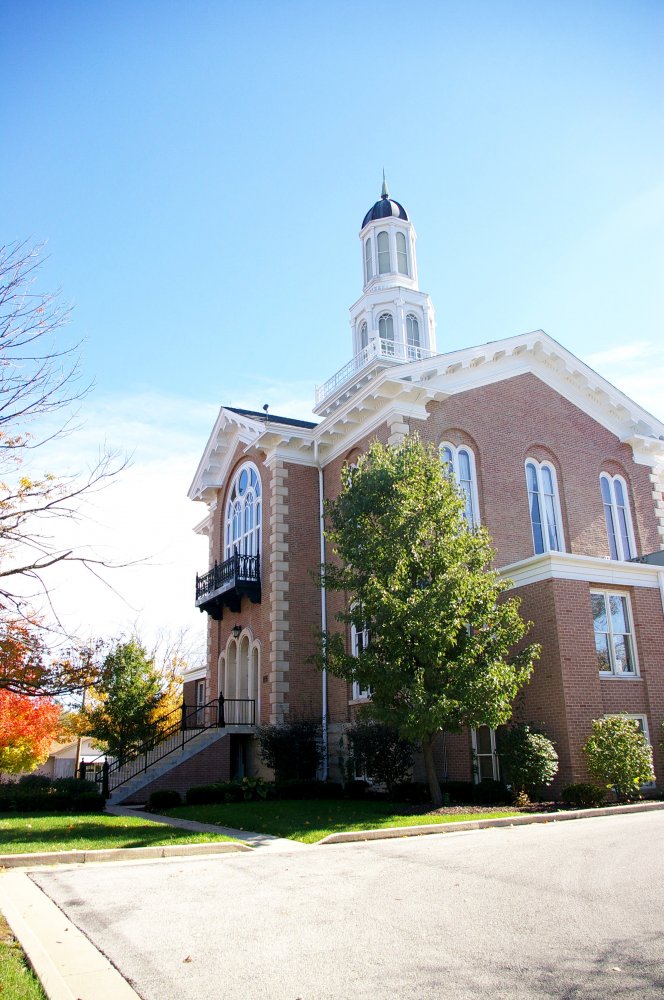 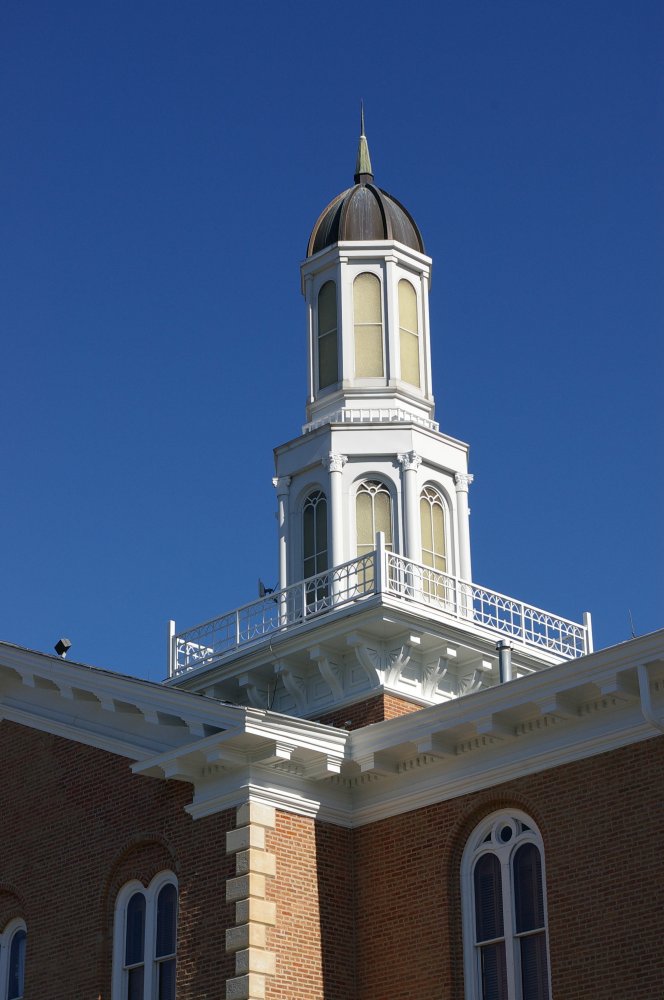 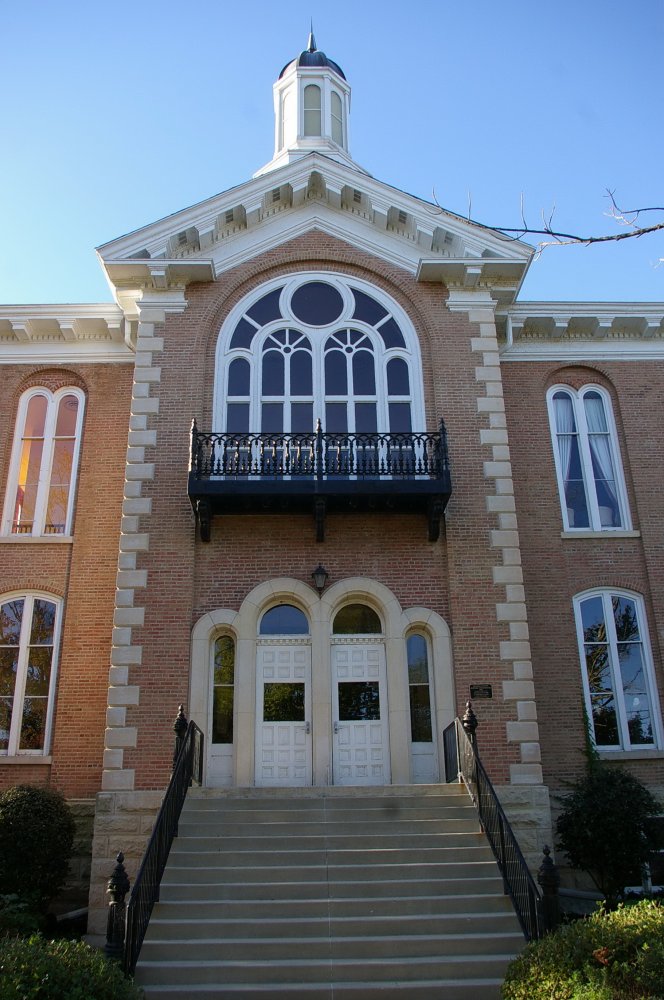 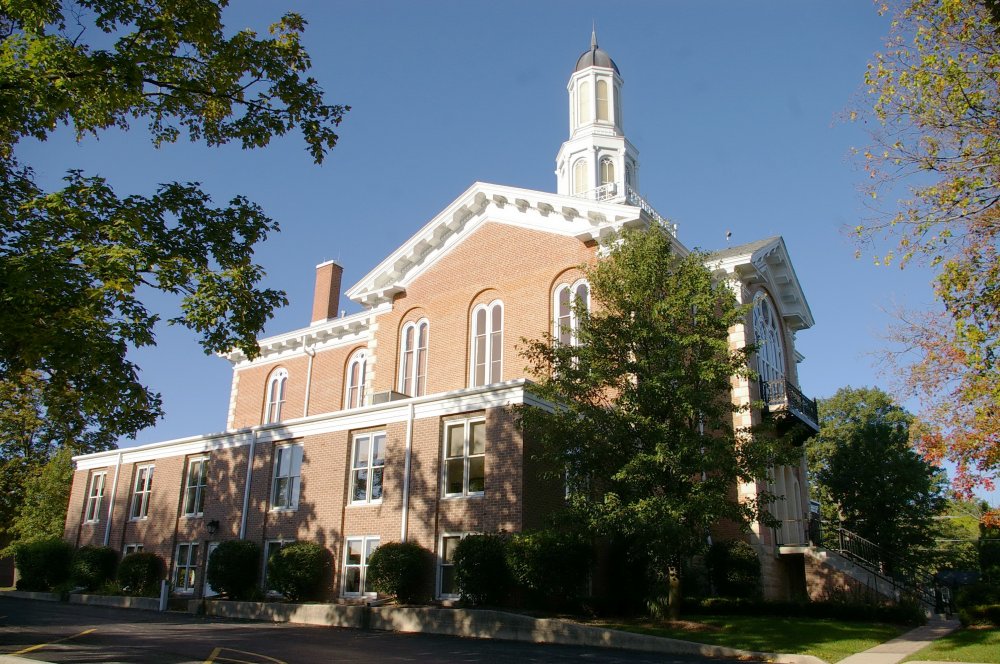 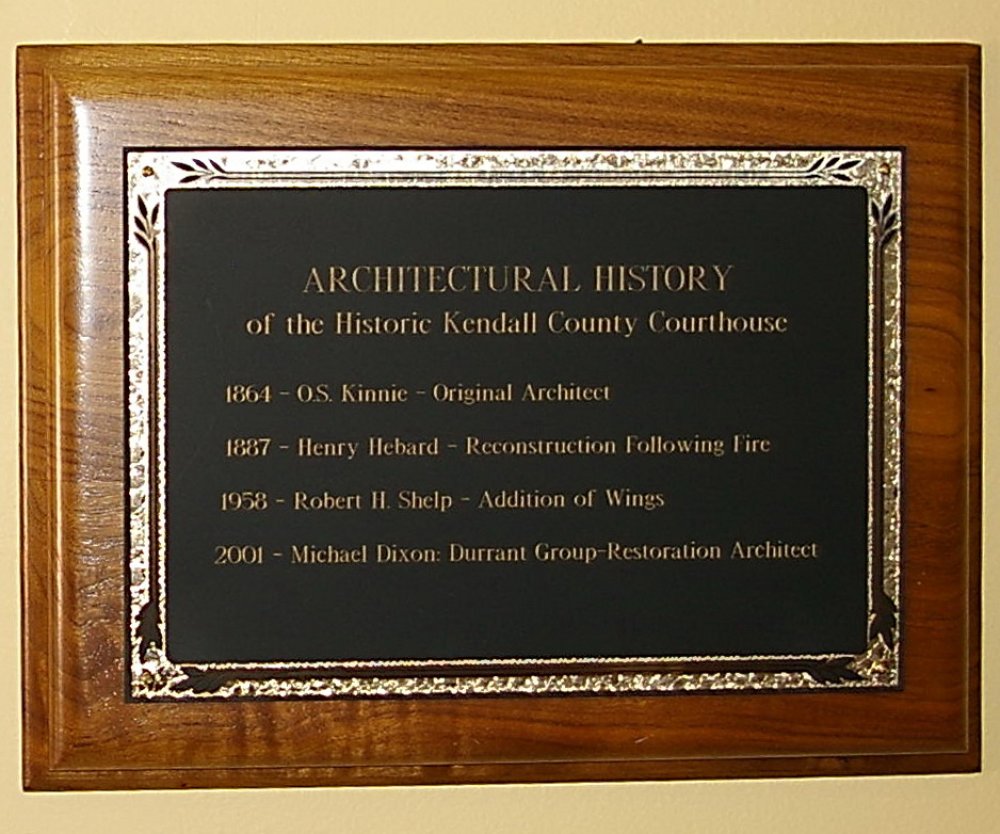 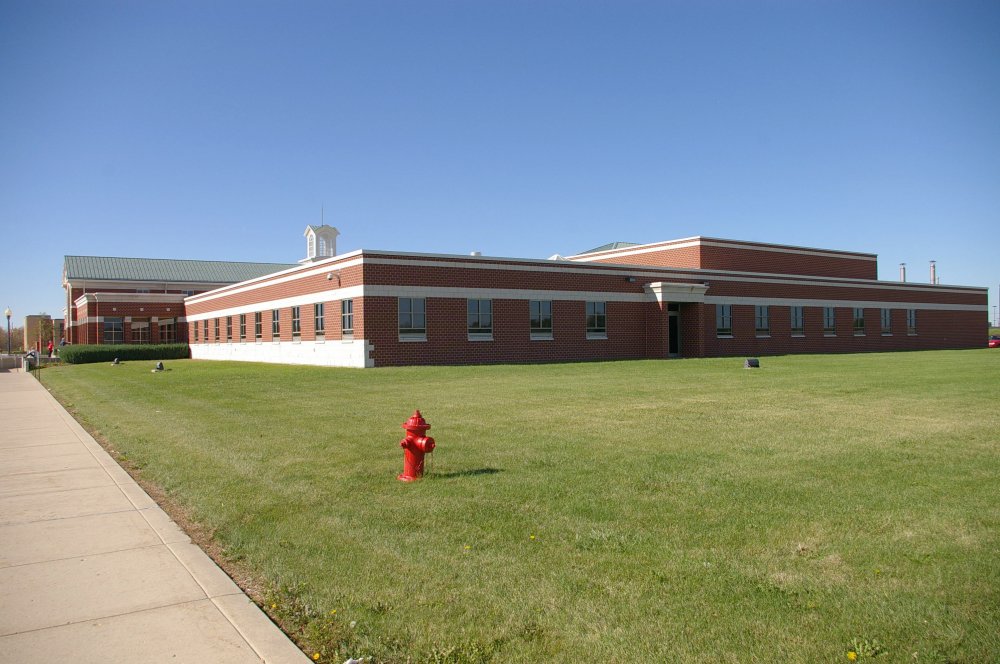 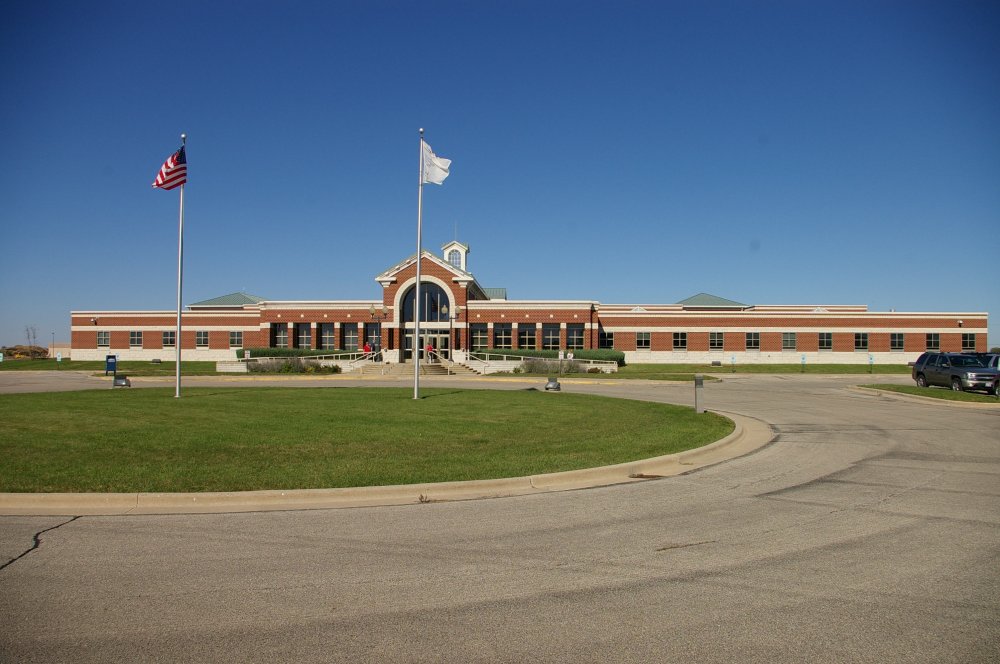 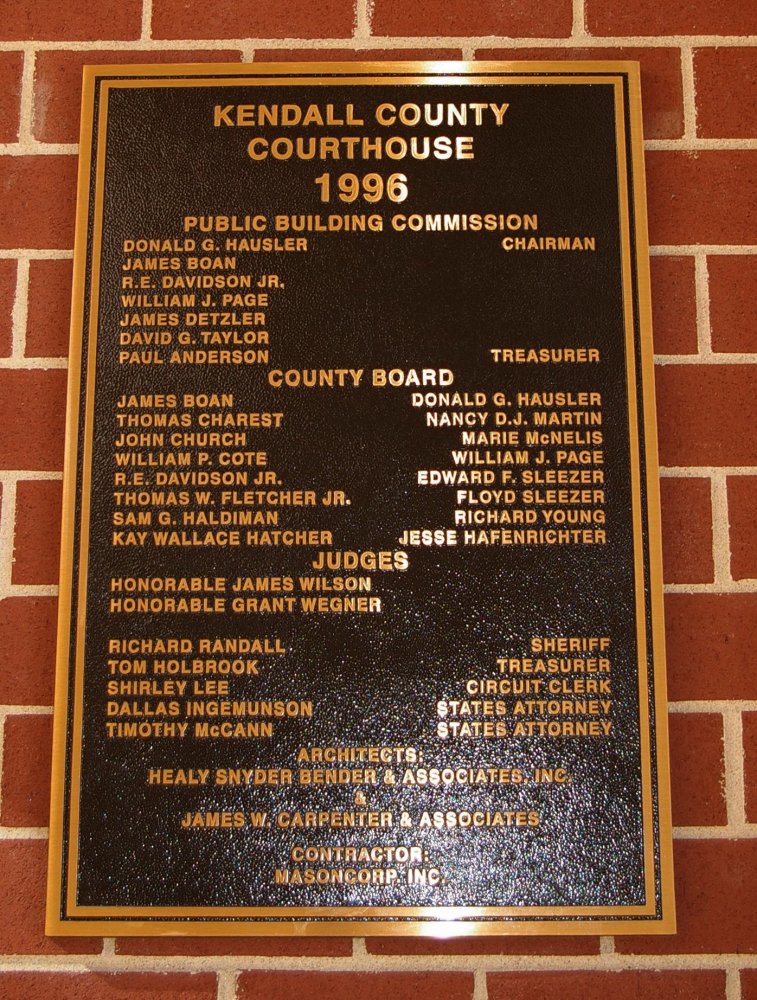