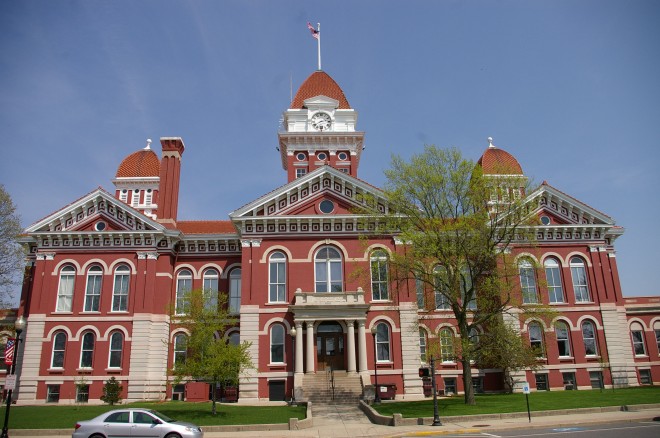 Lake County is named for Lake Michigan which it  borders on the north.

Description:  The building faces west and is a two story red colored brick and stone structure. The west front has a small portico supported by four columns with balcony above. On the center of the roof is a high square brick clock tower with red colored roof. In 1907 the north and south towers were added with the architects being Beers and Beers of Chicago. A further addition was added in 1928. The building houses a museum. 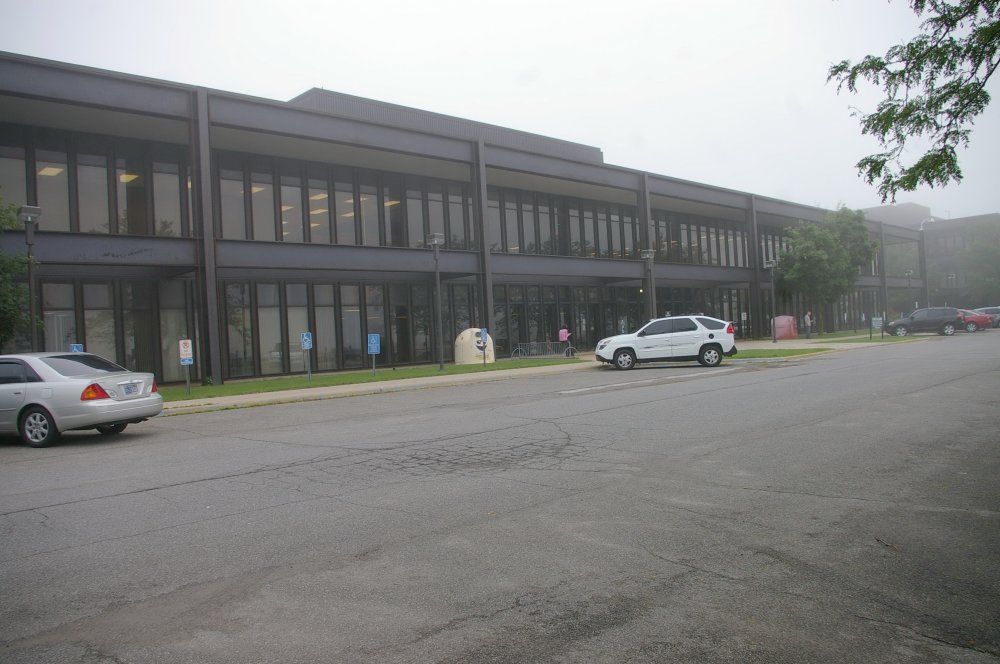 Description:  The building faces south and is a two story iron framed, glass and concrete structure. The south front has Iron girders running vertically and horizontally with recessed vertical glass windows. The roof line is flat. The building houses the County Circuit Court and the County Superior Court of the 1st Judicial District. The building is connected on the northeast corner to the County Administration which is along the east side. Spaciouis grounds surround the complex. Description:  The building faces east and is a three story iron framed, glass and concrete structure. The east front has a central entrance with large two story foyer. The roof line is flat. The building is connected at the northwest corner to the County Courthouseis which is along the west side. Spaciouis grounds surround the complex. 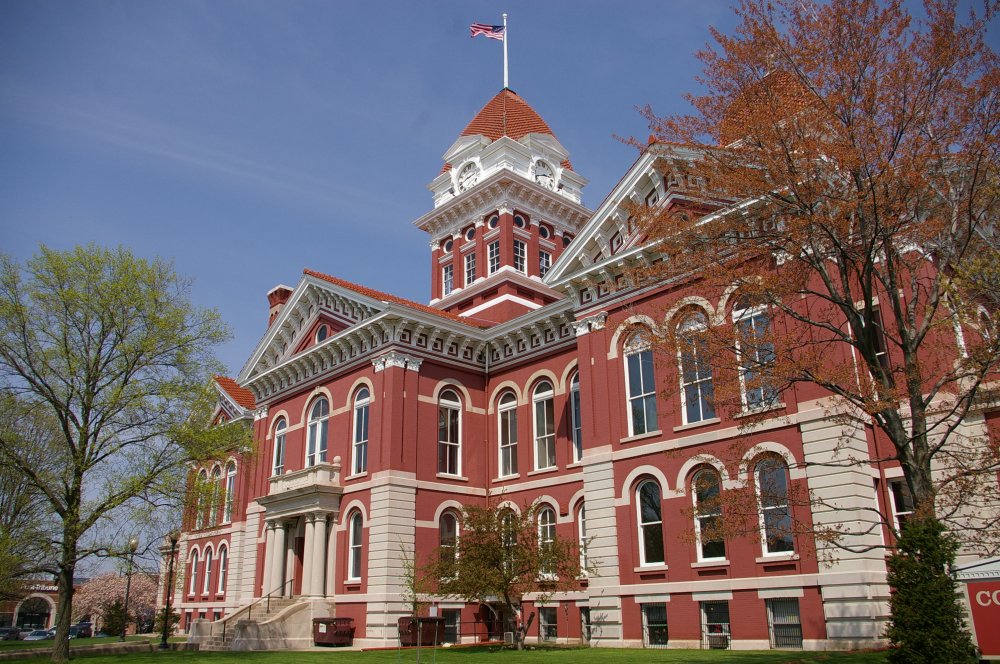