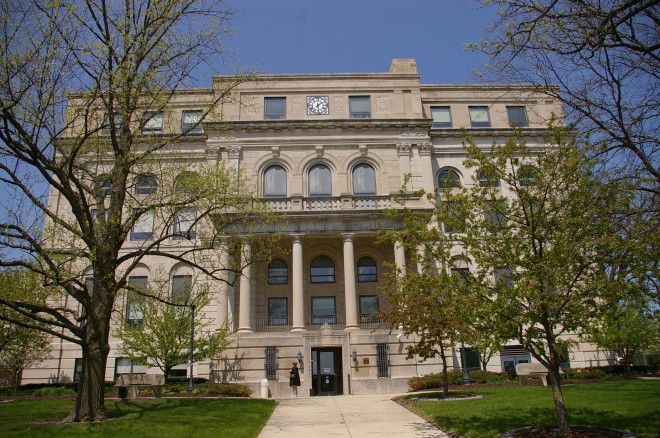 Porter County is named for David Porter, who was a Commodore during the War of 1812.

Description:  The building faces north and is a three story light colored stone structure. The rectangular shaped building is located on the landscaped grounds of the Public Square in the center of Valparaiso. The north and south sides have porticos supported by six columns with an iron balustrade balcony at the second story. The third story is recessed with a clock in the center. The base is darker colored stone. The building used to have a stone tower. The roof line is flat. In the interior, the courtroom is located on the second story. The building houses the County Circuit Court and the County Superior Court of the 2nd Judicial District. The building was remodeled from 1934 to 1937 after a fire in 1934. The architect was Walter Scholar. The building was renovated in 2018 to 2020. The contractors were Gariup Construction of Gary and J W Weintz and Son of South Bend. 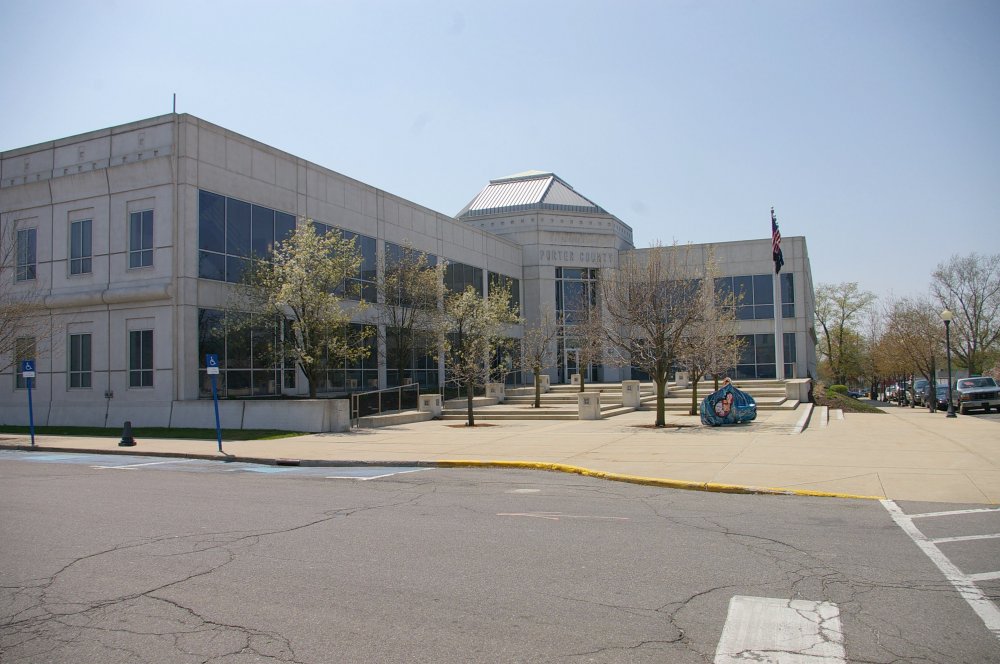 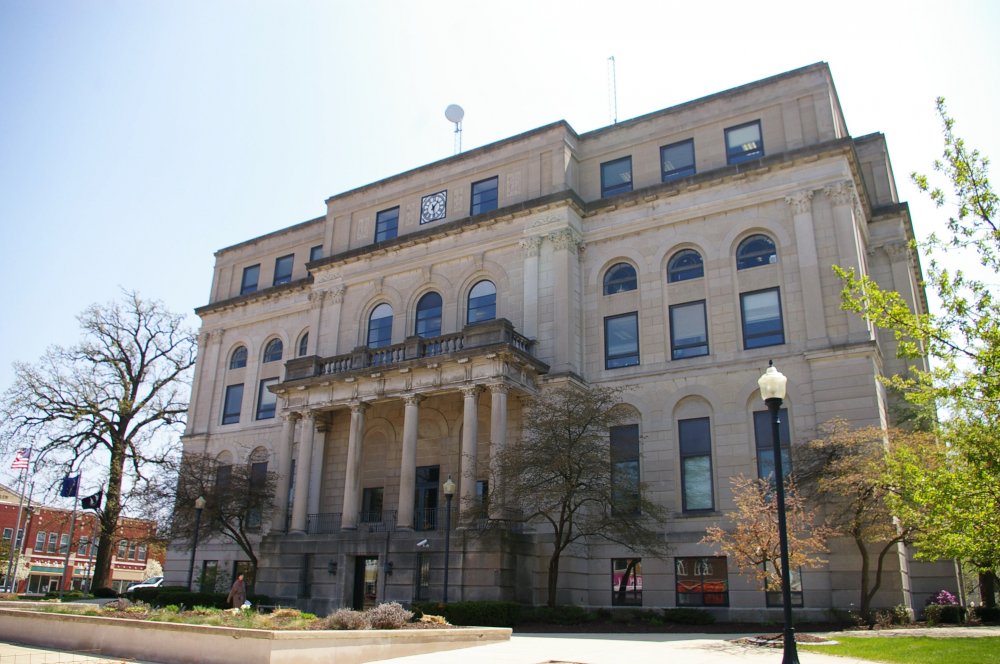 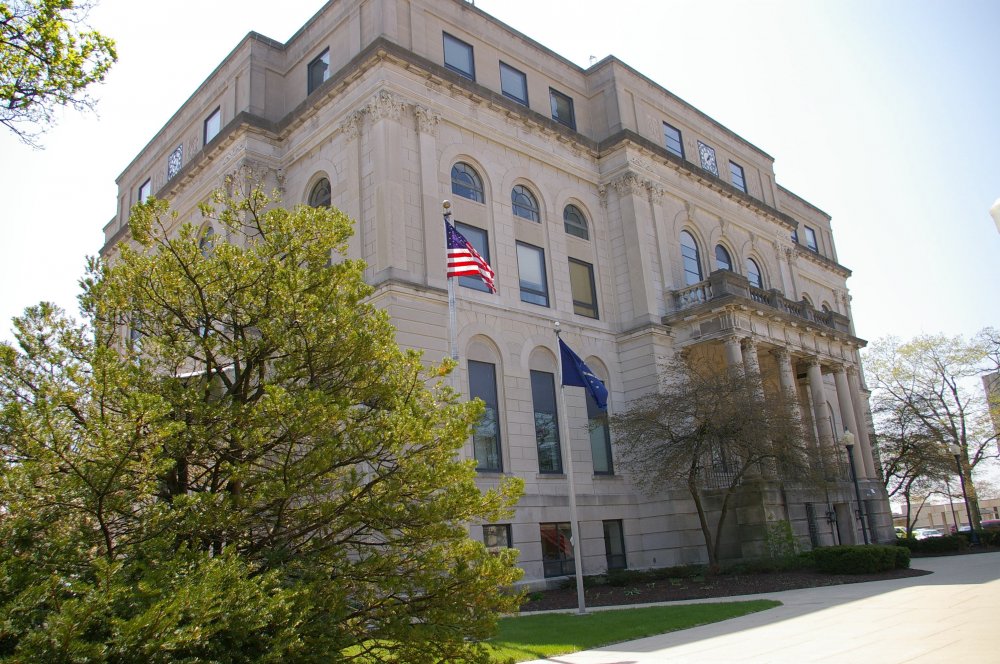 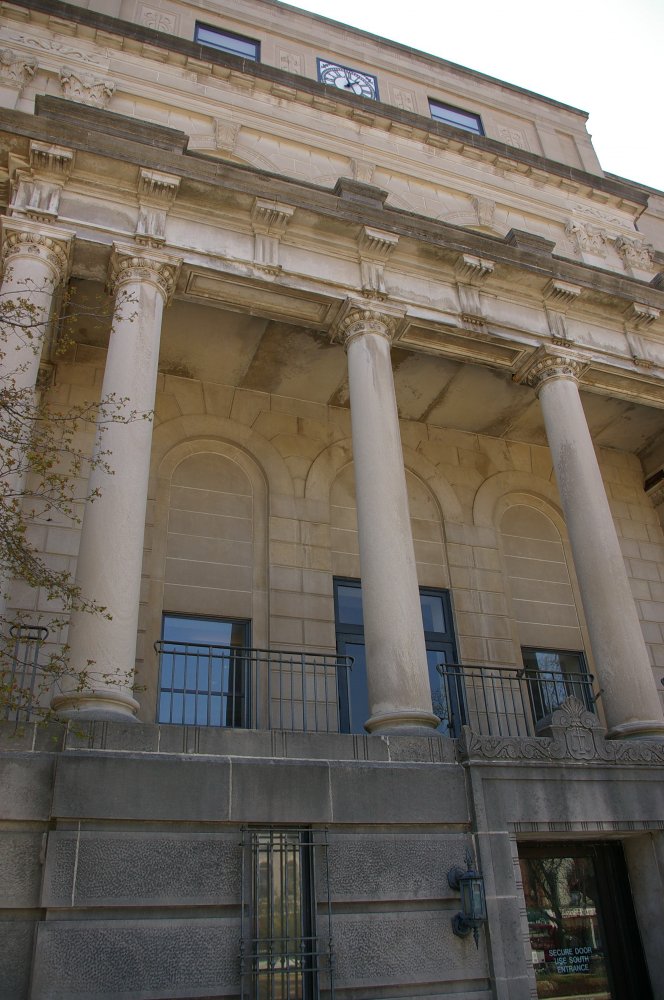 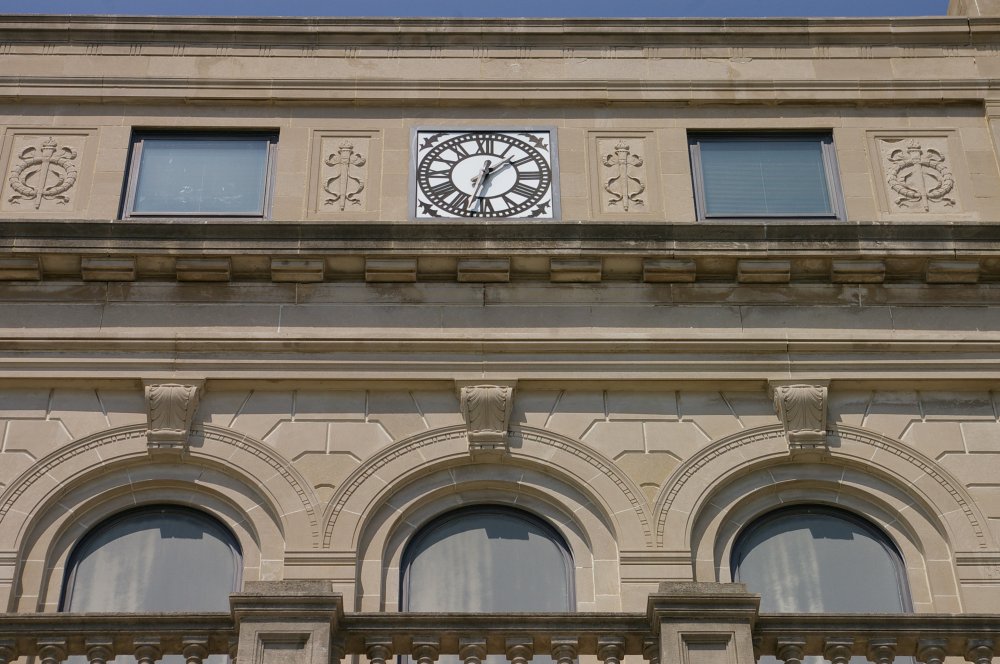 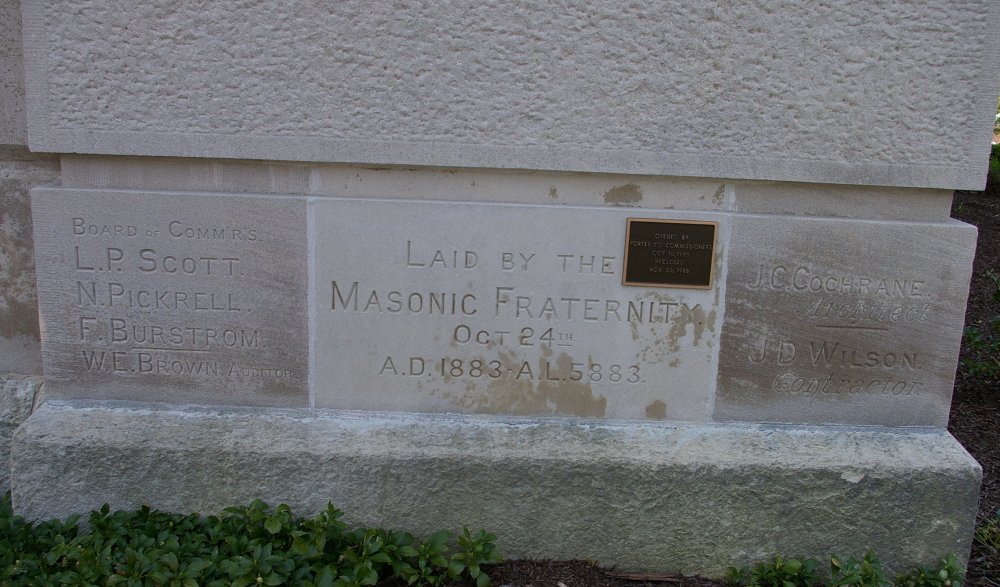 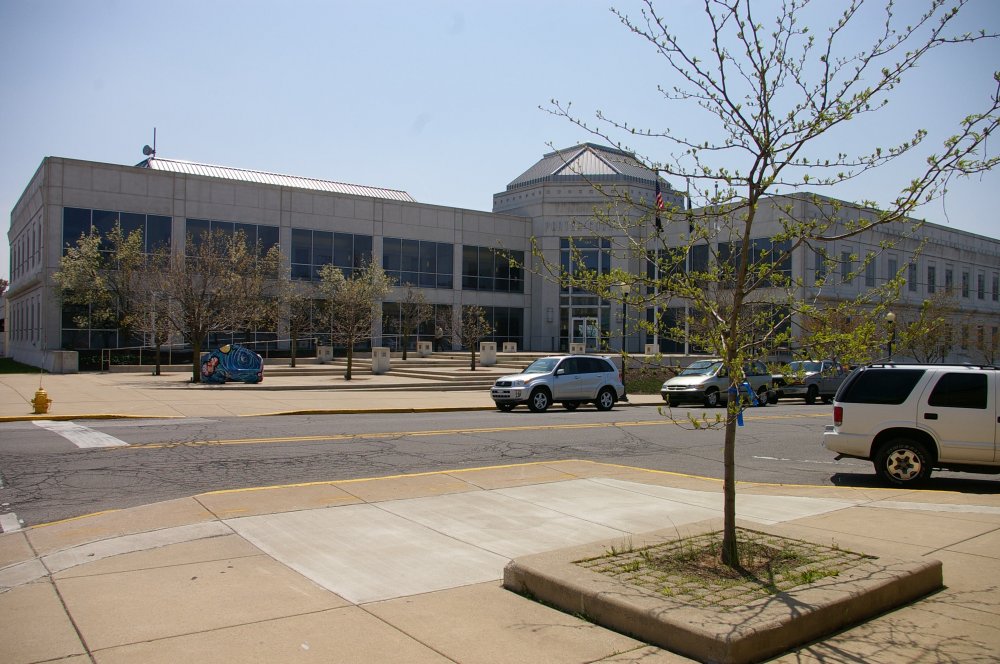 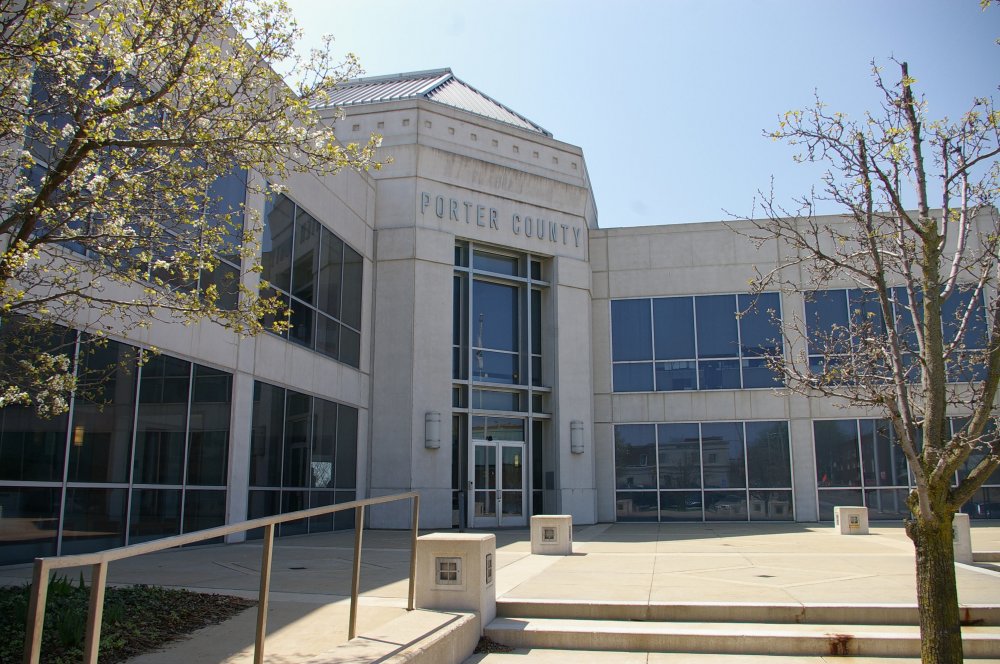 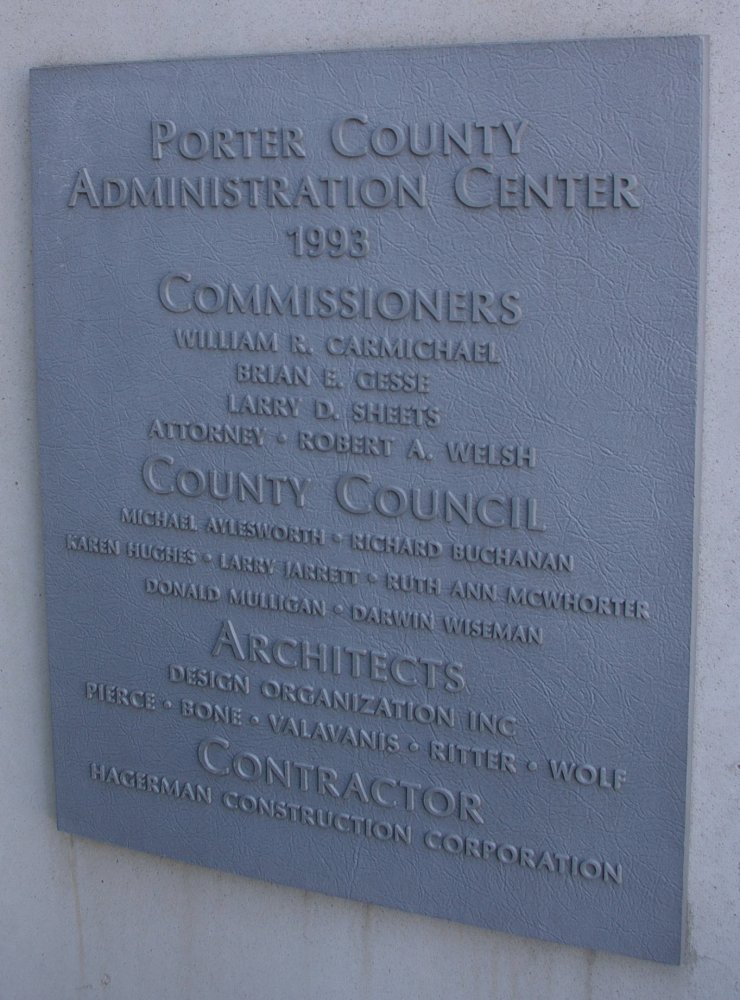