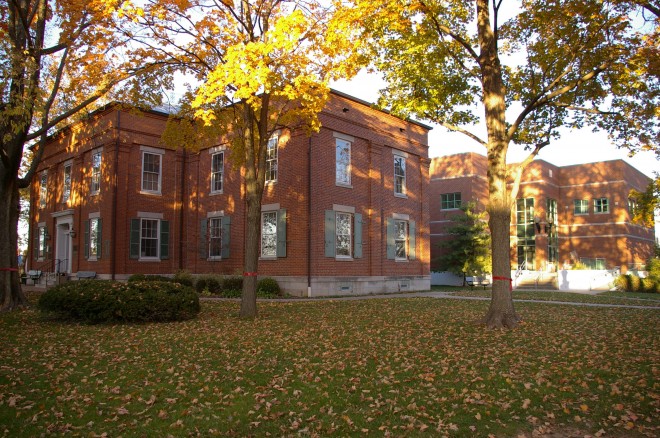 Monroe County is named for James Monroe, who became the fifth President of the United States from 1817 to 1825. 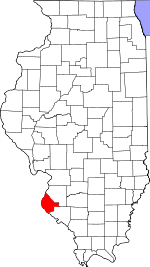 Description: The building faces west and is a two story red colored brick structure. The building is located on spacious landscaped grounds in the center of Waterloo. The original west section has white colored wood trim around the west entrance. The windows have stone headers and the base of the building is a light colored stone. The roof is hipped. In 1906 to 1907 north and south wings were added. On the east side a modern three story addition was constructed in 1994 to 1995. The addition forms a square shape and is attached to the courthouse on the west side, The roof line is flat. The architect was EWR Associates, Inc. of Belleville and the contractor was Turner Construction Corporation of St. Louis, Missouri.

History:  The county was created in 1816 and Harrisonville was selected as the county seat. In 1816, a jail was erected. The county seat was moved to Waterloo in 1825 and the first courthouse was designed by J Milton Moore and built in 1831 to 1834. The land was donated by Enoch Moore. The second and present courthouse was constructed in 1851 to 1853. 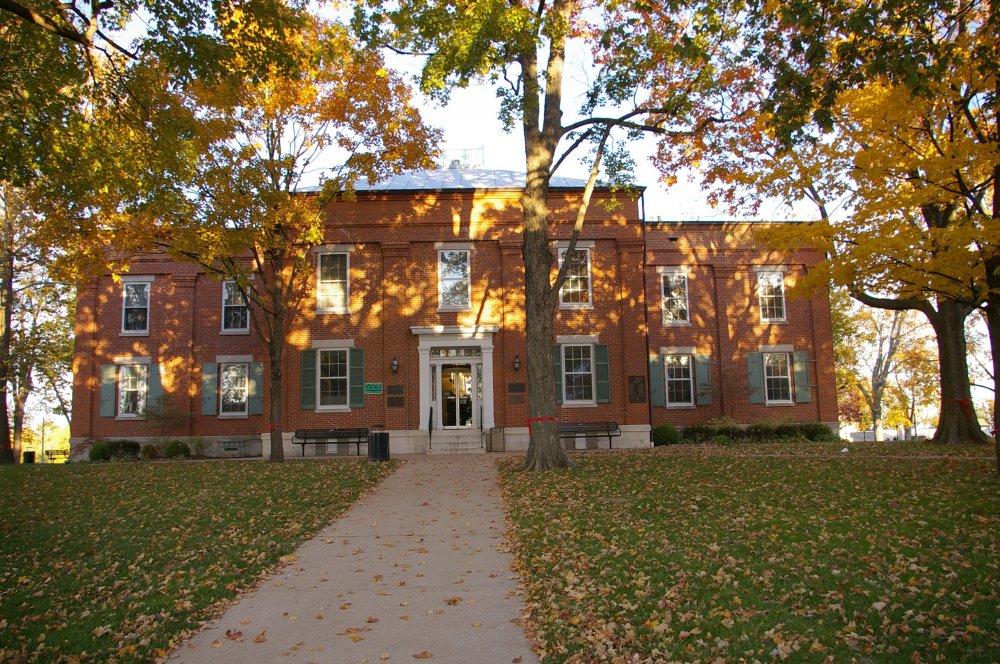 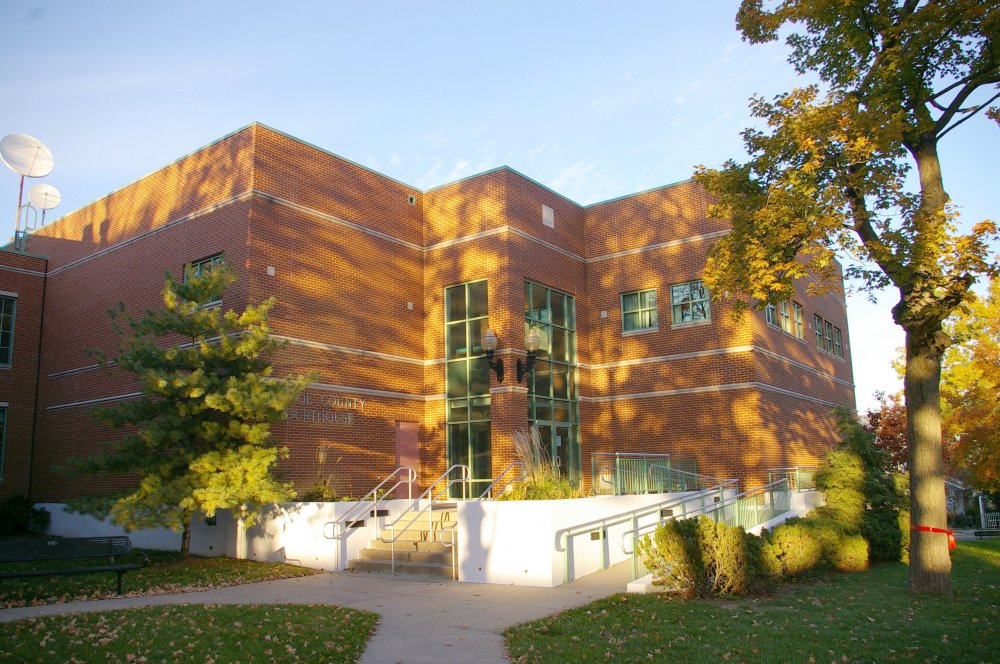 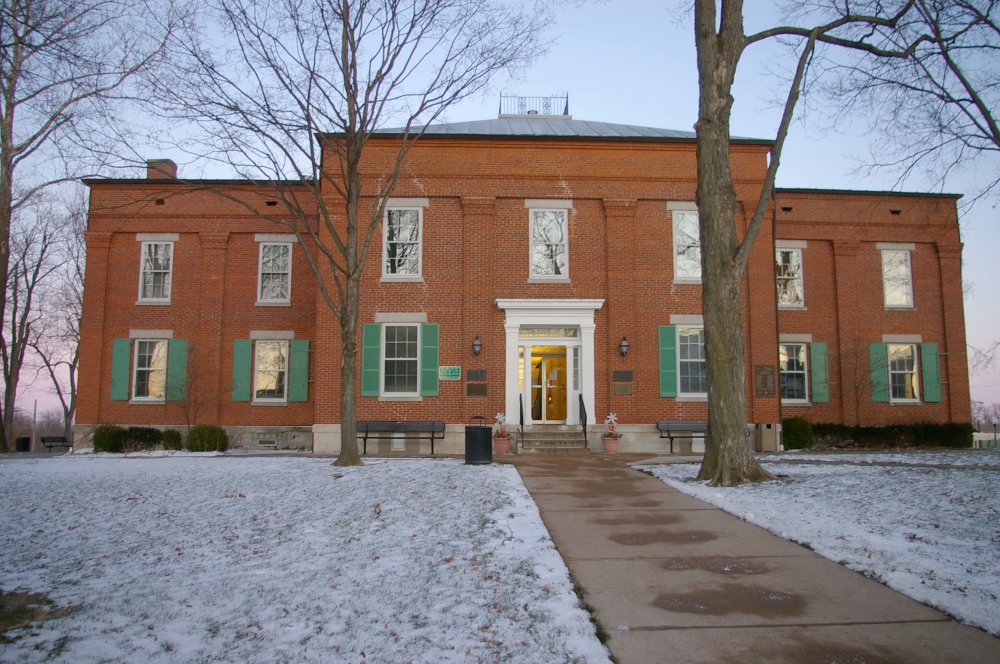