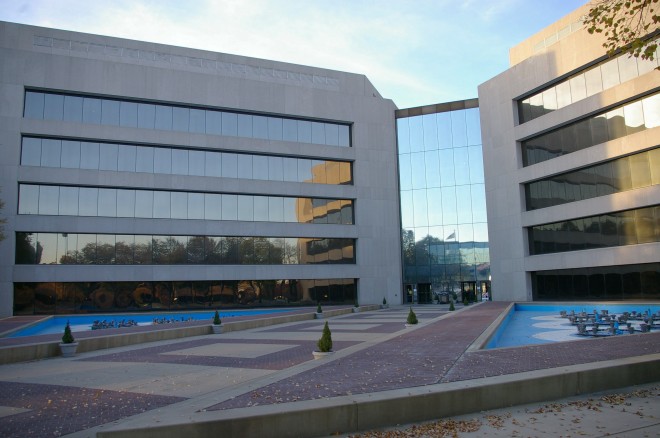 St. Clair County is named for Arthur St. Clair, who was a general and Commander in Chief of the United States Army after the American Revolution, and was Governor of the territory northwest of Ohio. 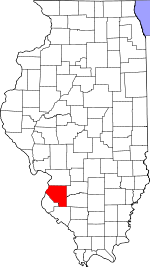 Description: The building faces north and is a six story buff concrete and glass structure. The building is located on landscaped grounds in the center of Belleville. The complex has a south building and a west building connected by a glass center section in the southwest corner. The windows of each building are horizontal on each story. The roof line is flat. In the northeast corner is a public square with two reflecting ponds with fountains. 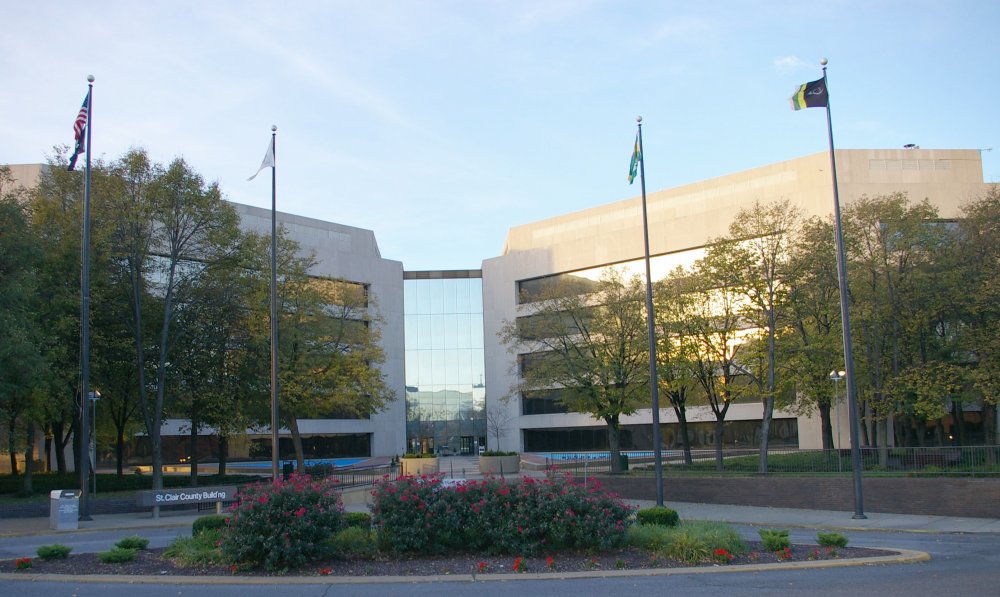 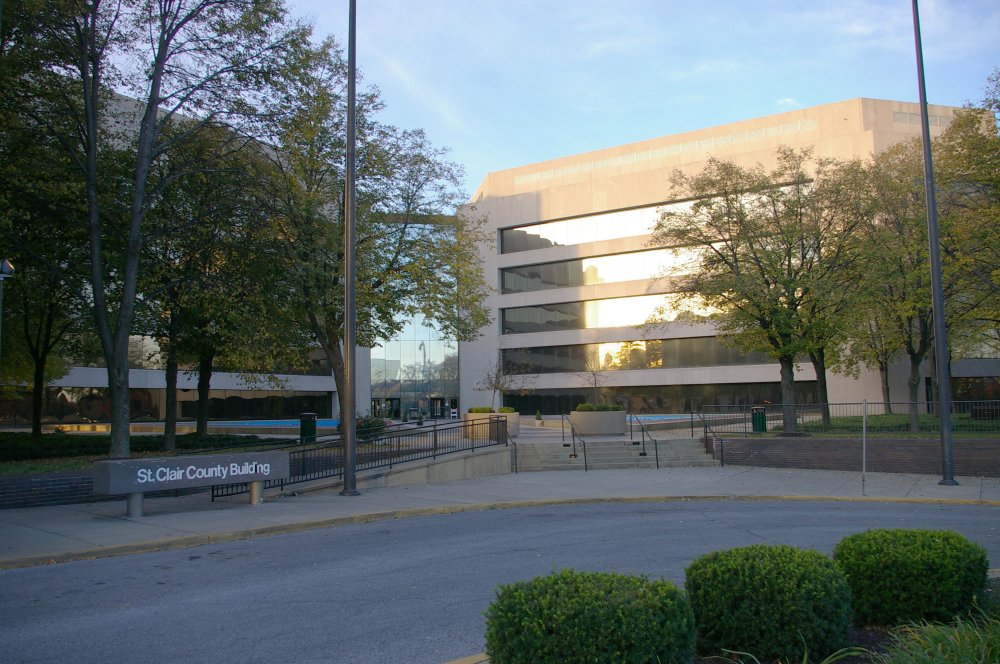 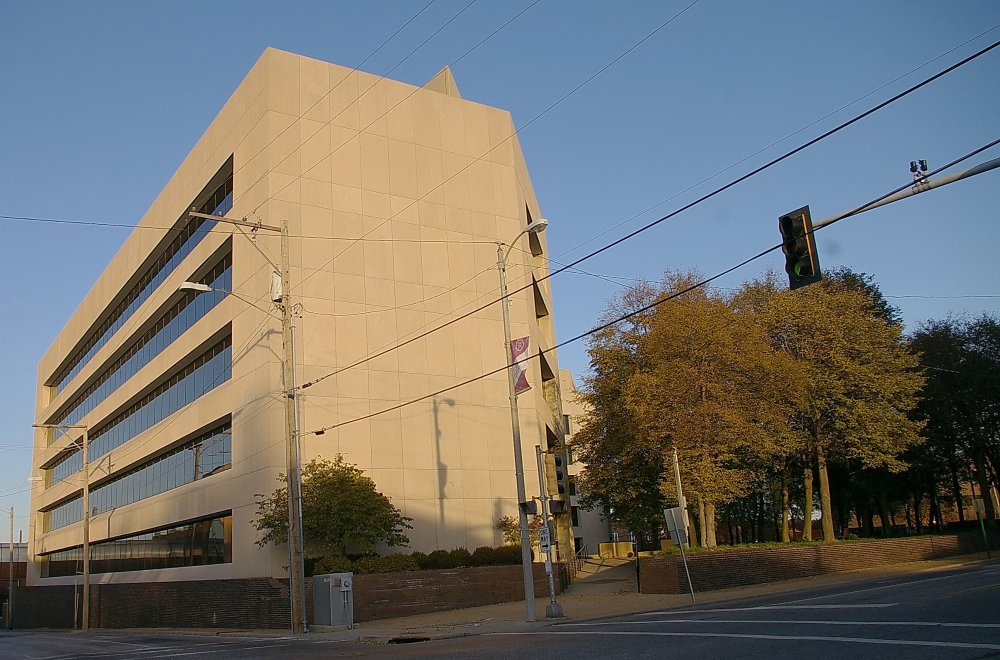 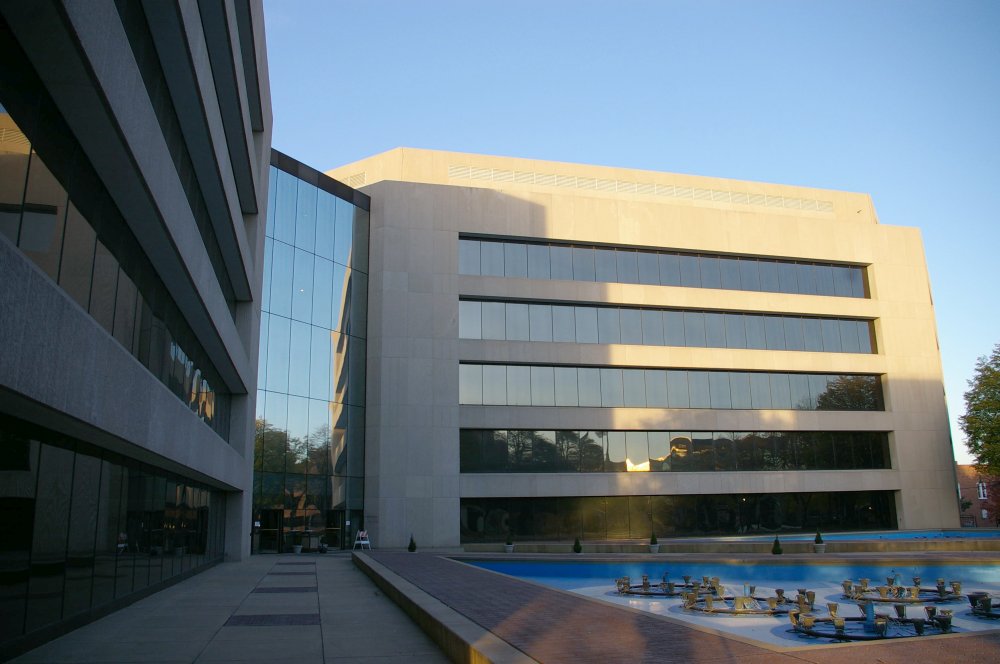 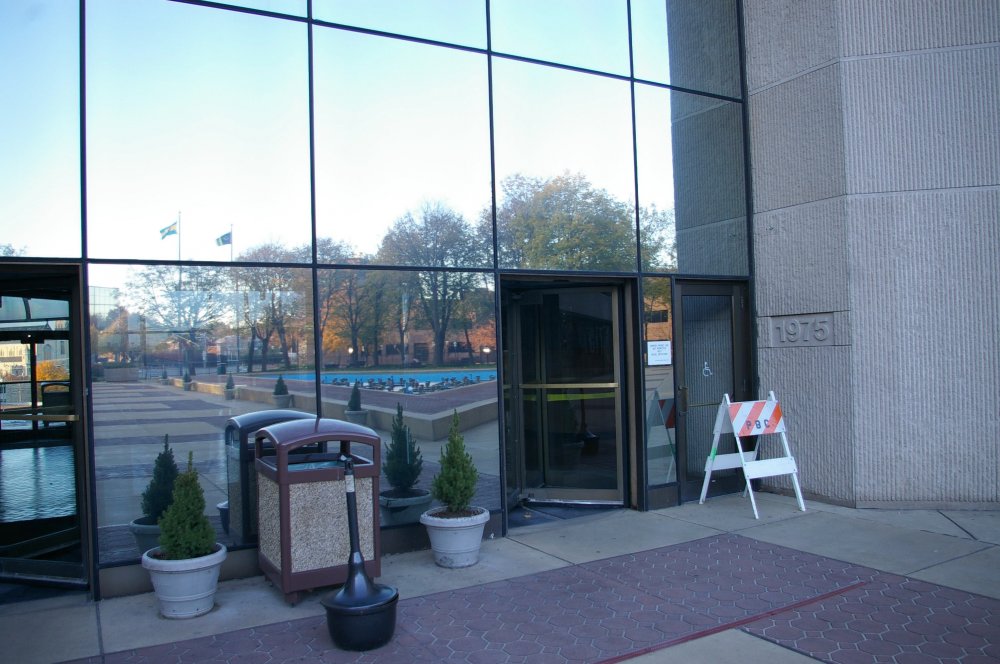 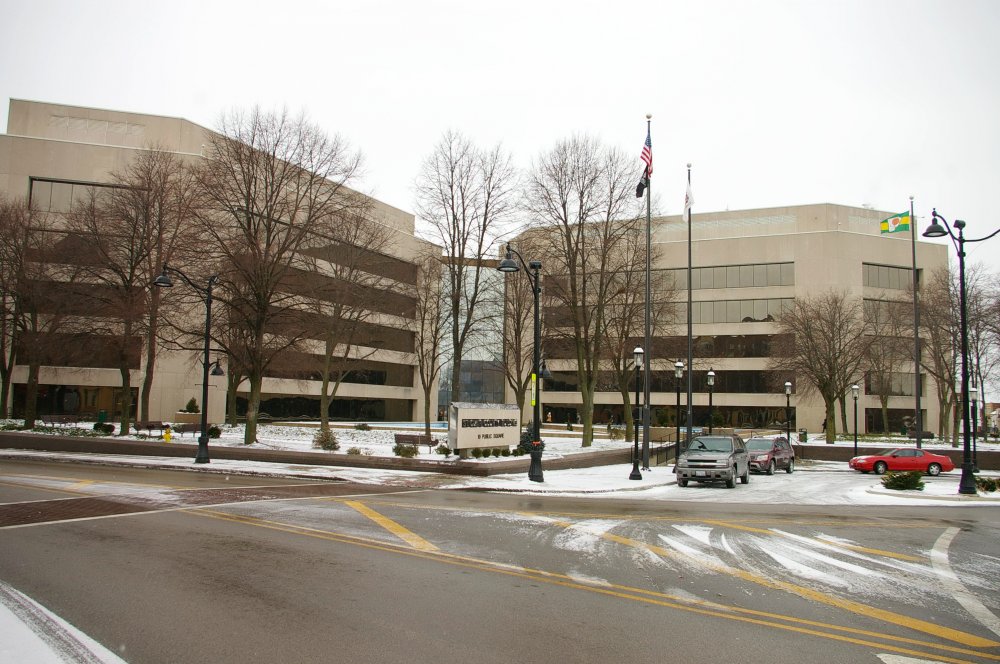 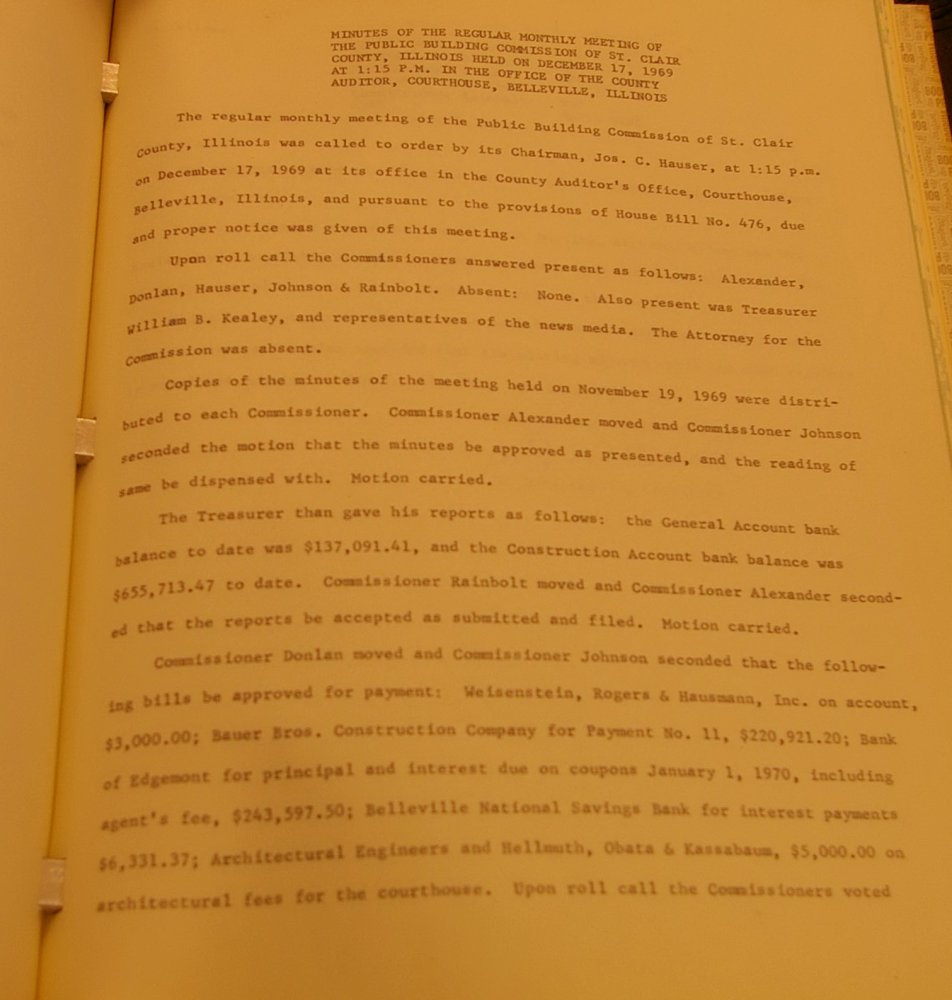 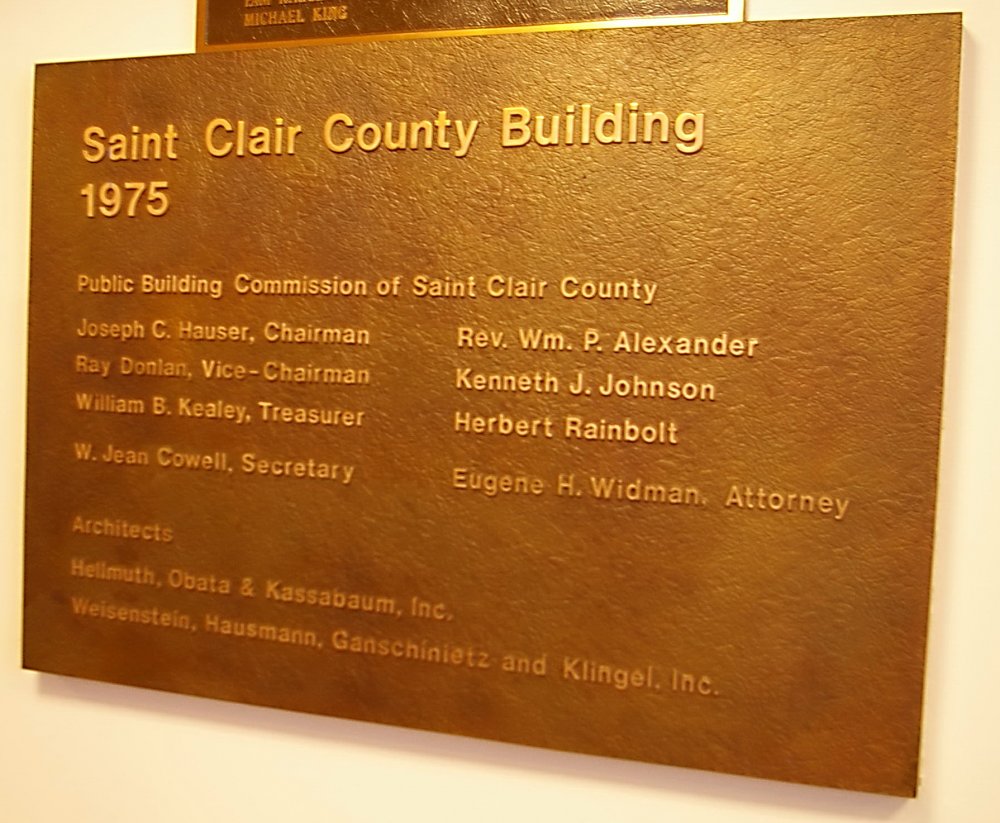 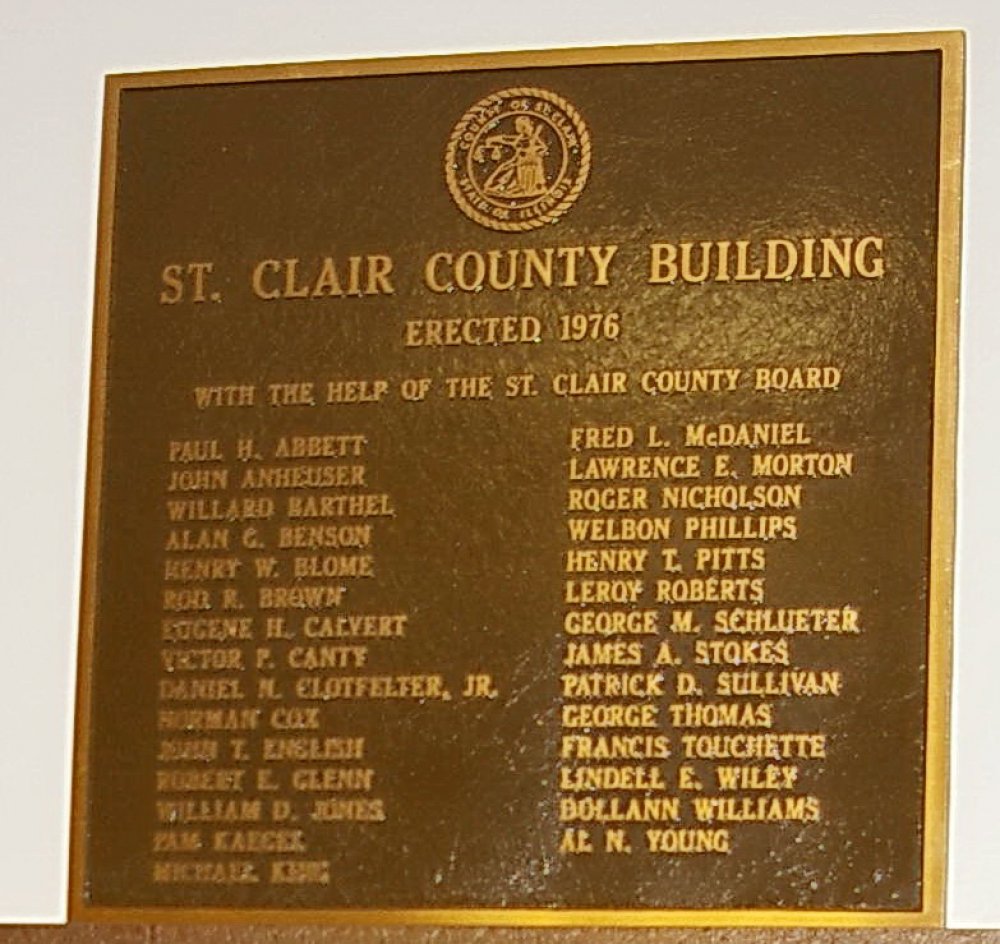