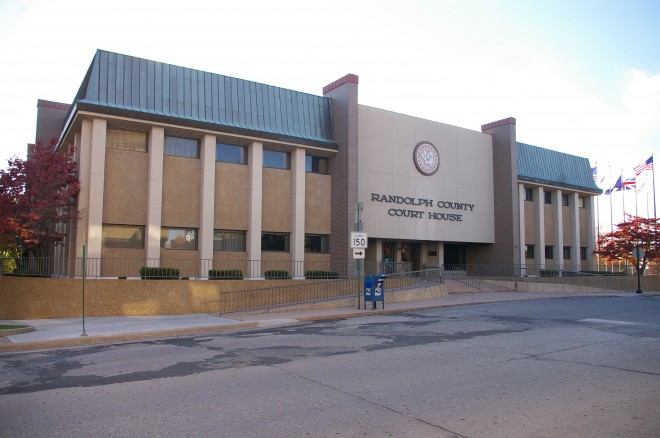 Randolph County is named for Edmund Randolph, who was a soldier in the American Revolutionary War, Secretary  of State and Attorney General. 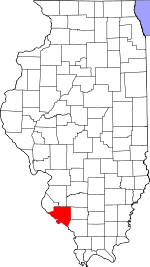 Description: The building faces norteast and is a three story concrete and glass structure. The building is located on landscaped grounds in the center of Chester. The northeast front has two stories with the center entrance at street level. The southwest side of the building descends the steep bank of the Mississippi River to form three stories. Over the east entrance is a large concrete panel with the county crest in the center. On either side of the entrance section are vertical concrete dividers with narrow horizontal windows between. Around the roof line is a wide grennish colored vertical marked concrete band. The architect was Hanner, Breitweise & McLaughlin Architects Inc. and the contractor was Chester Industrial Contractors, Inc.

History:  The county was created in 1795 and Kaskaskia was designated as the county seat. The first court met at the tavern of Thomas Cox. In 1812, the county purchased a house. The first courthouse was built in 1821 at a cost of $4,750. The county seat moved to Chester in 1847. The county occupied a schoolhouse until the second courthouse, a two story brick structure, was built by William P Haskins in 1849 to 1850. The building was enlarged in 1916. The architect was William P McMahon and the contractor was William Brinkmann. The third and present courthouse was constructed in 1972 to 1974. 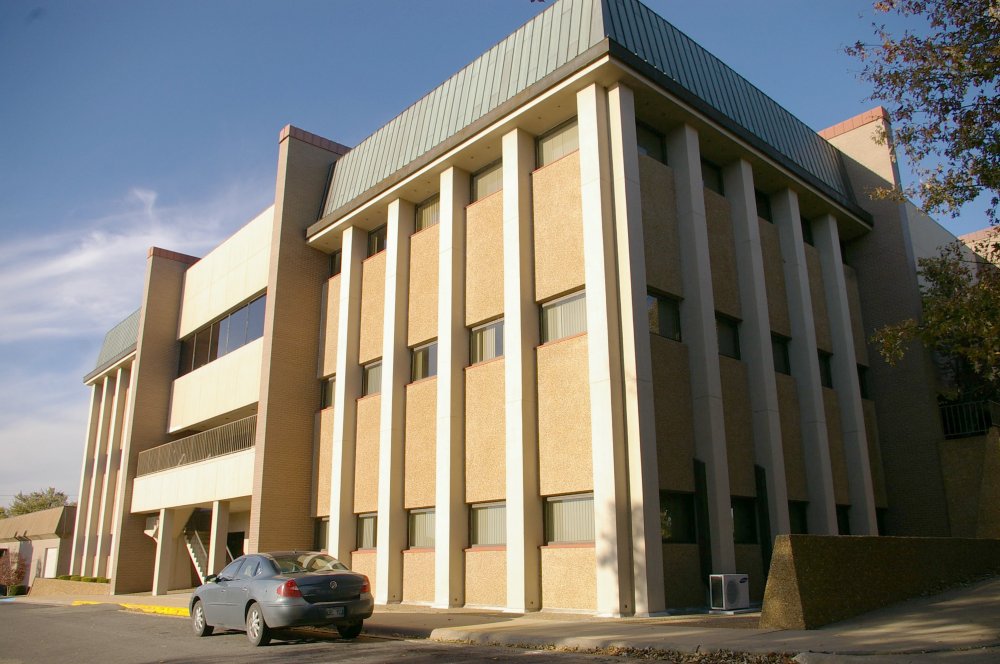 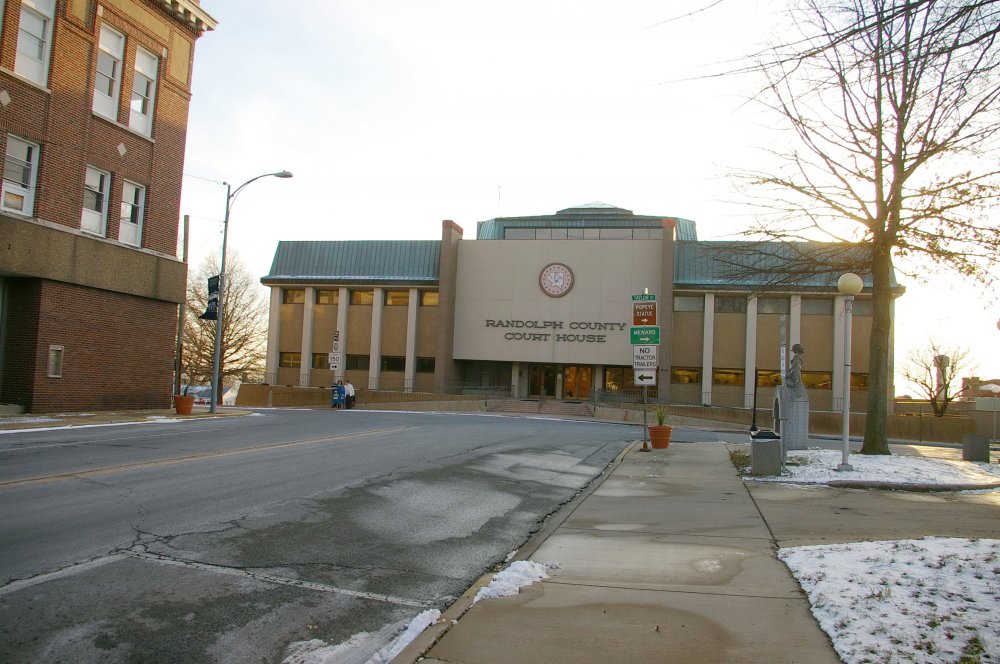 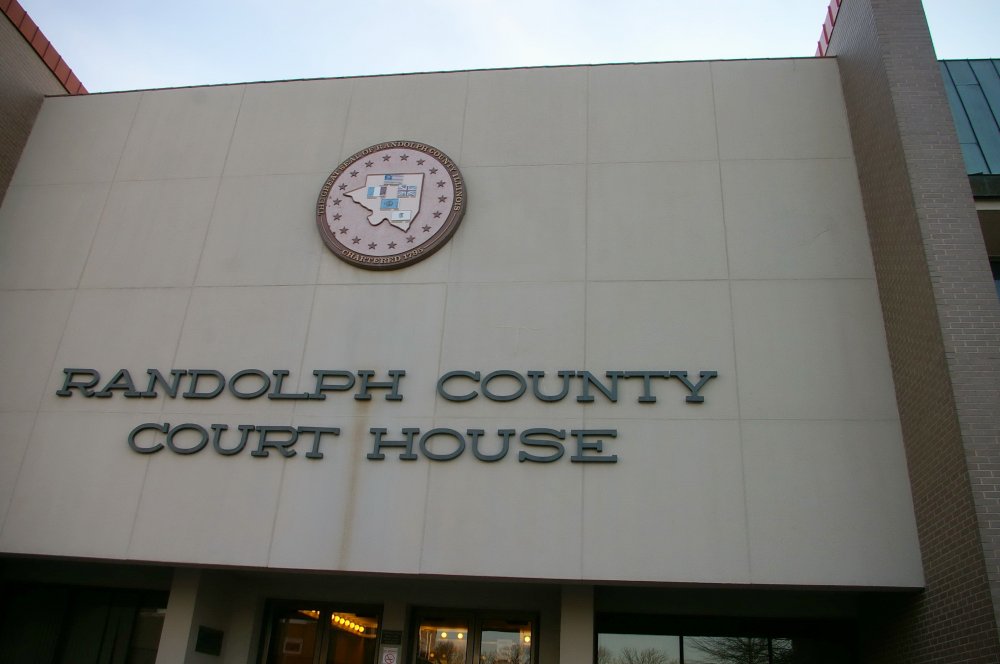 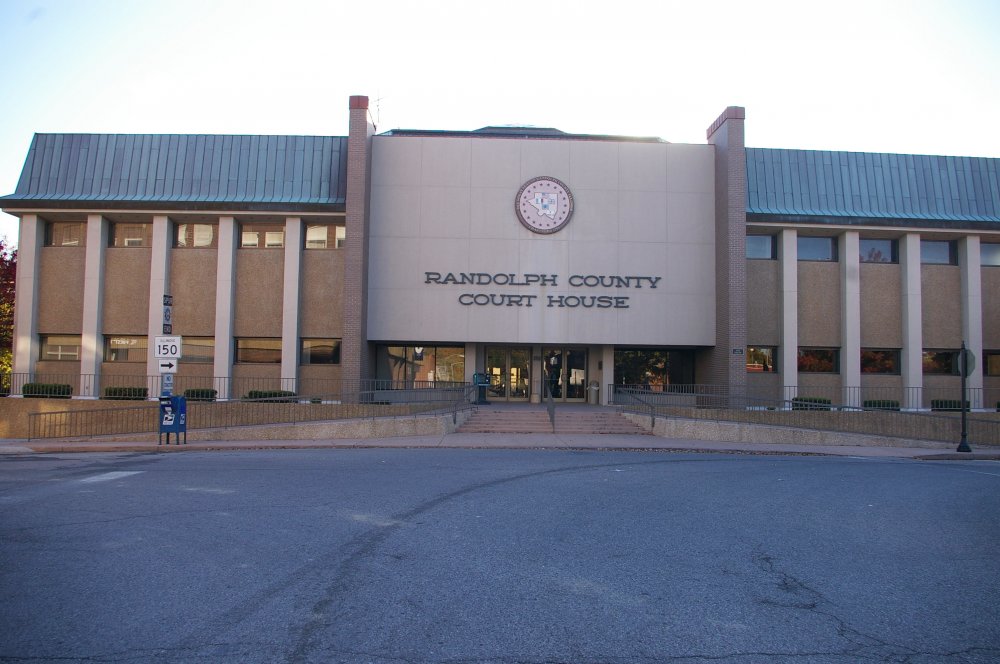 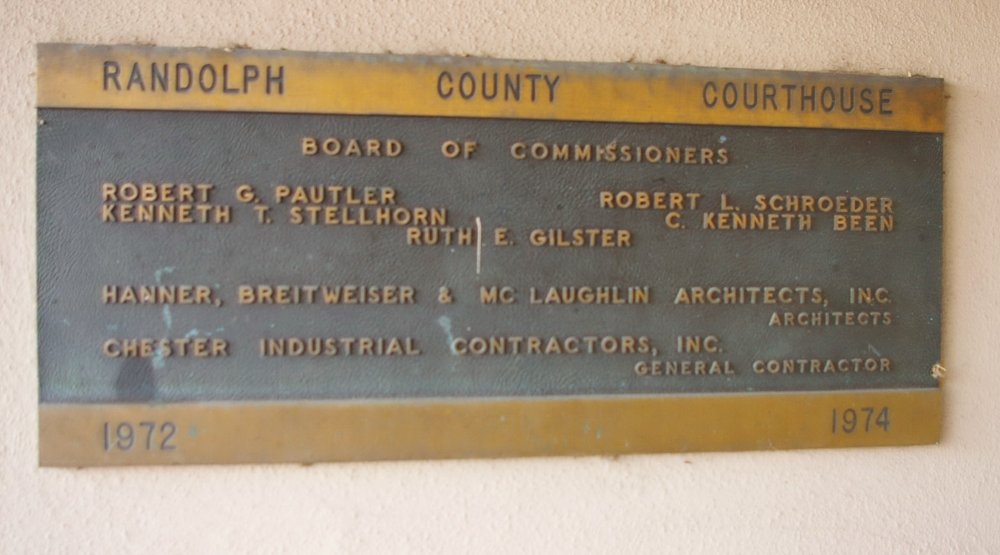 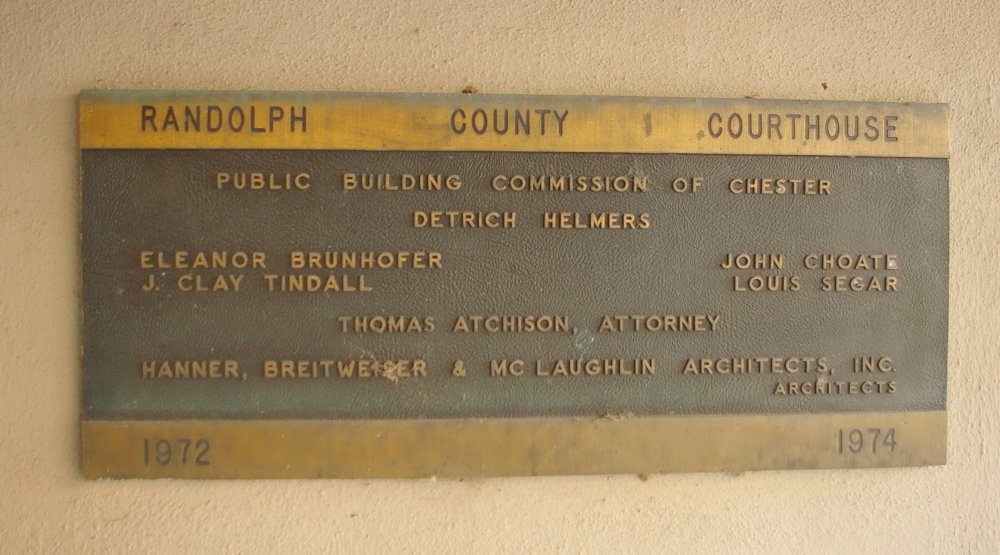