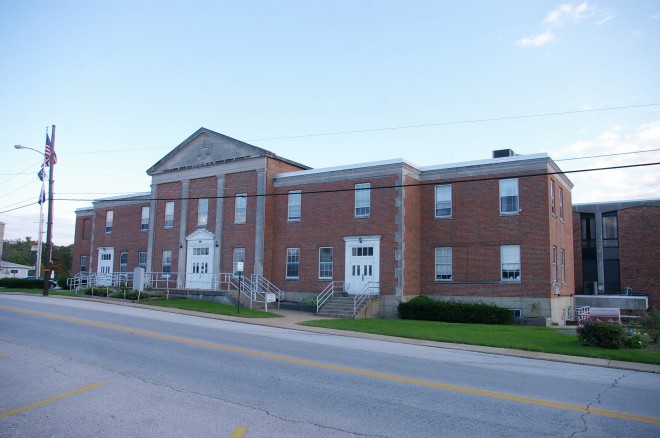 Description:  The building faces north and is a two story red colored brick, stone and concrete structure. The building is located on landscaped grounds in the center of Hillsboro. The north front has a projecting central section with four vertical stone bands rising to a wide pediment. The central entrance has wood trimmed doorways. There are east and west wings with wood trimmed doorways. There are additional recessed wings on either side. Stone trim runs along the corners. The roof line is flat. In 1892 an addition was added on the east side. The contractor was Joseph Hoeken. In 1954 to 1957, the building was expanded with wings added on the east and west sides. The architect was Bruce Barnes and Associates of Poplar Bluff, and the contractor was Plez Lewis. The building was further expanded in 1975 and 1976. The architect was Jack Stefanski and the contractor was Chivetta Clayton. 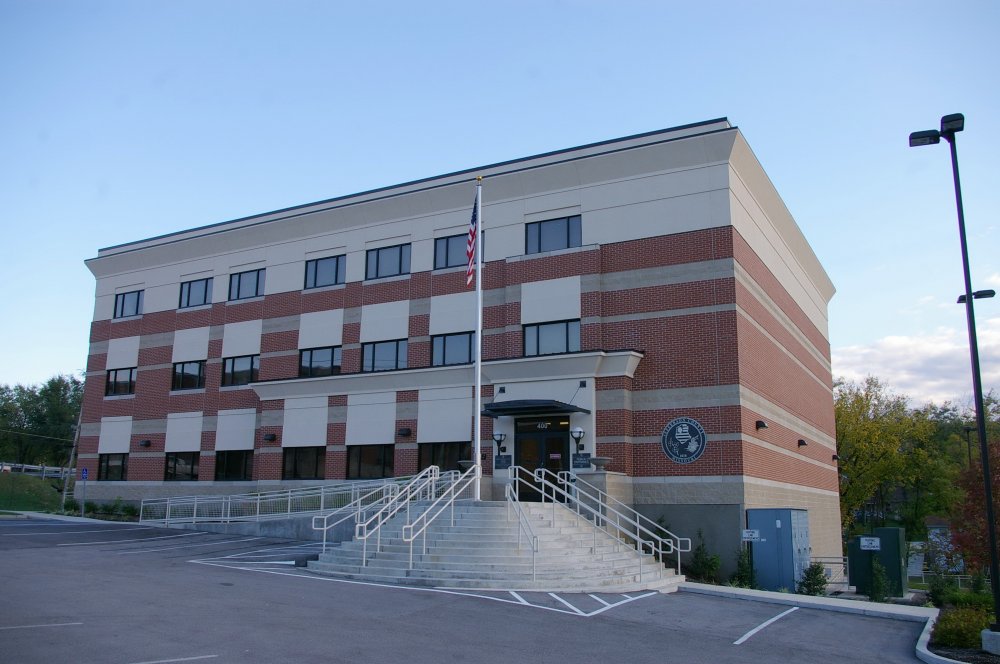 Description:  The building faces north and is a three story red colored brick, white colored concrete and glass structure. The building sits on a slope in the center of Hillsboro to the southwest of the courthouse. The entrance is on the west side of the north front. White colored panels are above the windows on the first and second stories. The roof line is flat. 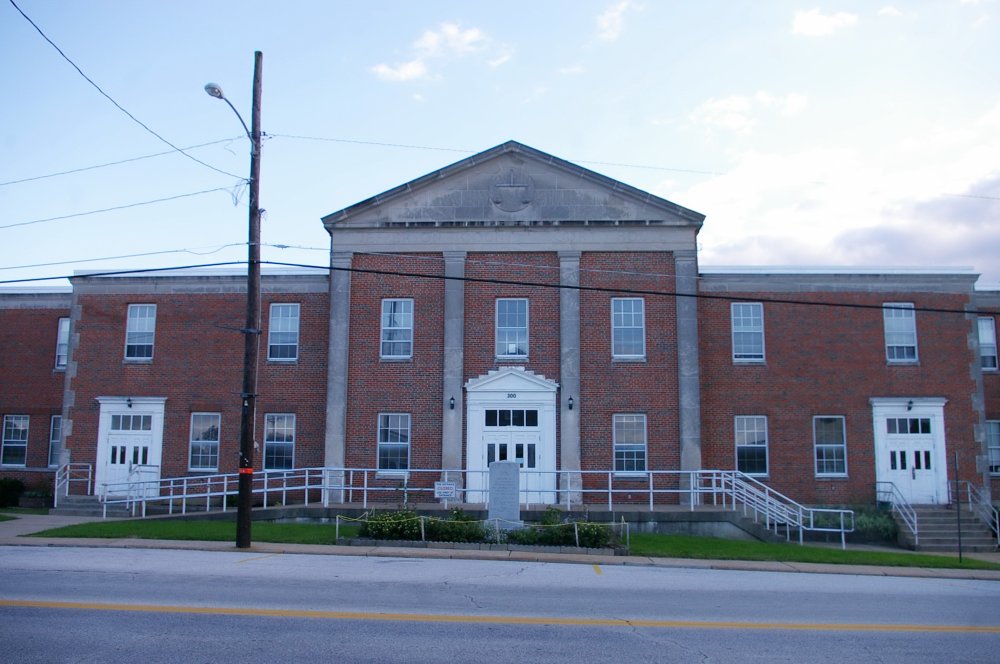 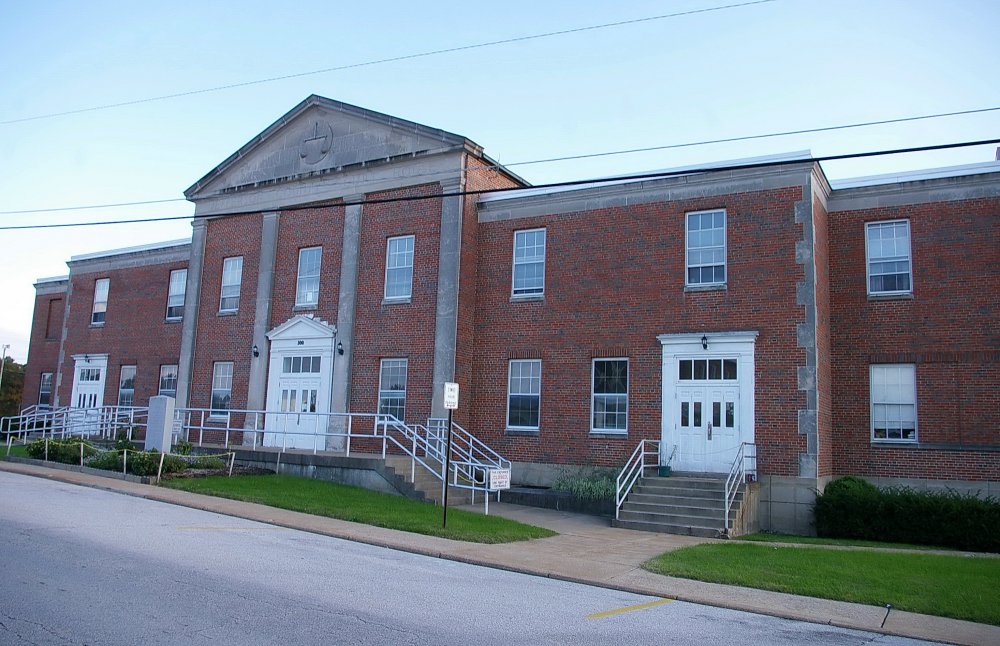 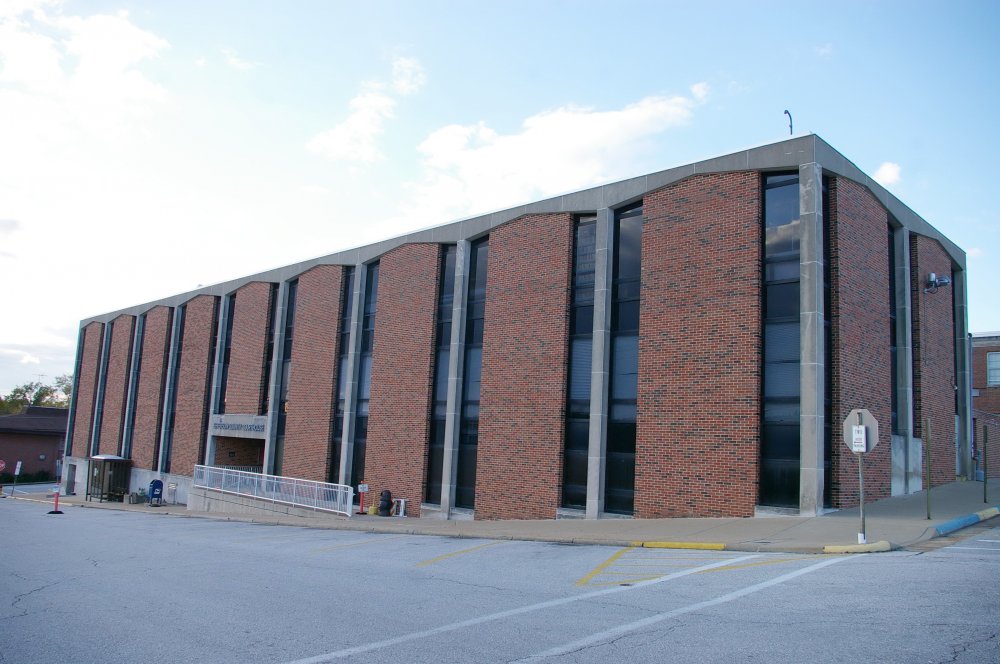 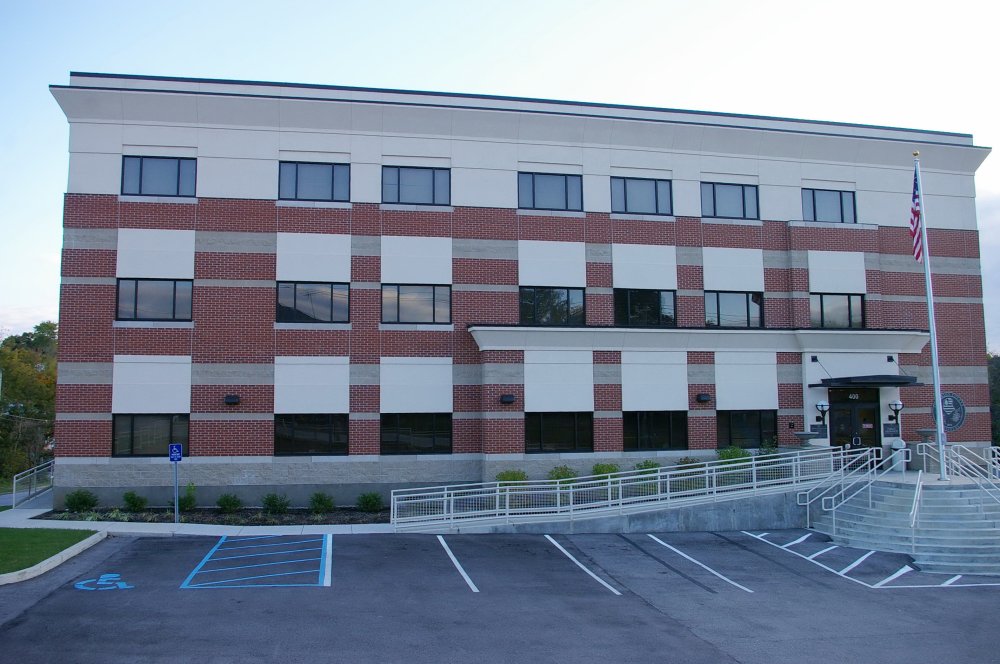 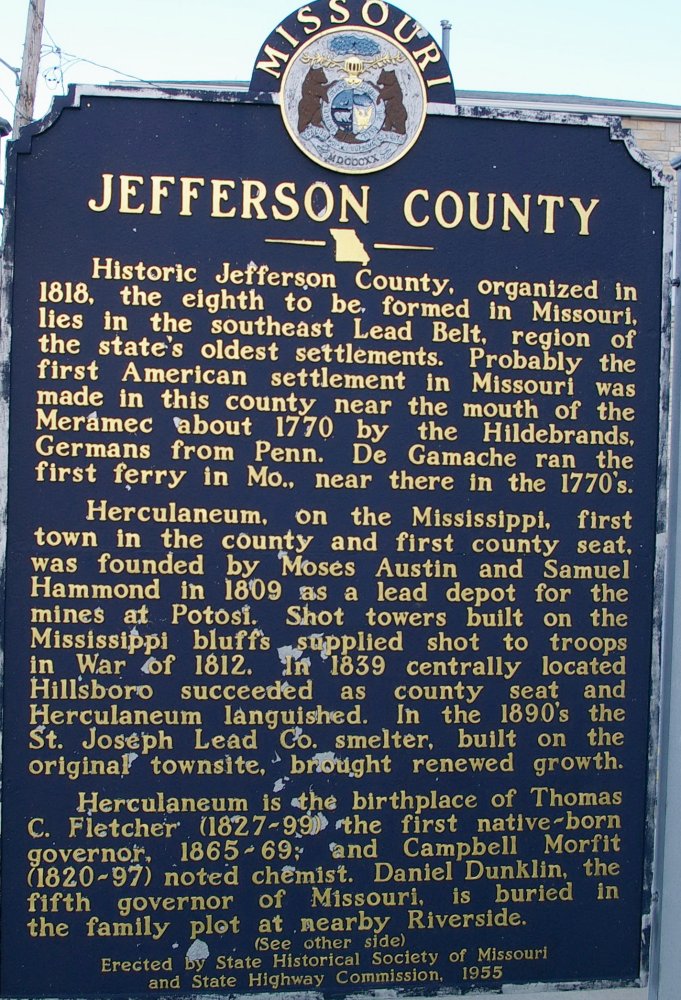 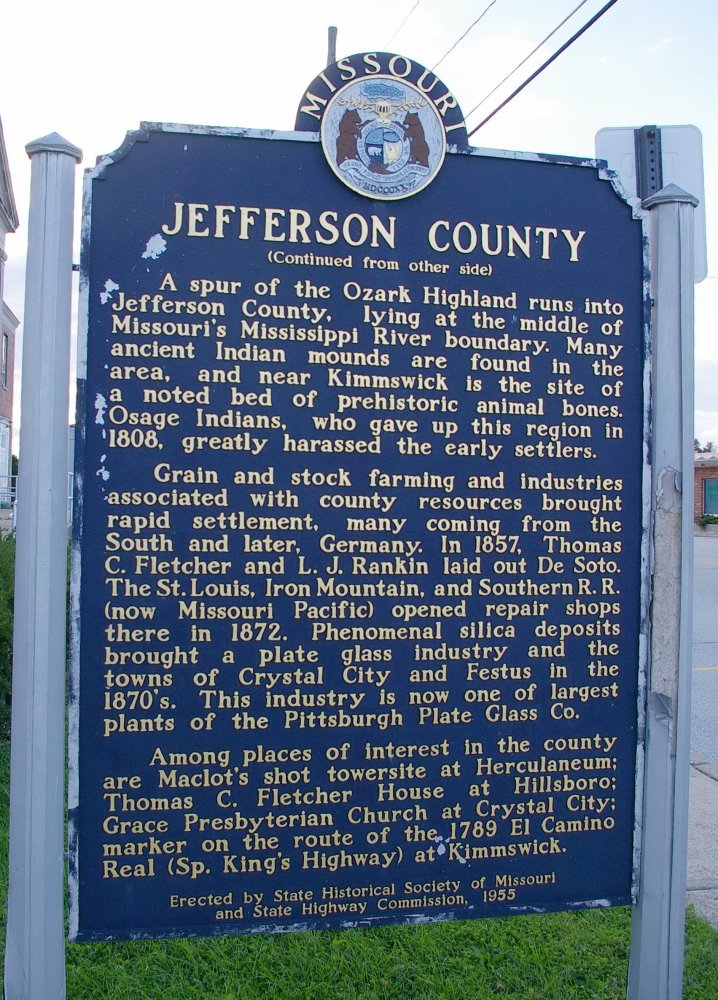