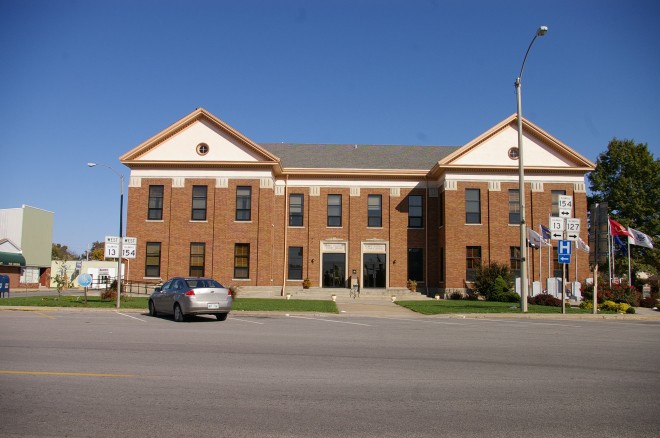 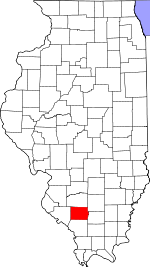 Description: The building faces south and is a two story buff colored brick and concrete structure. The building is located on landscaped grounds in the center of Pinckneyville. The east and west wings extend from the main building and have peaked roofs. The recessed center section has two doorways each framed with stone. The courtroom is located on the second story. The building was enlarged in 1877. The architect was John Chapman and the contractor was William Wilson.. The building was remodeled in 1938 and 1939 to the Moderne style under the Work Projects Administration. The architect was S Thompson of Carbondale and the contractor was Edward F Bartels Construction Company. The building was further remodeled in 1993 and 1994. 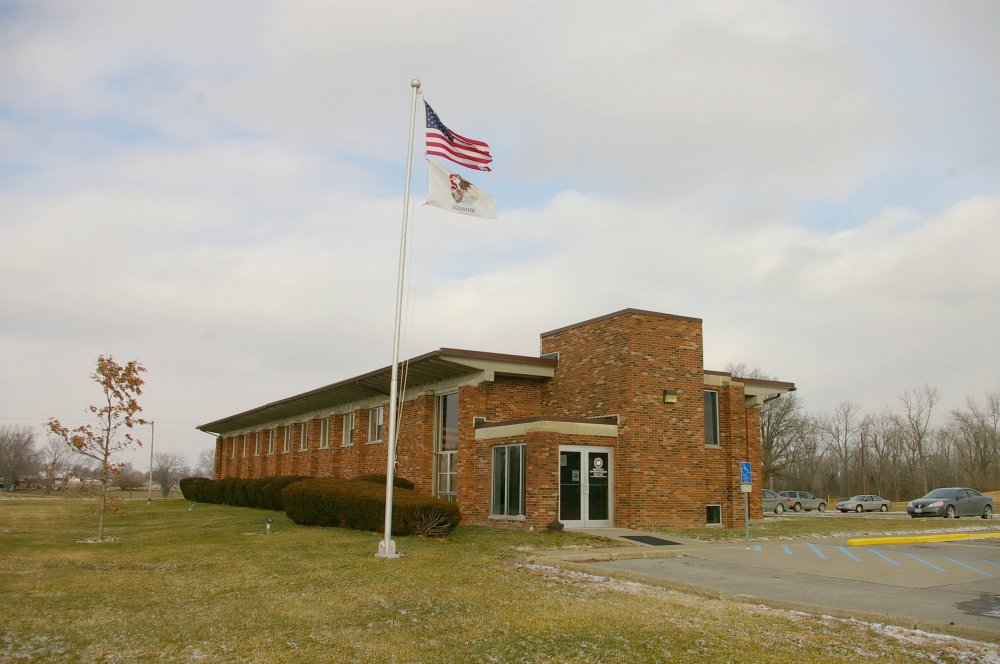 Description: The building faces south and is a one story red colored brick structure. The building is located south of the center of Pinckneyville. 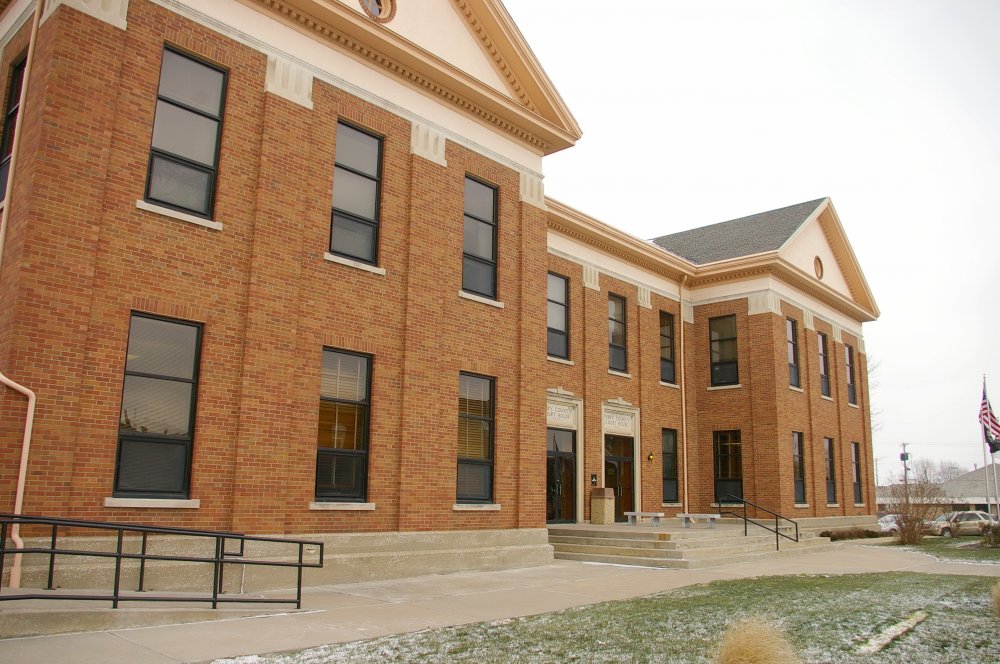 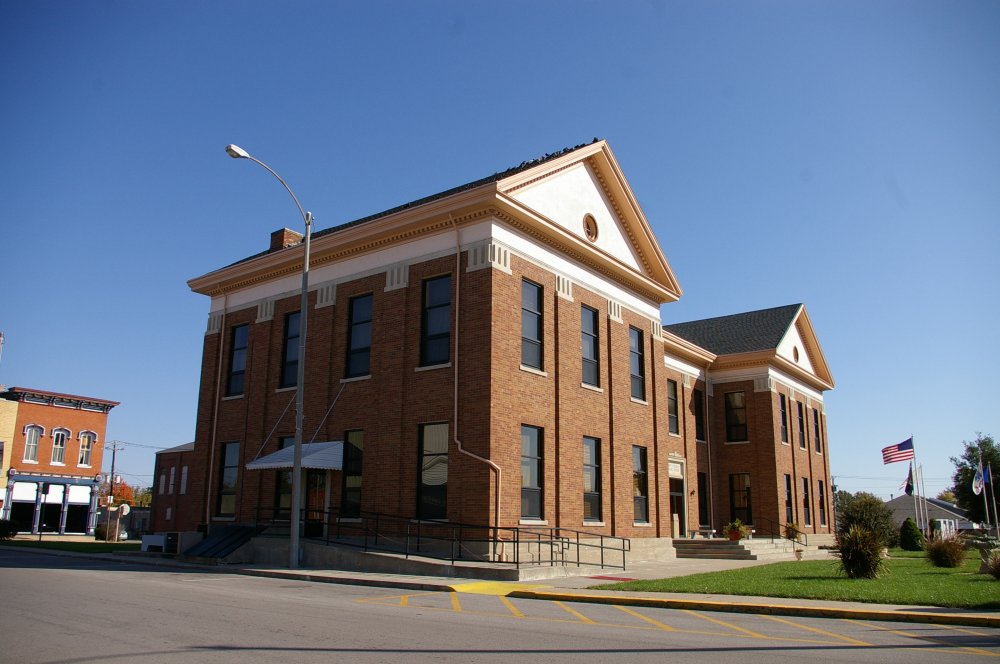 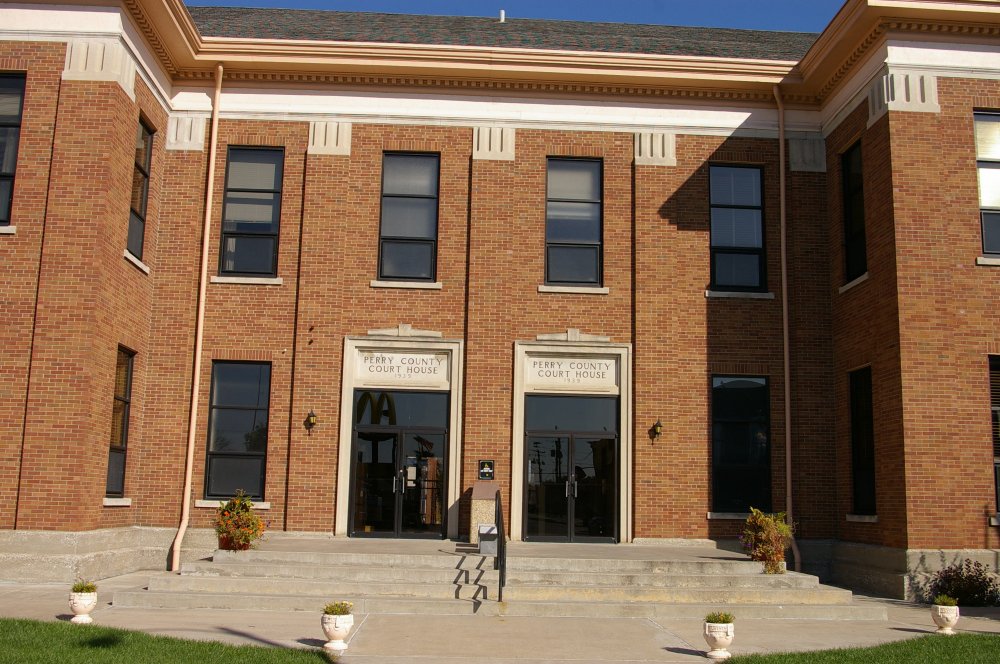 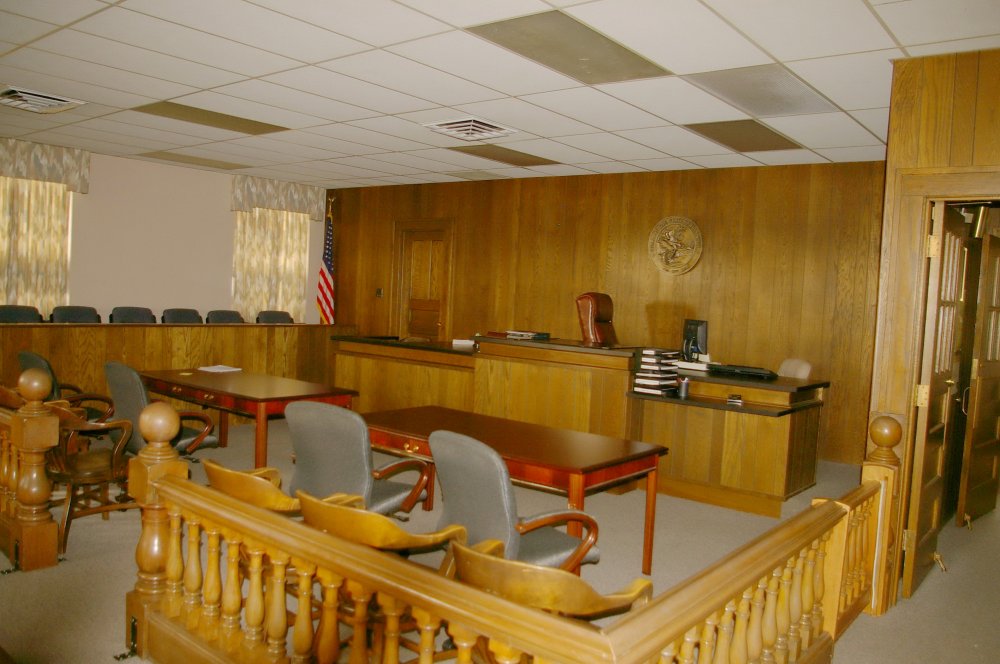 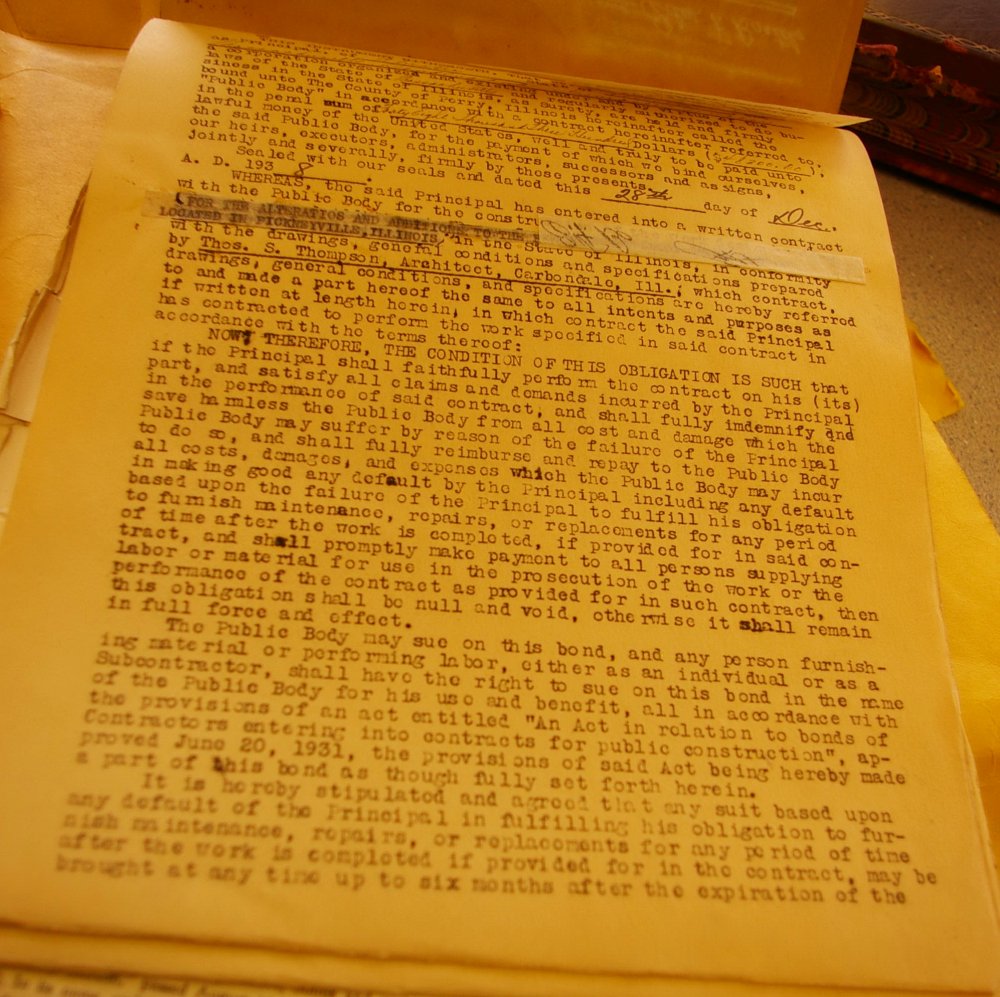 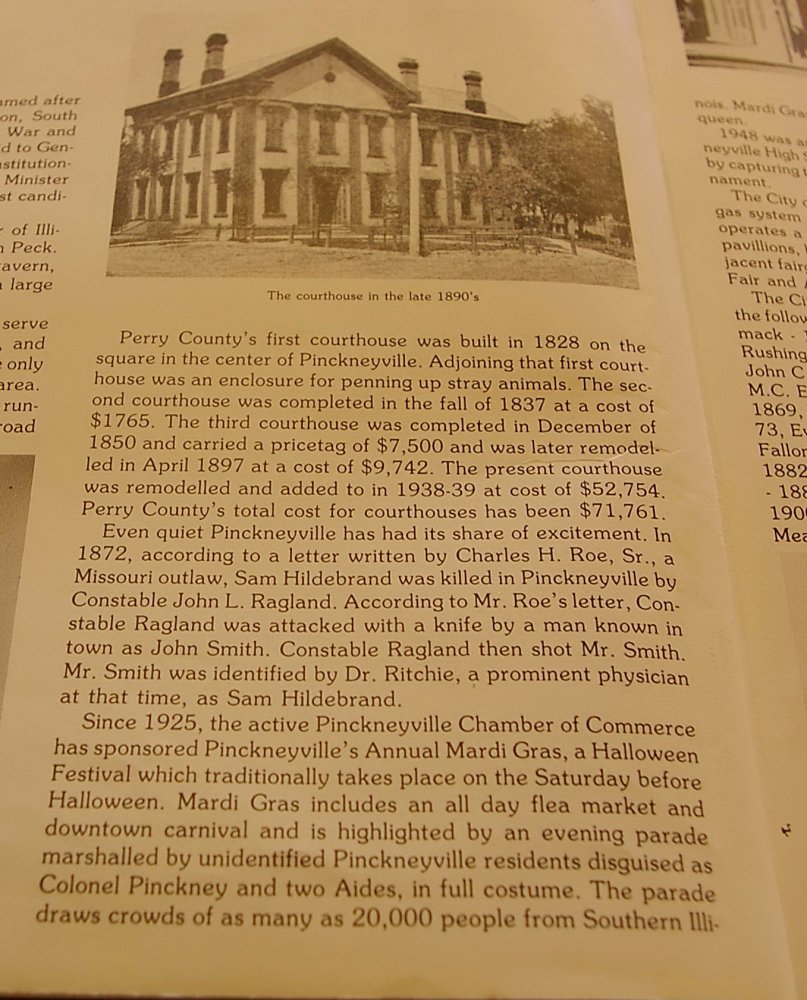