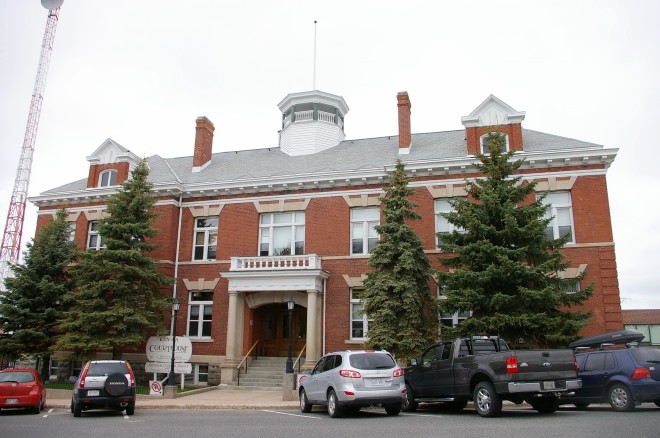 Kenora District is named for the combination of the names of the towns of Keewatin, Norman and Rat Portage.

Contractor:  M A Pigott and Son of Hamilton

Description:  The building faces north and is a two story red colored brick, granite and concrete structure. The building is located on landscaped grounds along the Lake of the Woods in the center of Kenora. The north front has a small portico with balcony on the second story at the central entrance on the first story. The entrance is recessed. The east and west sections project slightly from the main building. The windows have stone trim along the top. On the centre of the roof is a hexangonal white coloured wood cupola with windows. The roof is hipped with a dormer on the east and west sides. The base of the building is rough cut stone.  The plaster work was done by William J Hynes and Berlin Interior Hardware Company supplied the furnishings.  A modern addition was constructed in 1969 on the south side of the building. The building houses the Superior Court of Justice and the Ontario Court of Justice. 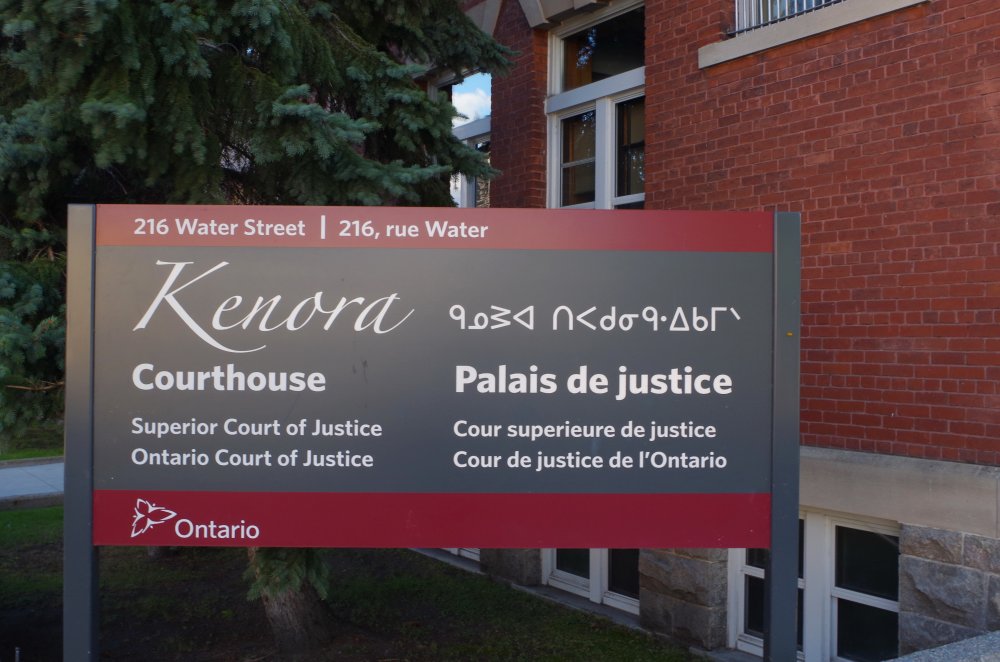 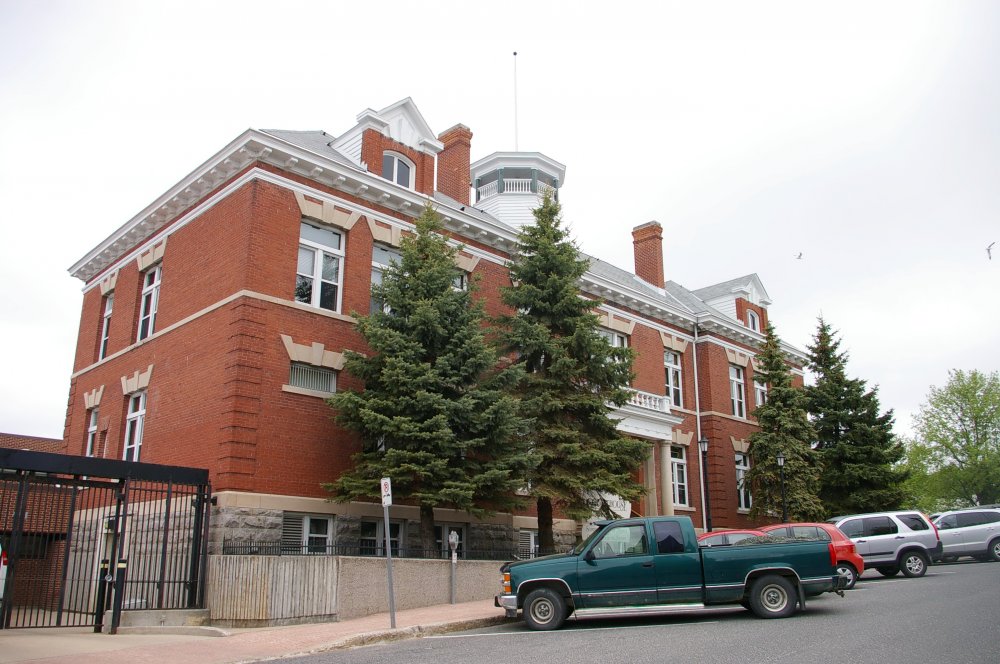 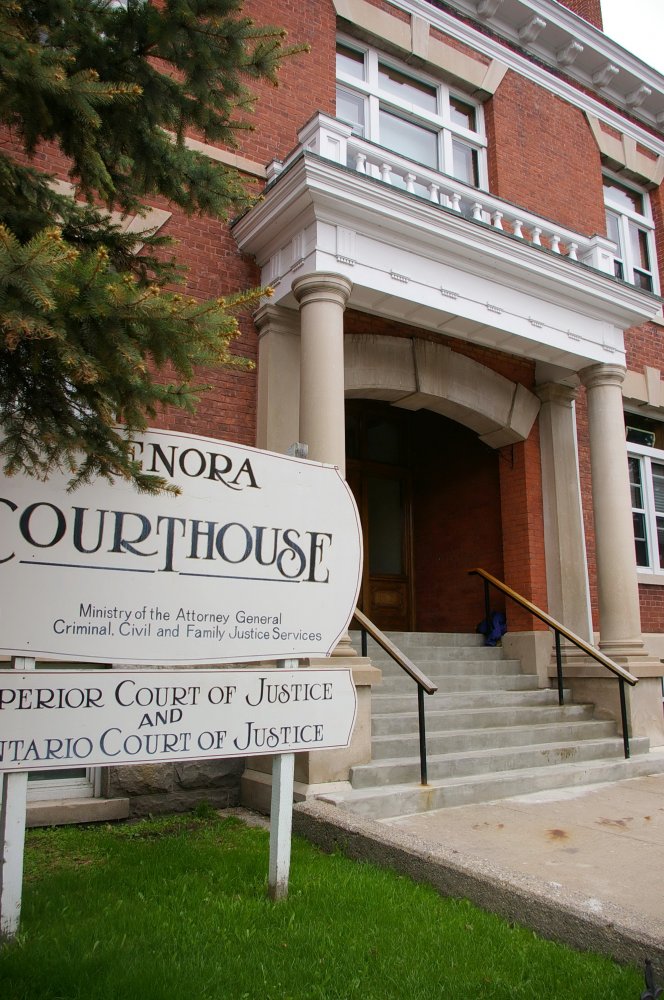 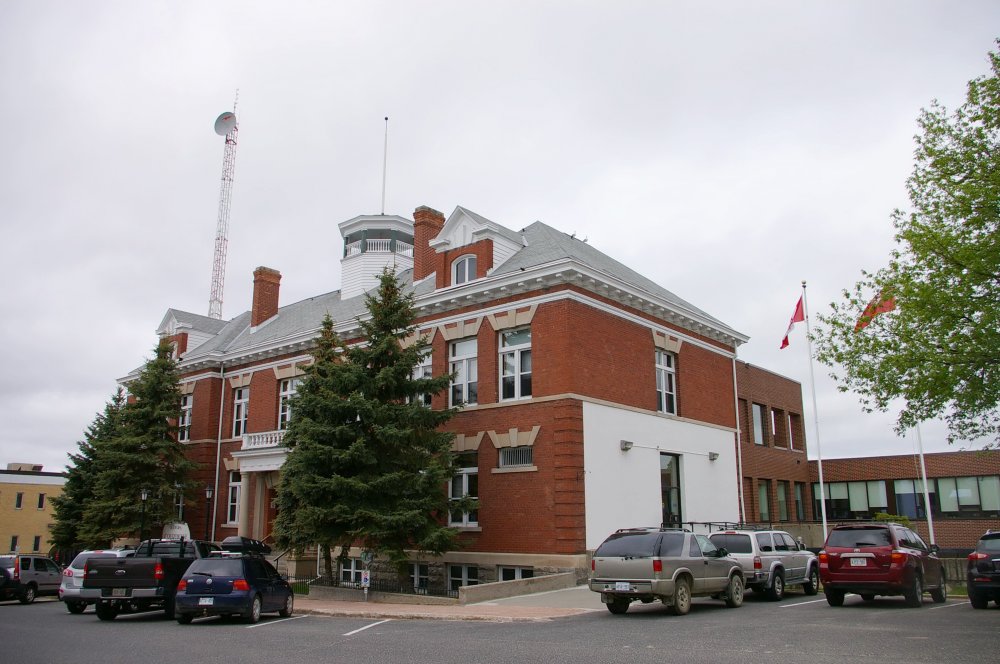 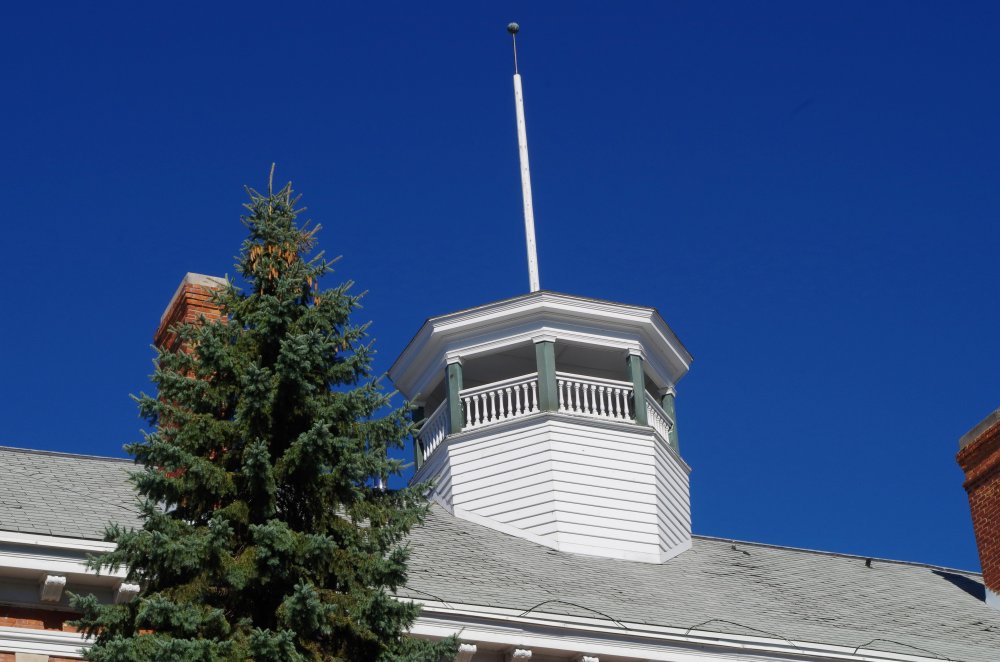 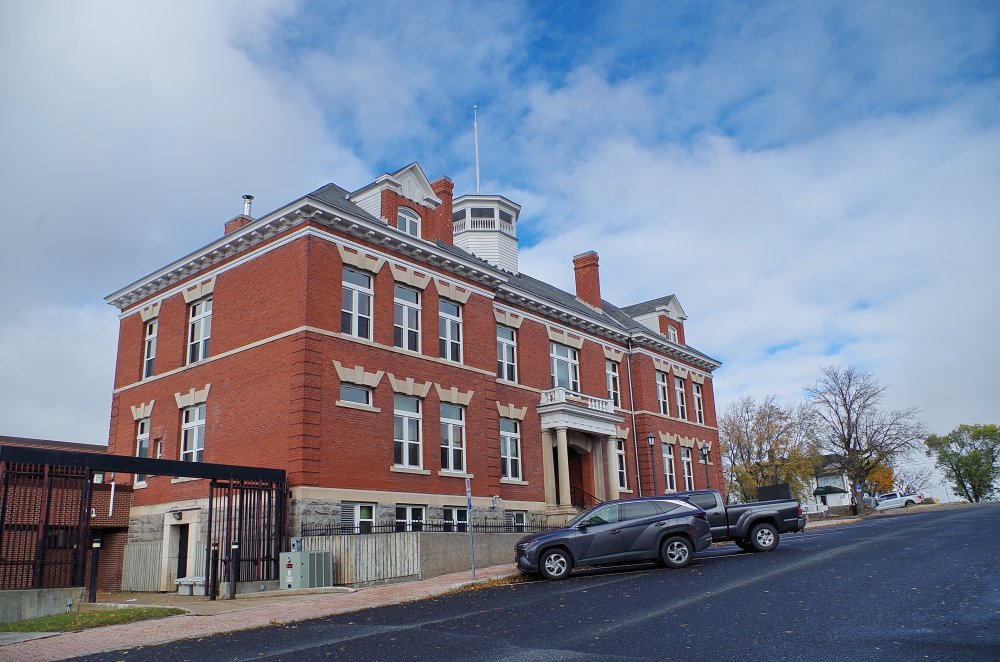 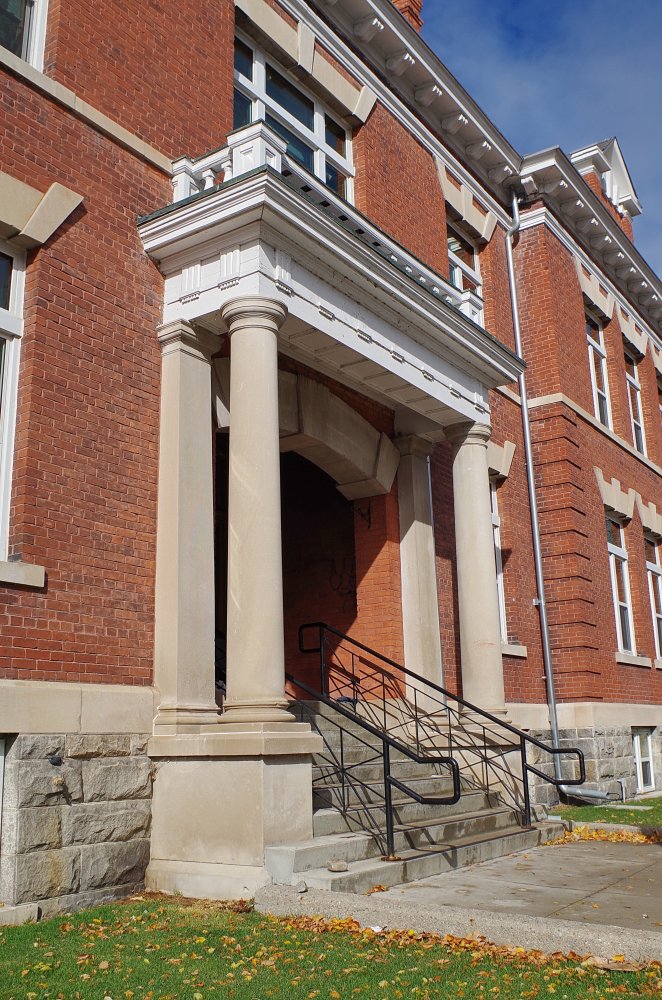 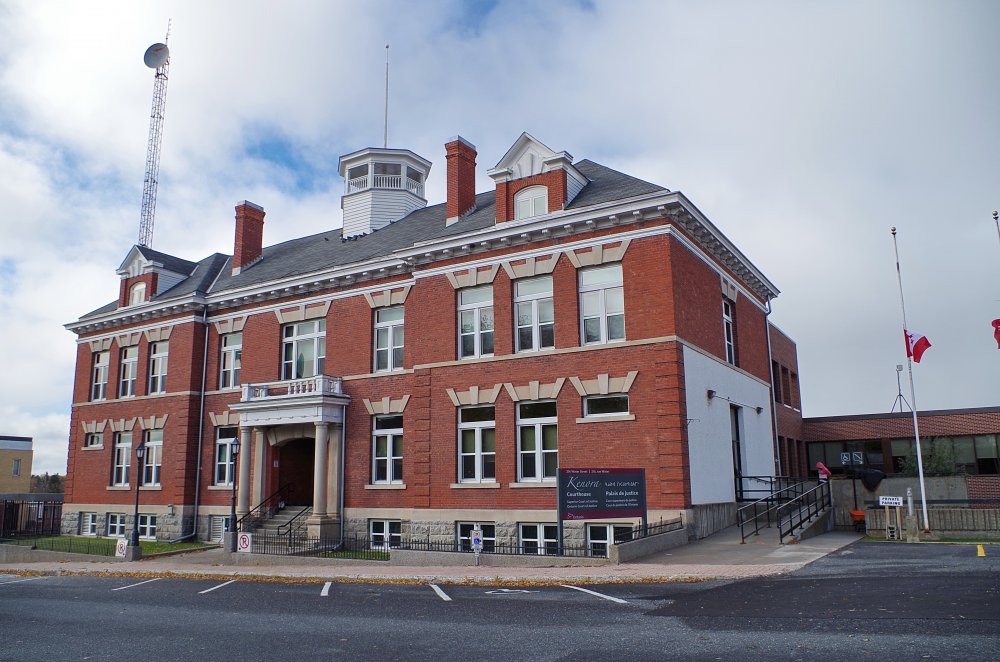 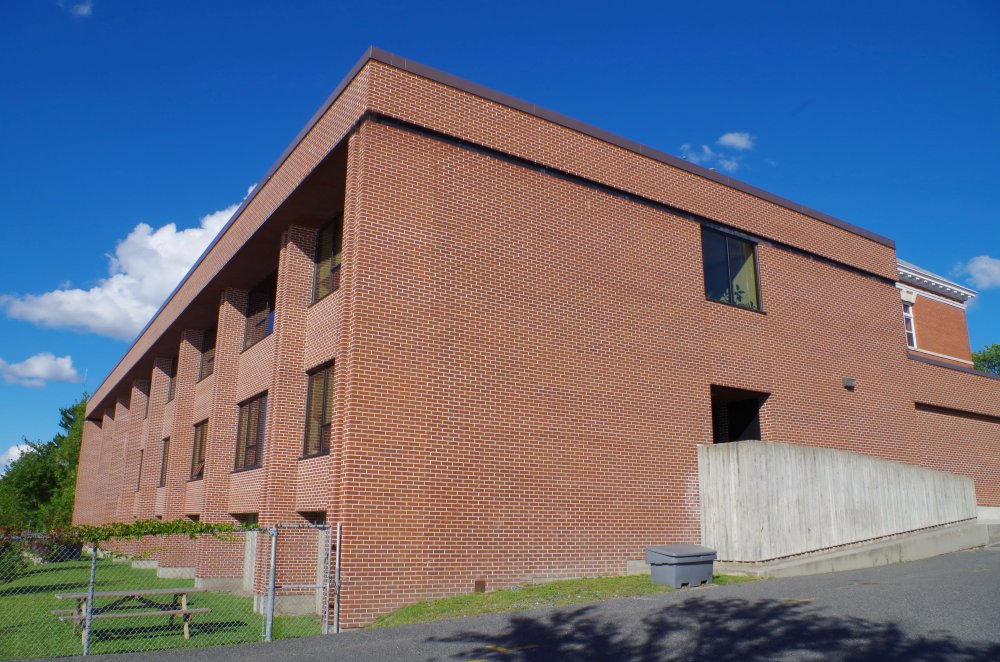 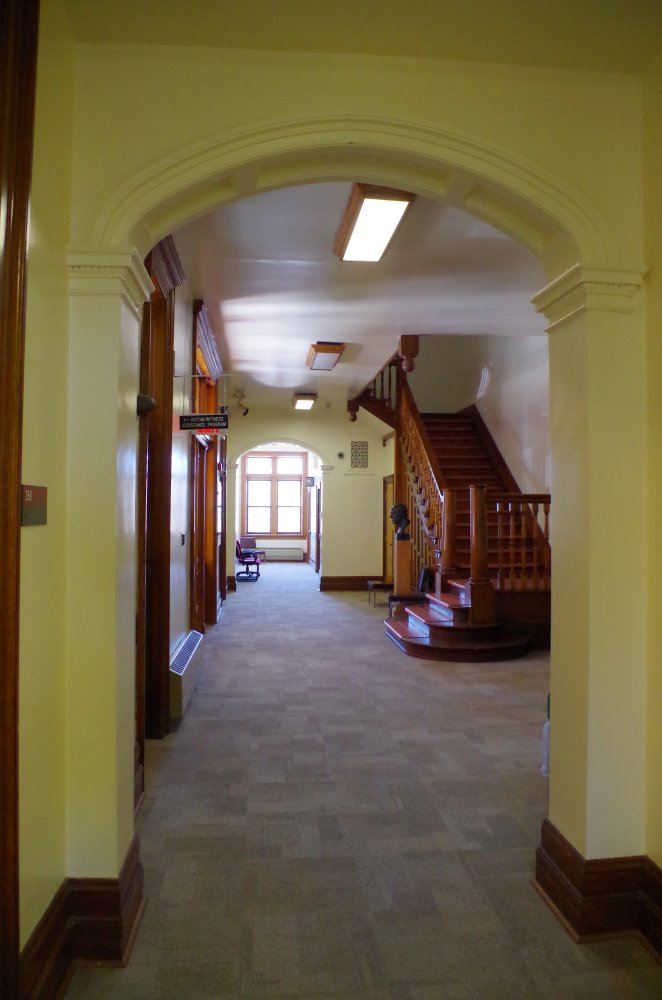 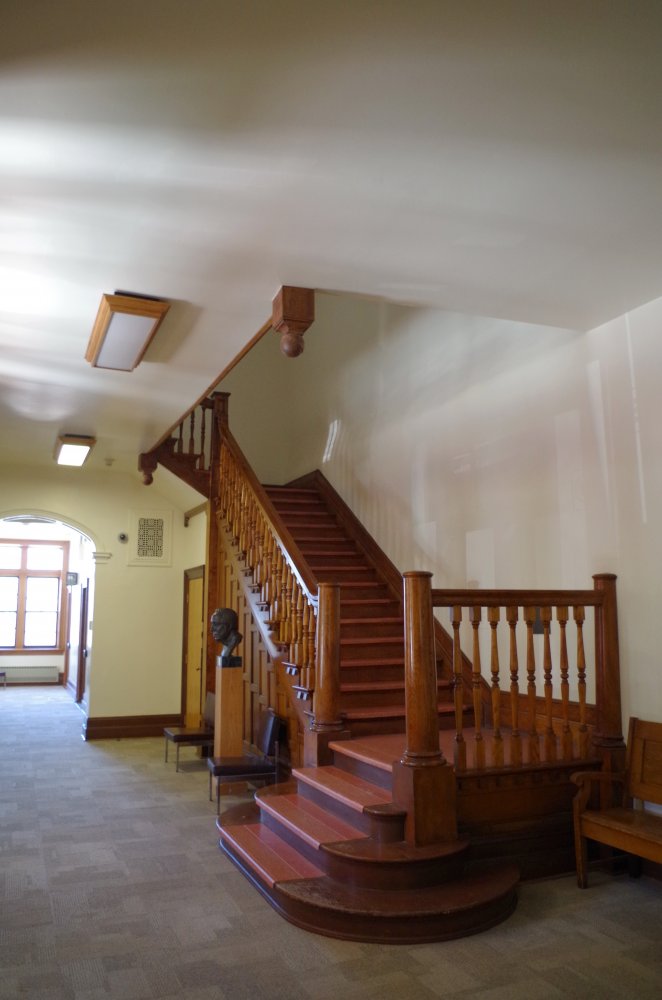 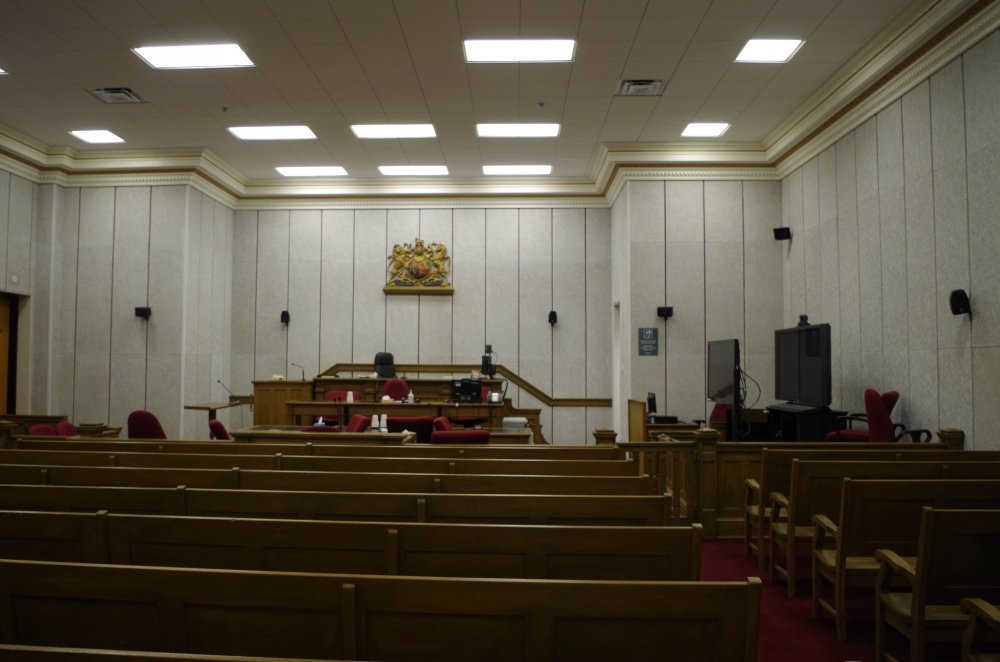 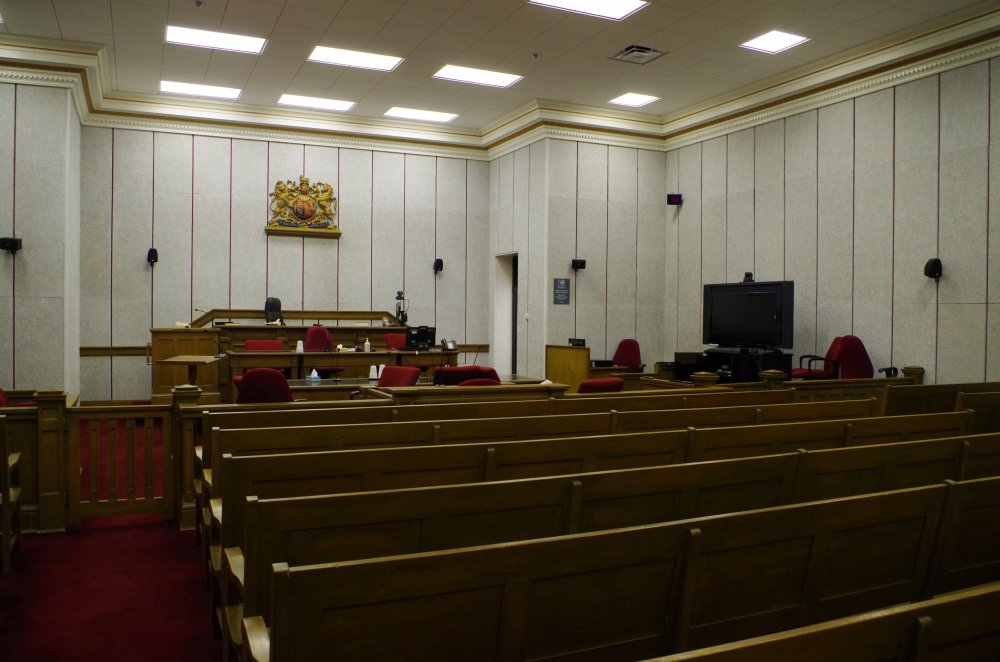 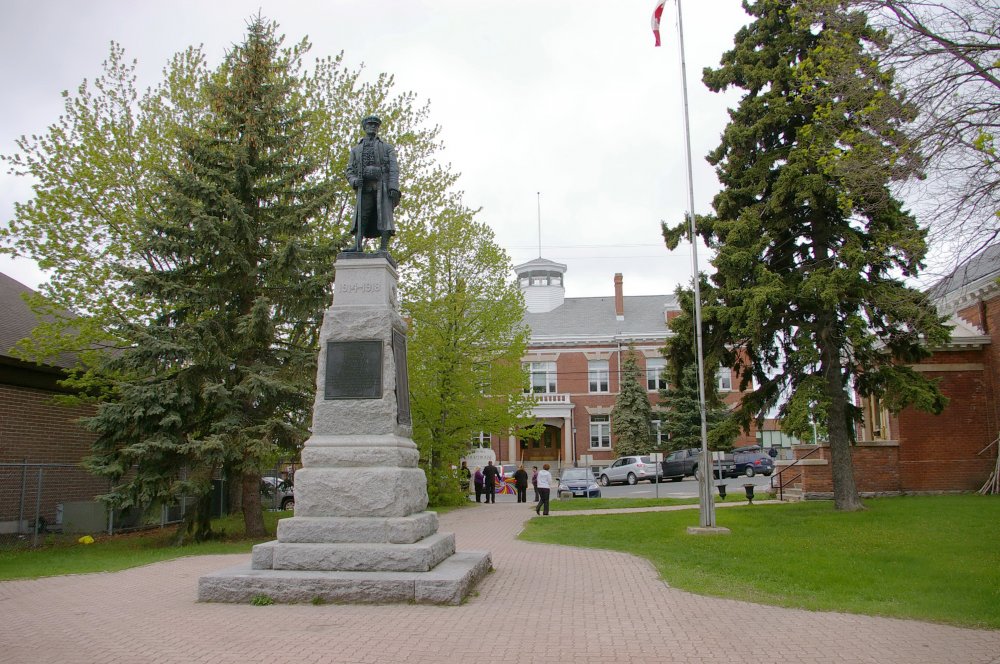