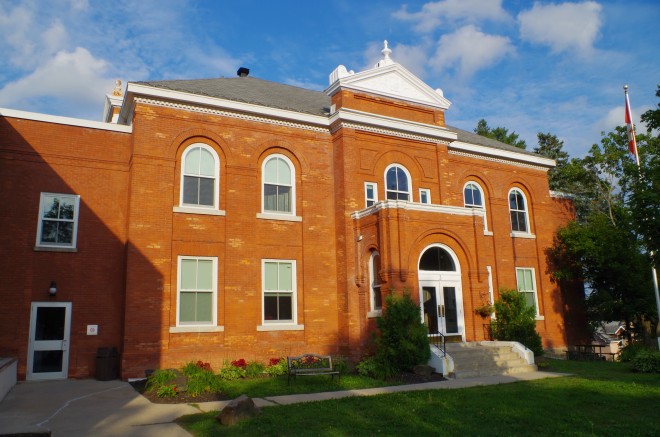 Muskoka District Municipality is named for Chief Yellowhead or “Mesqua Ukie”, who was a first nations chief who lived near Lake Muskoka.

Description:  The building faces west and is a two story red coloured brick and concrete structure. The building is located on landscaped grounds. The west front has a one story enclosed portico with arched entrance on the first story. Above is an arched window with raised section above on the roof. The windows on the second story are arched. The roof is hipped.  The building was renovated in 1948 to 1951. In 1966 to 1967, an addition was constructed. on the north side which extends west to the street. The architect was D G Creba and the contractor was Paul Carruthers Construction Company. The building houses the Superior Court of Justice.

See:  The architect, Frank Riley Heakes of Toronto,  was chief architect for the Ontario Department of Public Works and he designed courthouses in Fort Frances, Hailebury, Kenora and Sault Ste. Marie. 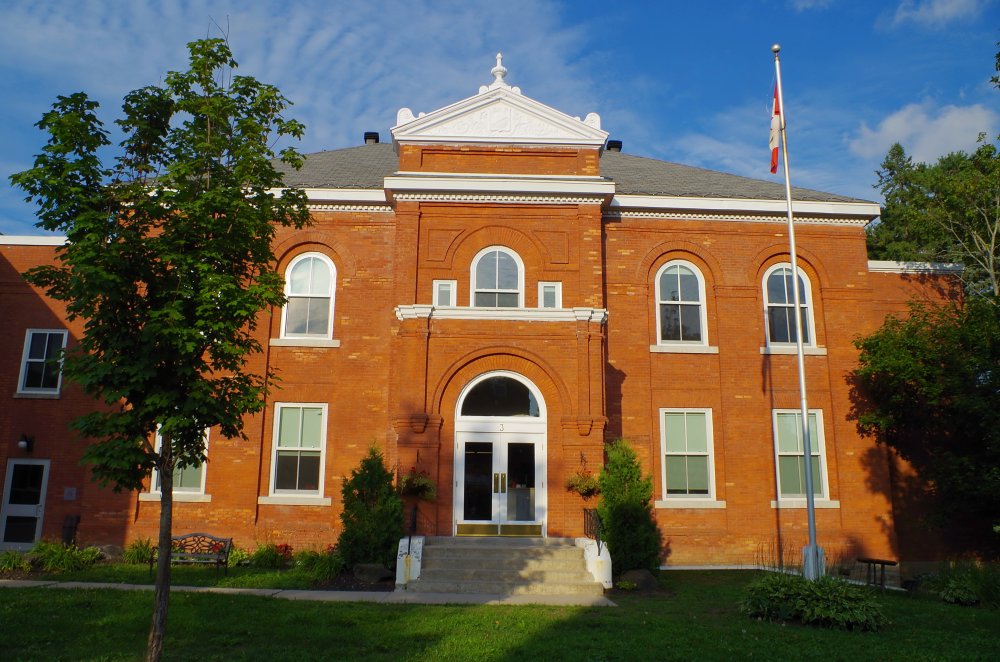 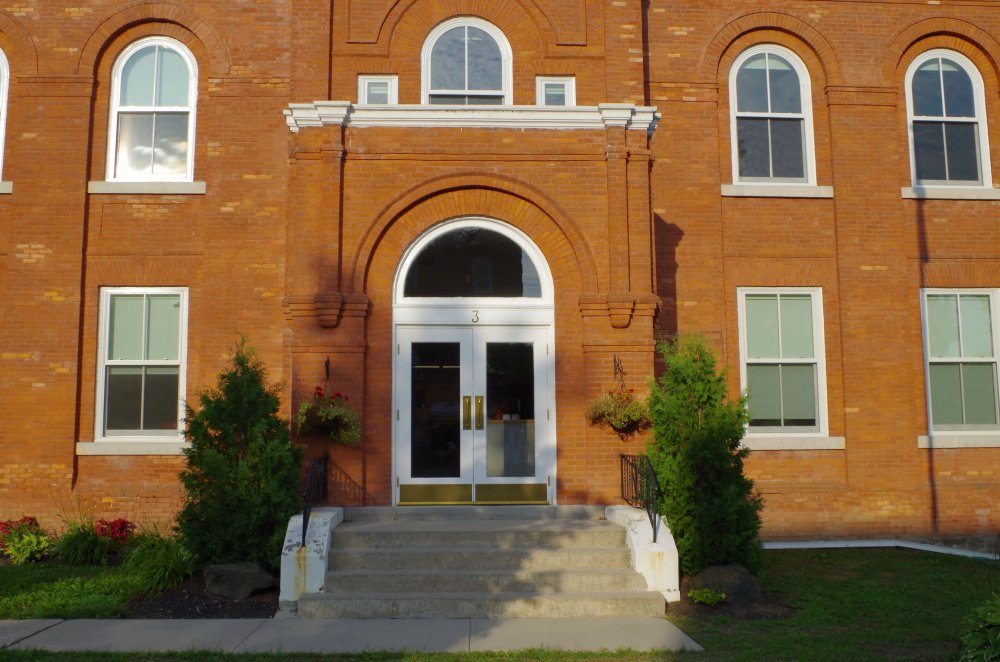 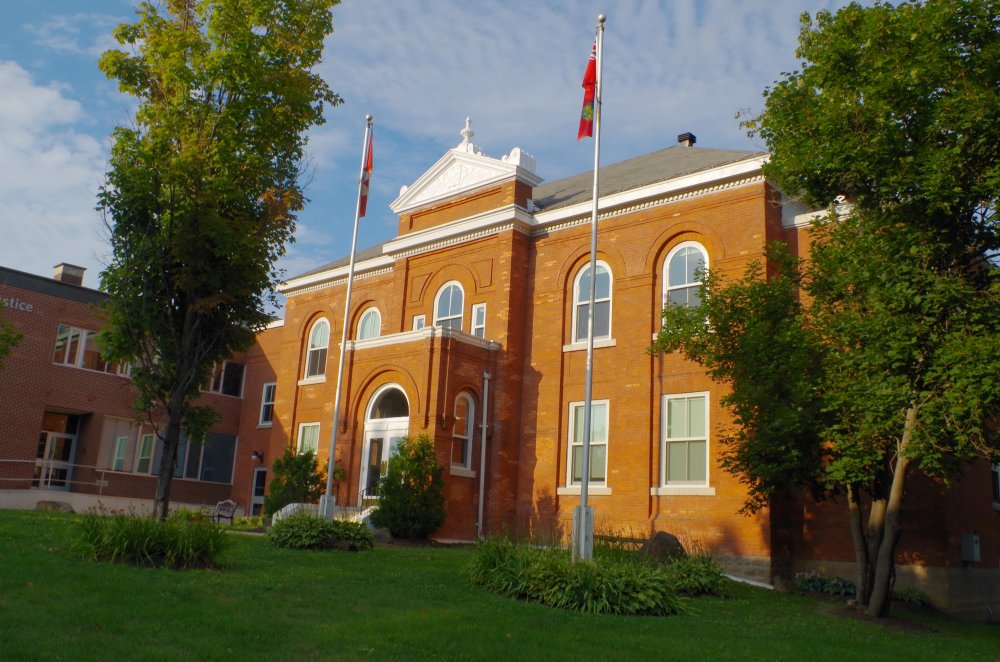 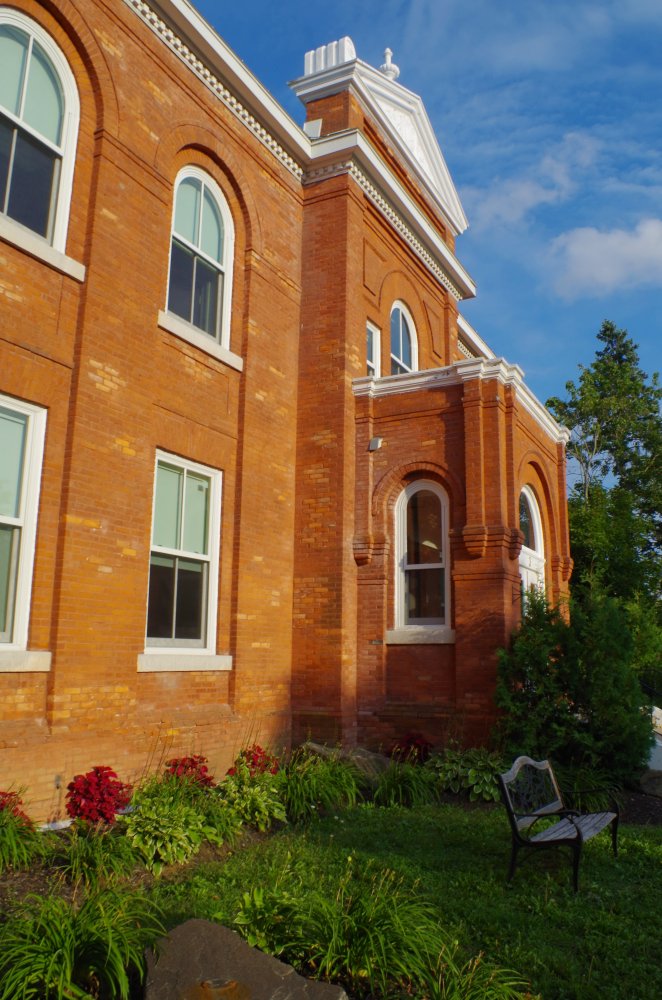 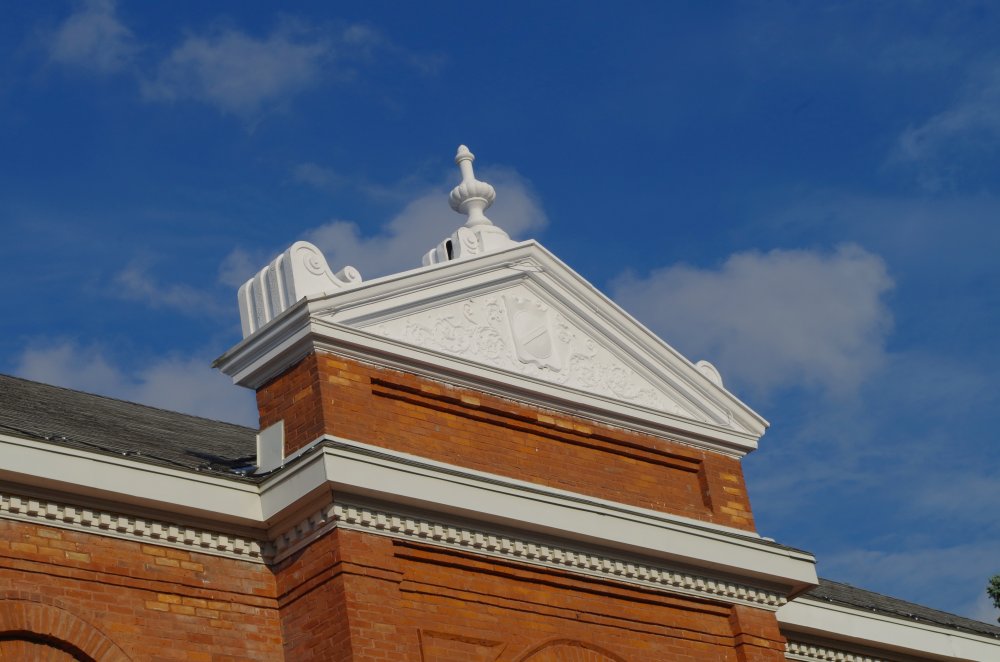 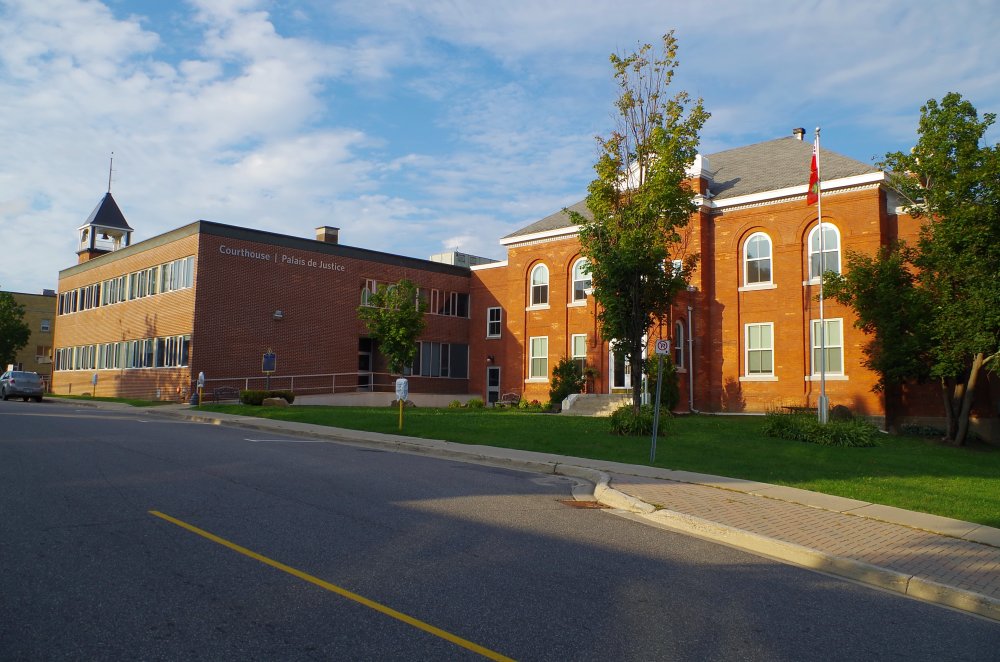 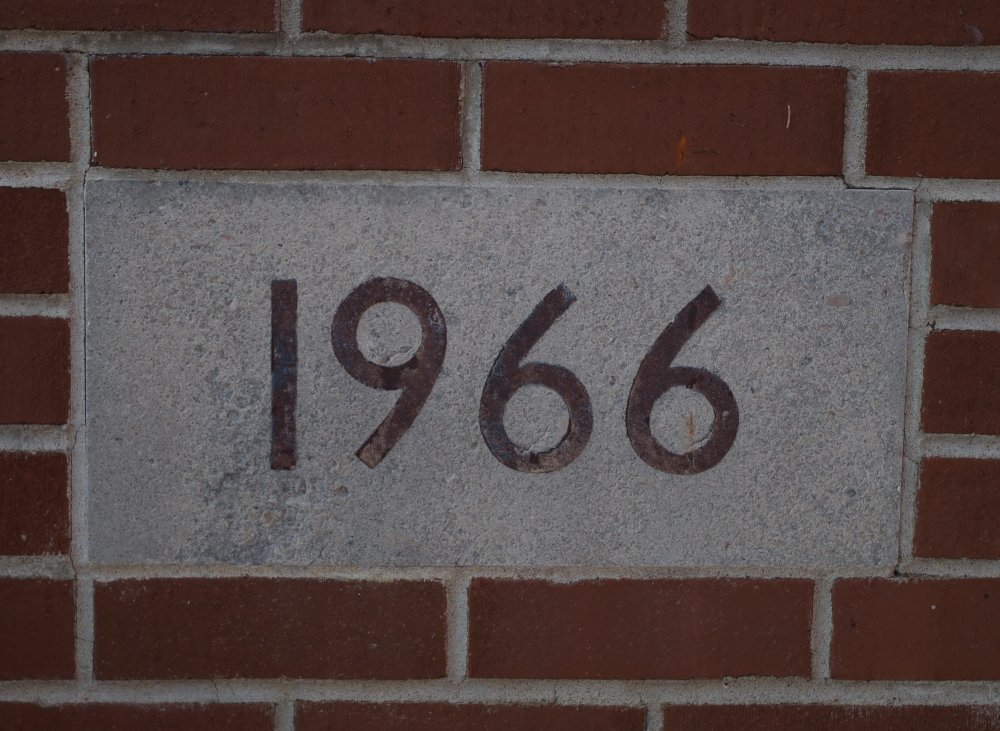