under Bay District is named for Thunder Bay at the head of Lake Superior and is the amalgamation of Port Arthur and Fort William.

Description:  The building faces southeast and is a three story red colored brick and concrete structure. The building is located at the top of a slope with park in front. The southeast front has a projecting centre section with arched stone framed entrance on the first story. Four columns rise from the second story to the top of the third story with pediment above. Fossil-bearing limestone was used in the columns and trim. Horizontal stone belts run above the first story and below the flat roof line. The court has moved to the new courthouse and the building is vacant. Description:  The building faces east and is a seven story red coloured brick, concrete and glass structure. The east front has a plaza with one story canopy supported by thin columns with recessed glass entrance. The north side of the building is two stories with horizontal windows. The southeast side has a two story glass and concrete section. On the south side of the building is the high tower section with red coloured brick facing and glass and panels on the north and south sides. The southwest section has a high tower section of white coloured concrete. The roof line is flat. The building houses the Superior Court of Justice, Provincial Court and court offices. Description:  The building faces south and is a three story red colored brick and concrete structure. The roof line is flat. The court has moved to the new courthouse and the building is vacant. 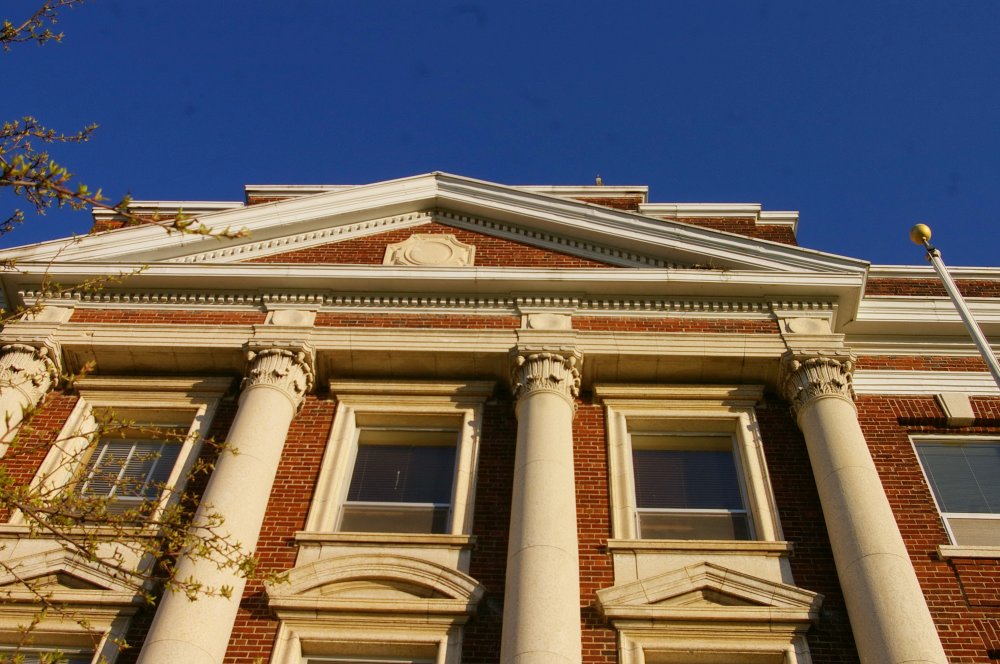