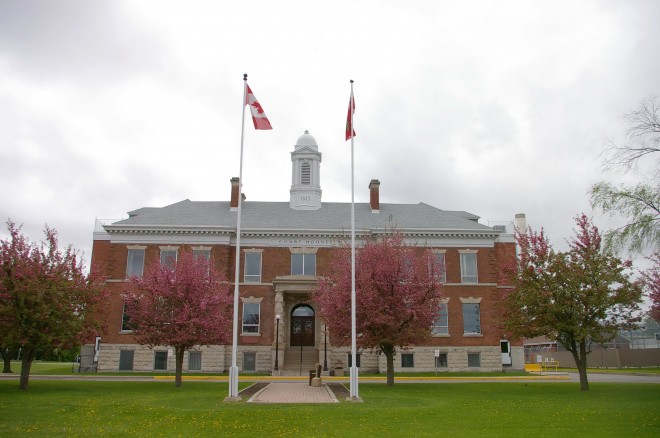 Rainy River District, which is named for the Rainy River which flows along the southern boundary. 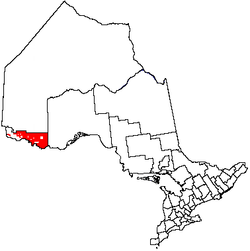 Description:  The building faces north and is a three story red coloured brick, stone and concrete structure. The building is located on spacious landscaped grounds in the center of Fort Francis. The building has a raised basement and is a “T” shape resting on a plinth of stone and foundation of cement. The north front has a small stone portico at the central entrance to the second story. There is a stone belt between the second and third stories and stone is used in the sill and heads of the windows and doors. The roof has two attic dormers on each side of the building and a central white coloured cupola. The roof is hipped. In the interior, the east-west corridor runs the width of the building. The Superior Court of Justice courtroom is located along the south side of second story. The courtroom when built was two-story high ceiling. Above the judge’s bench is a plaster coat of arms which was executed by William J Hynes of Toronto. On the third story is a small courtroom and the Law Library. In the southeast corner of the basement is the small Ontario Court of Justice courtroom. The building houses the Superior Court of Justice and the Ontario Court of Justice. Berlin Interiors Hardware Company supplied the furnishings, and Ontario Art Brass Company of Toronto supplied the electrical fixtures. The superintendent during construction was A F Scott of Fort Frances. The building was altered in 1929 and remodeled in 1952. To the southwest is the old two story red coloured brick Jail. 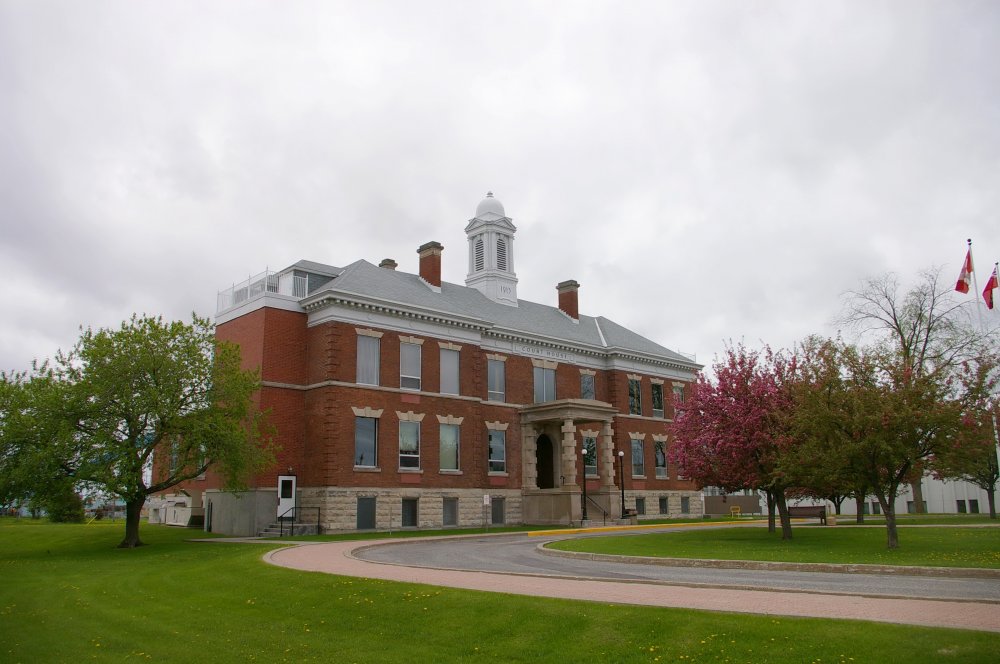 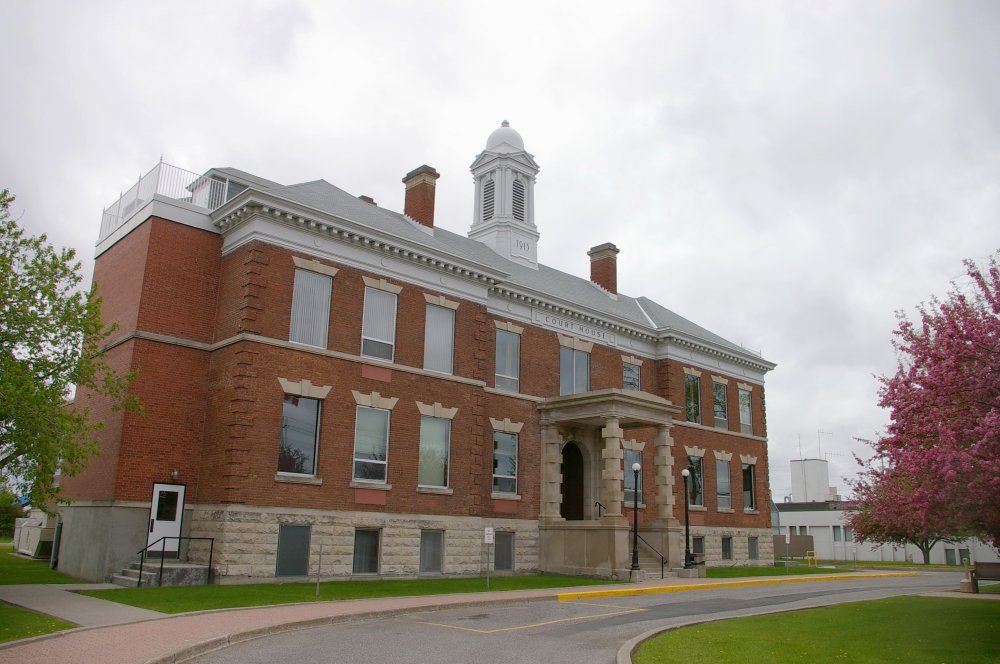 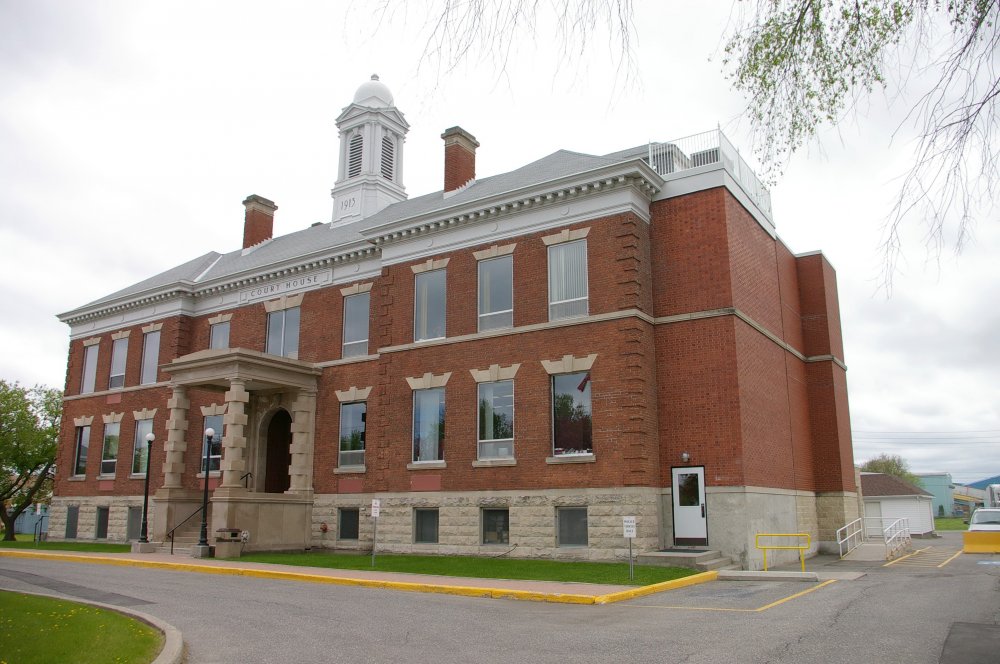 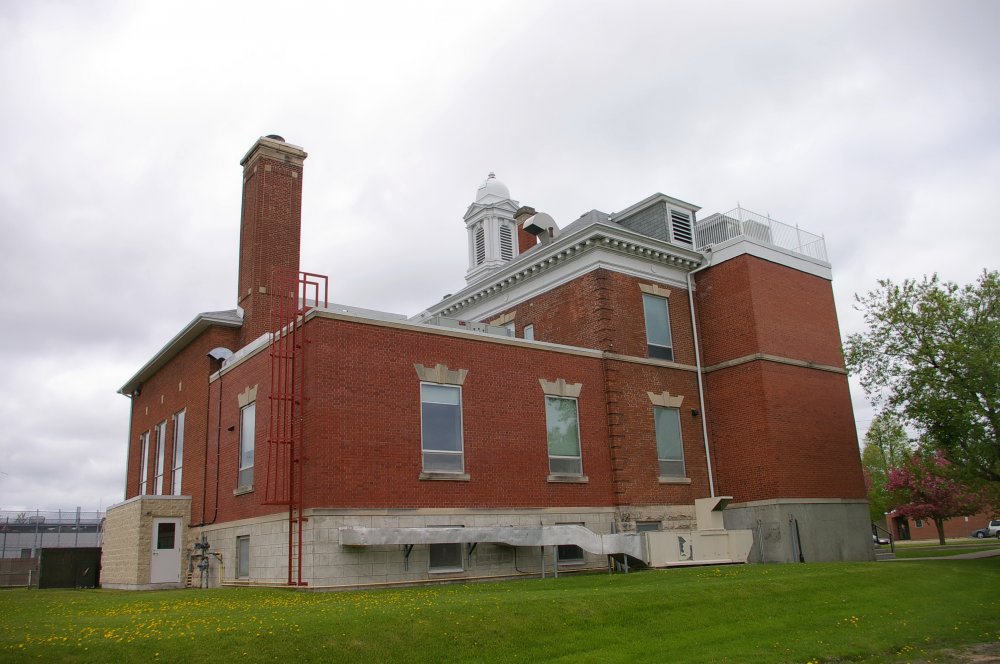 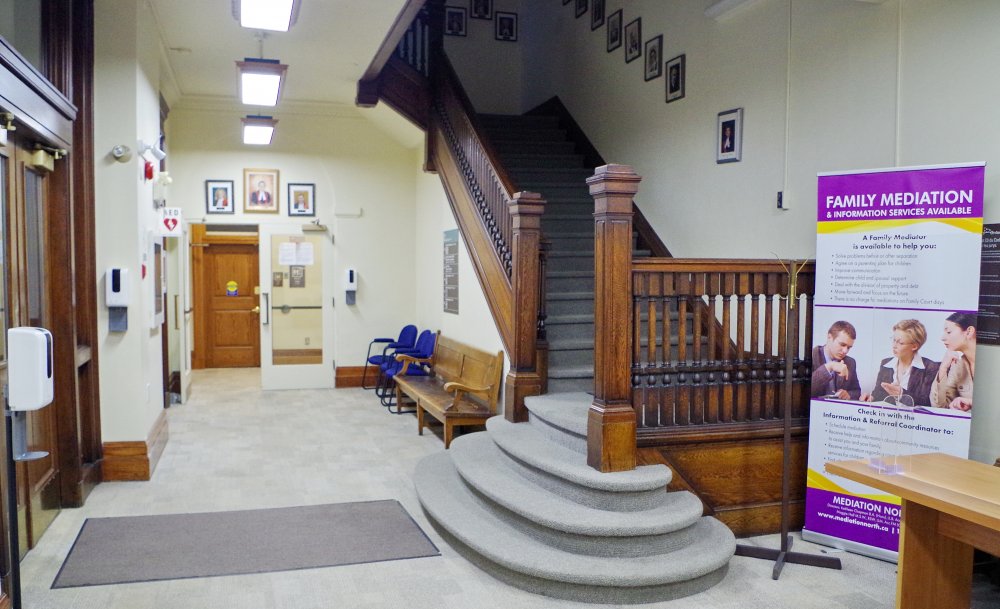 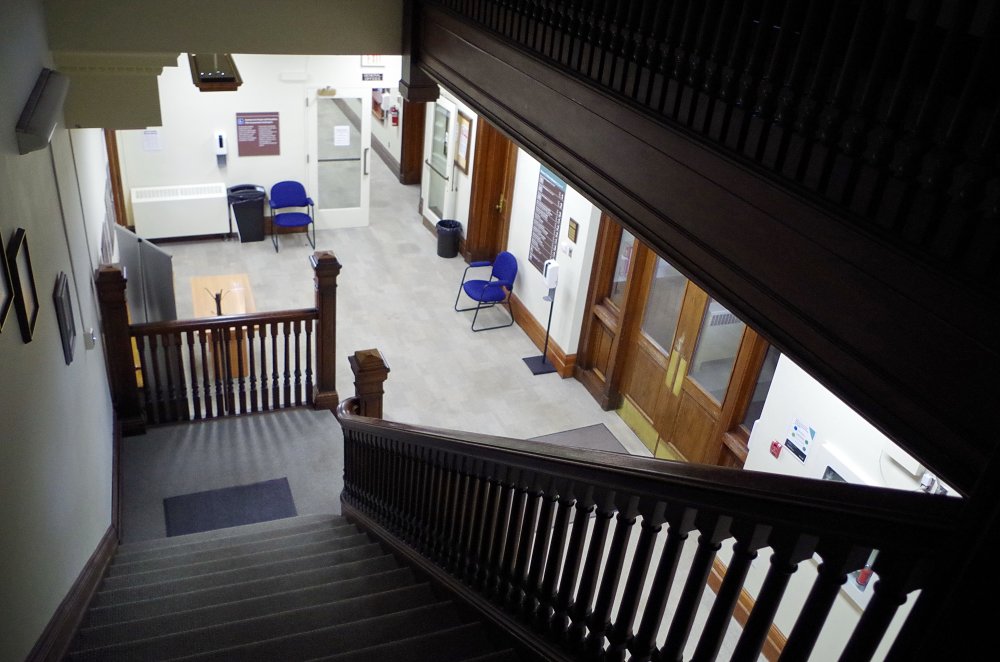 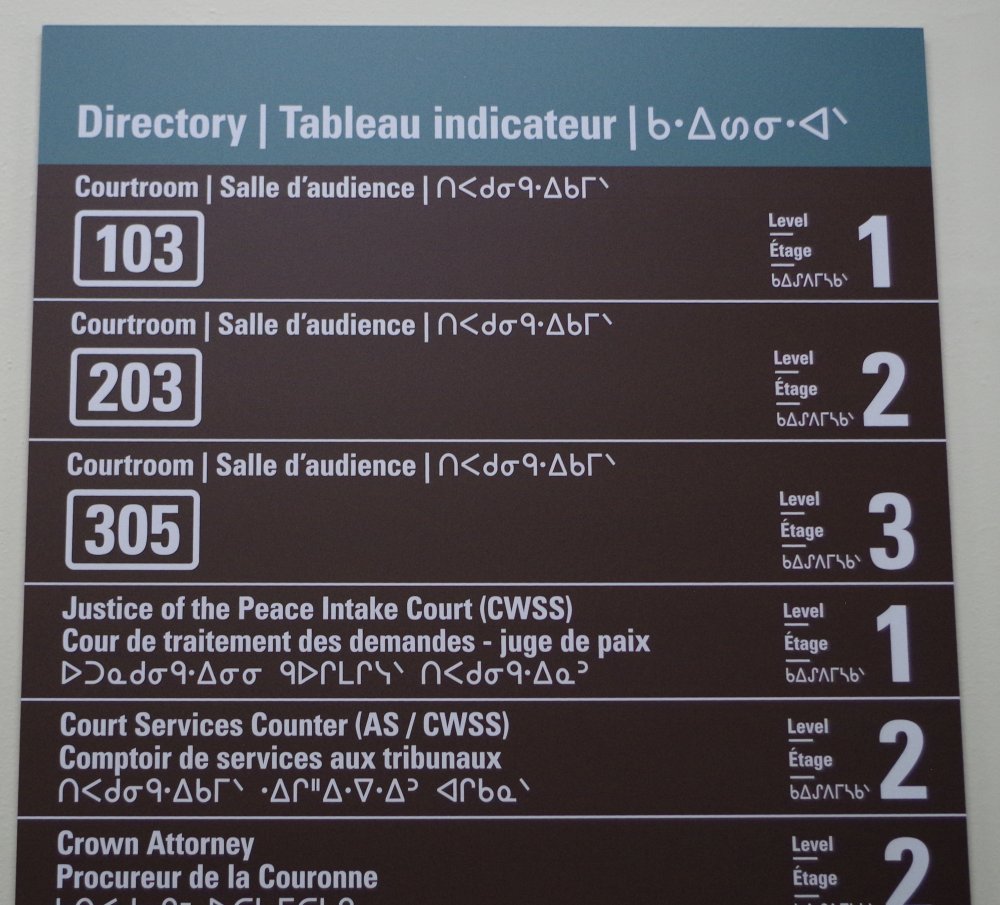 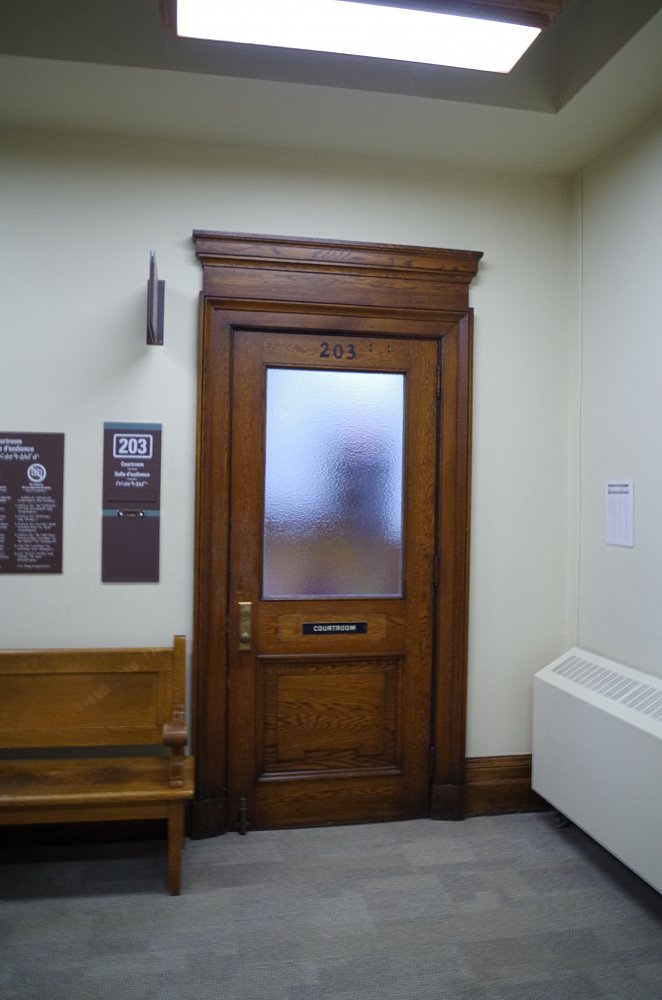 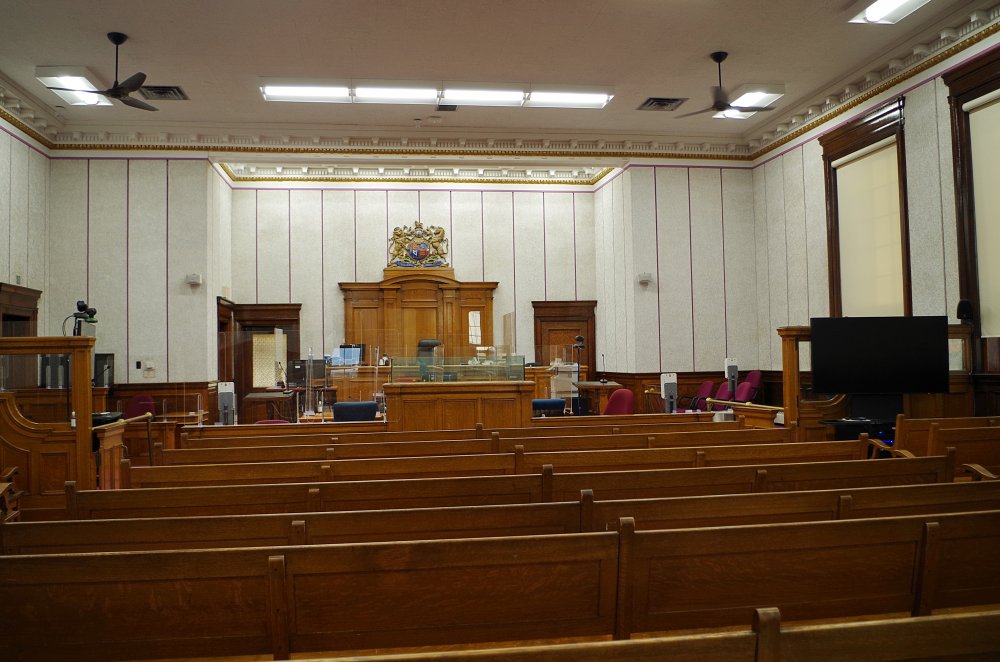 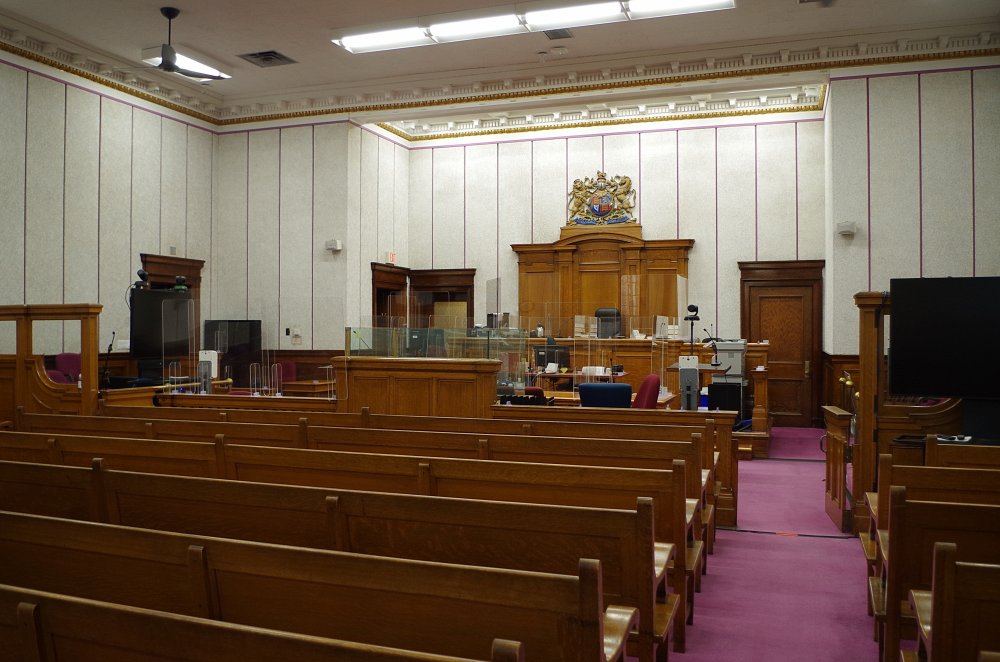 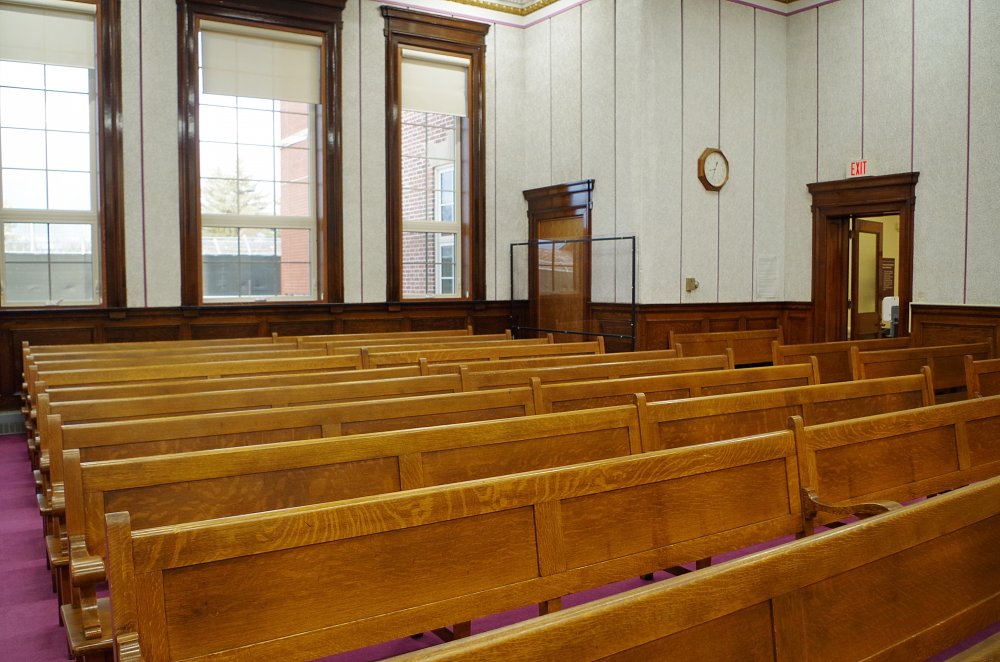