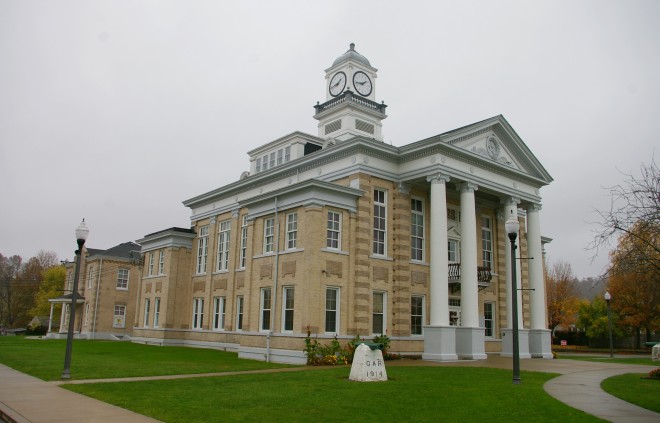 Wirt County is named for William Wirt, who was a United States Attorney General.

Description:  The building faces southwest and is a two story buff and brown colored brick, stone and concrete structure. The building is located on landscaped grounds in the center of Elizabeth. The southwest front has a large portico with four white colored columns rising to a pediment at the roof line. There are short east and west wings. On the center of the roof is a square cupola with large clock. Behind the cupola is a long dormer. The foundation is stone. In the interior, the south corner has stairs with an original wood railing and newel post. There is a front entrance hall with a long central hallway with decorative terrazzo floor with dark oak trim and paneled doors.  The courtroom is located on the second story and is decorated with oak wainscoting. The floor is sloped and an oak baluster separates the gallery from the court area.  The judge’s bench constructed of oak, is raised in the center of the room. Formerly there was a balcony above the courtroom. The building houses the County Circuit Court of the 4th Judicial Circuit, County Magistrate Court and County Family Court.

History:  The county was created in 1848 and Elizabeth was selected as the county seat. The county first met at the home of Alfred Beauchamp. The first courthouse was designed by Peter G VanWinkle and built by Lysander Dudley of Wood County and H W Tucker in 1848. During the Civil War the courthouse was burned. Construction was supervised by W P Rathbone. The second courthouse was built in 1864 and was destroyed by fire in 1909. The public school on Court Street became the third courthouse until the fourth and present courthouse was constructed in 1911 to 1912. 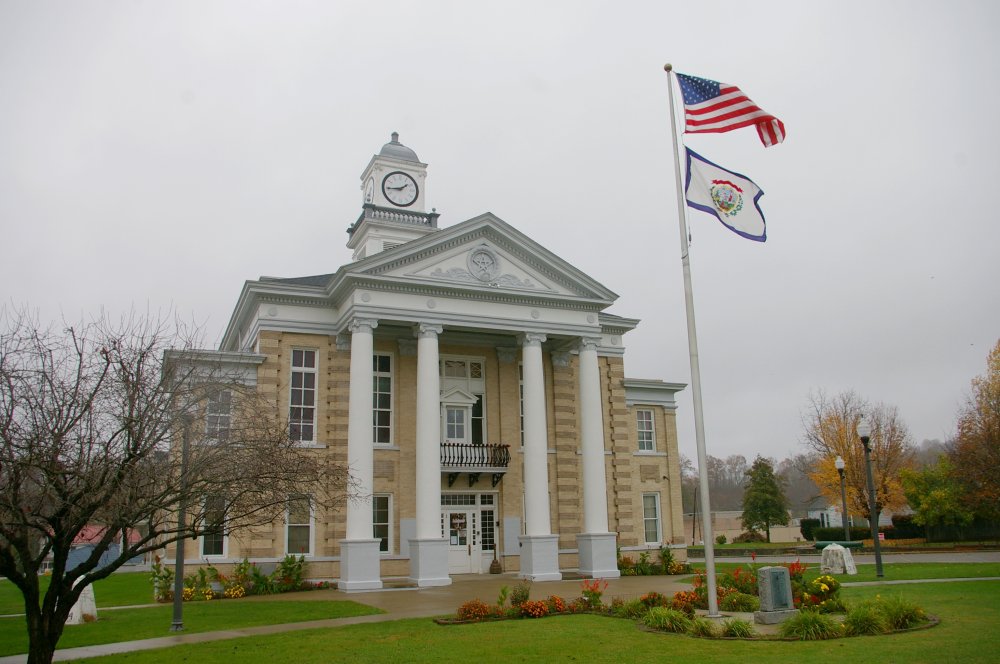 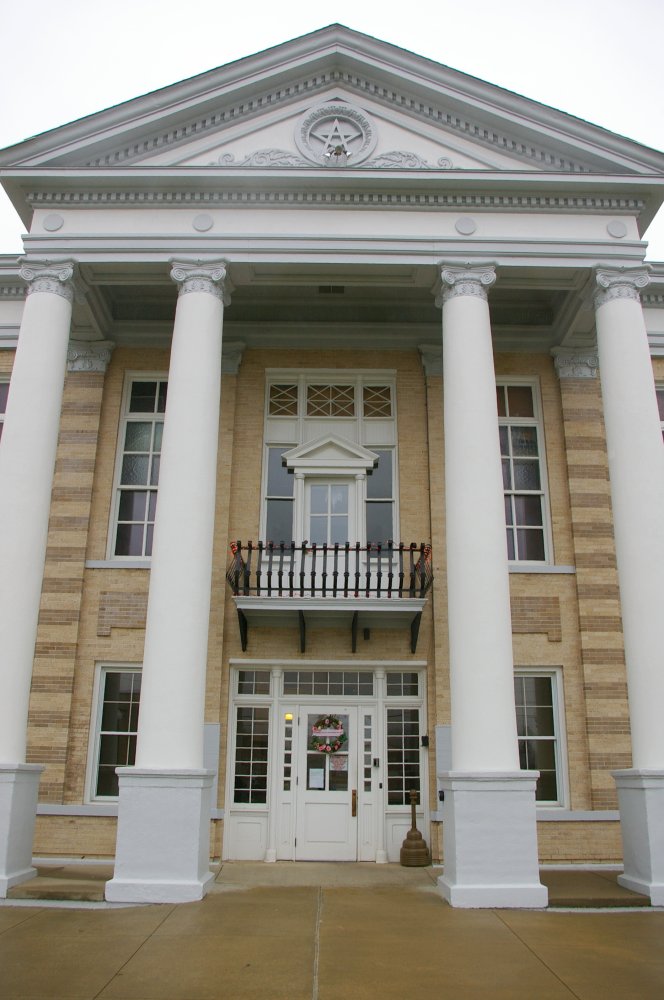 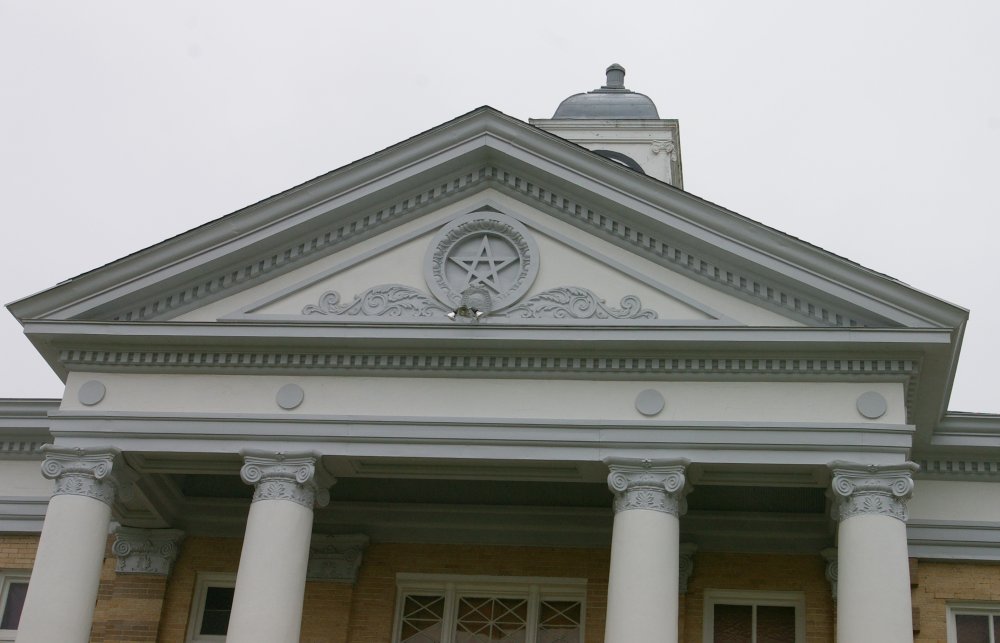 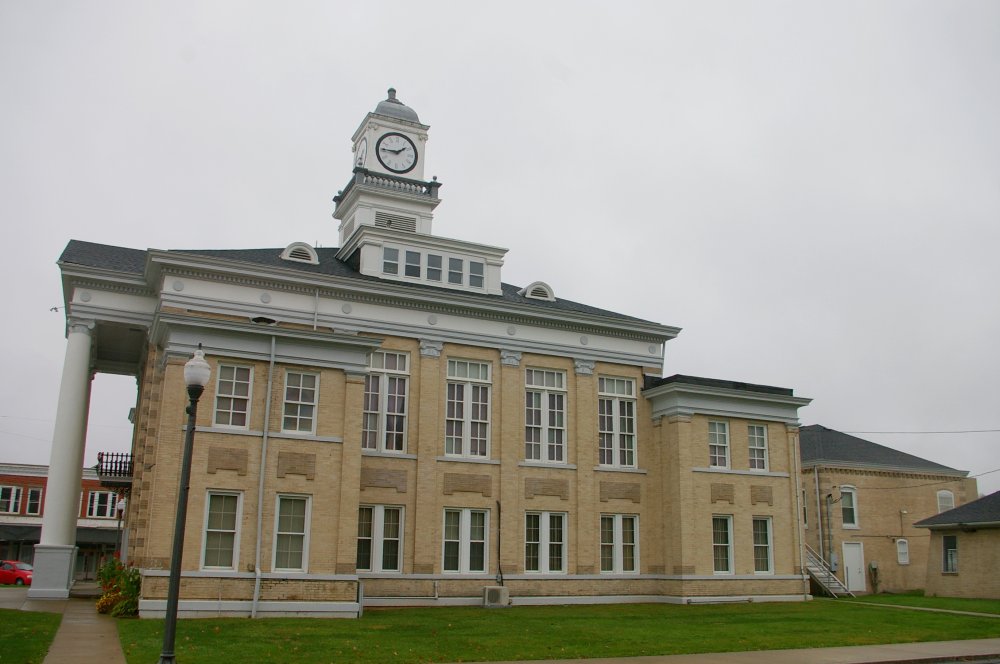 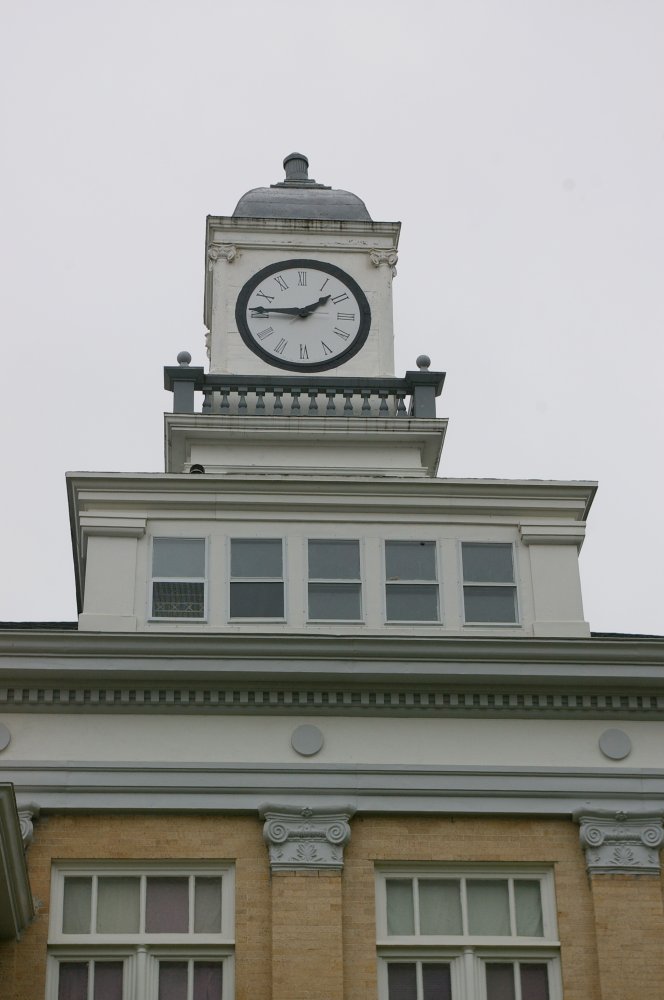 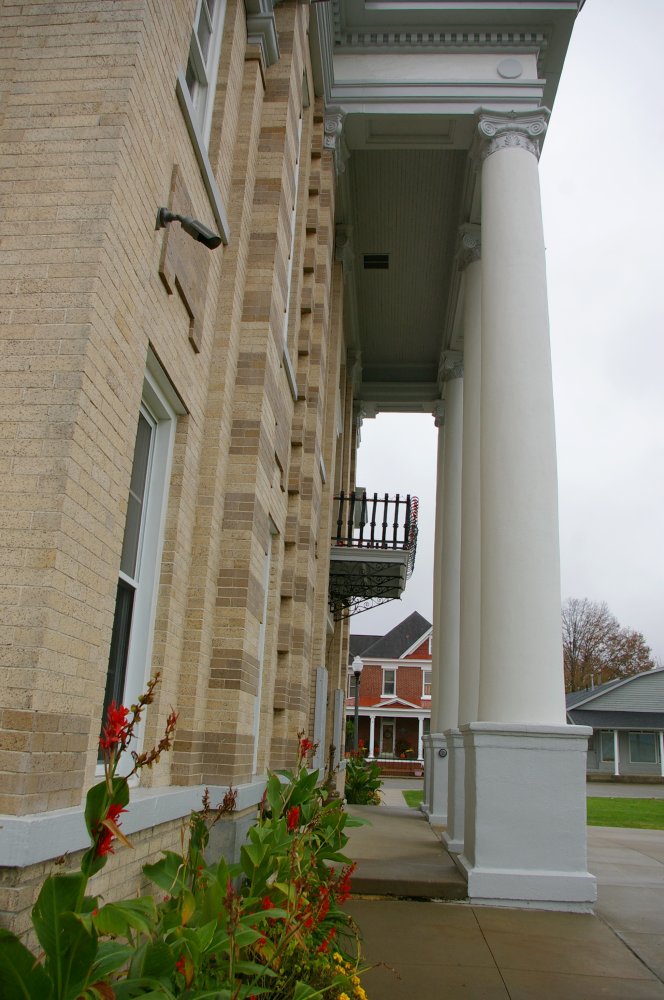