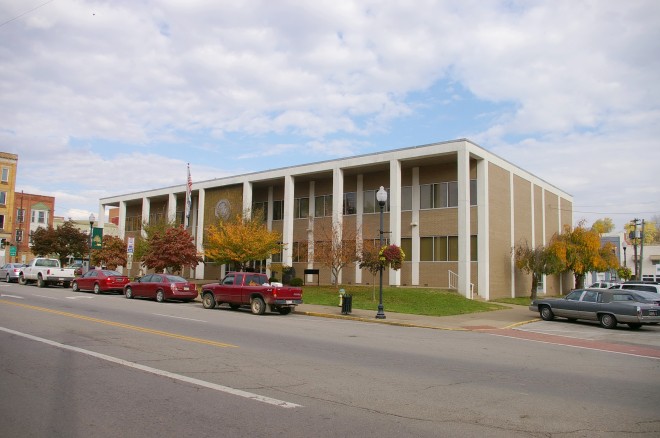 Roane County is named for Spencer Roane, who was a judge of the Virginia Supreme Court. 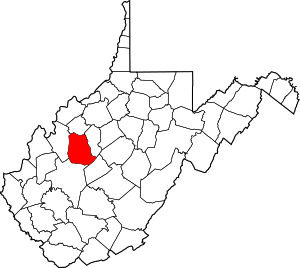 Description:  The building faces south and is a two story buff colored brick, concrete and glass structure. The rectangular shaped building is located on landscaped grounds in the center of Spencer. The south front has ten tall pillars supporting the roof overhang. The central entrance is glass. The windows are horizontal. There are no windows on the east and west sides. The roof line is flat. The building houses the County Circuit Court of the 5th Judicial Circuit and County Family Court.

Note:  The County Magistrate Court is located across from the courthouse at 201 Main Street and Church Street. 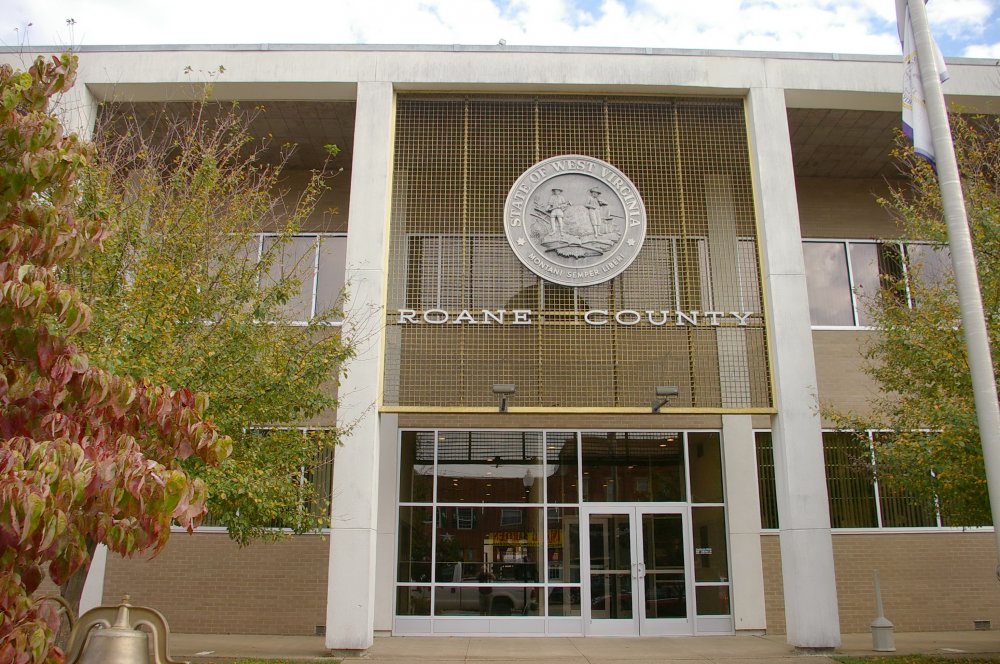 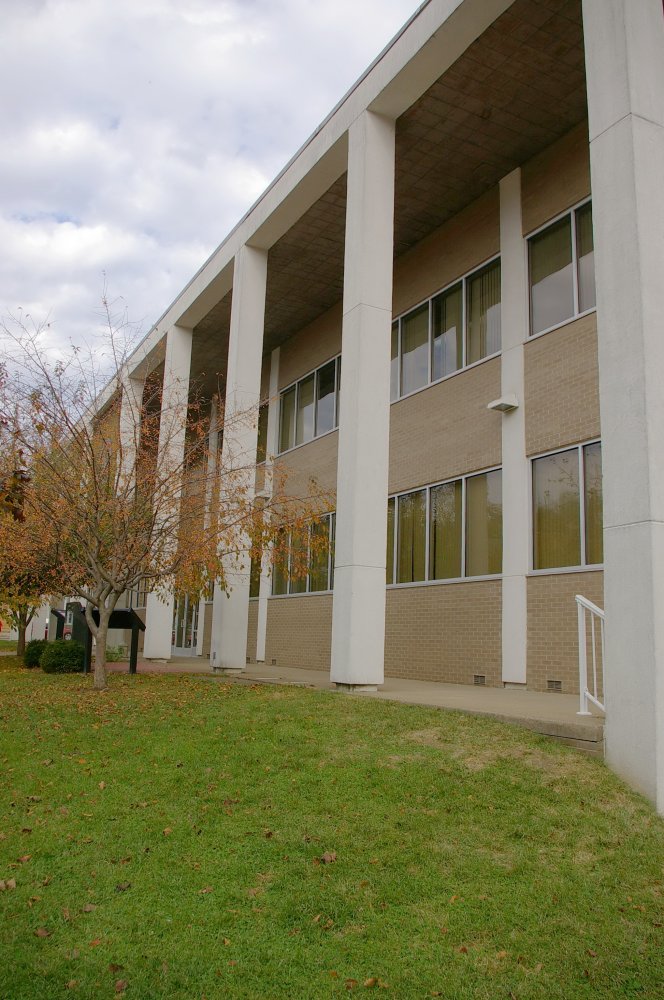 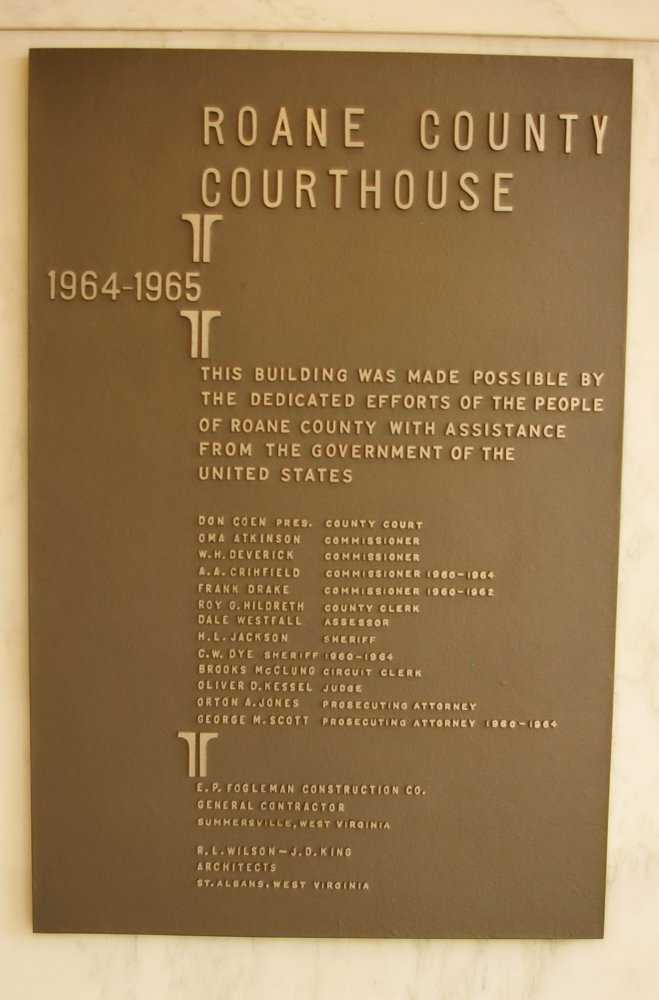