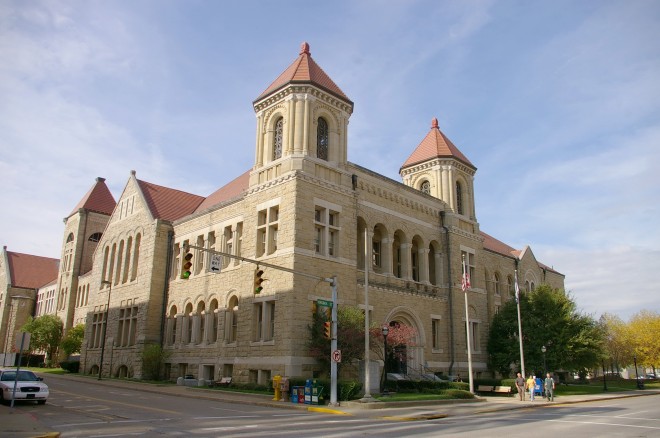 Kanawha County is named for the Kanawha River which name is derived from the American Native term meaning “place of white stone”.

Description:  The building faces north and is a two story sandstone  structure. The building is “L” shaped with the north section along Virginia Street and the east section along Court Street. The building is constructed of locally quarried grey limestone and has two square stone towers on either side of the eastern section of the north front. The towers have open arched windows with steep red roofs above. The central entrance is arched with stone. On the second story there are five open arches with recessed windows. The second unit was constructed in 1917 along Kanawha Boulevard on the south side. The architect was H Rus Warne and the contractor was Central Engineering Company. In 1924 an addition was added to the main courthouse and extended west along Virginia Street. The architect was Warne, Tucker & Patterson and the contractor was Wallace Knight Construction. 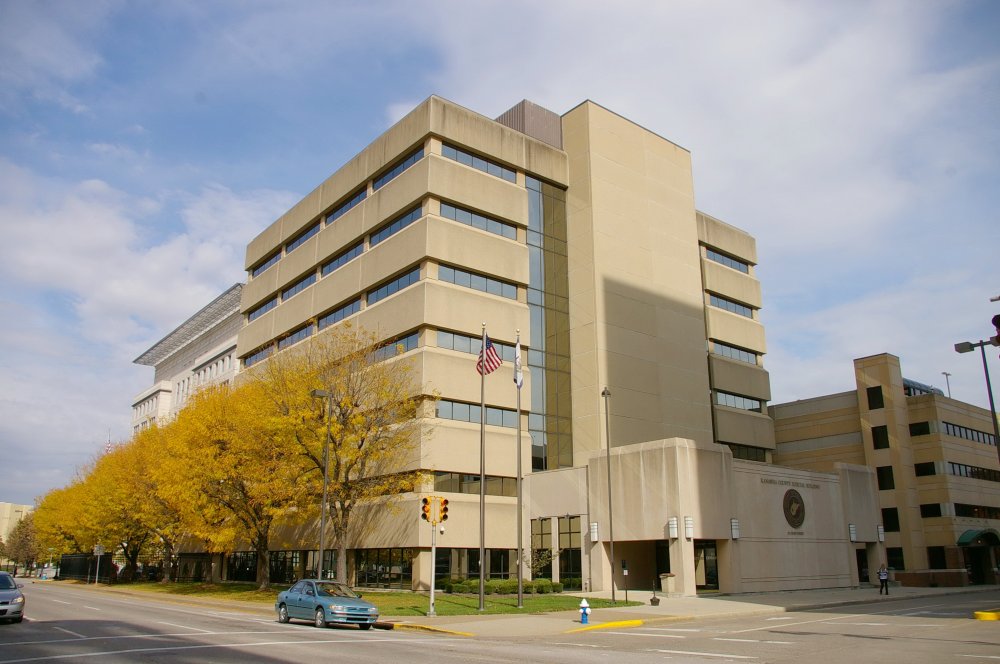 Description:  The building faces east and is a seven story polished stone, concrete and glass structure. The east front has a one story section with recessed entrance. Behind rises the main building which has horizontal windows and a flat roof line. 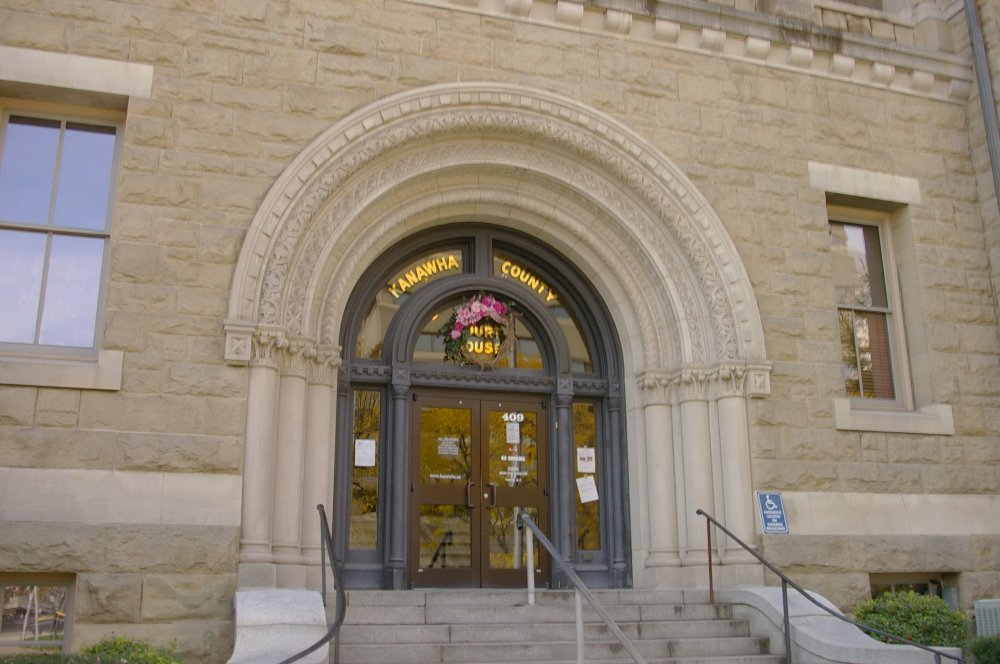 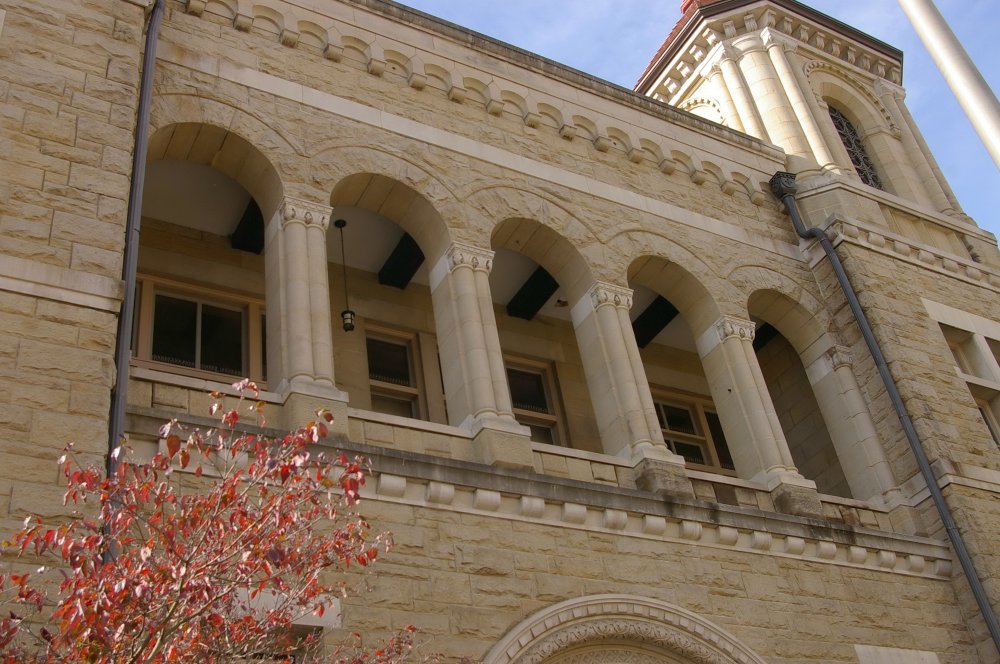 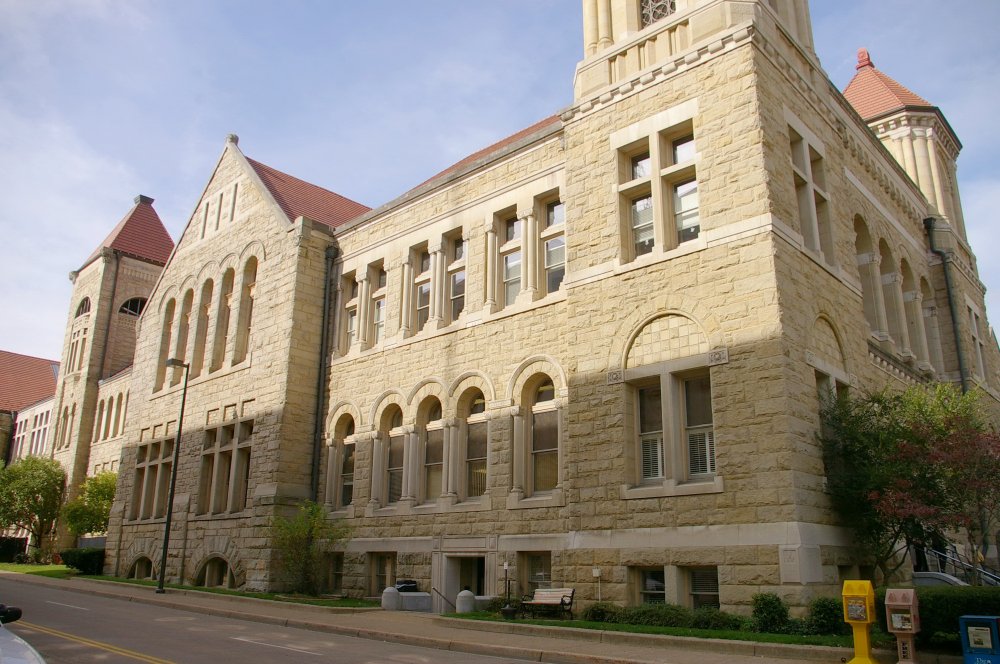 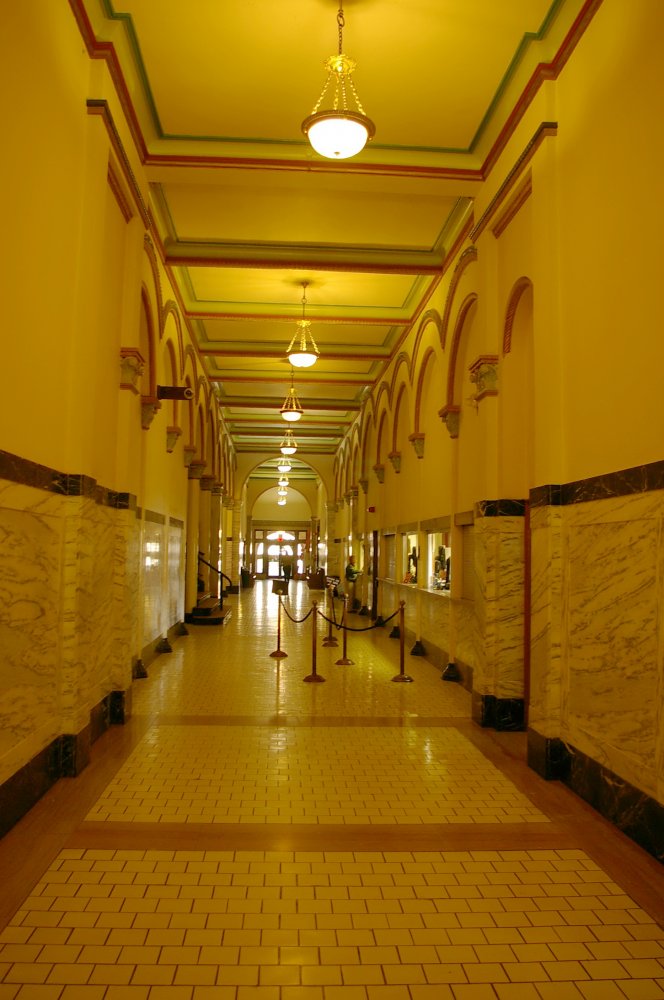 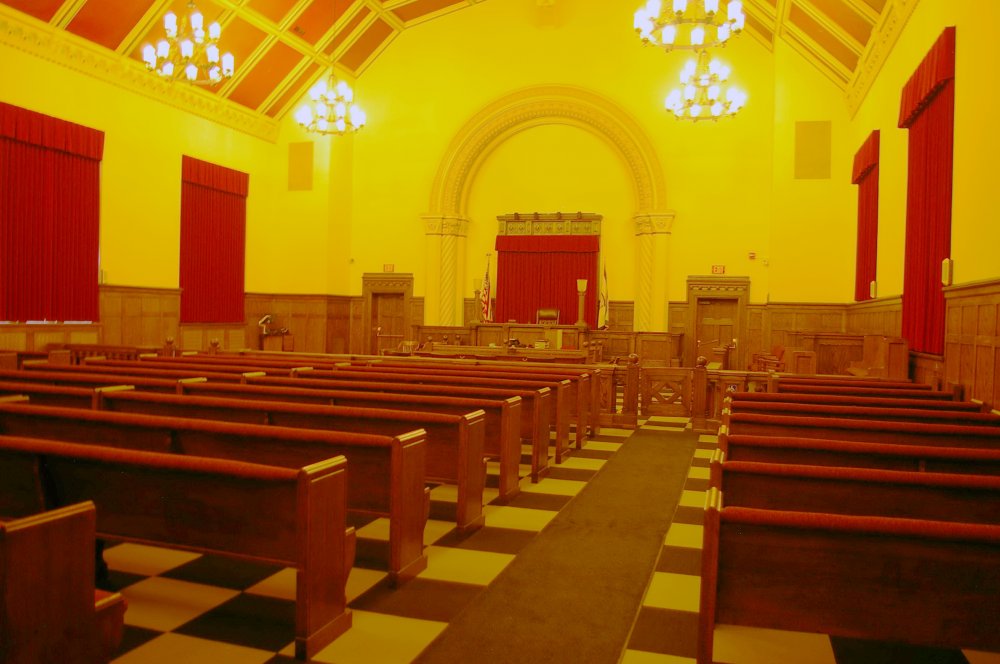 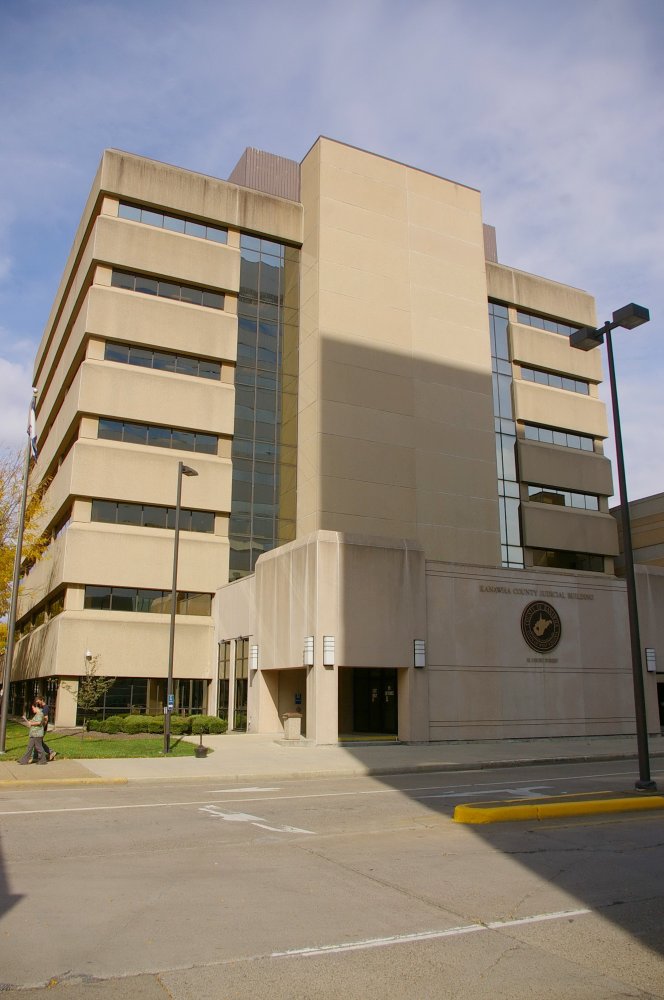