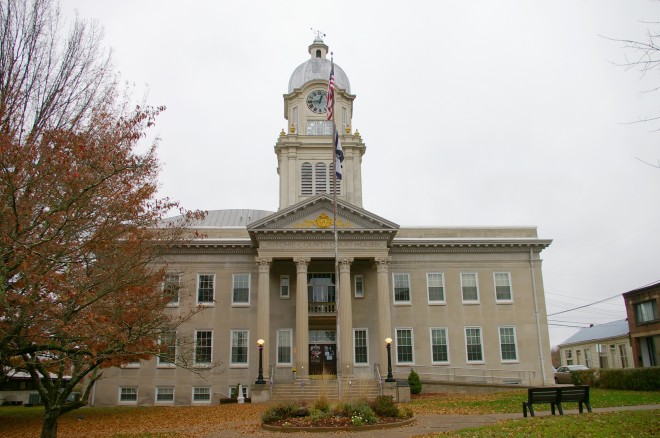 Ritchie County is named for Thomas Ritchie, who was politician in Virginia. 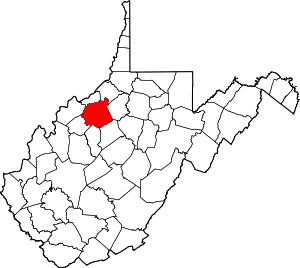 Architect:  Holmboe and Pogue of Clarksburg

Description:  The building faces south and is a two story buff colored sandstone and concrete structure. The building is located on landscaped grounds of the Courthouse Square in the center of Harrisville. The south front has a large portico with four Corinthian columns rising to a pediment at the roof line. Above the first story entrance is a small balcony. On the roof is a large square cupola rising to an octagonal cupola with clock and dome with small cupola at the top. In the interior is a center rotunda with white colored plaster pilasters with Doric columns, a terrazzo floor with a star and compass motif and sandstone wainscoting. Stairs ascend to the second story where the courtroom is located, The courtroom is extensive with a balcony. The woodwork is dark oak. The judge’s bench is oak and is flanked by two pairs of massive fluted pilasters supporting a flat arch above. The floor of the gallery and balcony slope gently towards the oak spindle railing dividing the public and the court. The ceiling is domed and has a skylight. The building houses the County Circuit Court of the 3rd Judicial Circuit and County Family Court.

See:  The architect, Holmboe & Pogue of Clarksburg and the contractor, Putnam & Foreman of Marietta, Ohio also designed and built the courthouse in Pleasants County.

History:  The county was created in 1843 and Harrisville4 was selected as the county seat. The first county meeting was held at the home of John Harris in 1843. In 1844, Alexander Glover constructed the first jail. In 1845, the court moved into the Baptist Church as the first courthouse. The second courthouse was built in 1874 and an annex was built in 1899. The third and present courthouse was constructed in 1923 to 1924. 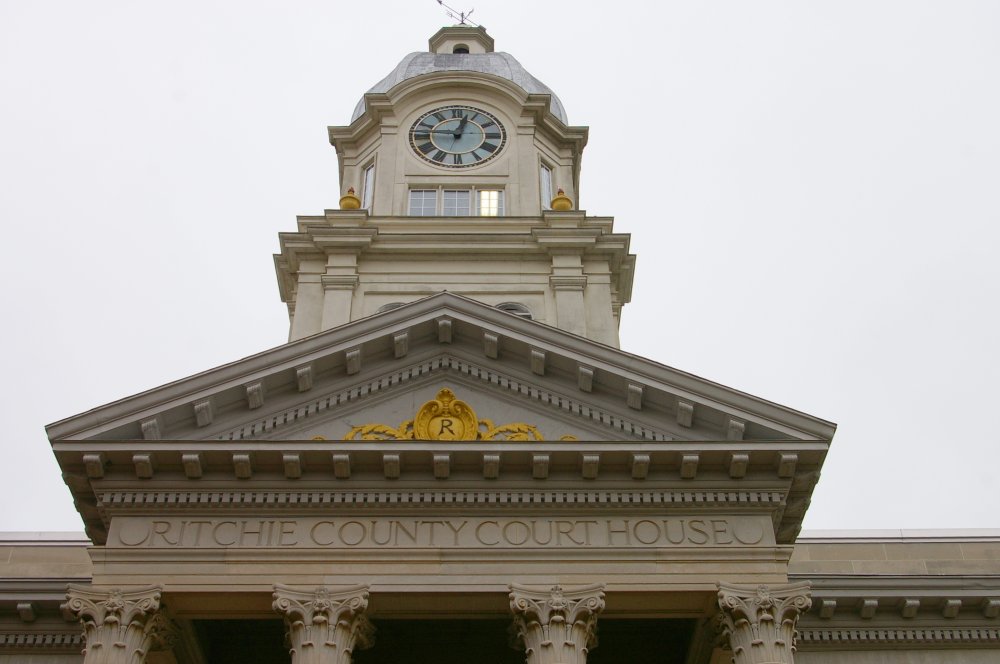 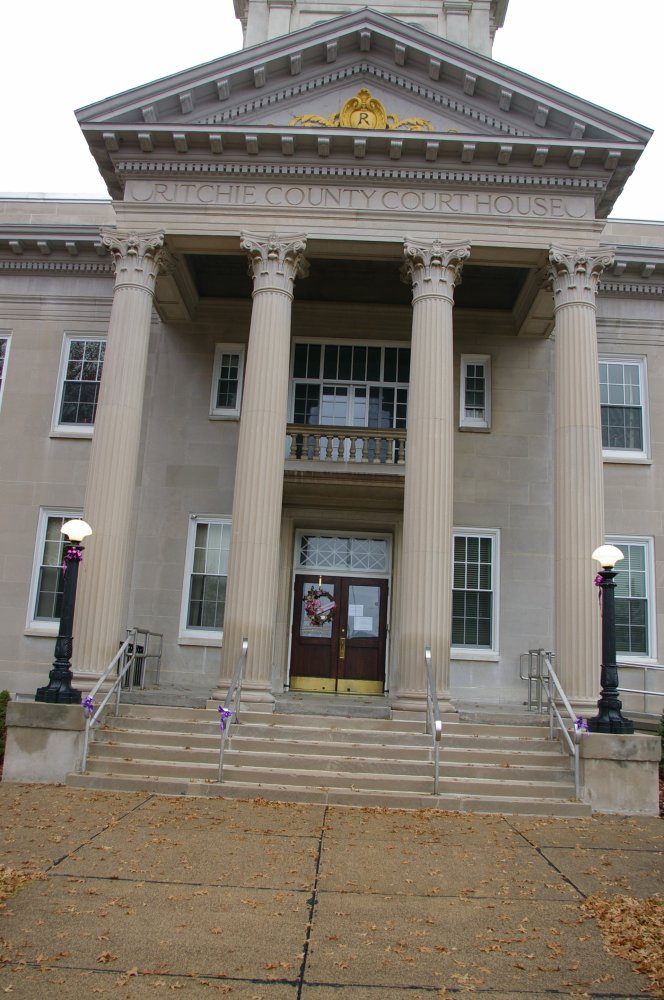 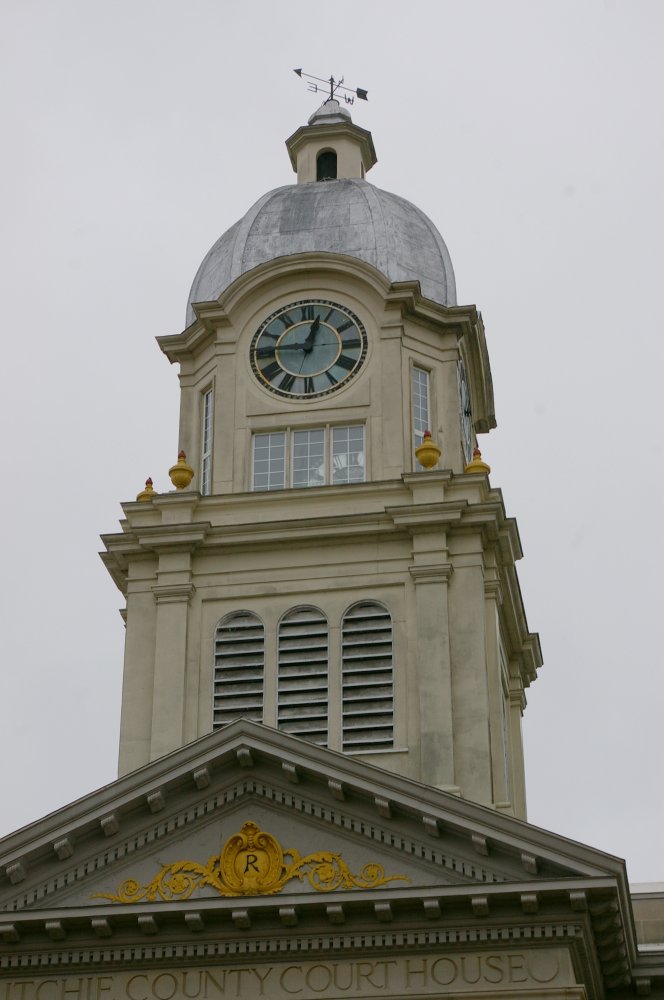 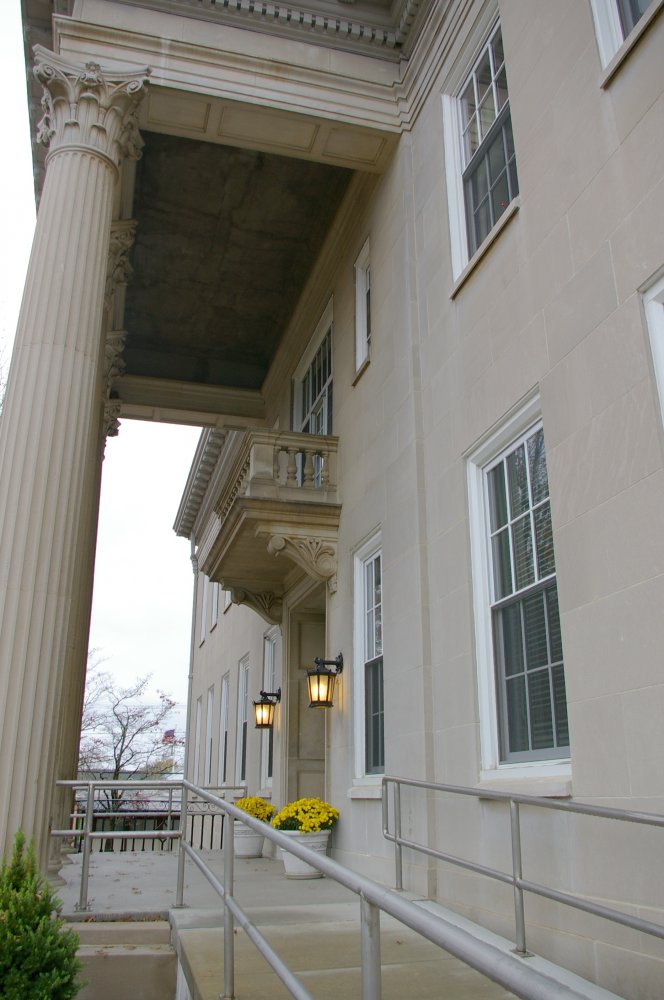 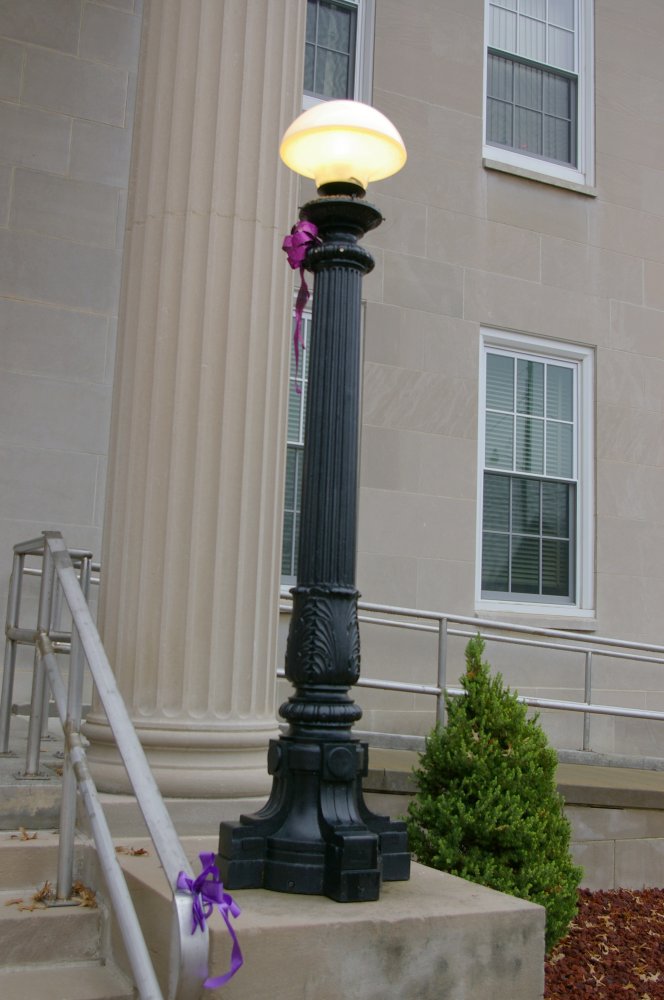 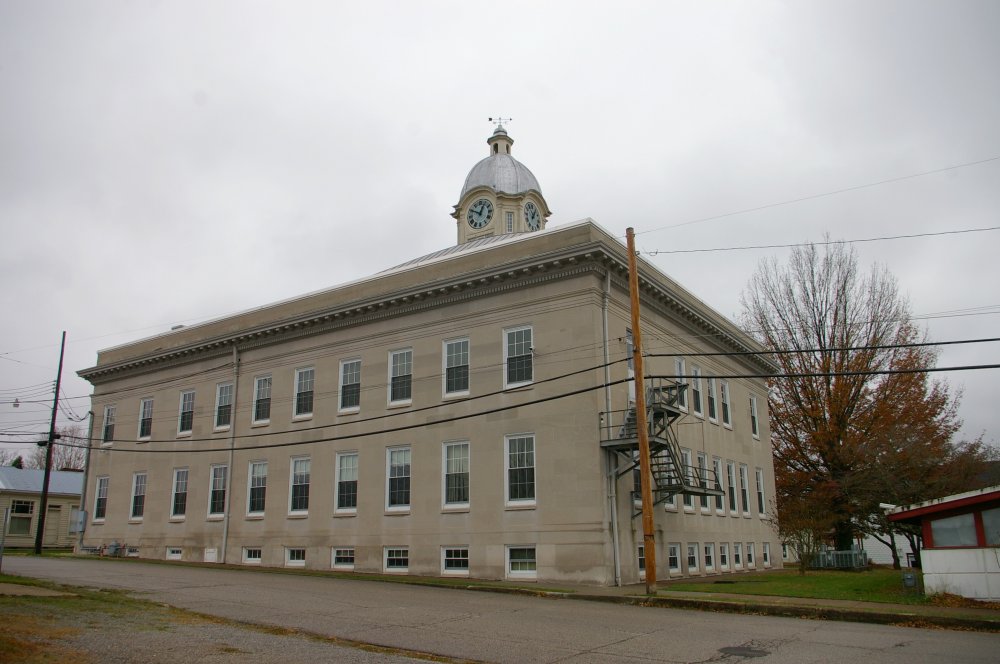 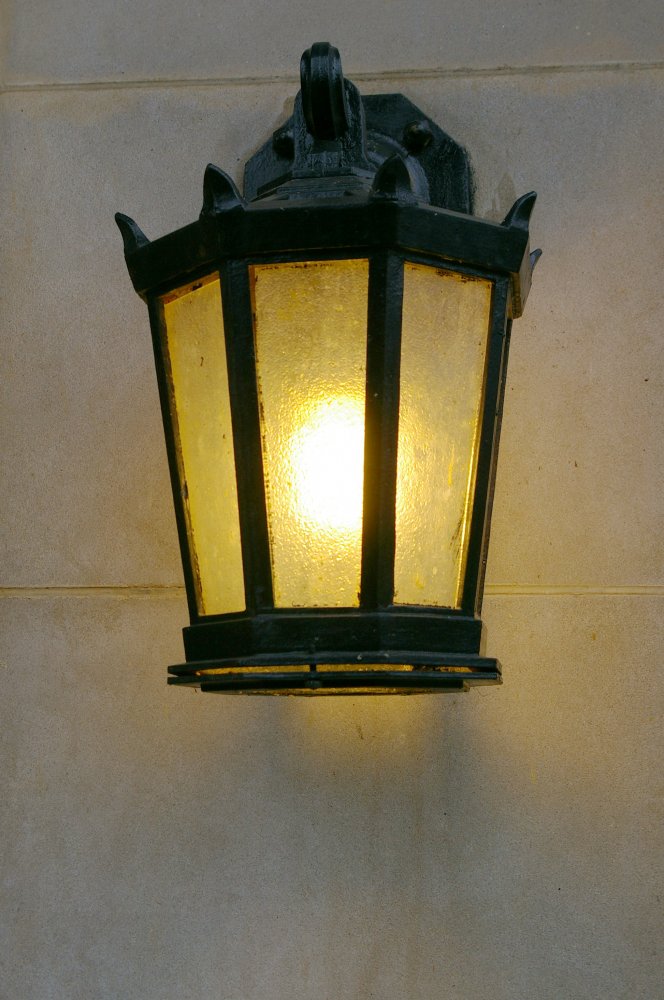 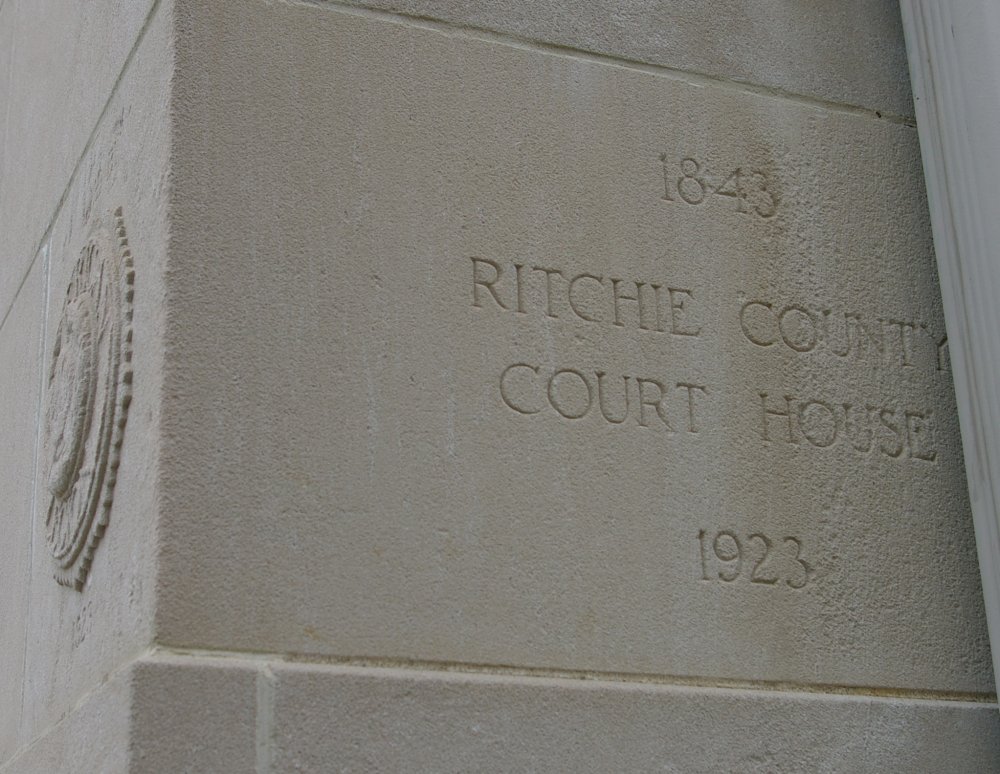