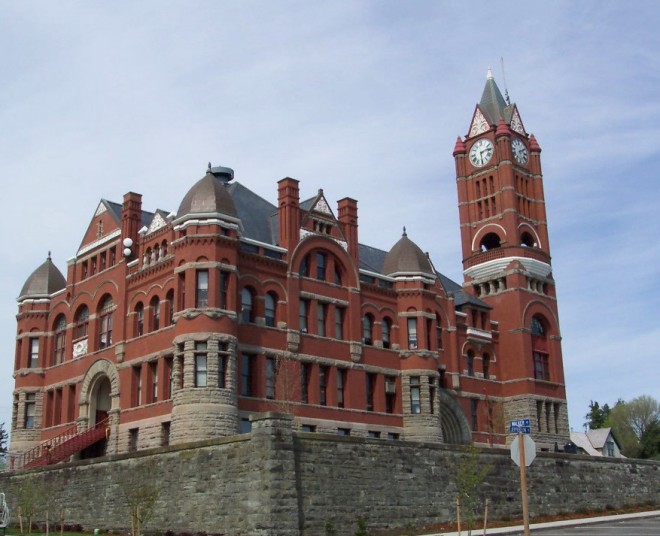 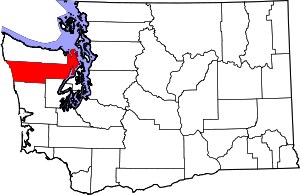 Description:  The building  faces south and is a three story stone and dark red colored brick and sandstone structure. The building is located on landscaped grounds on a hill overlooking the center of Port Townsend. On the south front is a large arched entrance on the first story. The west side also has a recessed arched entrance. There is a large square brick clock tower which rises 143 feet on the southeast corner. On the other corners are round towers with dome roofs. The roof is hipped with gable ends. The base of the building is grey colored stone. The courtroom on the third story is a massive room decorated with handcarved solid oak panelling.

Note:  During construction eleven stone-cutters and twelve mason were utilized. The building is the one of the oldest courthouses in Washington. The clock was shipped around Cape Horn and has been in service for over seventy-six years.

See:  The architect Willis A. Ritchie also designed the courthouse in Spokane County.

History:  The county was created in 1852 and Port Townsend was selected as county seat. The county rented premises. The first courthouse was built in 1874. The second and present courthouse was constructed in 1890 to 1892 at a cost of $15,000.