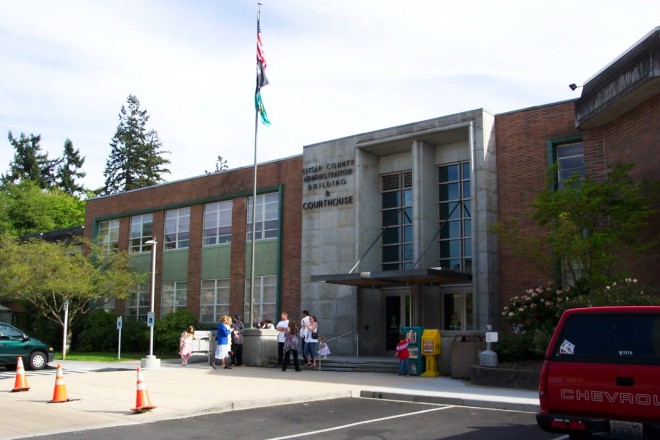 Kitsap County is named for Chief Kitsap, who was the chief of the Suquamish Native American tribe. 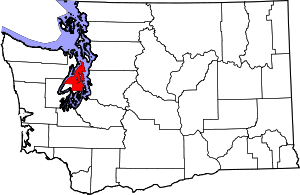 Description:  The building  faces north and is a two story dark red colored brick and concrete structure. The building  has a concrete framed entrance with vertical divider in the center and glass windows on either side. On the east side of the entrance is a stone section. The windows have green colored panels between the first and second stories. The original building was “U” shaped. The building was expanded in 1947 to 1948. The architect was Kenneth G Branch. Further additions were constructed in 1969, 1970, 1971, 1974 and 1978. 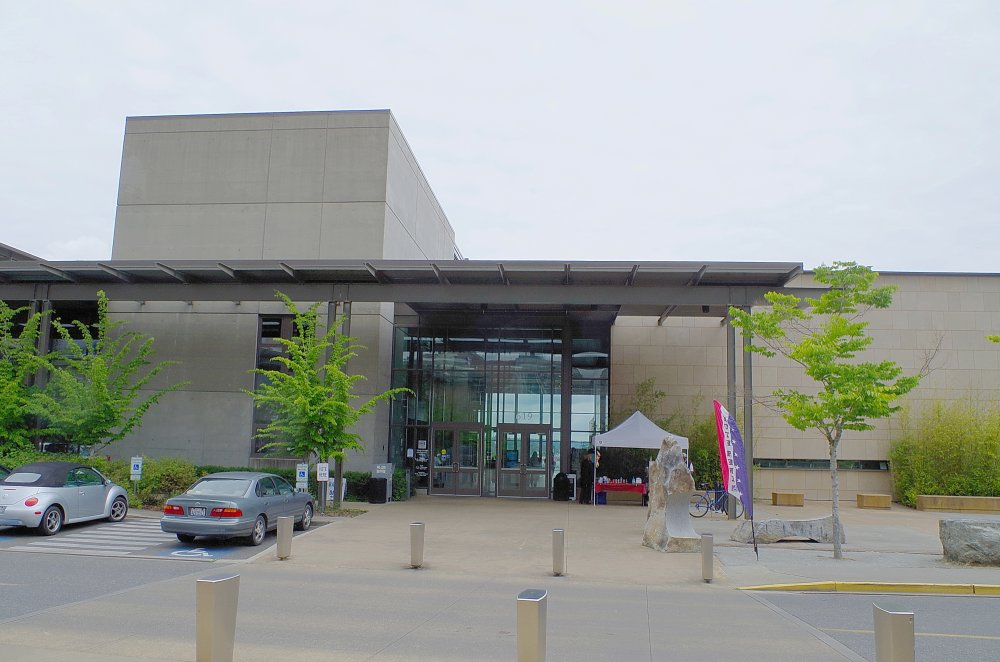 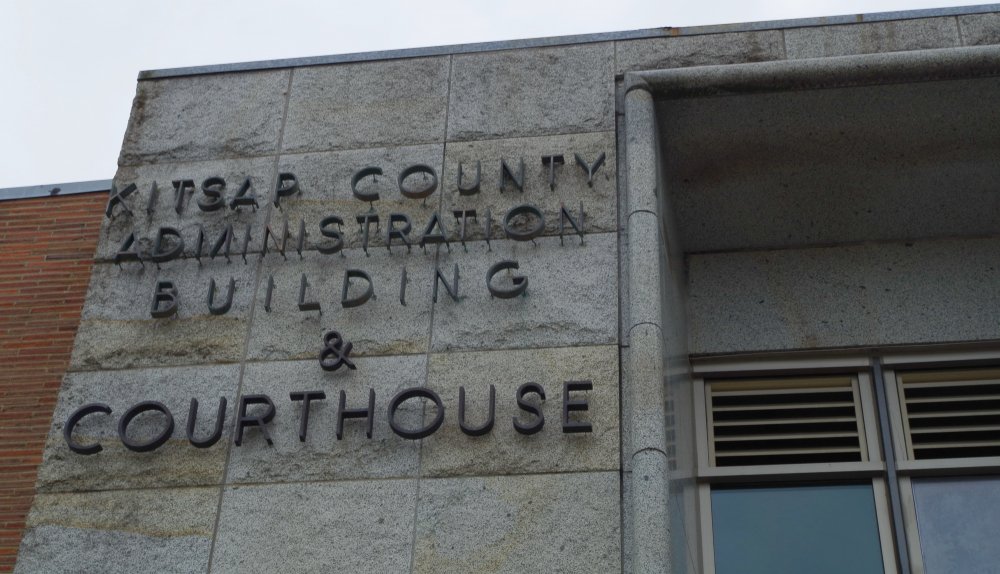 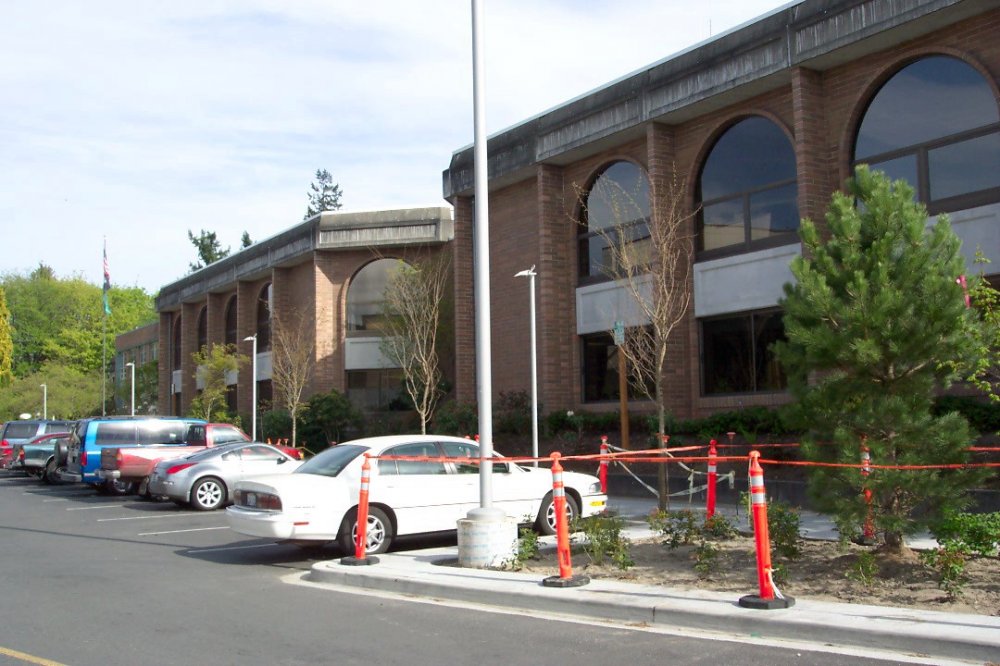 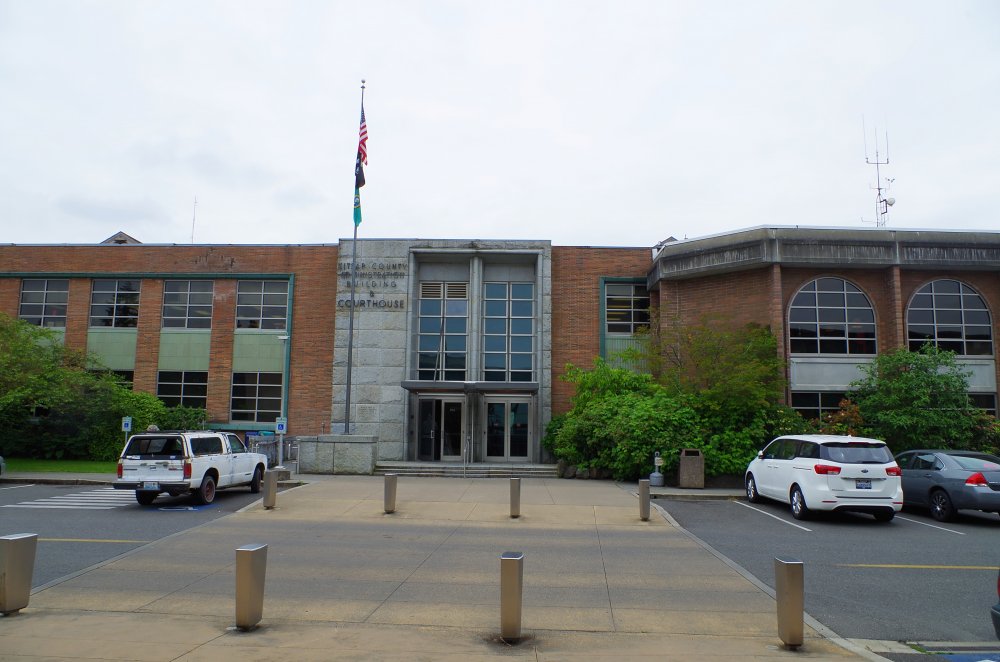 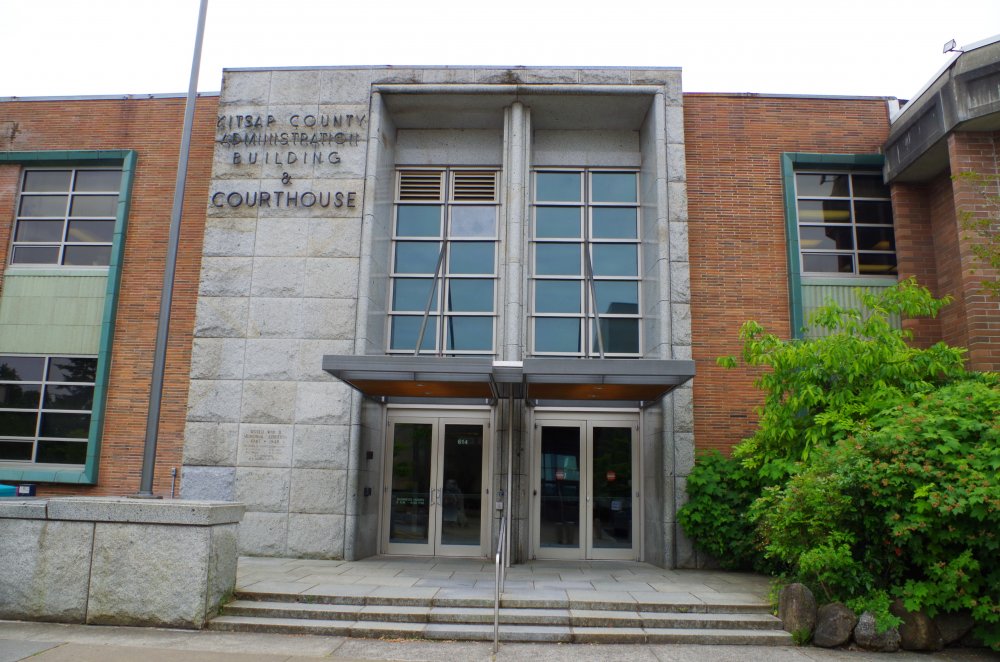 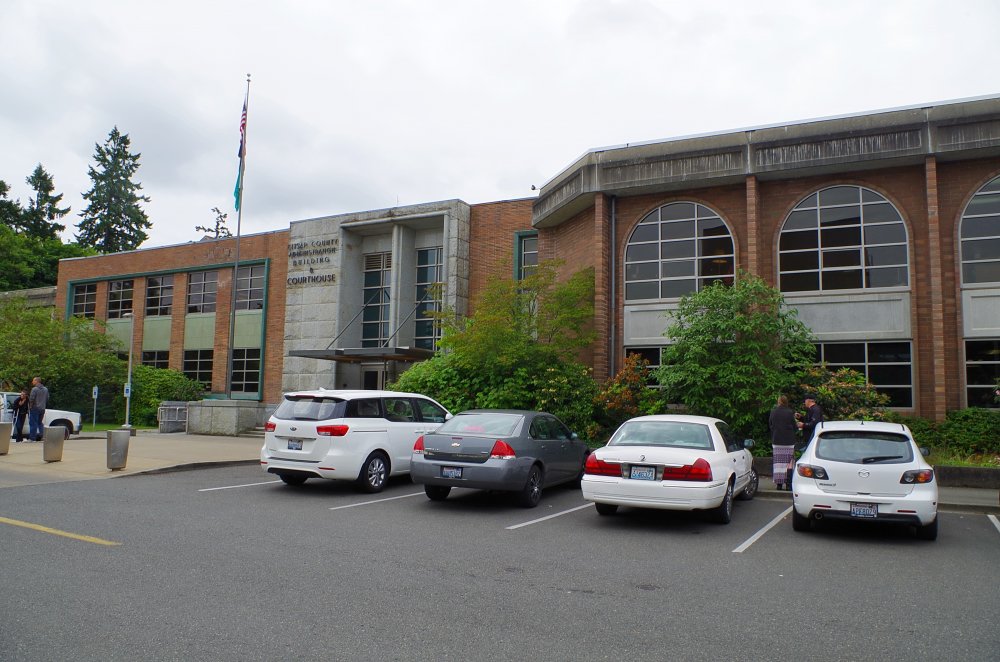 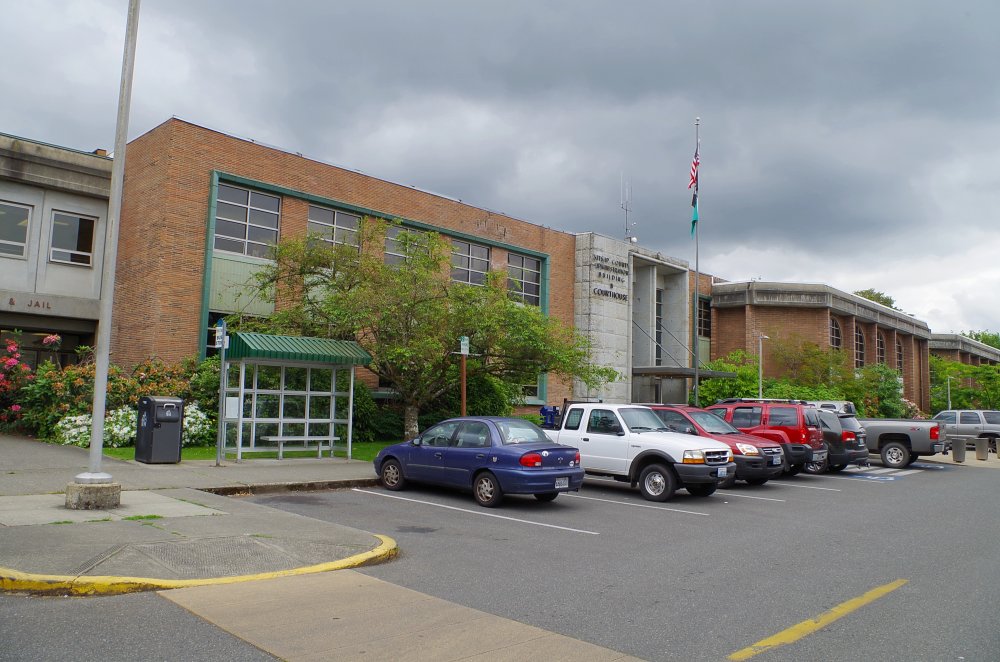 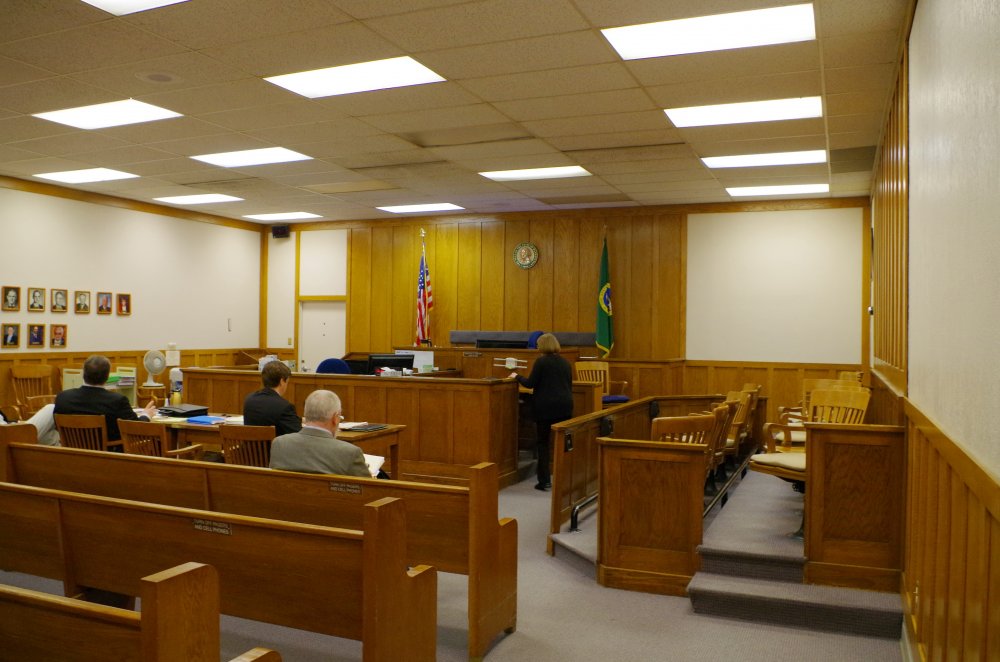 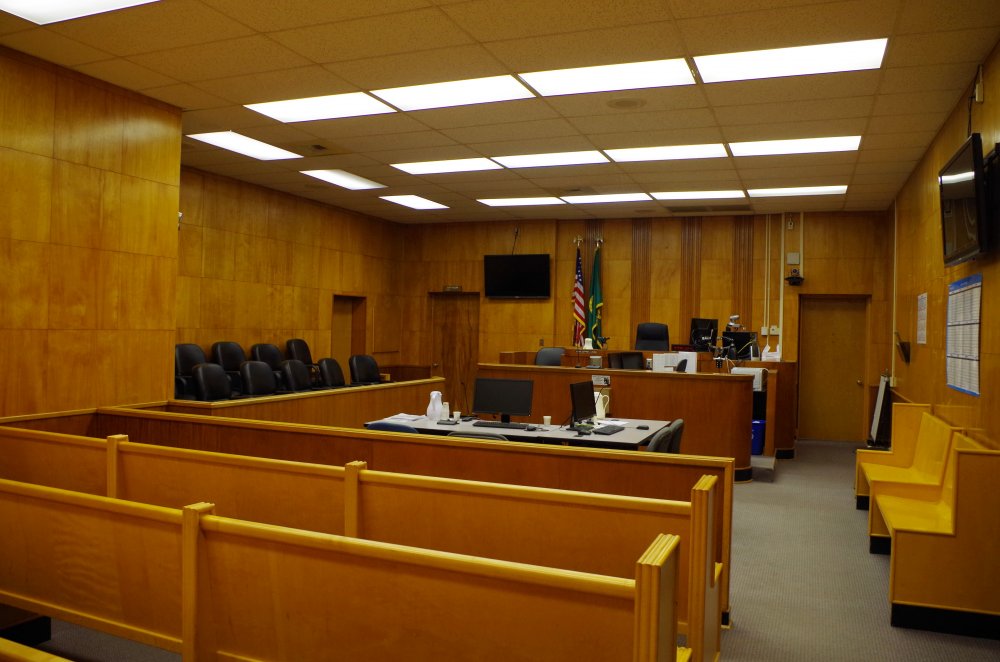 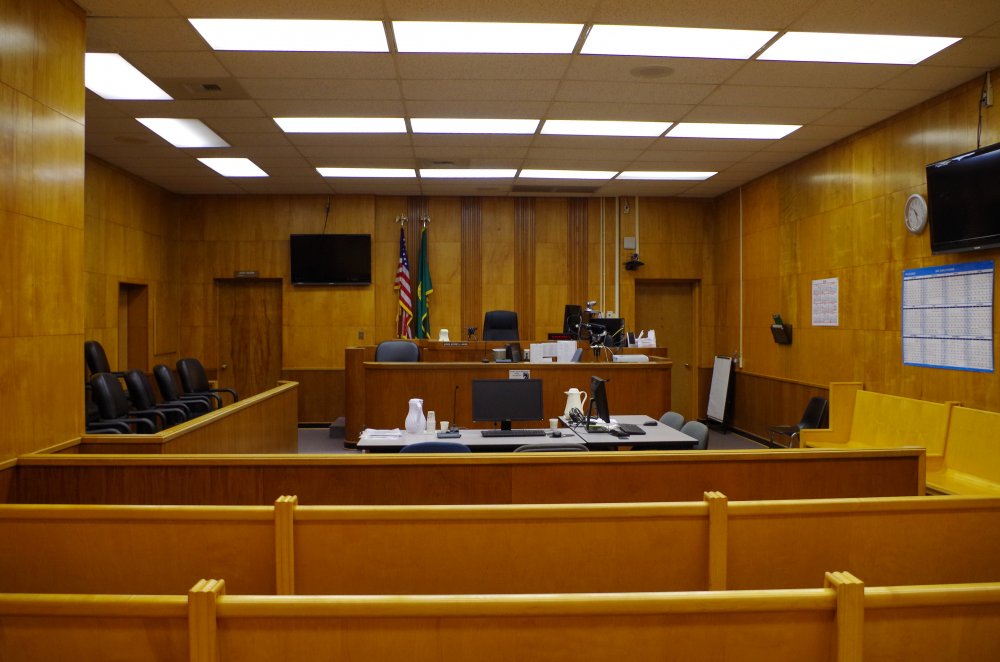 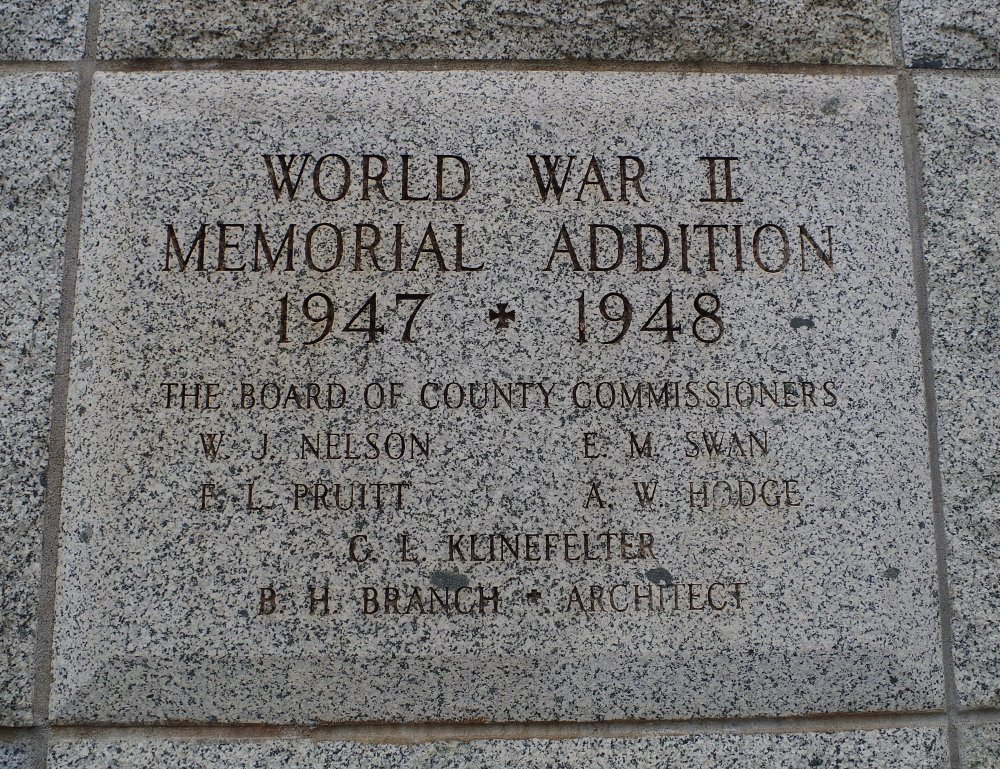 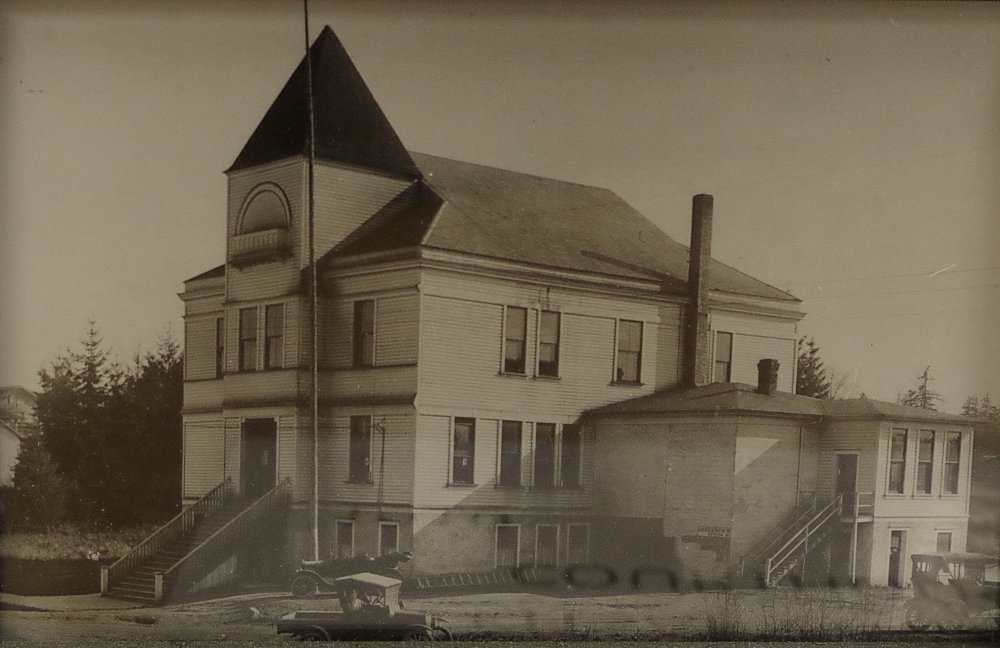 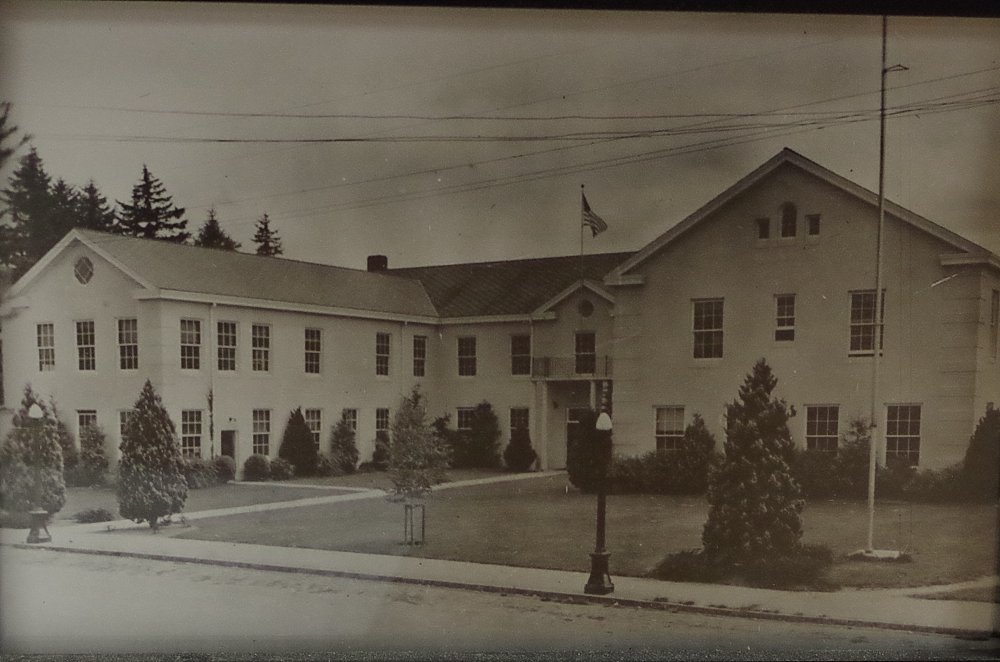 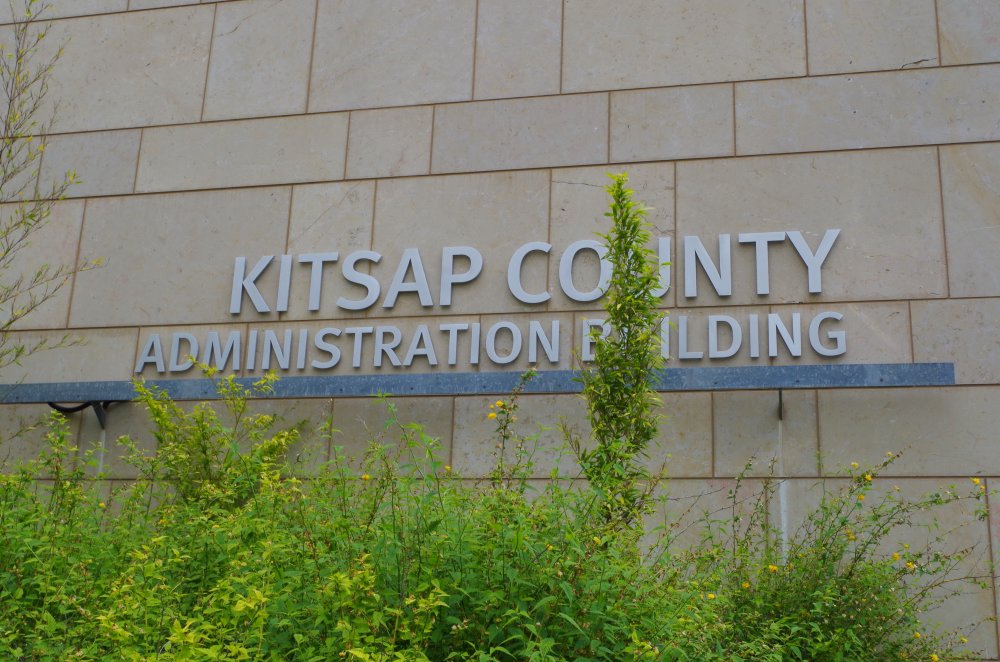 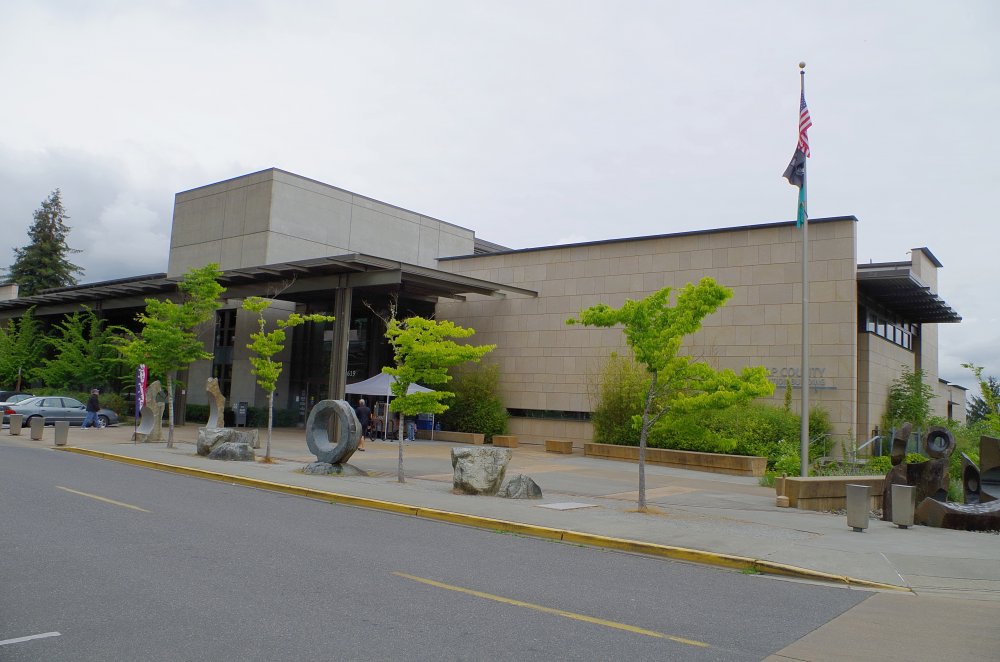 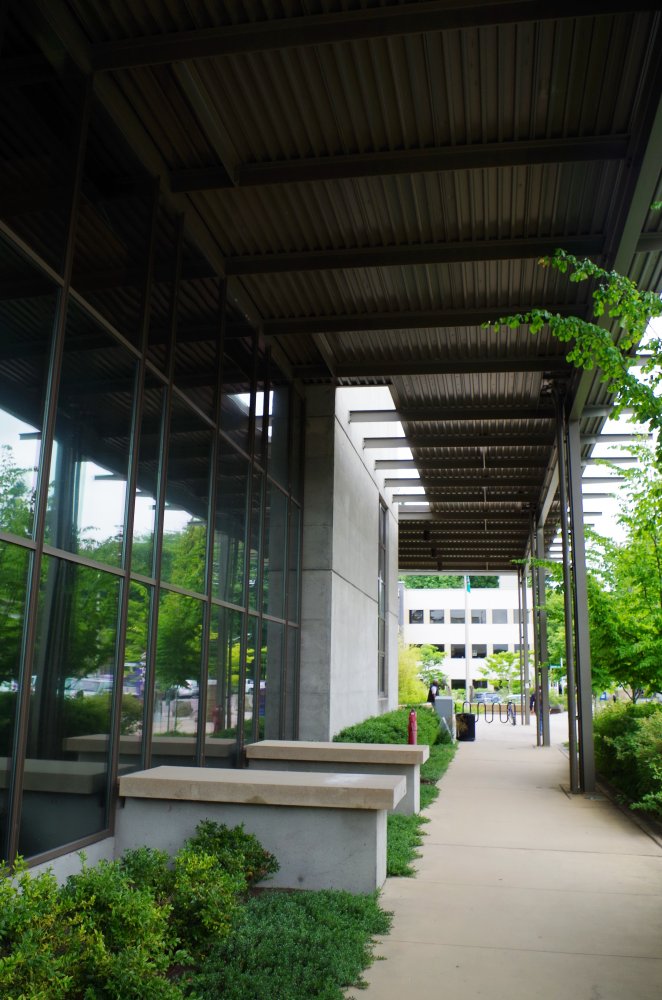 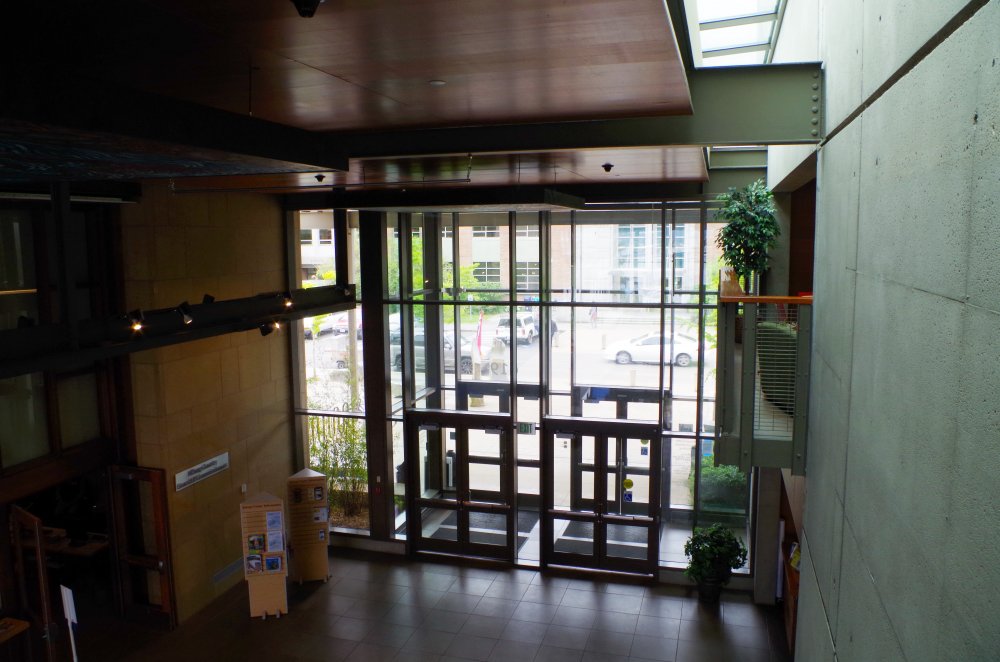 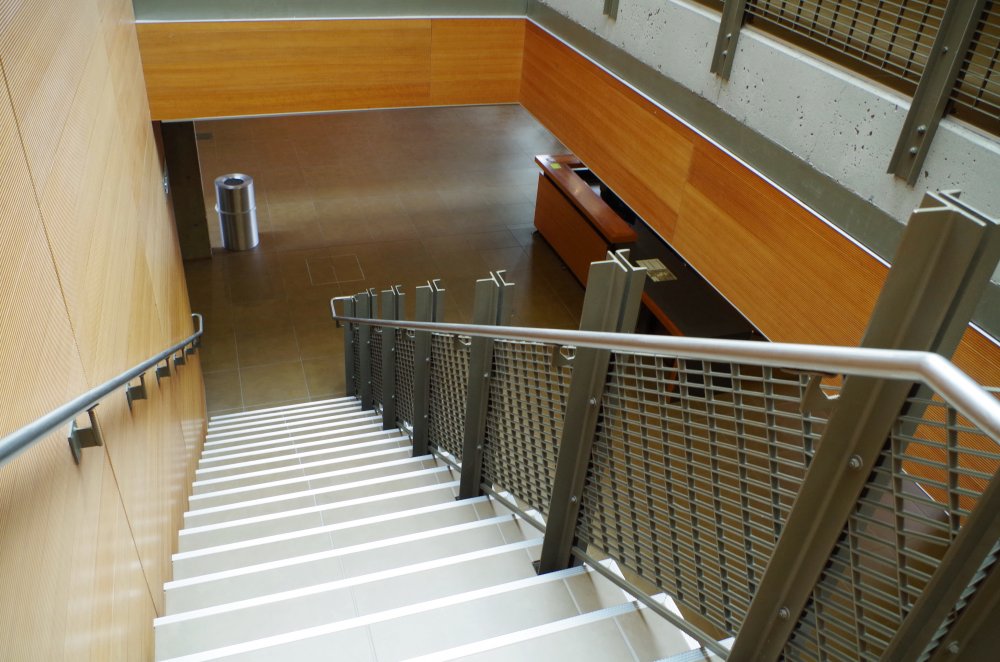 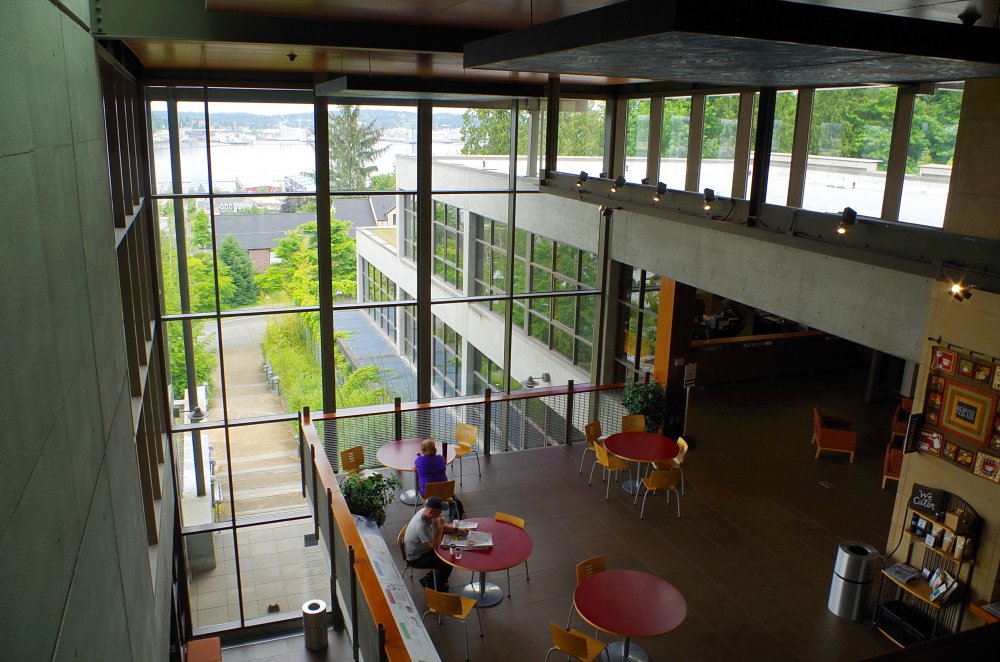 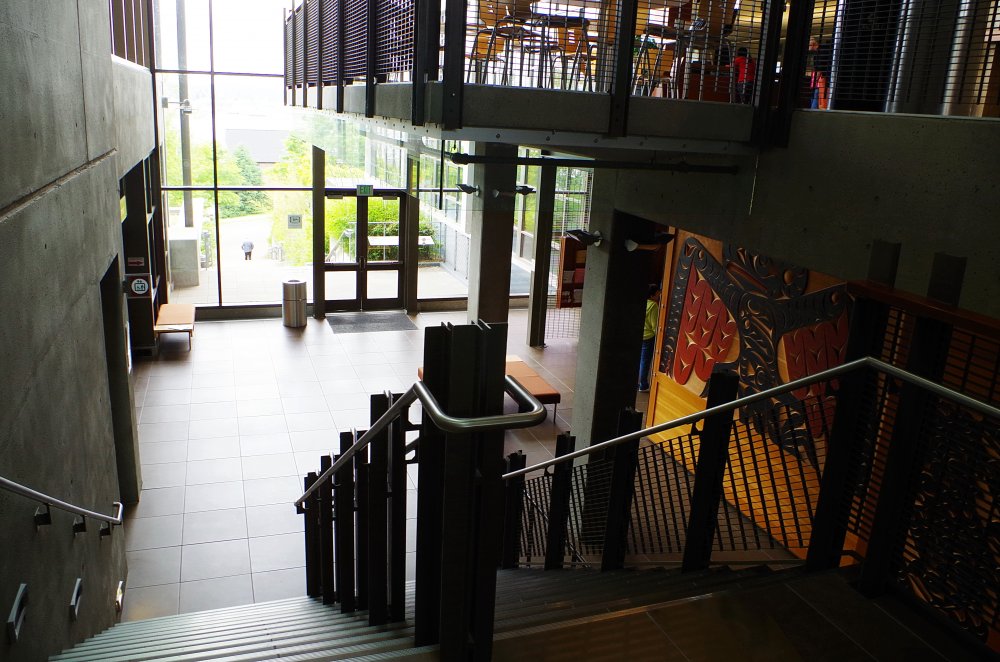 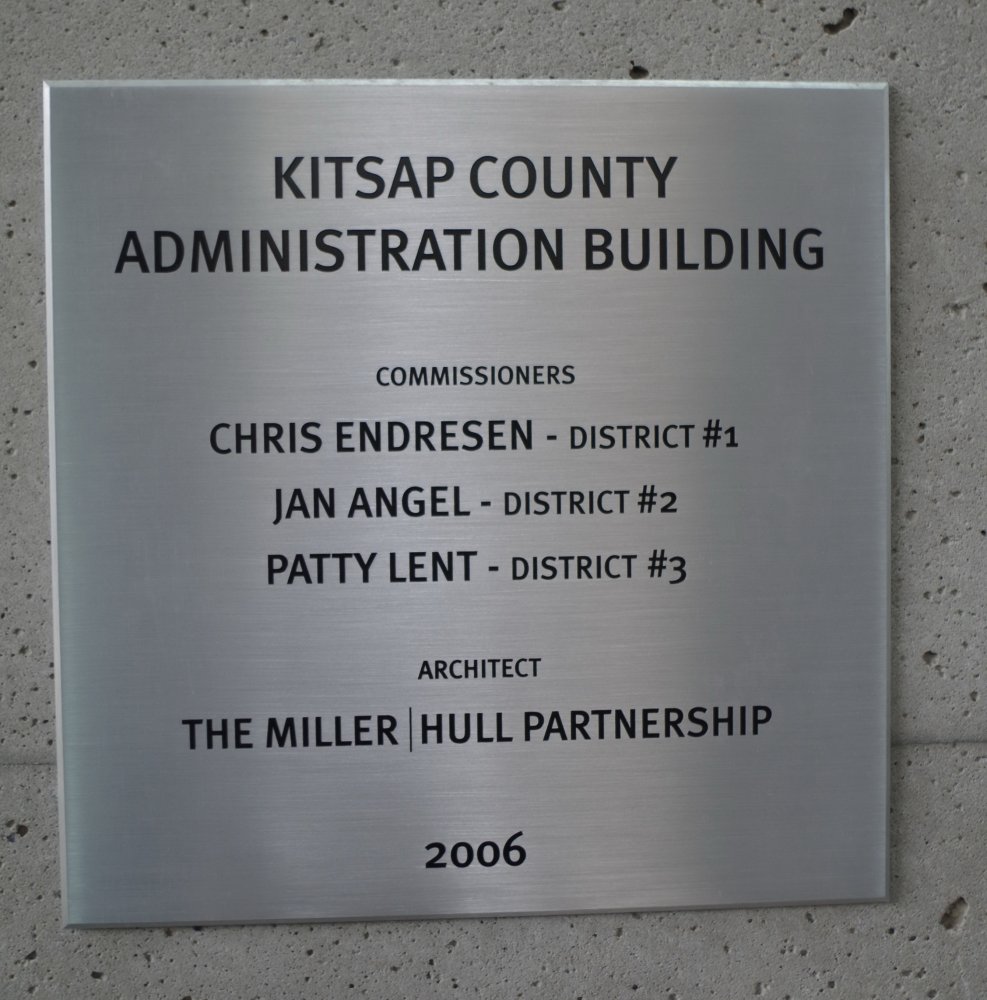