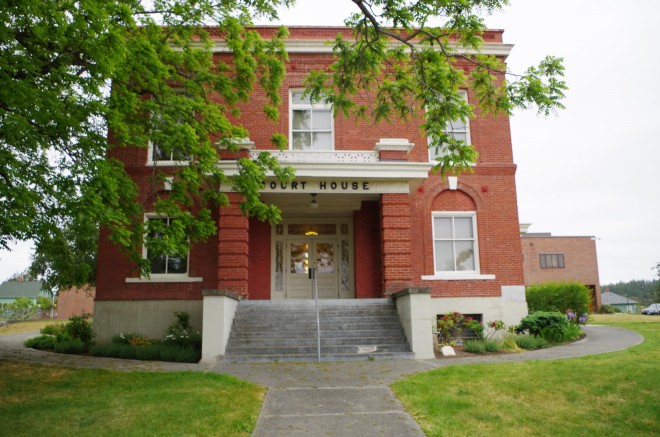 San Juan County is named for San Juan Island, which was named by Francisco de Eliza “Isla y Archiepelago de San Juan” in honor of the patron saint of his sponsors.

Description:  The building  faces southeast and is a two story red colored brick structure. The building is located on landscaped grounds in the center of Friday Harbor. The southeast front has a one story red colored brick porch with recessed entrance. The north side also has a one story porch. The roof line is flat. The District Court courtroom is located in the original building and the Superior Court courtroom is located in the addition. The building was renovated in 1991. The architect was Tonkin / Hayne Architects of Seattle and the contractor was Robbins & Nelson construction Inc. of Blaine. On the northwest side is a two story addition.

History:  The county was created in 1873 and Friday Harbor was designated as the ciunty seat. The first courthouse was a wood frame shack and the use of the home of Edward Warbass. The second courthouse located at the southeast corner of Spring Street and First Street was a two story wood frame structure built in 1883. The third and present courthouse was constructedin 1906 to 1907 at a cost of $14,000. 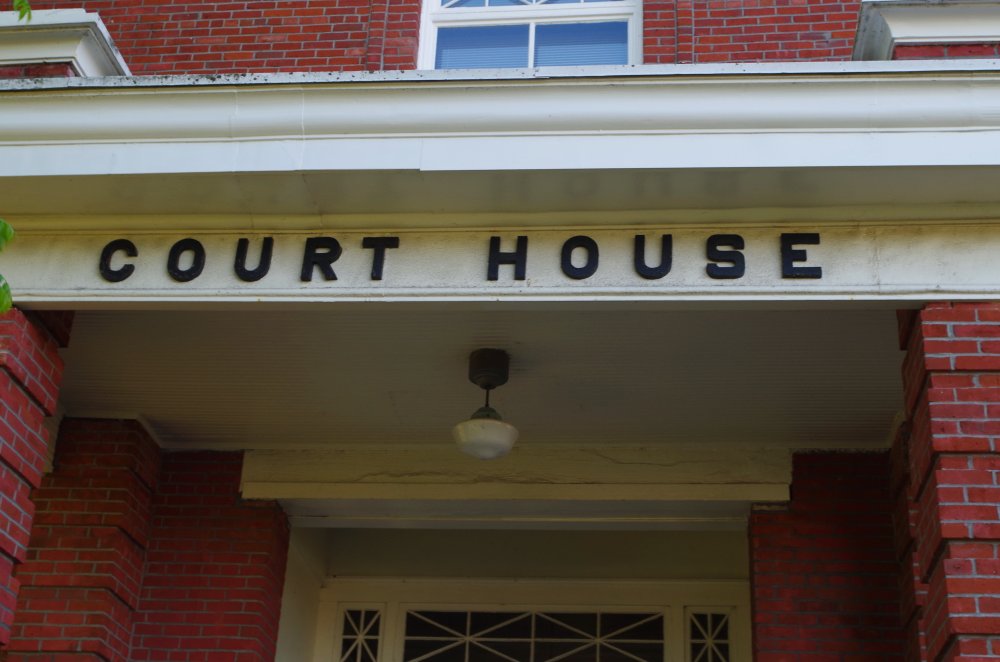 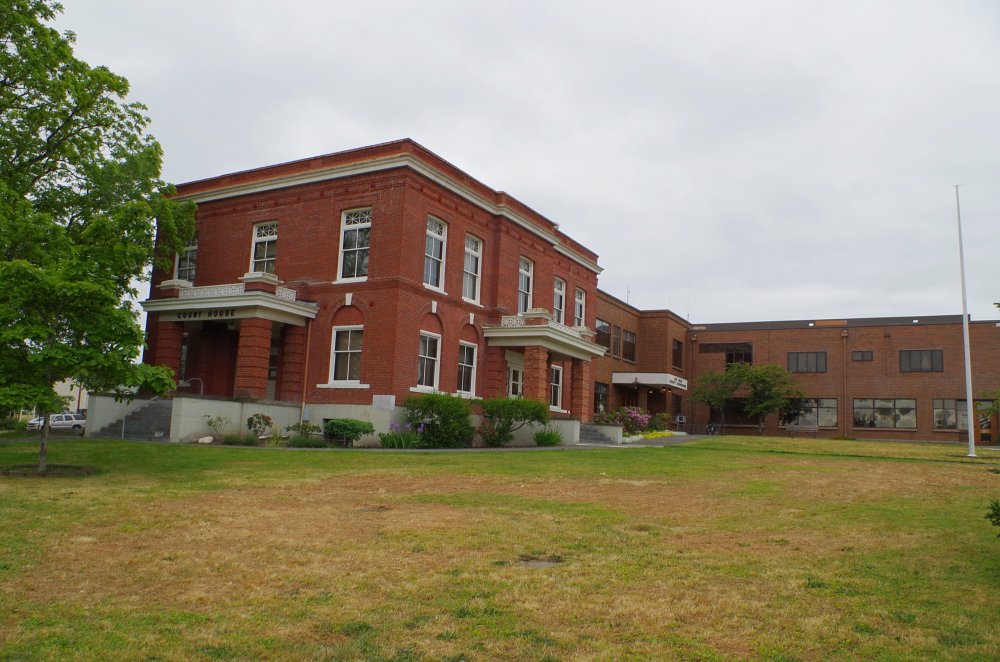 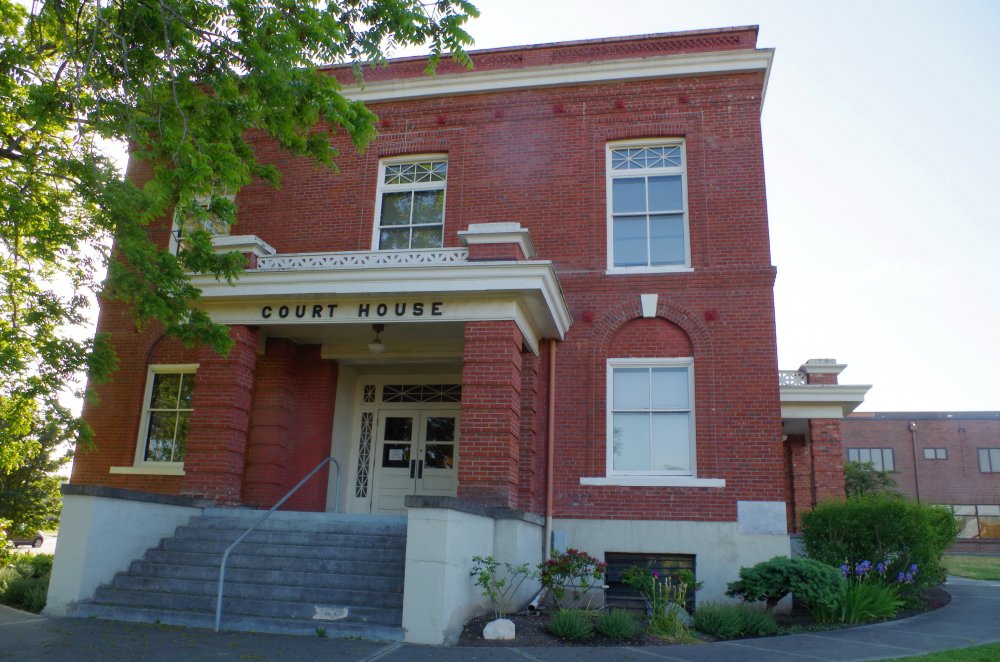 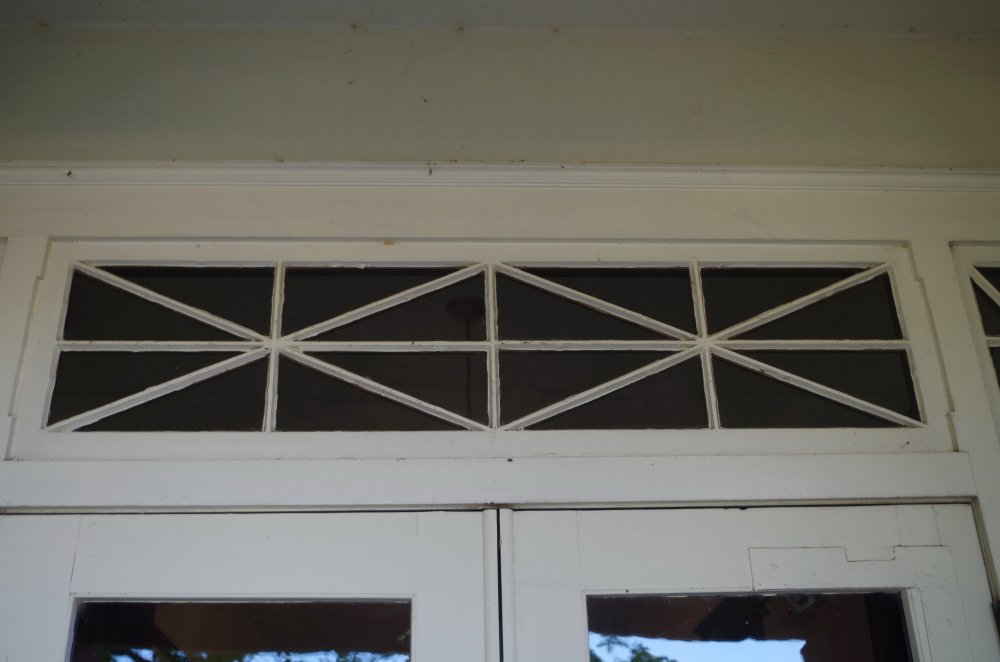 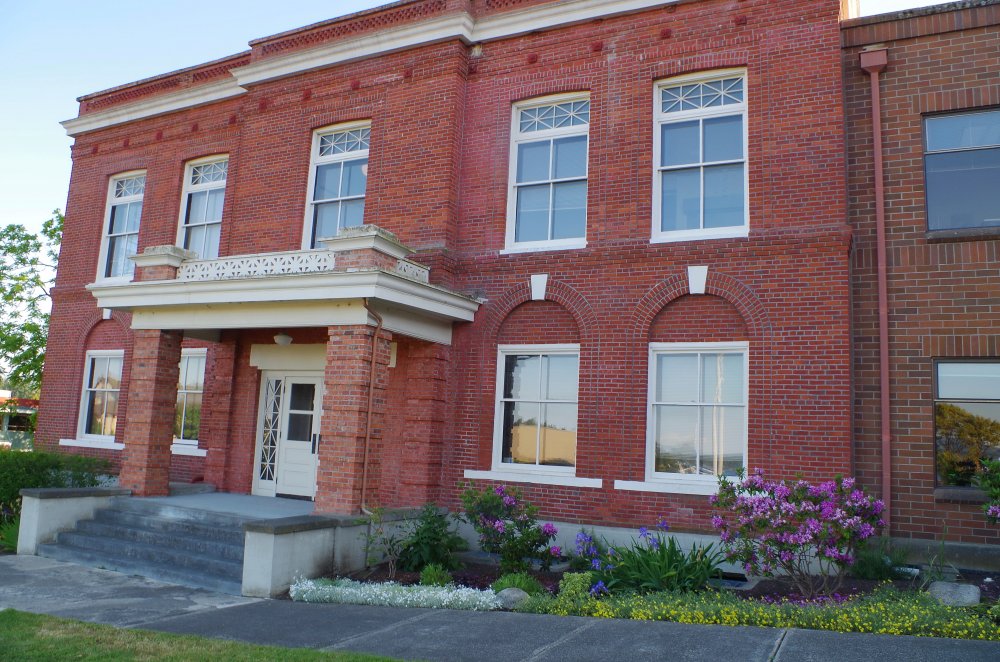 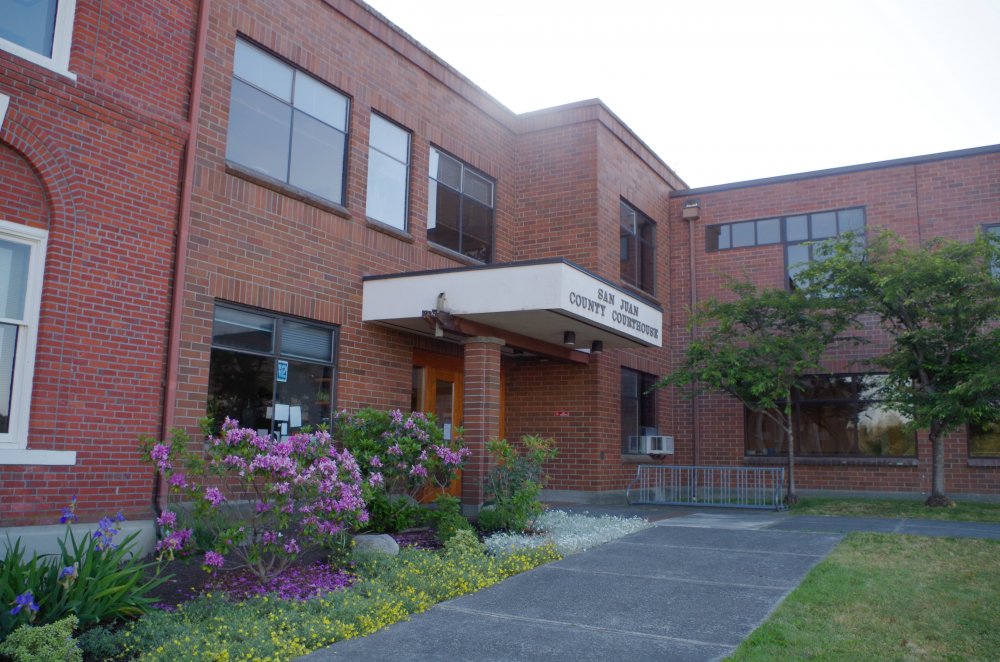 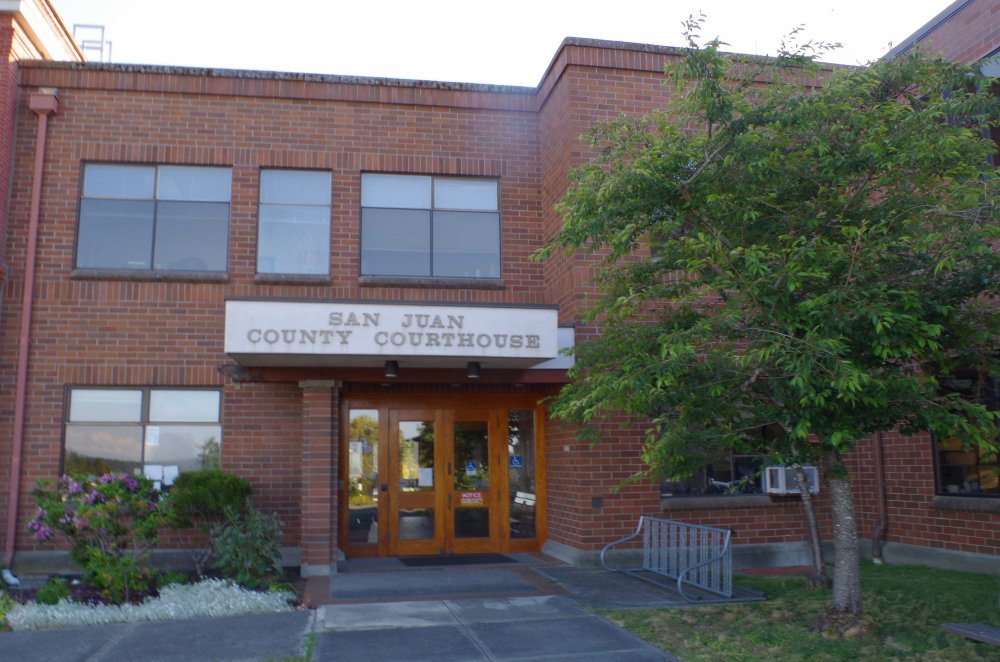 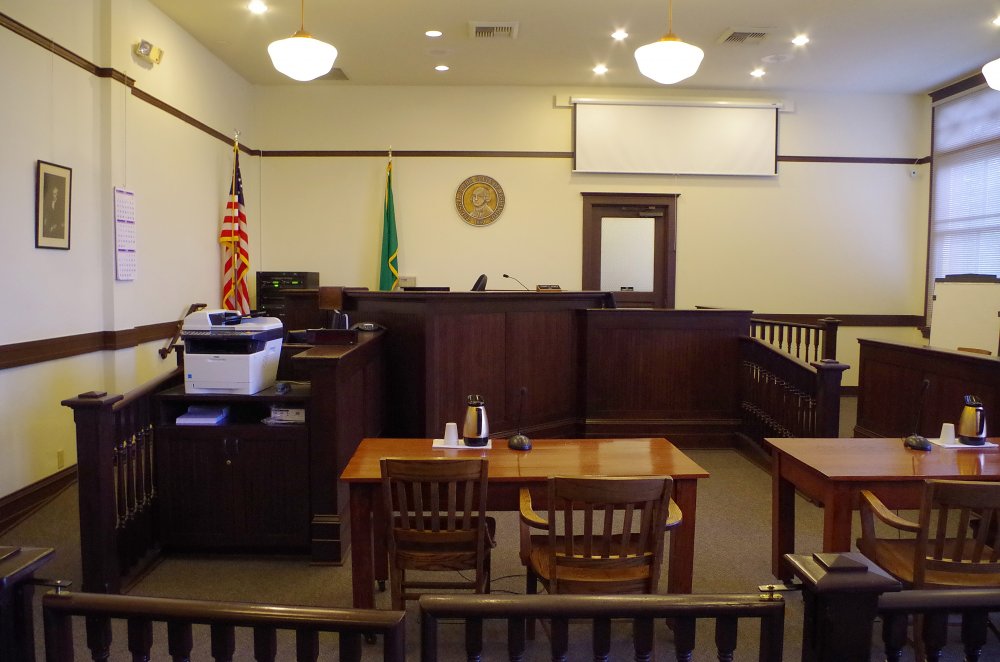 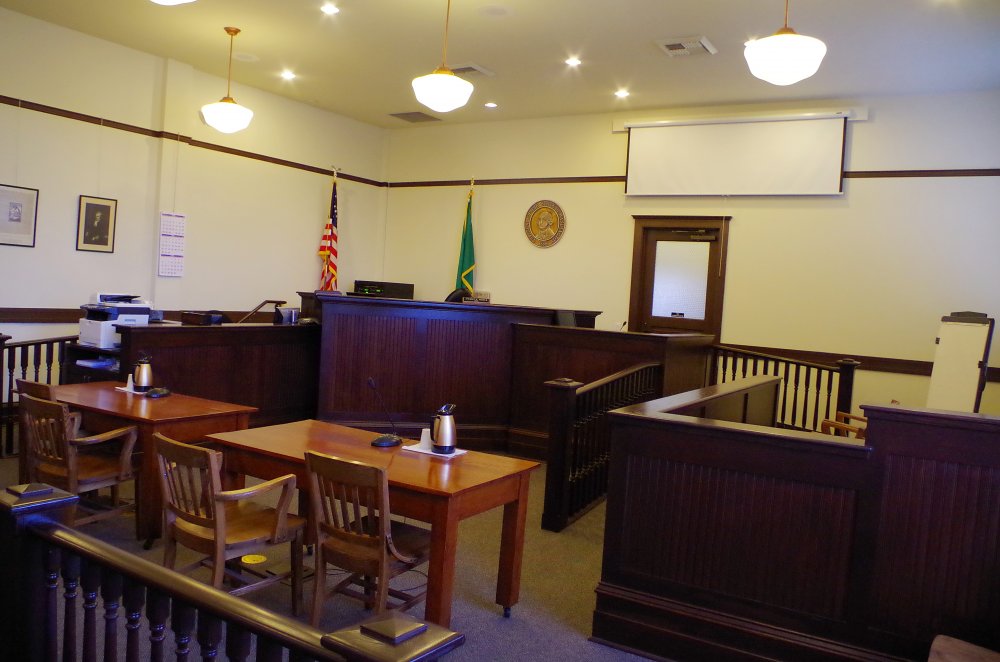 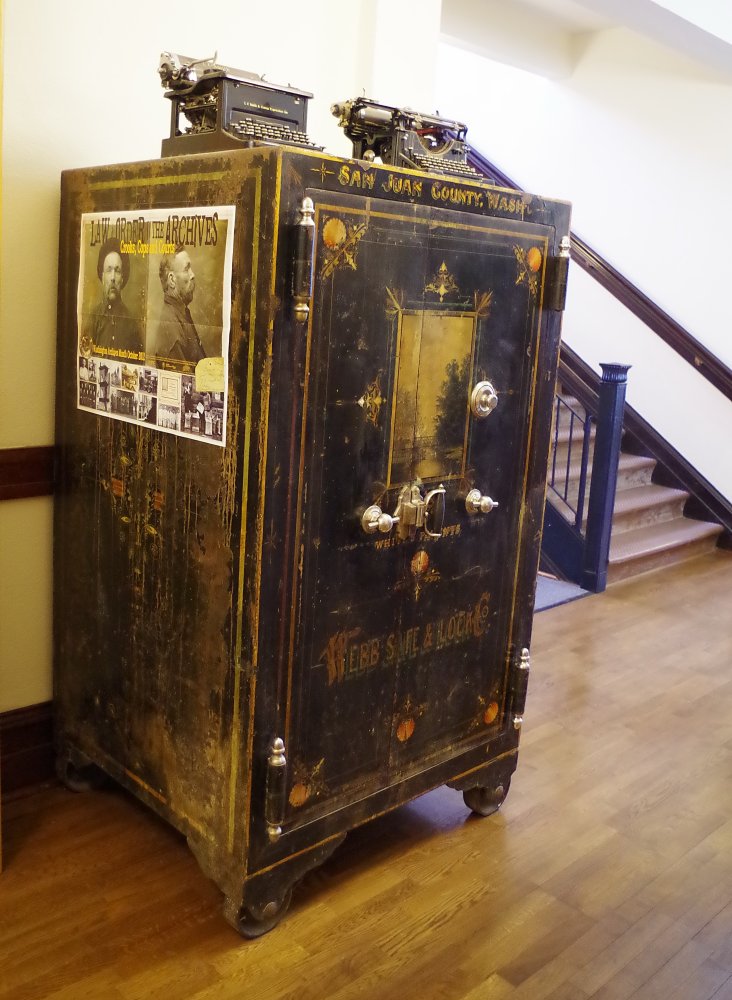 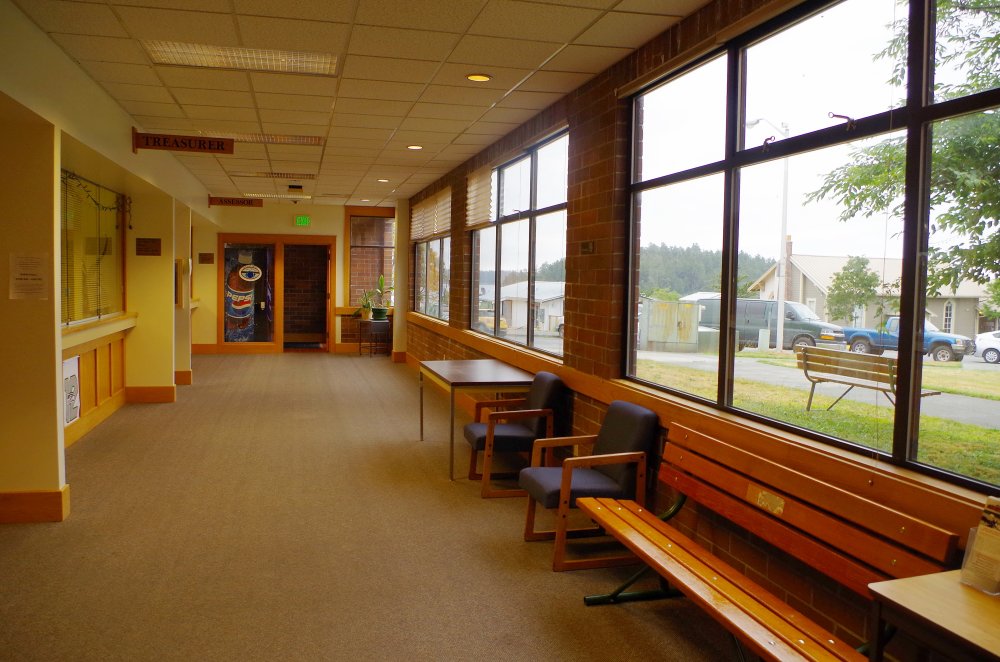 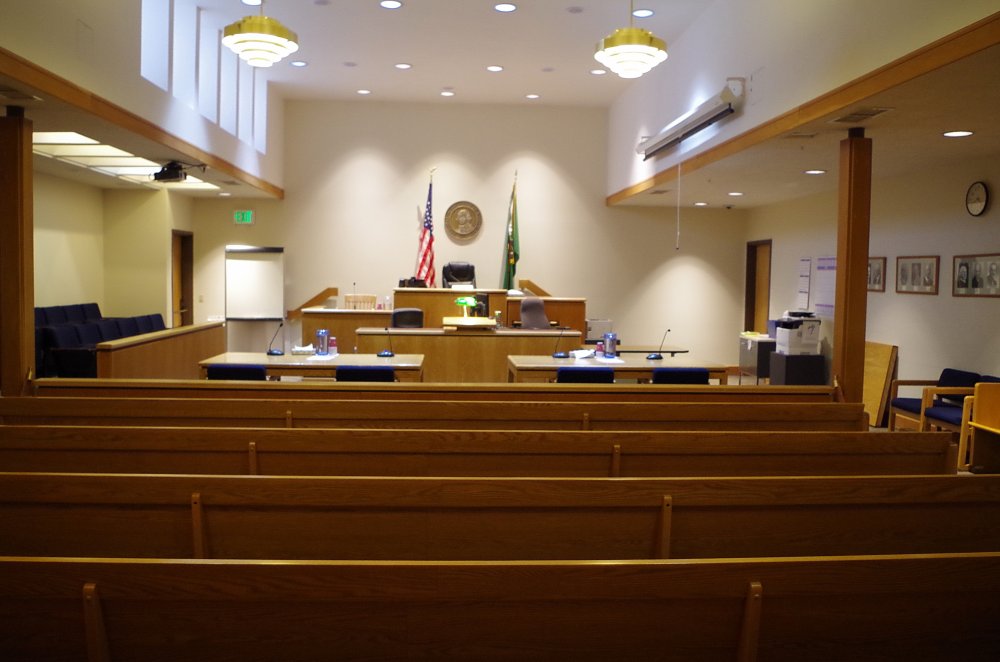