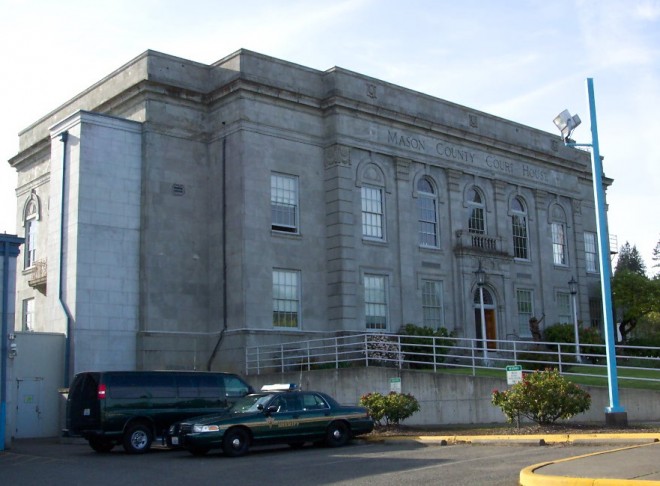 Mason County is named for C H Mason, who was the first Secretary of the Washington Territory.

Description:  The building faces east and is a two story dark gray stone and concrete structure. The rectangular shaped building is located on landscaped grounds and has a small protruding entrance with iron balcony above. On the second story are arched windows in the center section. The roof line is flat. Alterations were made in 2013. The architect was Foster and Williams. 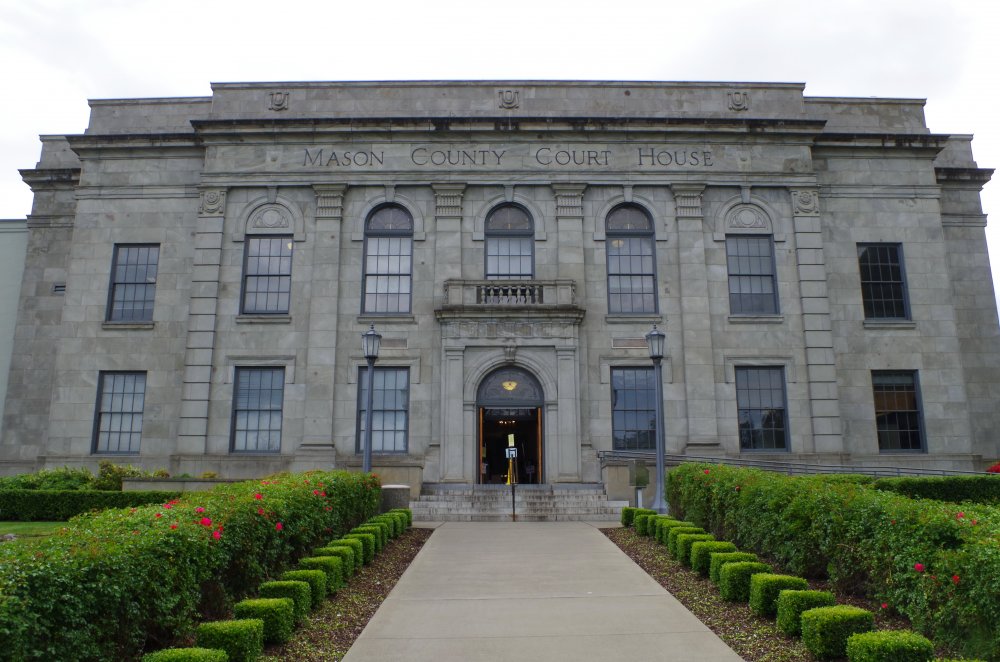 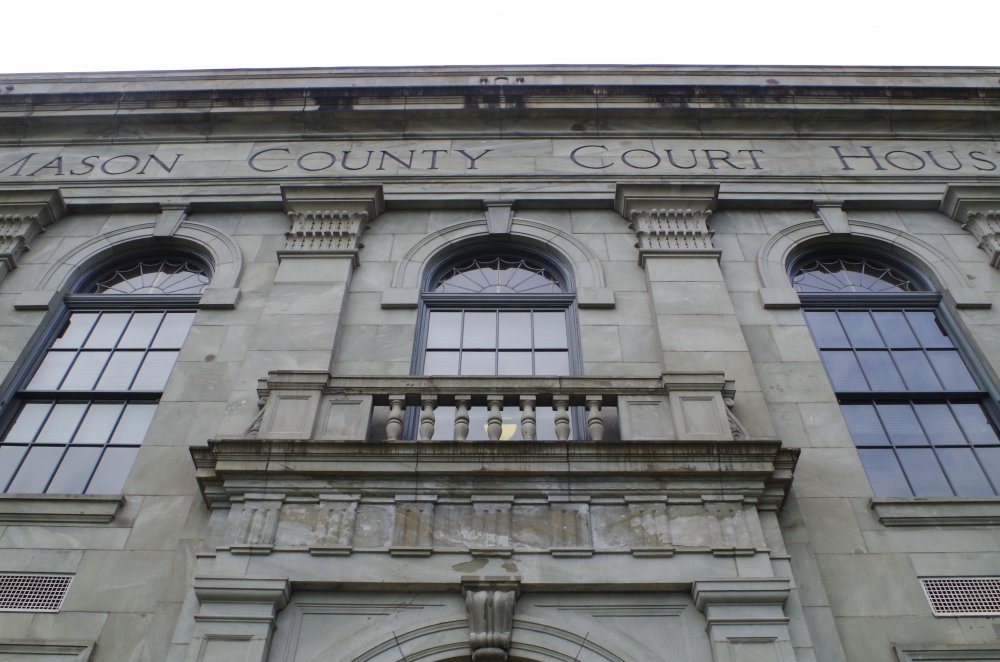 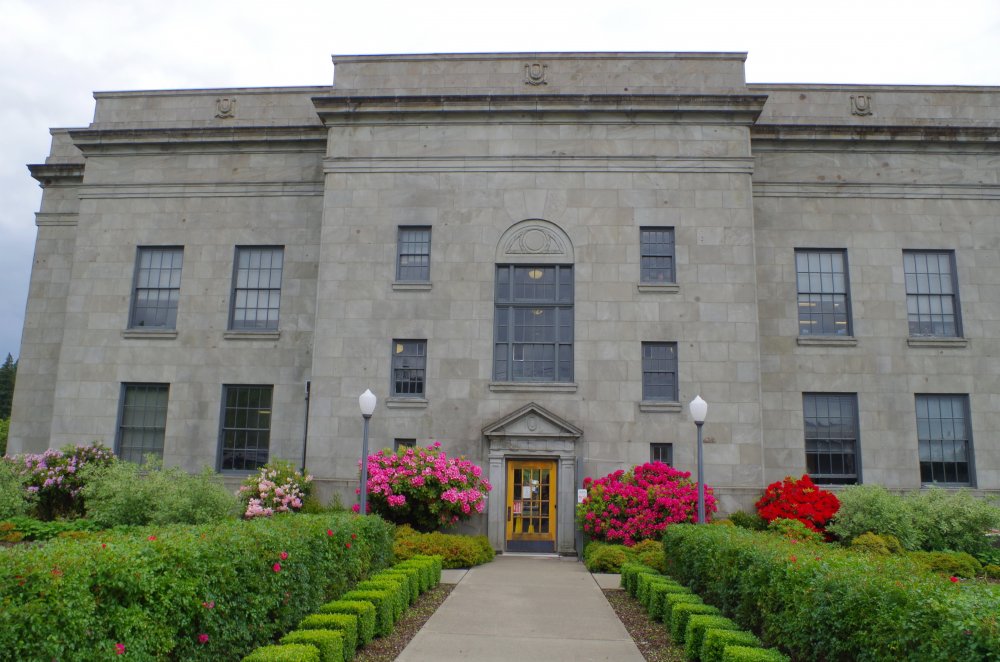 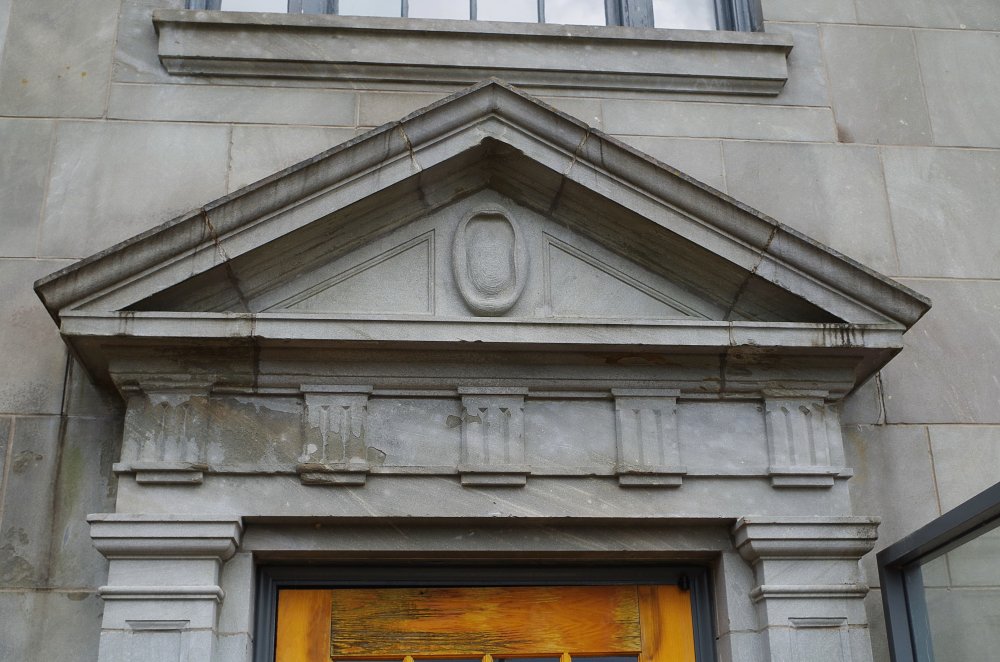 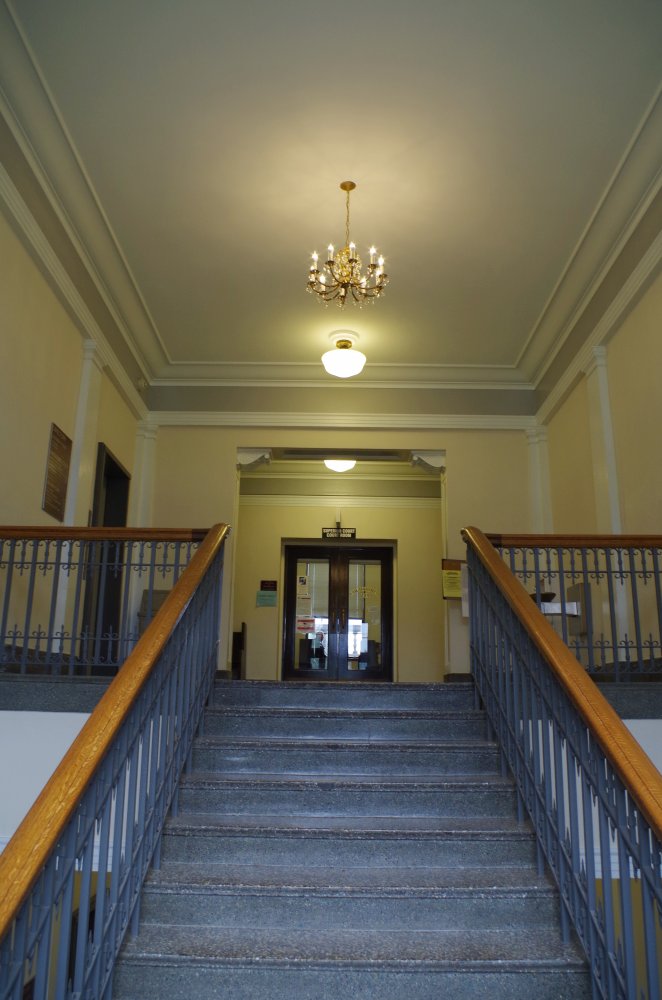 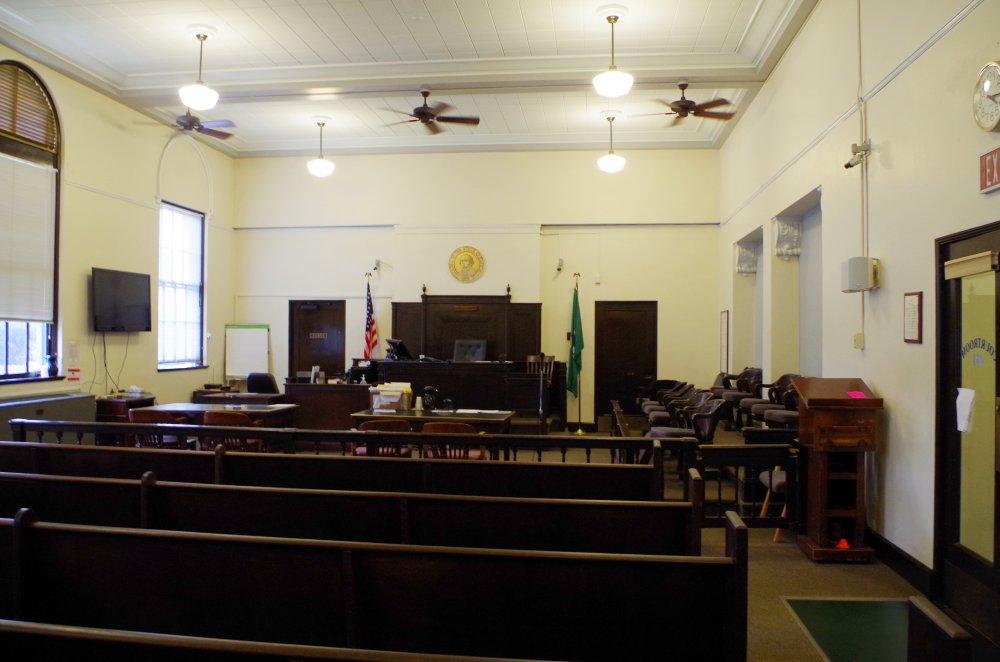 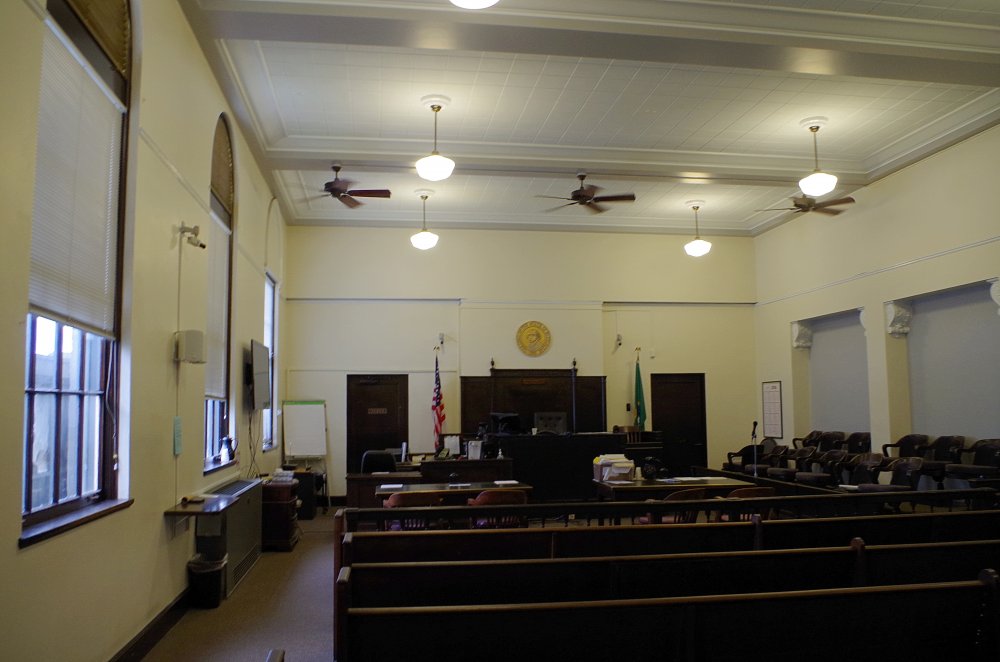 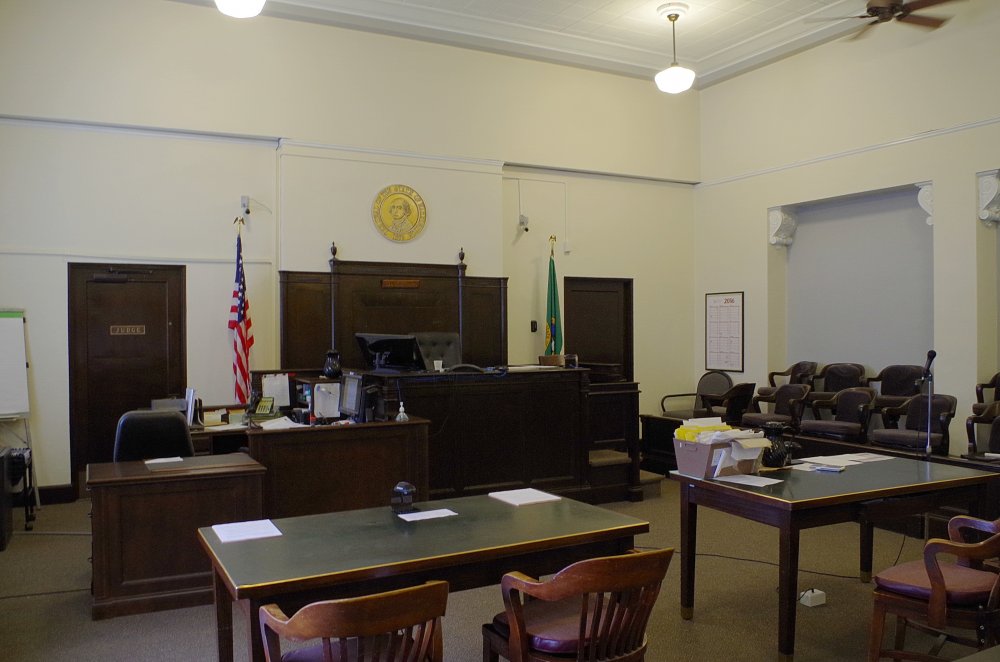 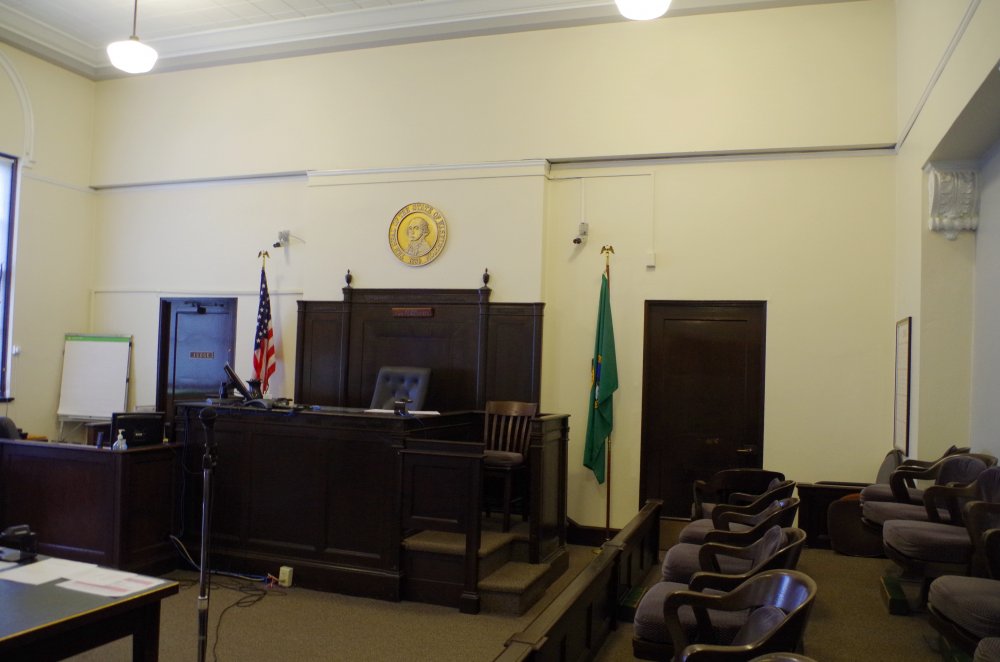 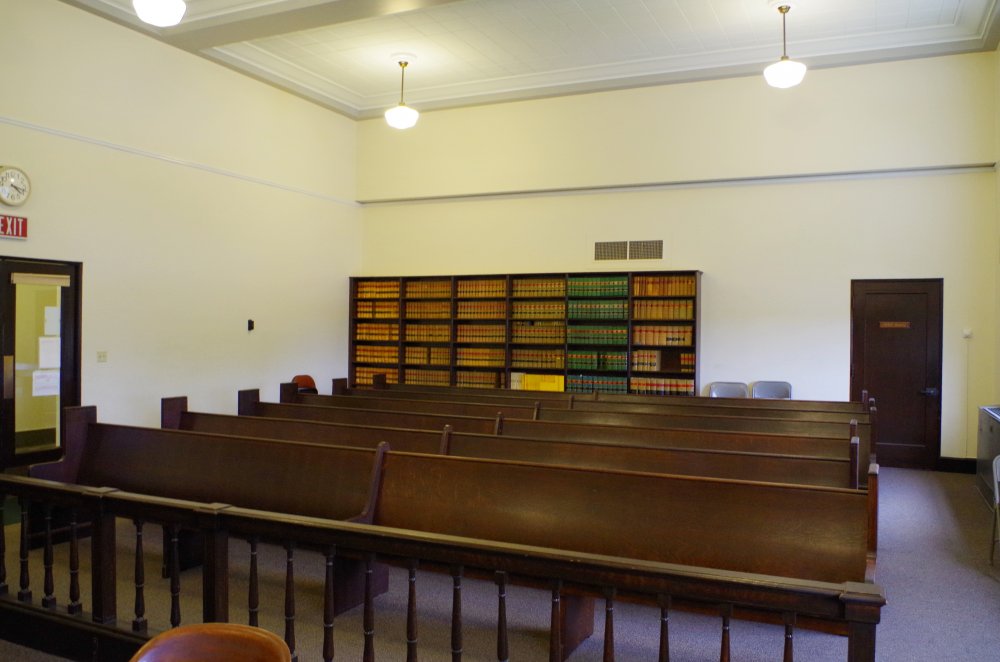 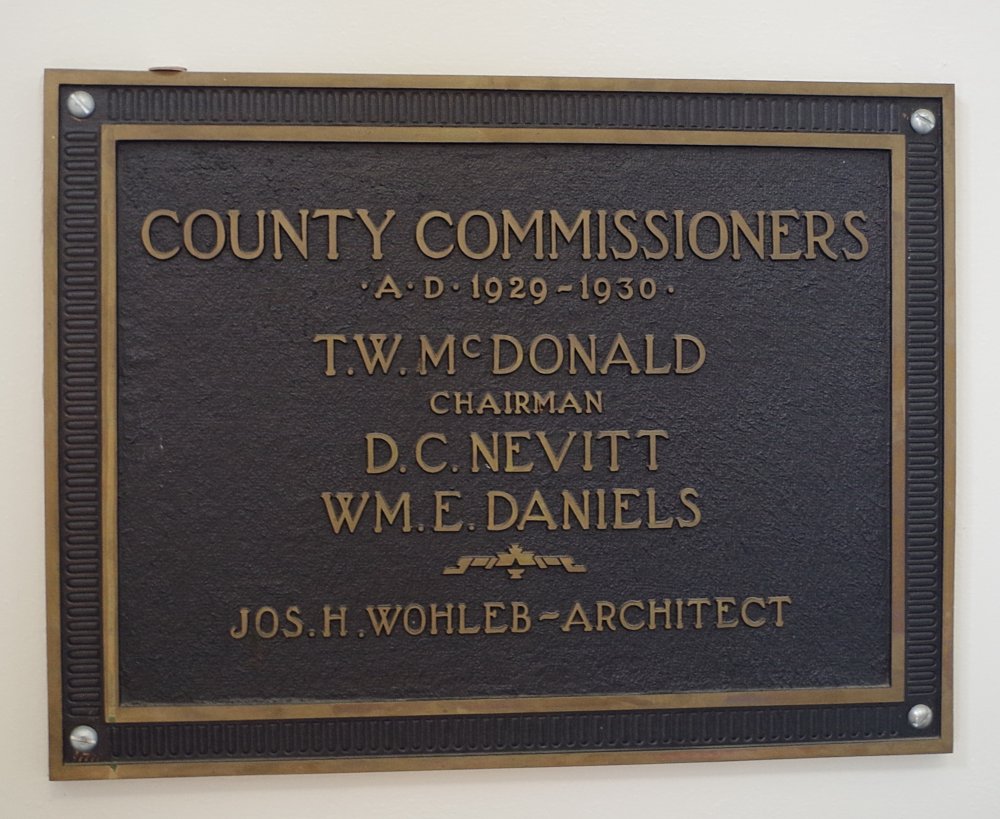