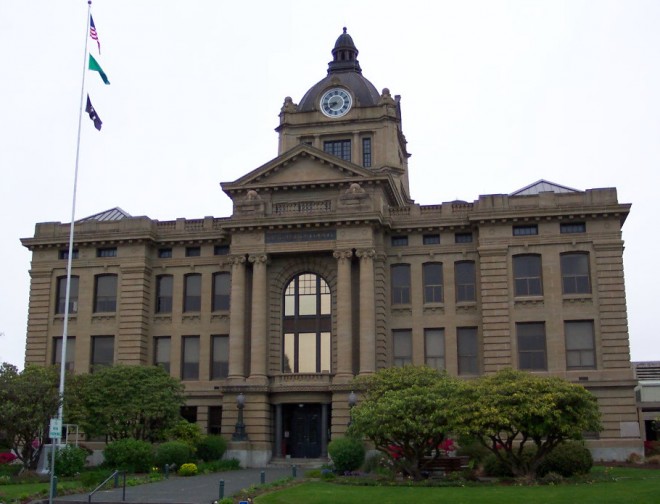 Grays Harbor County is named for Grays Harbor a large estuarine bay in the southwest corner of the county, which was named after Captain Robert Gray who discovered the bay and entered it on May 7, 1792. Before 1915, the county was named Chehalis County.

Description:  The building  faces south and is a three story dark brown colored stone and concrete structure. The building is located on landscaped ground. The south front of the building has a large high portico in the center supported by four columns rising from the second to third story with a pediment above. The east and west wings project slightly from the main building. On the center of the roof is a large square dome with clock and domed roof. During the construction of the building, the superintendent was R D Vernon.

Note:  The previous courthouse was built in 1890. 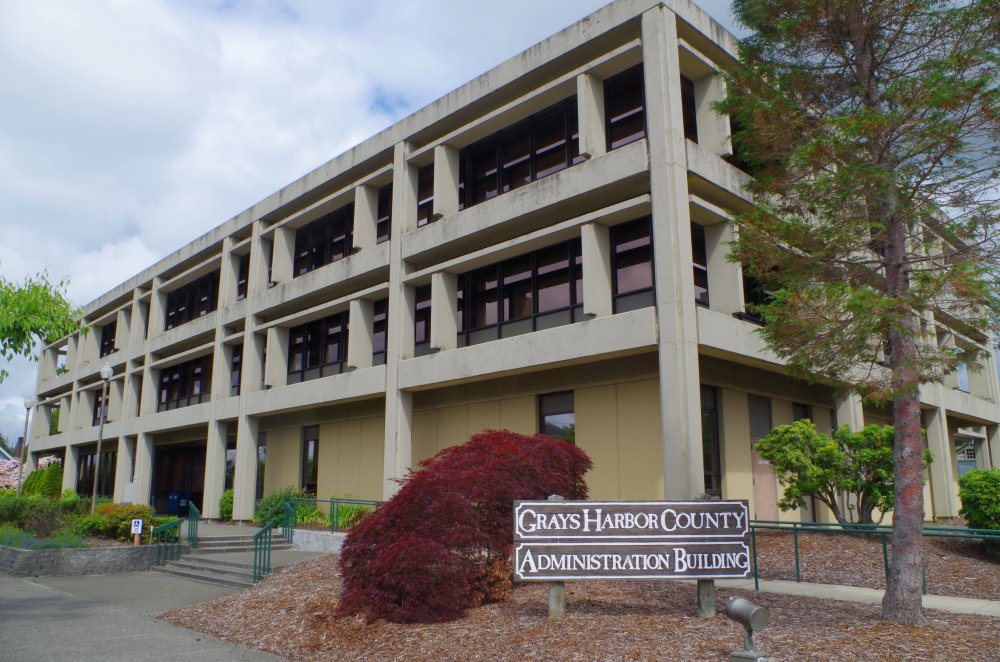 Description:  The building  faces south and 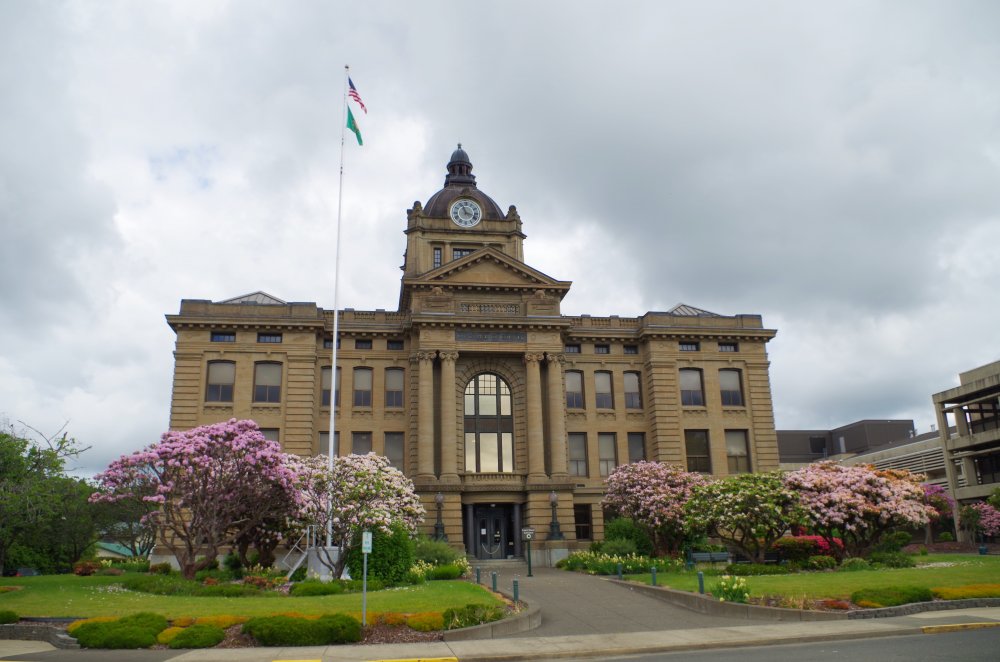 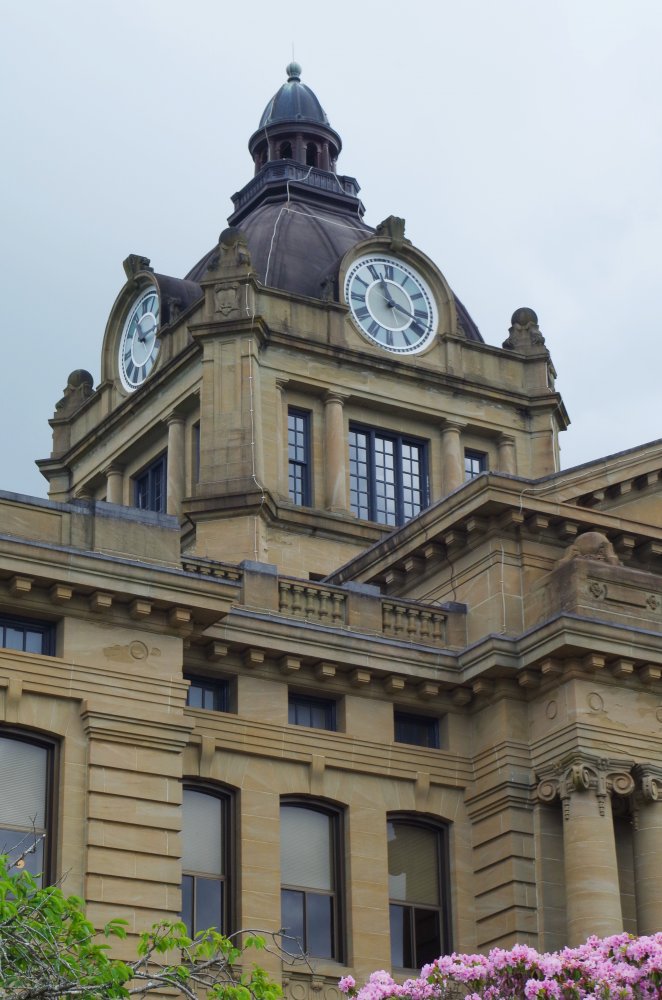 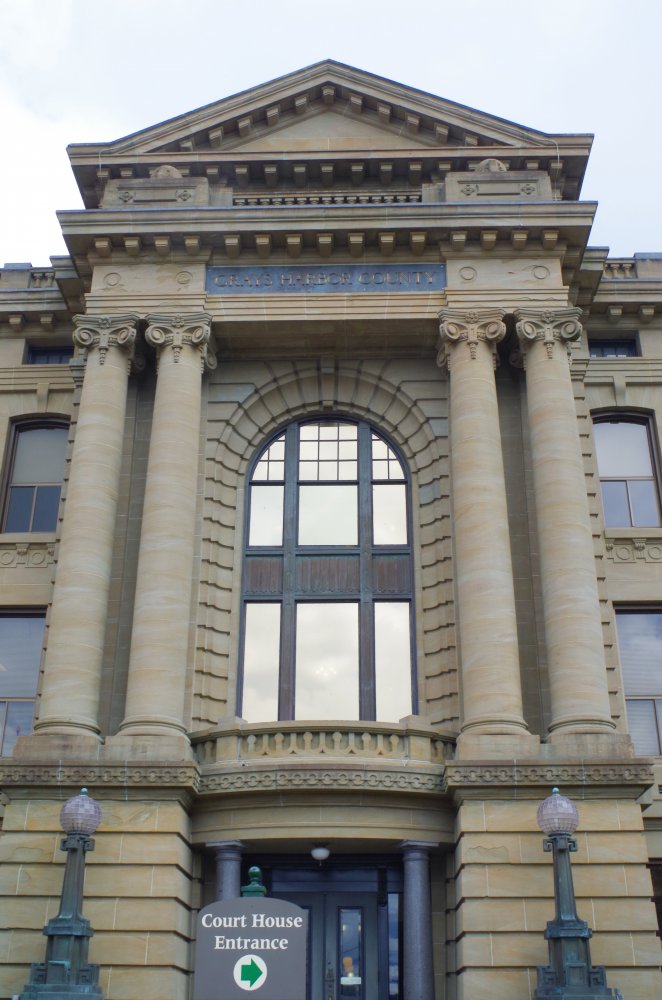 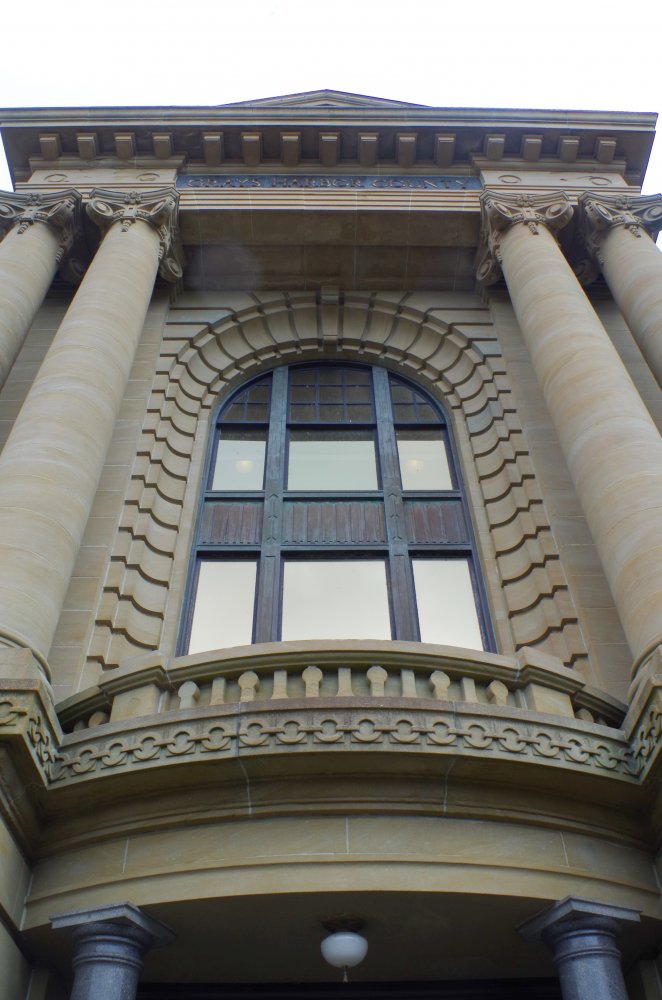 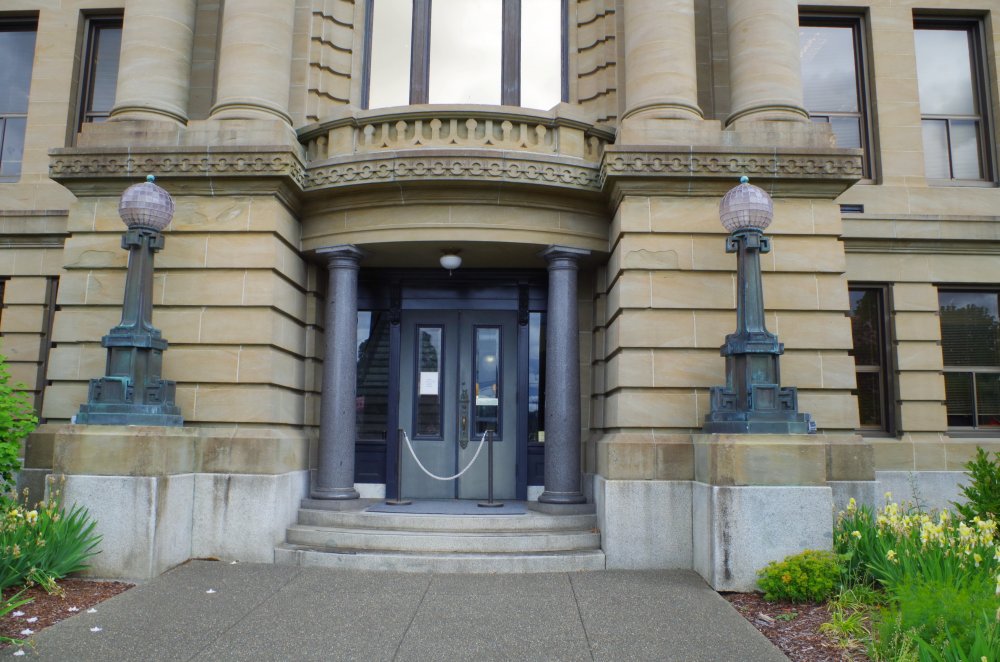 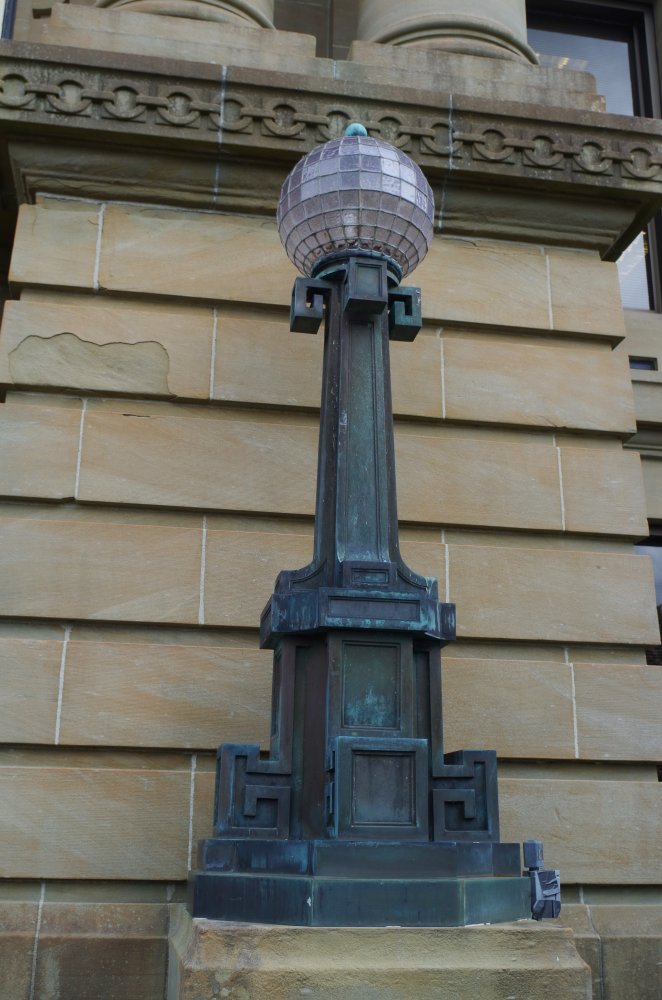 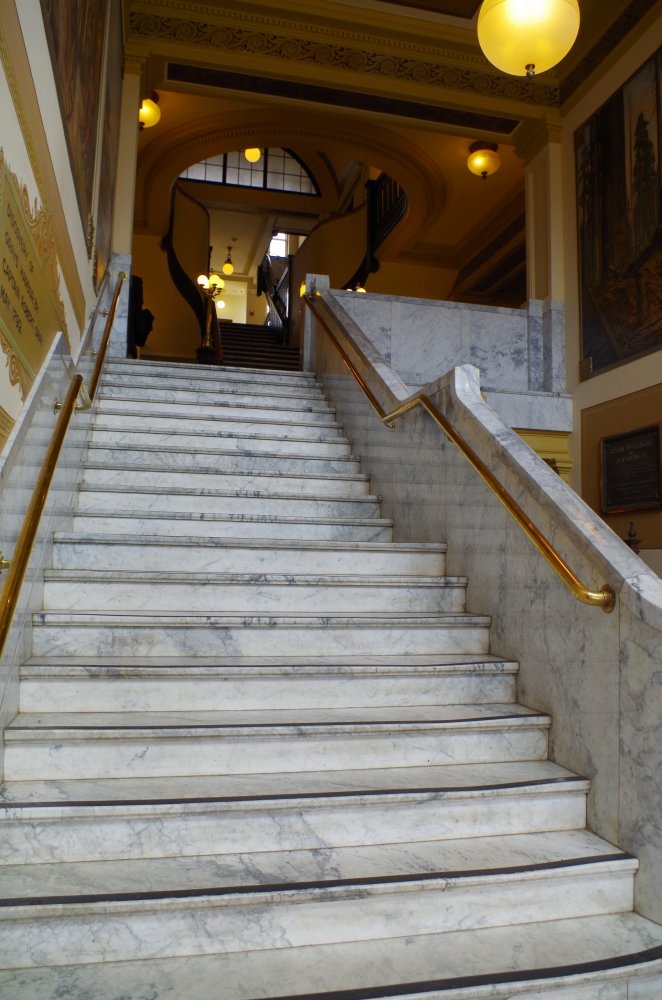 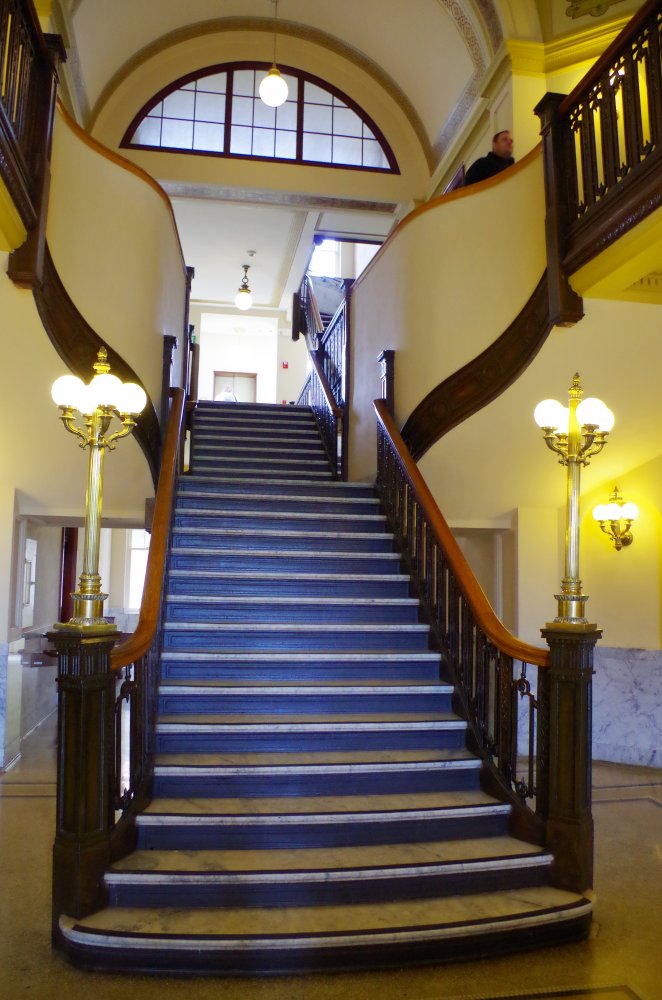 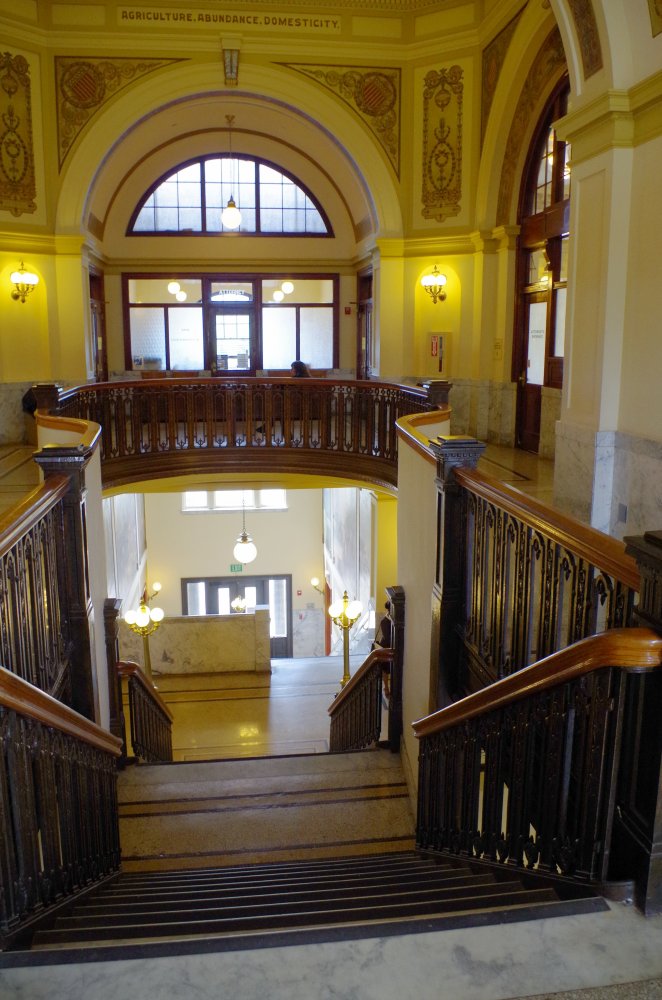 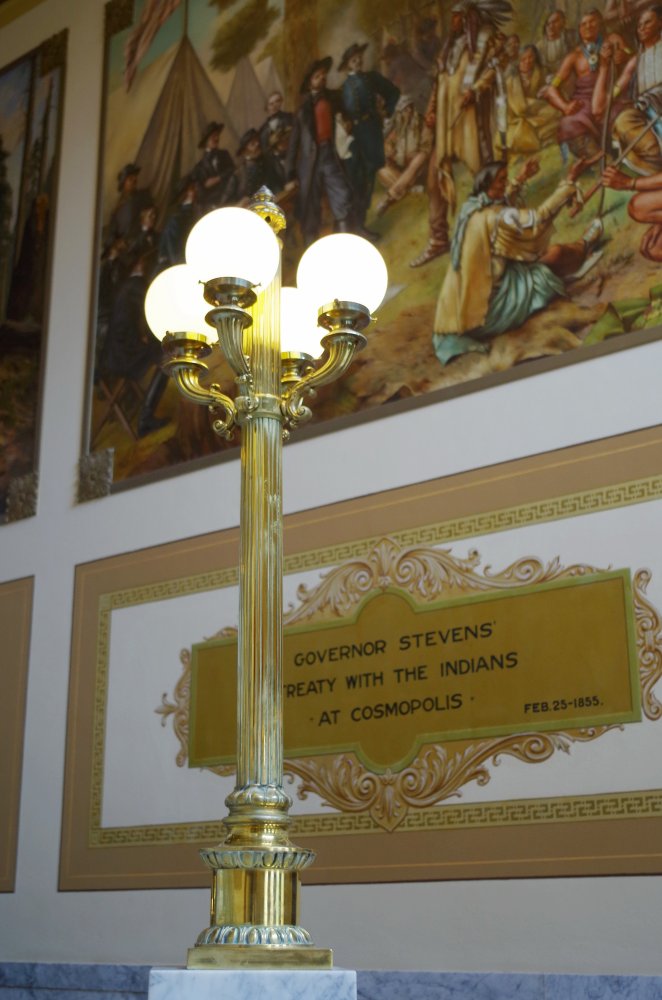