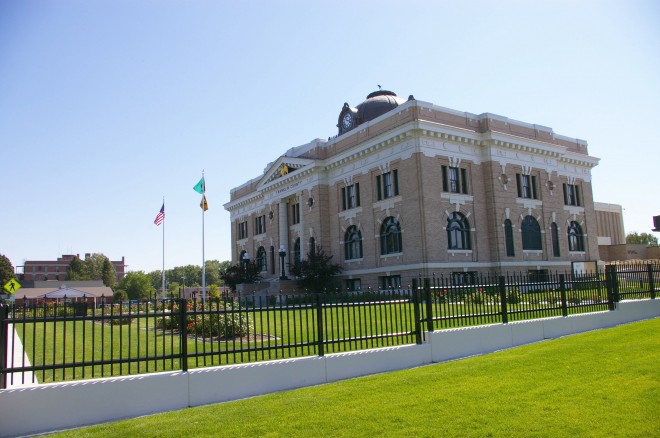 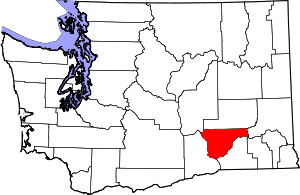 Description:  The building faces east and is a two story brown colored brick and concrete structure. The building is located on spacious landscaped grounds in the center of Pasco. The east front has a large portico with two columns rising to a pediment above the second story. The first story has large arched windows. A wide horizontal band runs below the cornice which runs below the roof line. On the center of the roof is a black colored dome with clock. The creme colored marble coupled with azure and gold accents provide a space that is at once comfortable and elegant. Floors are finished in white tile with a meander pattern in gray, black, and brown radiating from the center of the floor. A porcelain drinking fountain occupies the point of the intersection of the meander a decorative arch appears above each of eight entrances or doorways and a cartouche with the letter “F” is fitted into each arch. The building was restored in 2006. The architect was CKJT Architects of Kennewick and Cardwell Architects of Seattle and the contractor was Lydig Construction, Inc. of Spokane. The addition on the west side was constructed in 1971. The architect was Mark Pence and the contractor was George A Grant Construction Company.

See:  The Juvenile Court is located across the Columbia River in Kennewick in Benton County. 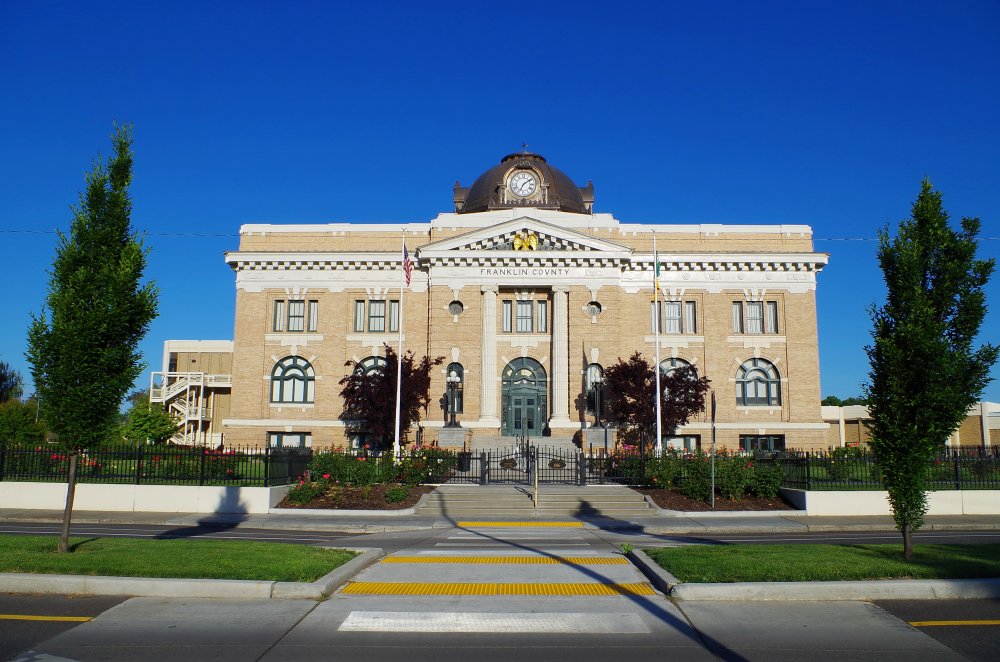 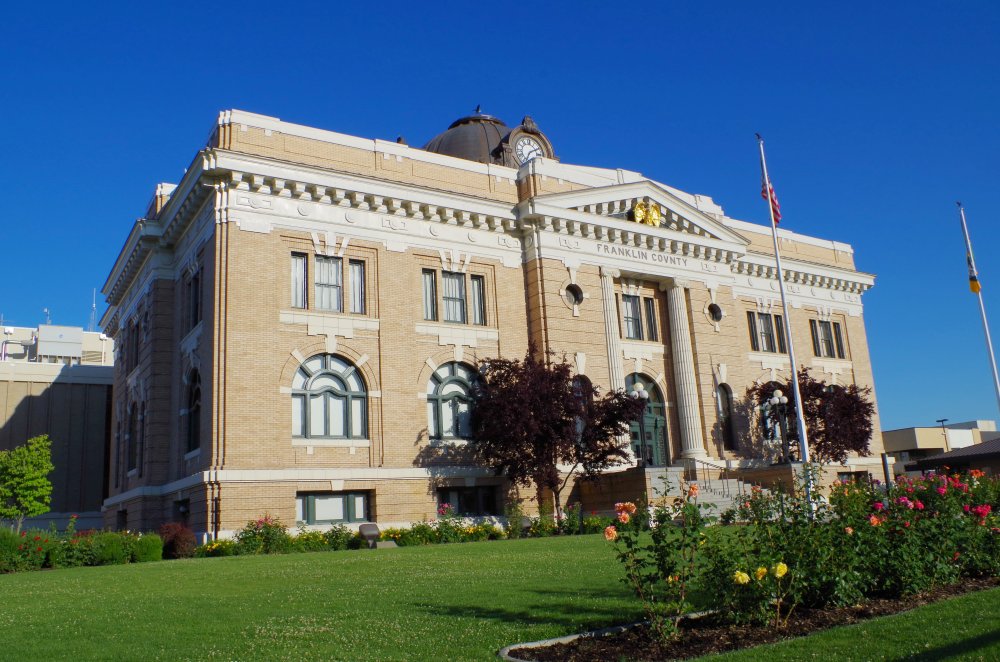 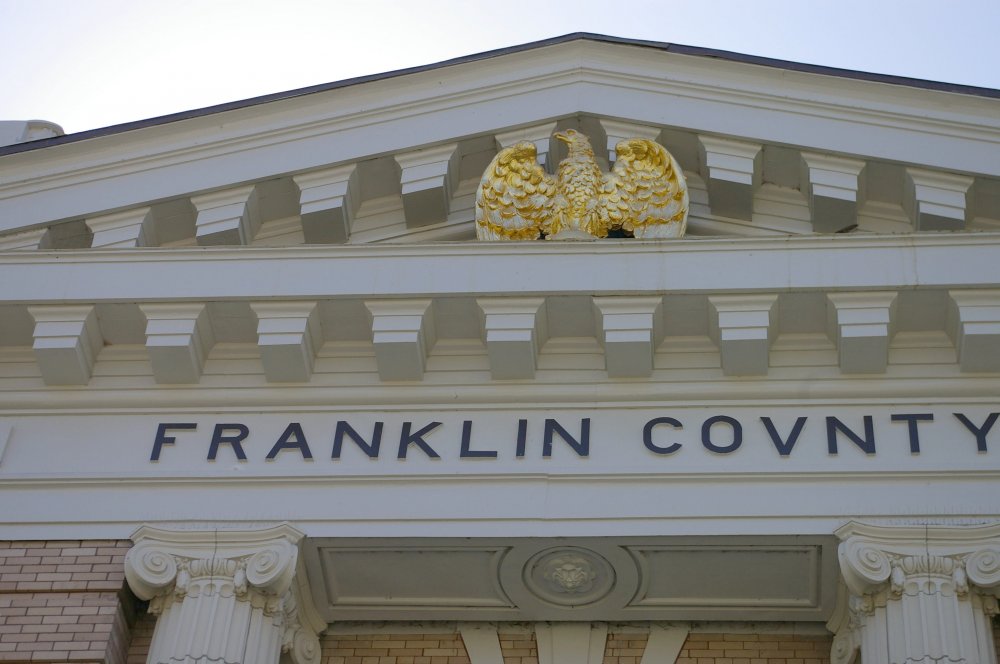 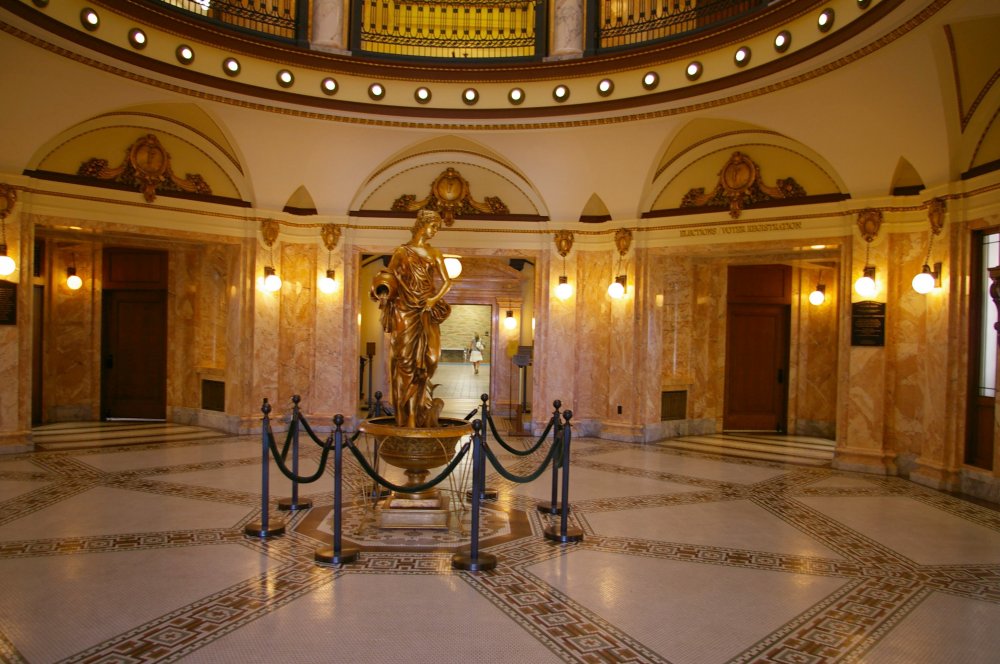