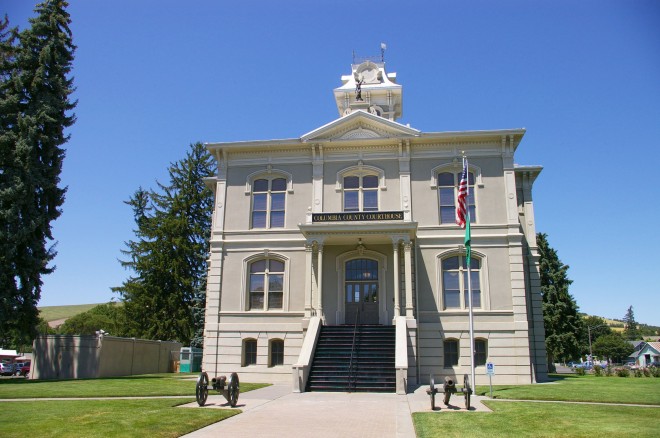 Columbia County is named for the Columbia River. 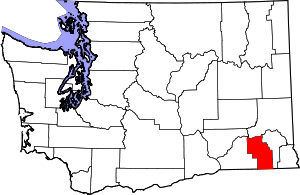 Description:  The building  faces southeast and is a two story gray colored Dexter brick and timber structure. The building is located on landscaped grounds in the center of Dayton. The south front has a small one story portico with balcony. Both front and rear have a 12 foot wide stairway, constructed of embosse cast iron and supported by a concrete foundation. The east and west sides project from the main building. There is a wide eave at the roof line. Above the central south front and north peaks are a bronze Statue of Justice complete with sword and scales. On the east and west peaks are eagle statues. On the center of the roof is a square wood cupola with a railing at the top. In the interior there is wood trim. A central double wooden stairway rises to the second story where the courtroom is located having a 19 foot ceiling.  The building houses the County Superior Court and the County District Court. The building experienced a major renovation to restore the exterior ornamental detail between 1991 and 1993.

Note:  The courthouse is the oldest courthouse in Washington still in use as a courthouse. The construction contract for the building was awarded at a price of $32,732. A J Dexter received $10,745, for the stone, brick and concrete work. Kribs, Bishop and Arnold were paid $21,987 for the carpentry work. W H Burrows, an architect, was employed as superintendent of construction for a salary of $1,637. The four steel jail cells in use today cost an additional $3,700. The bricks used in the courthouse were reportedly made of local clay in the local Dexter Kiln. 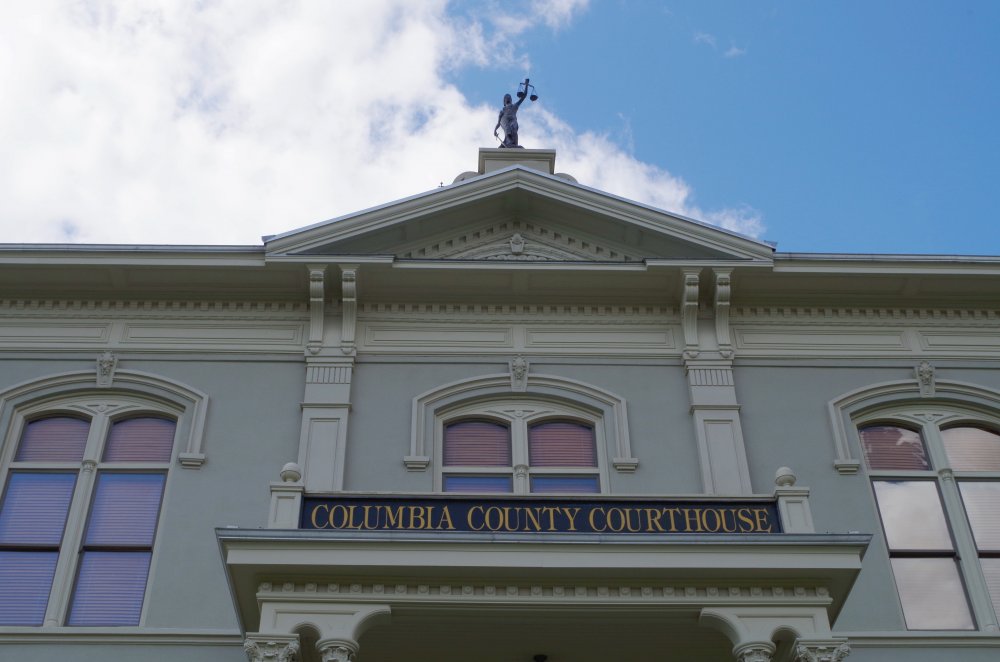 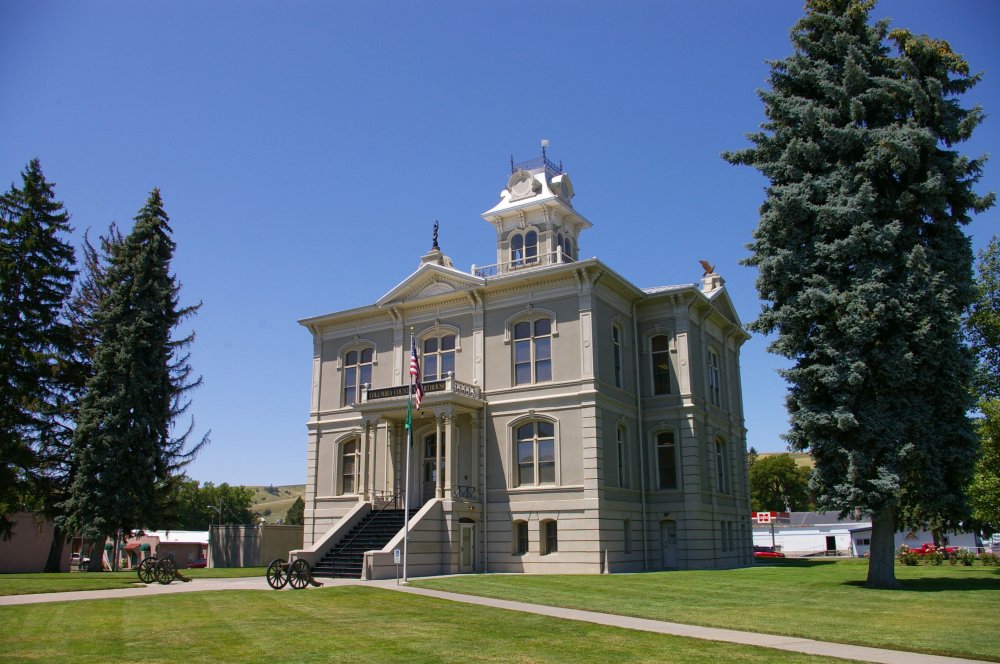 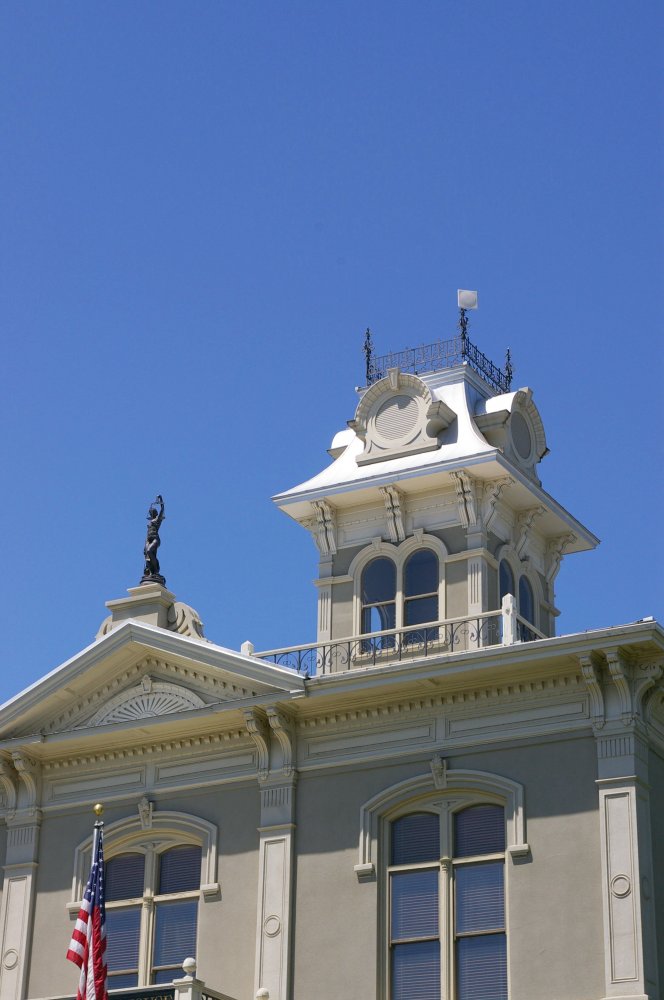 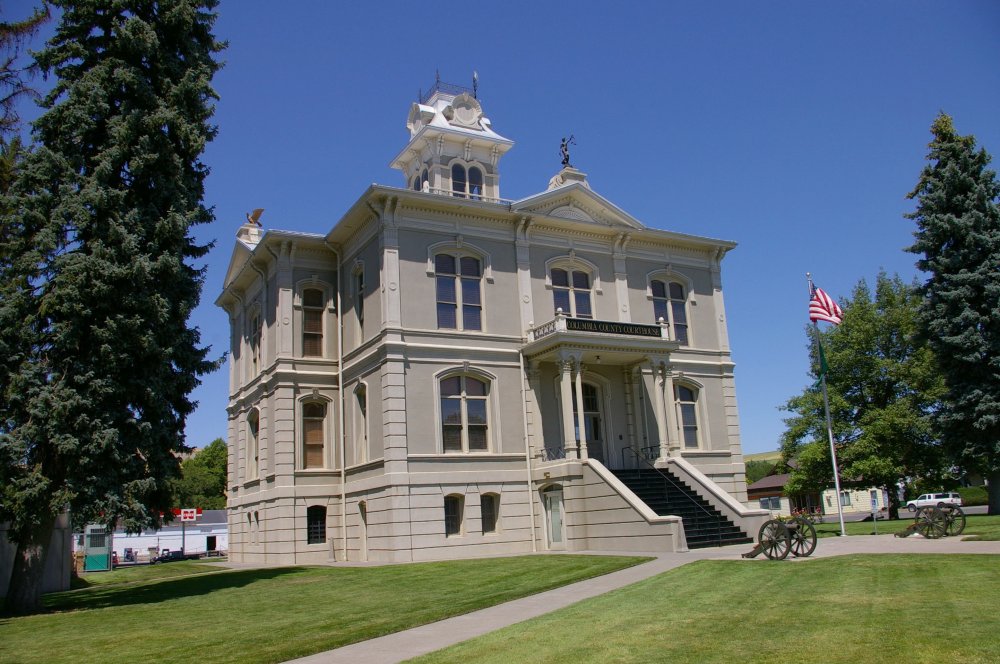 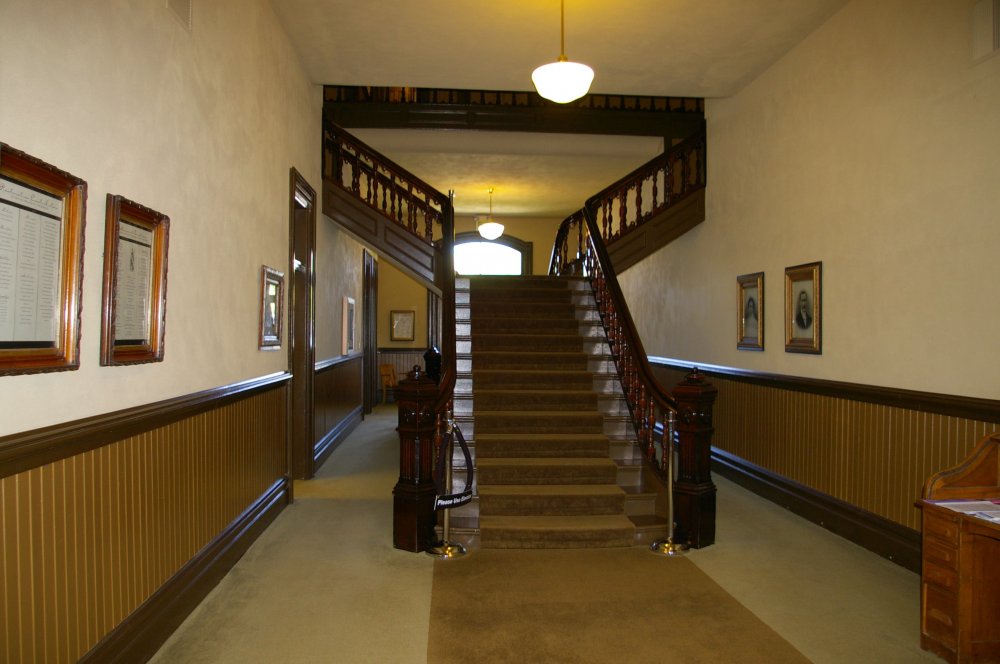 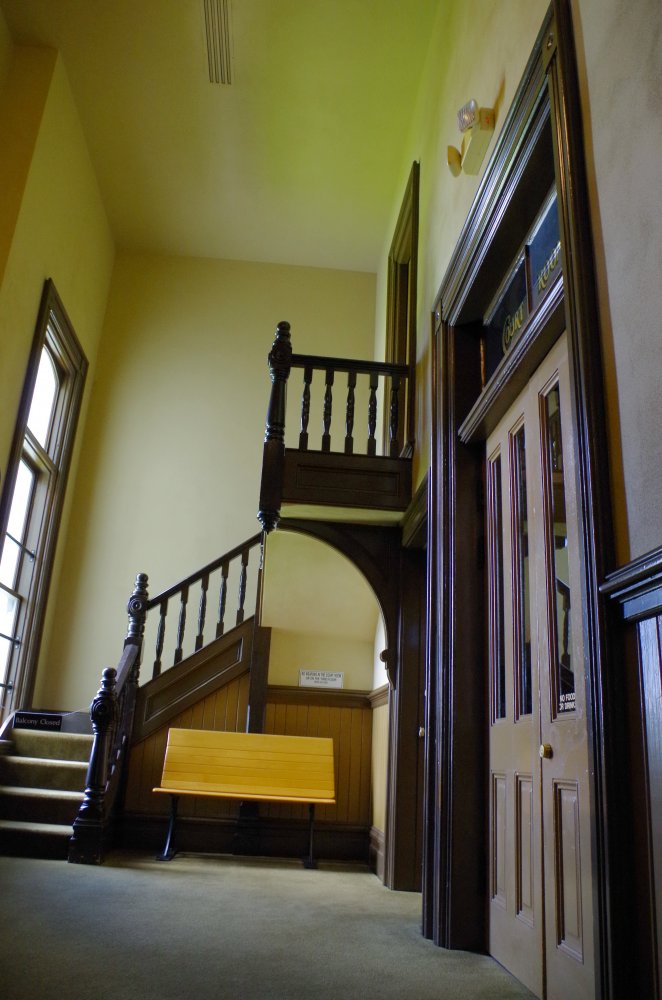 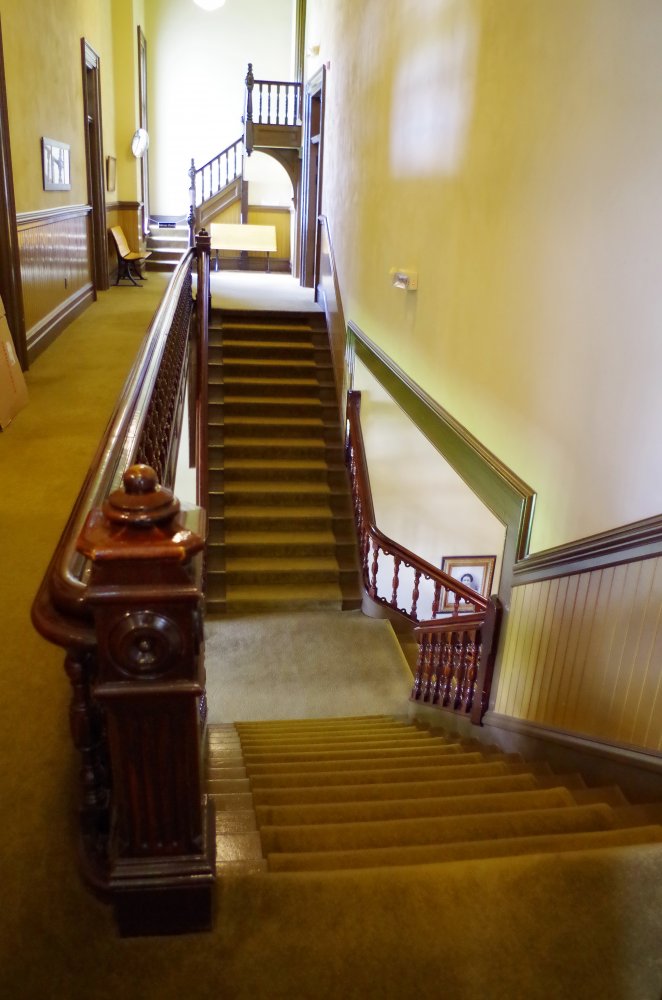 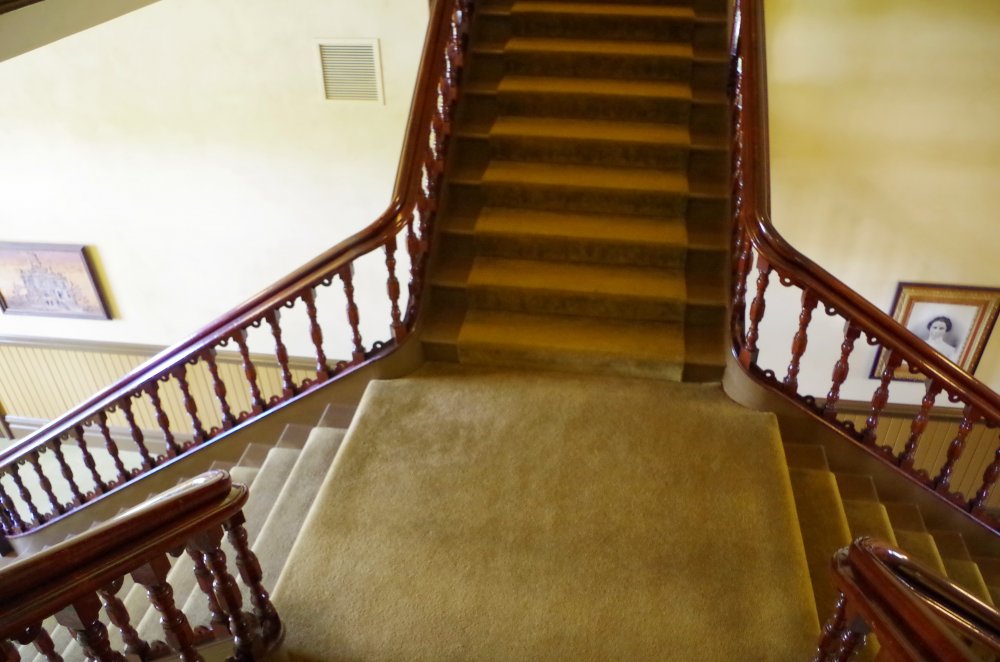 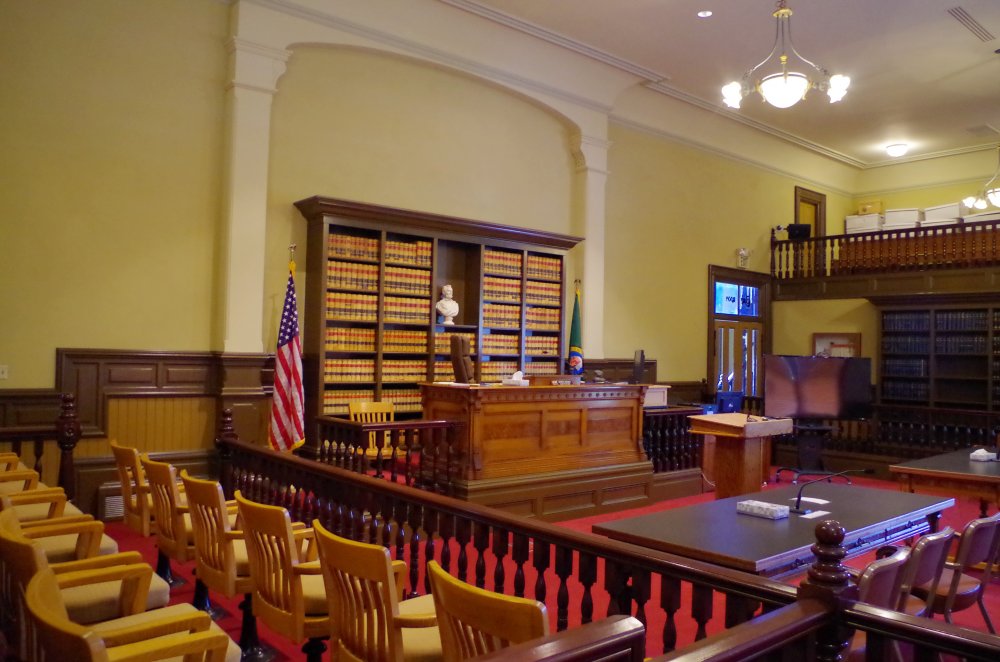 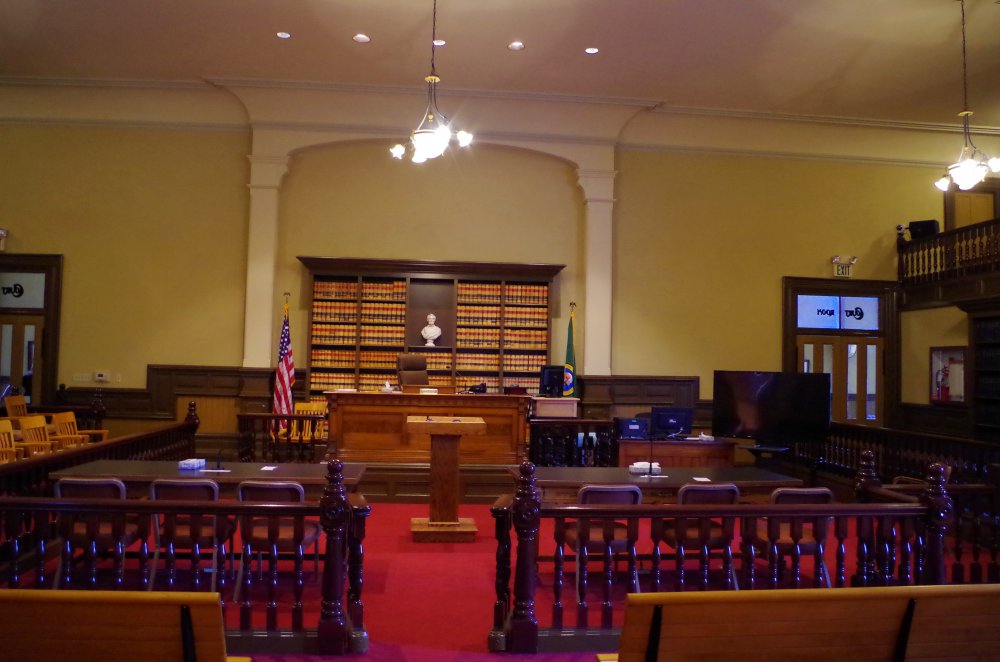 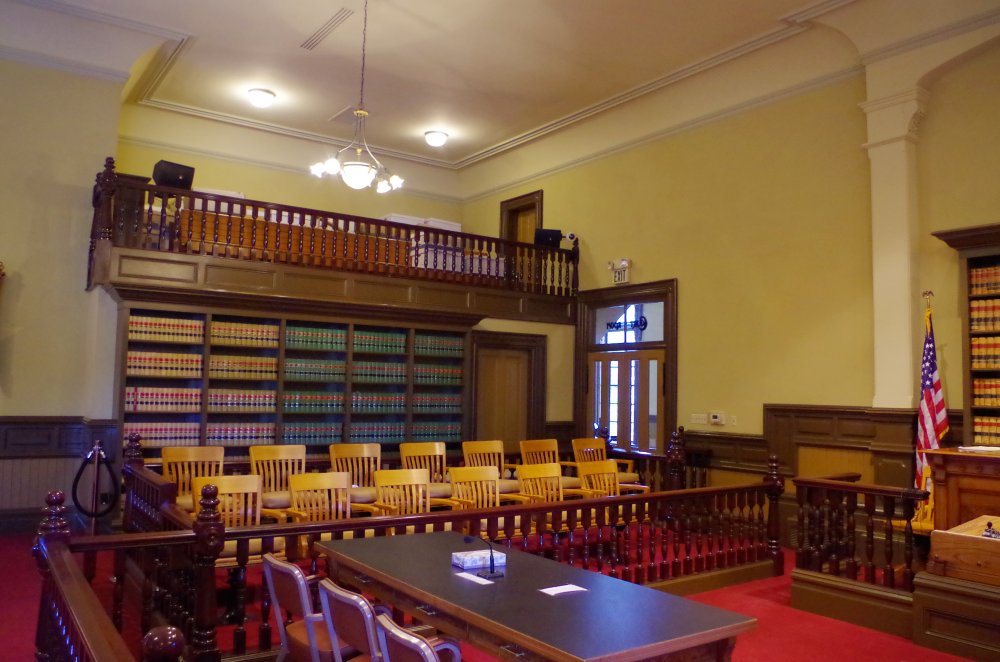 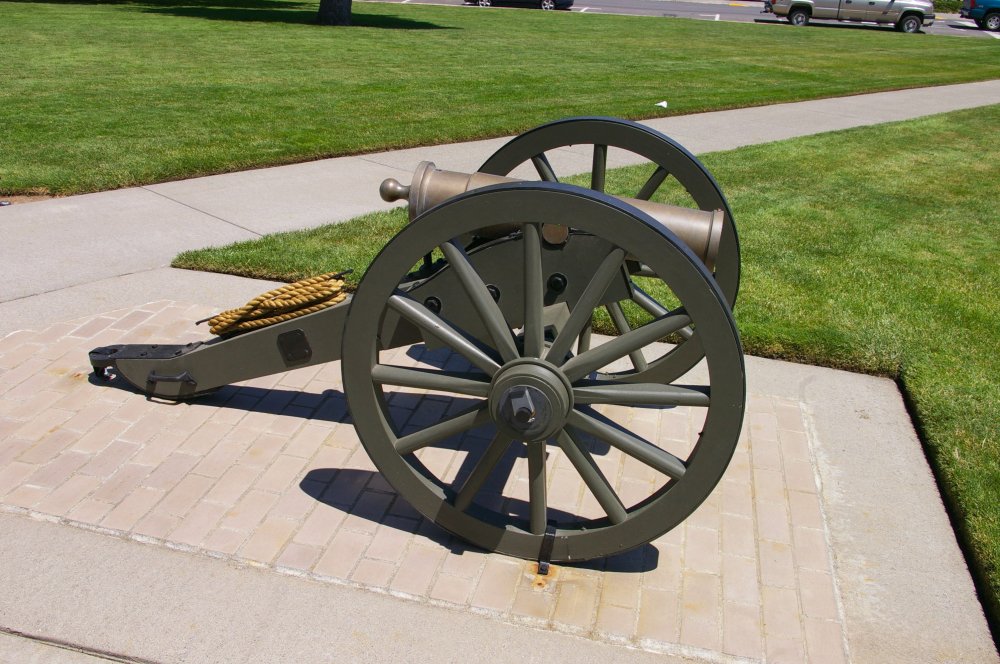